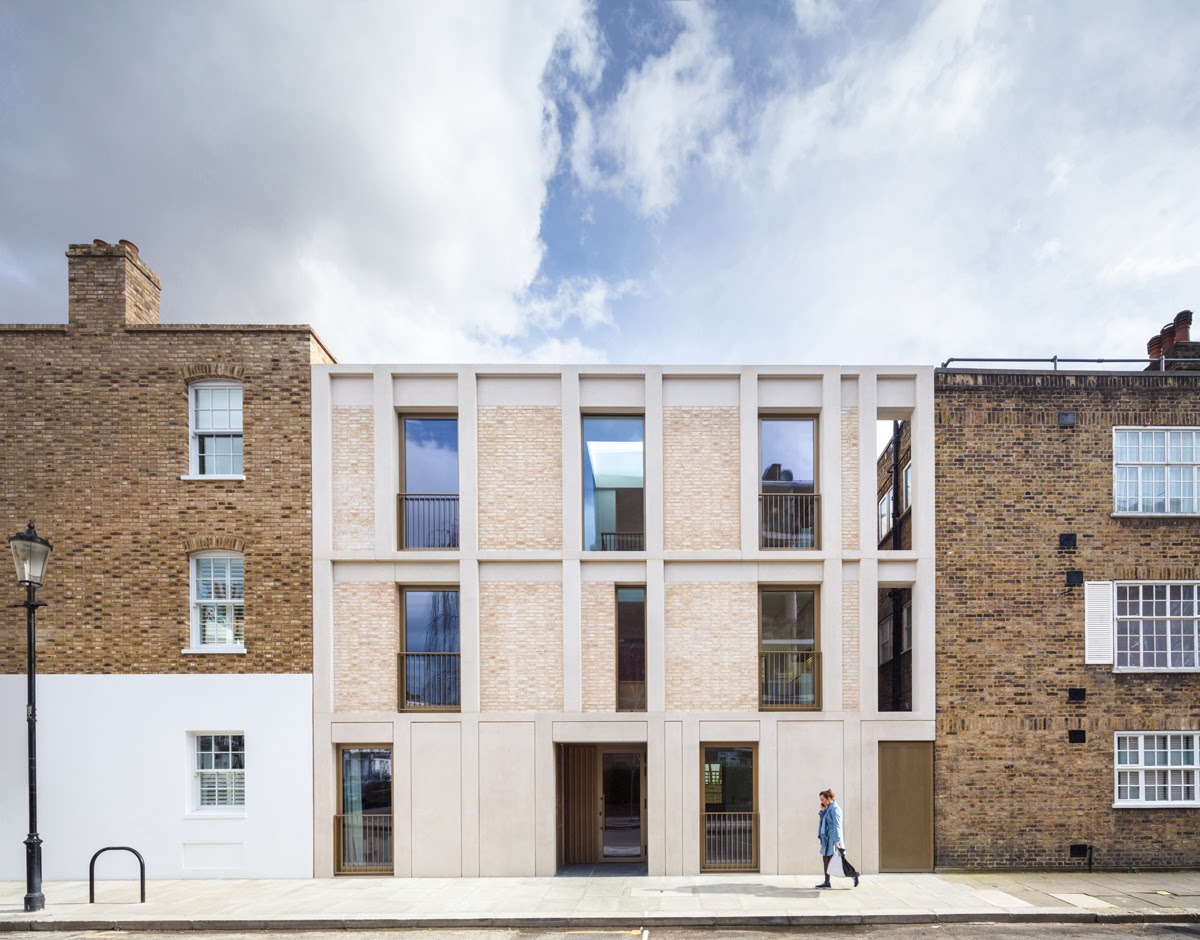 Compositionally, the façade reinterprets the townhouses of adjacent Rawlings Street, with a precast stone base providing a distinction between the ground floor and upper storeys, which borrow from the same language of brick walls punctured by stone framed openings. The expressed precast framing, vertical window proportions and their asymmetrical relationship are designed to draw from the surrounding context whilst providing a façade that is visually engaging. Window openings and the precast framing are accentuated with deep reveals whilst visually connecting with skylights or the sky beyond. The scheme maintains a gap with the neighbouring building that is prominent in the rest of the streetscape.

The façade is complemented by the interiors, which feature a warm contemporary palette and materials including timber and brass. Next to the glazed full height entrance door is a fixed full-height glazed panel with a concertina powder-coated perforated metal screen which adds a delicate and inviting quality to the entrance lobby. The screen is backlit at night with access lighting to accentuate the entrance.

The building’s material palette was carefully considered, and is a contemporary take on the local context. Pale Petersen bricks, laid on a Flemish bond, typical of the surrounding context and precast Portland stone echo the neighbouring buildings. This attractive bond offers a finer grain to the façade and also echoes the surrounding townscape. The Petersen bricks are handmade and coal-fired in Denmark and their distinctive proportions are particularly well suited to the project. Their dimensions follow the Danish format with longer and thinner proportions than the UK brick standard, forming a finer horizontal striation, elegantly juxtaposed against the vertical stone rhythm.

The clean lines of the refined building façade were achieved by close attention to detail. For example, careful detailing of the roof membrane allowed the roof flashing to be omitted so that it is not visible on the façade. The brickwork and precast are complemented by the simple and delicate metal window and balustrade detailing, all powder-coated with a slight reflectivity to playfully catch the sunlight in different ways throughout the day. The staggered window placements used on the building are characteristic of properties in the immediate area. The building massing is also broken down by framing deep-set window openings with pilasters to bring relief to the façade, as in surrounding houses in Rawlings Street. The openings are further articulated with simple and delicate metal work balconies with flat painted profiles, as seen on nearby Halsey Street, Cadogan Street and generally within the wider conservation area.

The building has been created using prefabricated panels, which has allowed for both quality control and to ensure a fast construction period that minimises on-site disruption to neighbours.

Dimitris Argyros, Associate at Haptic Architects, said: “By carefully constructing the panels in a controlled environment using highly skilled craftsmen we could ensure the absolute quality of each element. Similarly, we were able to inspect and snag the individual panels including each cast brick to ensure uniformity in colour before they arrived on site.”

The thick precast stone panels are completely air-tight whilst each 15mm panel joint is formed with two silicon layers, an inner structural layer and an outer water-proof layer. This provides superior air-tightness to the façade that improves the building’s overall sustainability credentials. In addition, vapour control barriers commonly used in traditional cavity wall constructions were omitted.

Both the sliding and tilt&turn windows were installed behind the stone and brick-work panels, with bracket fixings cast in the form work. This enabled the window frames to be partly concealed thus creating elegant slimline proportions from the outside. Similarly, the balustrade fixings were all cast on the stone or brick reveals, ensuring simple and crisp details and preventing any drilling on site thus reducing noise pollution for neighbours during the build process. 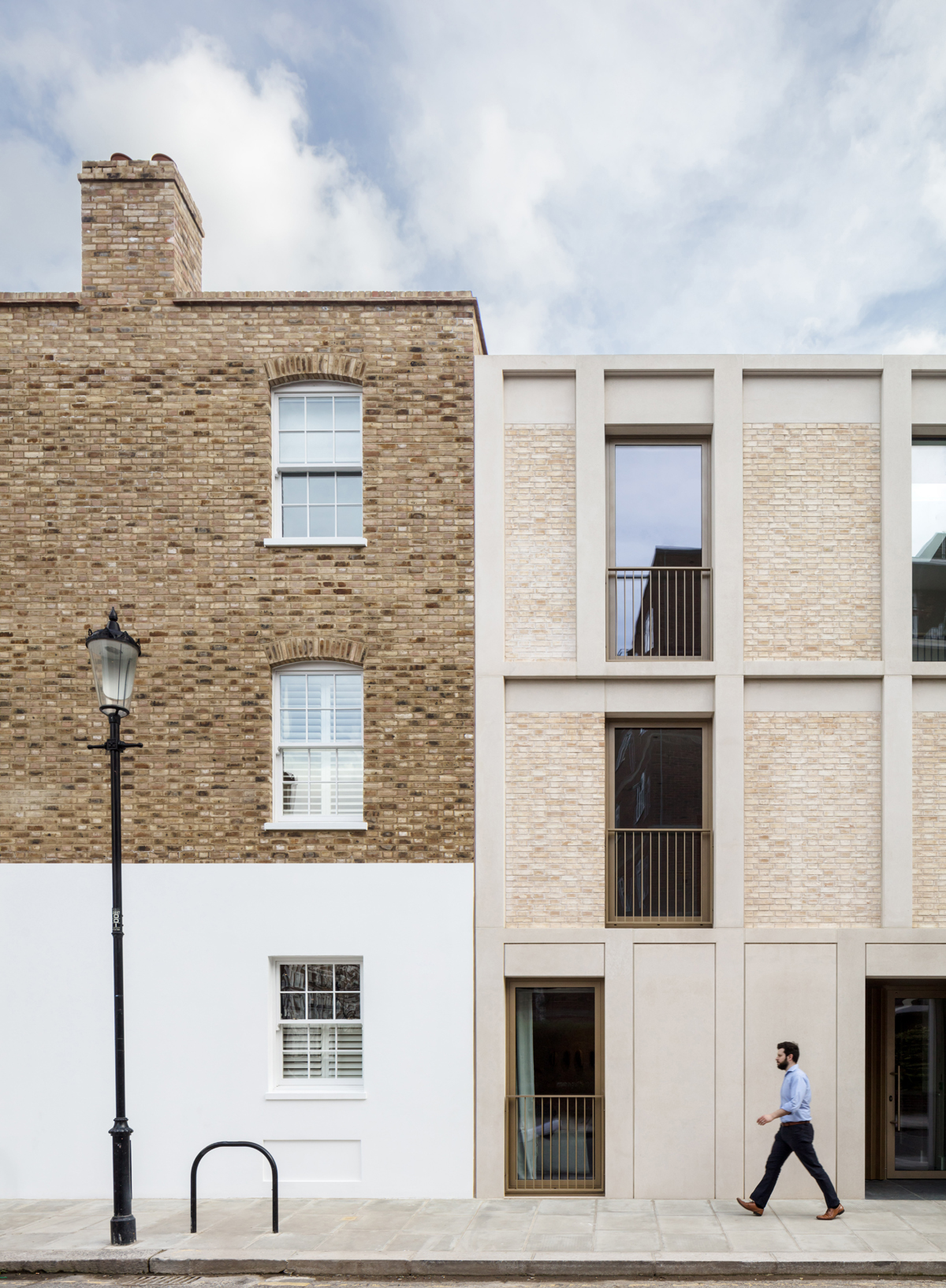 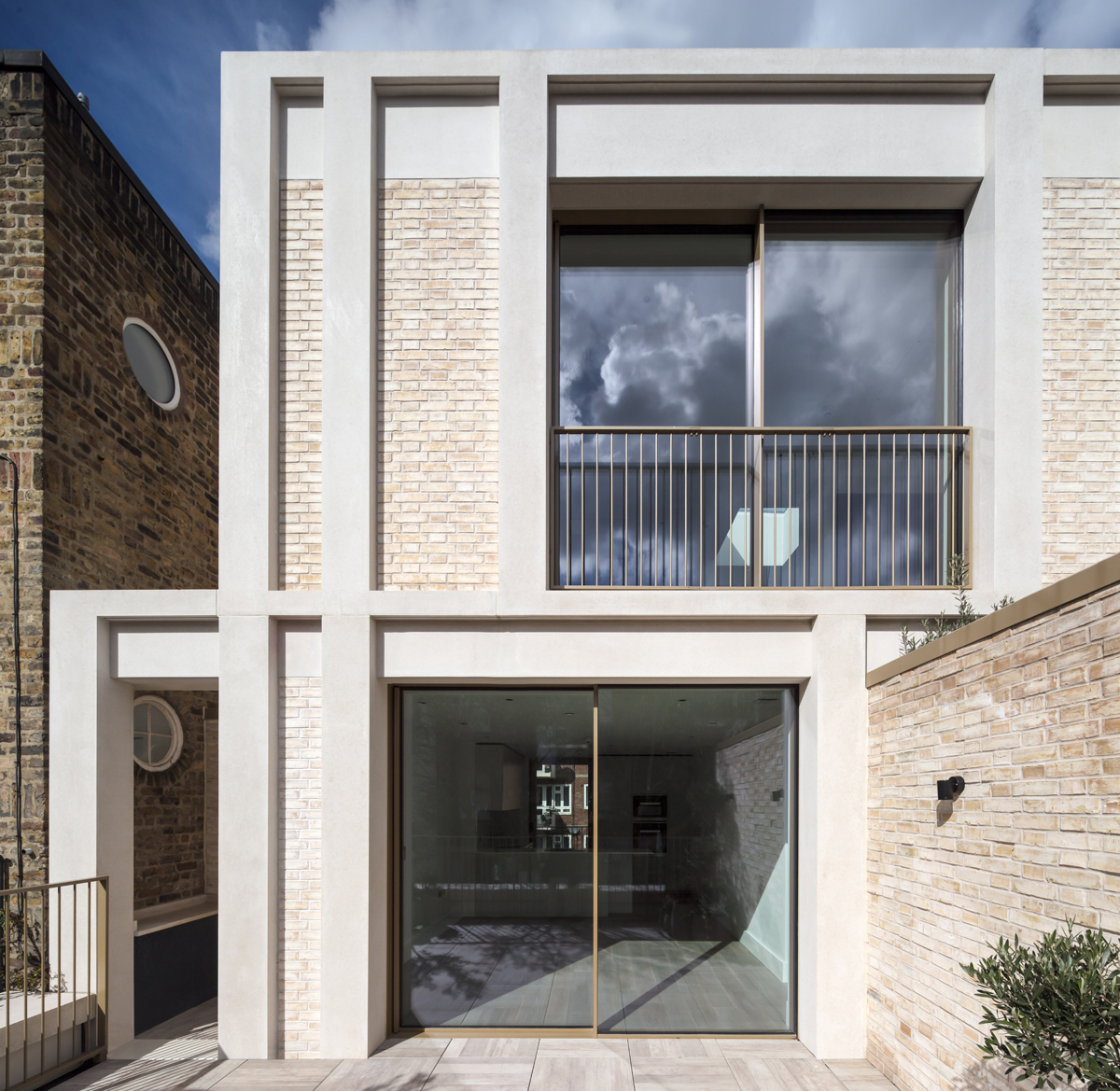 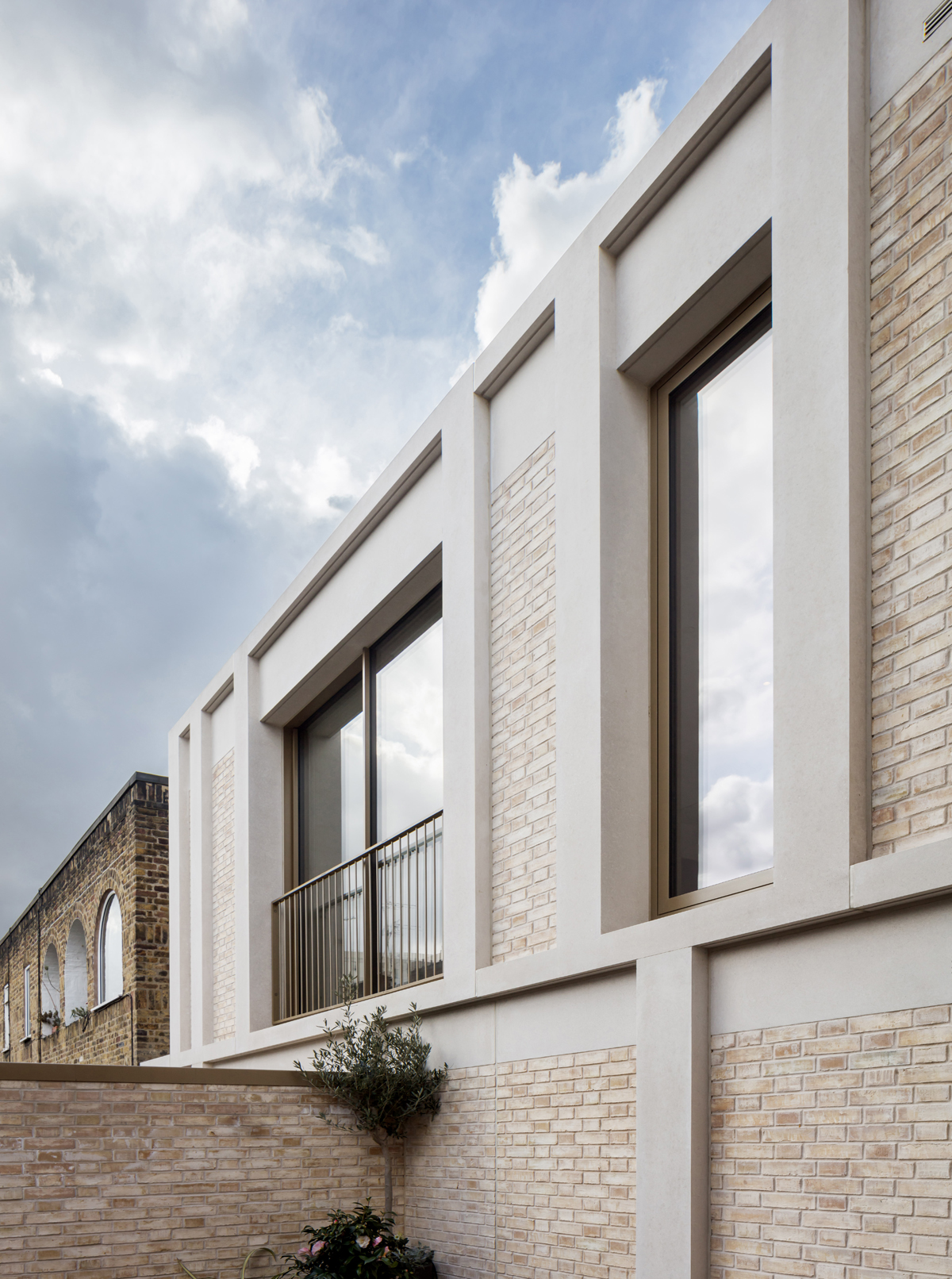 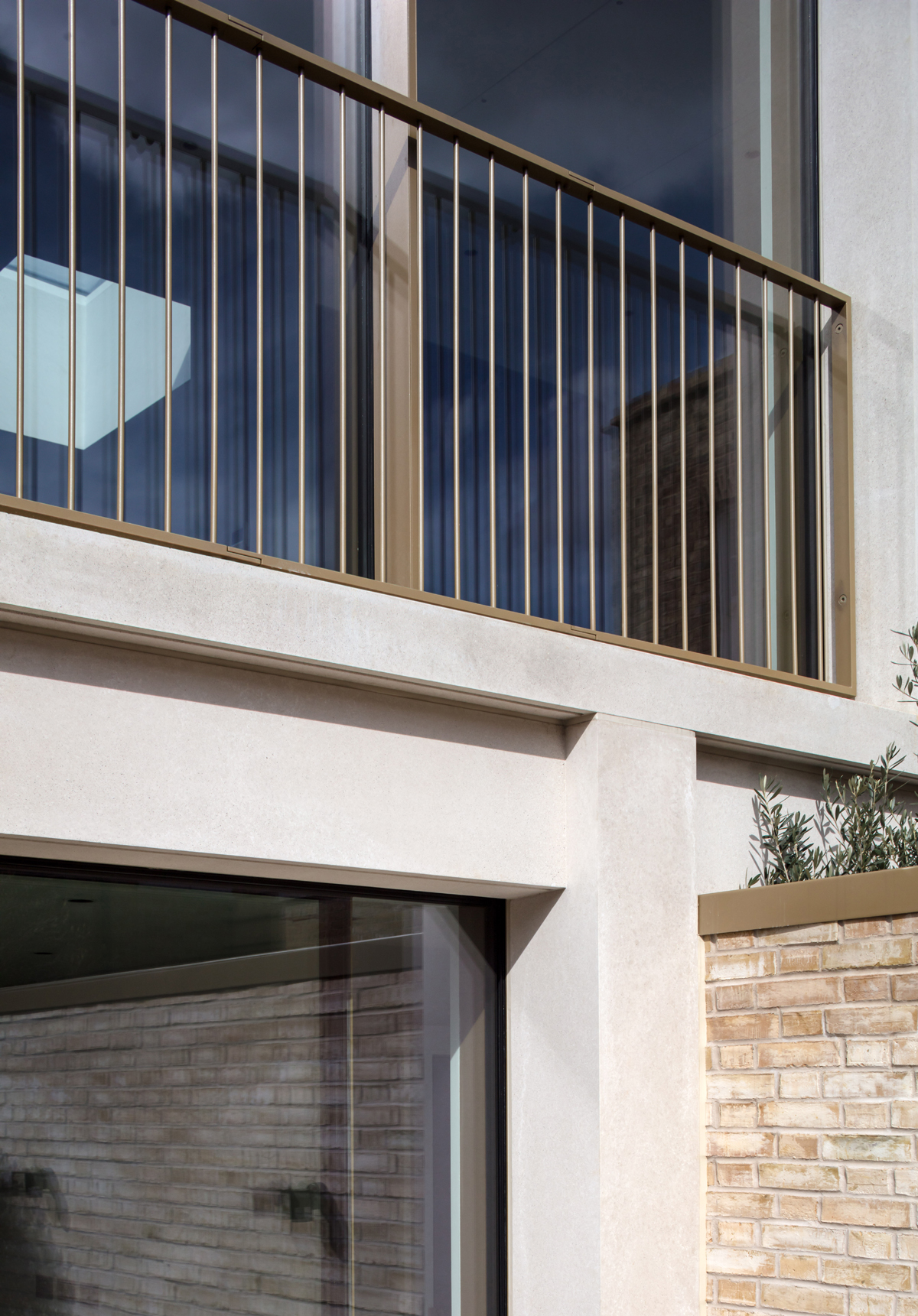 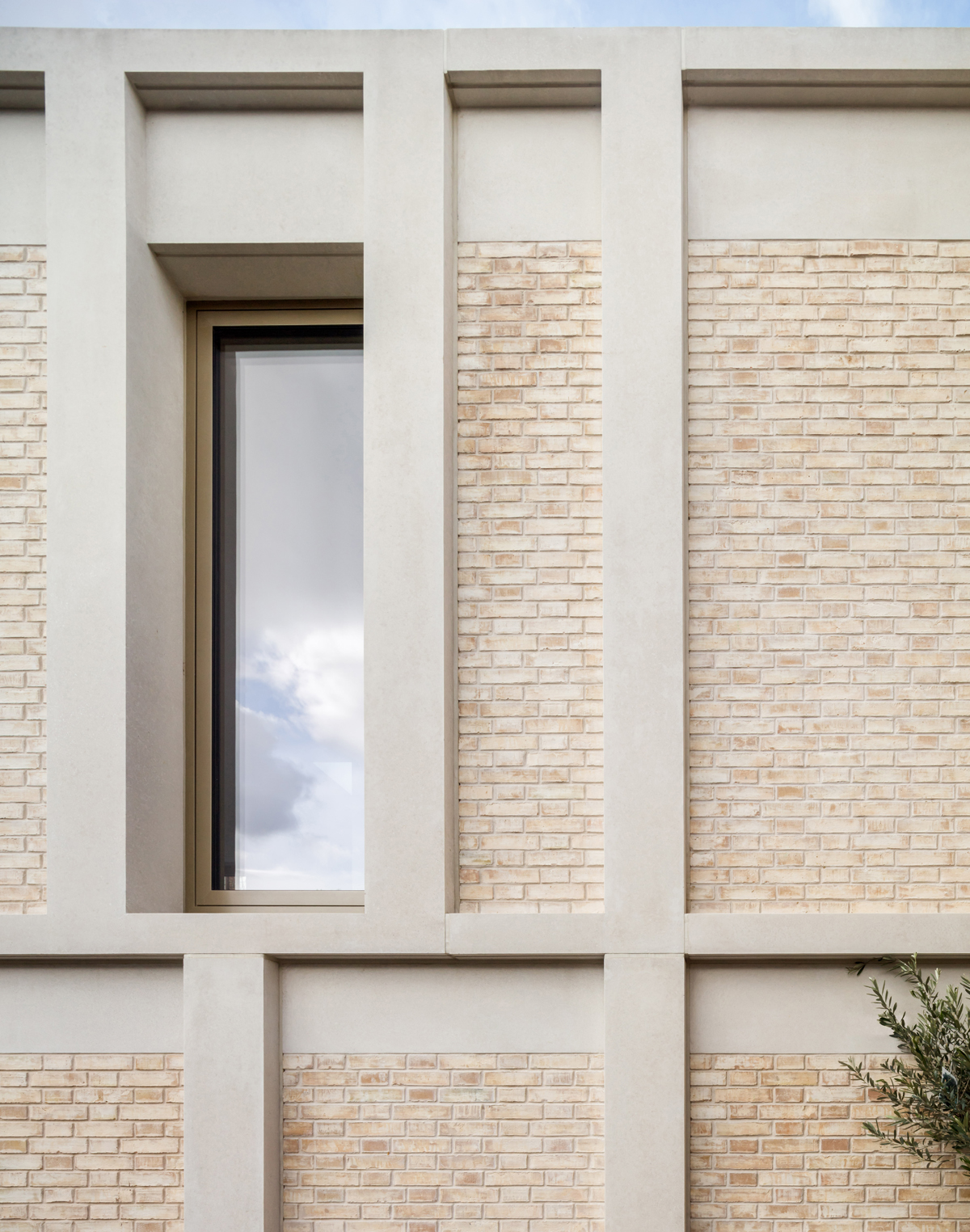 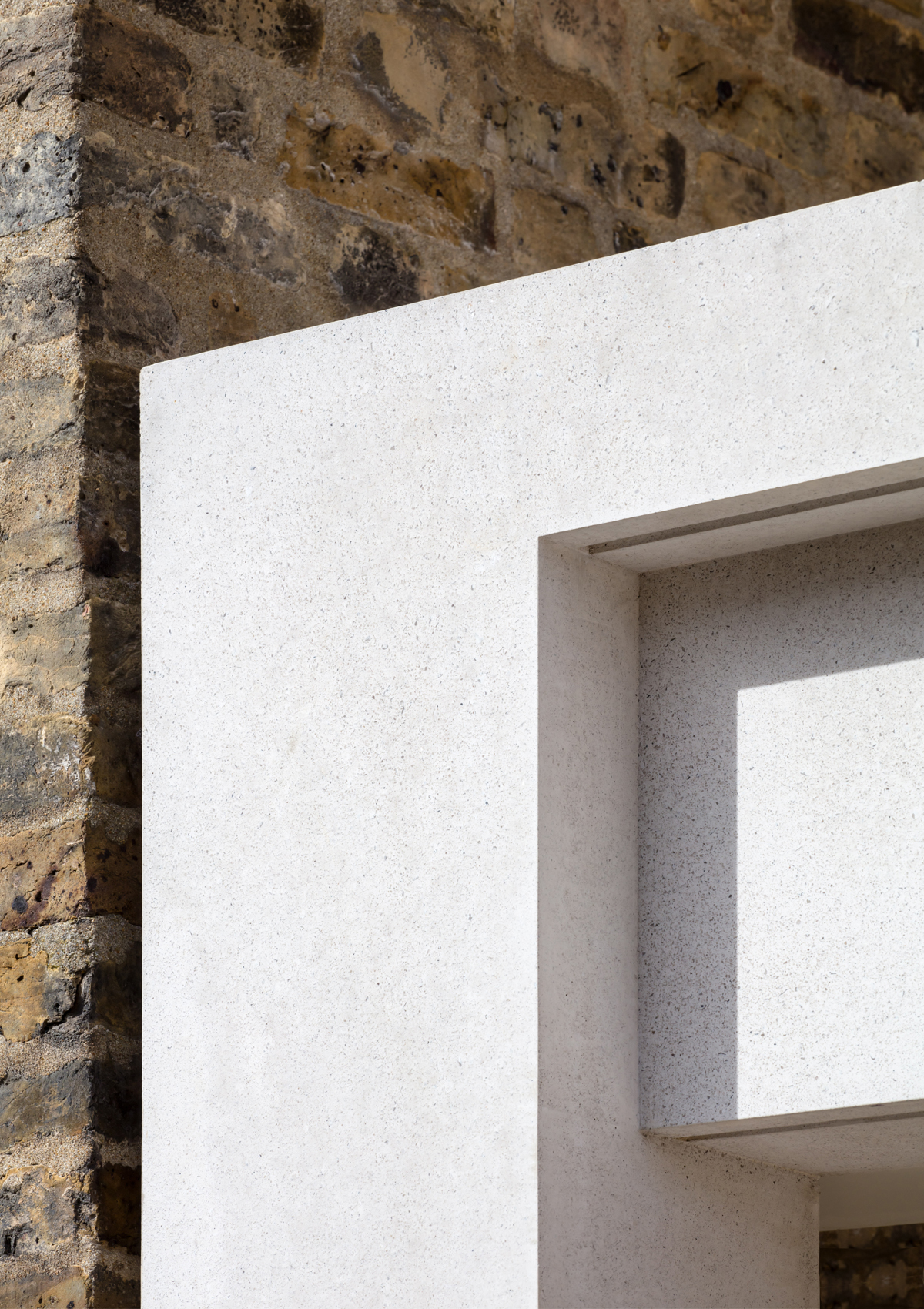 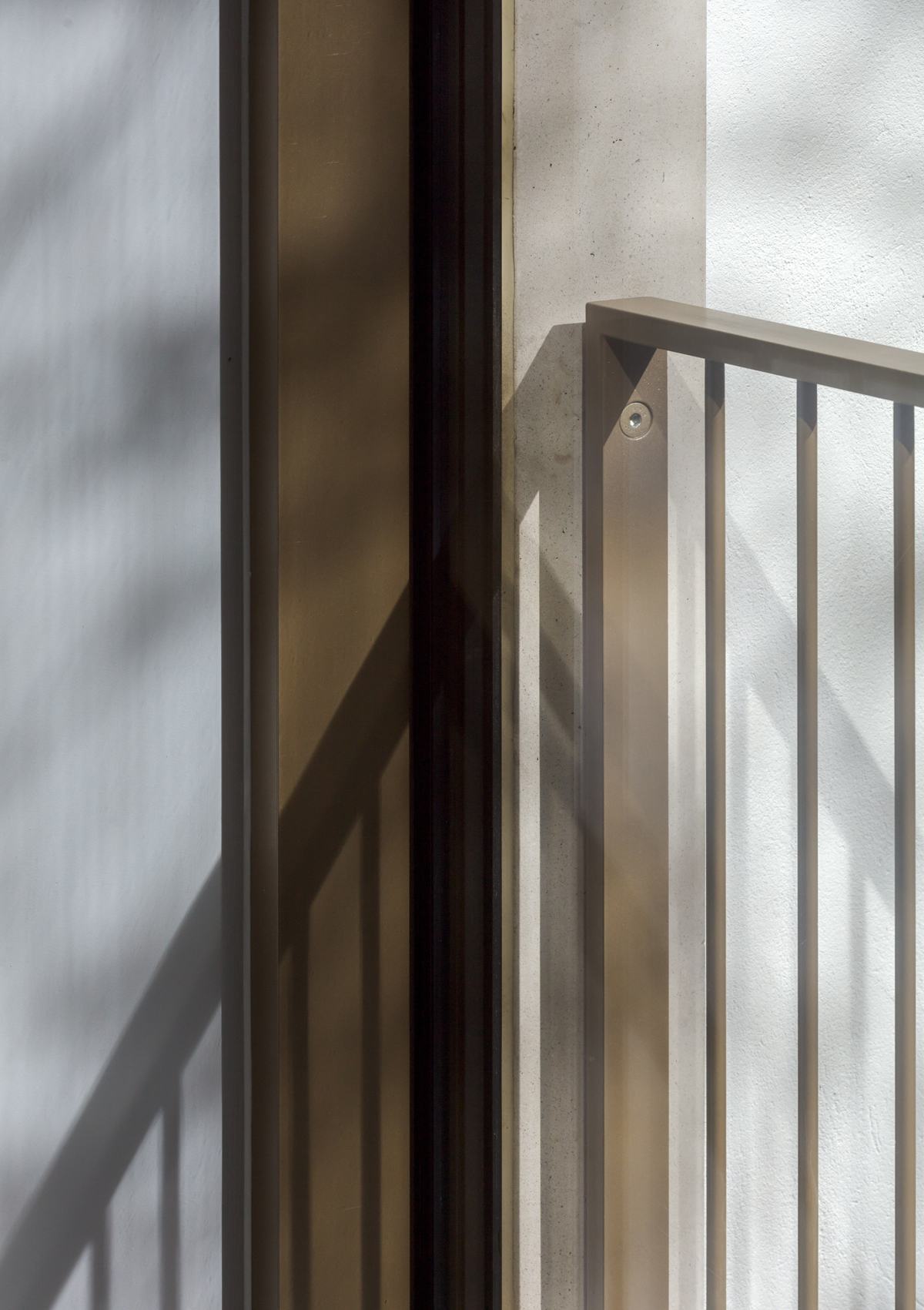 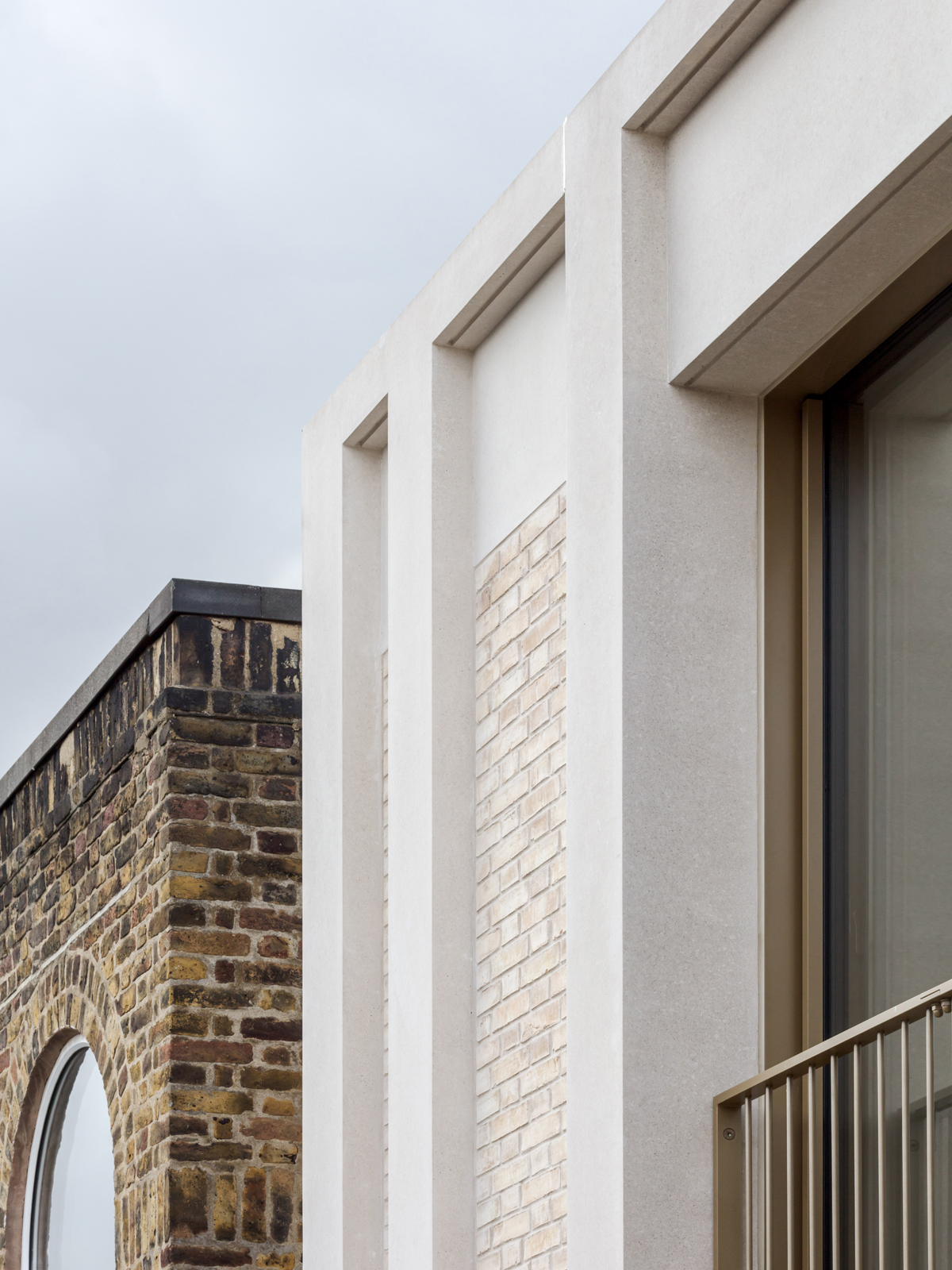 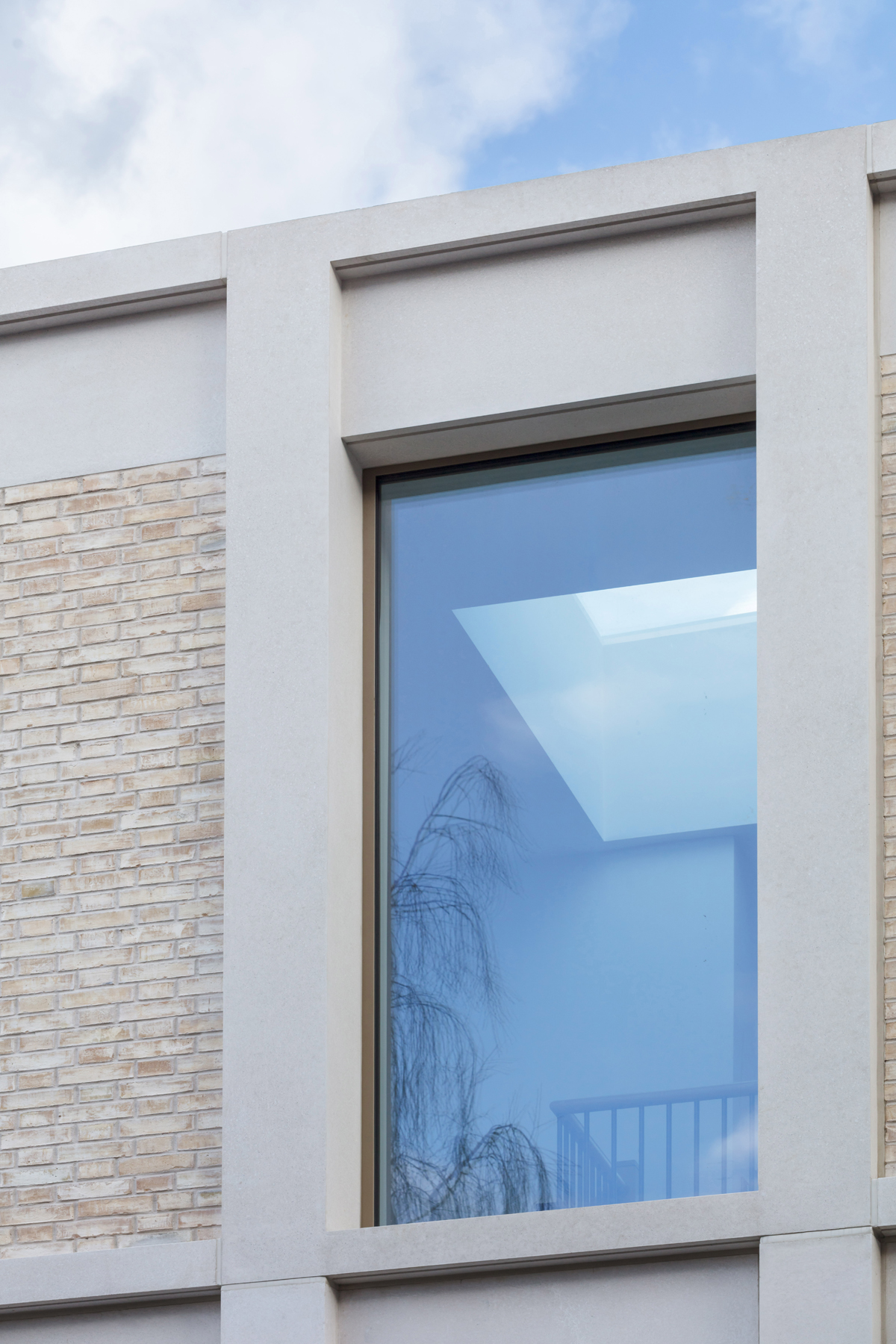 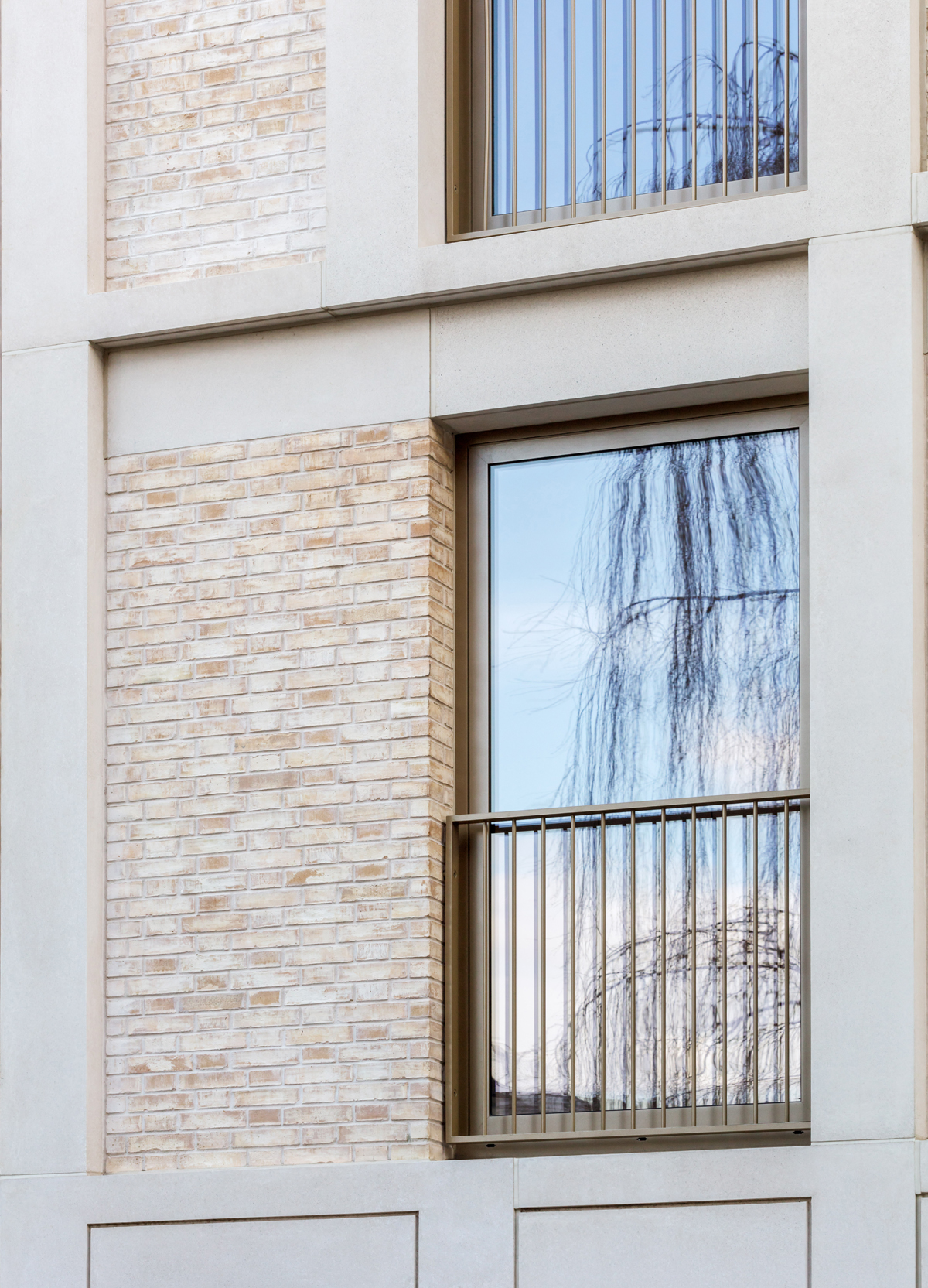 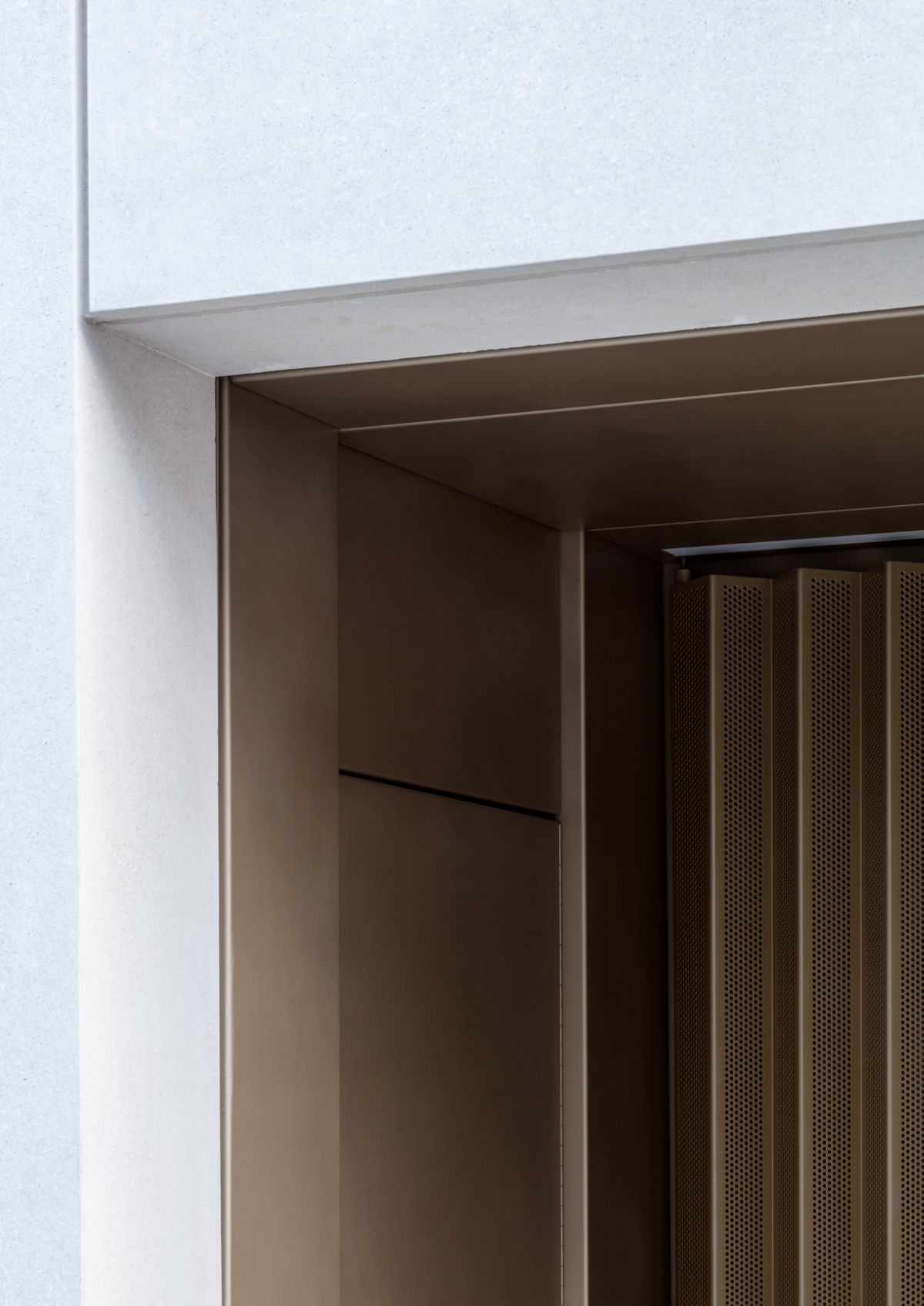 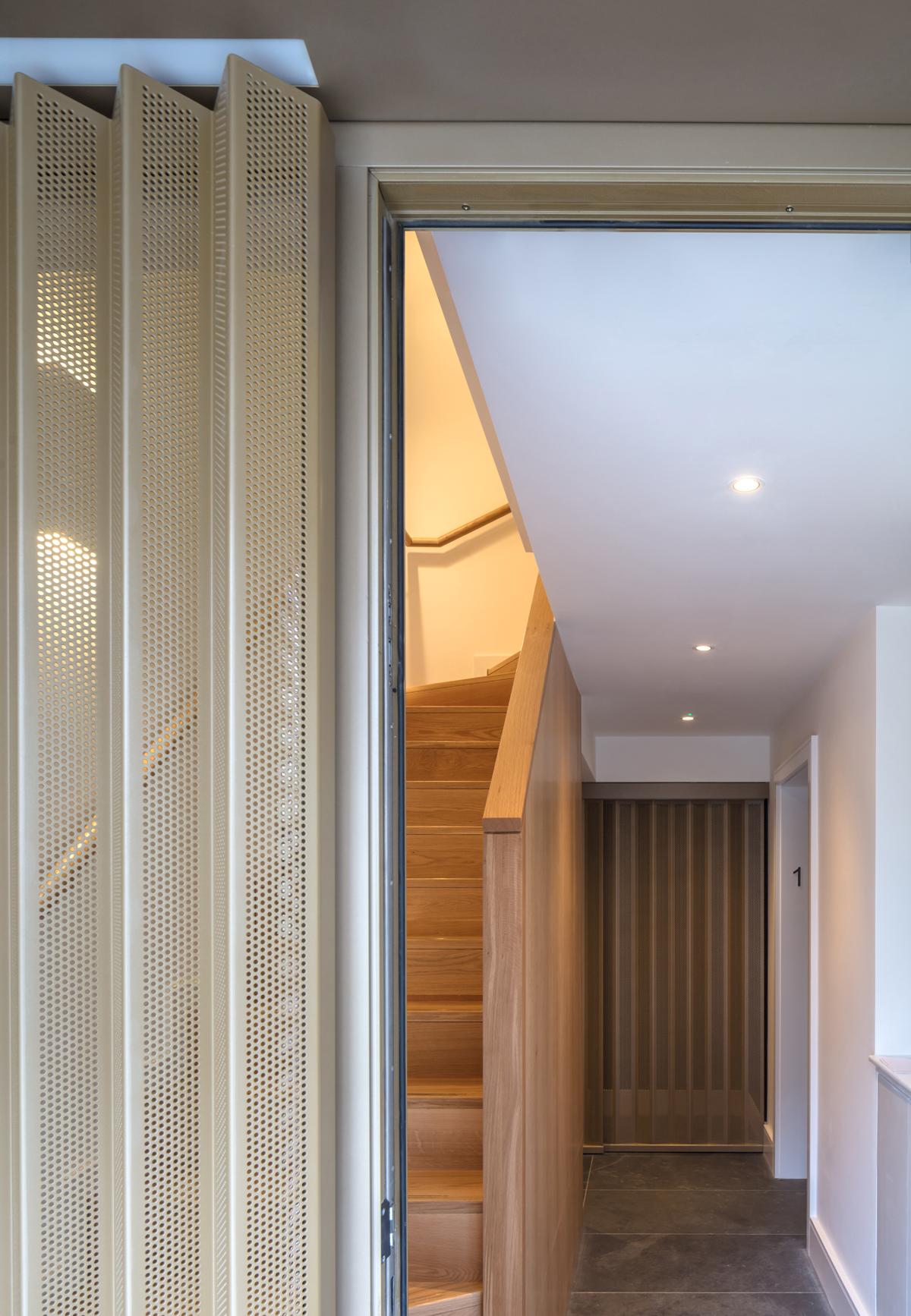 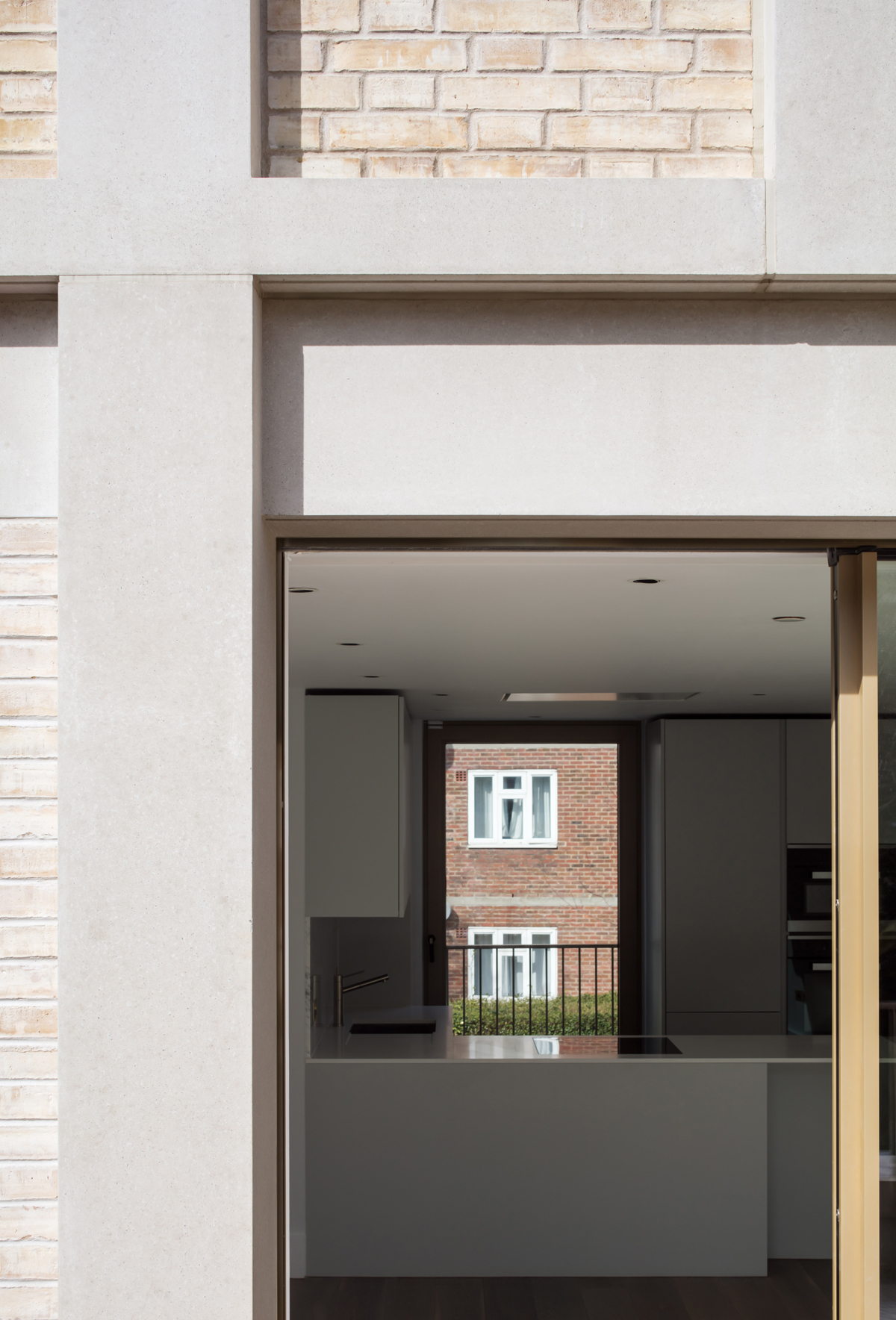 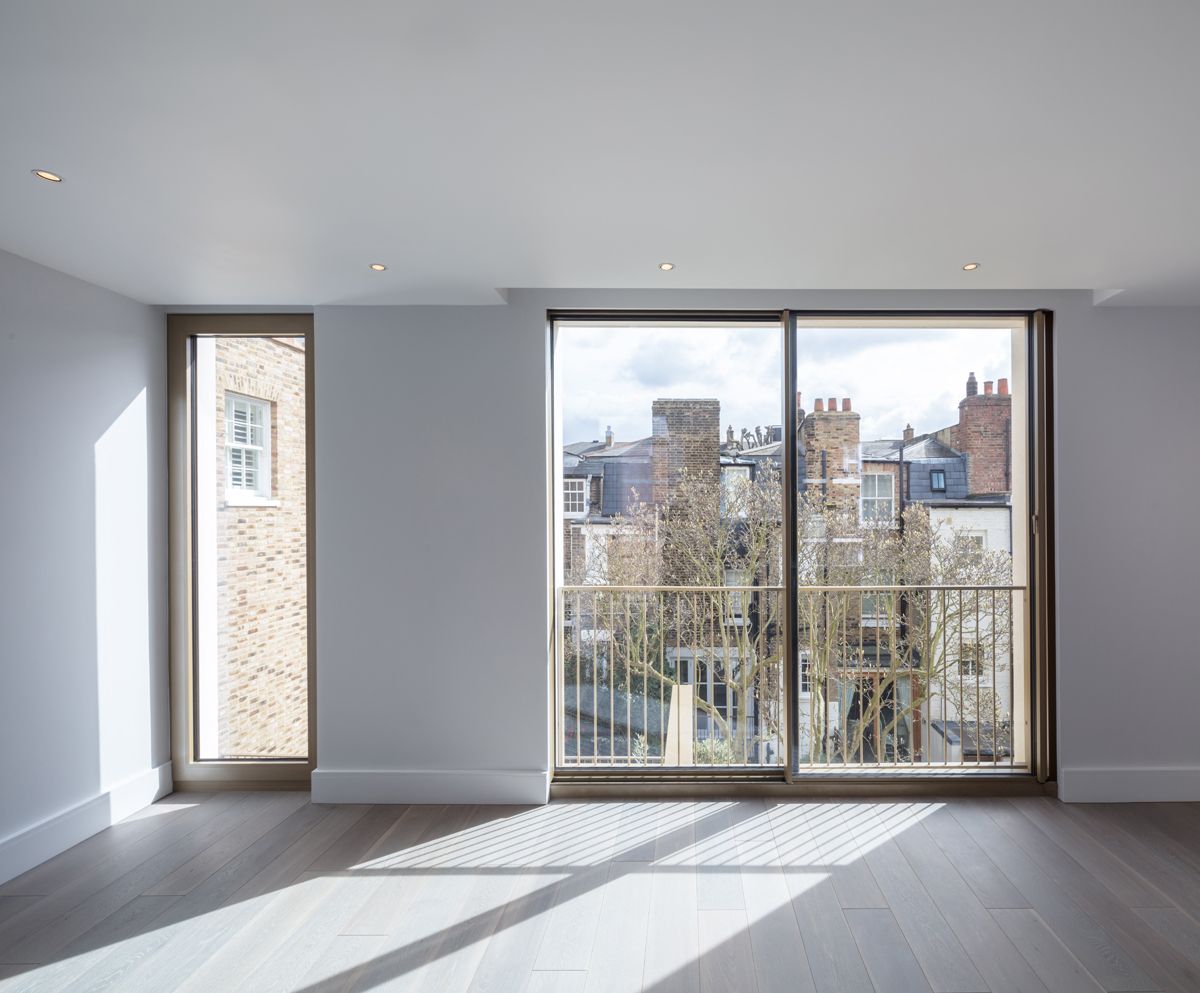 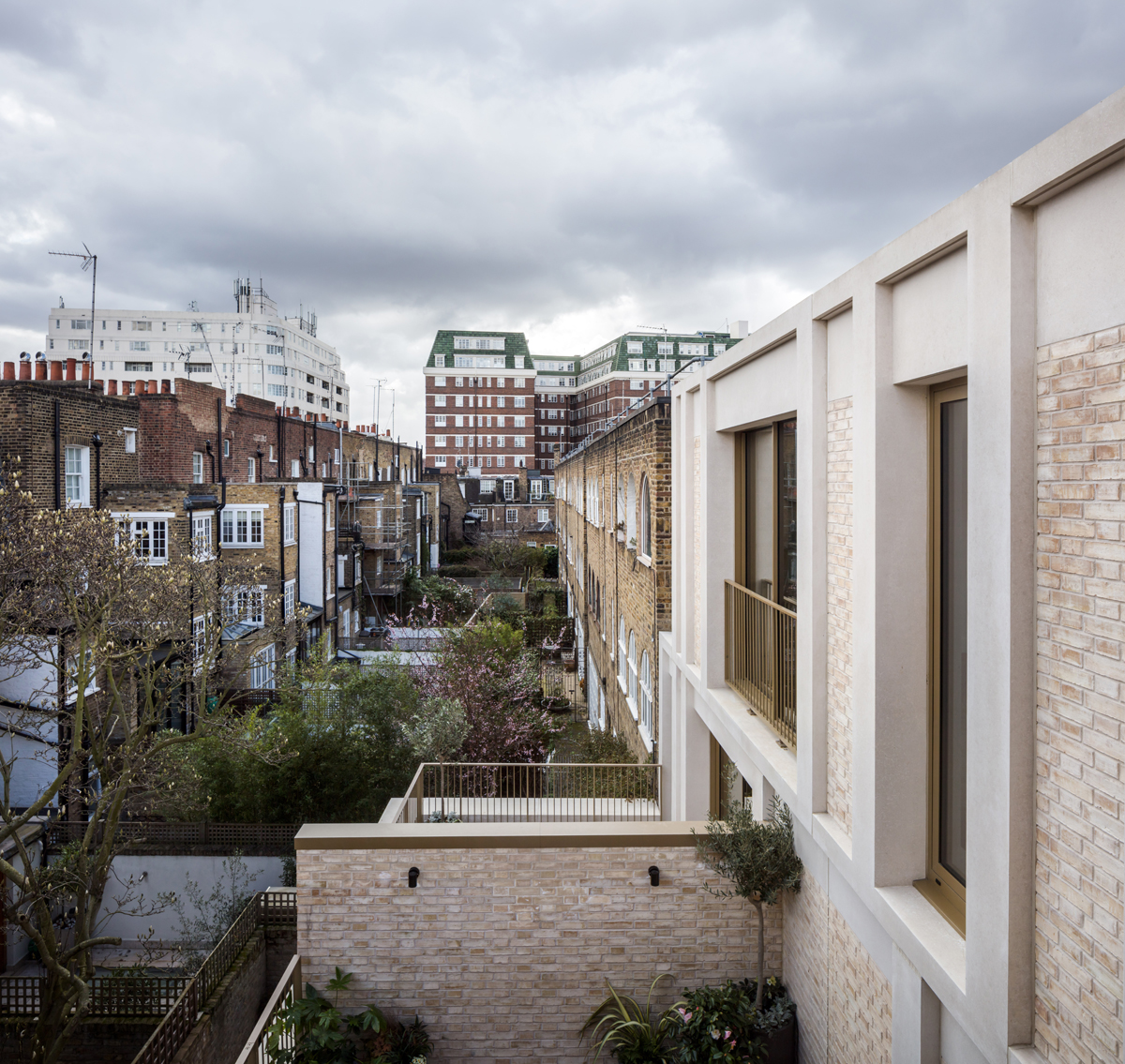 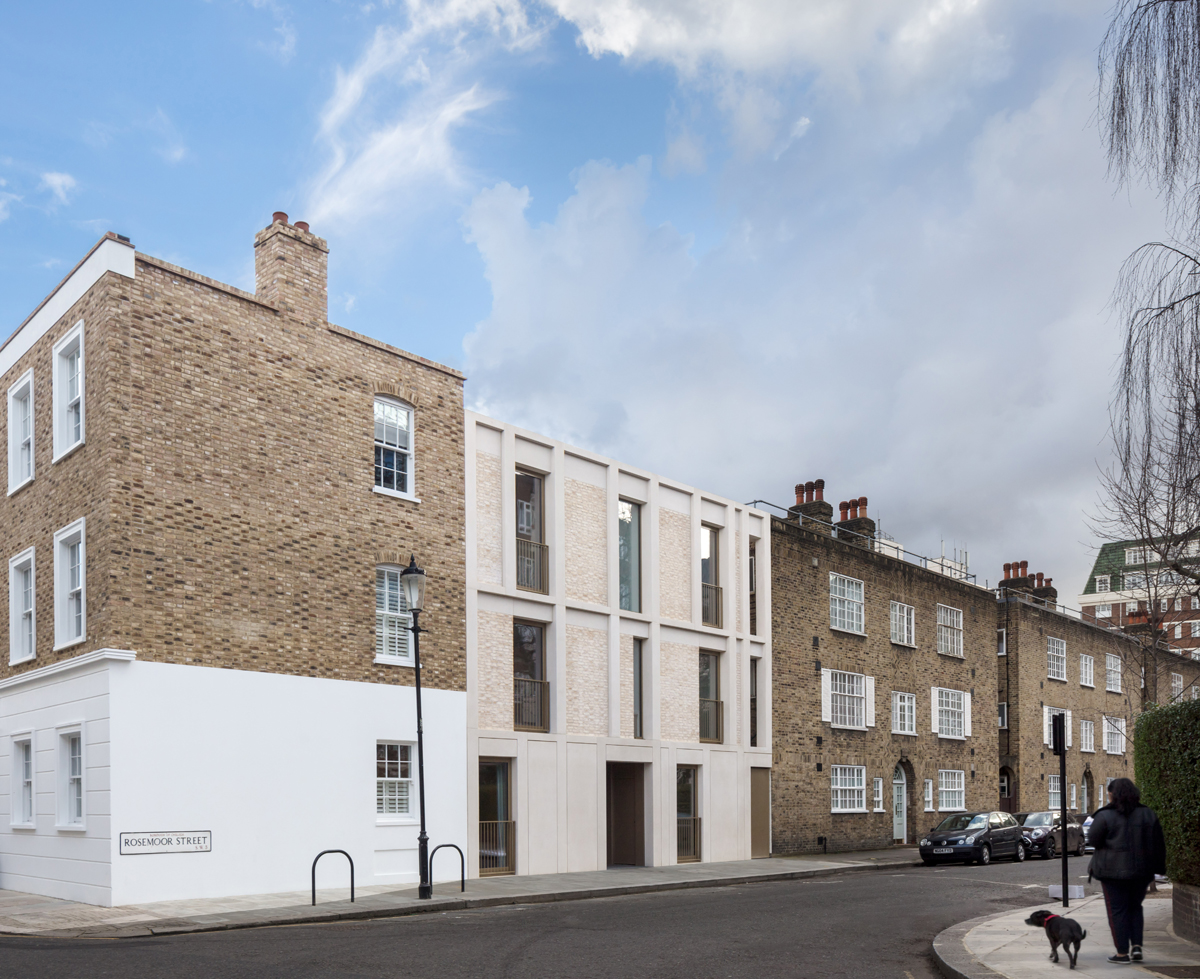 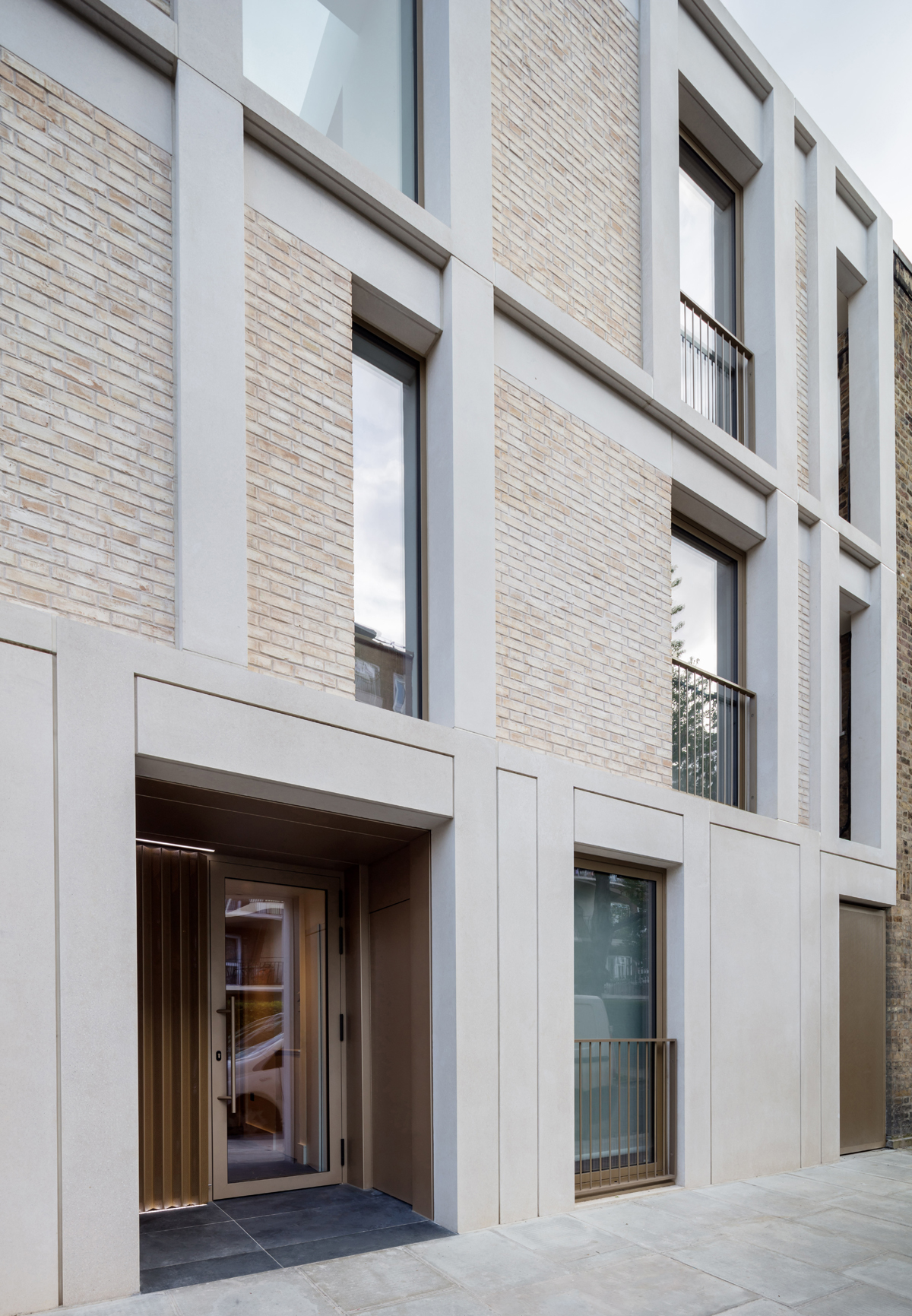 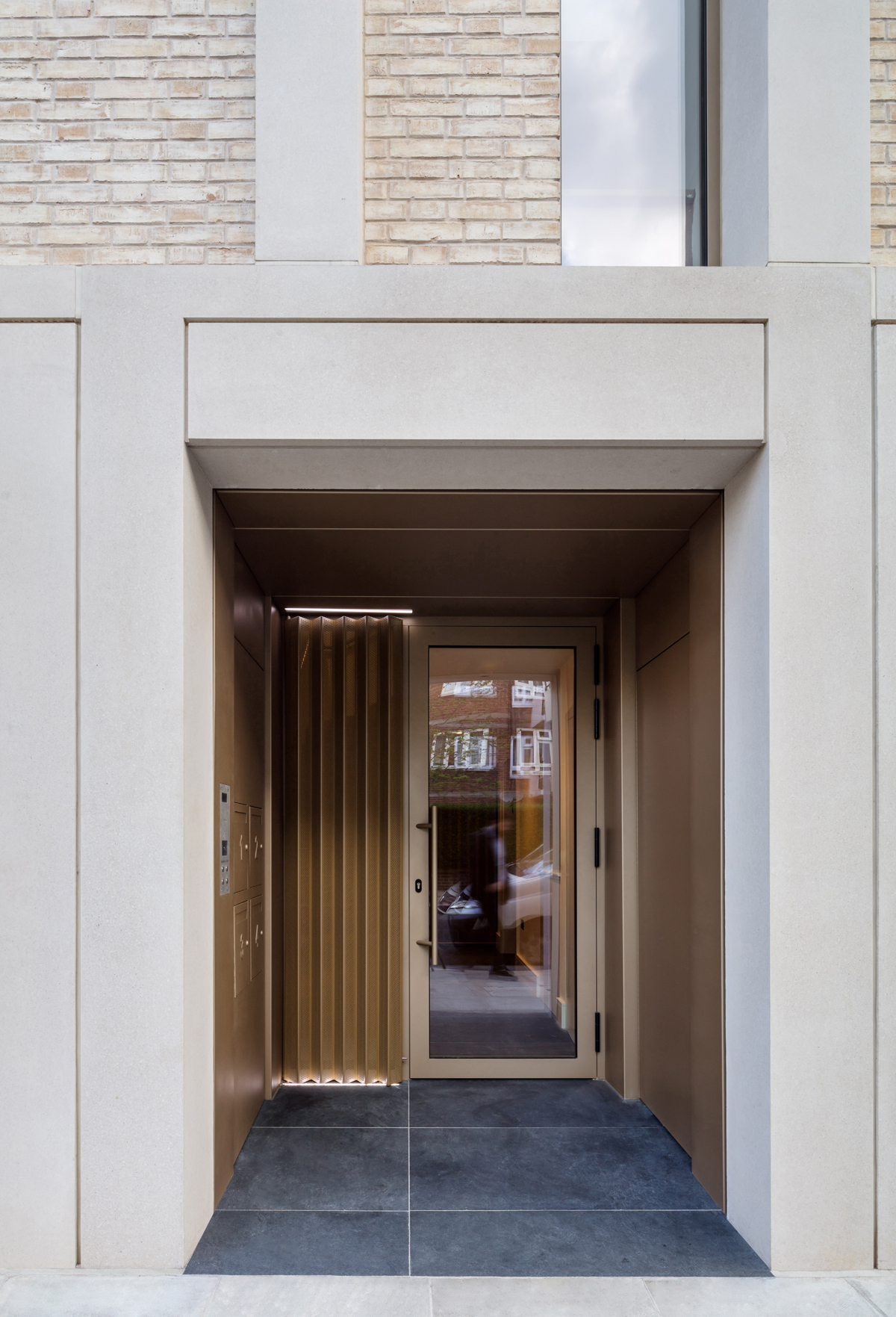 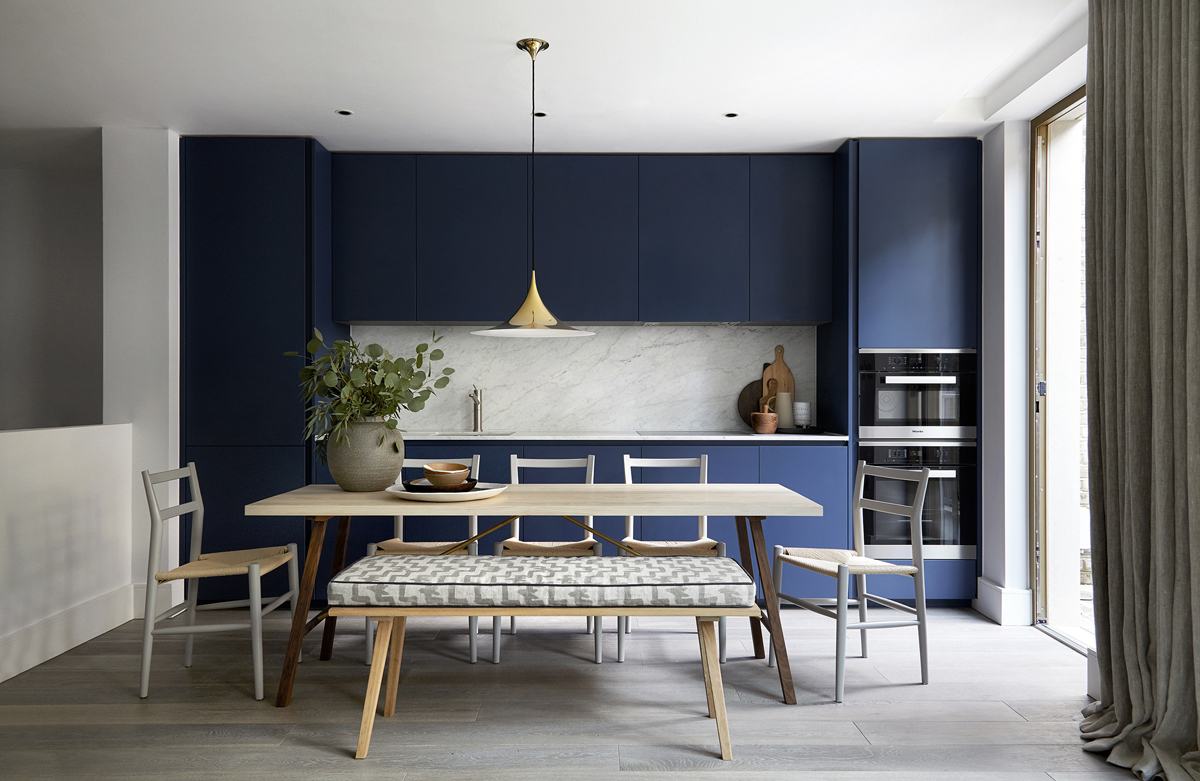 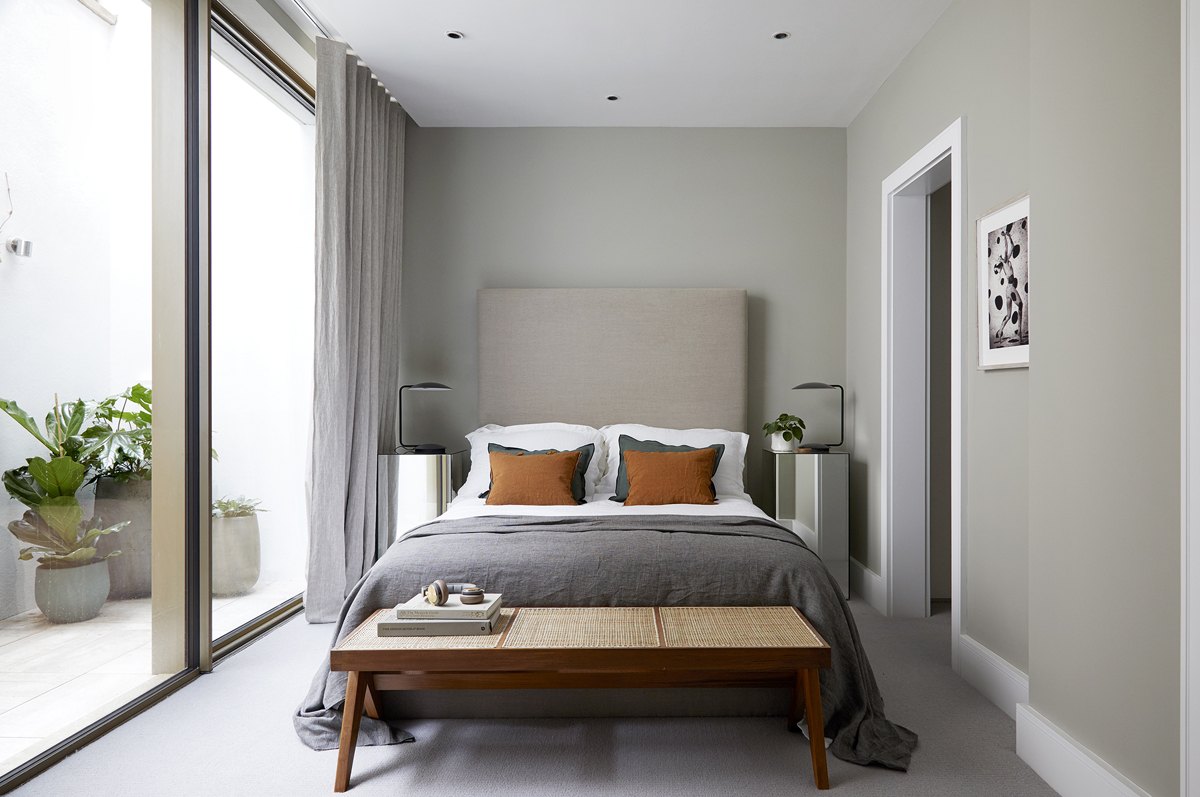 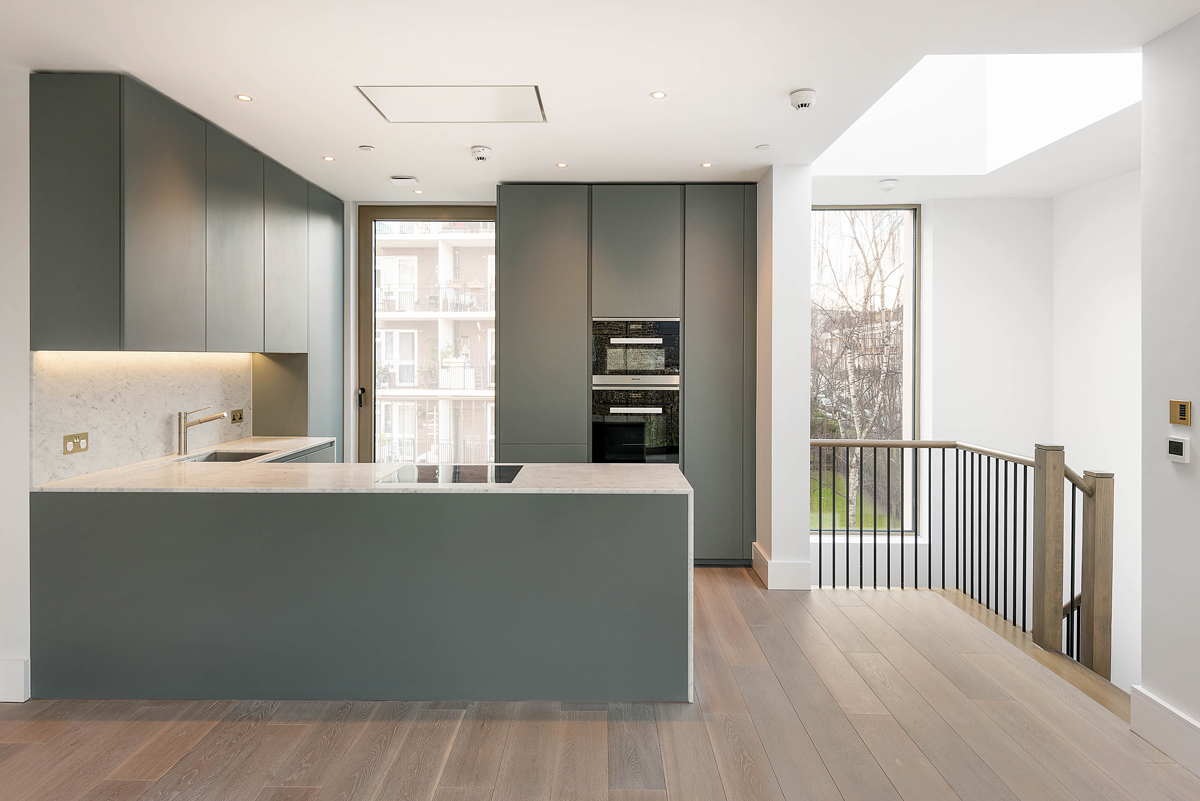 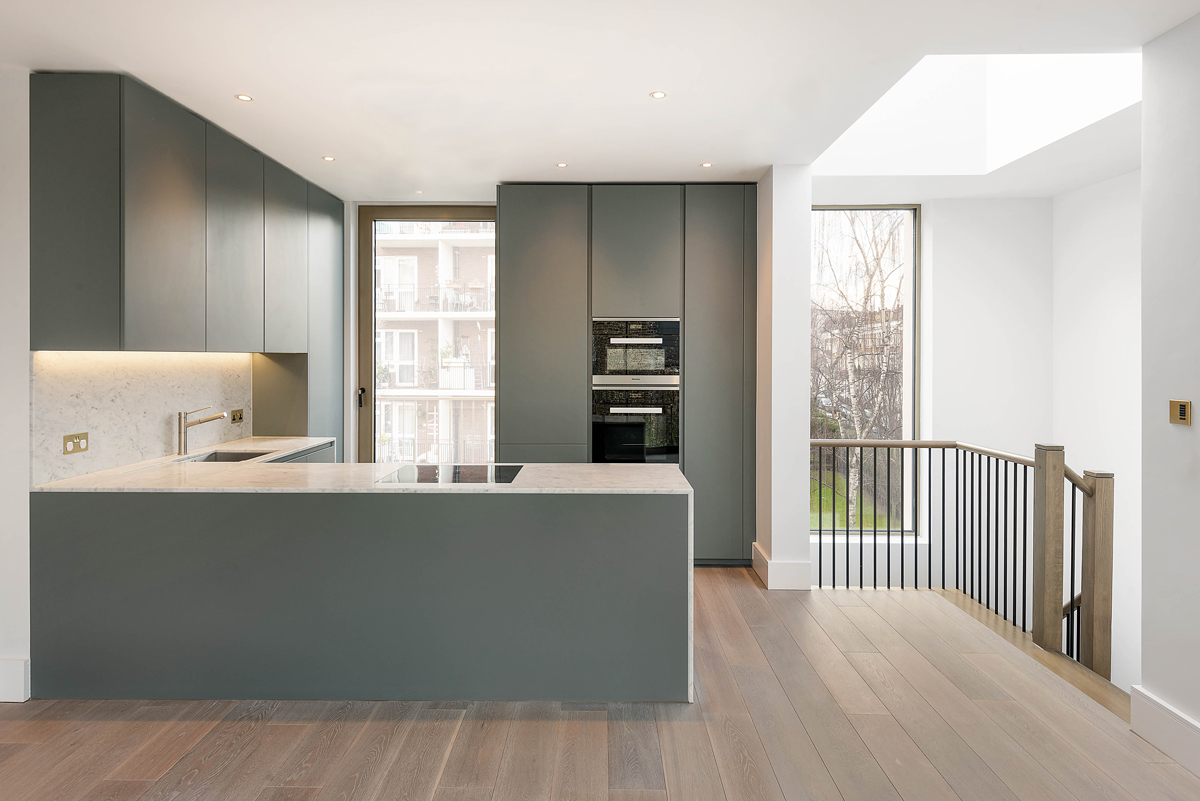 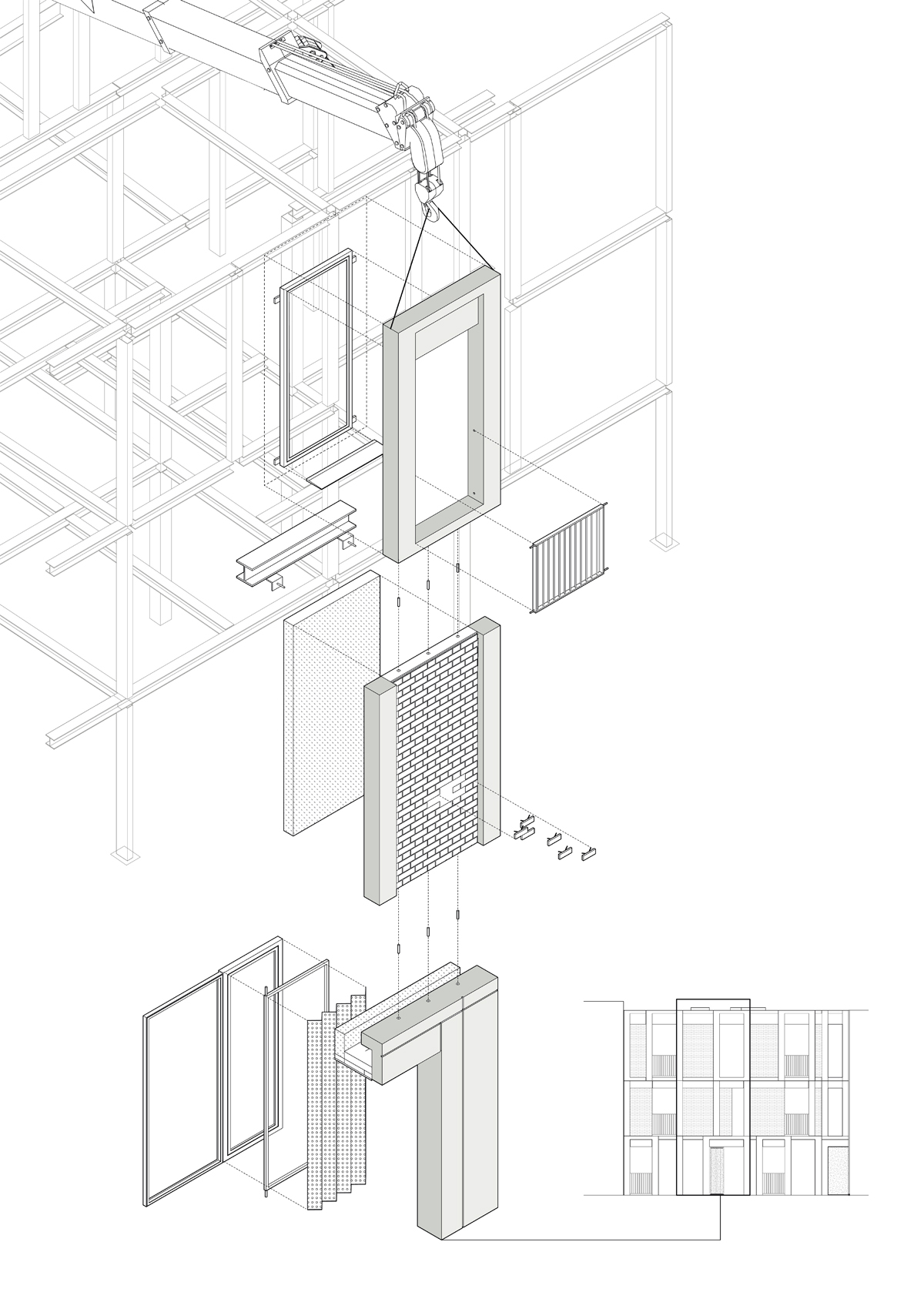 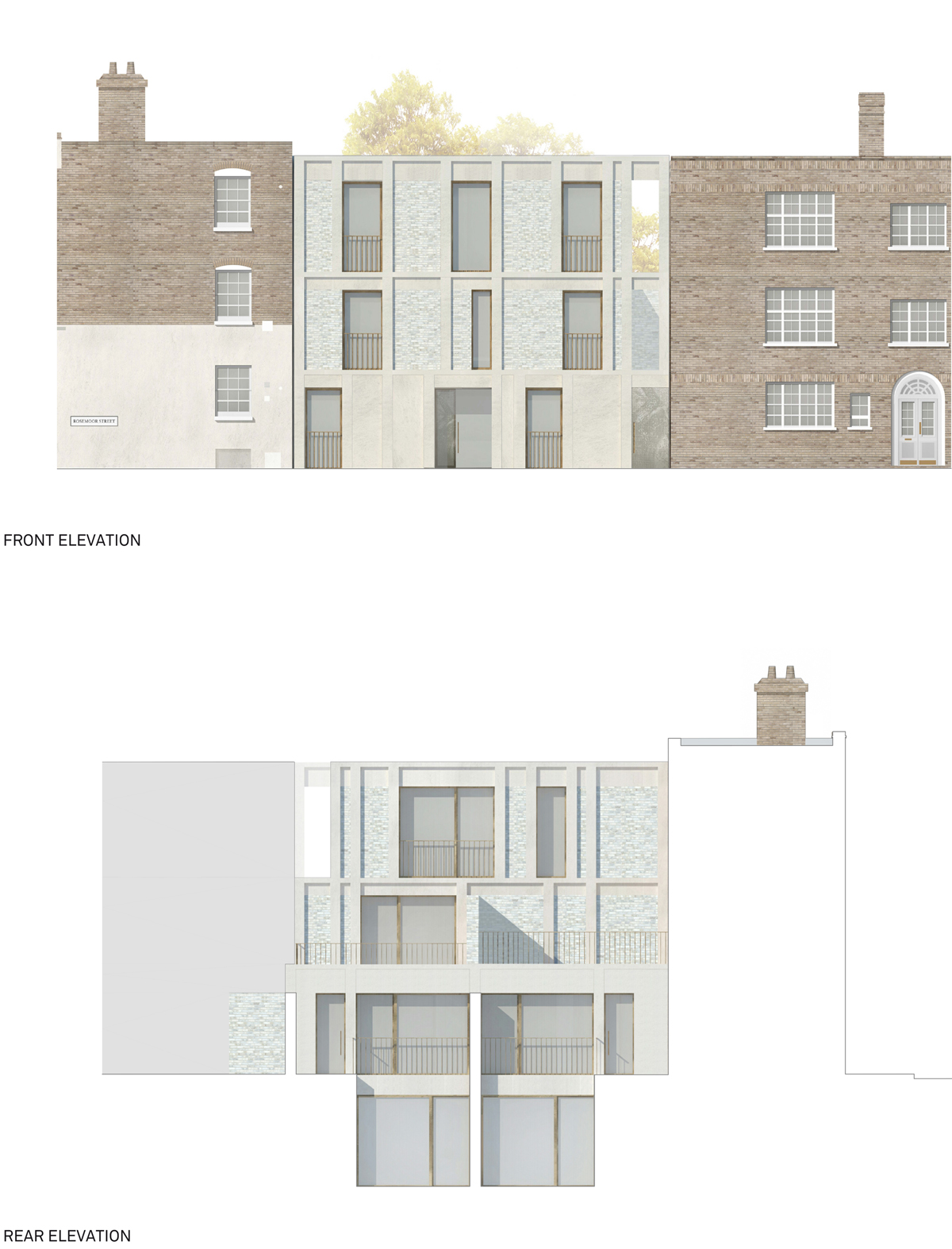 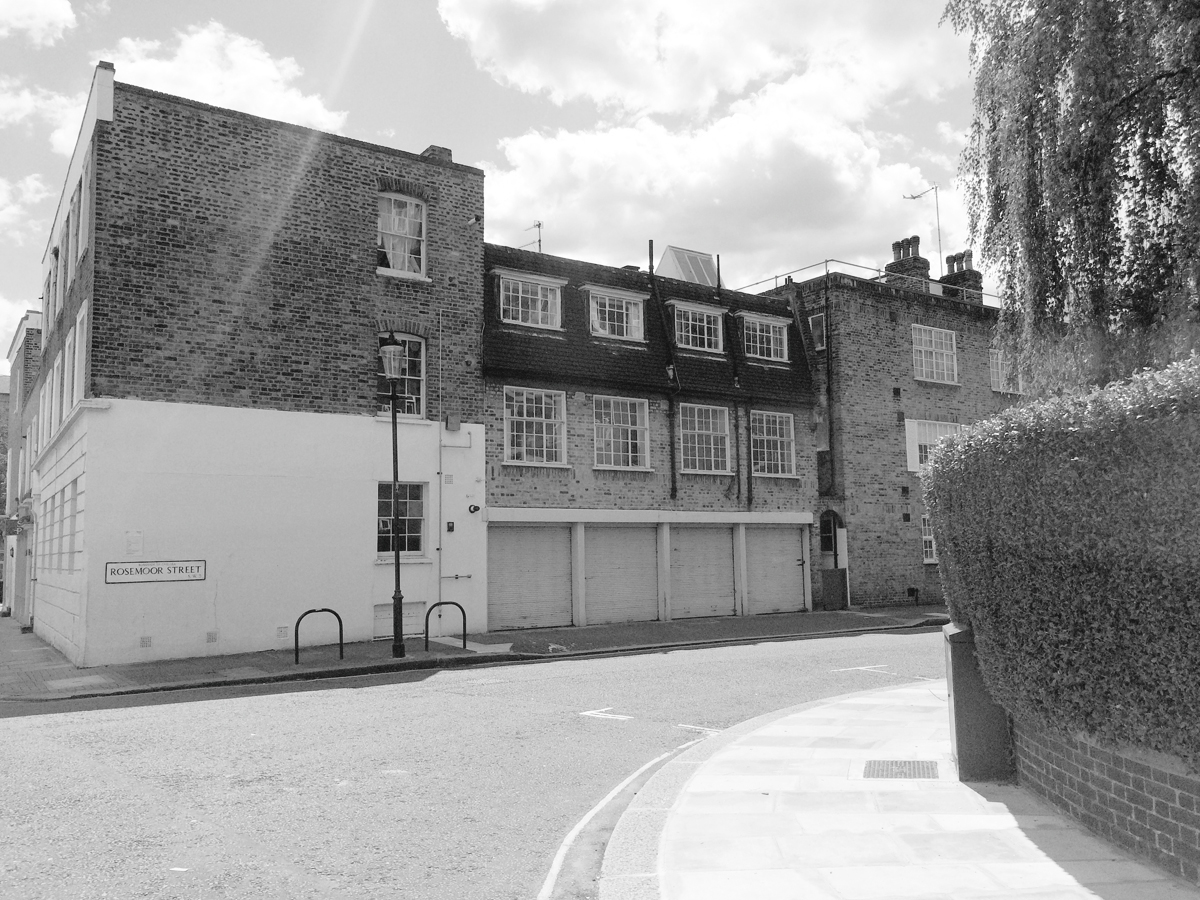 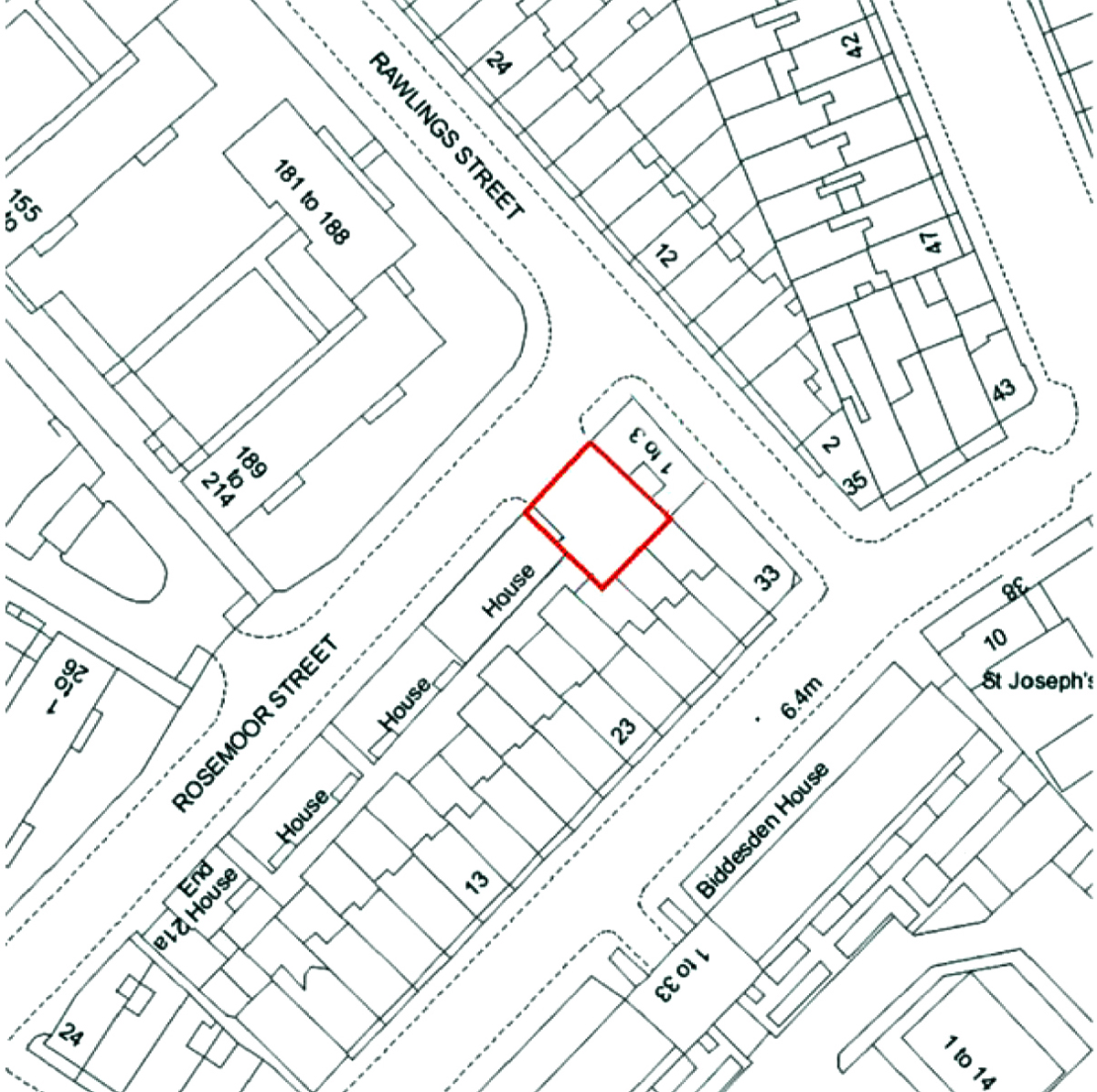