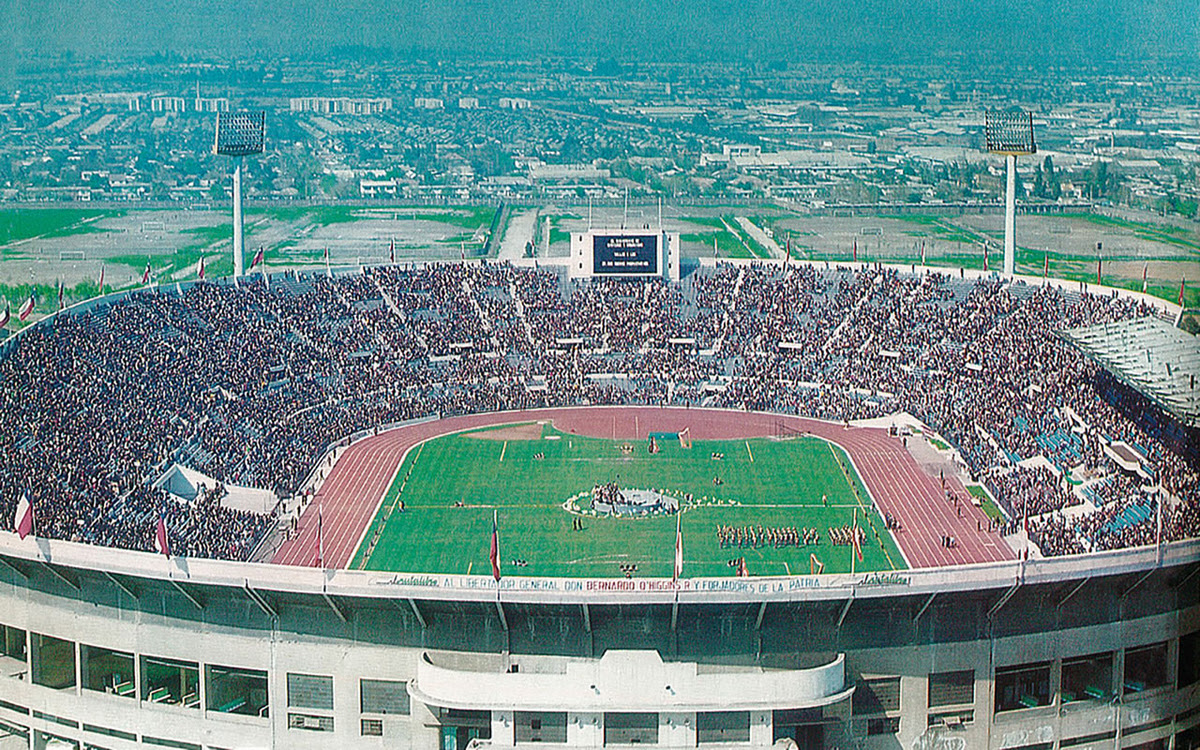 A building that renders the image of a city

Chile’s National Stadium was a building and a city for one day. On the 29th of September 1979, the building was filled by 37,000 people for a massive operative which provided ownership titles to dwellers (pobladores), settling decades of makeshift land occupation and policies. A blueprint of the Stadium with the outline of shantytowns instead of bleachers was prepared, rendering the genesis of Santiago’s current layout within the drawing of a building.

From sports venue and hosting religious events to a concentration camp, the exhibition recreates the different functions as a machine for viewing and revisits the stadium’s typology, congregating dissimilar groups and serving unlikely purposes. This is the story told through a drawing from an event of the past, which foresaw the present of a city within a building. The exhibition narrates a double story interweaved in one drawing: that of a building (with its dissimilar uses) and that of a city (with its housing development), both converging in one event. 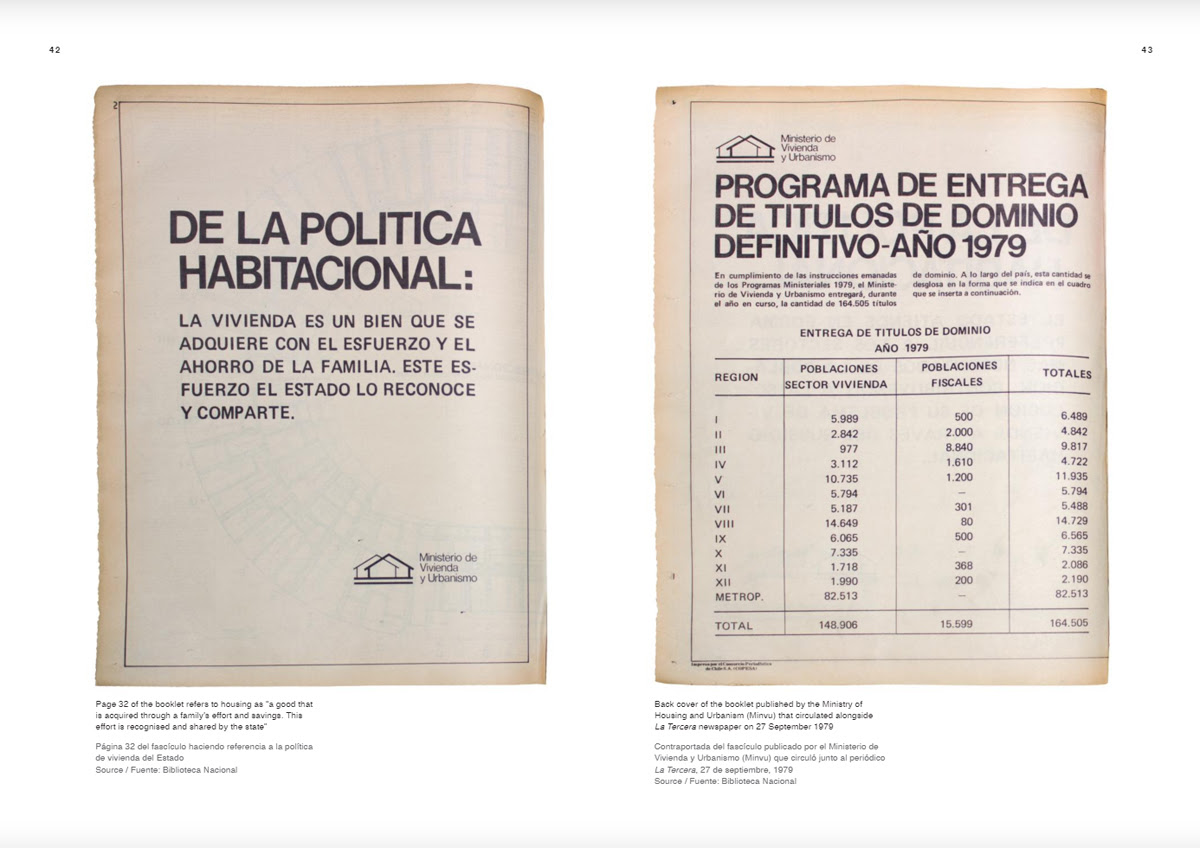 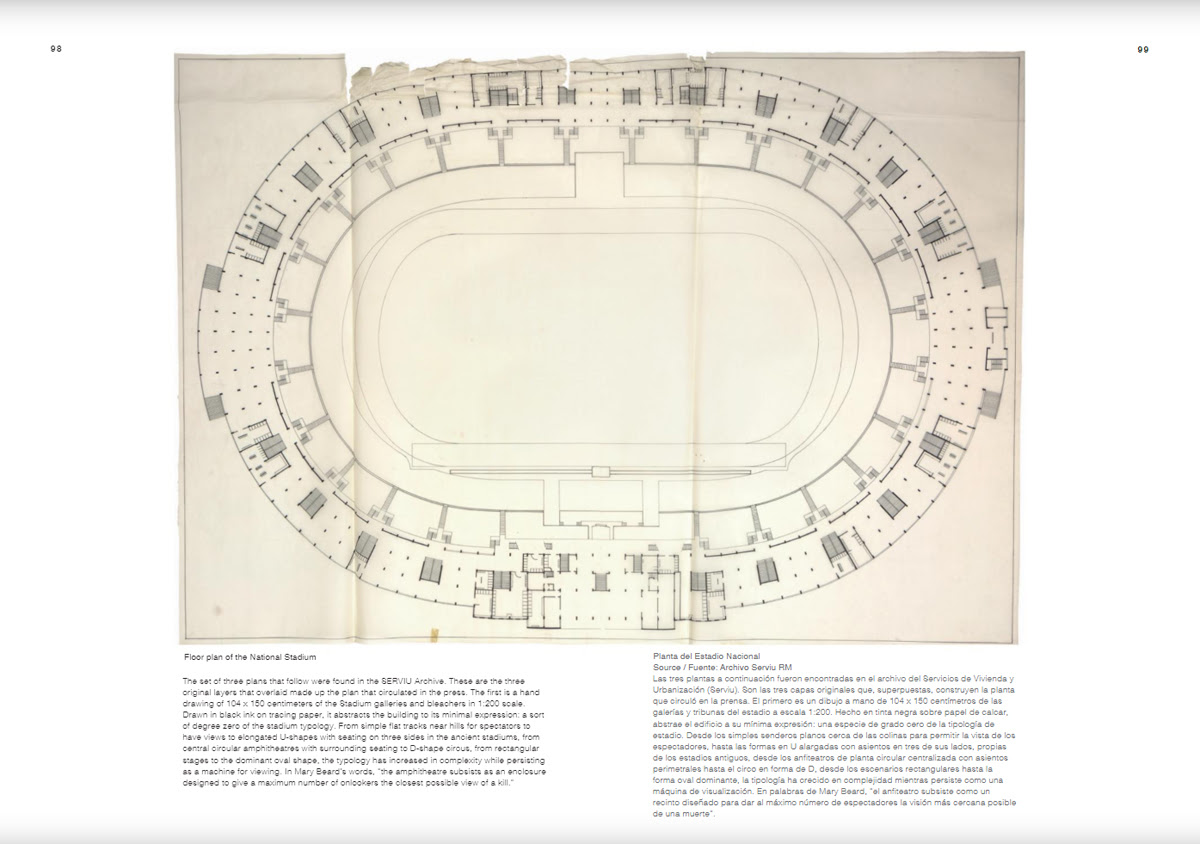 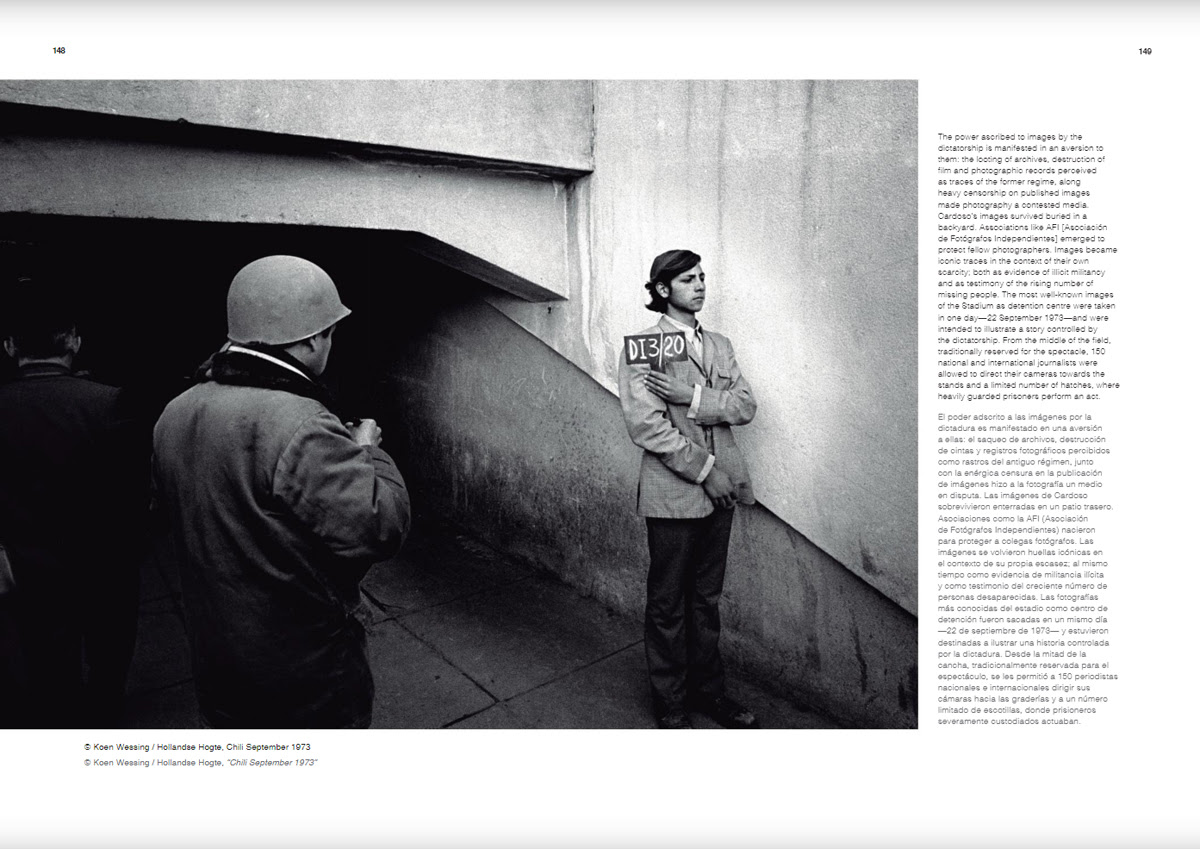 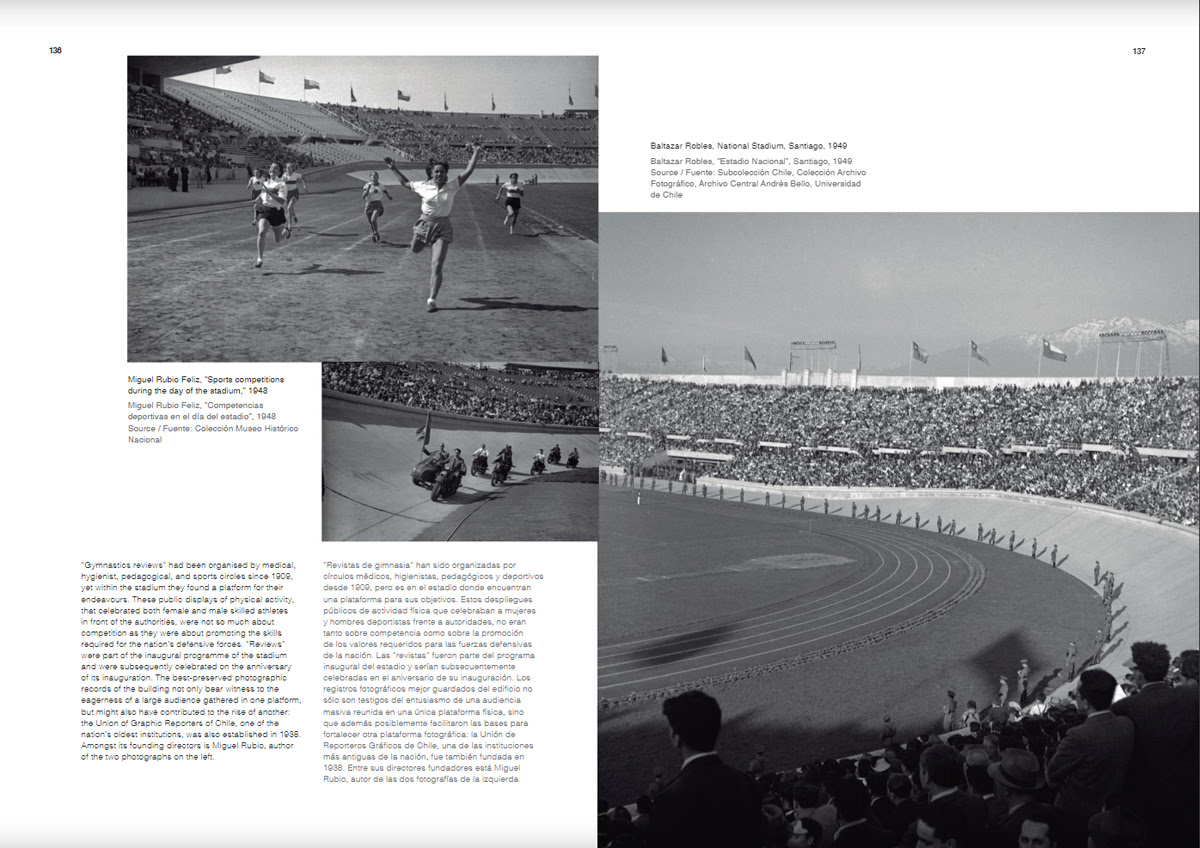 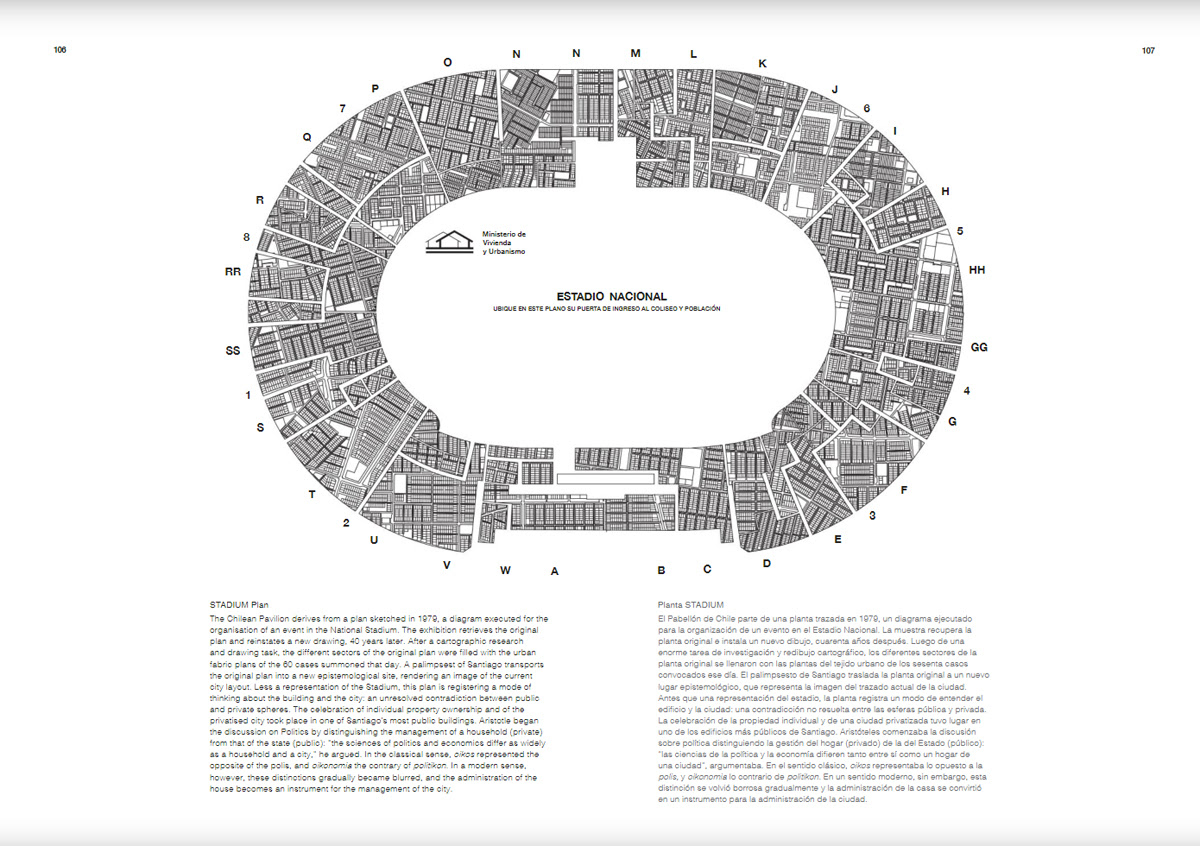 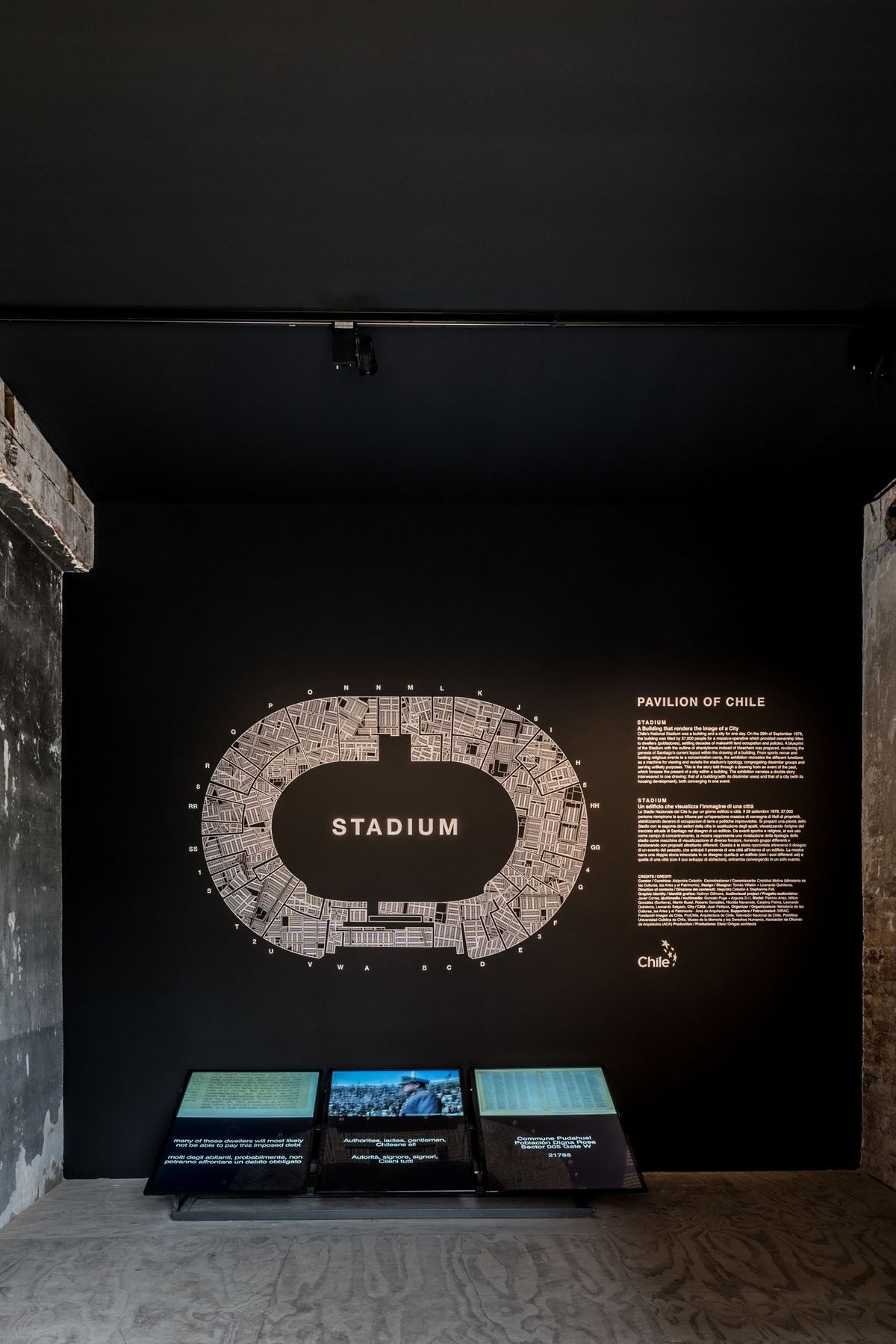 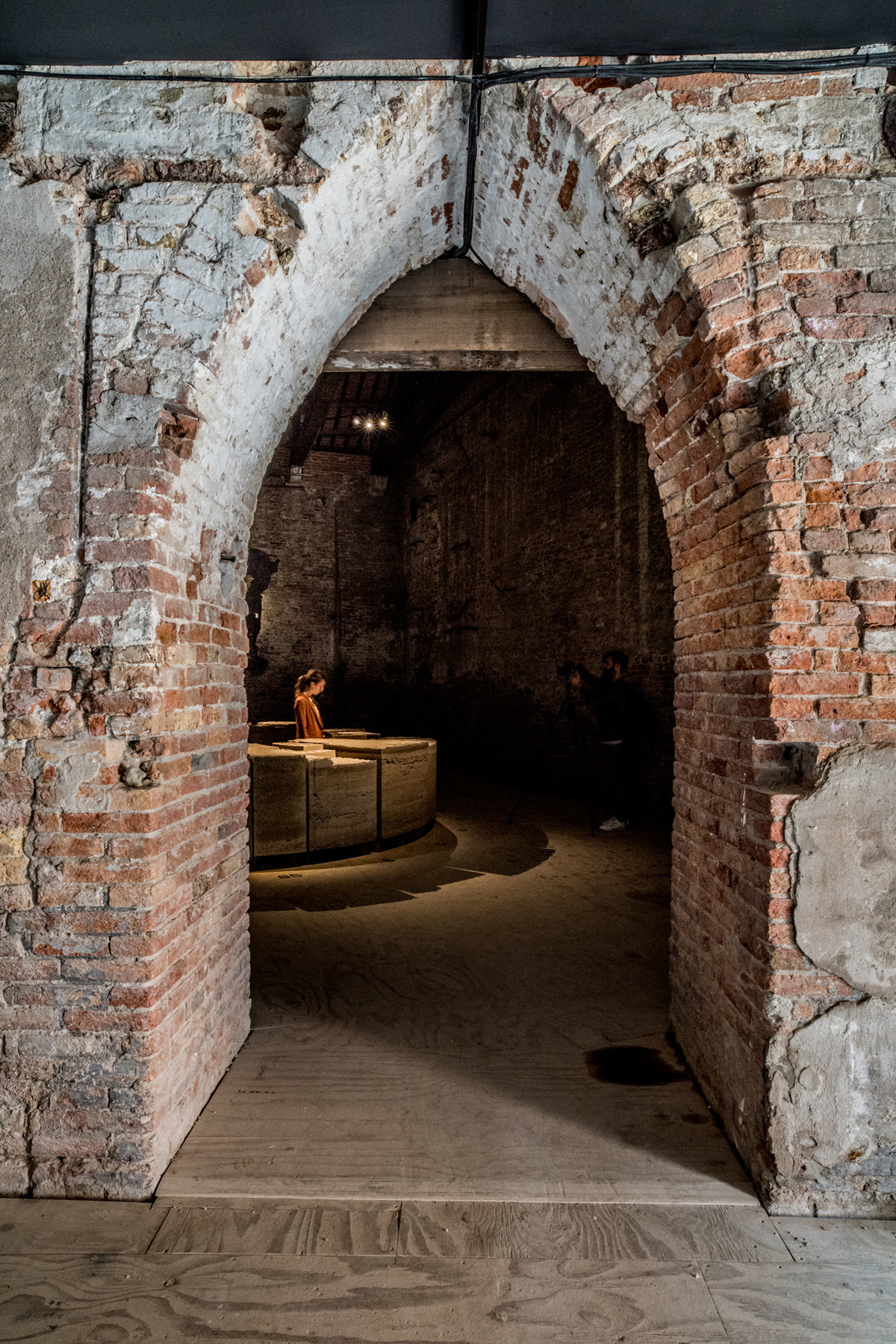 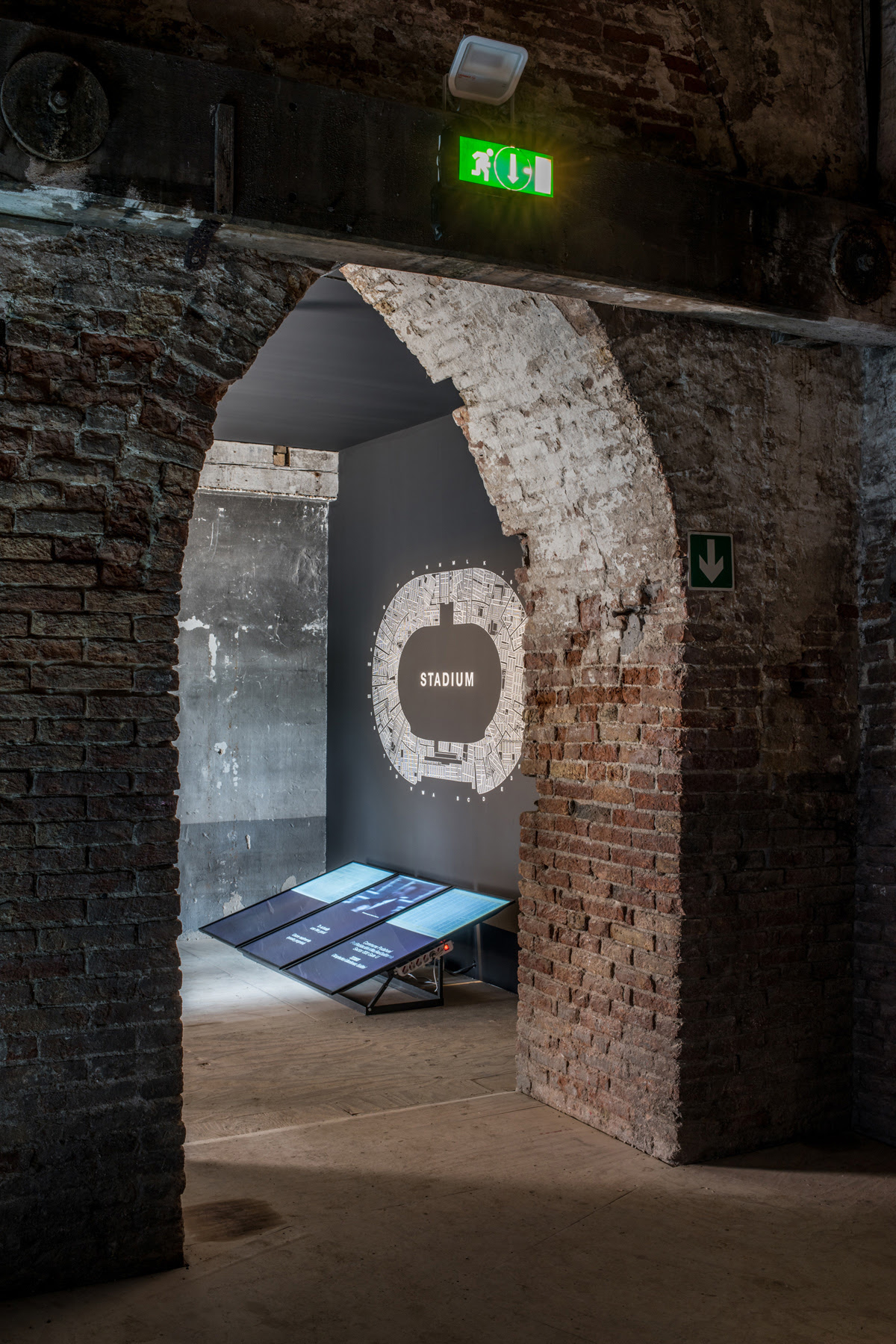 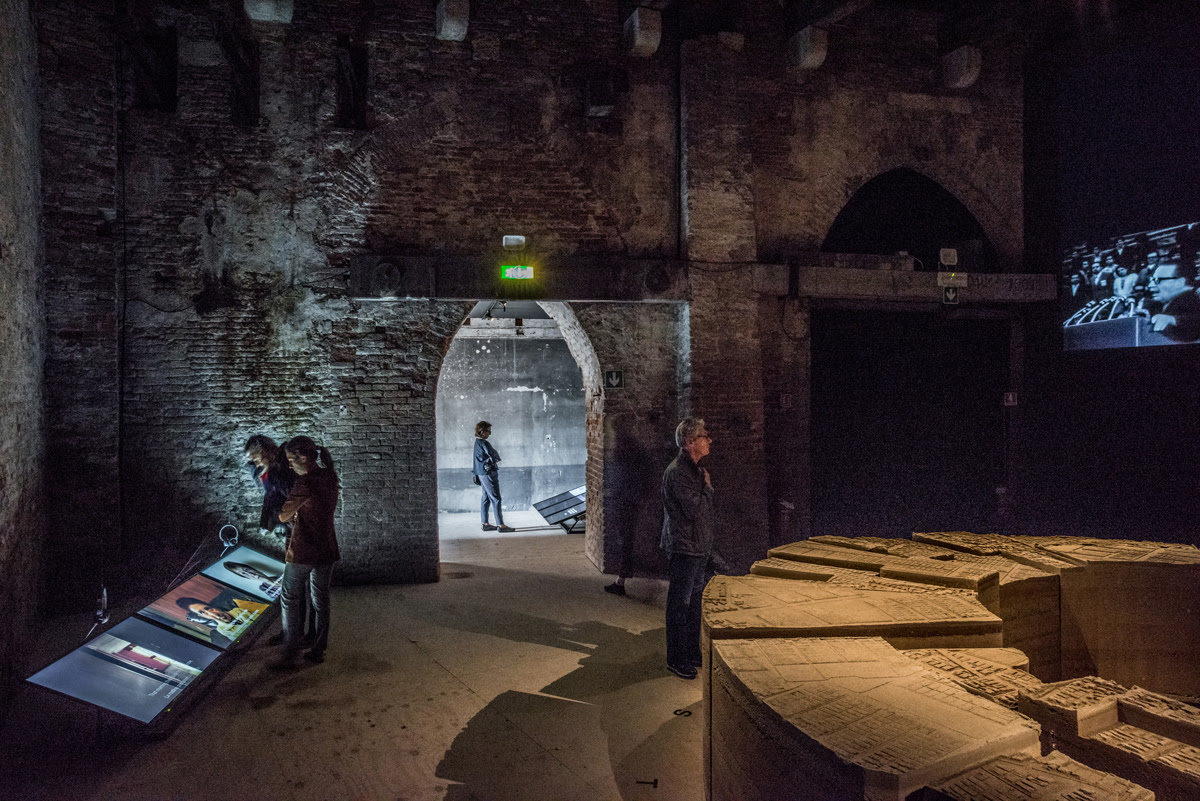 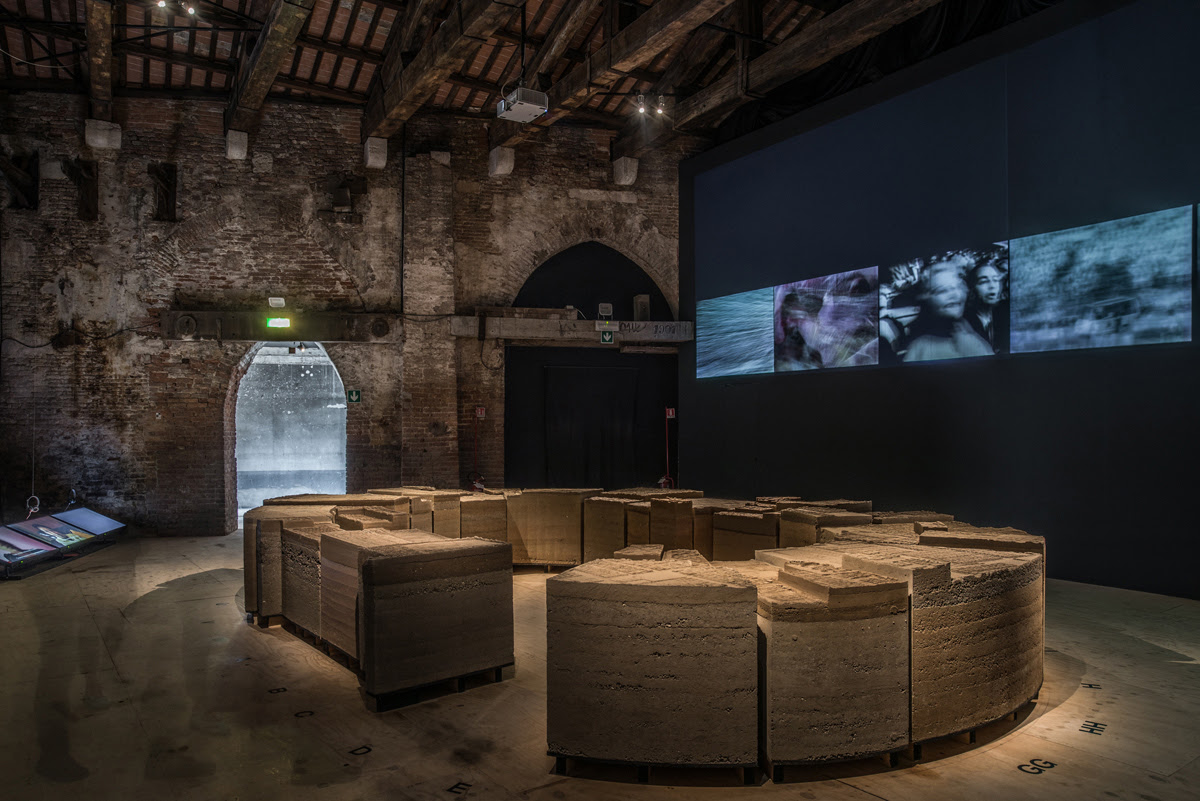 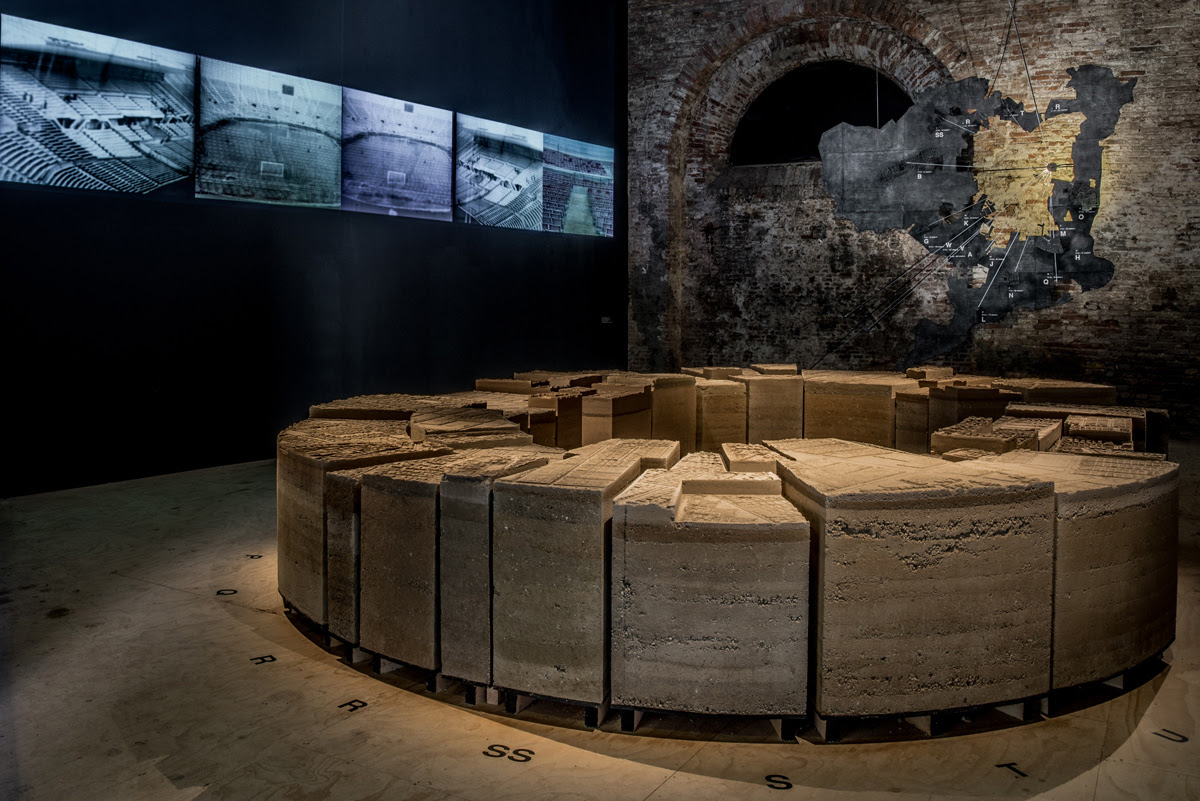 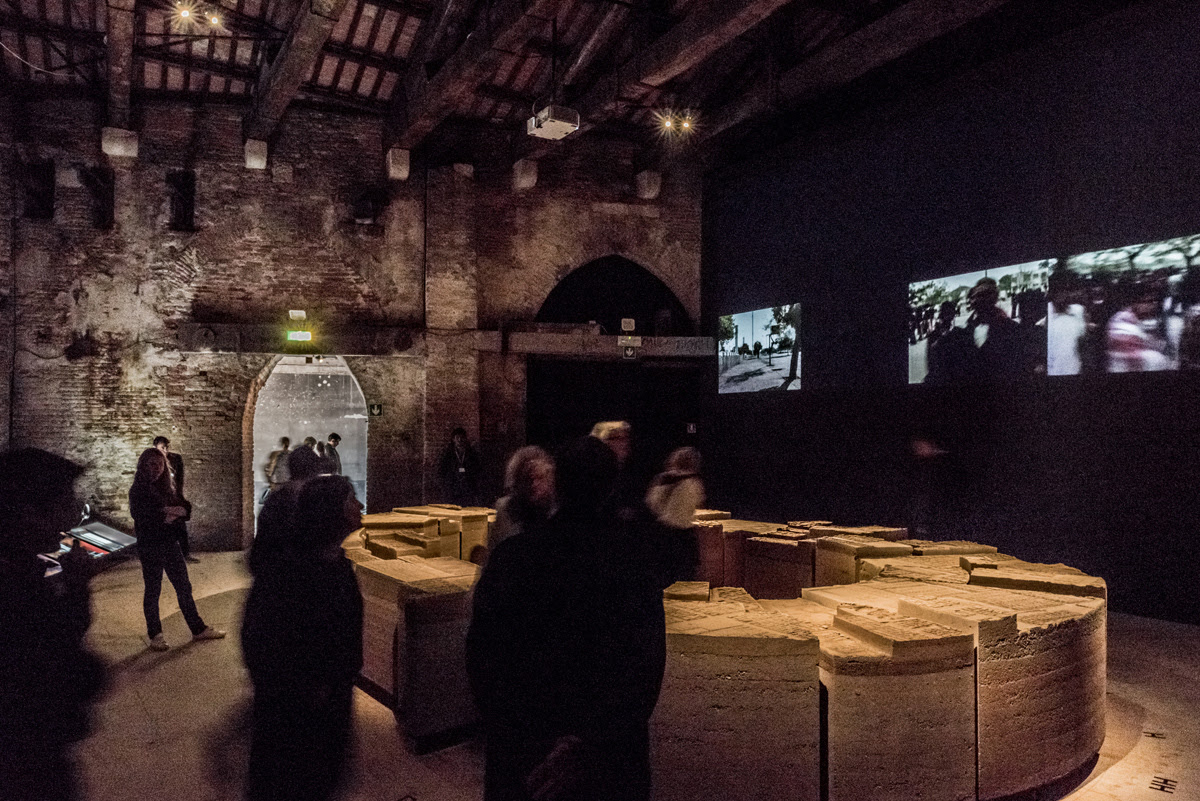 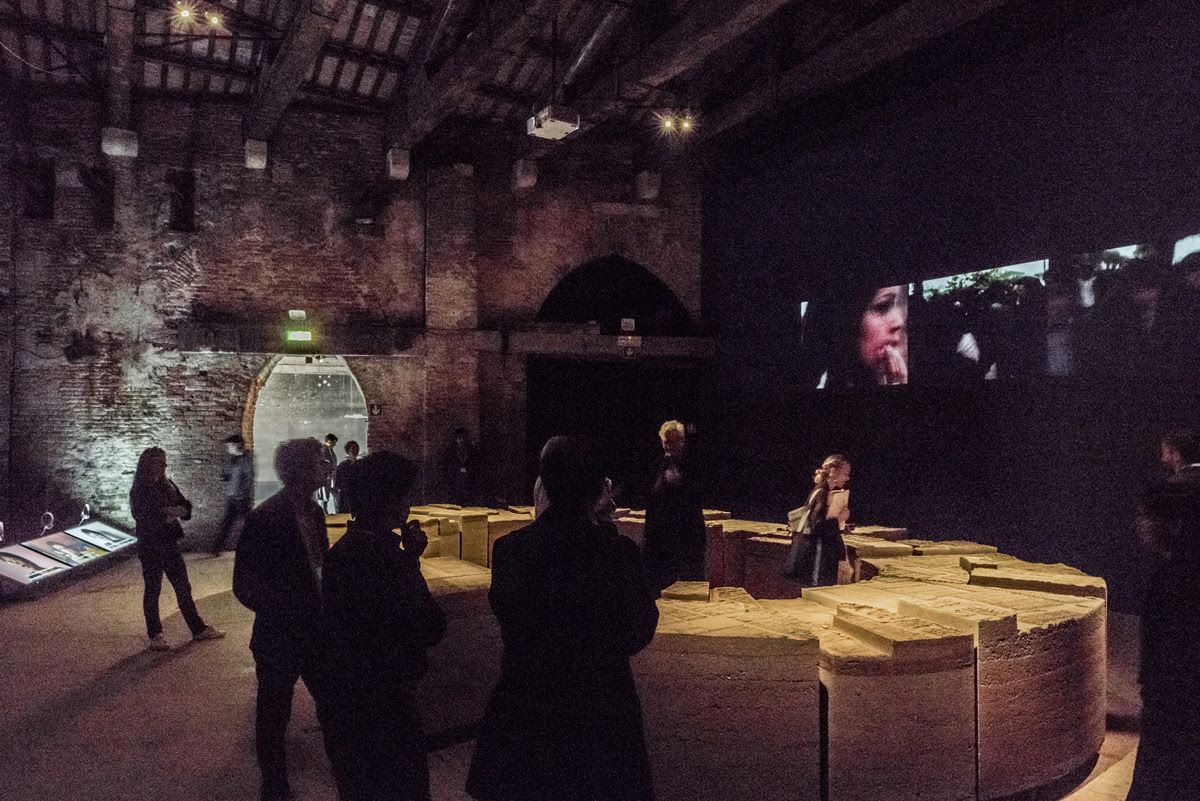 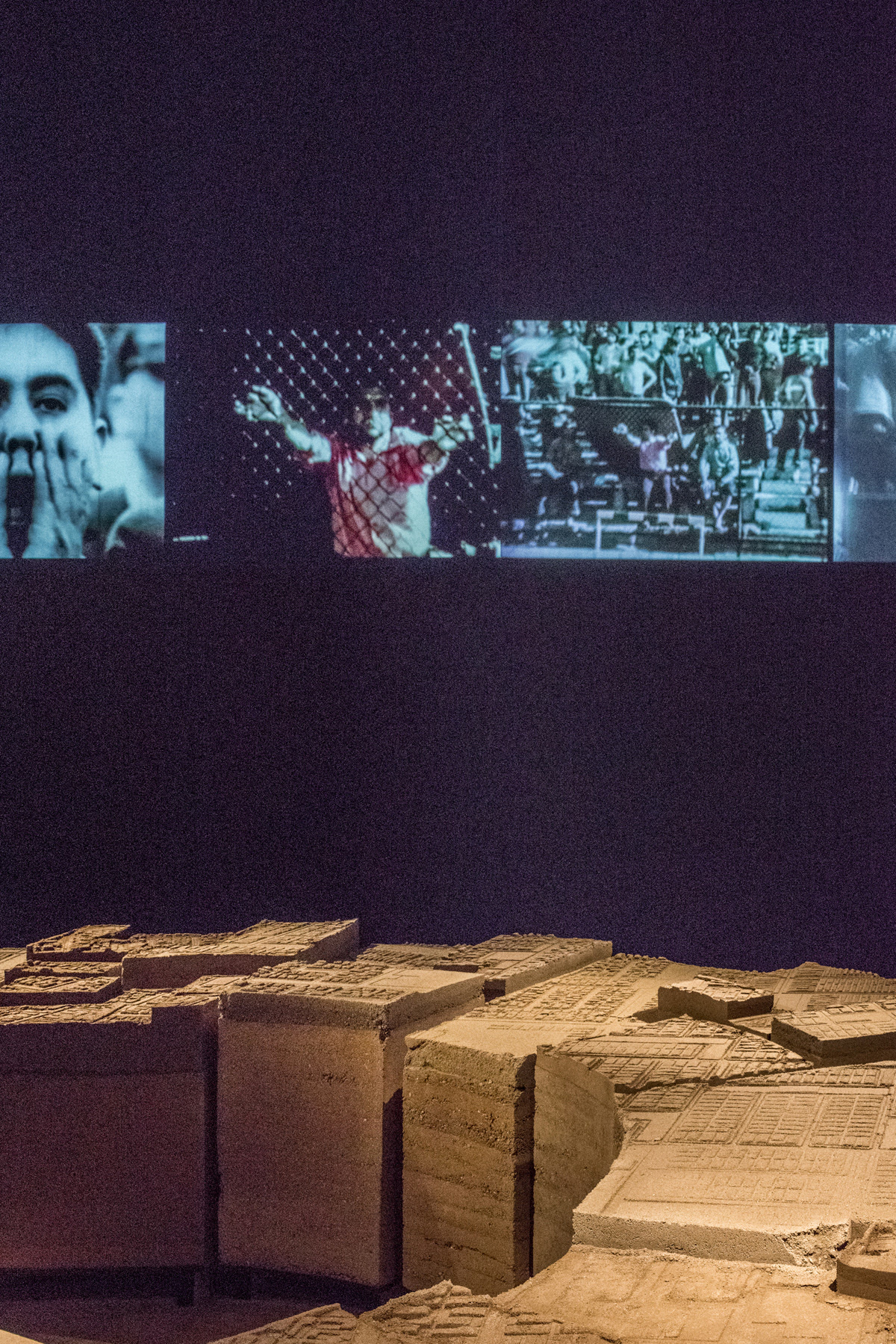 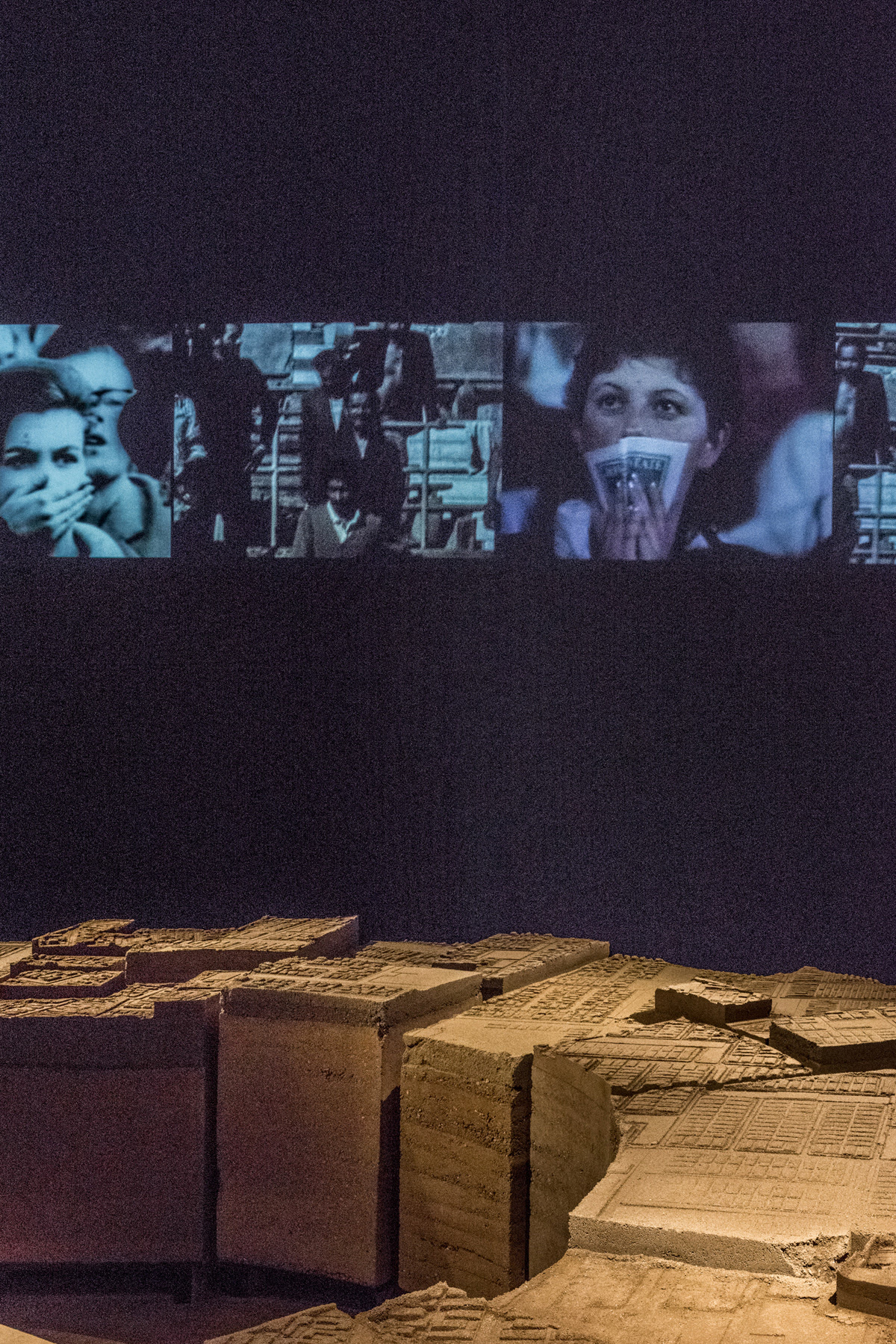 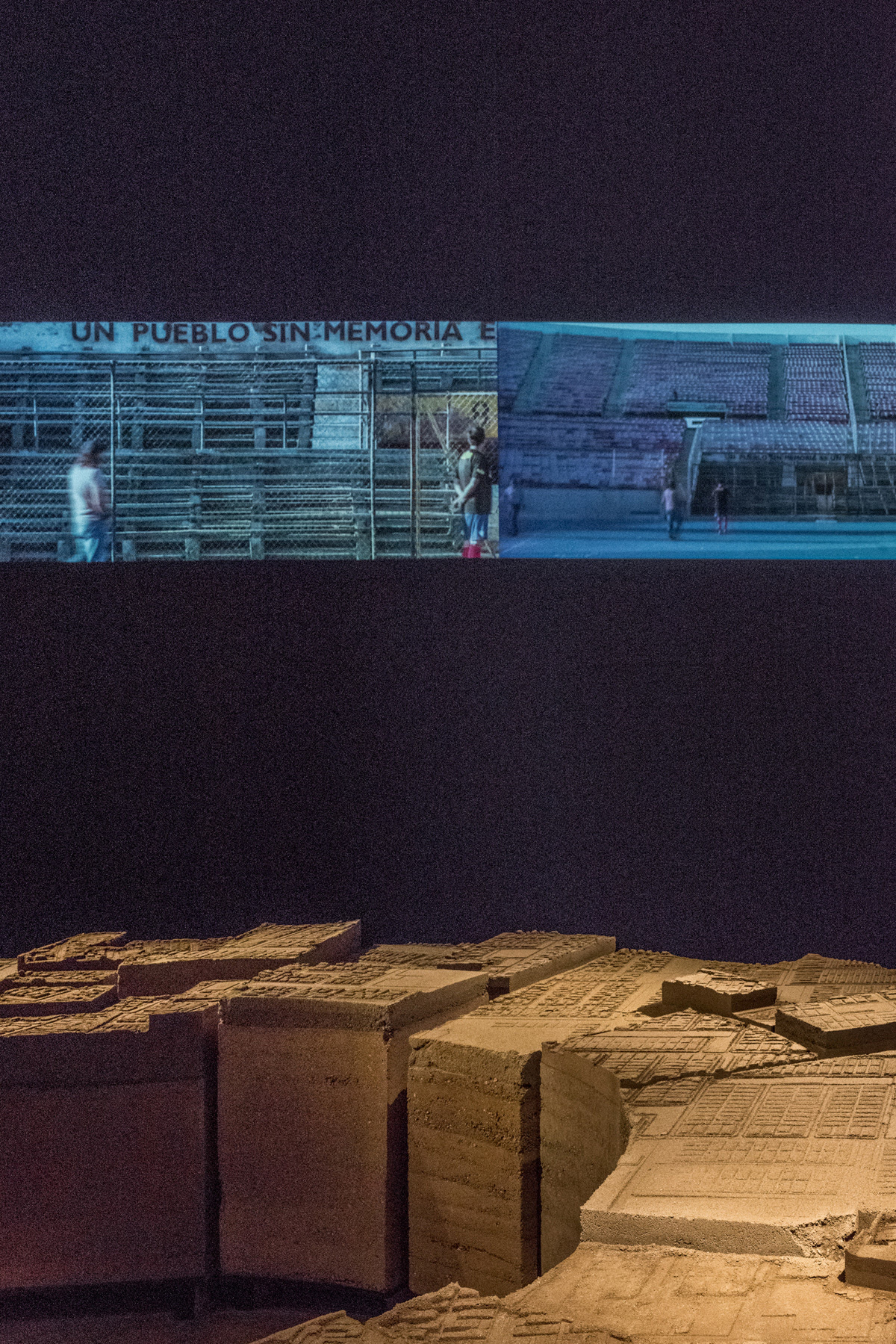 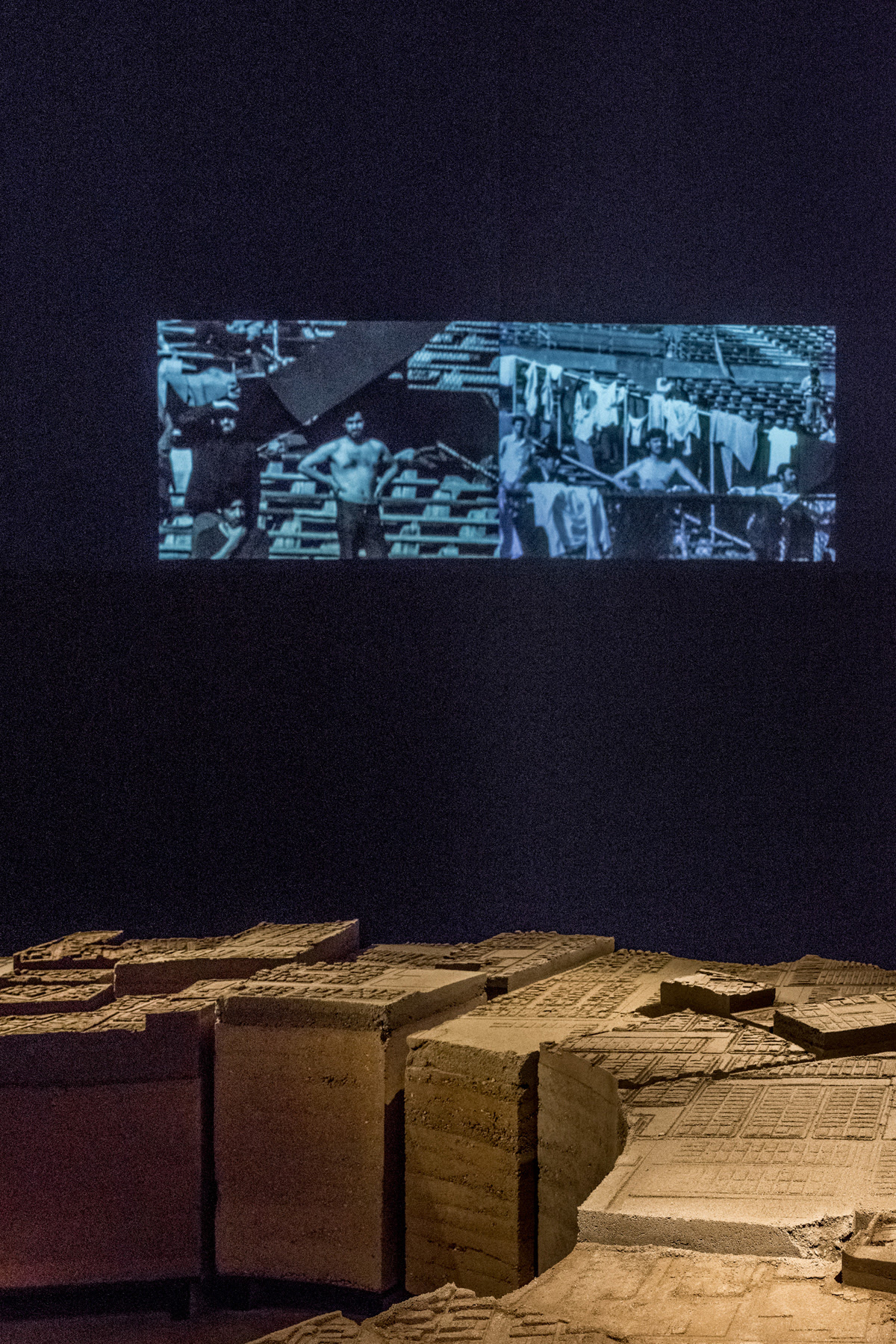 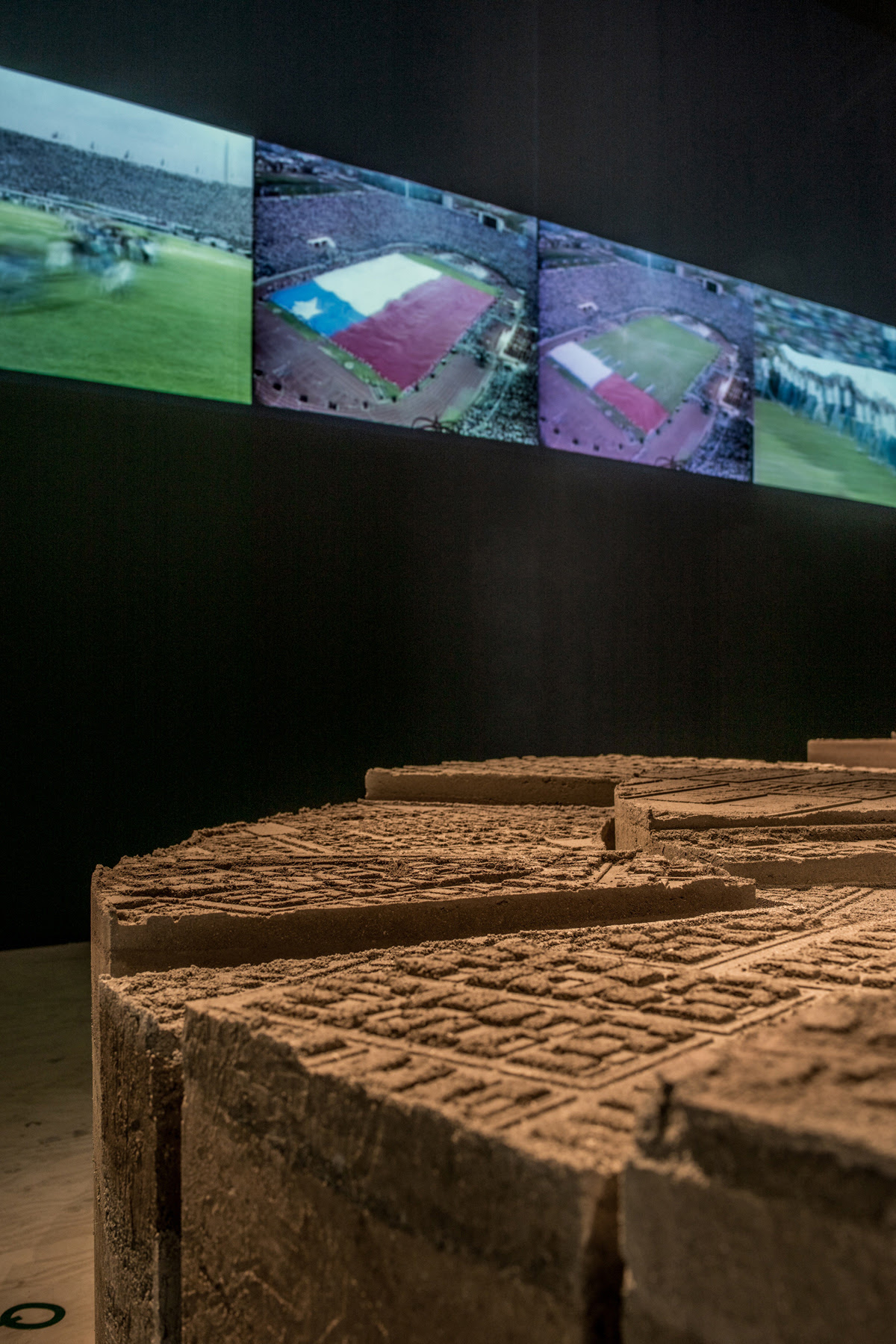 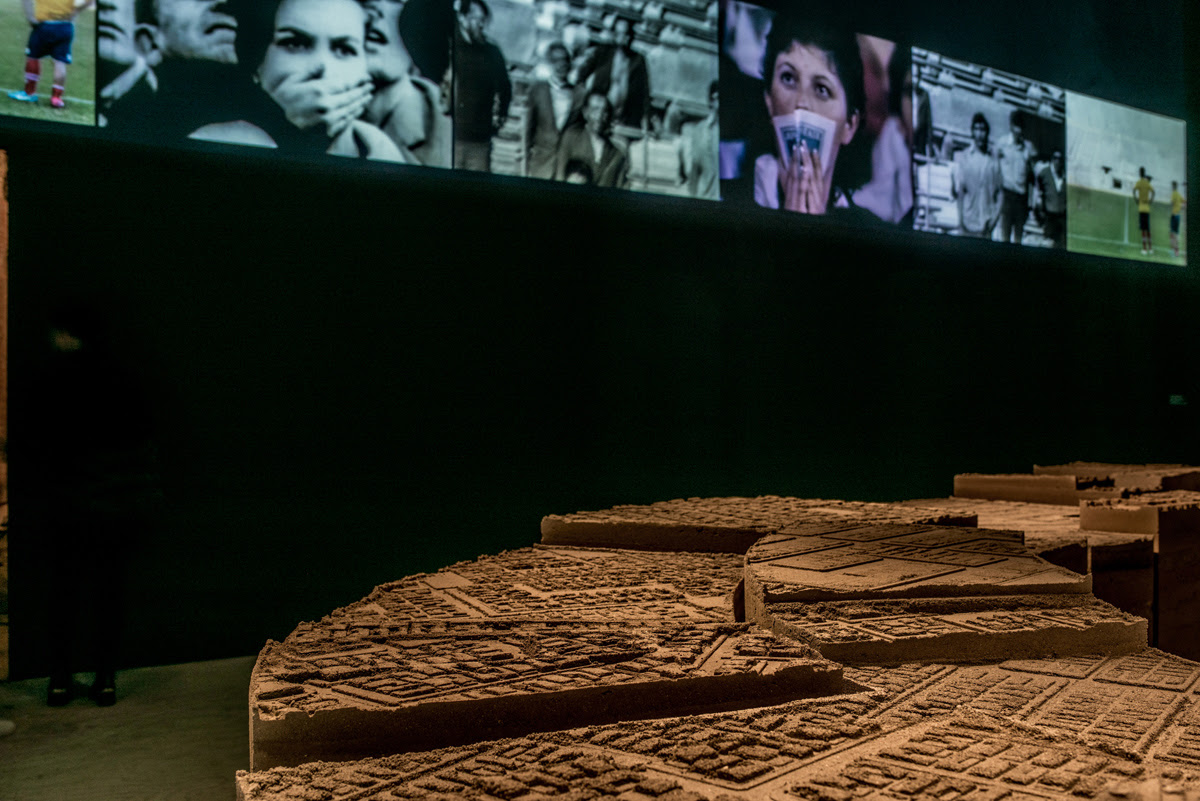 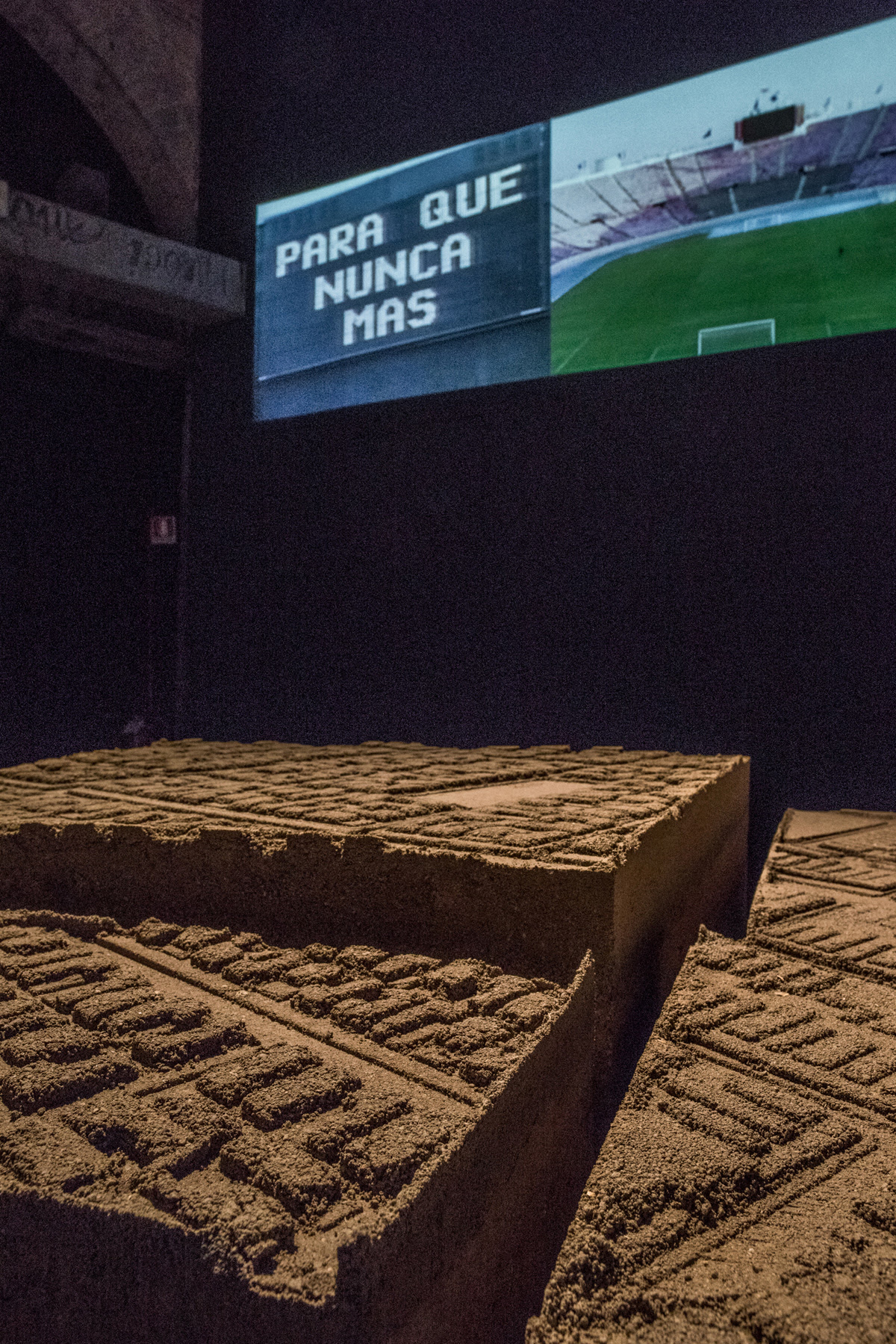 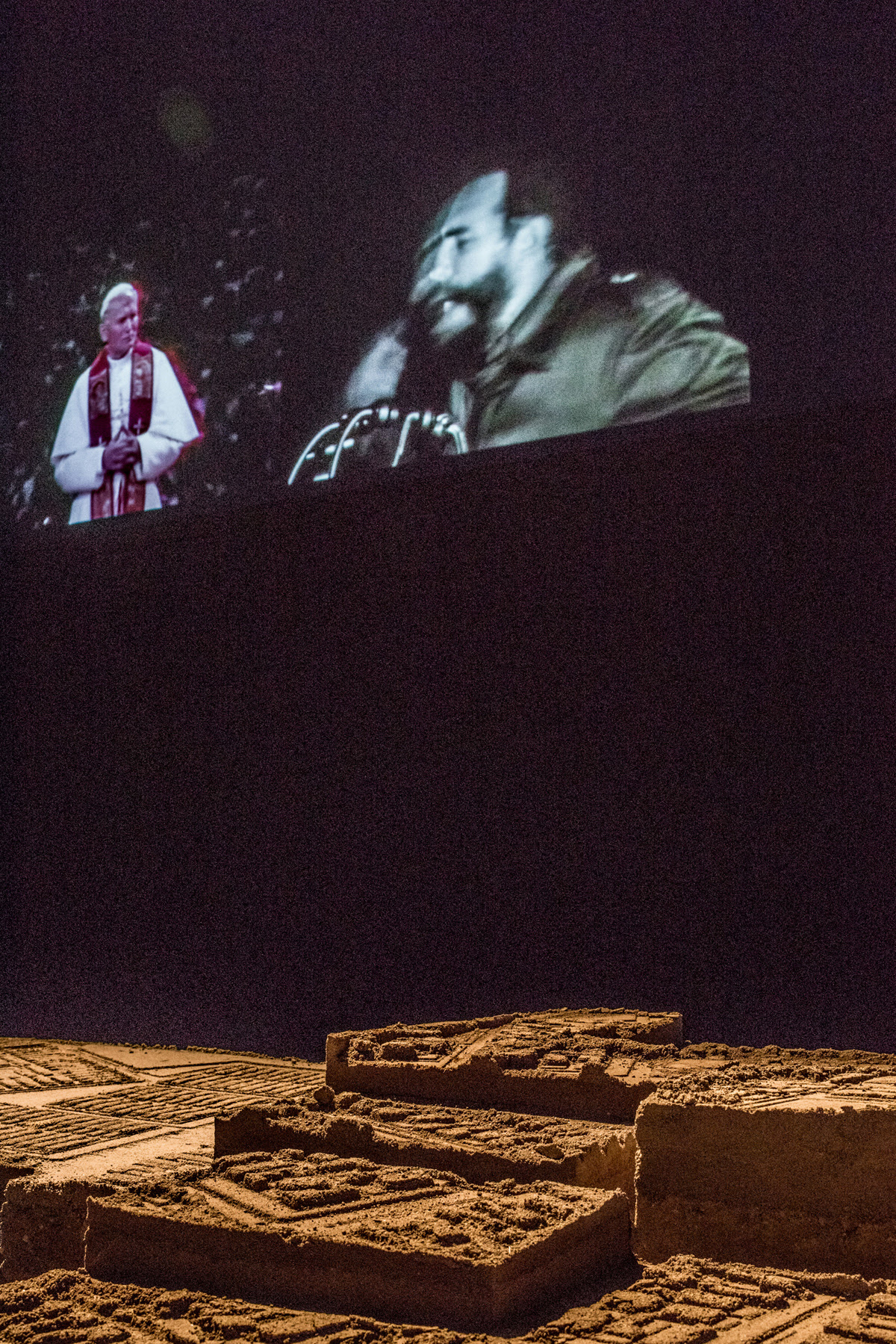 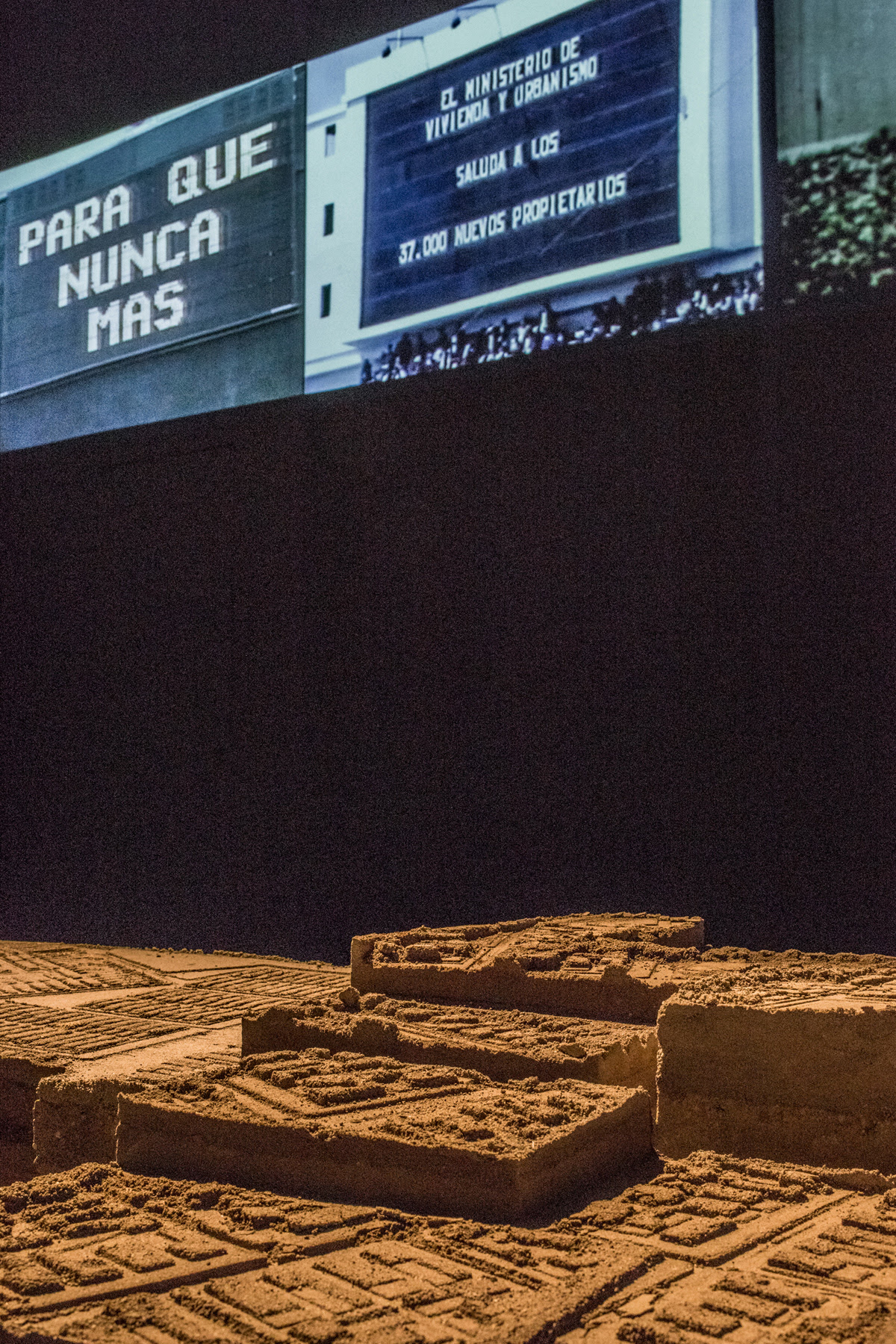 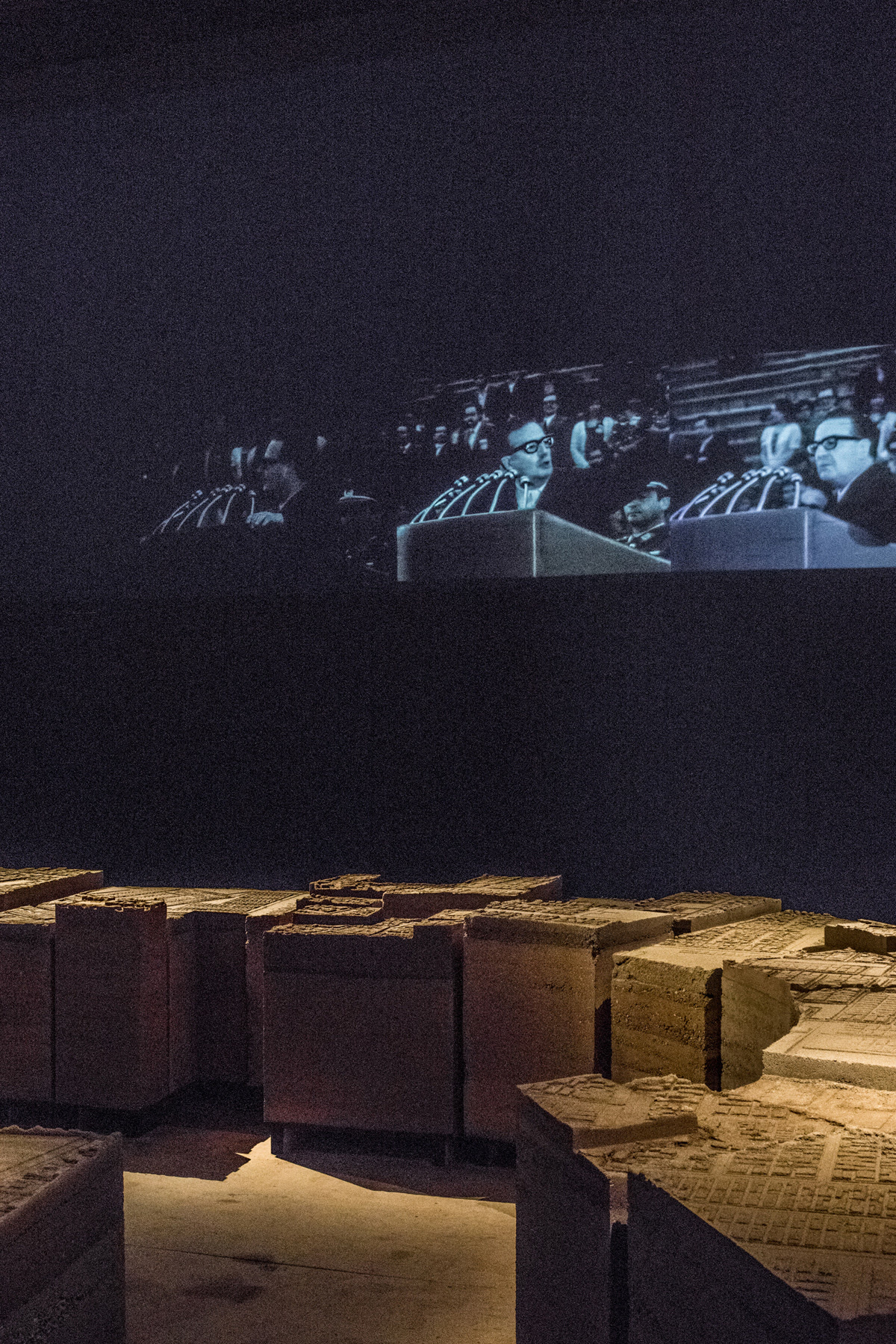