Looking at this project, it is indeed the sensations we experience that leave their mark as we think, walk and live through it. This project was clearly inspired by the place, a piece of land surrounded by chestnut trees, incredibly ripped into the mountain, flanked by a stream that flows down the hillside and a magnificent open view of the other side of the valley perfectly nestled into the natural landscape. It was this bucolic scenario that led to an enterprise that had no intention of imposing itself on the surrounding nature, but rather blending, hiding and transforming with it. It gave rise to the “Cloaked House” concept. This is how the house lands on the location and the “deviates” from the existing trees, emphasizing the lightness attitude and the conservation of the surrounding nature. The two blades – the roof and the floor – open onto the landscape and are punctuated whenever encountering a tree. This has resulted in patios that introduce dynamism and movement into a house marked by a well-defined rhythm of the wooden pillars, which support the garden-topped roof. The rest is transparency, glass, which is the only solution that makes sense in this scenario. In summer the dense leafiness of the trees “engulfs” the whole house, making it almost imperceptible at the same time as protecting the interior from the intense sun. In winter the deciduous trees shed their leaves, allowing the sun rays to penetrate inside and warm up the house, making it slightly more visible among the bare branches. Whether indoors or outdoors, living in the forest or with the forest, exposed or in communion, a distinct project, which is difficult to explain but which fuels the will to live. 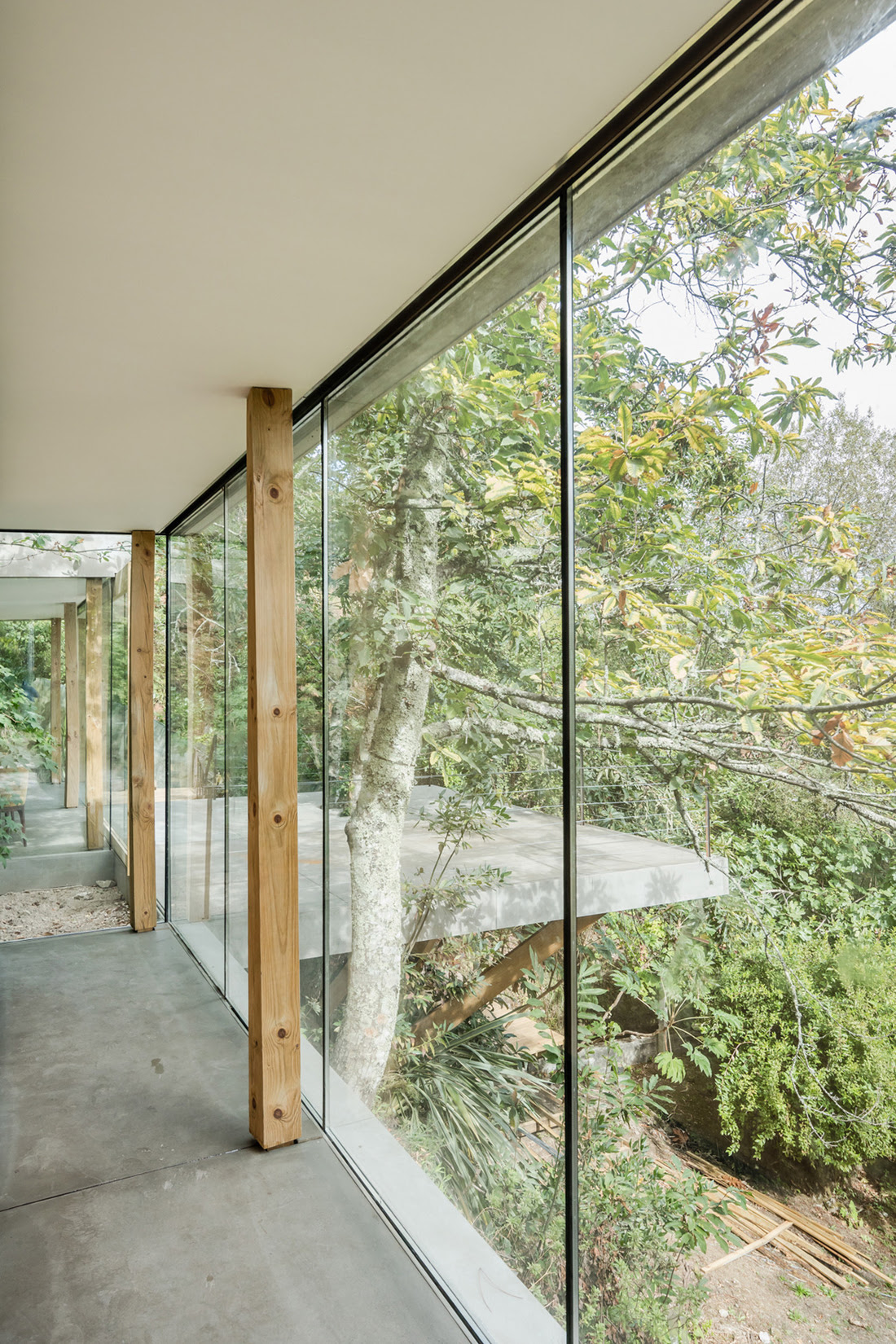 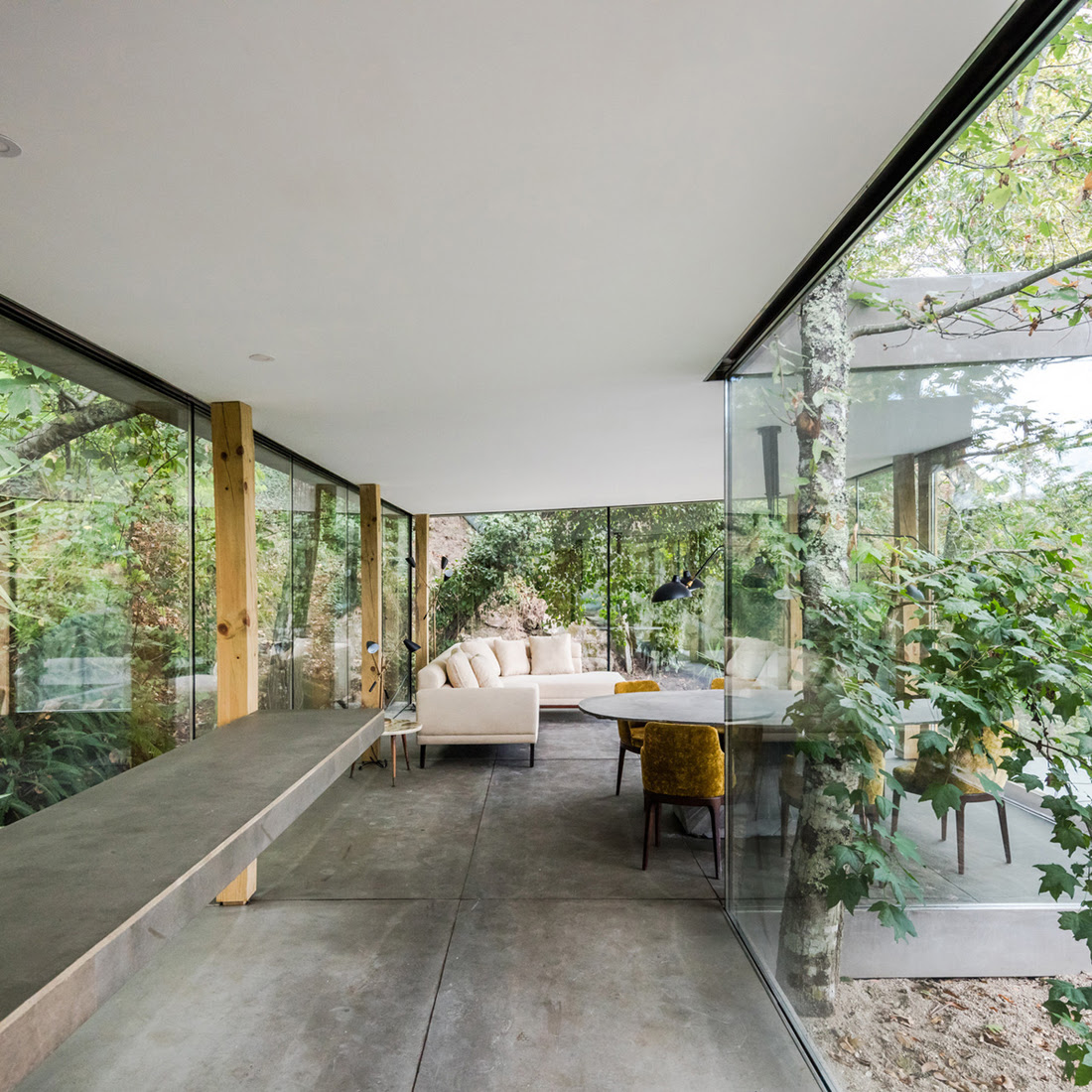 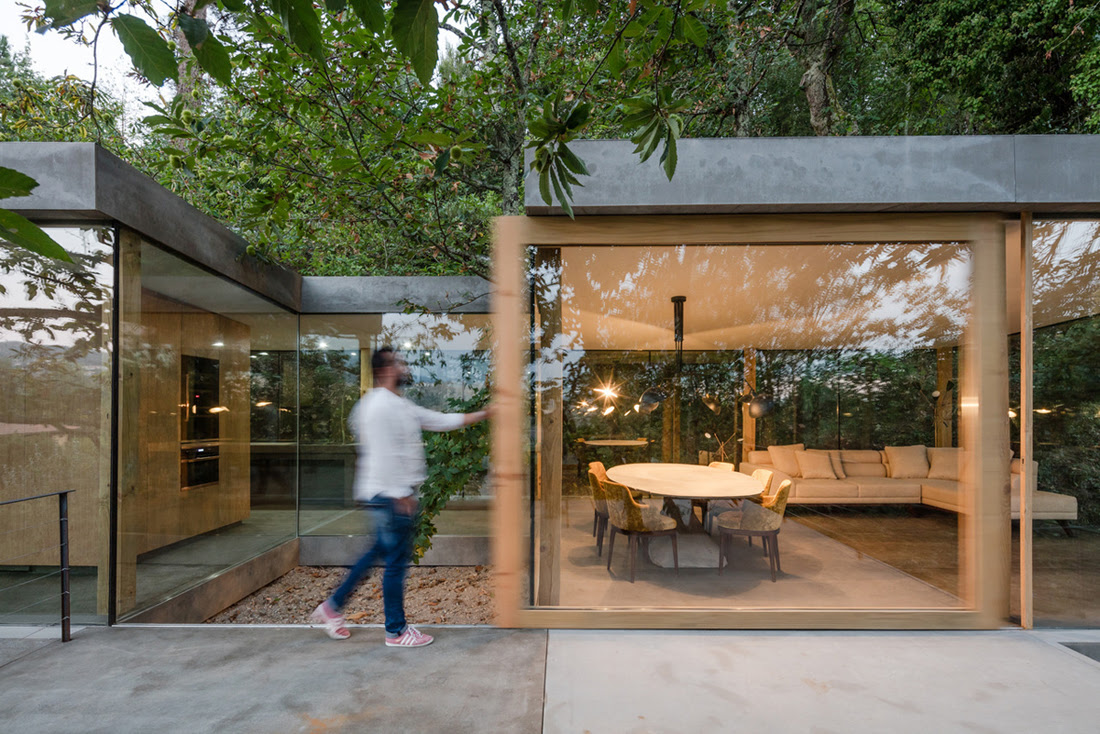 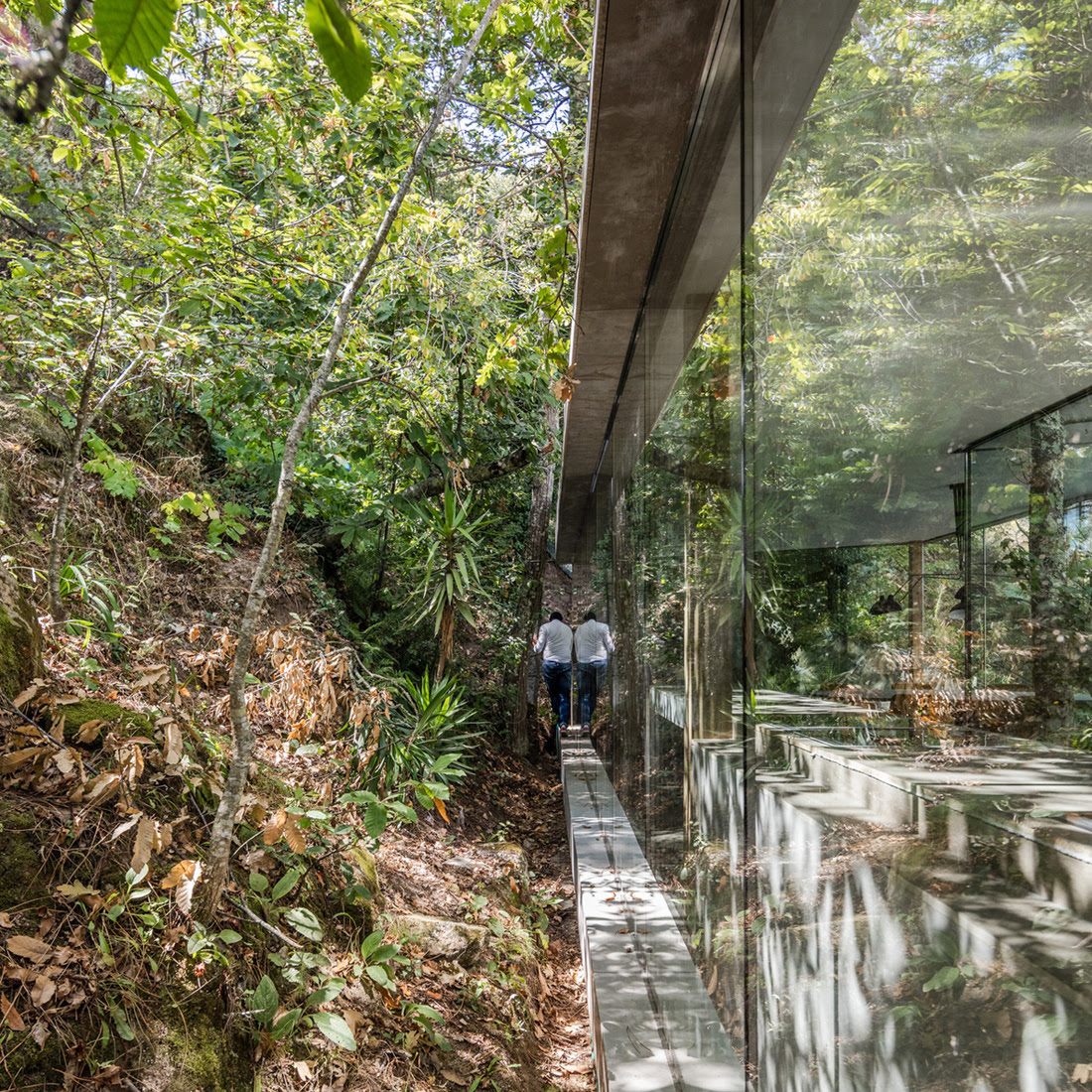 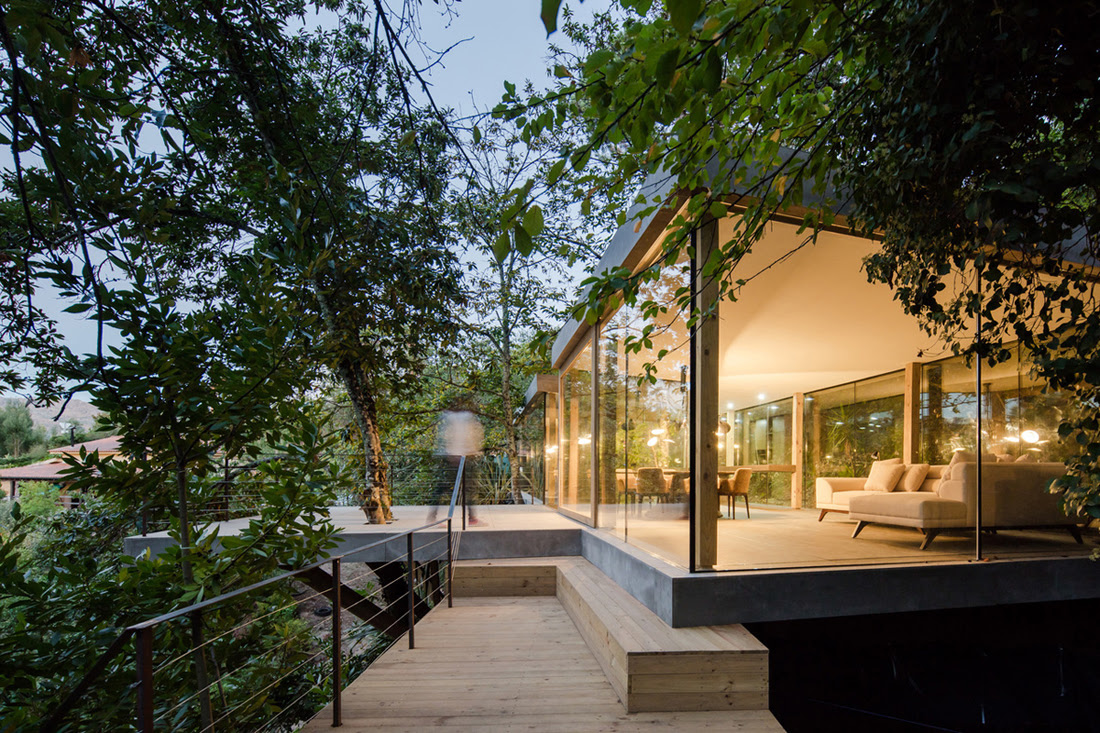 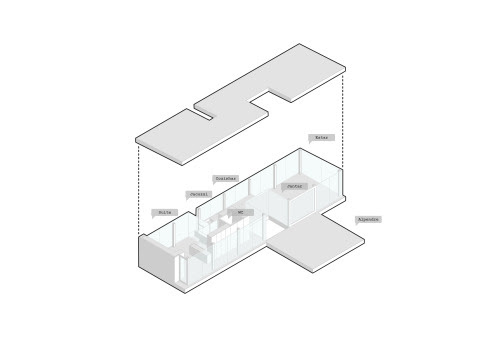 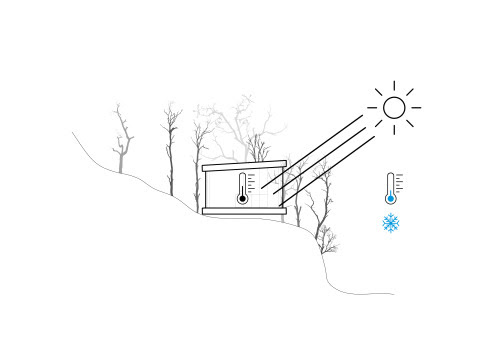 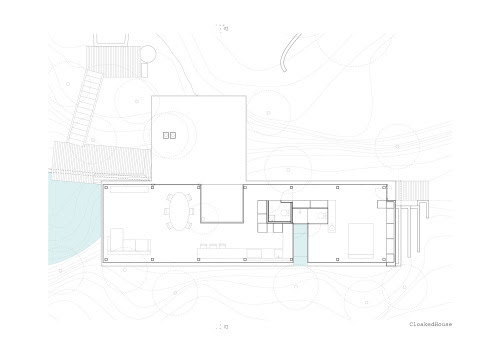 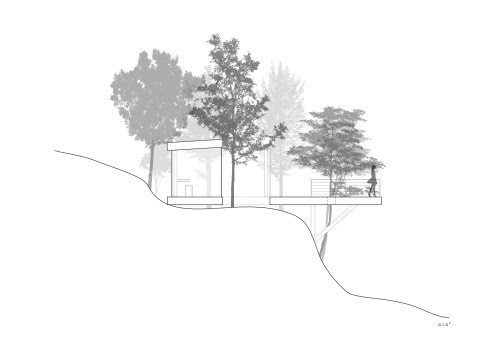 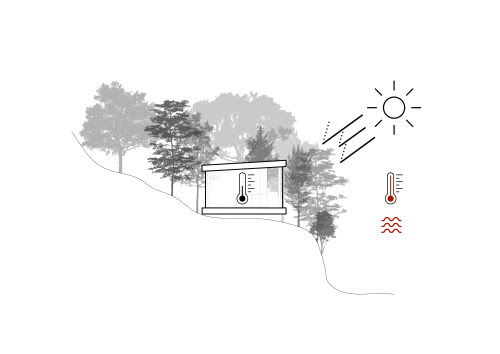 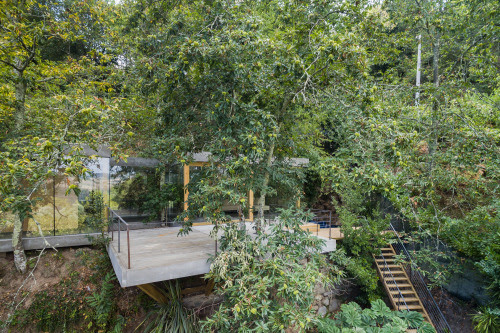 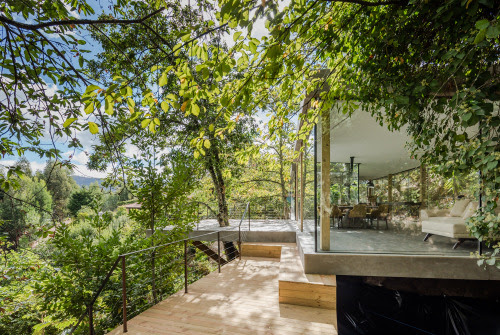 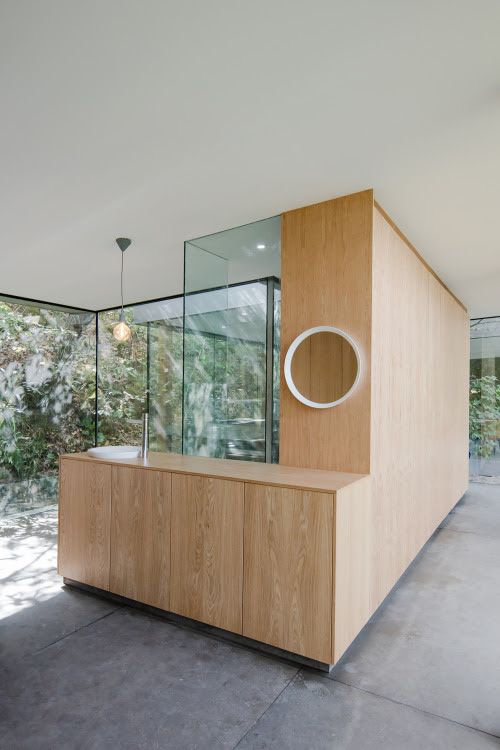 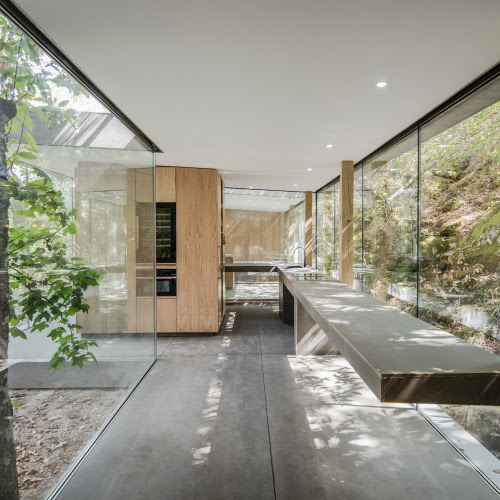