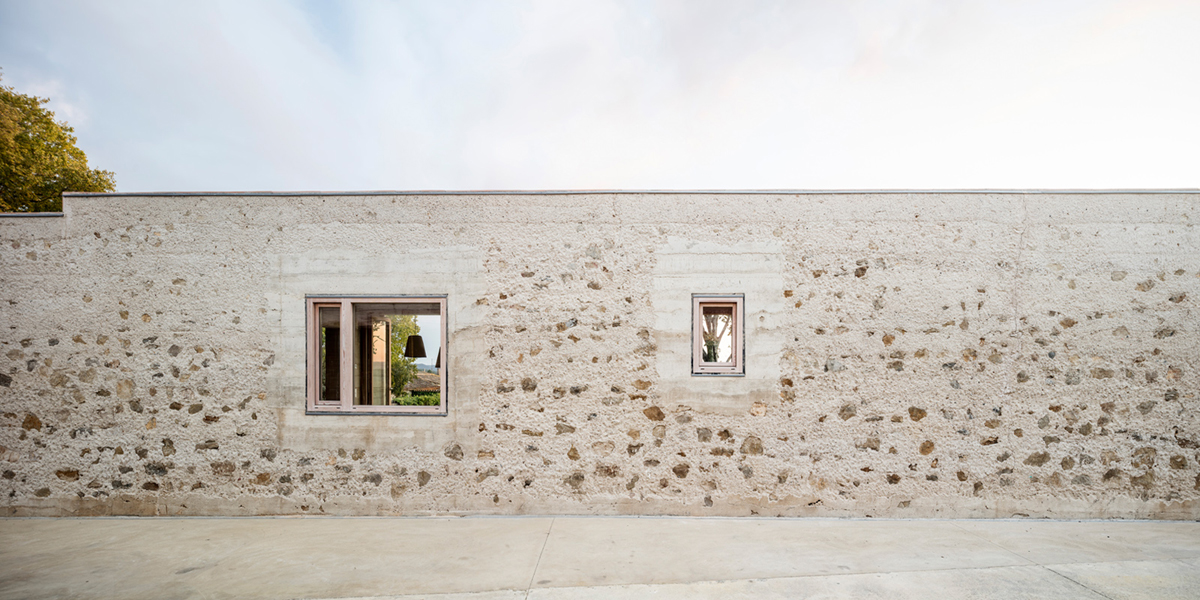 The stone wall that marked out the boundaries of the estate went around the whole site, revealing just the tops of the trees inside. The materiality and the irregularity of the geometry of the wall endowed it with a special character and presence, but the current regulations made it compulsory to extend the width of the street, so preserving the wall was impossible.

Without the existing wall, the first and main challenge the project had to face was that of re-contextualizing the plot, building a new house able to offer a coherent, deferent, and honest response to its surroundings. Instead of placing the house in the middle of the garden, the project proposes surrounding it: a house that functions as a fence.

A house-wall permits recovering the urban continuity and also experimenting with a new, very elongated type, everything in one level, adapted to the topography and to the new geometry of the street.

The house follows the material and constructive logics of the original wall-fence, but adapting them to current requirements. It is built entirely with load-bearing walls, reusing the stones from the old wall, mixing them with aggregate from the plot along with limestone and cement. And to this traditional mortar base small insulating particles of recycled expanded glass will be added. Instead of stacking, the wall will be coffered and lifted with a mixed technique between adobe and cyclopean wall. The outer layers facing the street will be chipped to let the stone resurface, while the interior will show the formwork finish.

The wall’s thickness will vary, and in many cases its depth will allow accommodating the house’s more static spaces, or those that require greater privacy such as bedrooms, bathrooms, laundry area, pantry, closets, toilet… In an almost fractal relationship, the different scales of the project are gradually solved by relating and linking larger and larger spaces until the whole plot is enclosed. This produces a sequence between the more domestic spaces and the ‘wilder,’ more exterior areas.

The linear relationships are addressed before the more static program, attached to the wall, creating a long sequence of corridors that absorb solar radiation during winter, and that can be opened entirely as porches connected to the garden. The transition between the different climates in the building evolves constantly throughout the year. 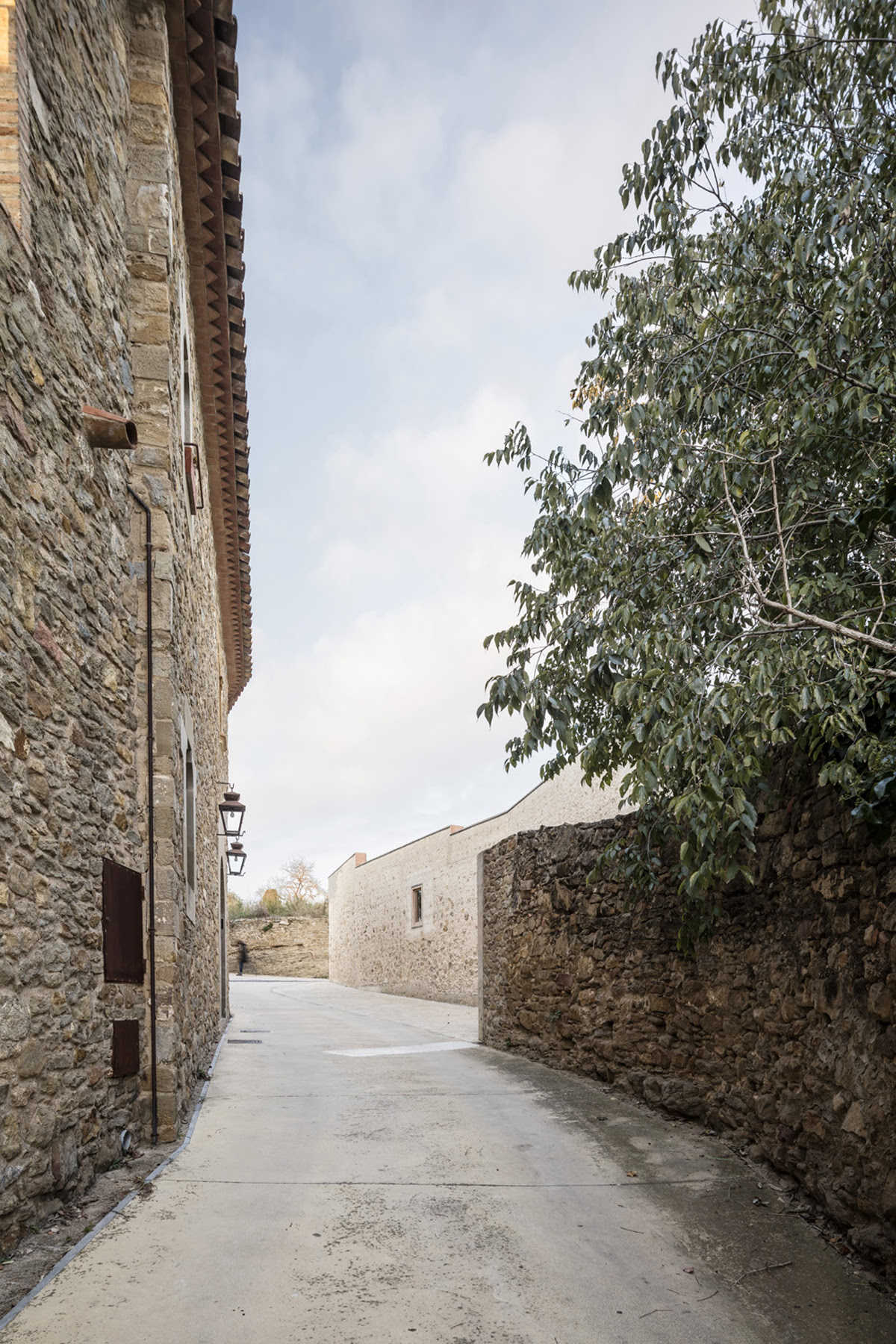 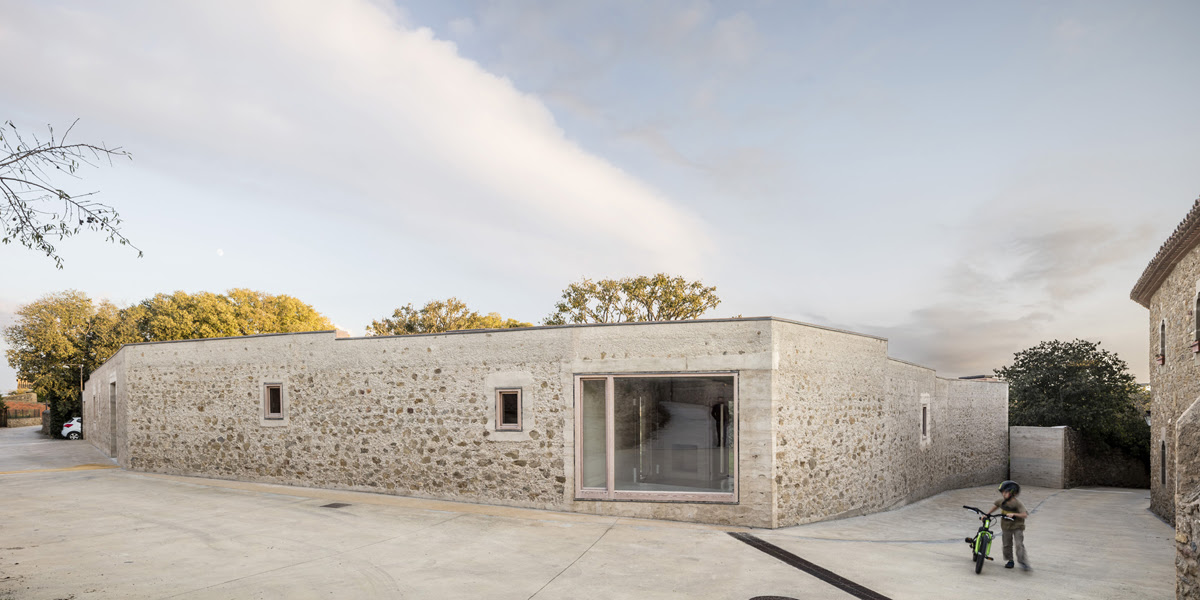 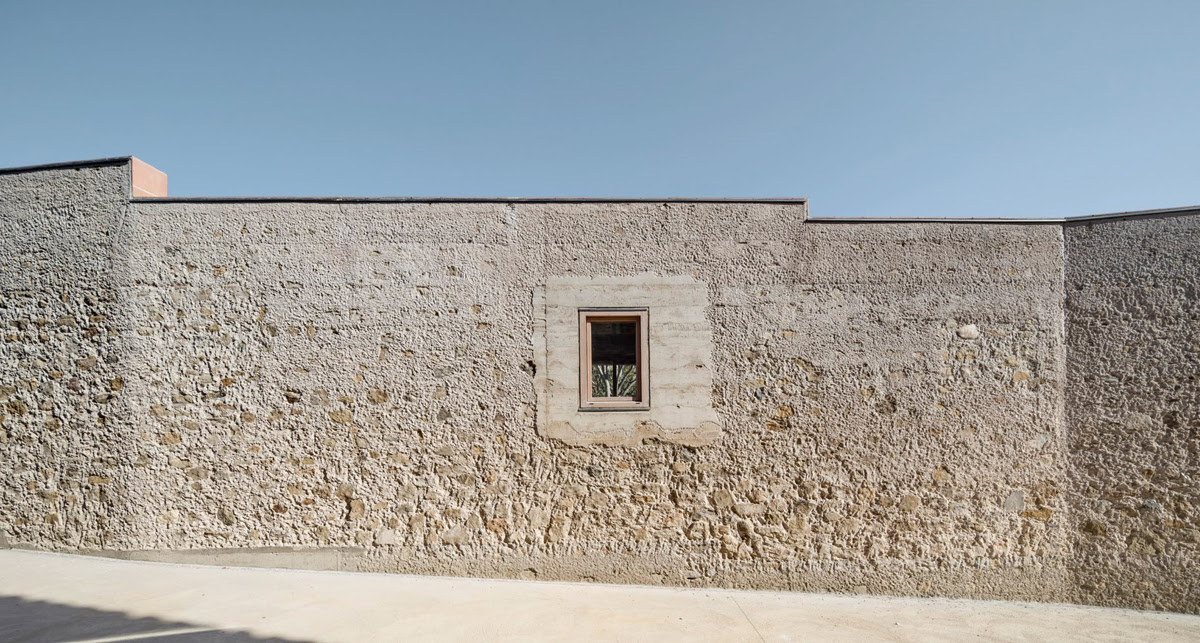 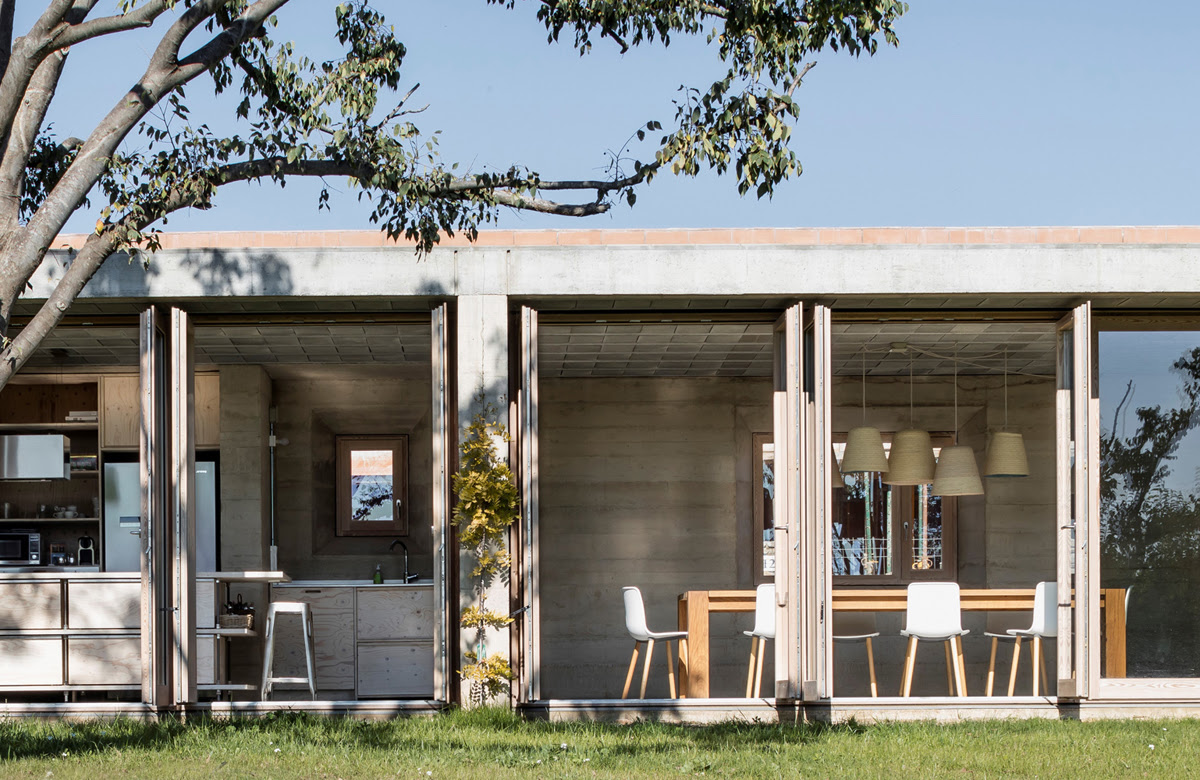 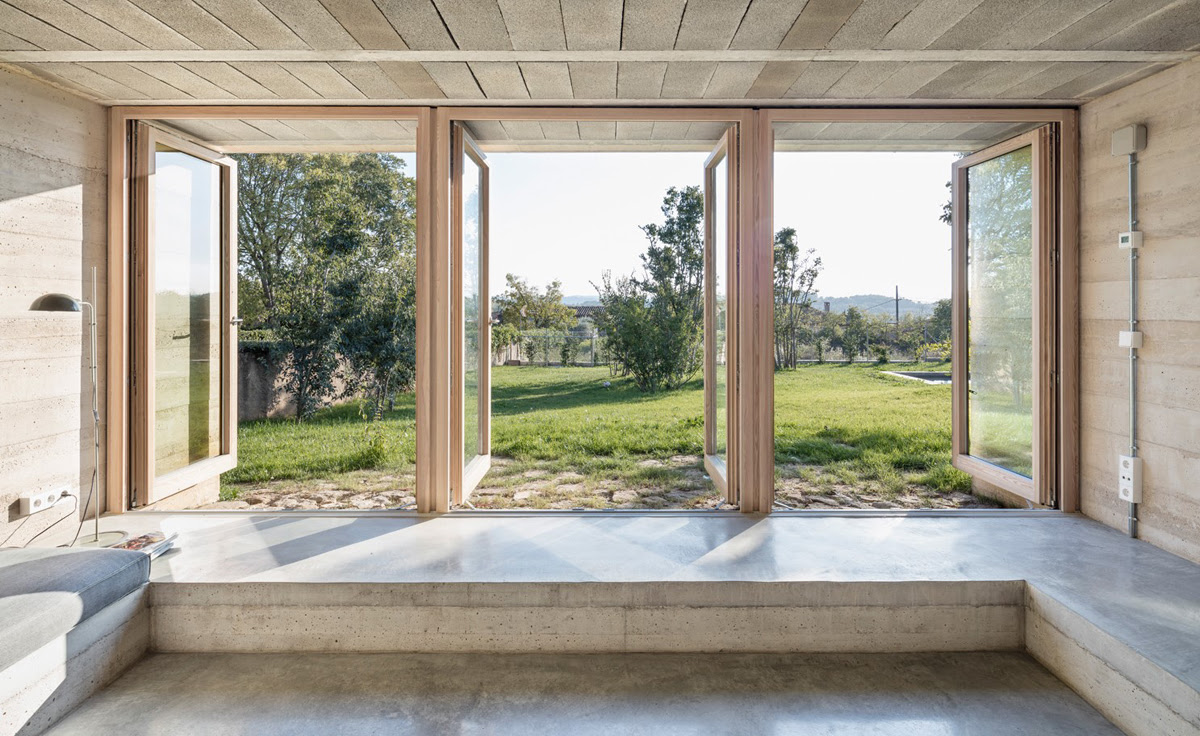 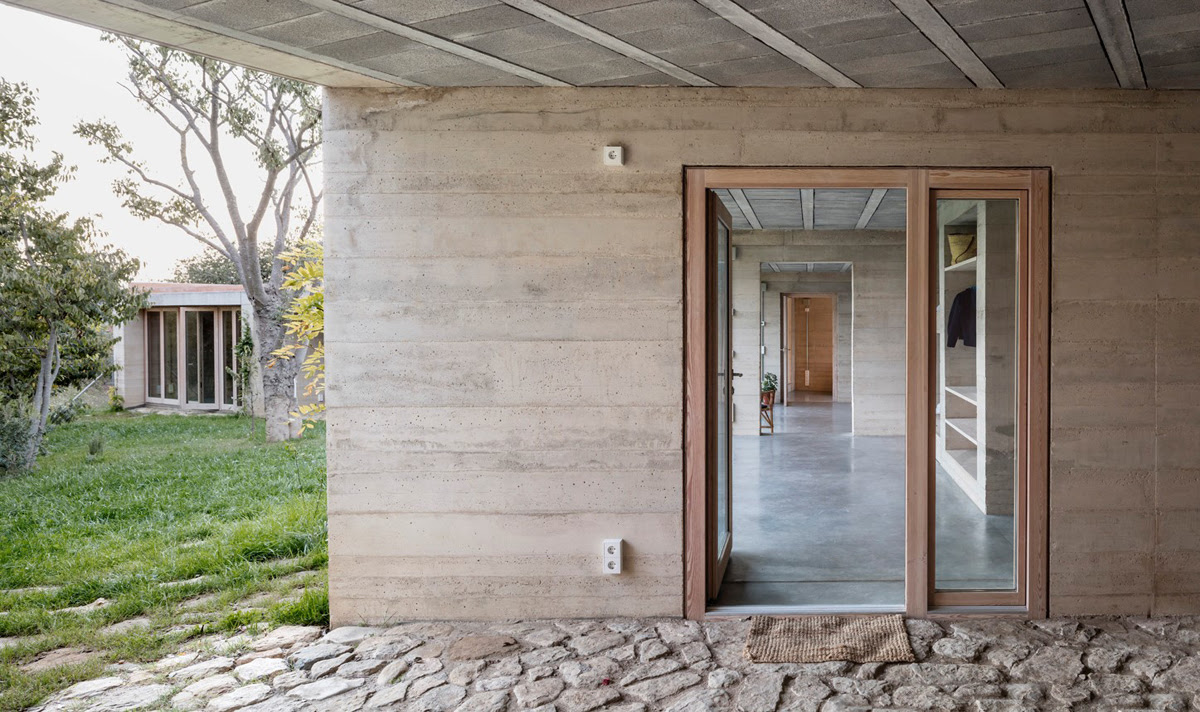 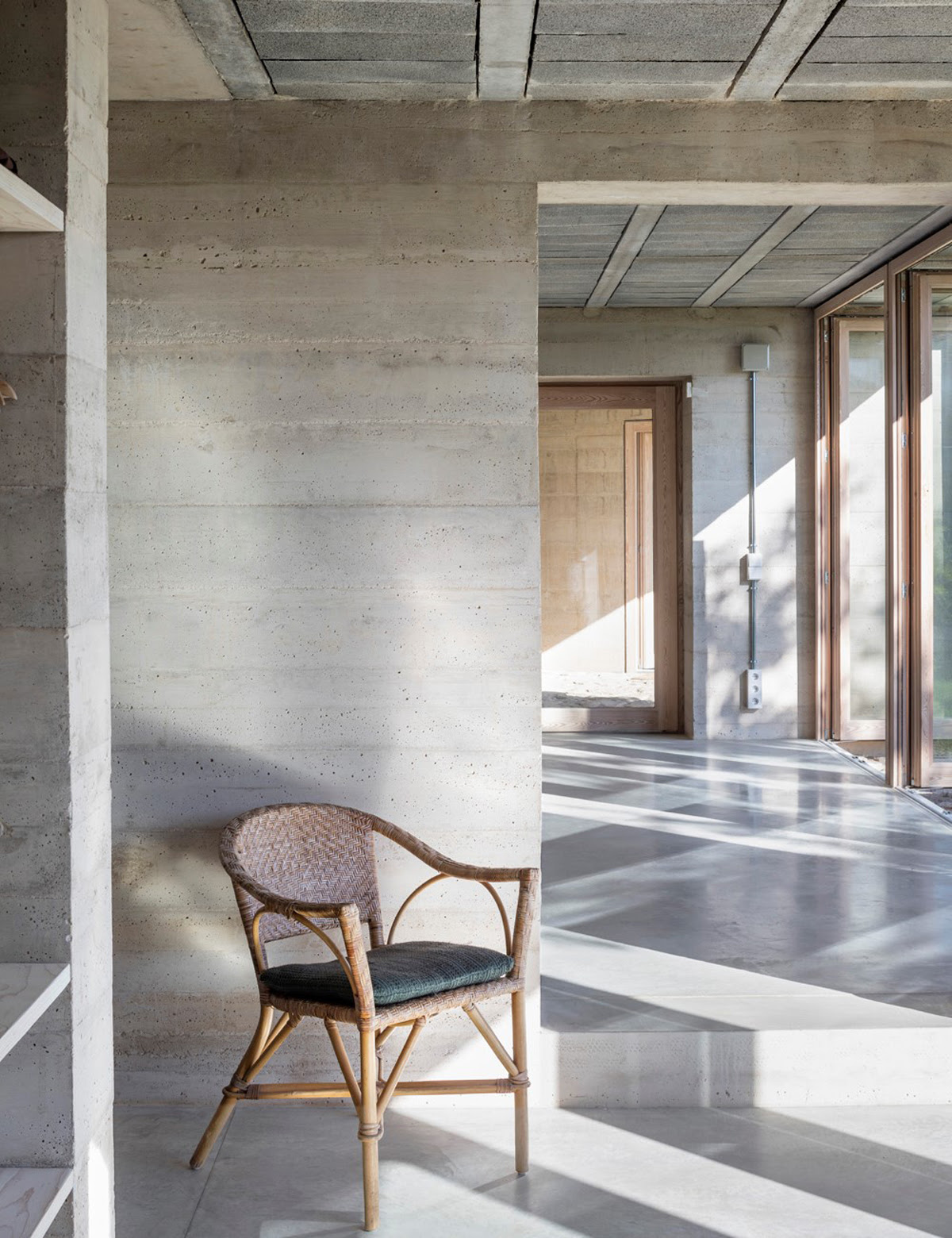 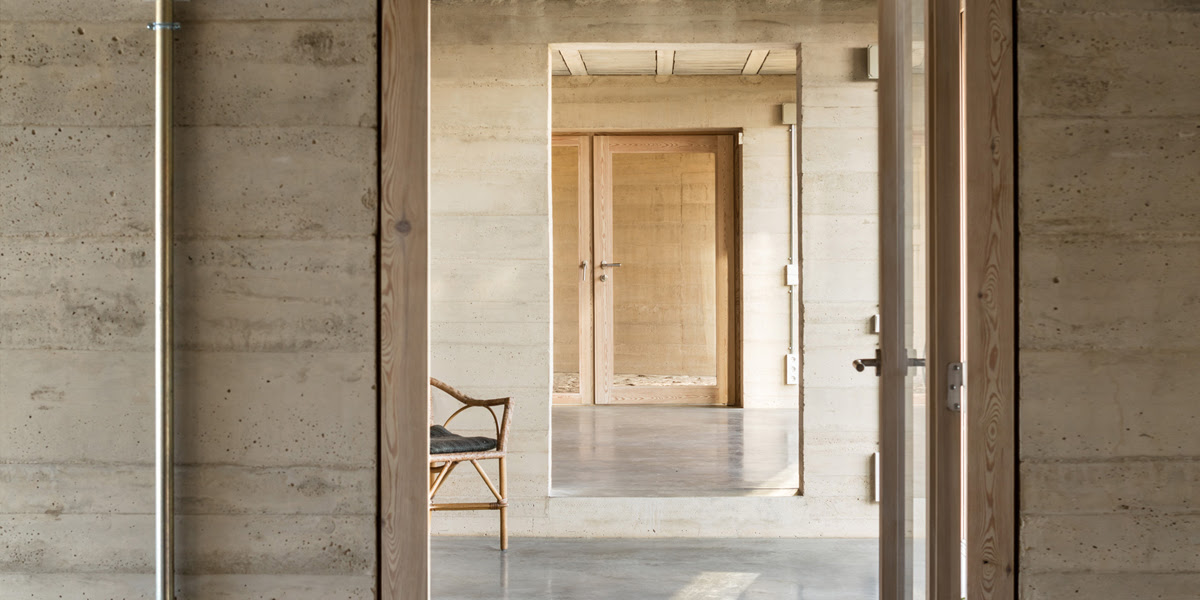 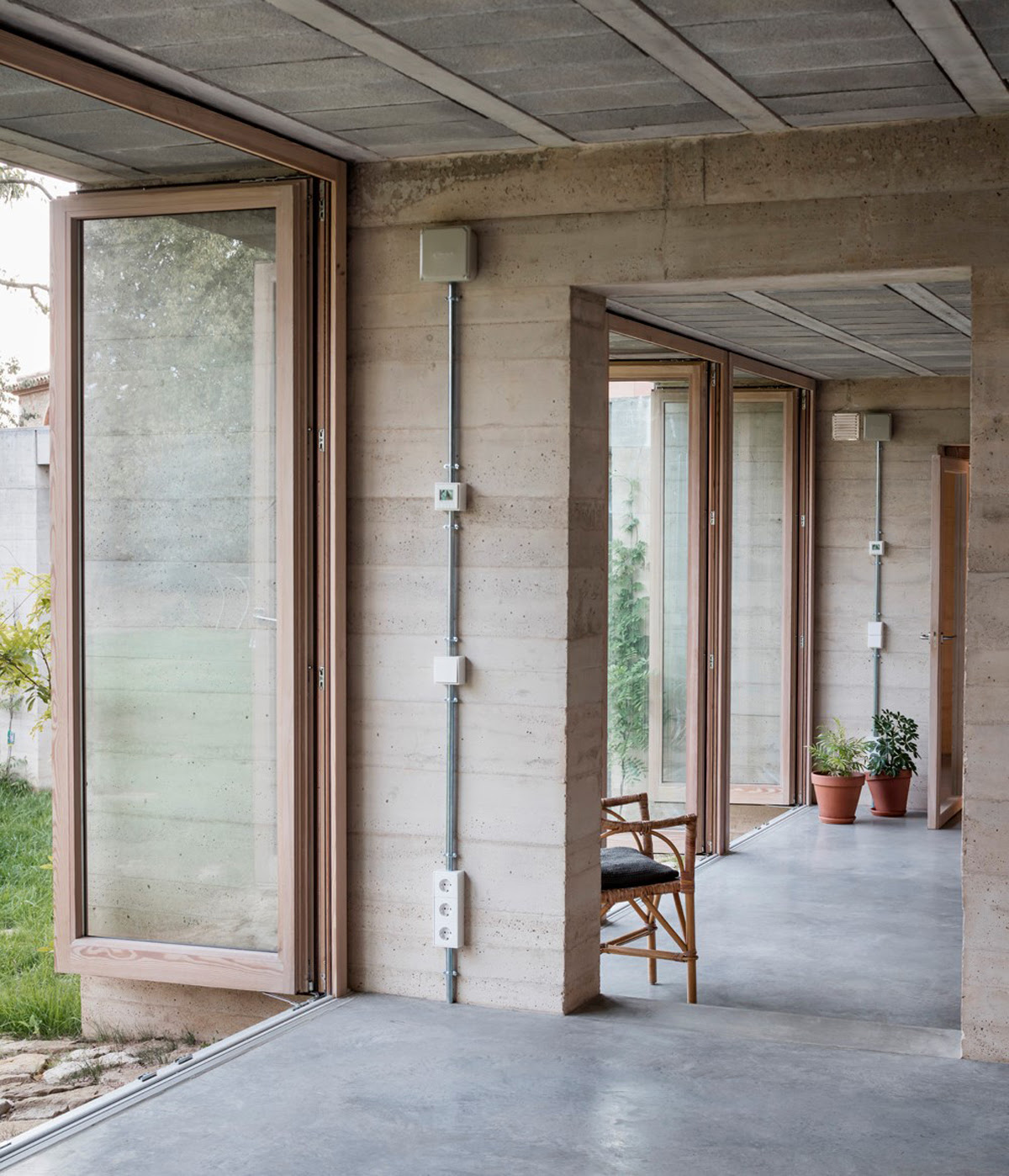 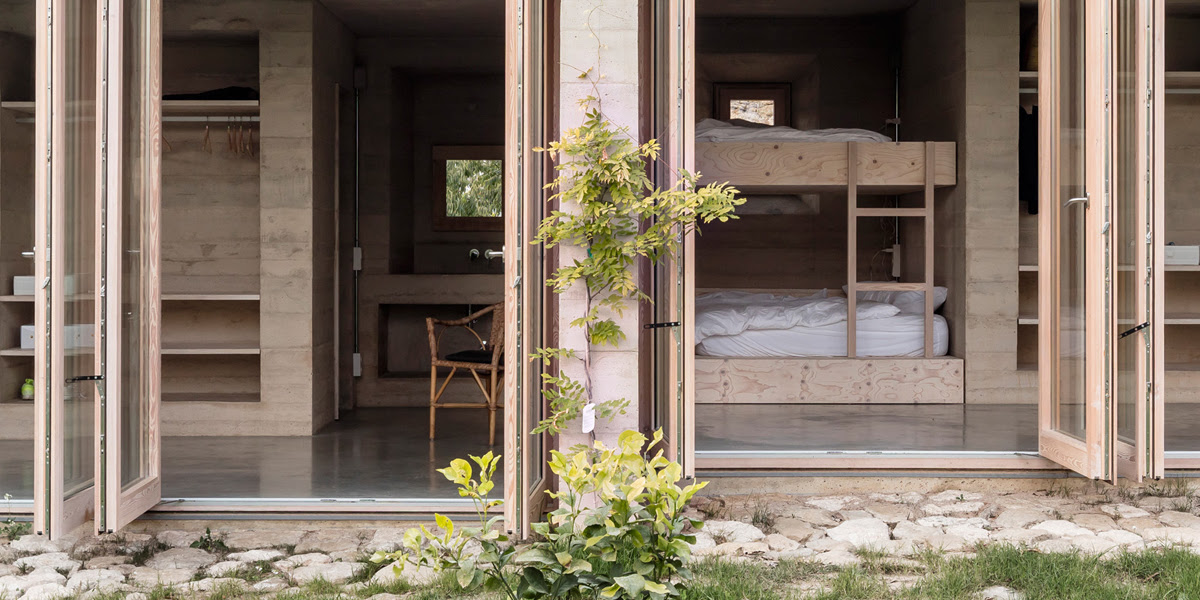 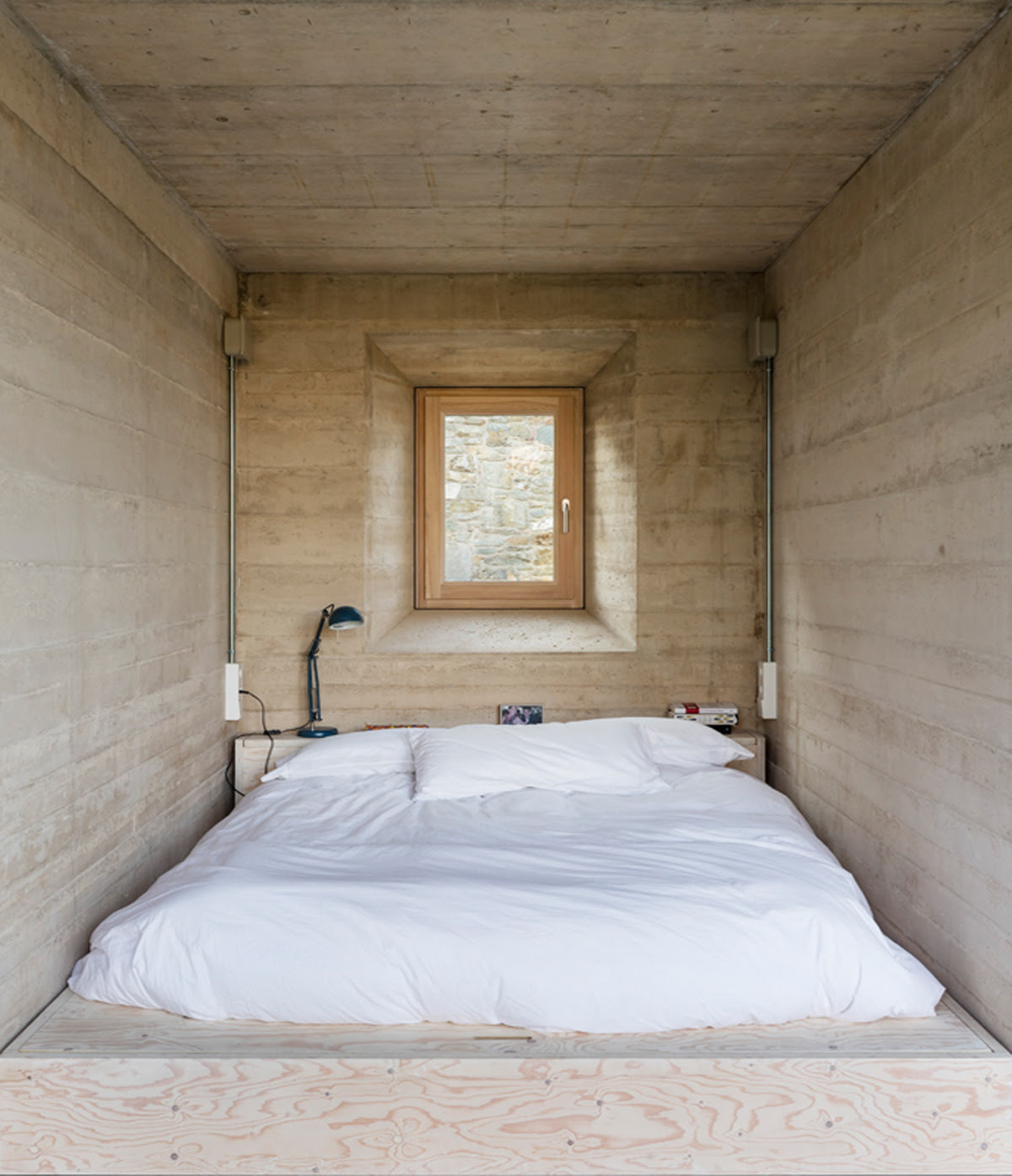 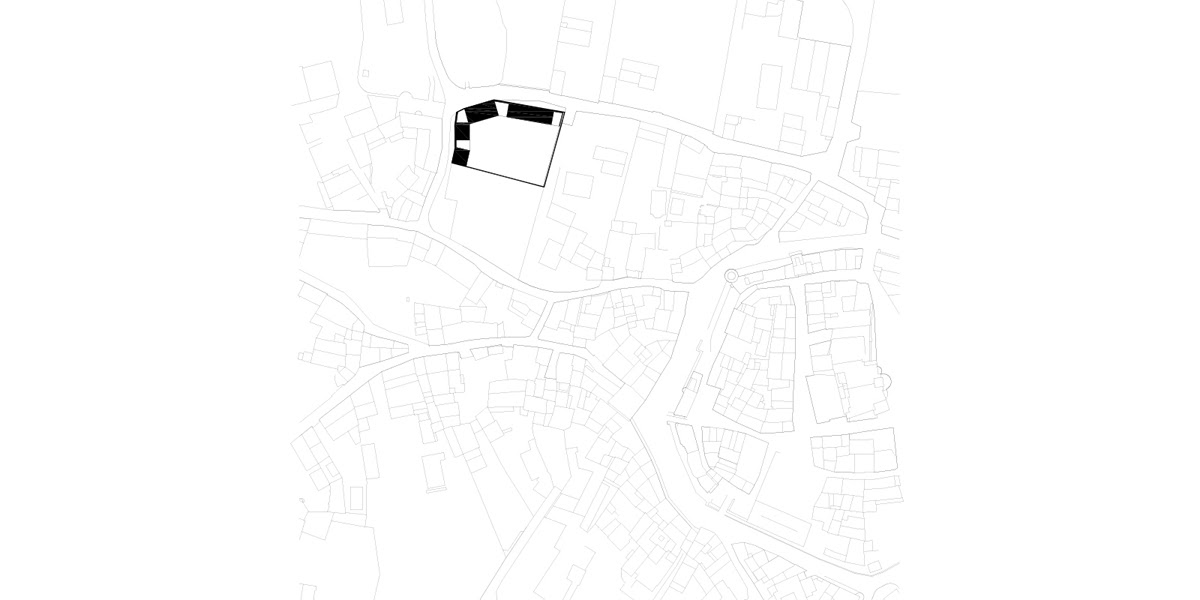 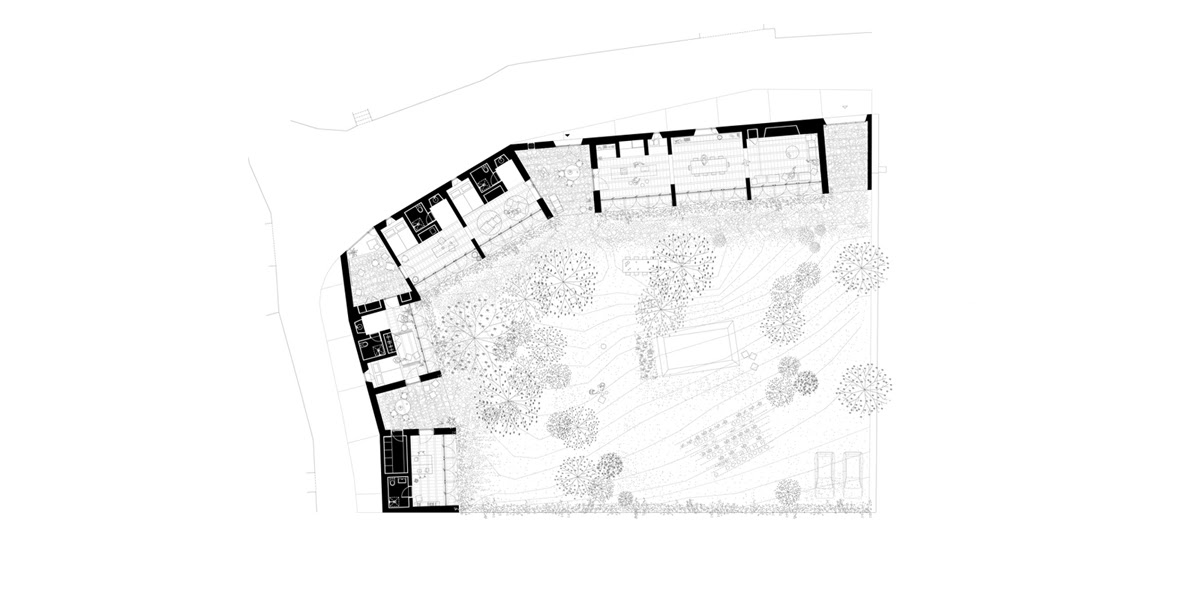 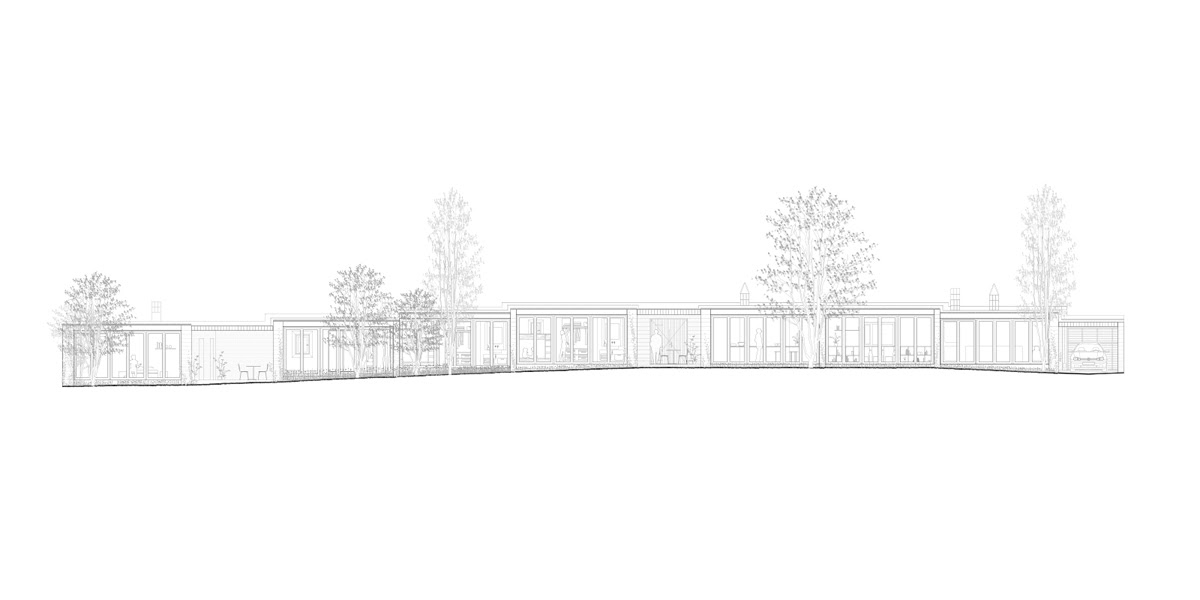 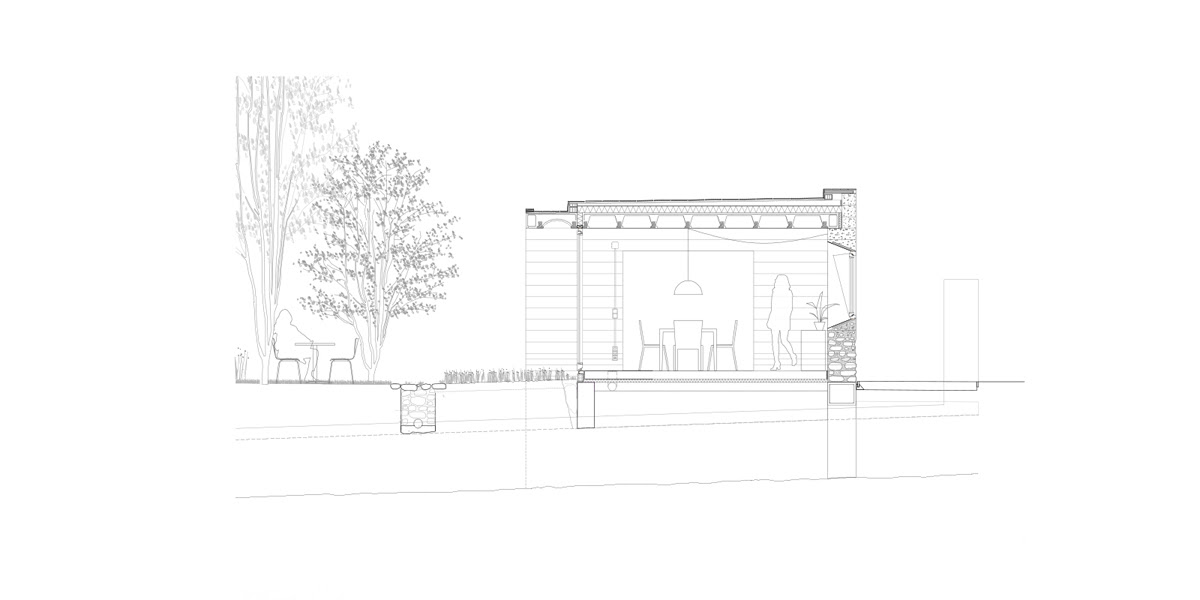 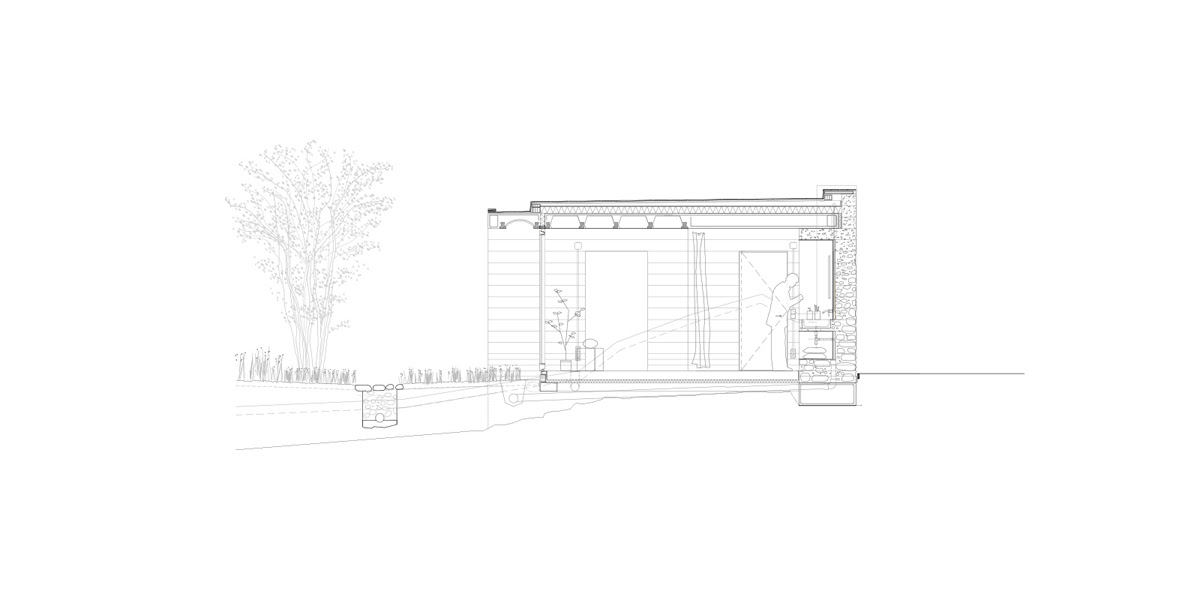 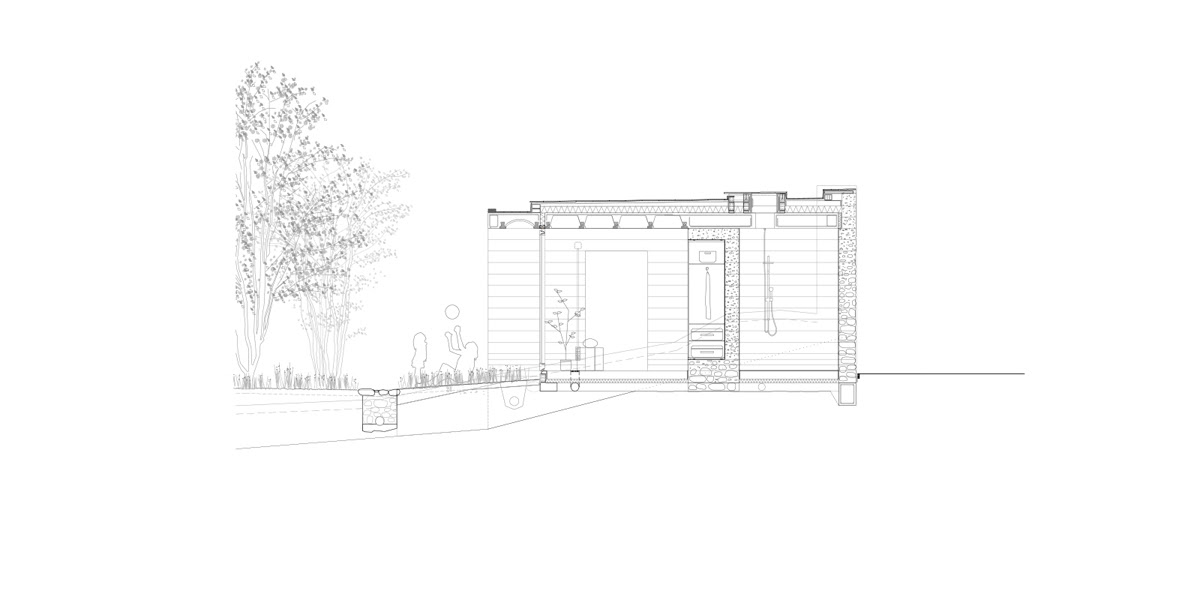 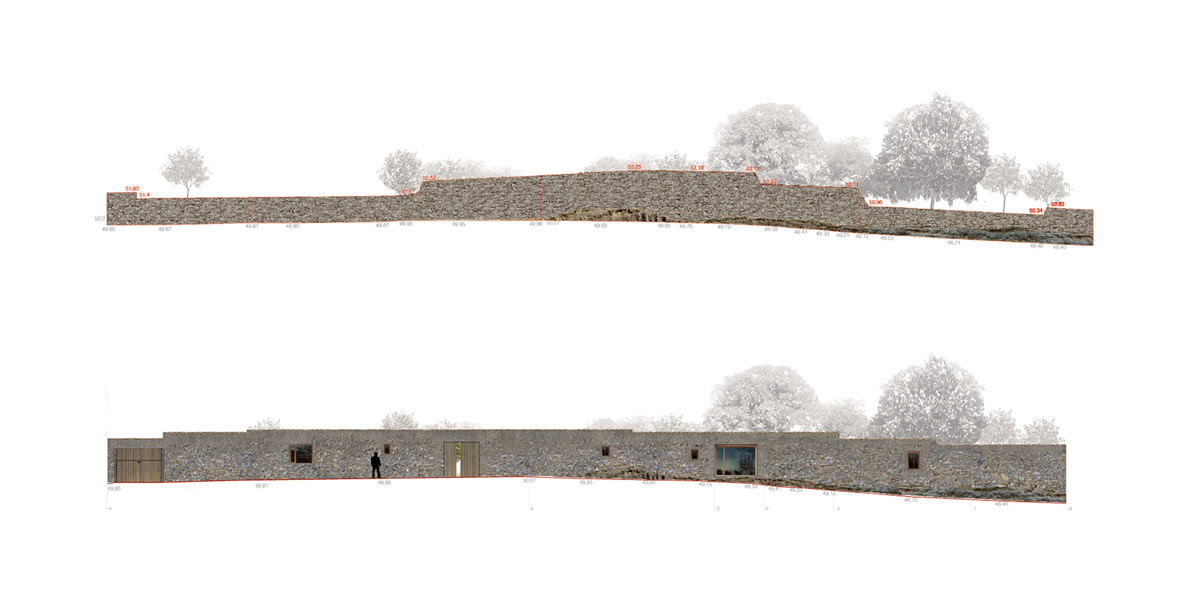