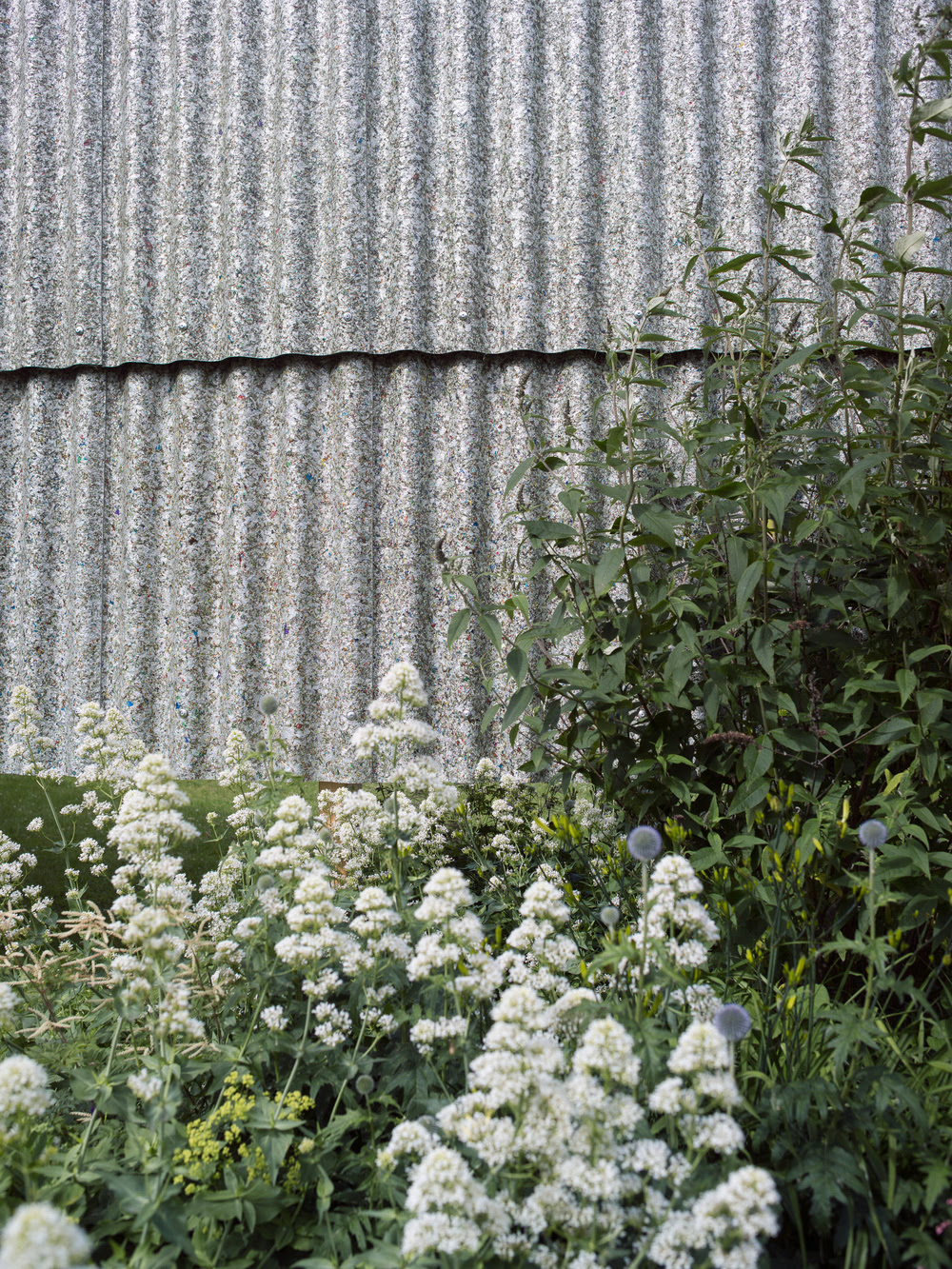 Rotunda is situated in the city of Aarhus, Denmark and is a temporary pavilion celebrating the city’s title as European Culture Capital 2017. As part of the headline Rethink Architecture the pavilion is rethinking temporary architecture in relation to social and environmental sustainability.

The pavilion is conceived as an installation that refines and strengthens the inherent qualities already existing on the site. The undulating landscape, the flowerbeds and a single trail is captured by the geometrical circle, which redefines a new urban situation in the city. The trail cuts directly through the pavilion and makes room for the daily routines of people passing by.

The pavilion becomes a place in itself, an enclosed space that allows for a moment of rest or a gathering space for picnics or partying.

The structure is made from few and accessible materials, which are rethought and recomposed in a new constellation. The facade cladding is recognisable in its format of corrugated panels, but is in fact made of 100% recycled beverage cartons. The reuse of the shredded and compressed material gives the pavilion a special character and is a way of recognising and highlighting the potential of waste as a legitimate and not least beautiful building material 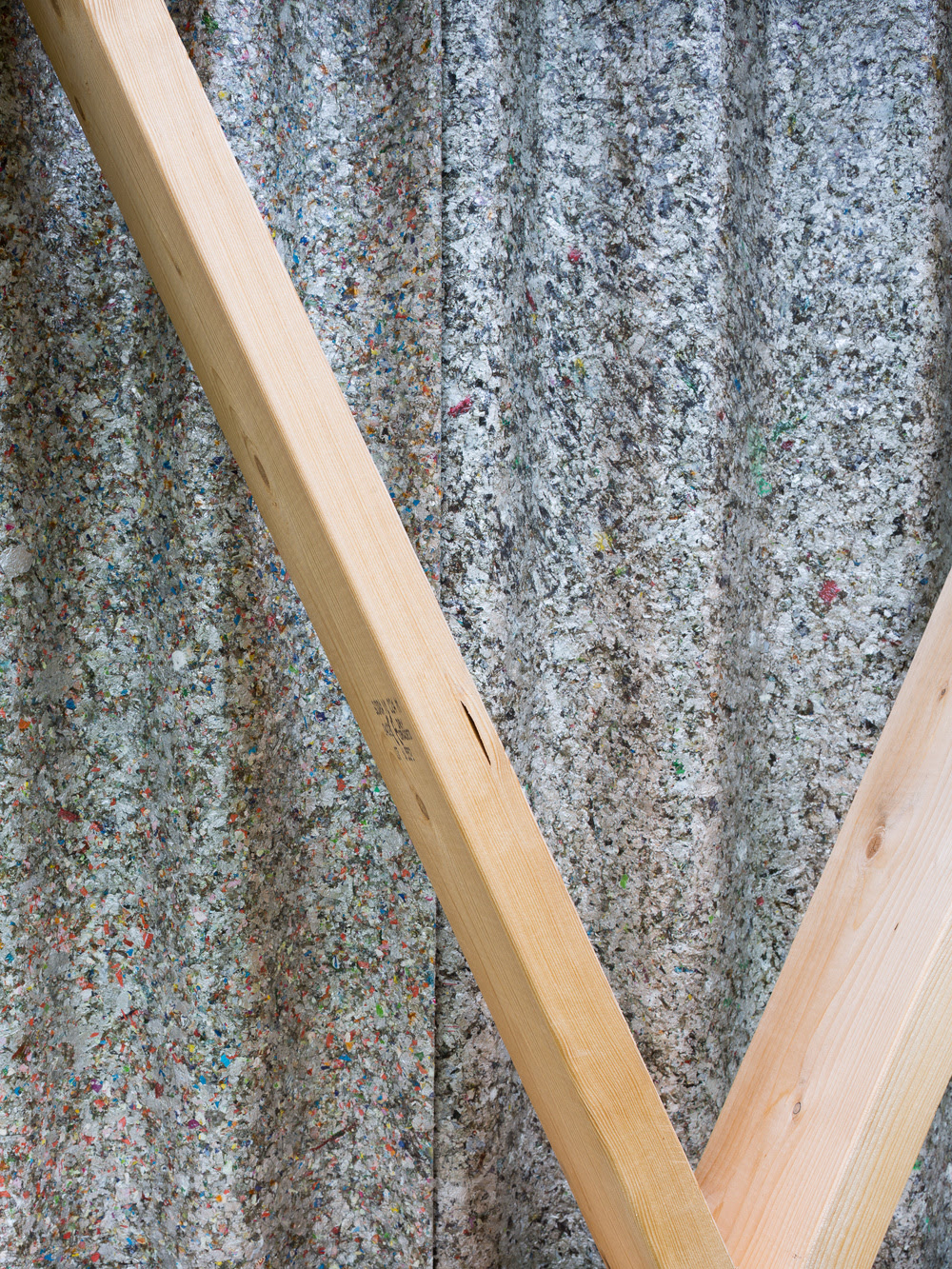 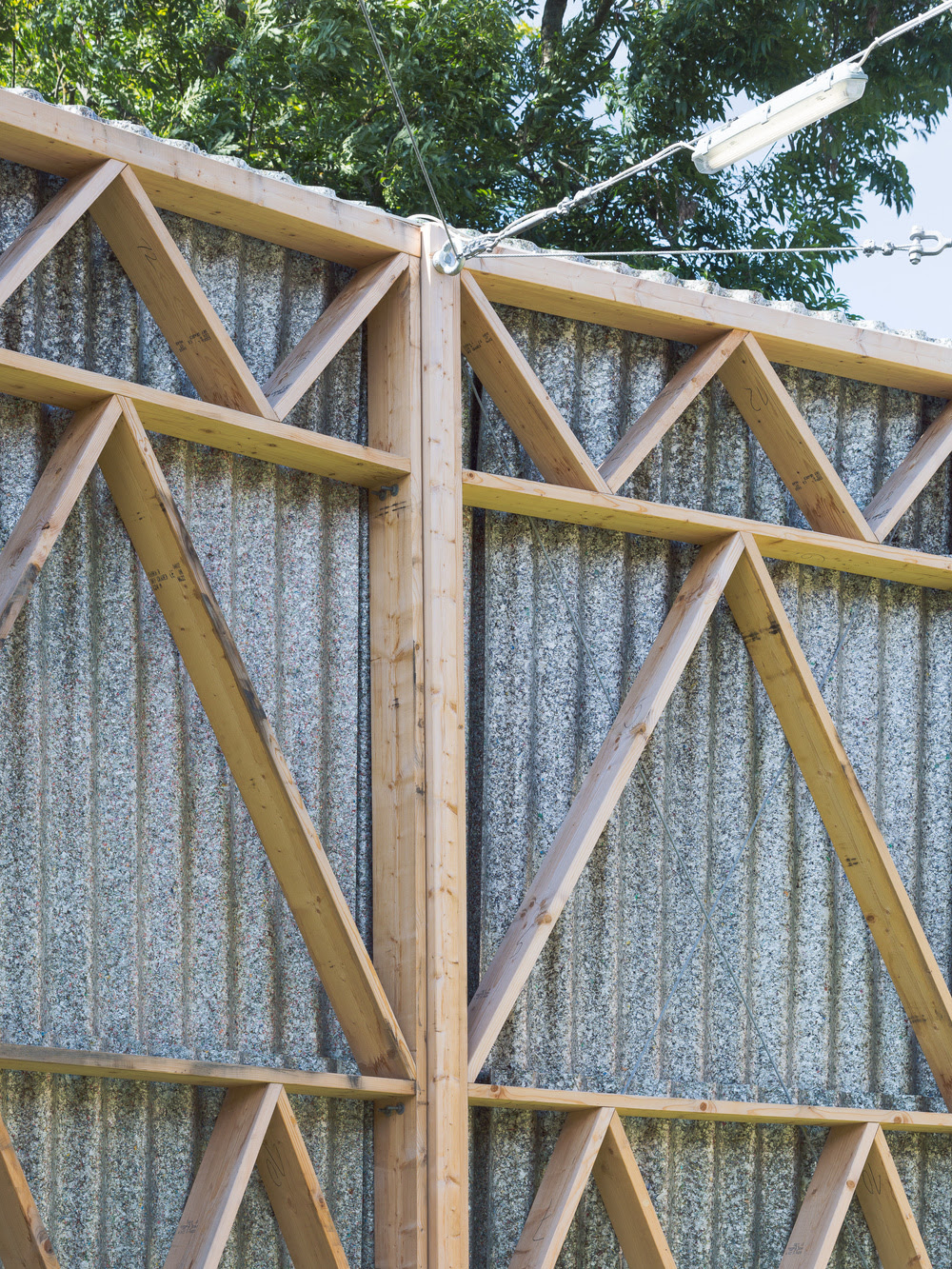 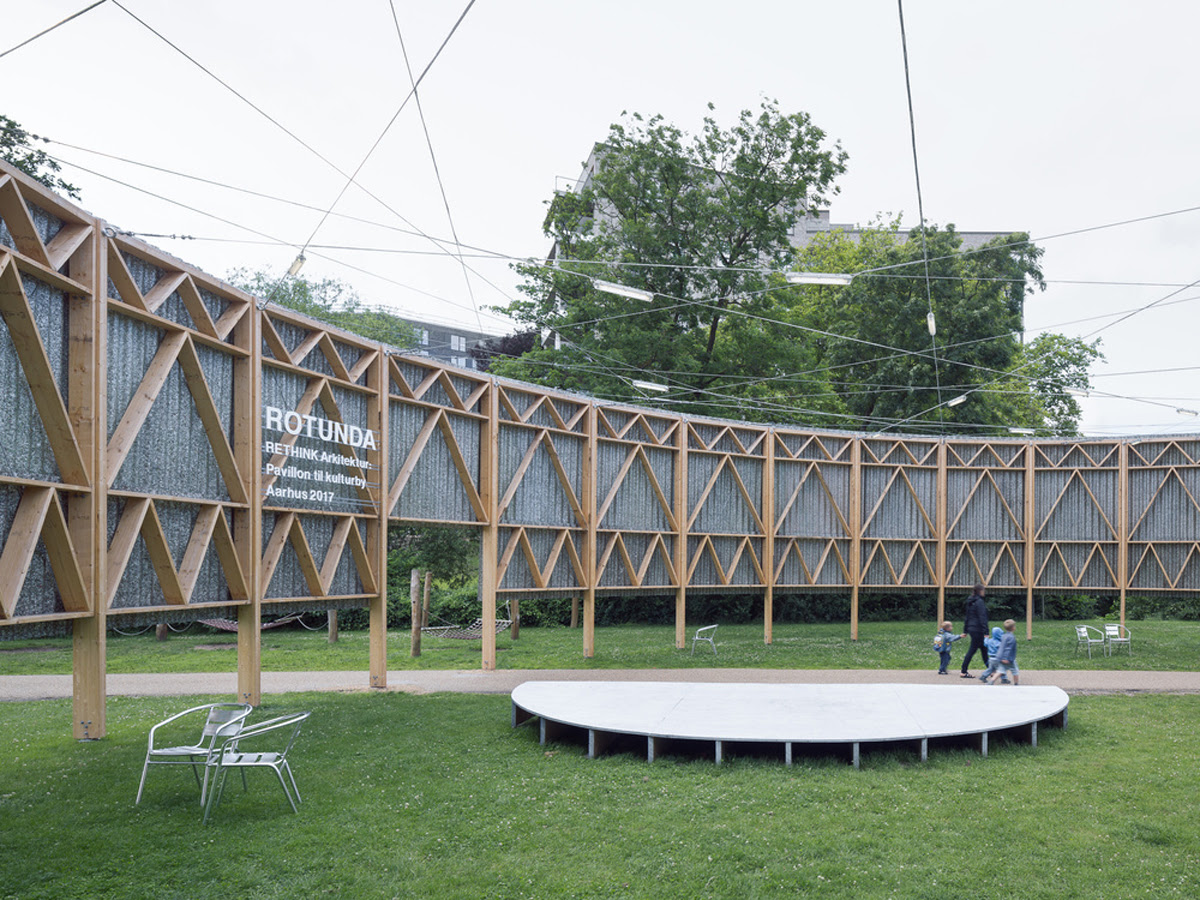 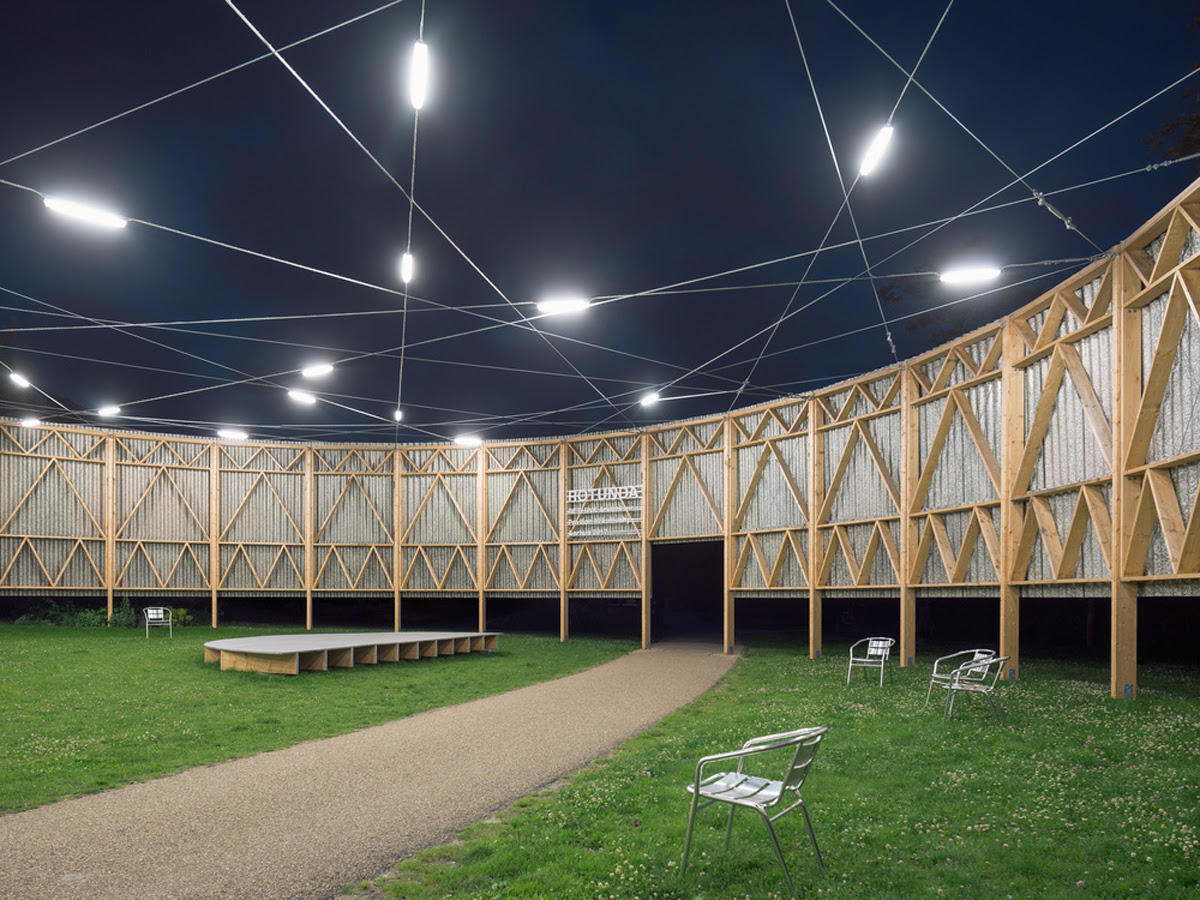 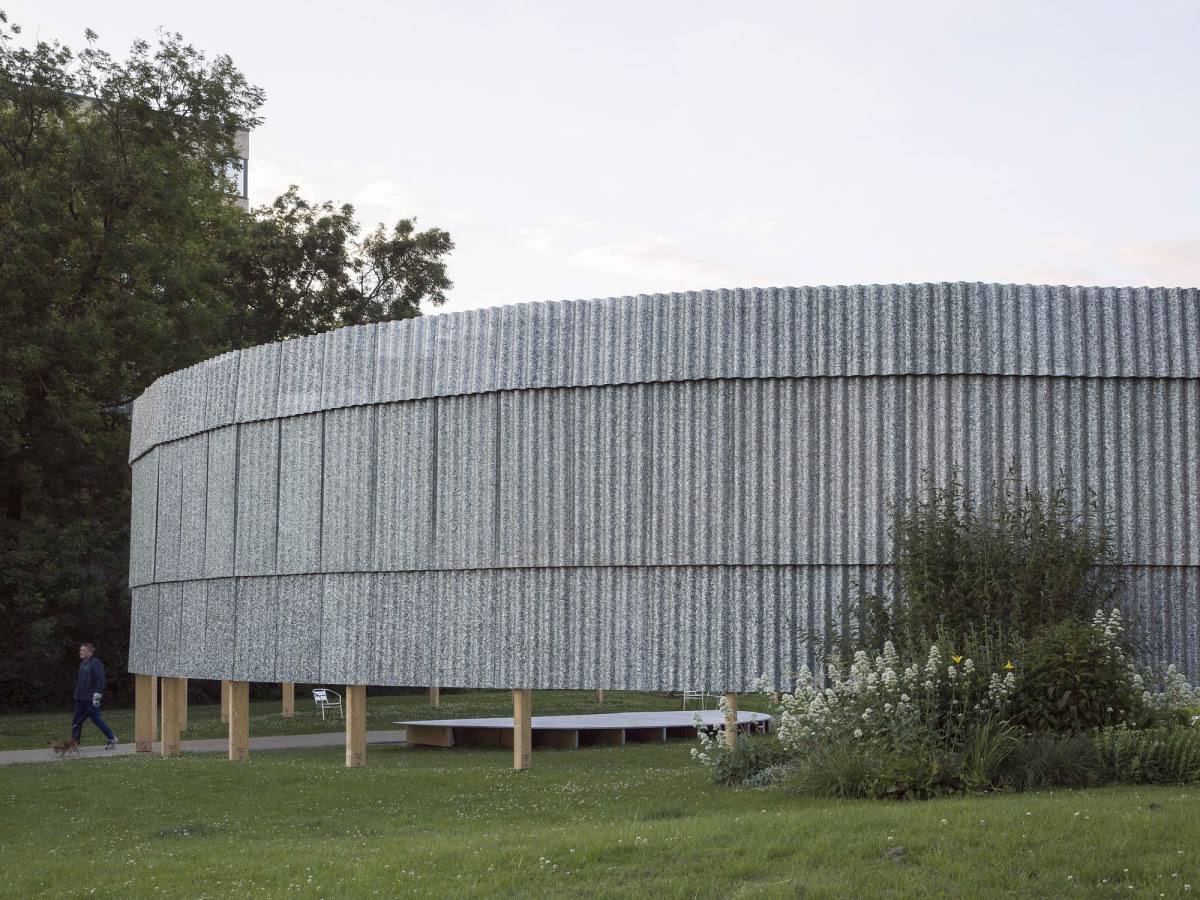 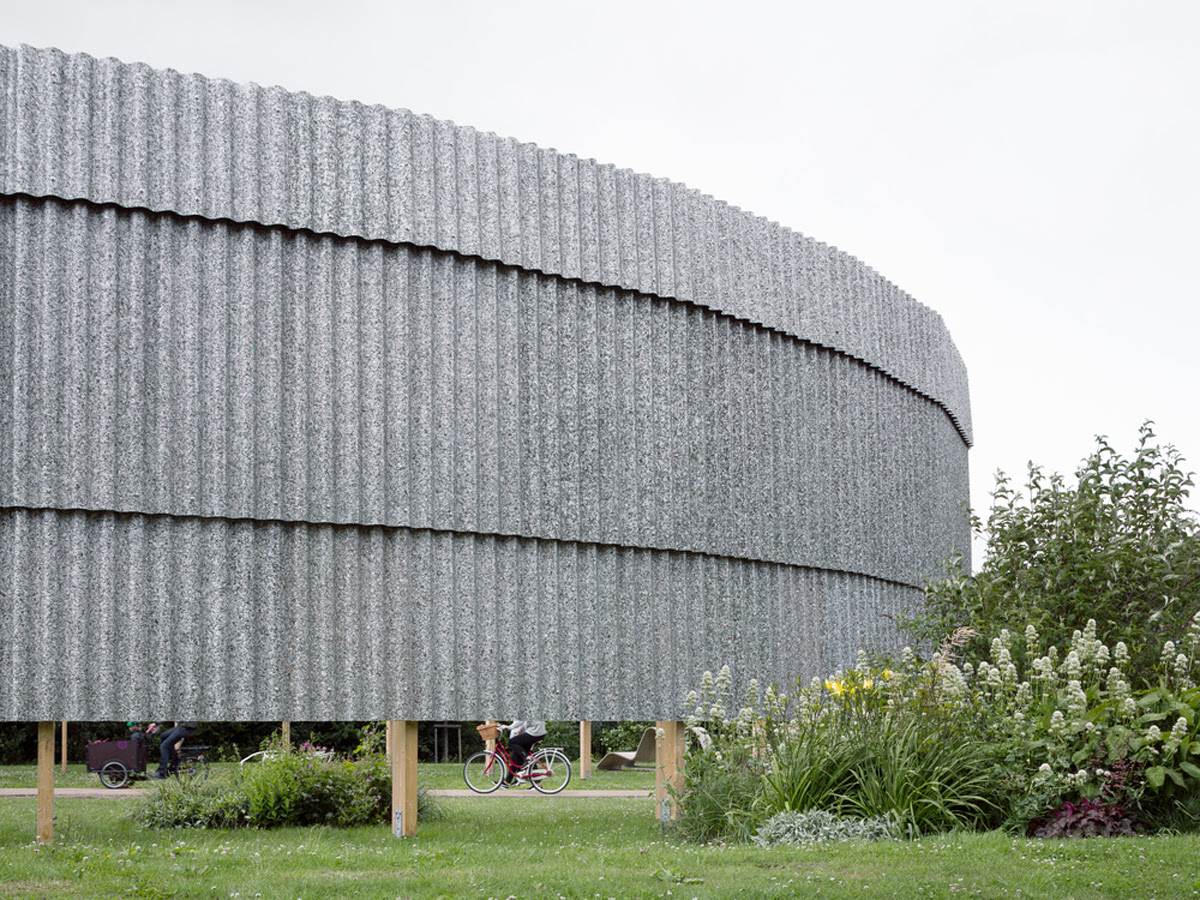 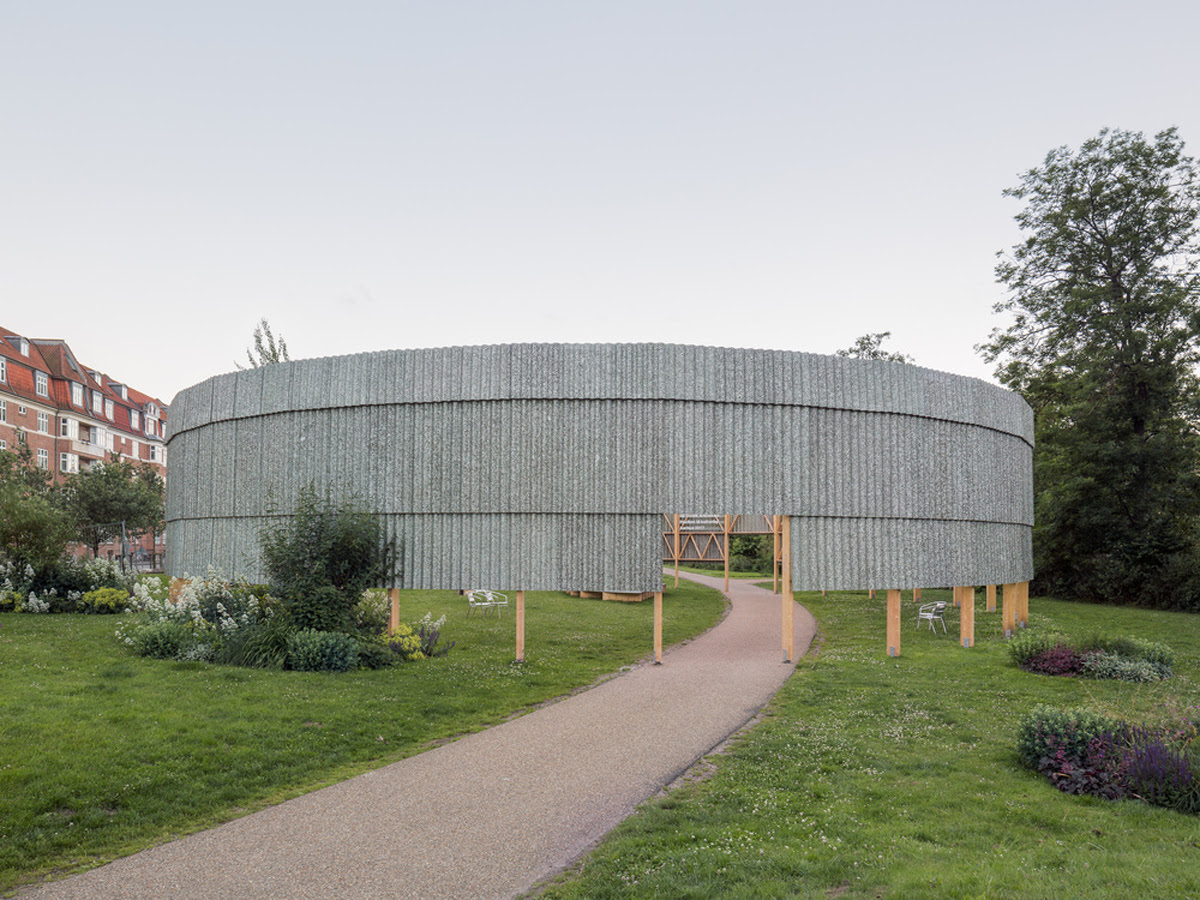 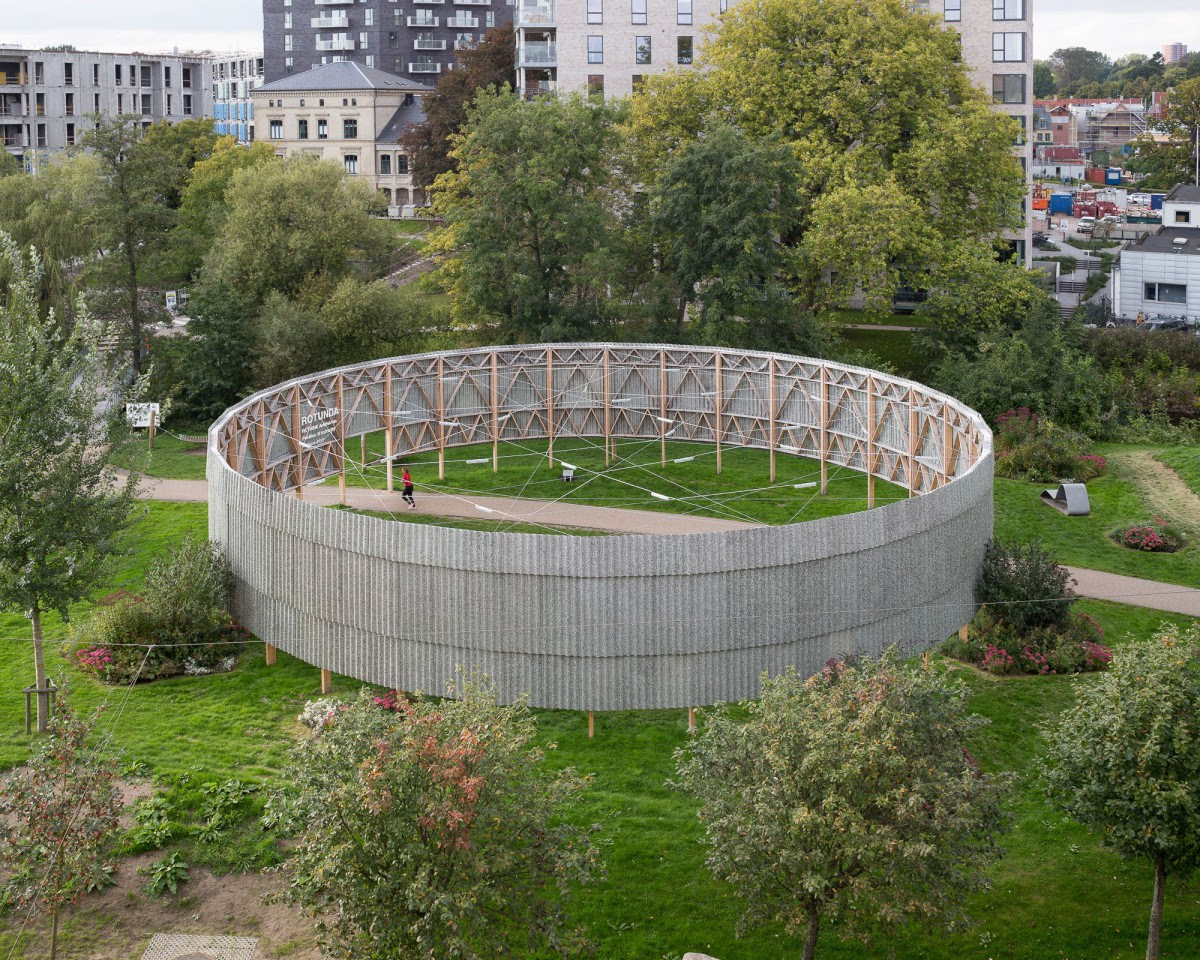 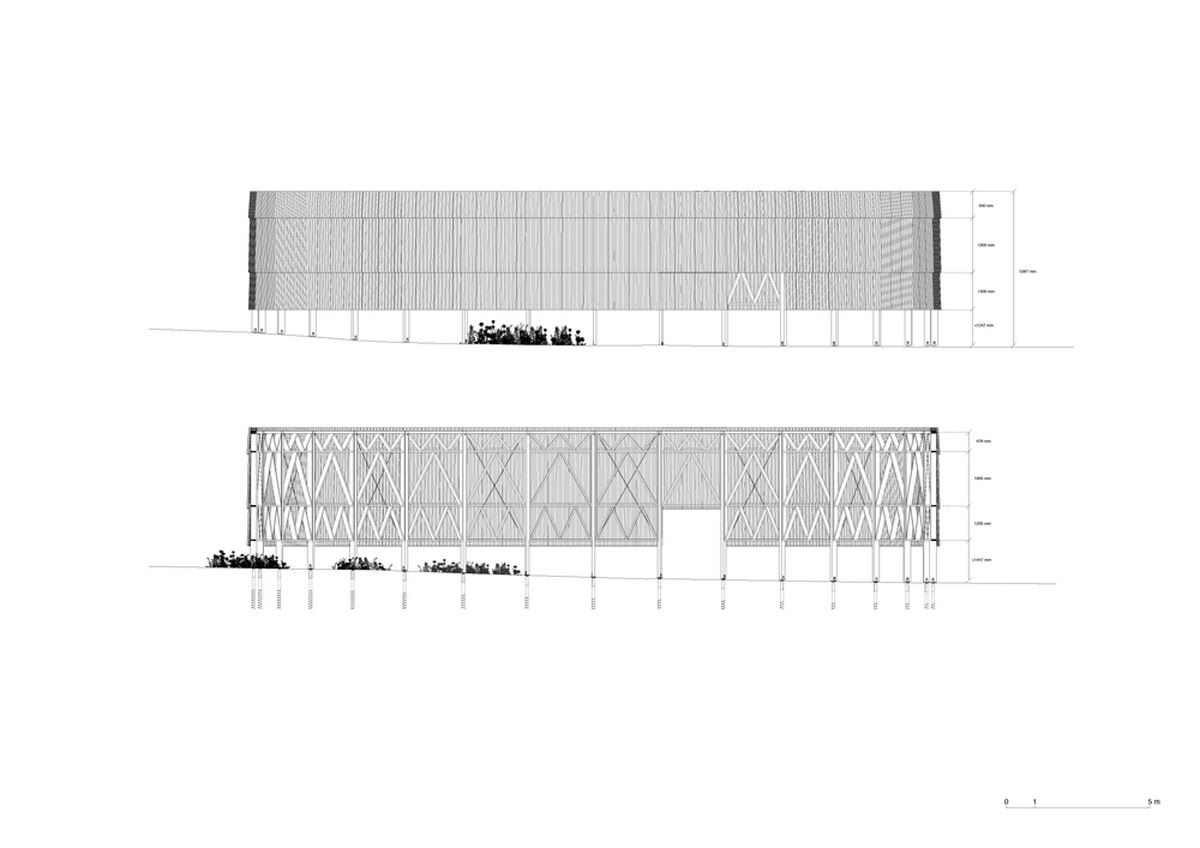 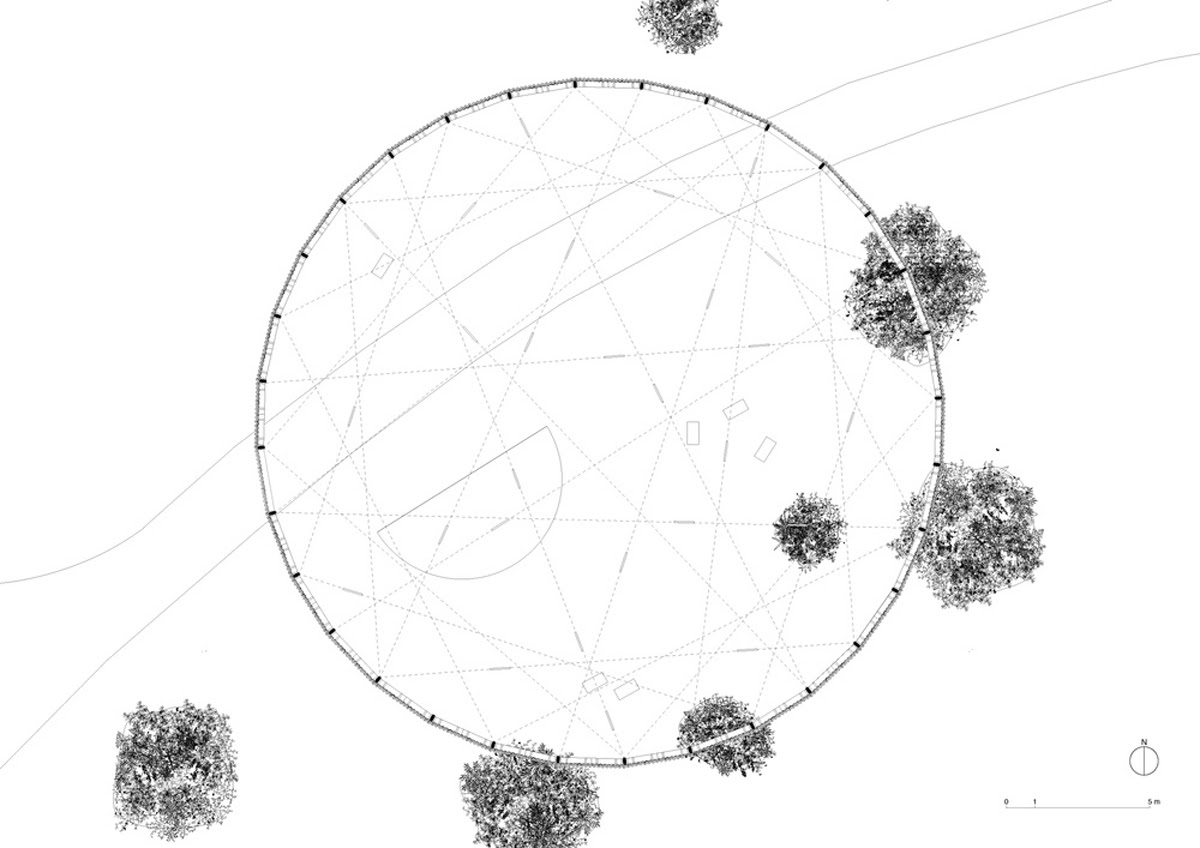 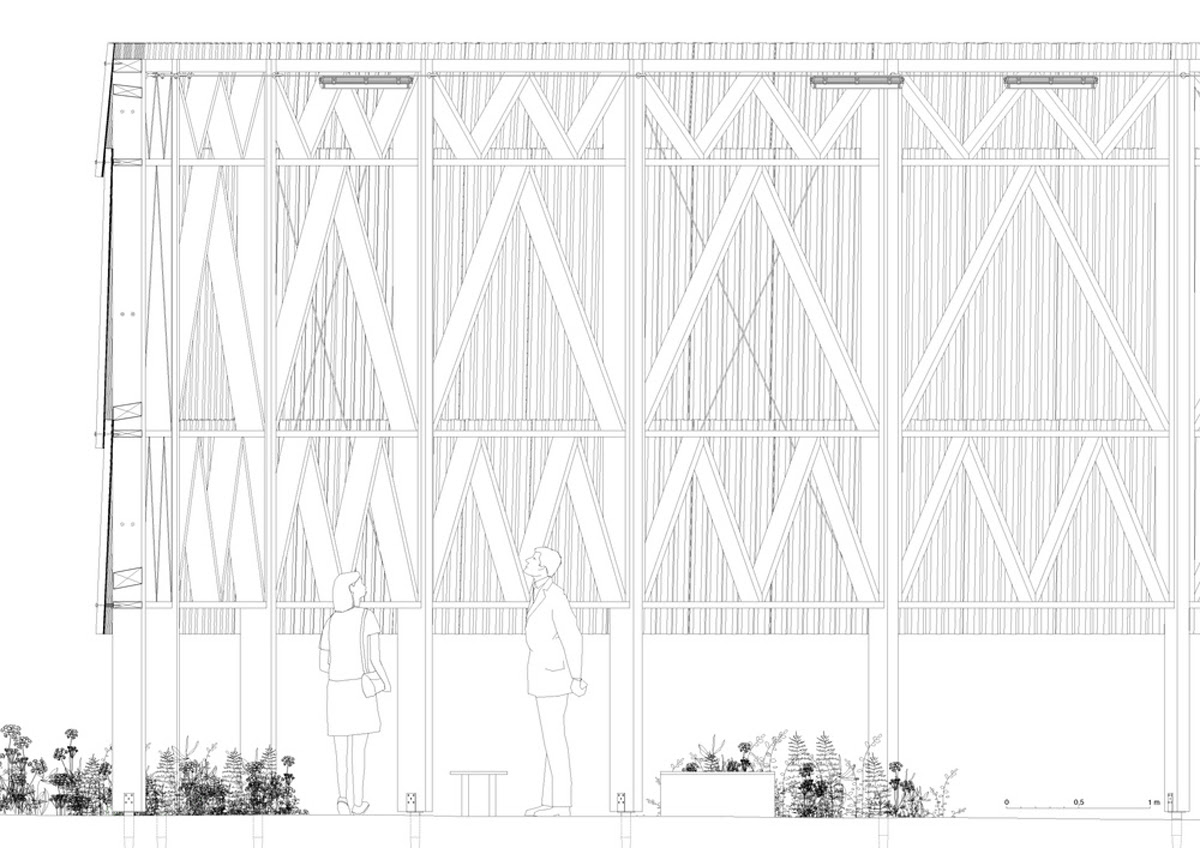