Aina Coll for MONU magazine > The power of smallness 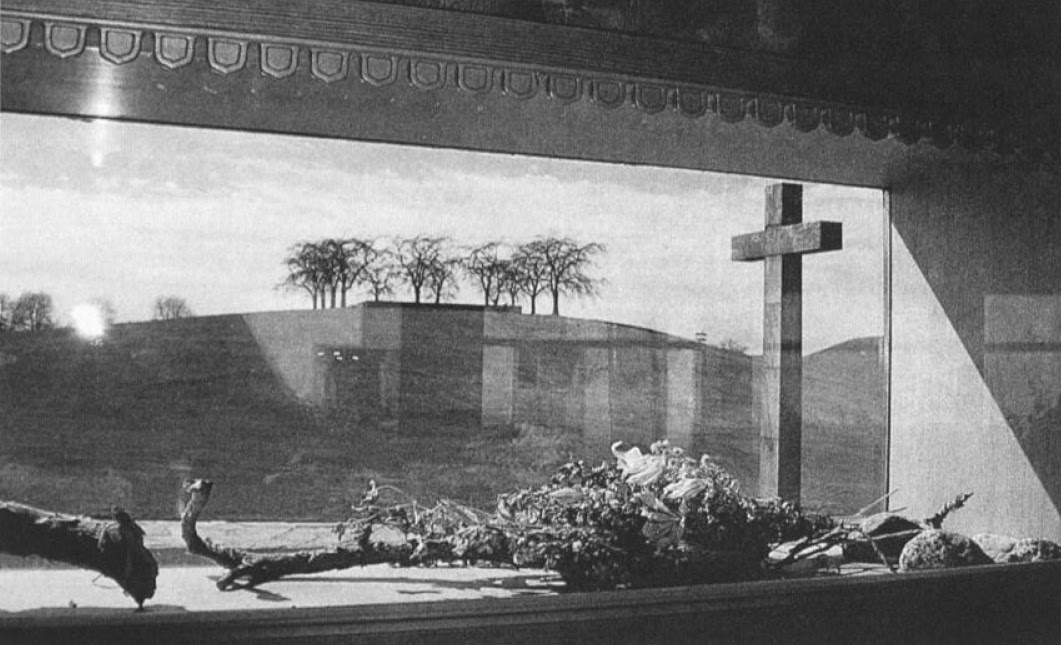 There are architectural spaces that capture you through their smallest details. Almost five years ago, I visited the Crematorium building by Asplund in the Woodland Cemetery, in Stockholm. After crossing the artificial landscape along a seemingly introverted building, I remember entering a forecourt, grabbing a beautiful door handle and entering a waiting room before reaching the chapel. A wooden bench was softly emerging from the wall, like a curved silk fabric, orientated towards a long window looking at an enclosed courtyard. The warmth of the space, enhanced by the metaphor of a domestic carpet and the rounding and softness of the corners, was suddenly disturbed by the image of a very small window which was framing very precisely the artificial hills and trees that were guiding the visitor when entering the site. The feeling of connection to an endless outside world, condensed in a window was, somehow, sublime.

This memory came to my mind when reading MONU magazine’s current issue #27 on “Small Urbanism”, especially in the article ‘Little People’ by the artist Slinkachu. He depicts the joys and sorrows of tiny people that struggle with some of the world’s driving forces: politics (Trumped), the banking system (Bank Balance), natural phenomena (Sunk), money (Tug of War), drugs (Unanswered Messages). They seem unprotected, exposed to the world’s misfortunes, randomly stuck in a specific moment in time and space, while the world keeps moving around. When looking at them one is immediately reminded how insignificant we humans are.

Nevertheless, the magazine shows how, despite their seemingly insignificance, some things can have a great impact in the city life and planning, exploring themes such as micro-occupations as political protest, urban furniture to recover public spaces and fight criminality, acupunctural interventions for refugee settlements or tiny models used for military strategies. Other articles point out how using or modifying fragments or parts of a system deeply affects the rest of the system: the effect of disguising cell towers for aesthetical reasons, portable flush toilets affecting the whole sanitary system of a community, contemporary philosophical theories based on object-oriented onthology, or the study of the ‘Elements of Architecture’, as a part of the Venice Biennale 2014, curated by Rem Koolhaas. I believe either tiny details in great architectural spaces or small-scale urban internventions show how powerful small things can be, either for our individual or collective spirit. 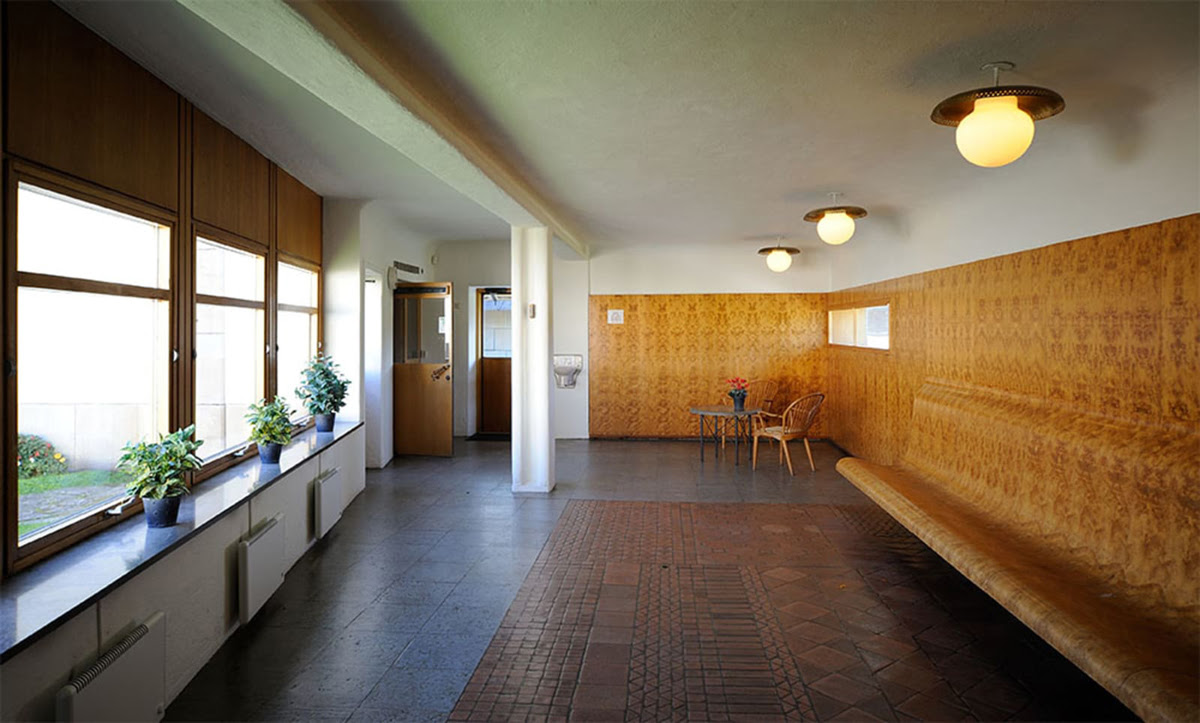 View through the window at Woodland Crematorium, by Erik Gunnar Asplund. 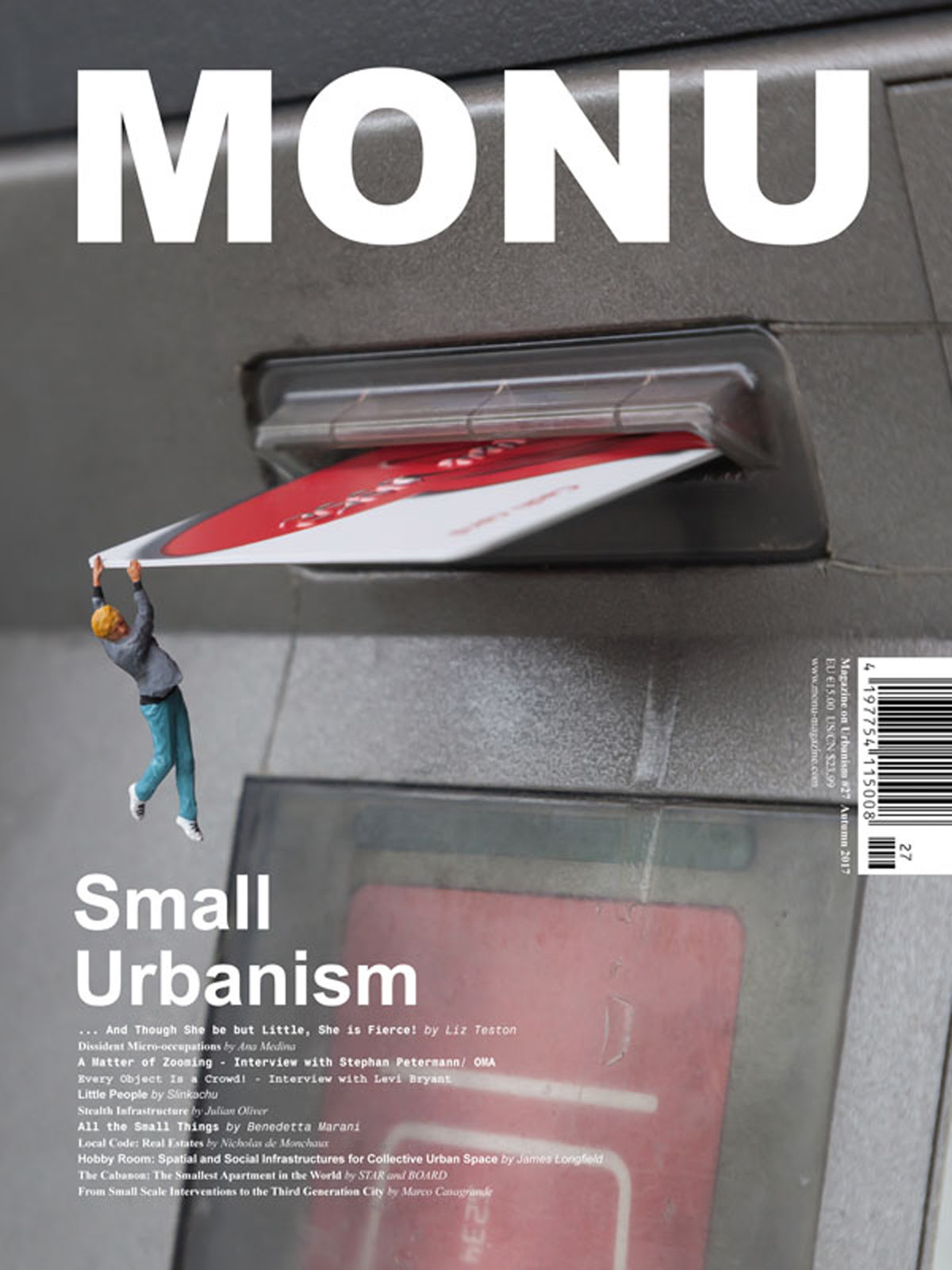 Cover of Monu #27 on Small Urbanism: Image “Bank Balance” is courtesy of Slinkachu. The image is part of his contribution “Little People”. © Slinkachu