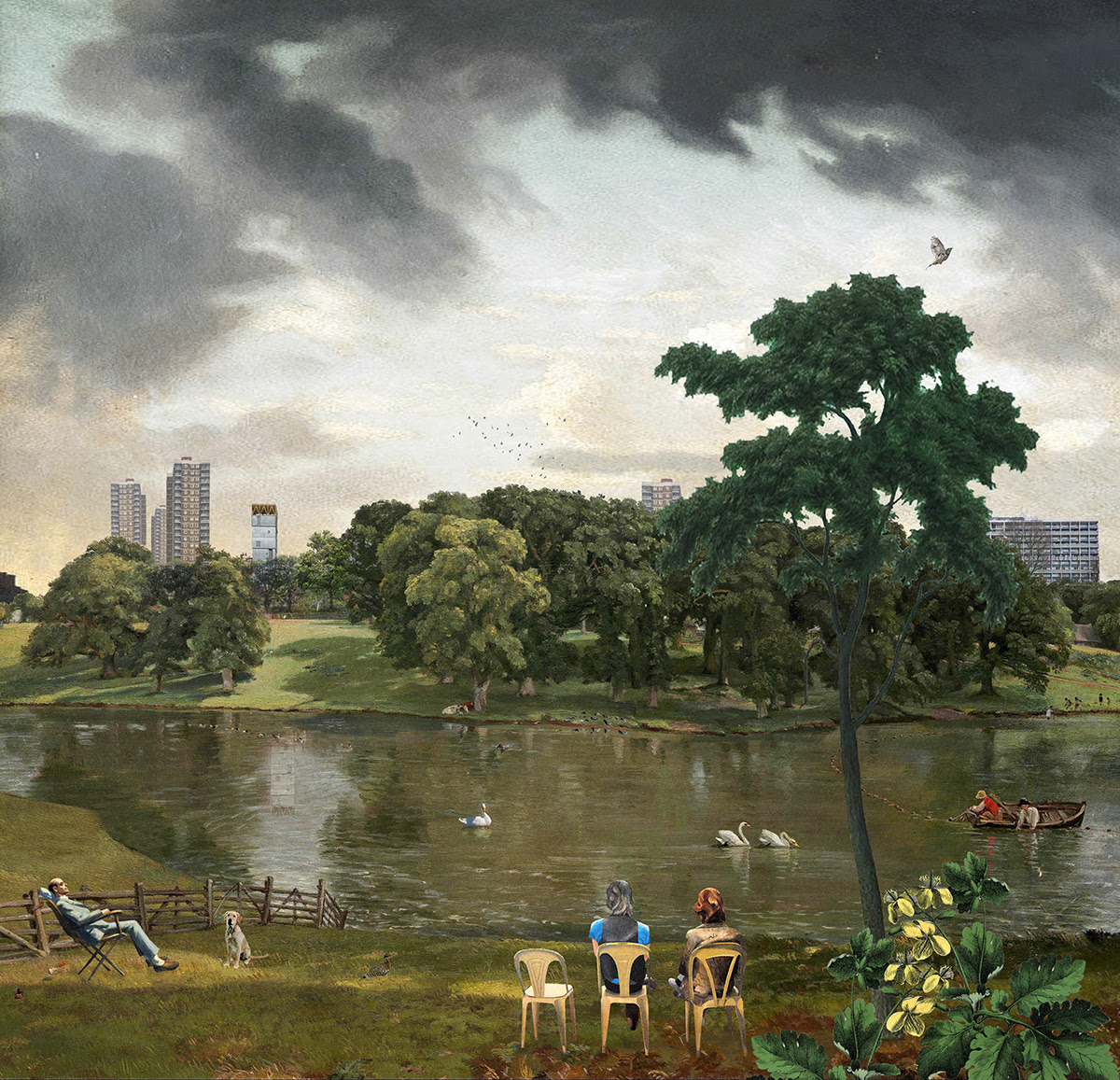 The genesis of this thesis derived from a study of understanding for the genius loci of the canals of East London. What intrigued me most were the romantic moments of tectonics and spatial consequences between architecture and the canal where the buildings situated themselves on the very edge. There was an organically intuitive change to the depth of field portrayed along the eye line datum of the canal walkways. It was in these nuances that I was most interested in.

The project situates itself along the edges of Victoria Parks hinterlands. It aims to understand a chosen length of the Hertford union canal. In keeping with the nature of the context surrounding the site, the project will be tied together by a constellation of gardens in which require people to form a meandering passage through. These gardens will be designed appropriately to their setting, moving from the wild growth contained within the canal side Chisenhale garden, to the cloister gardens along the rear of the terrace dwellings on Chisenhale Road.

The initial move was made to break ground in the ground floor area of the Chisenhale that was abandoned and to take ownership of the canal-side garden. My approach to this was to re establish an active ground floor area facing onto the Chisenhale garden. Within the grounds of the garden I proposed to reuse a current piece of structure along the canal edge to form a pavilion house.

The location of the site informed the brief of the thesis further. Since 2012, the number of narrow boats in East London without home moorings has increased by 182% as a result of people deciding to pursue a life of living on the canals due to the high nature costs of living on land associated in London. The cost associated with permanent home moorings has meant many canal dwellers have chosen the cruiser life style. Every 2 weeks, they would be forced to spend half a day vacating to the next neighbouring site to avoid further costs and fines. This allowed the thesis to evolve further to a more contextual response to this area of London and specifically the canals. I proposed the idea that this length of the canal would form an area where narrow boat users would be able to dock to get short stay temporary repairs to their boats, fuel refills and waste disposal. This meant the creation firstly of a boat shed that would be followed by a hostel as a place to stay.

Whilst repairs, maintenance and re fuelling are ongoing with narrow boats, a hostel is provided as short term accommodation. The massing of the tower was inspired by the surrounding architectural topography as well as a solution to the lack of ground space available. The materiality and expression was seen as a clear indication of recognition to the materials used along the edges of the canals in East London and reference to the materiality of narrow boats.

It has been a belief from the inception of this project that it was most important to consider the being of a person as the centre of the architecture and this is an aspect that has driven the thesis. It has provoked the framework for how I have structured the spaces and sequences along the length of the canal. The thesis relies on a sudden focus into depth, into naked revelation, of what has seemed to be the culmination of trivial incident. This form of thinking has been what has inspired me during my process. There is an evident sense of habitual gregariousness, passion, carnality and sociality along the canal, by its architecture and by its users. This is what I wish to achieve and portray most by this thesis. 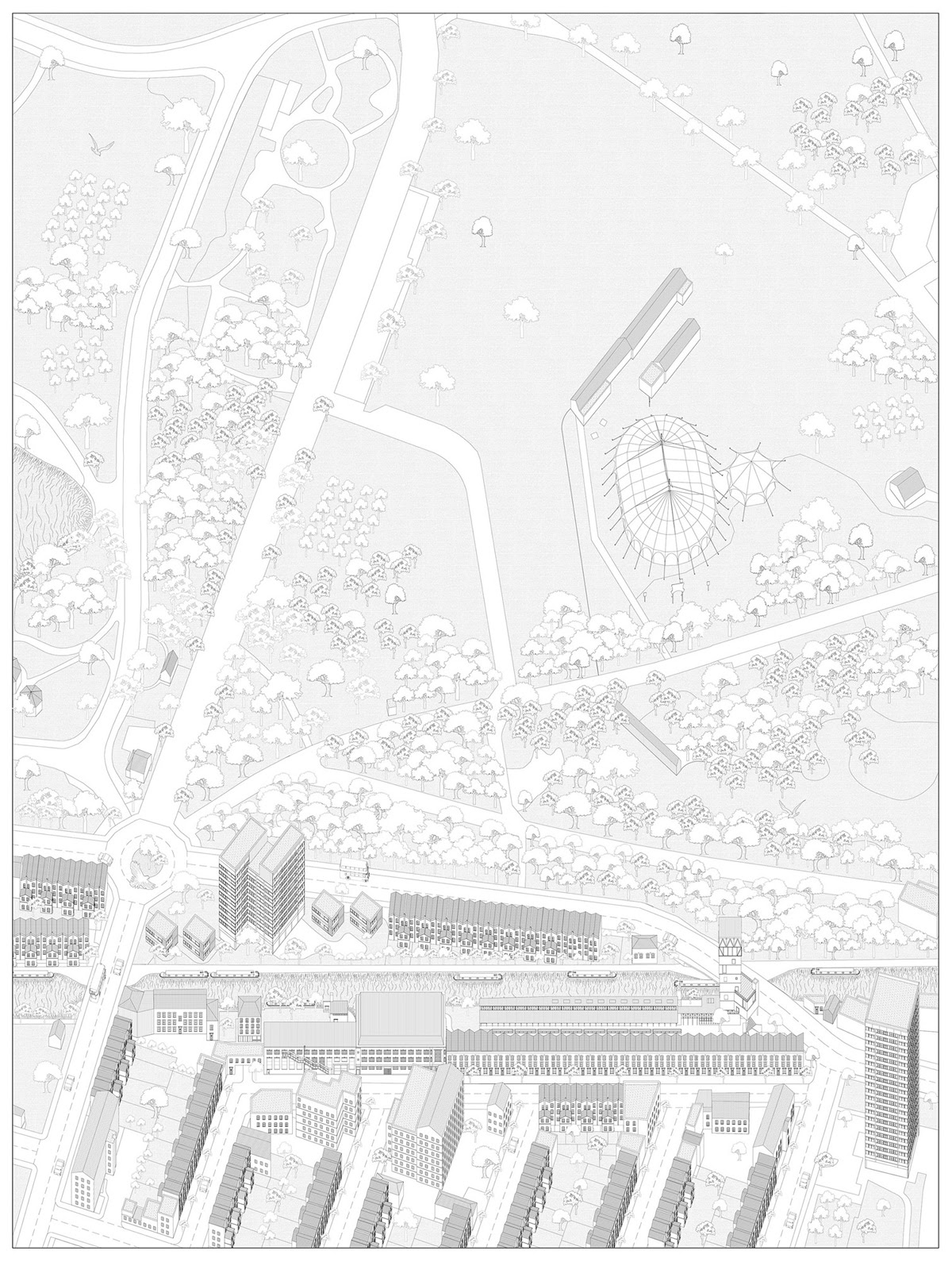 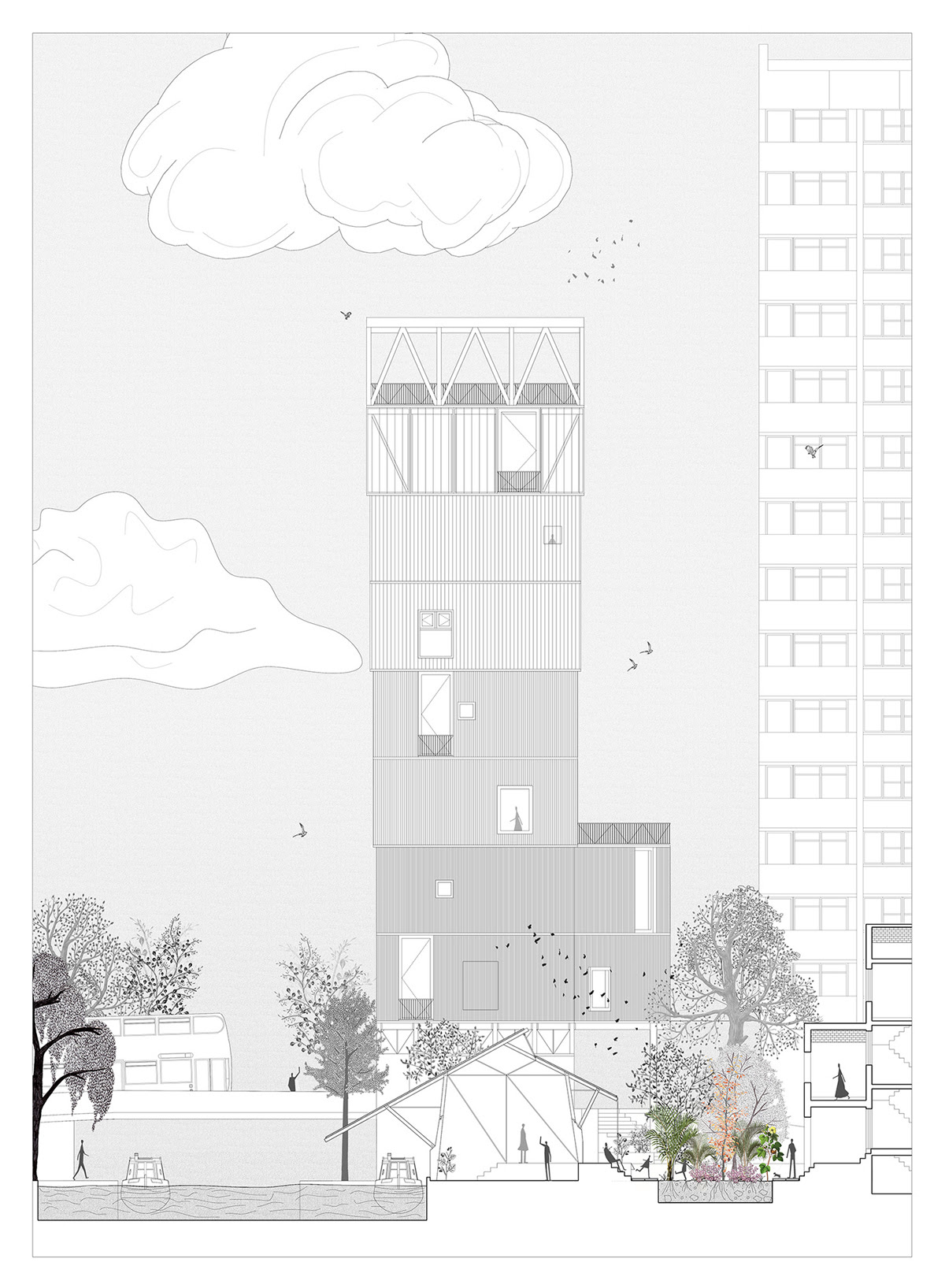 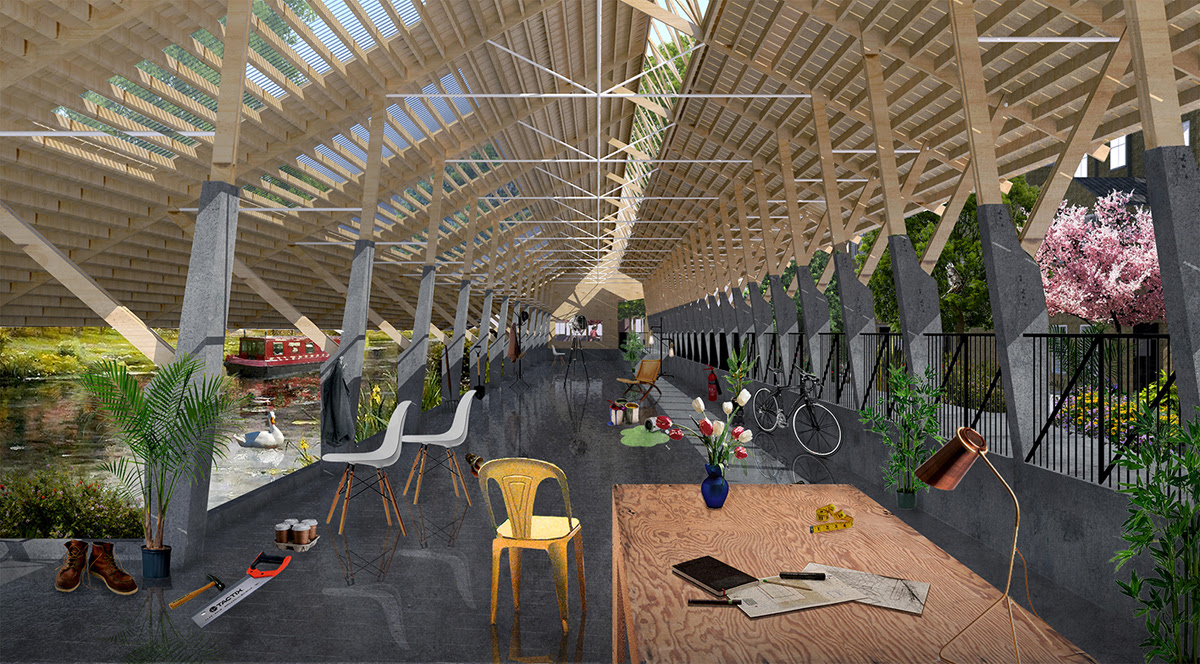 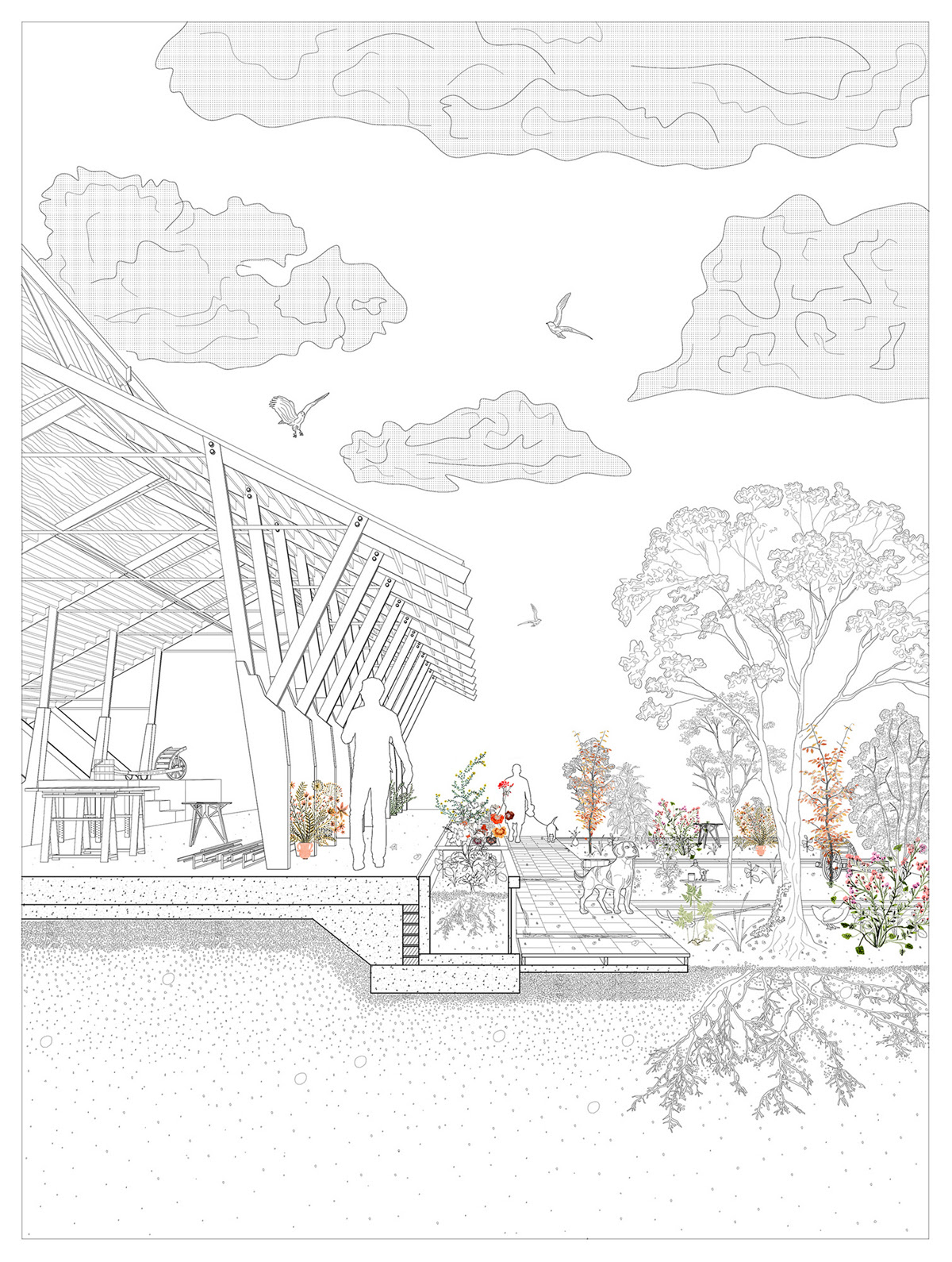 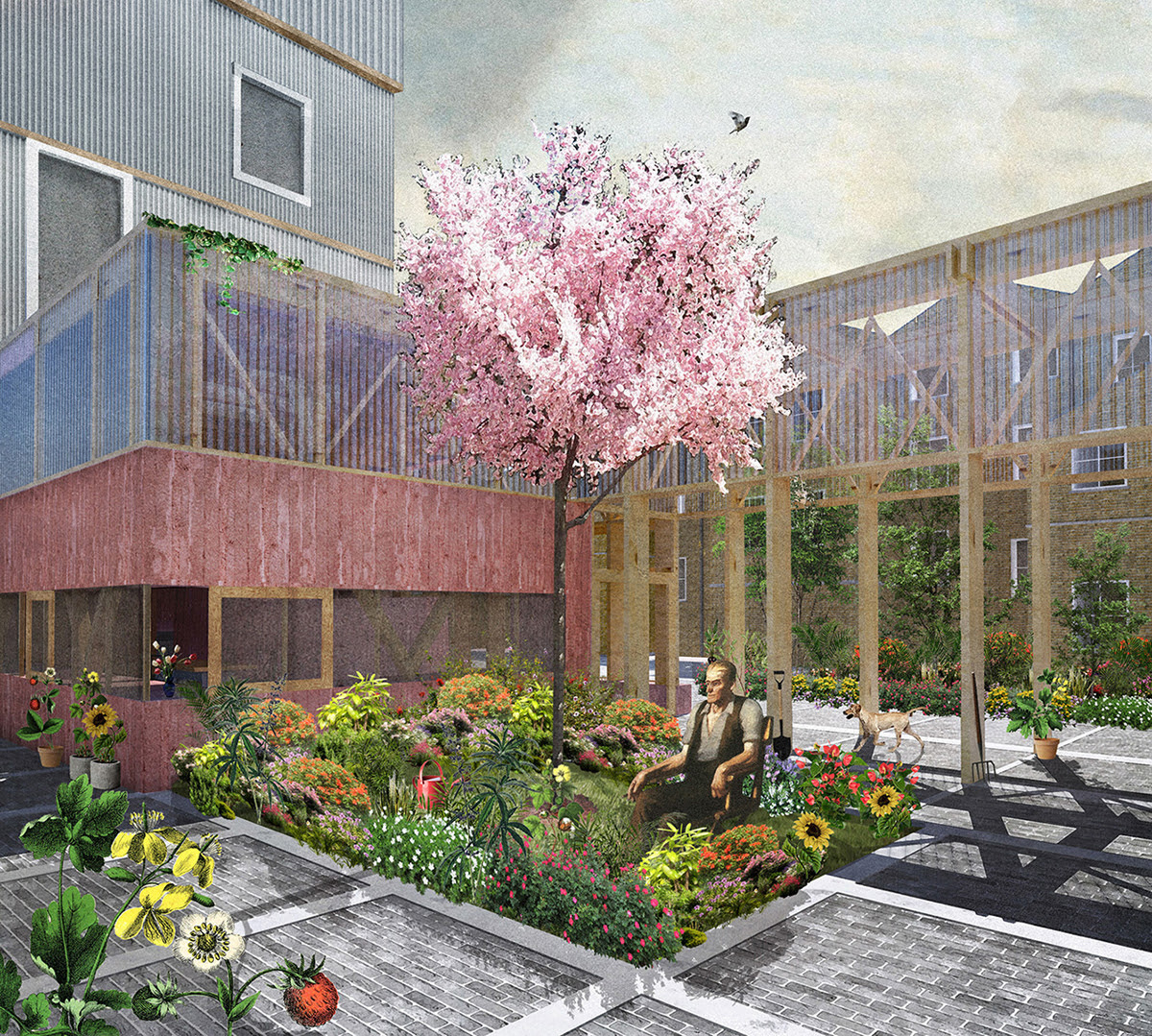 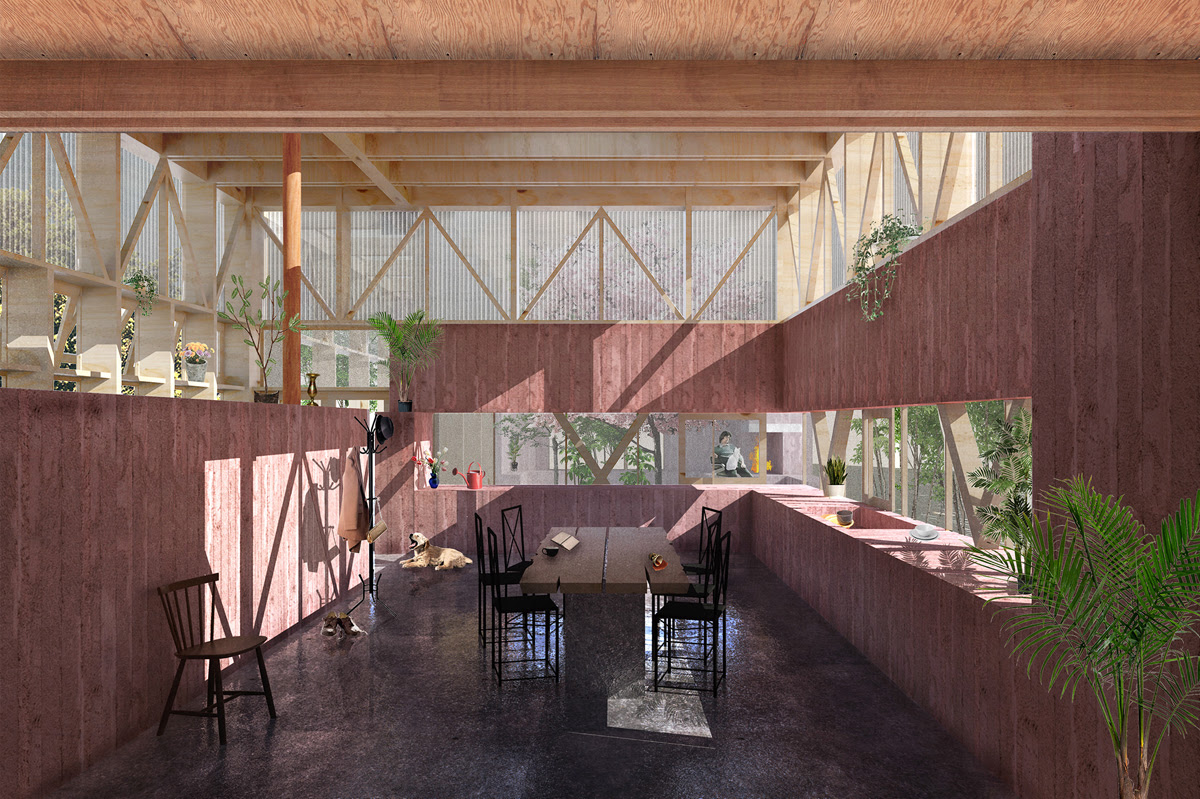 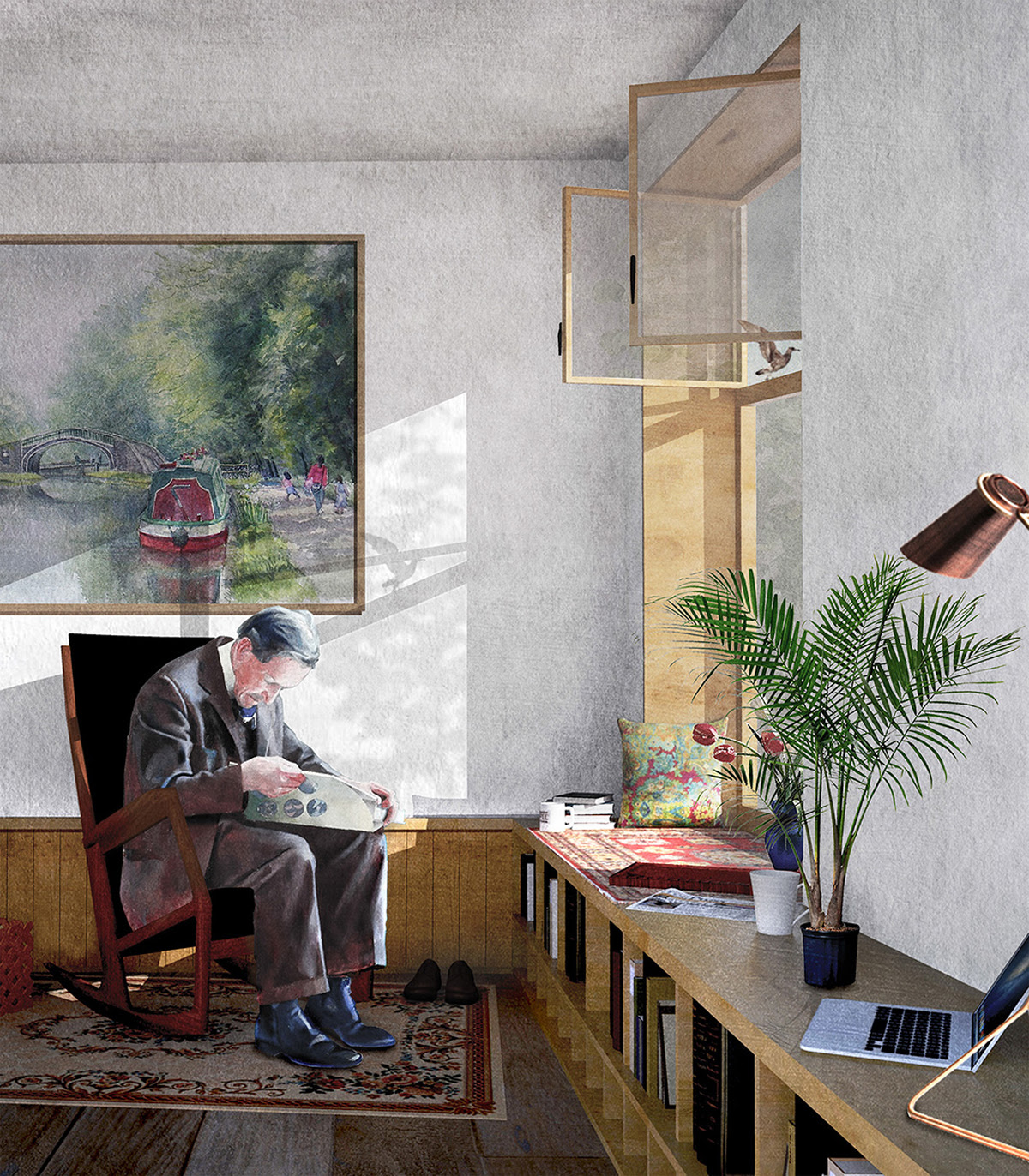 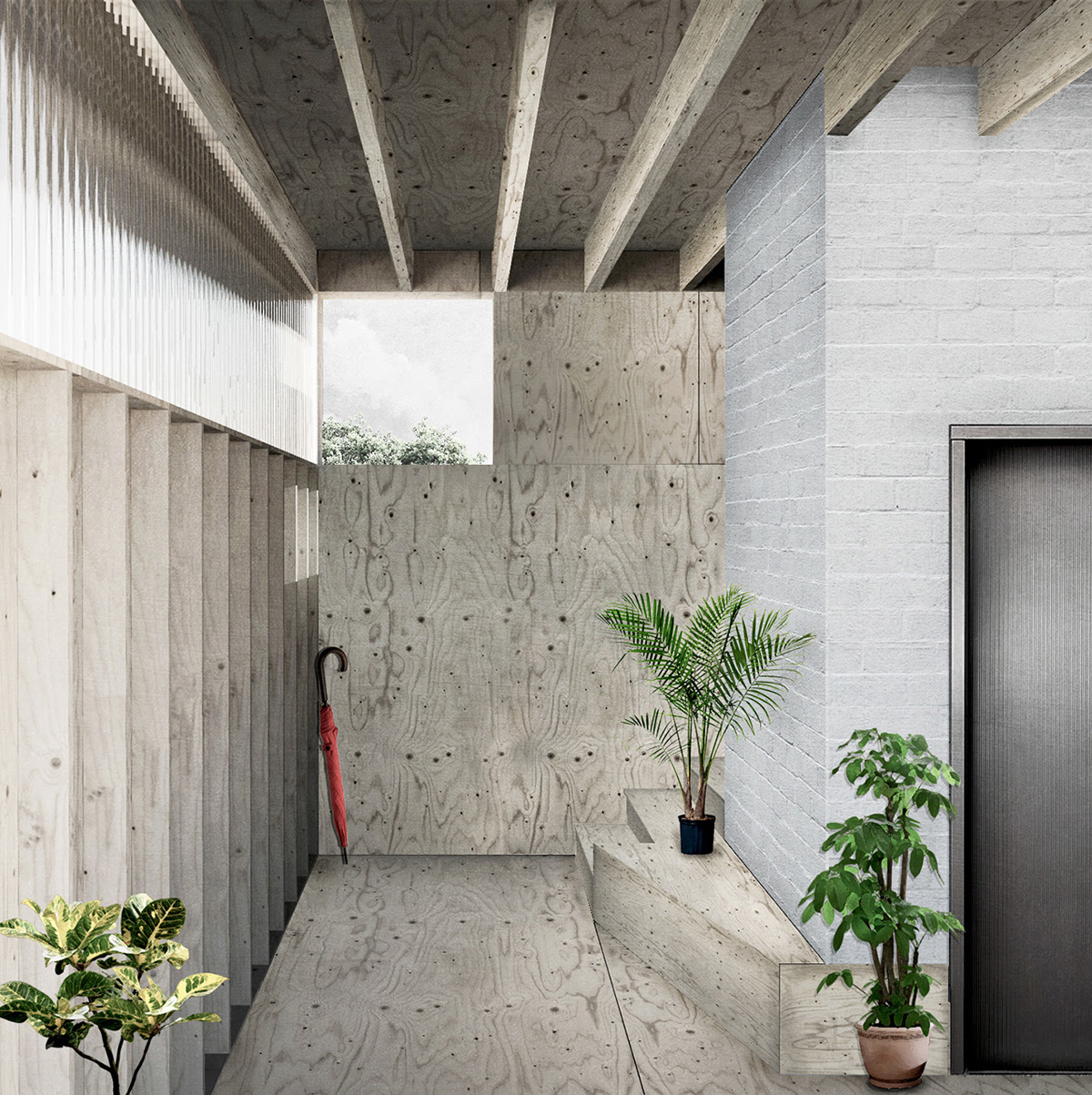