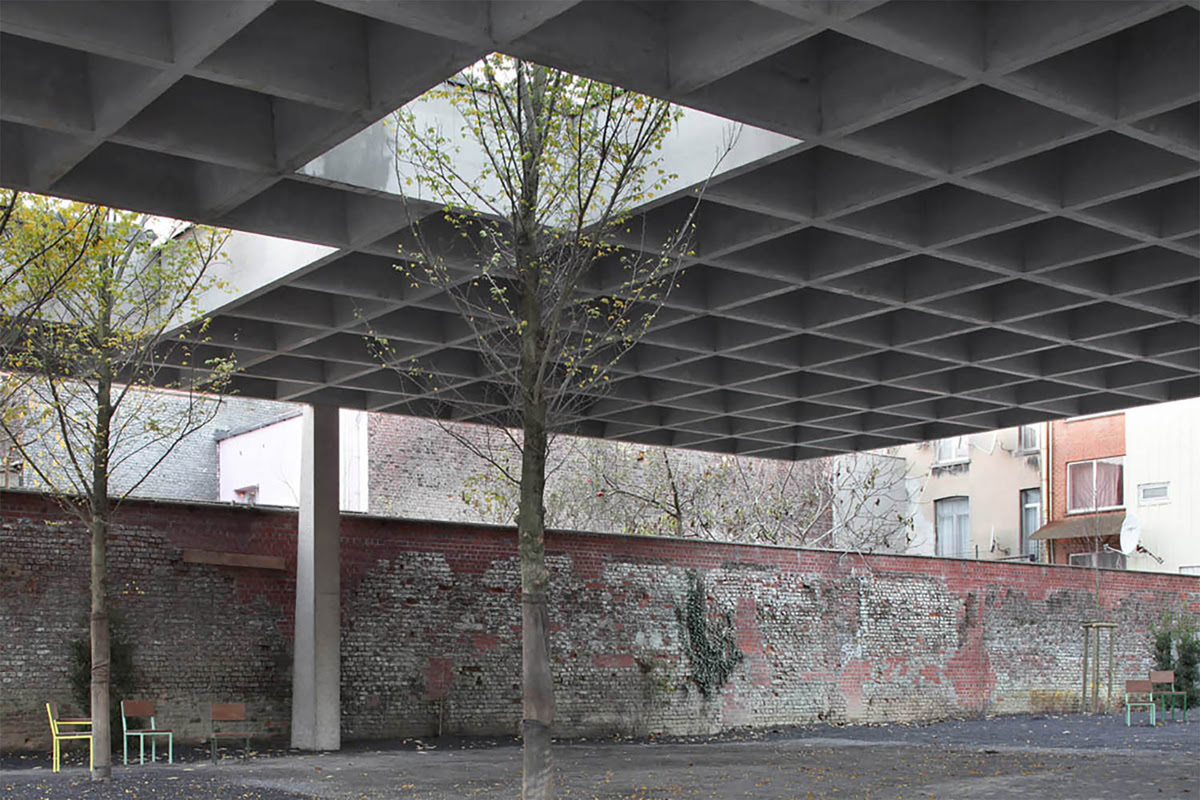 In the urban fabric of Brussels, Molenbeek-Saint-Jean has stood out for its particularly dense nature, the fact that it is beset by social conflict and, more recently, stigmatised by terrorist attacks in Paris and Brussels. While it lacked spaces that might have endowed the zone with some identity, between its buildings it is full of interstitial areas which are either closed off or used for sometimes questionable purposes. One of these was the garden of a courtyard in a block on rue des Quatre-Vents, a residual space delimited at the rear by a public school, a church and a residential building.

In recent years, the city has been working on a plan which views the two main drawbacks of these interstitial spaces as opportunities. First, their residual, separate nature makes it possible to turn them into small, hospitable gardens, sheltered from the traffic. Second, they are so numerous that they can be shaped to form a green constellation of a considerable size. This dual aspect of scale is reflected in the two promoters of the plan, the Molenbeek-Saint-Jean Municipal Council and the government of the metropolitan region. In 2009, both institutions wanted to include in the general plan the courtyard in rue des Quatre-Vents. It was decided that this space, which already had a garden, would attract more neighbourhood activities if it was provided with a roof that would shelter people from the rain. 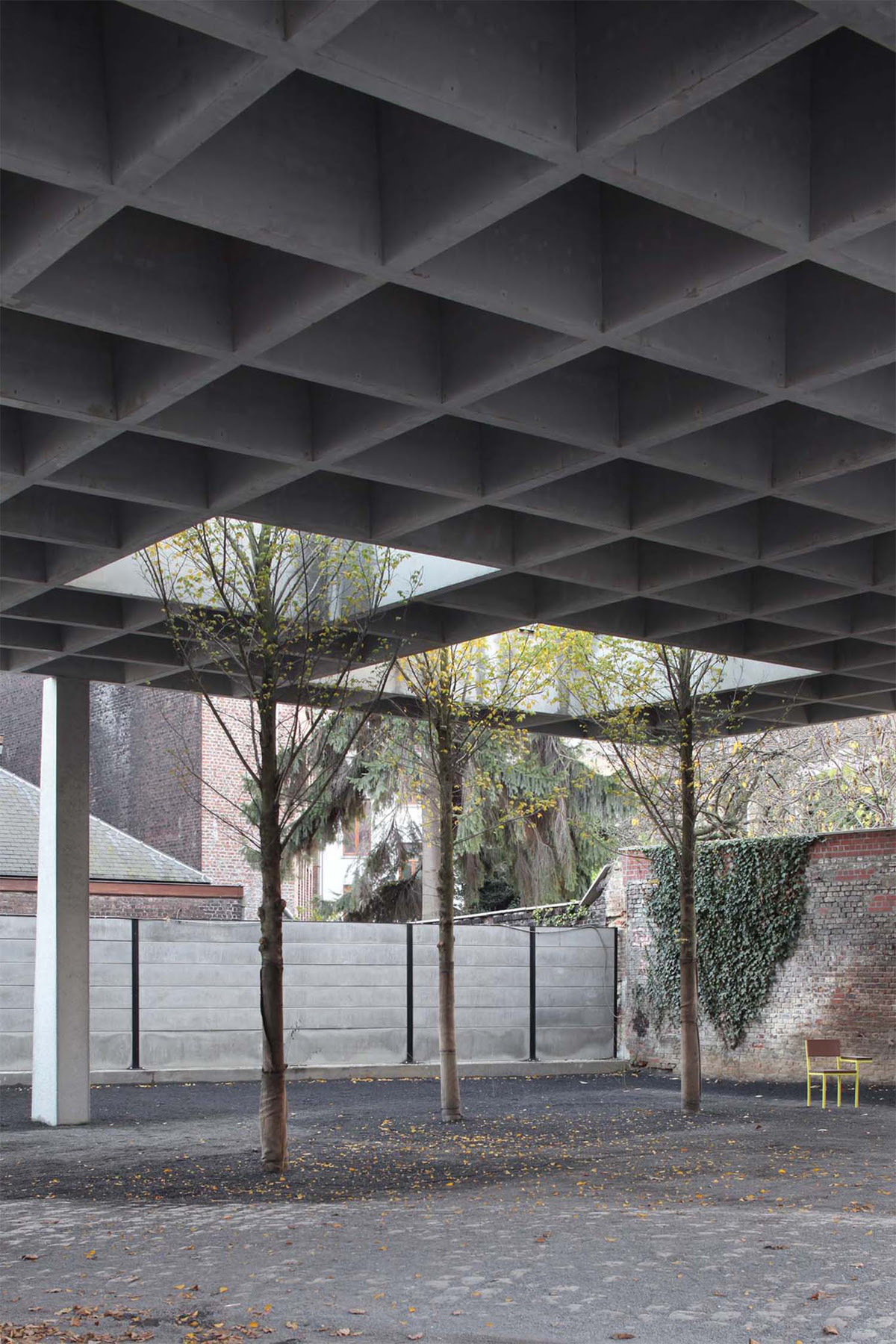 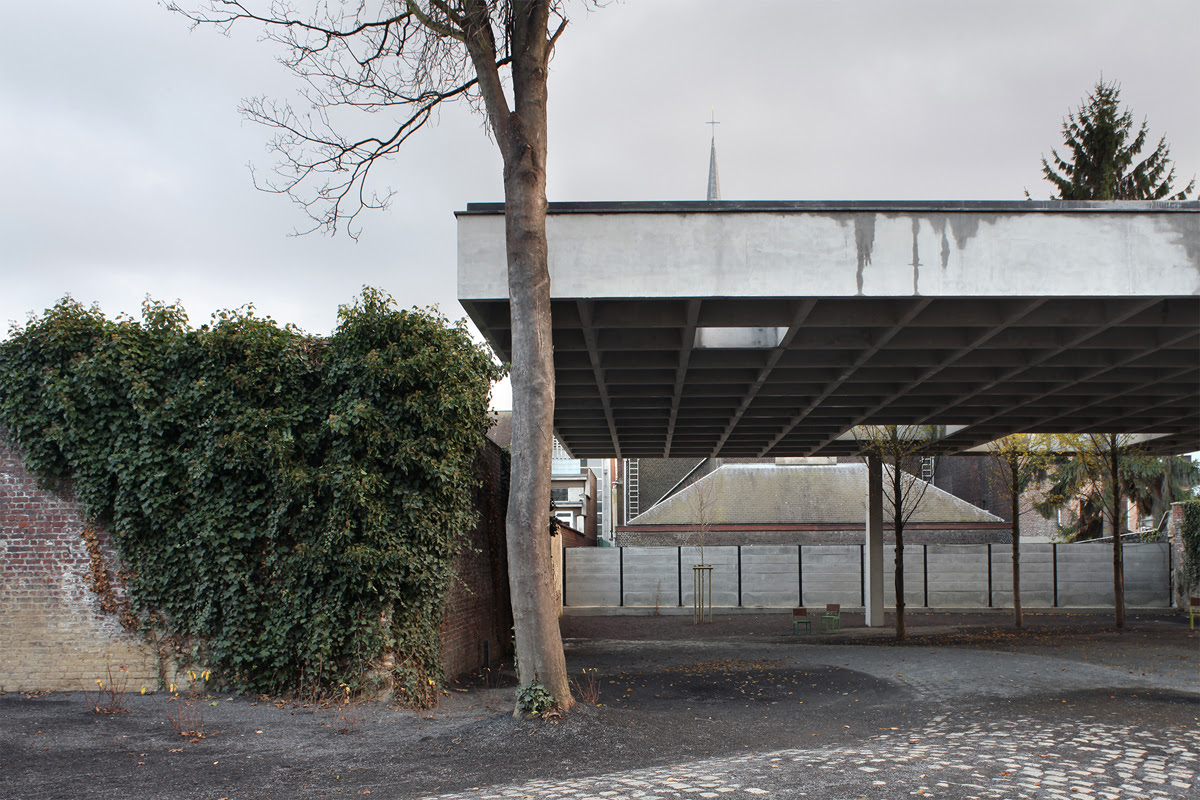 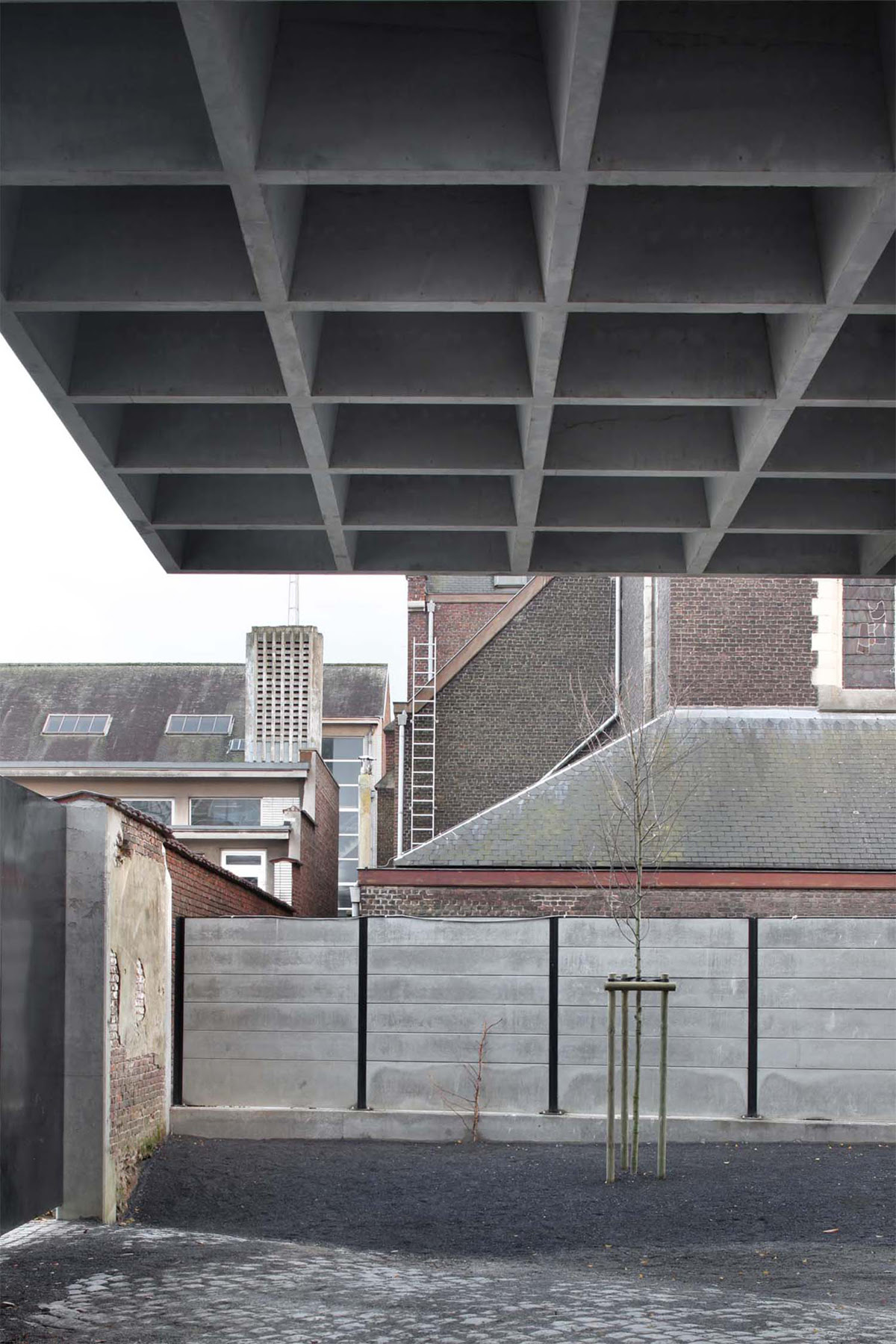 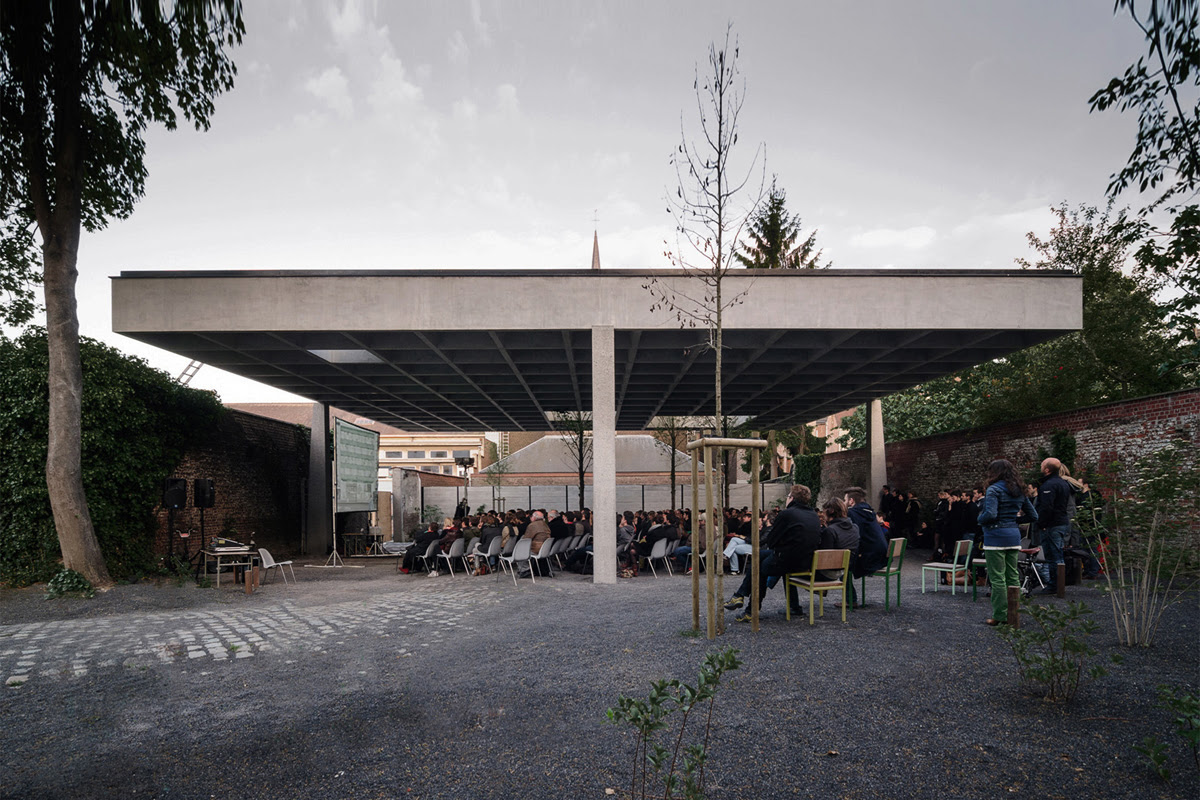 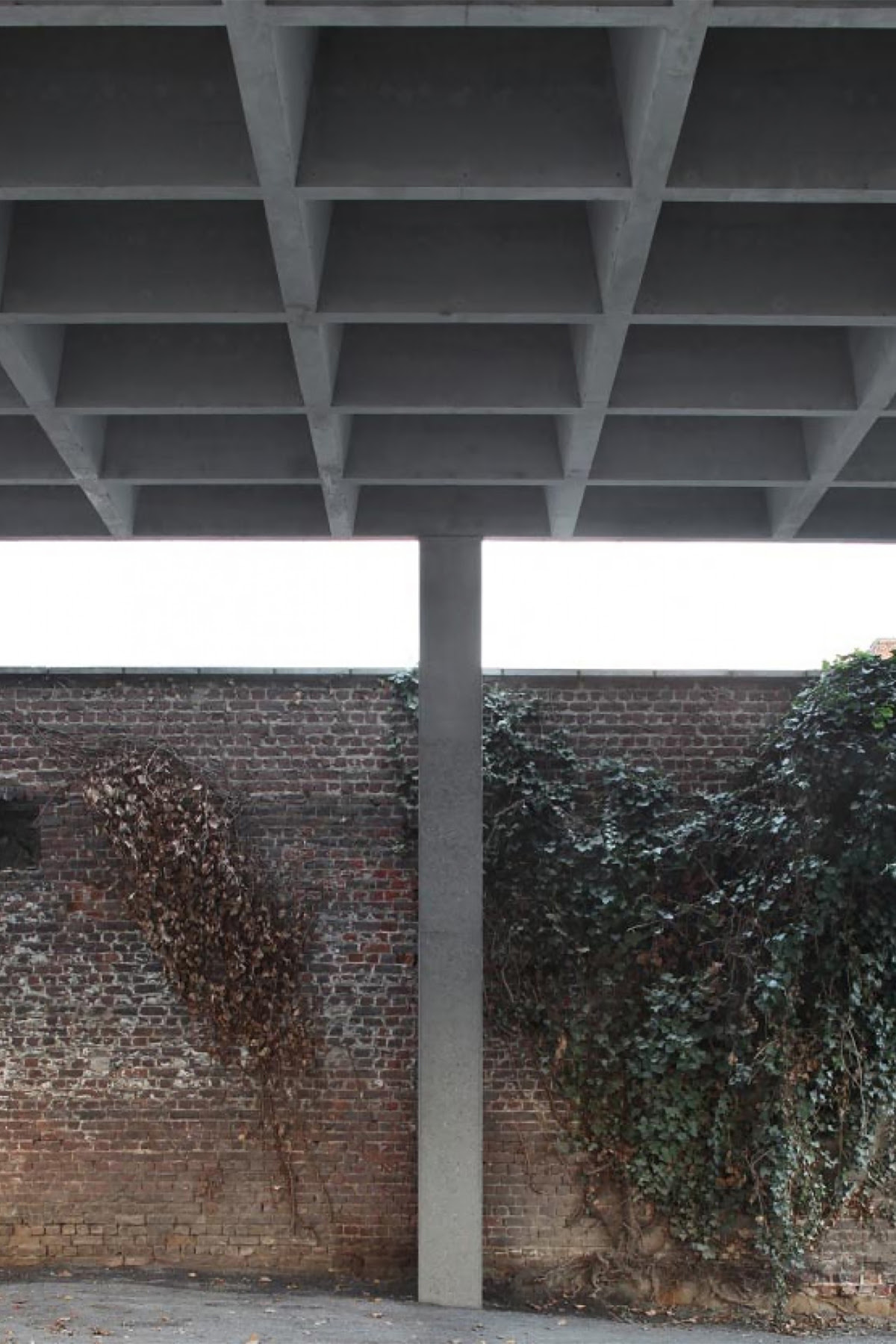 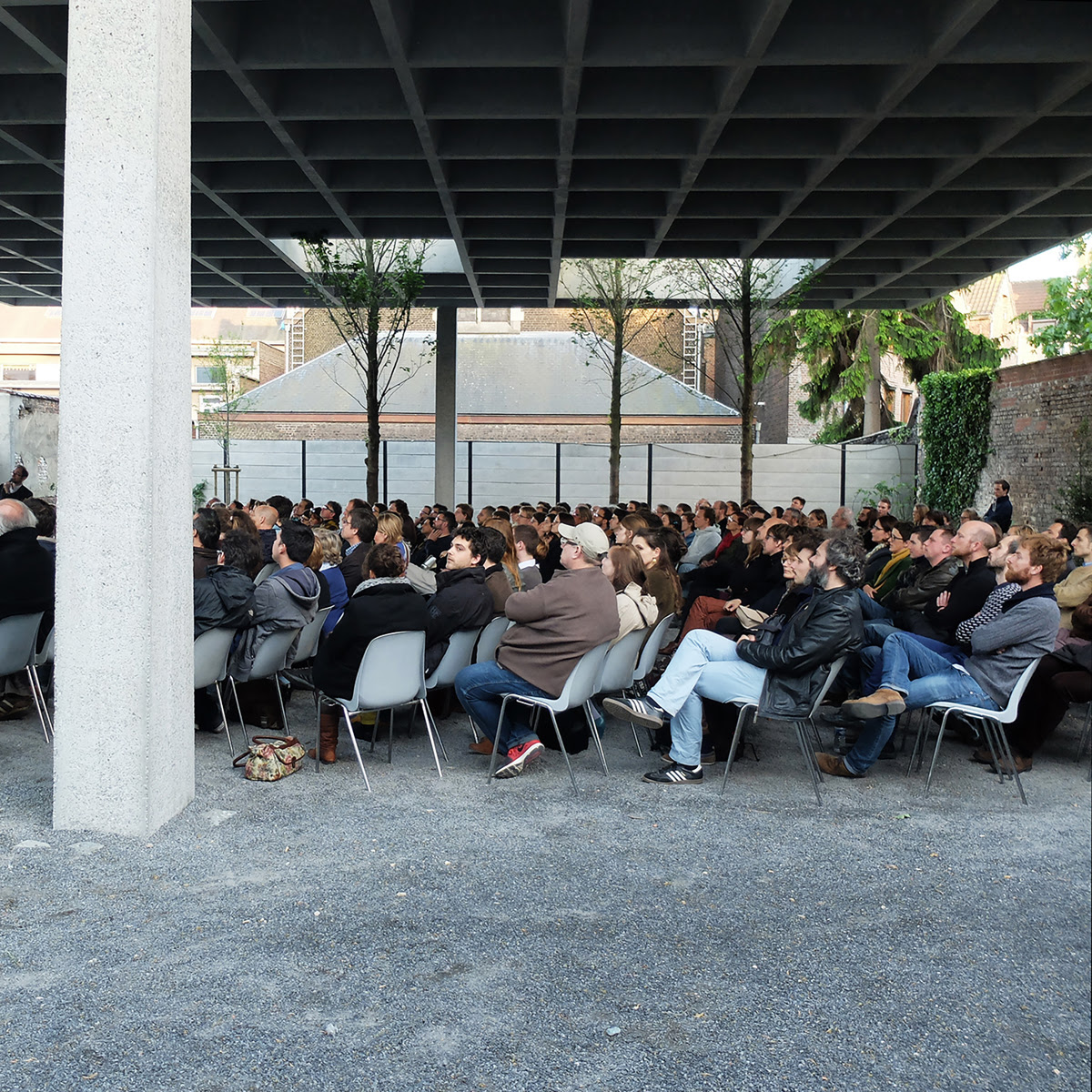 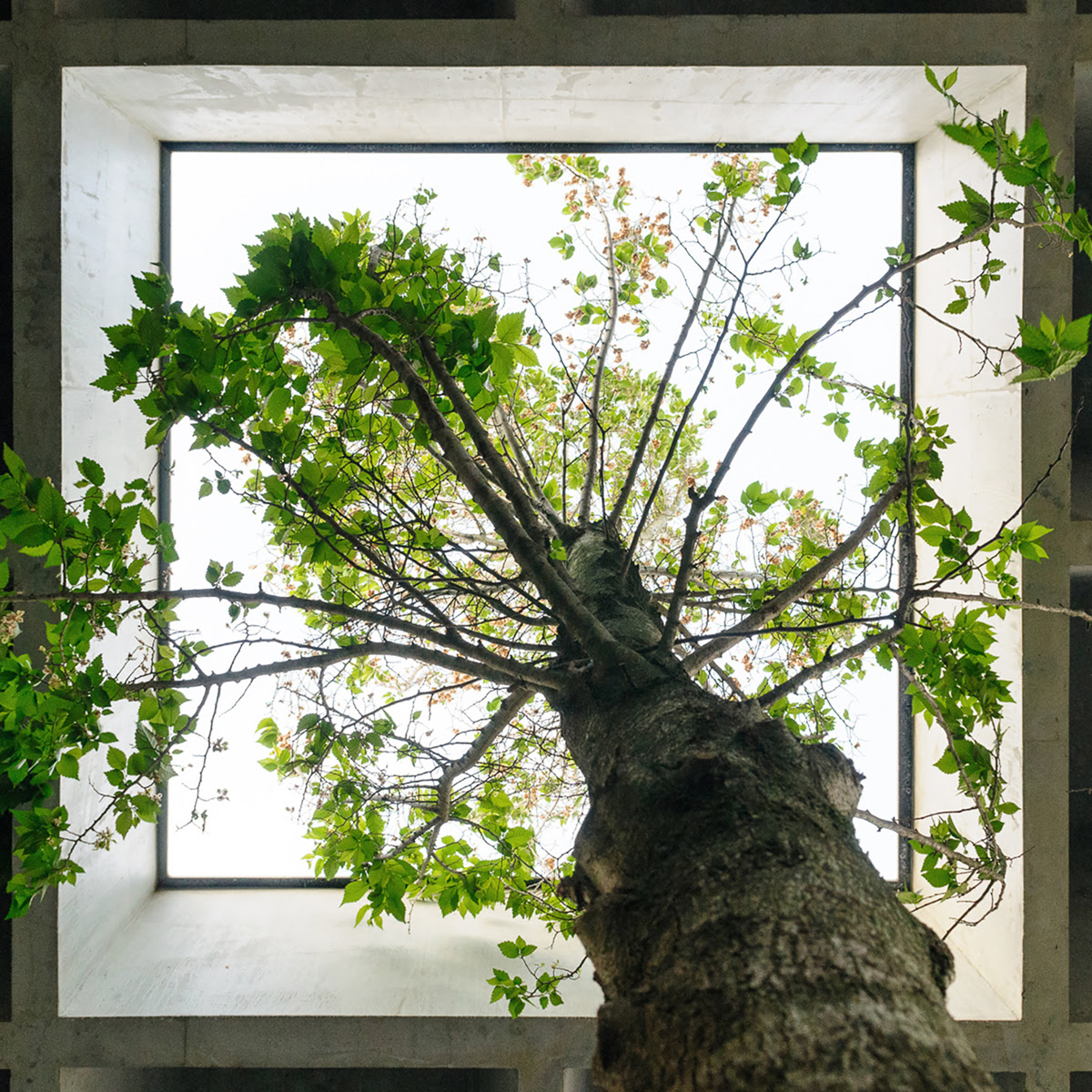 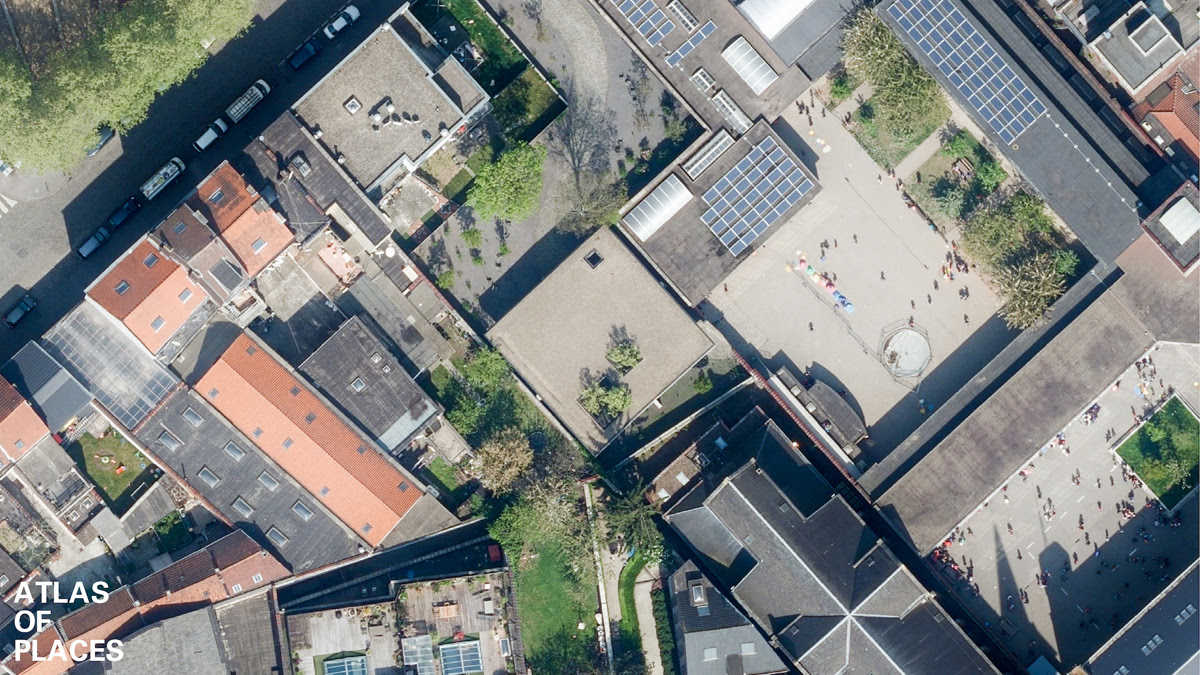 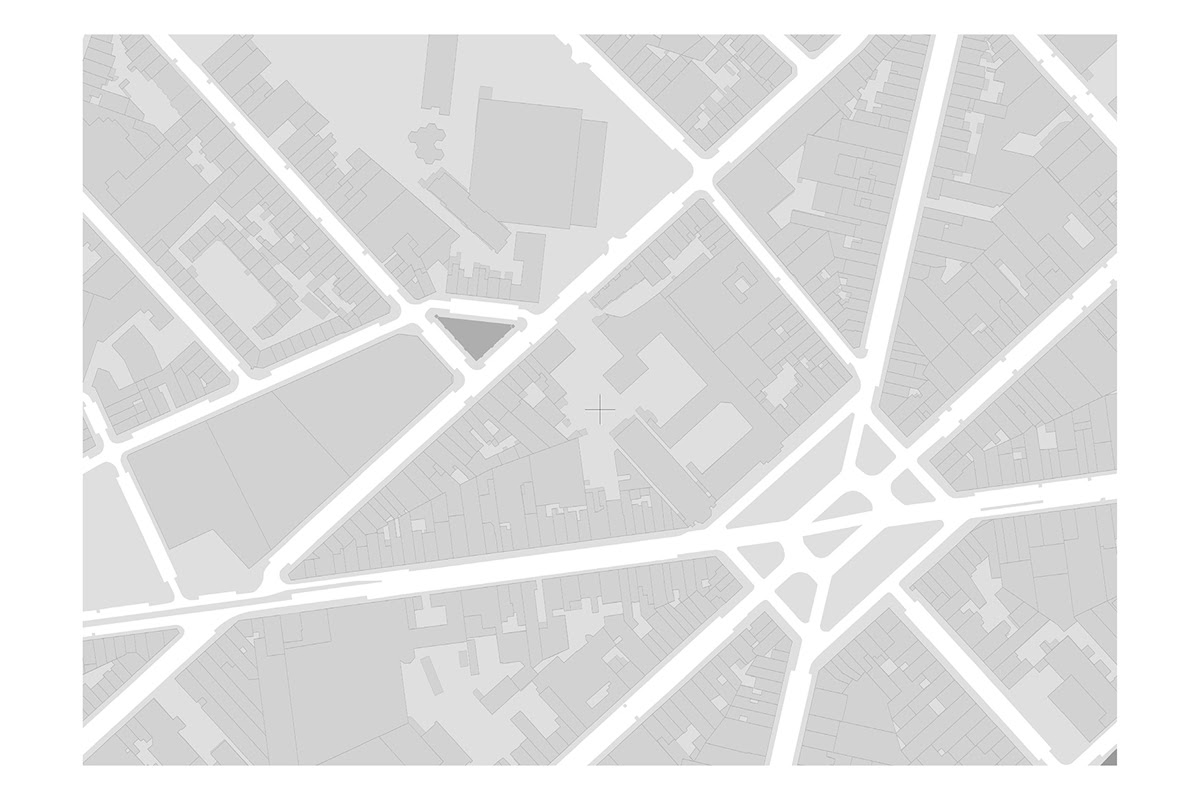 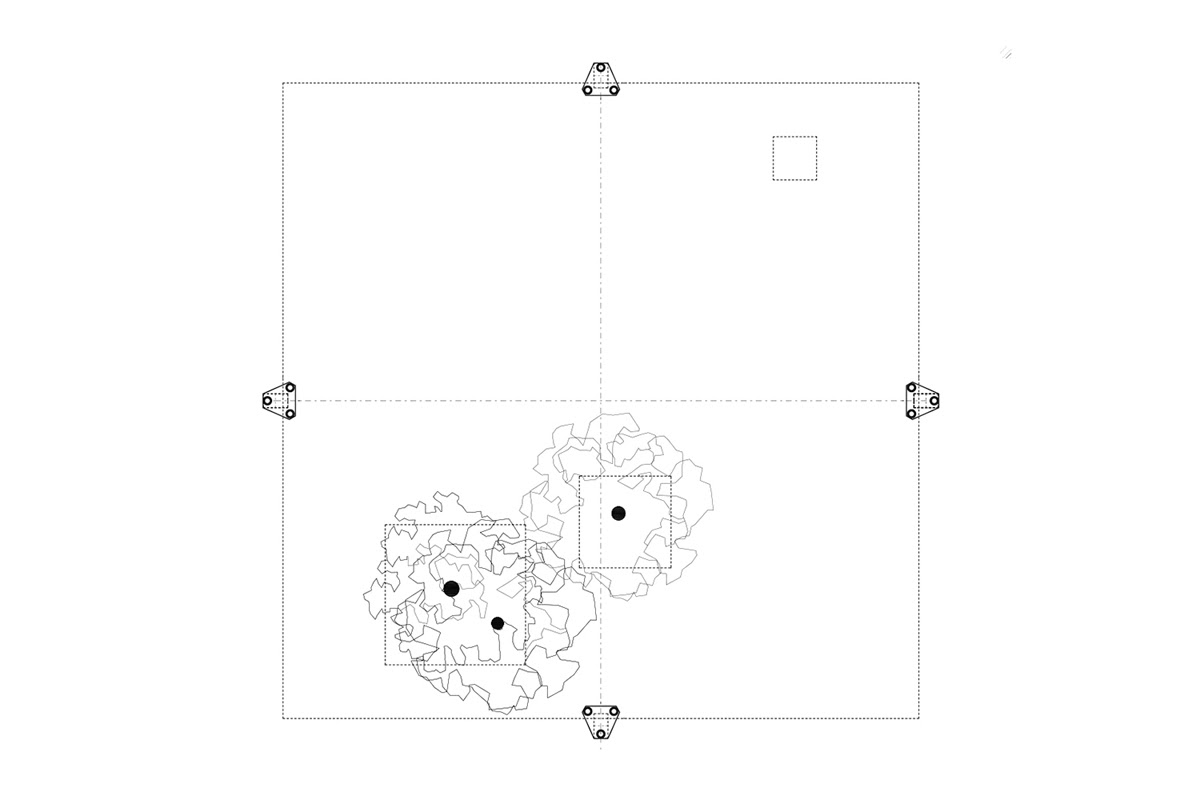 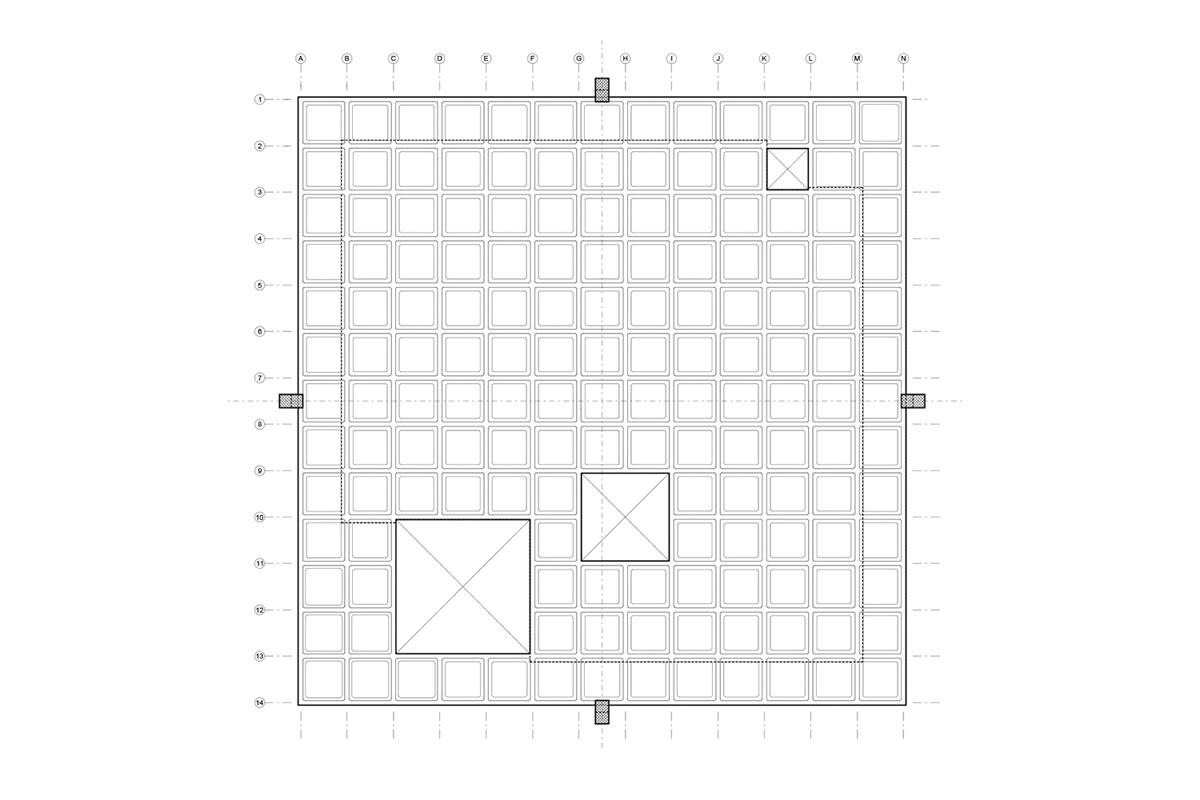 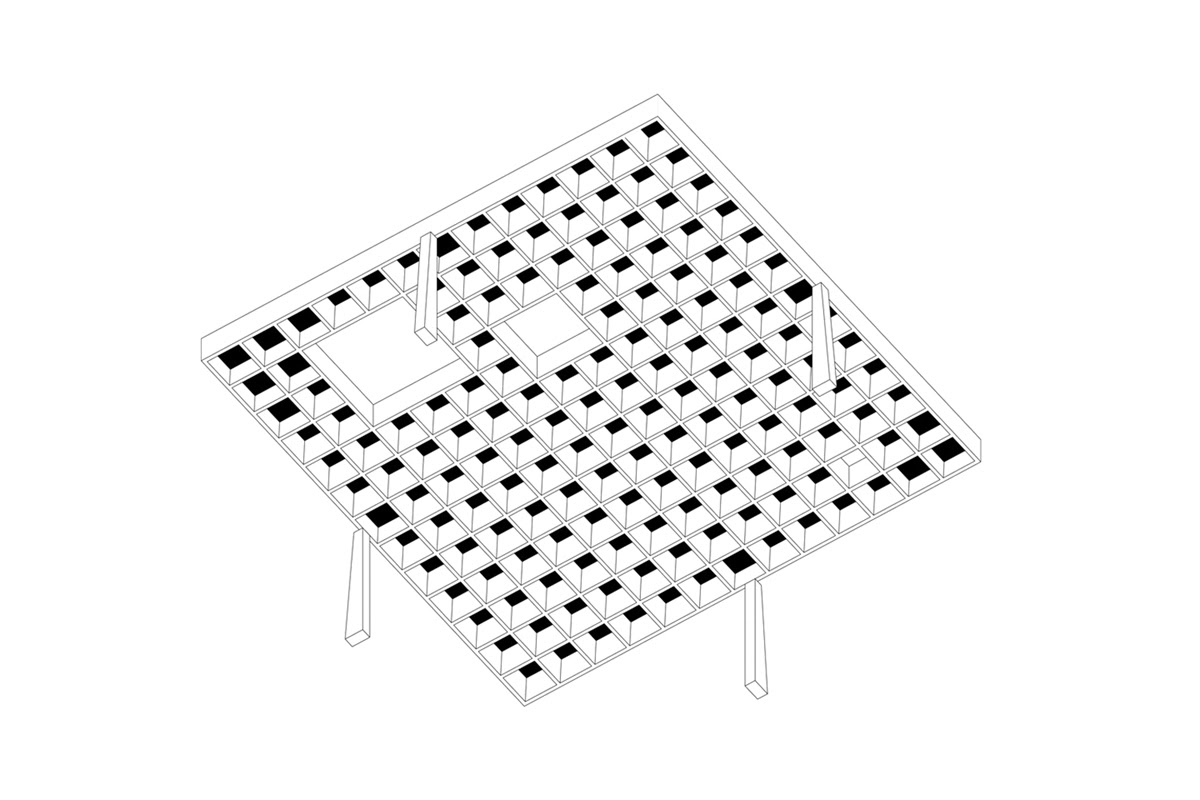 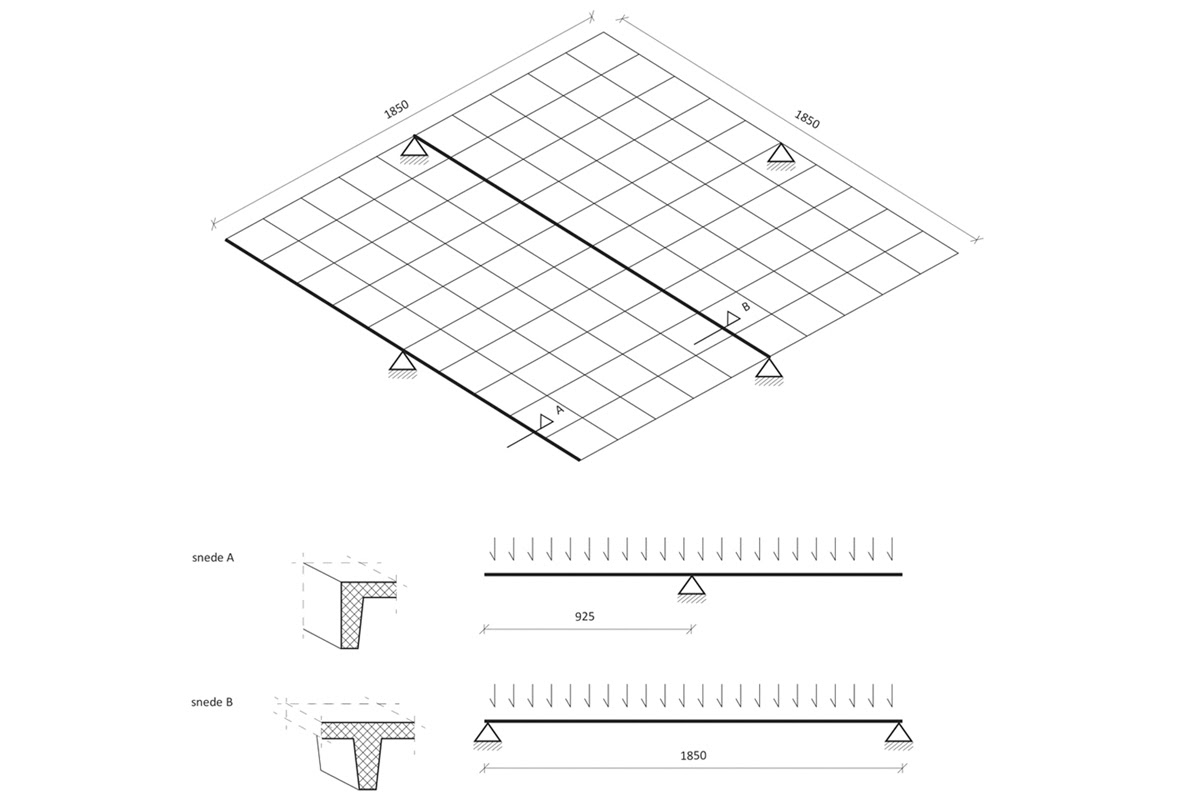 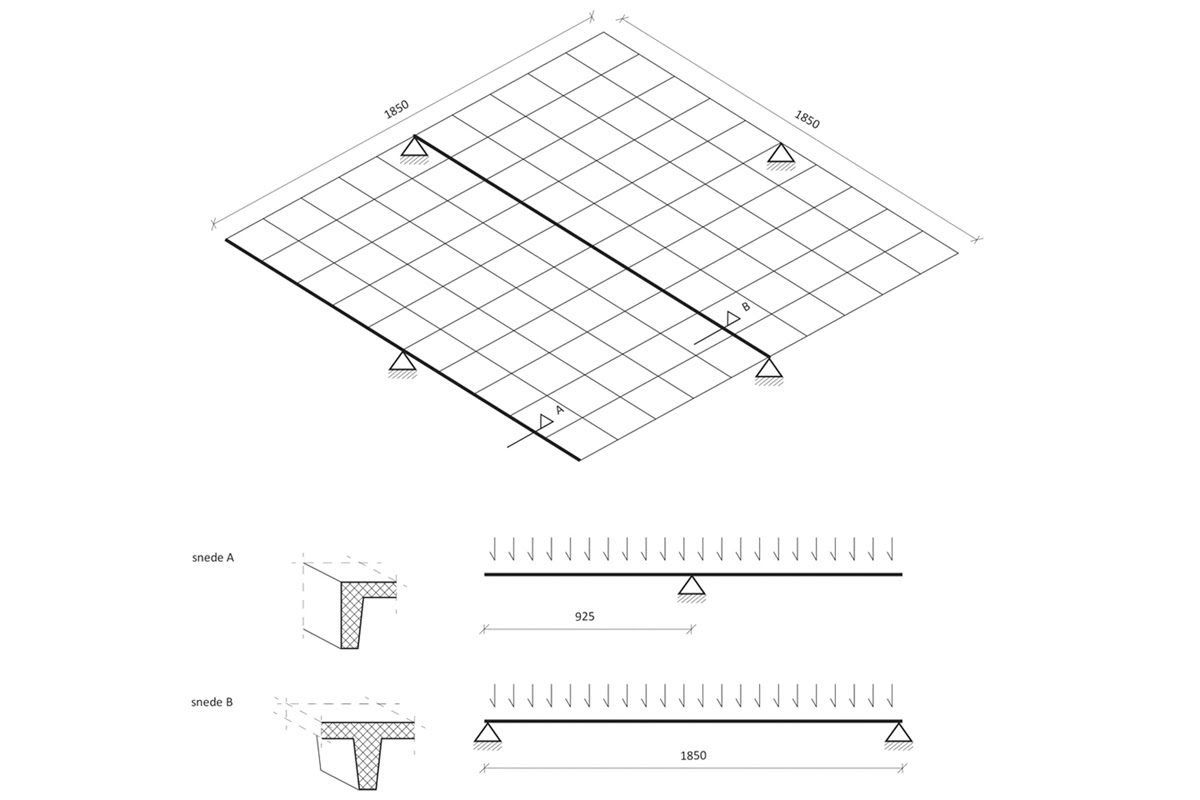 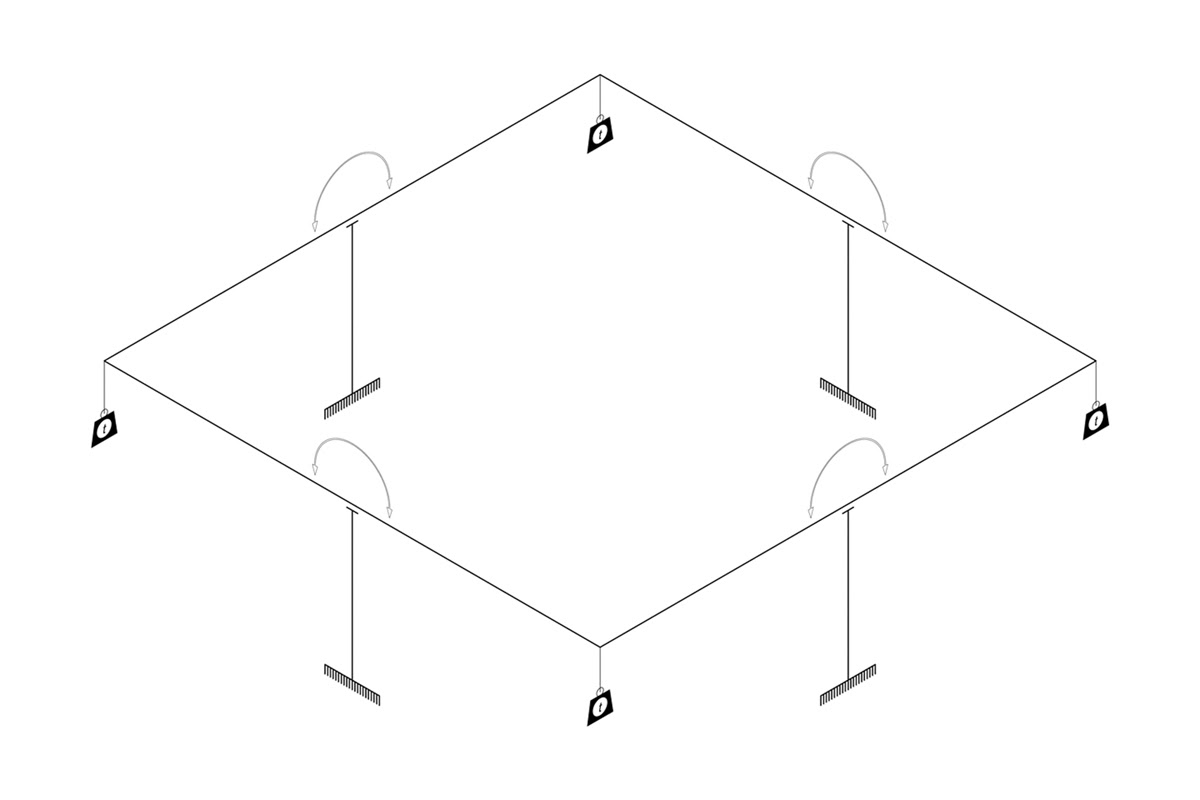 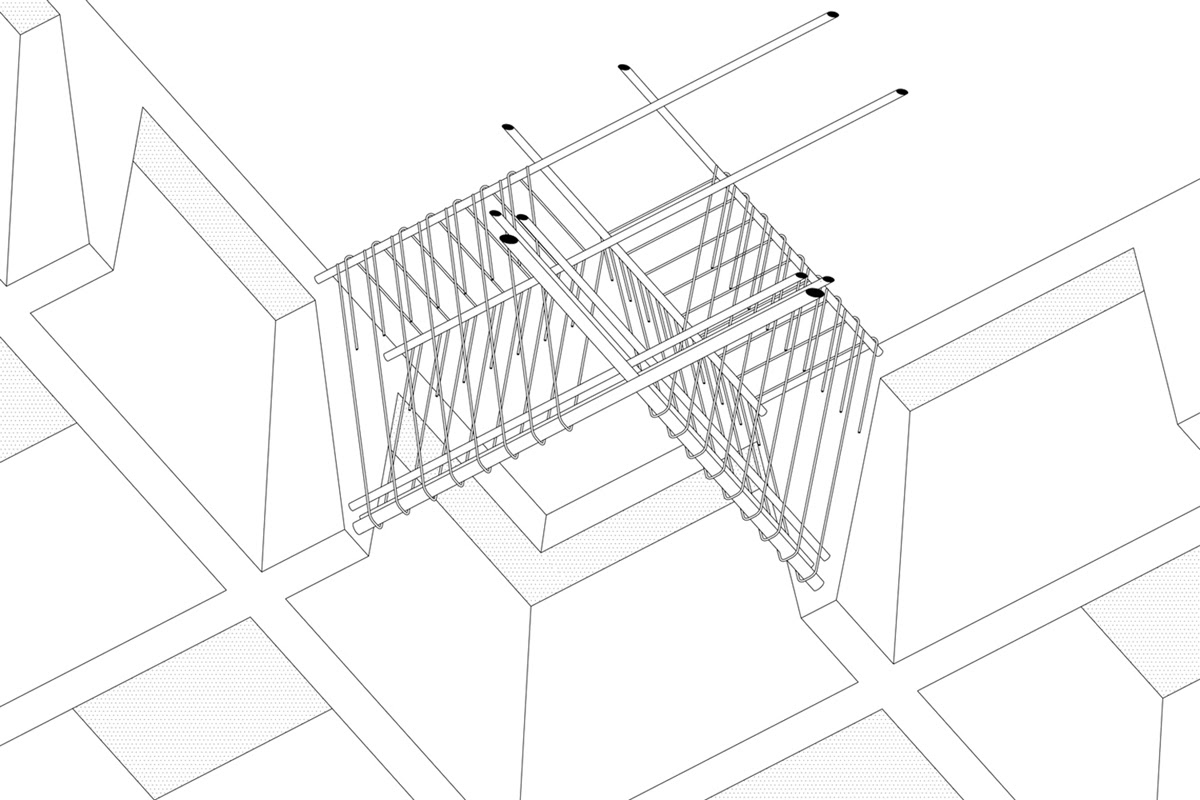