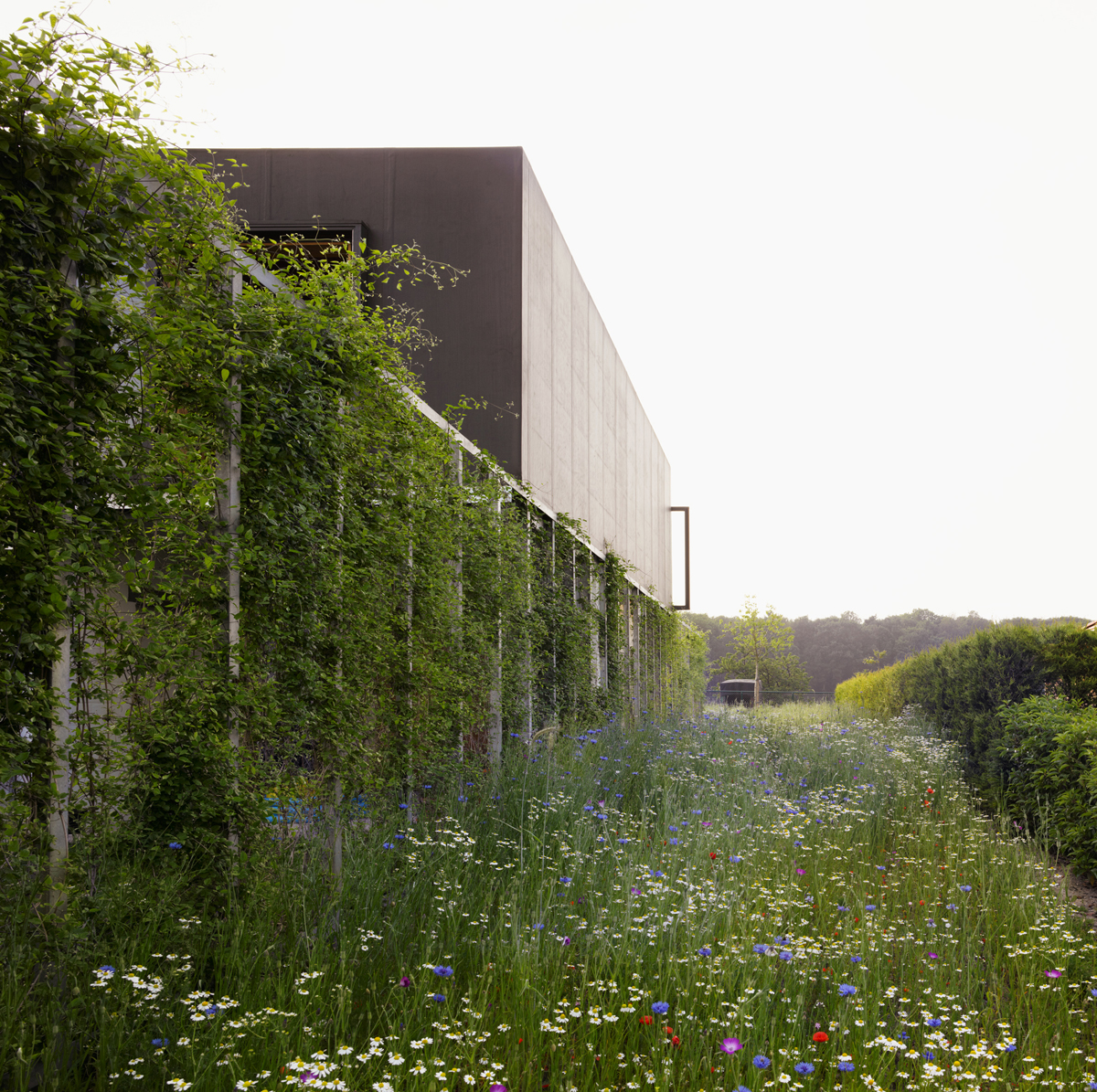 This freestanding dwelling is situated in the middle of a parcel between woods and an agricultural area near the village of Buggenhout. The enclosure—a modular steel fence—is an integral part of the design and defines the volume of the house. The surrounding unkempt garden is not included, and functions as an automotive access around the house. The dwelling itself is composed of two levels: an open “outside house” on the ground floor, and a closed “inside house” on the first story, with views of the woods and rural landscape. The outside house is conceived as a patio villa with a garden. Its thick double walls—two load-bearing layers of standard brick, painted white—carry a concrete platform that forms the base for the inside house. The inside house is a compact set of rooms in the depth of the roof of the patio villa. This is conceived as a wooden box that covers the platform, which is made watertight by covering it completely with a dark plastic membrane. All detailing on this project is designed from the inside out: the huge sliding windows are added to the façade in such a way that the frames are invisible and do not impose on the impressive views. These are directed at the still open, rural landscape, while the neighboring houses remain relatively invisible. By deliberately moving the fence in from the edges of the property line, the dwelling becomes actually “freestanding”—a rare luxury in parcelized Belgium. 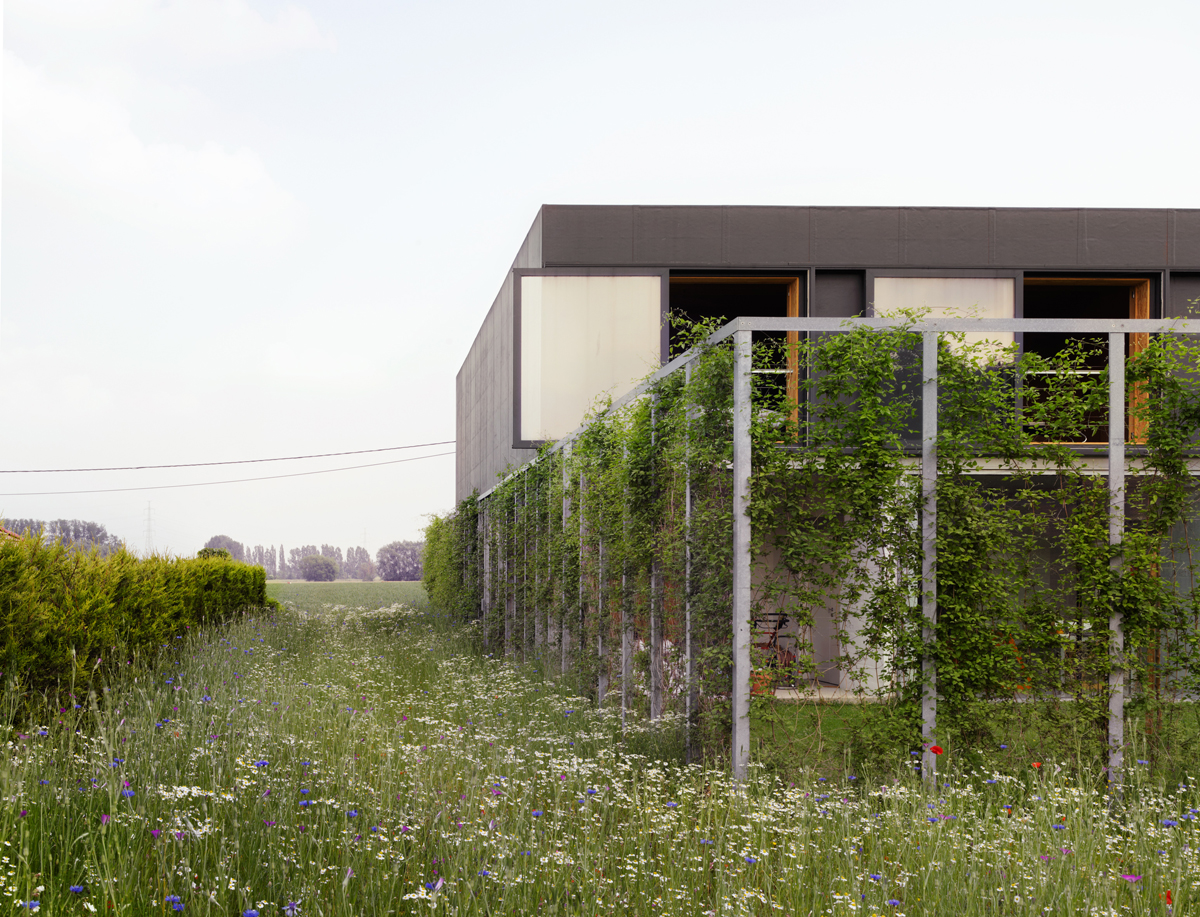 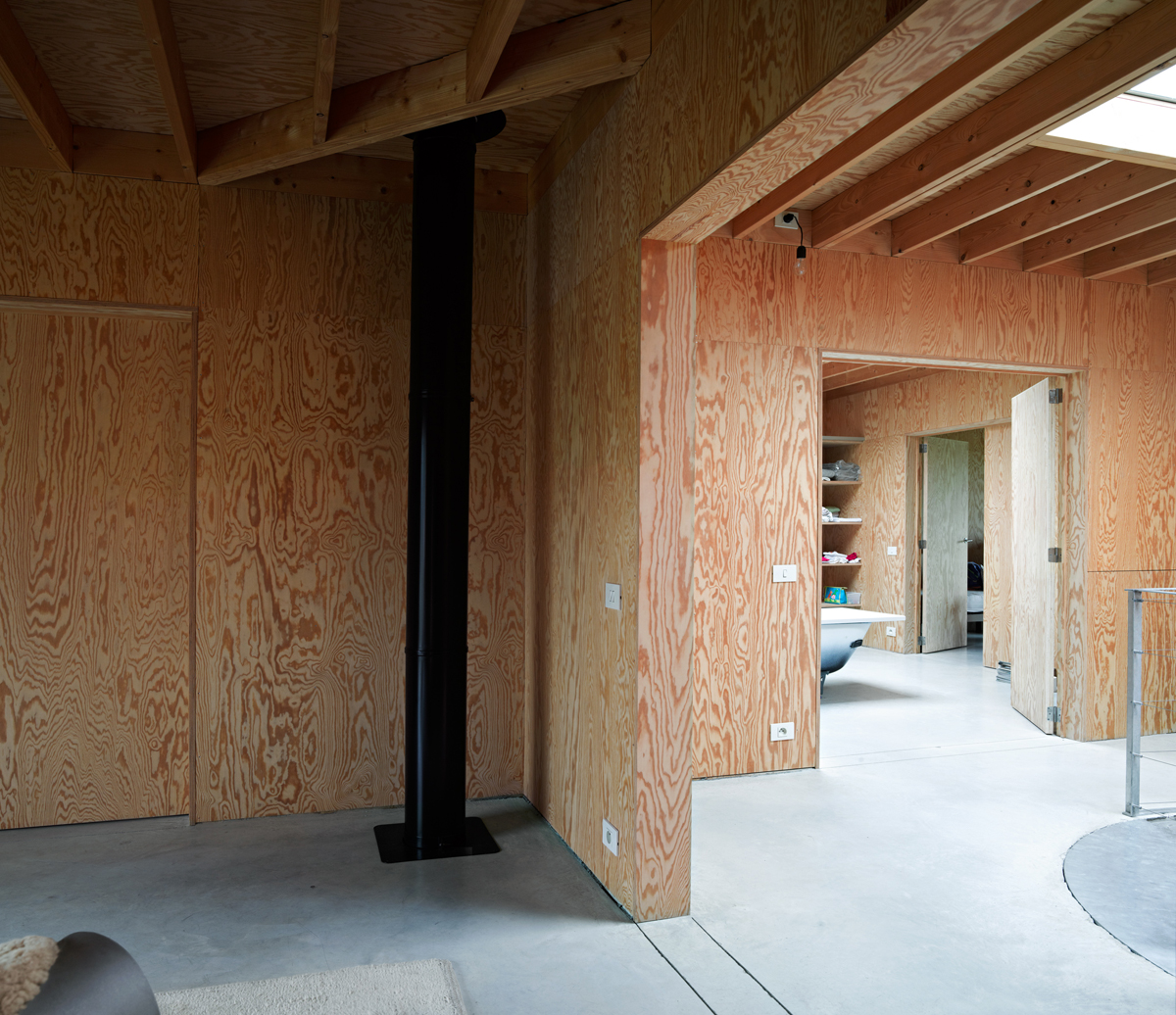 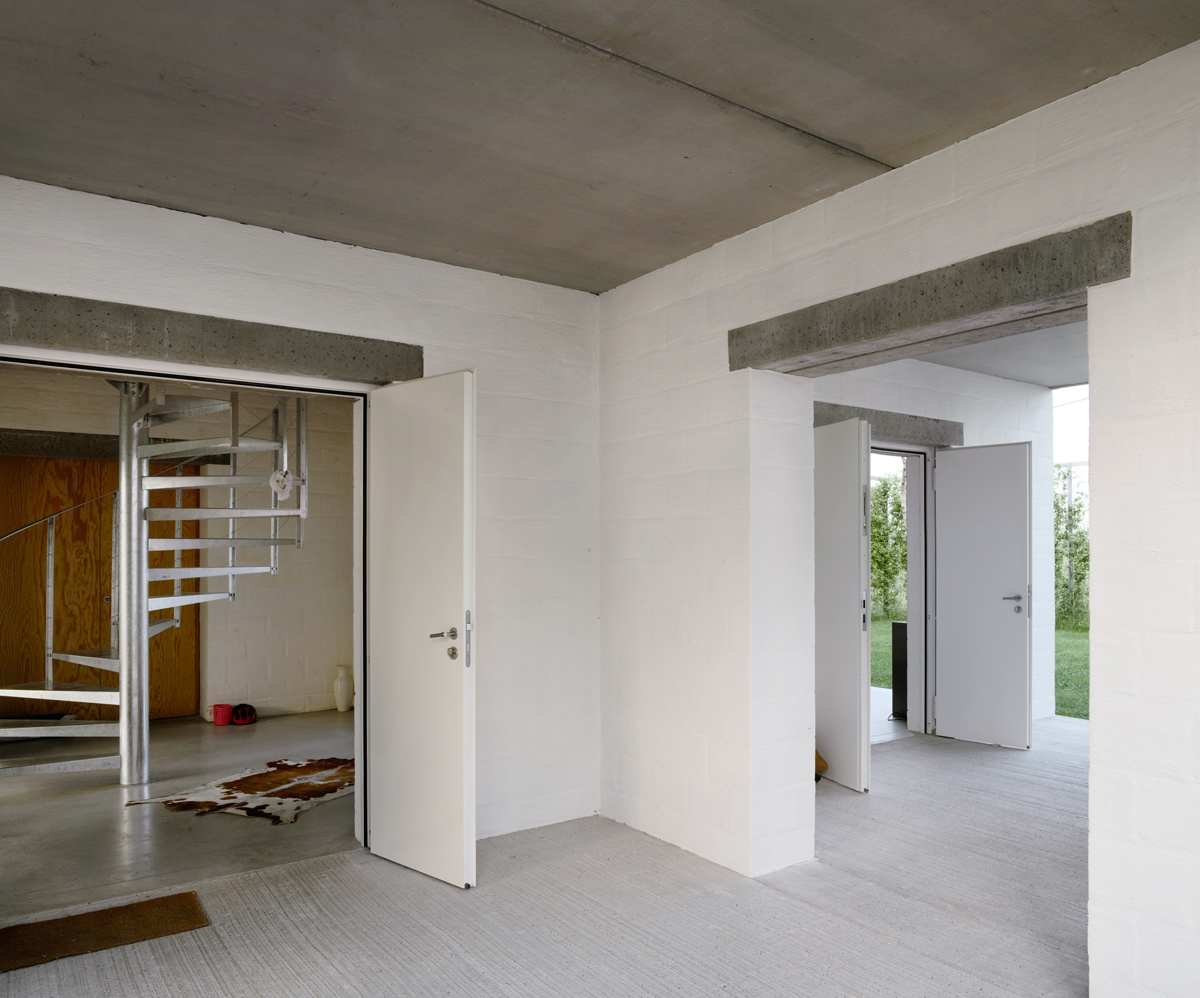 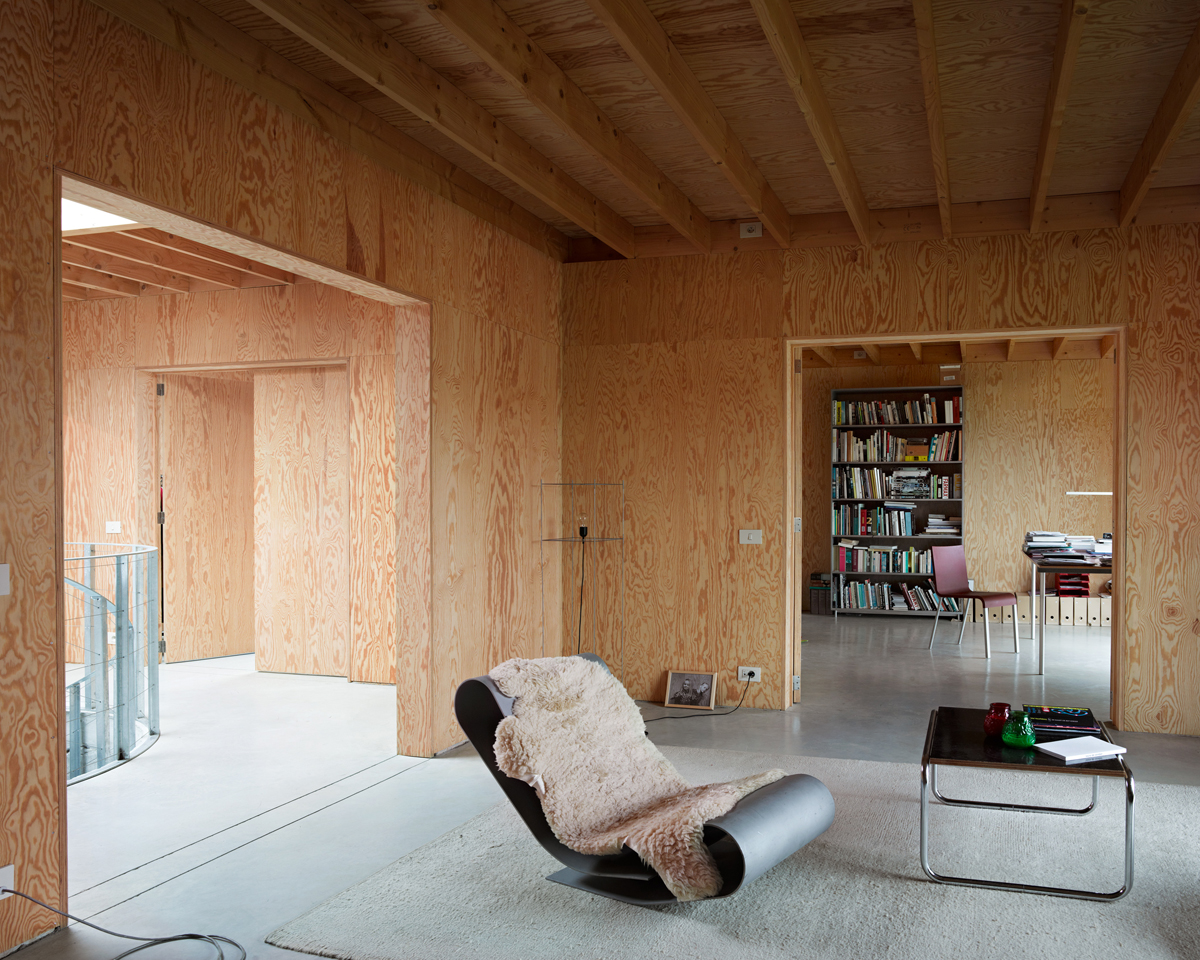 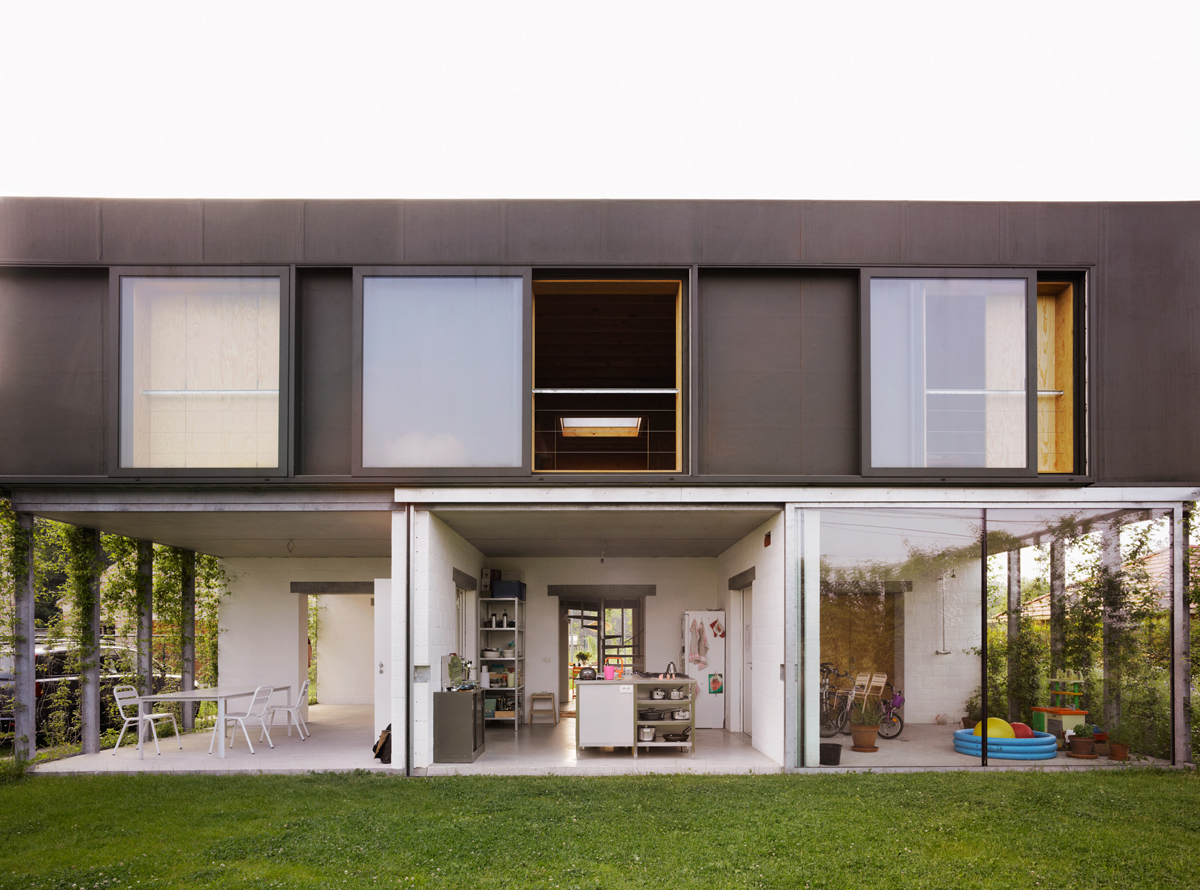 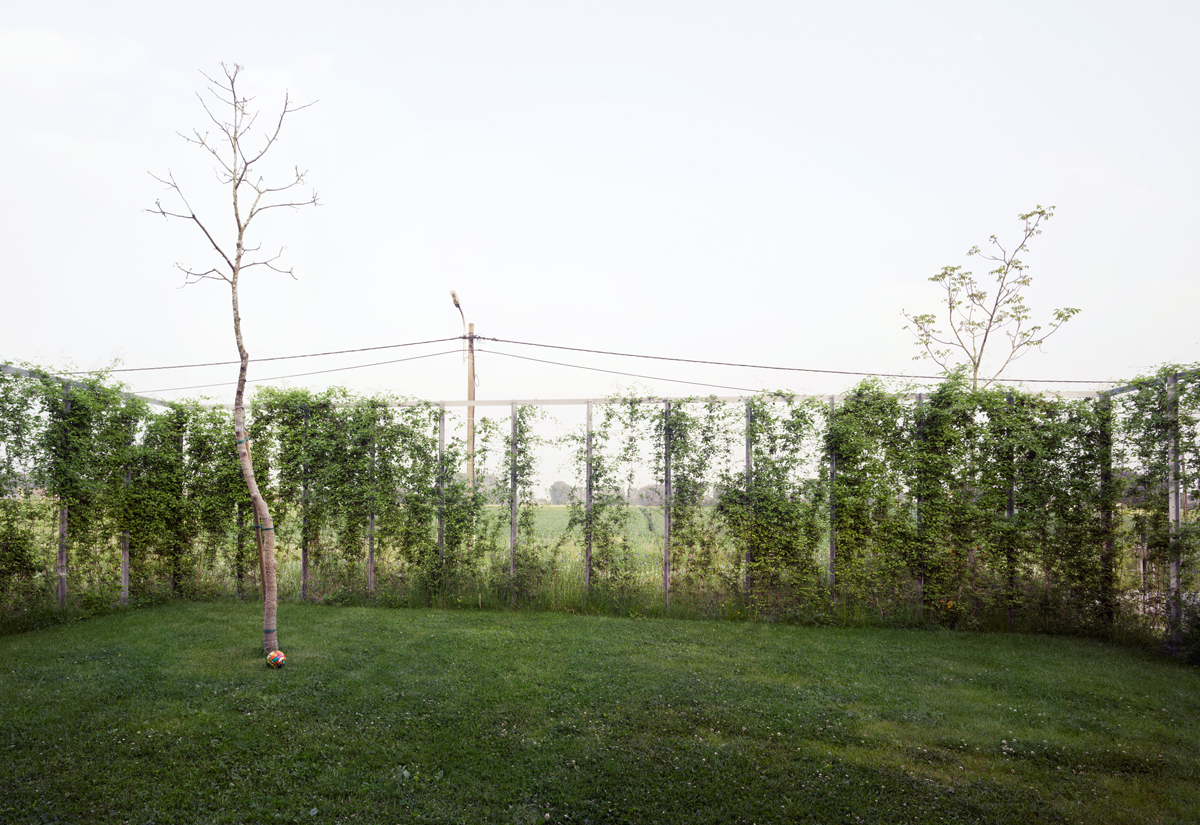 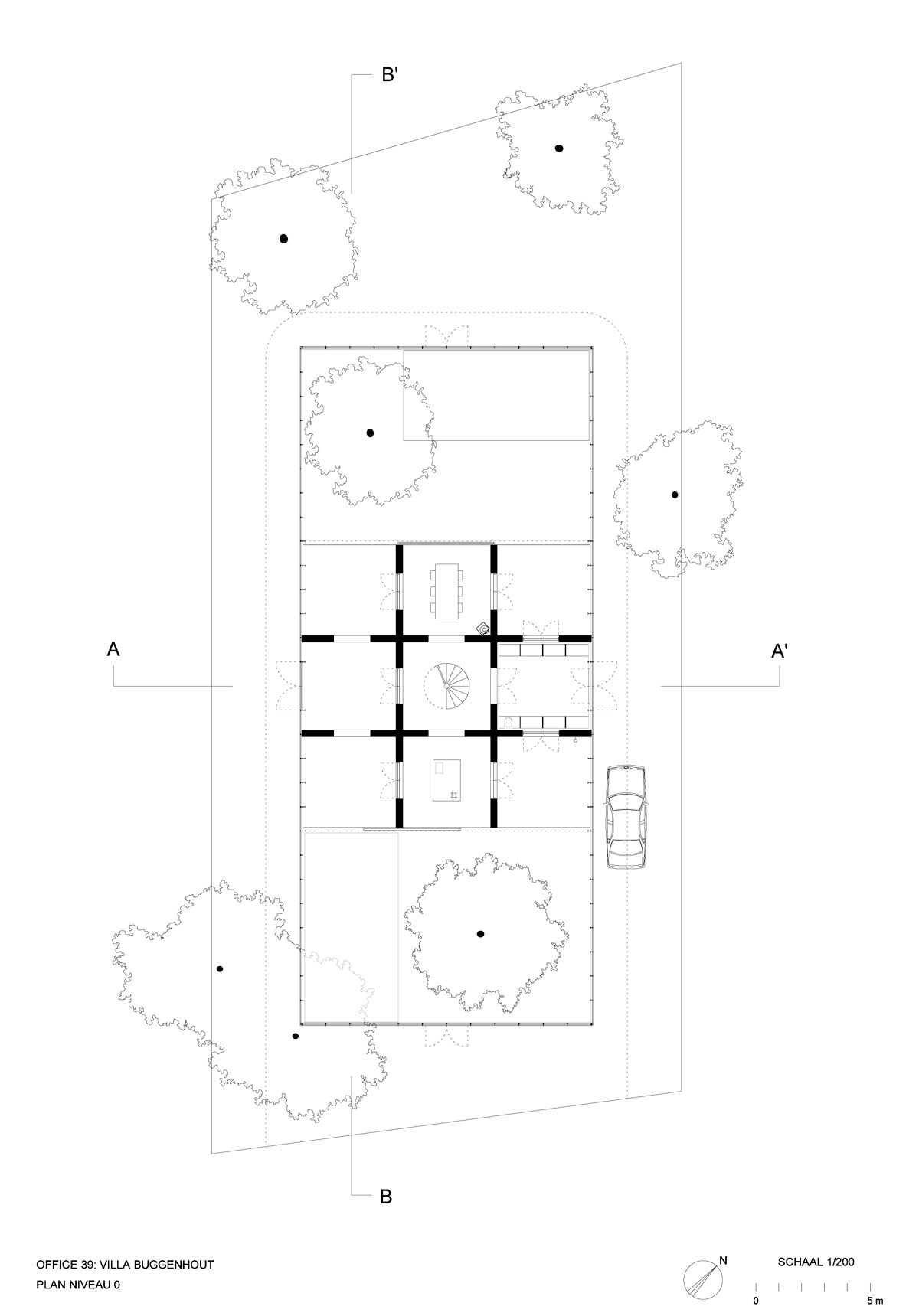 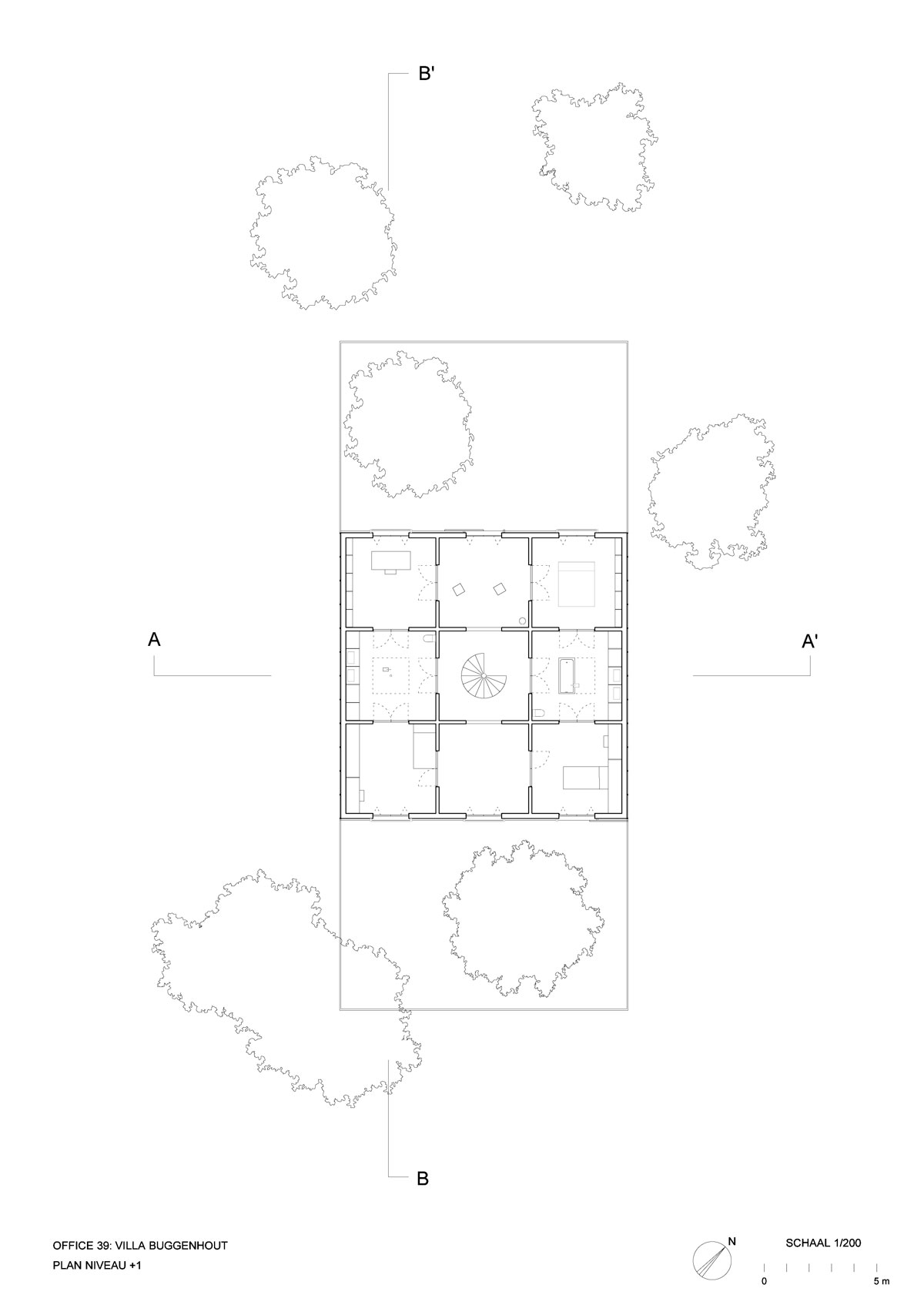 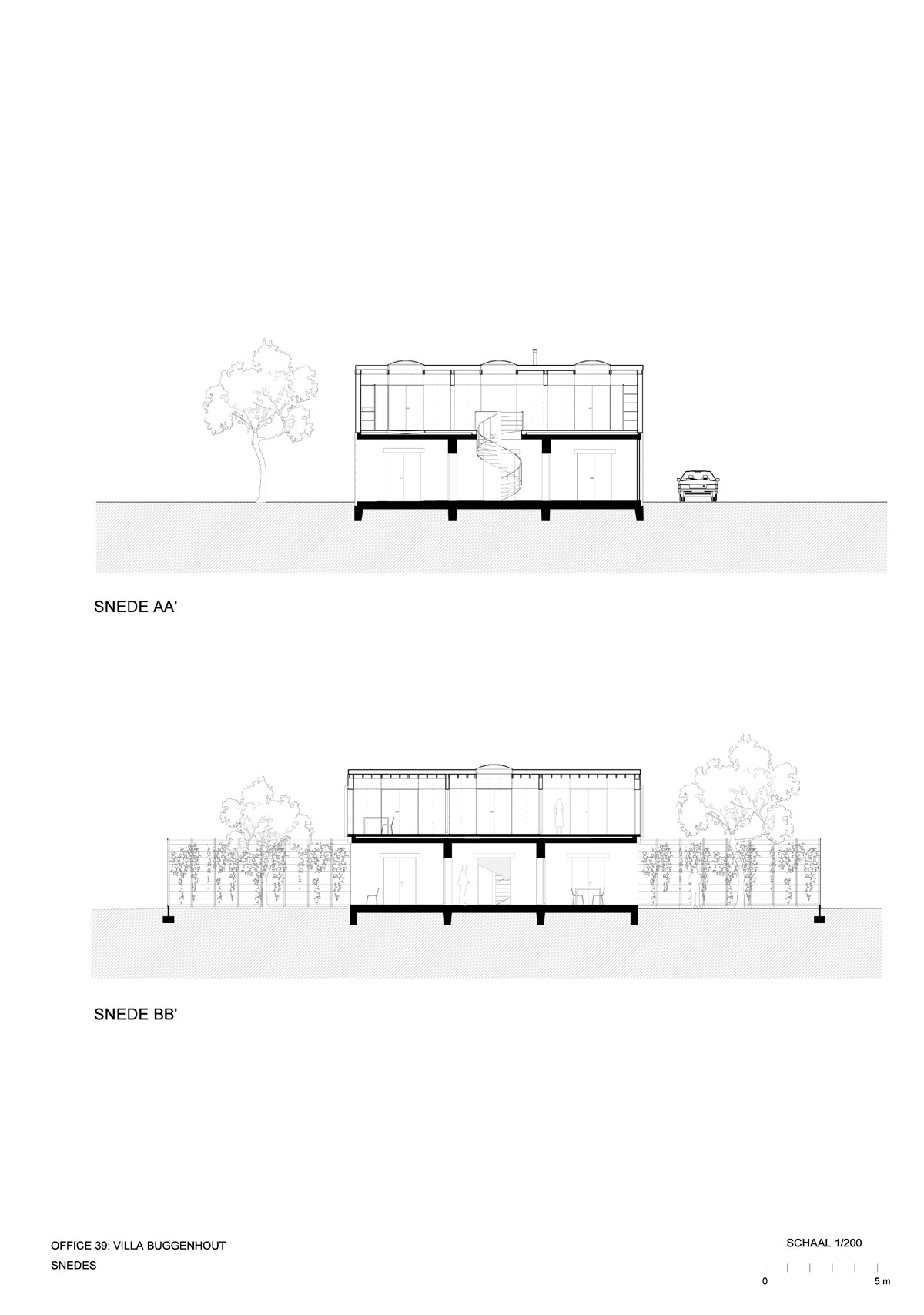 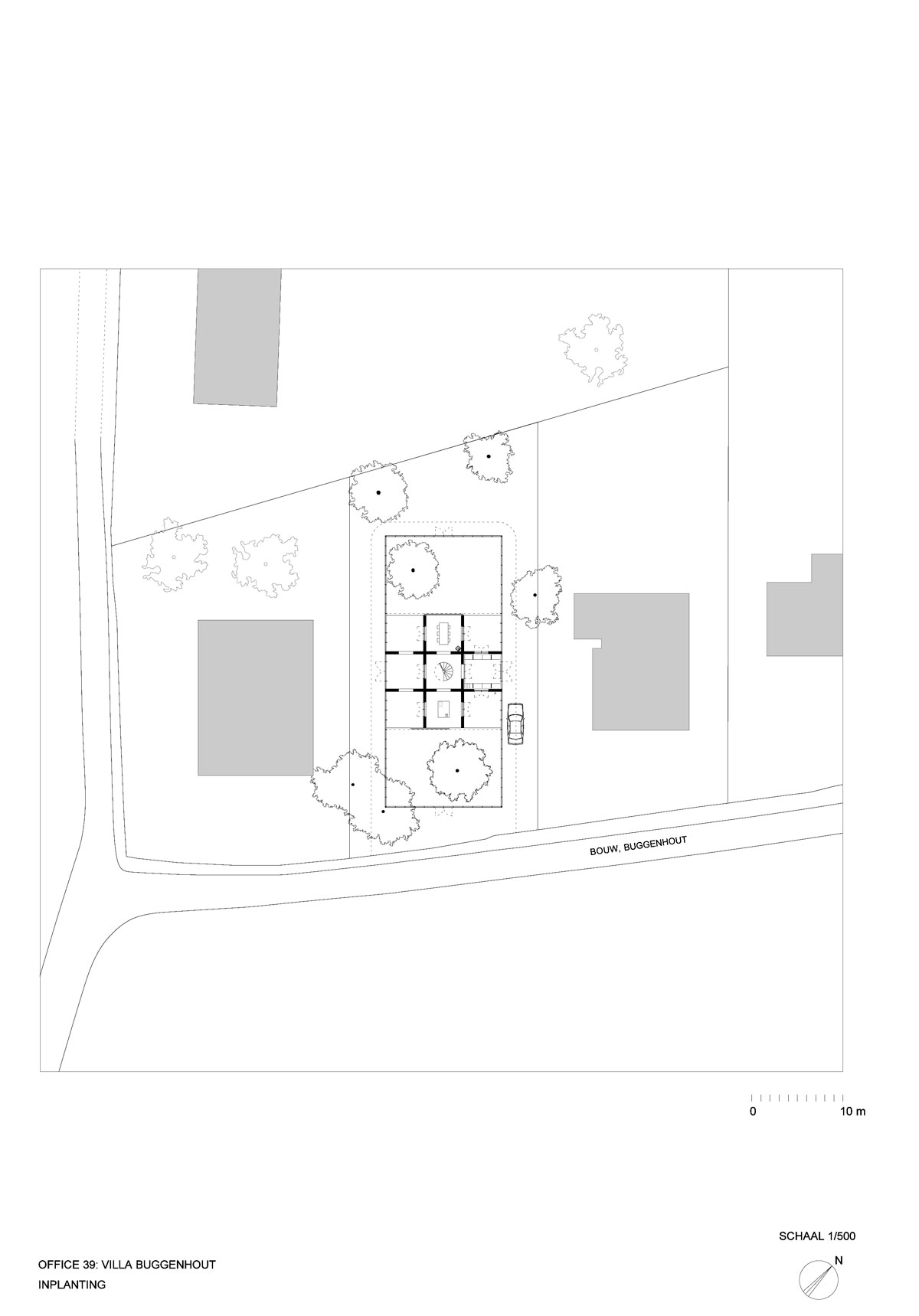