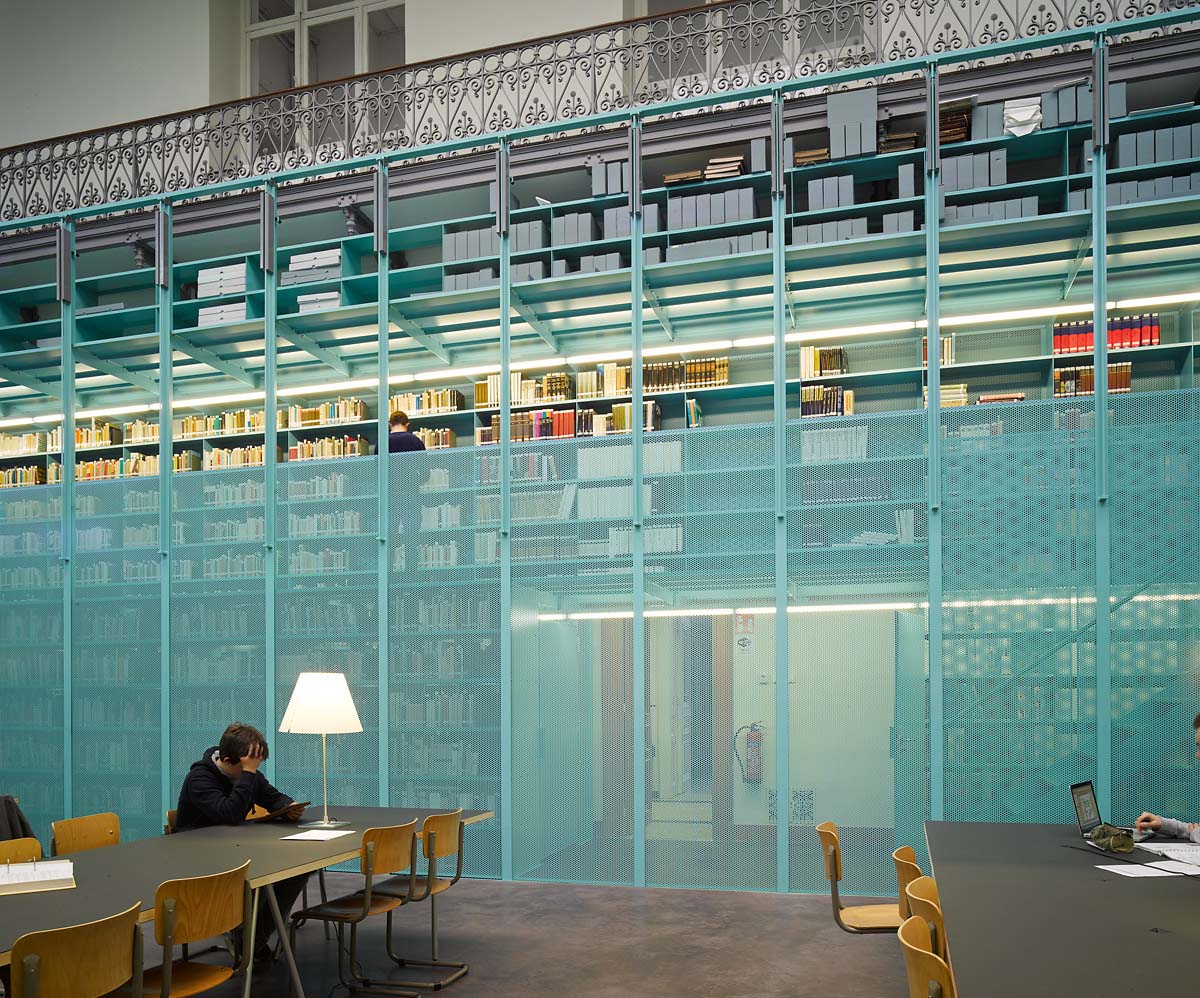 The new library for the faculty of Architecture and Urbanism of the University of Ghent can be considered a large, pavillion-like piece of furniture, inserted under the bacony of the existing Physics hall. The accessible, three-storied cupboard forms a complete perimeter around the central, atrium-like space, enforcing its monumental scale. Both the lendable collection as well as the more precious books which can only be consulted, are presented visibly around it.

The perimeter of cupboards, realised completely as a bolted construction of prefabricated steel elements, contains passages, stairs, desks and corridors, and organises both the library itself as the access to the multiple backoffices and auxiliary functions. A system of vertically sliding, perforated panels allows for the cupboards to be closed off, protecting the collection during lectures and other events, while keeping it visually present. 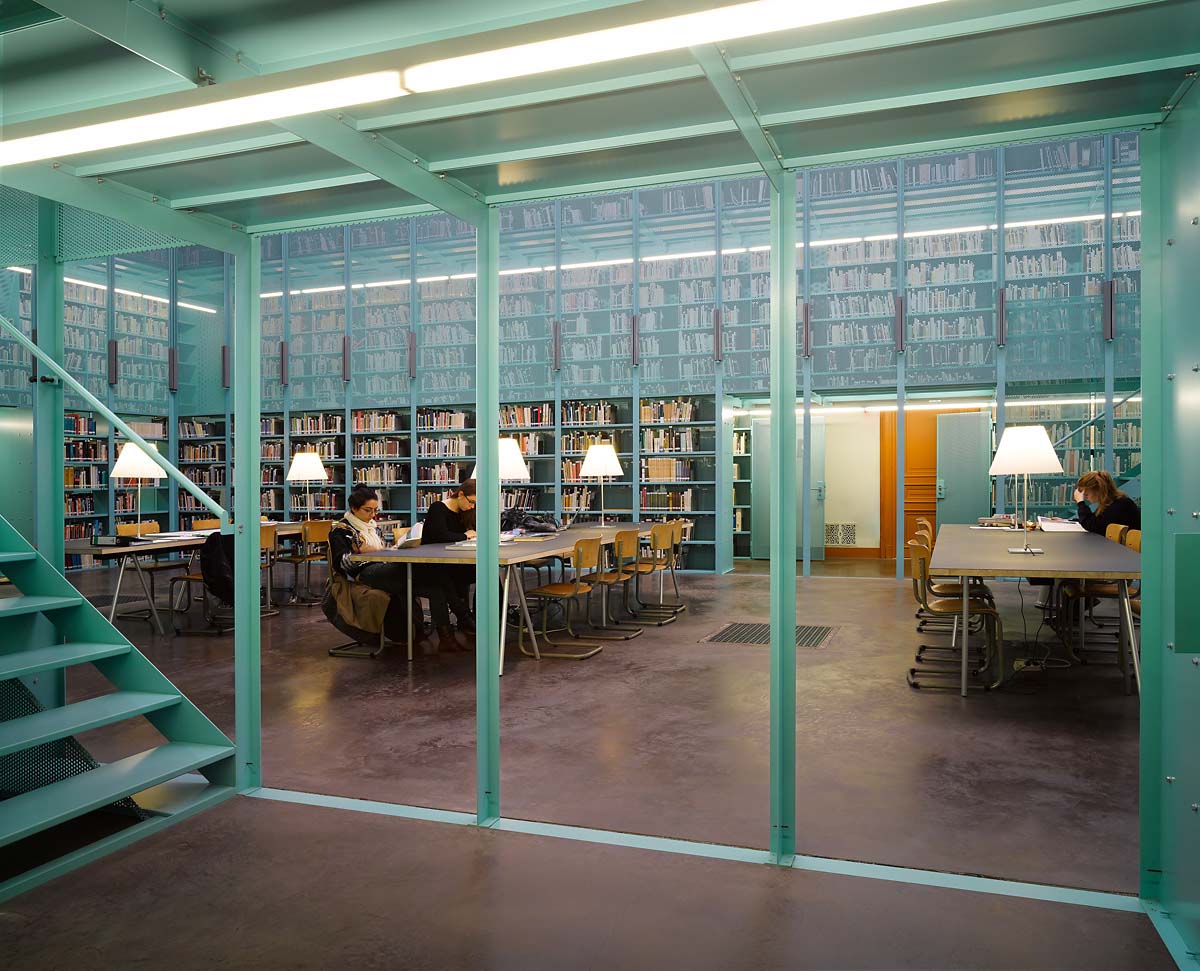 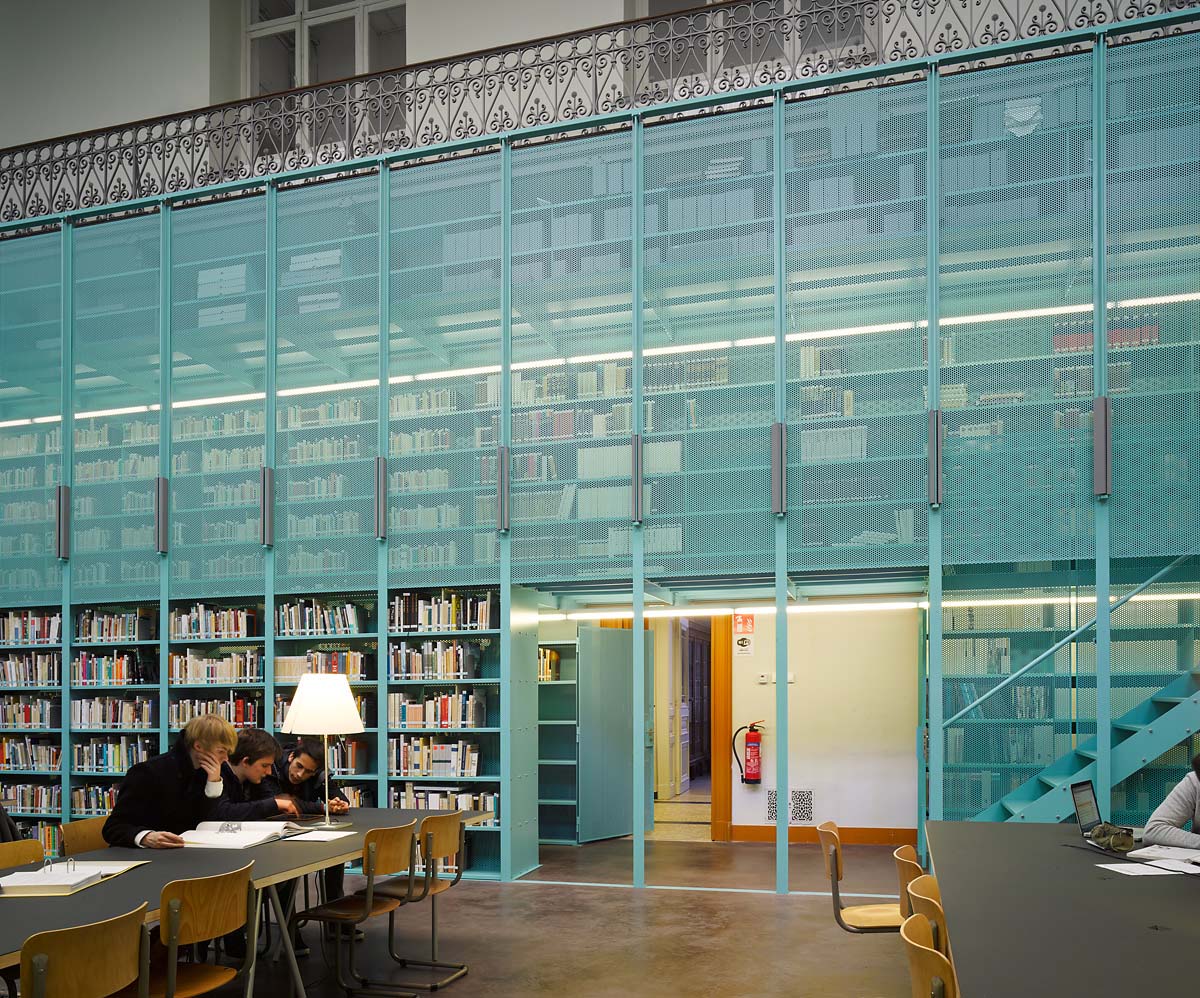 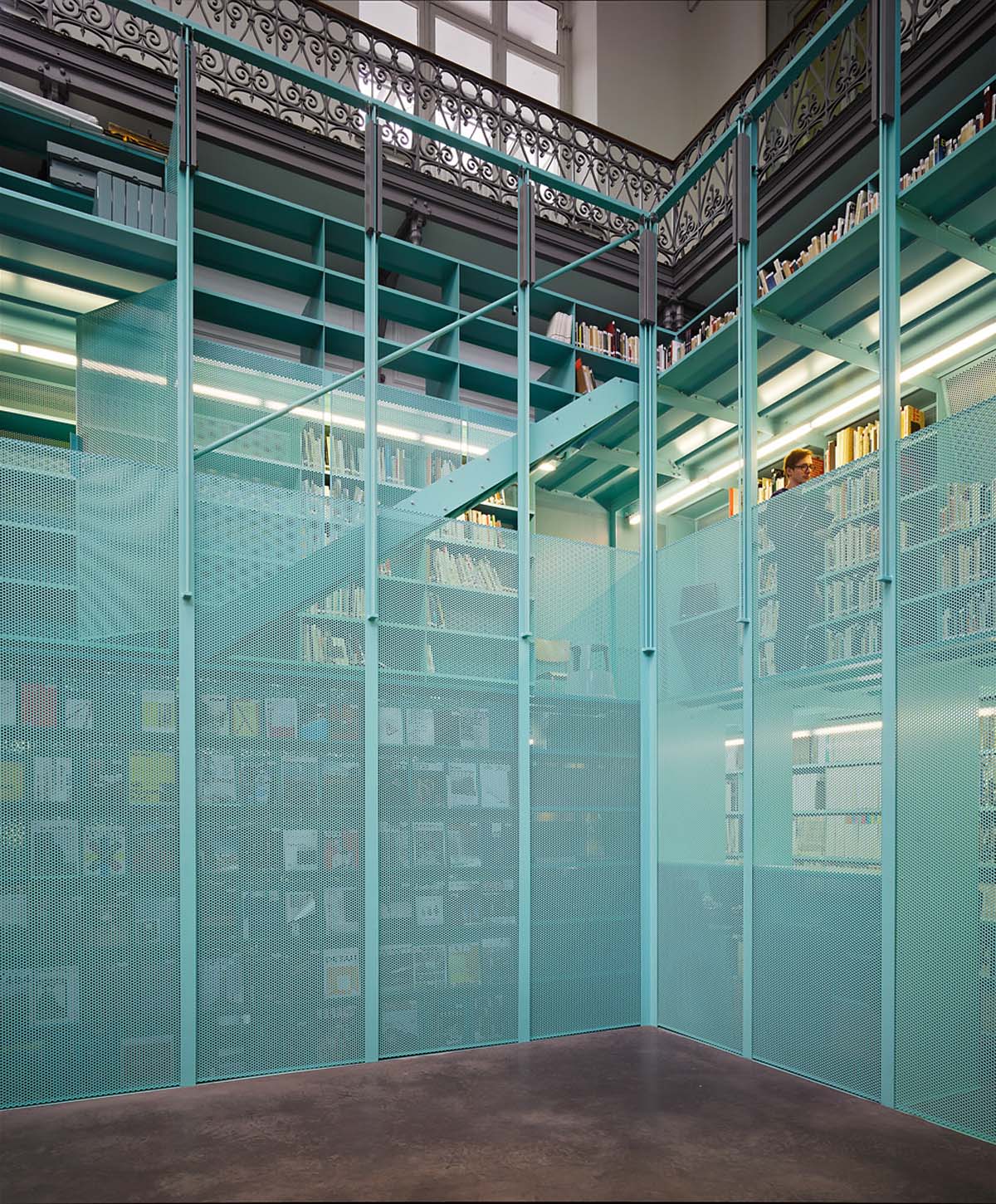 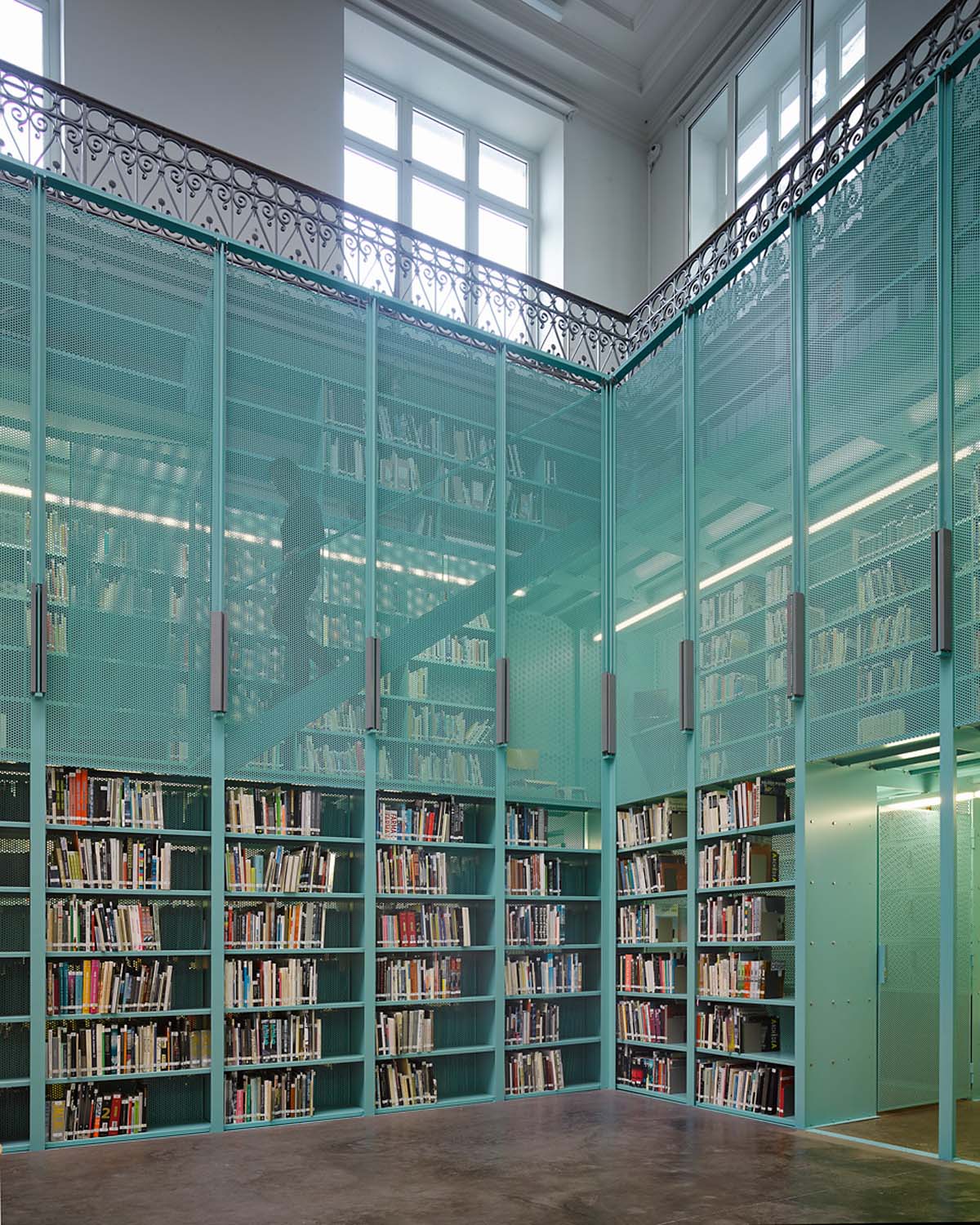 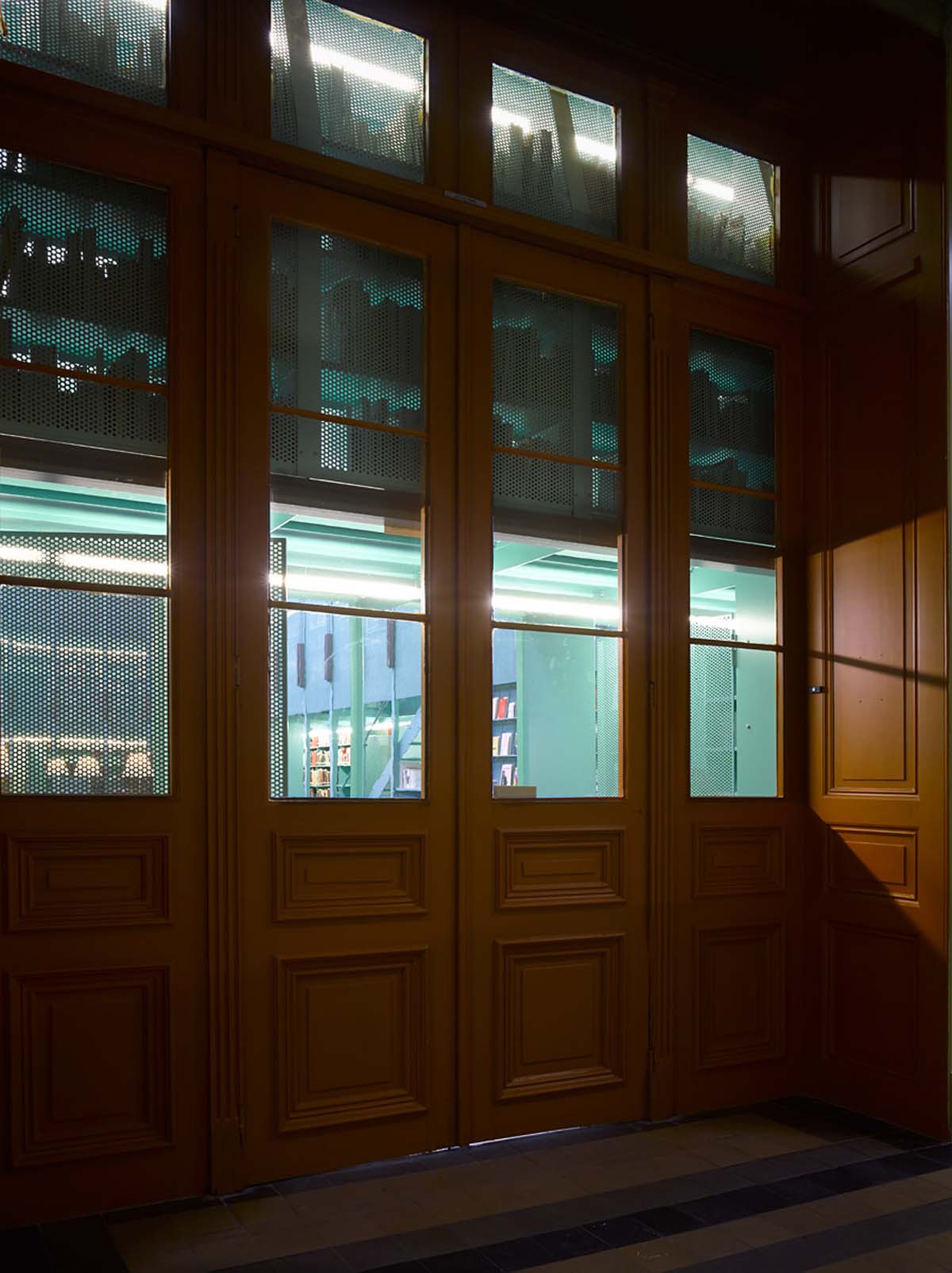 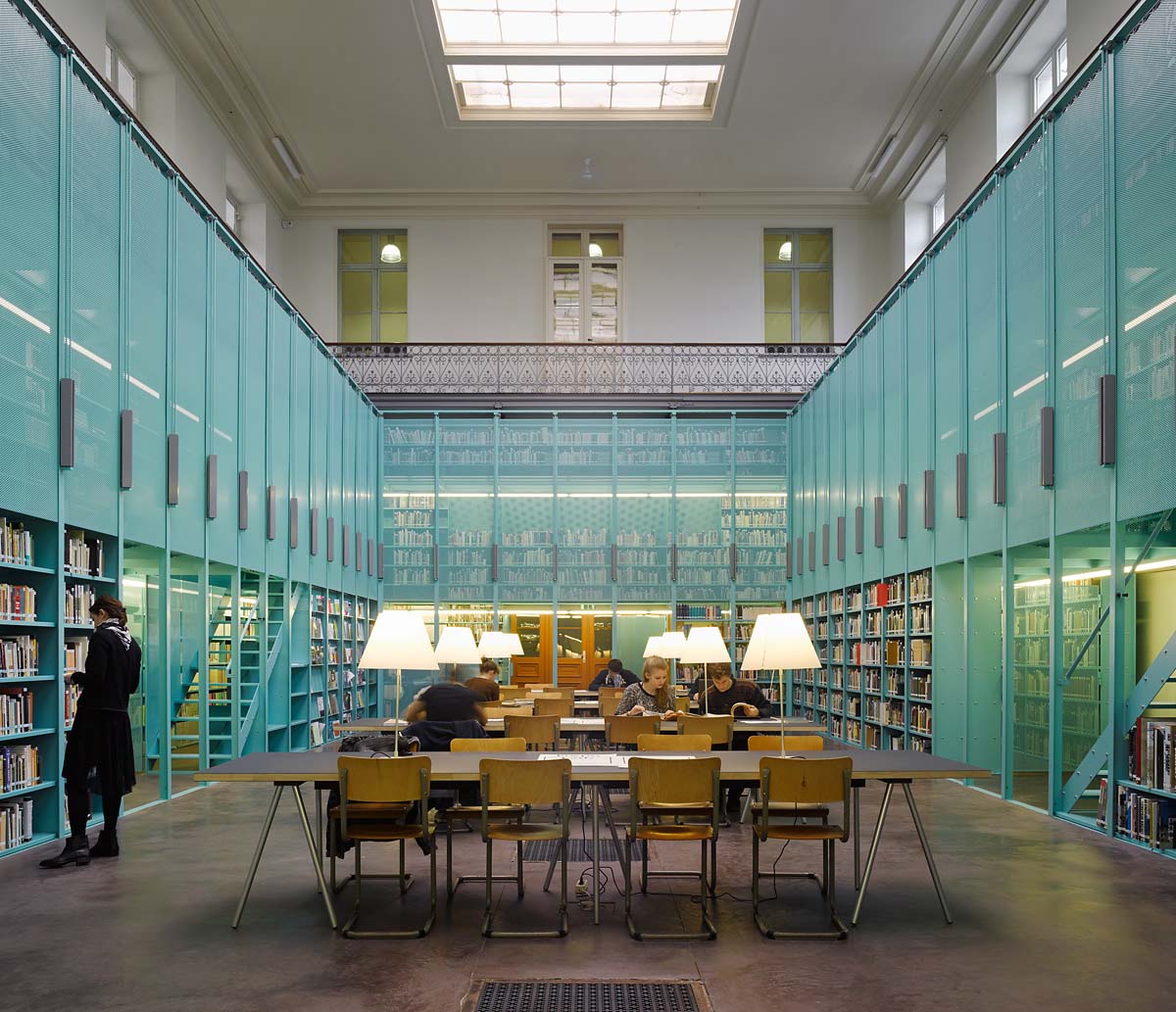 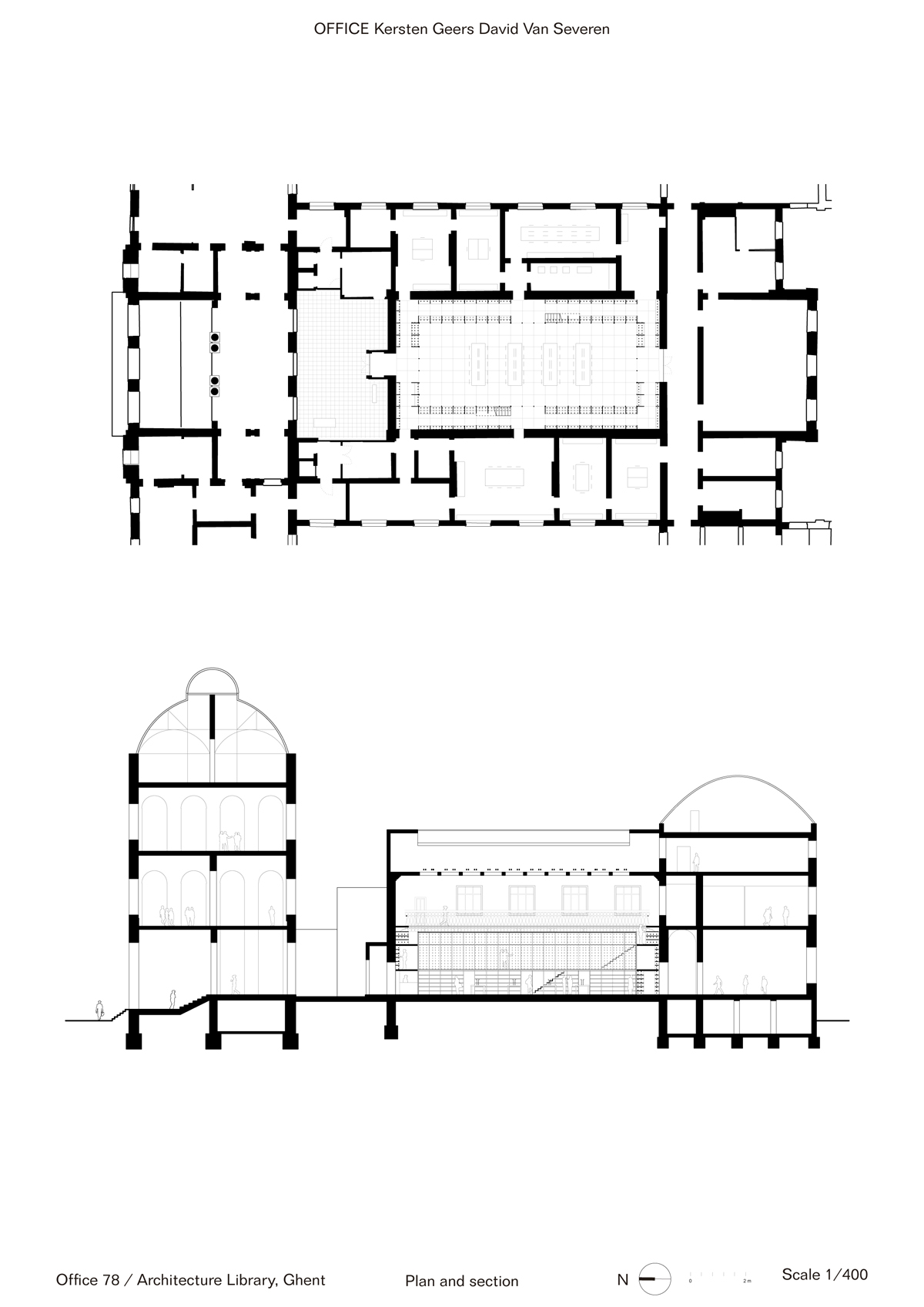 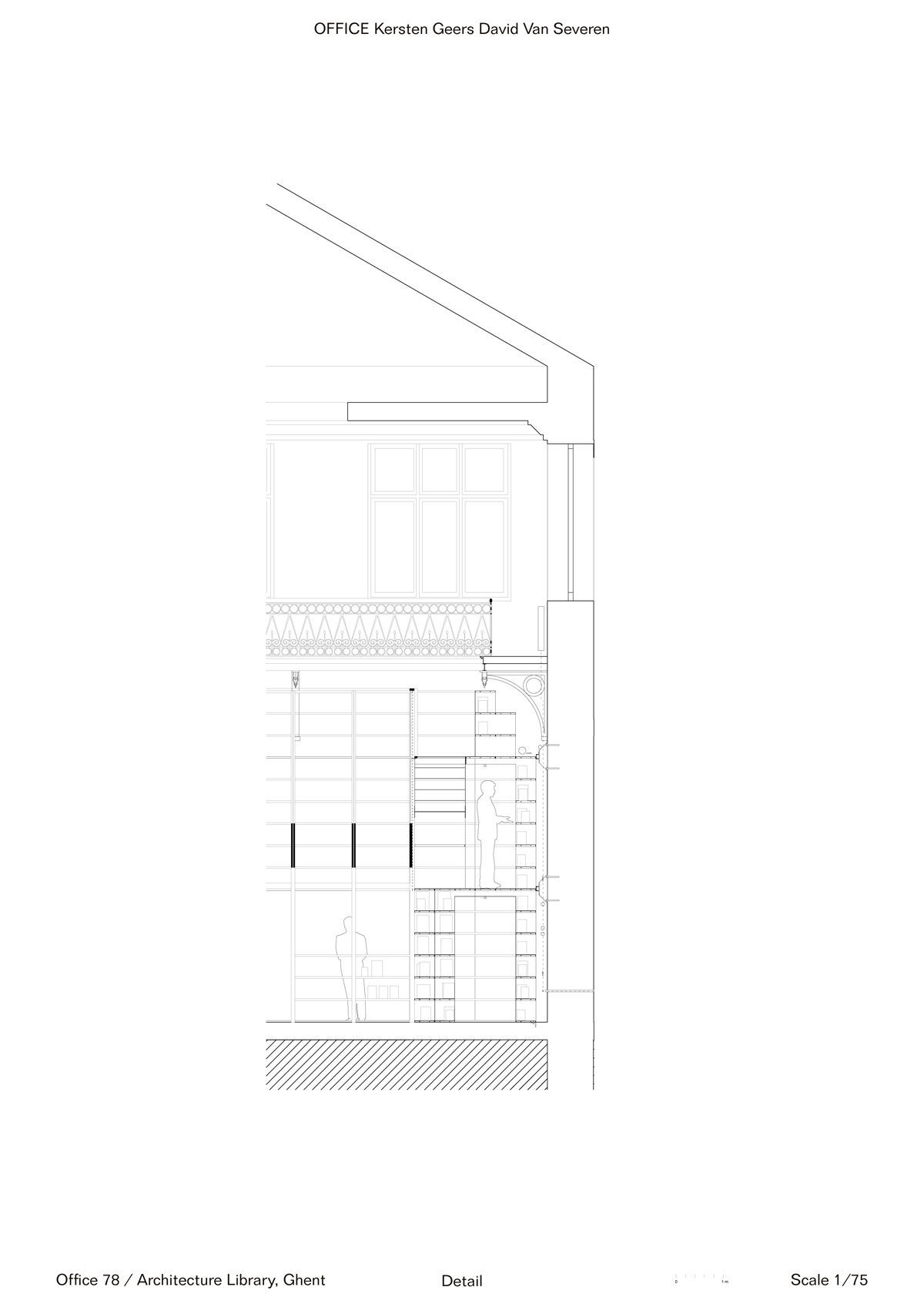