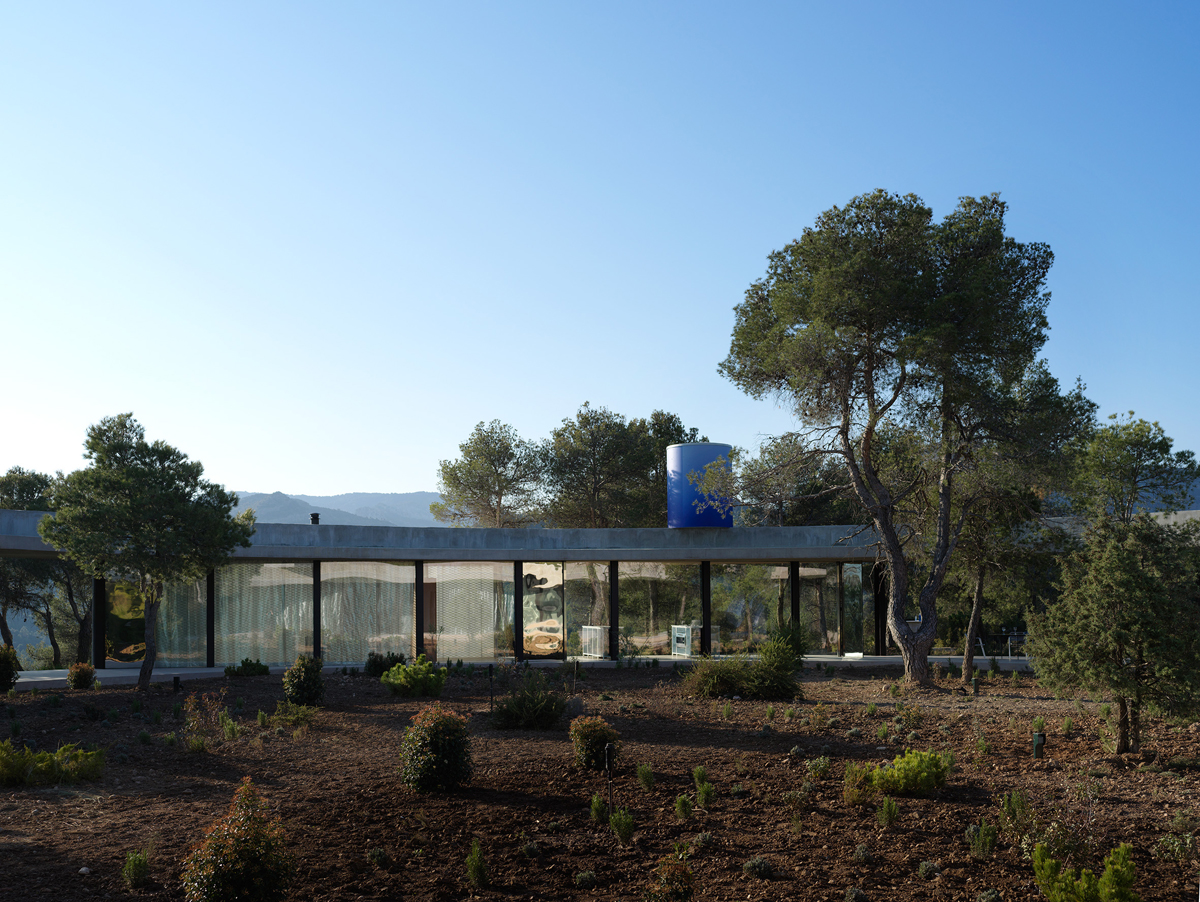 The Solo house is a country residence in a large untouched forest, in the mountainous region of Matarraña, two hours south of Barcelona. The house frames the top of a plateau, overlooking the surrounding forests and dramatical landscape. Since the scenery is so impressive, we felt architecture should be invisible, merely emphasising the natural qualities of the surroundings. A simple circular roof with a diameter of 45 meters underlines the qualities of both the plateau and its edge. The roof functions as a shelter, and forms the perimeter of the inhabited surface. It is supported by four straight rows of eight columns, which cut chords from the circular base shape. Only these four areas are inhabited, with variable levels of protection. Large stretches of curtain facade slide on the outer edge of the circle, allowing the living areas to fully open, and providing a maximum relationship between the dweller and the surrounding nature. Since the terrain is not connected to any services, the house will be completely self-dependent.

Photovoltaic panels will provide thermic and electrical energy, which will be stocked in buffer tanks. Water is claimed on the site itself, and purified after use. Each of the devices are placed as abstract objects on the roof. 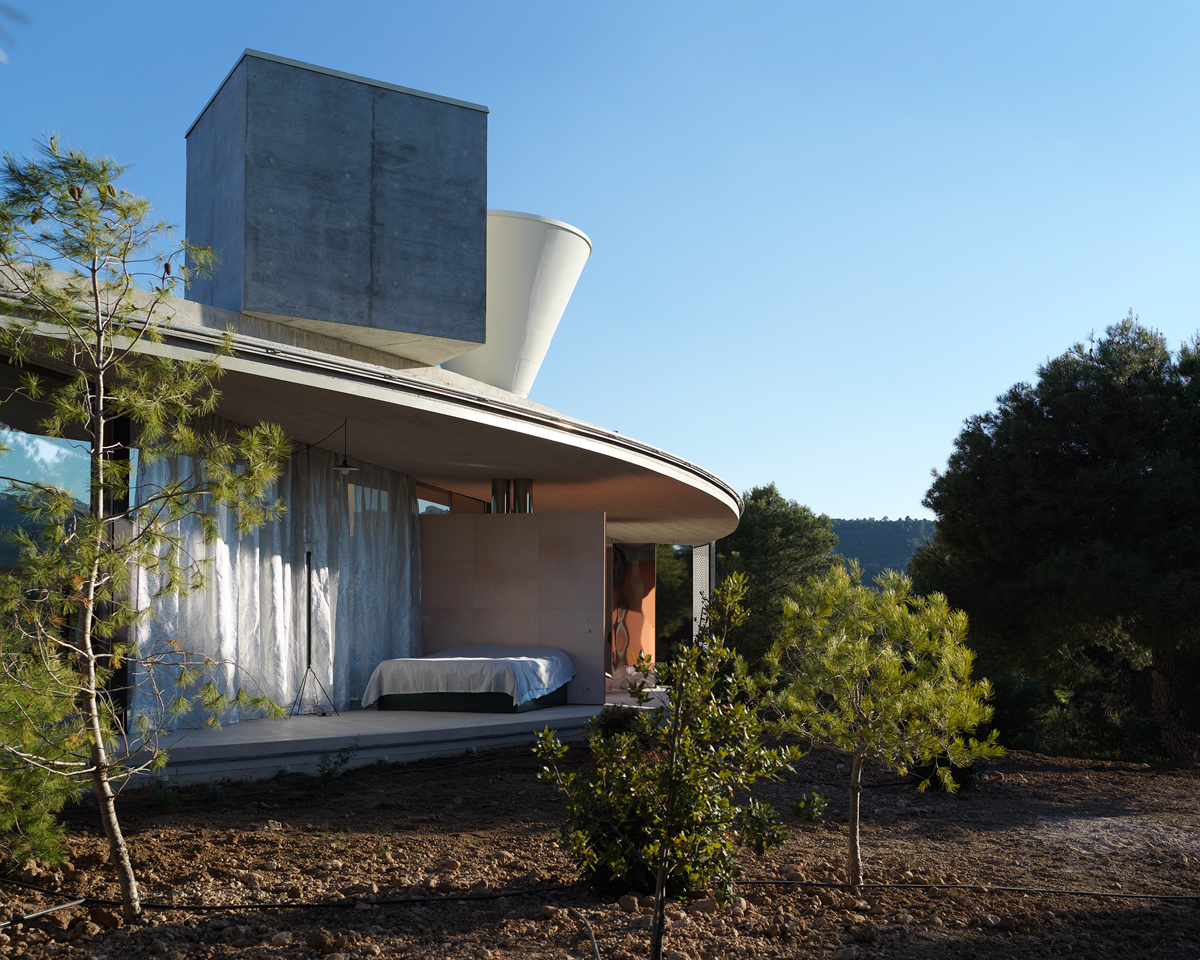 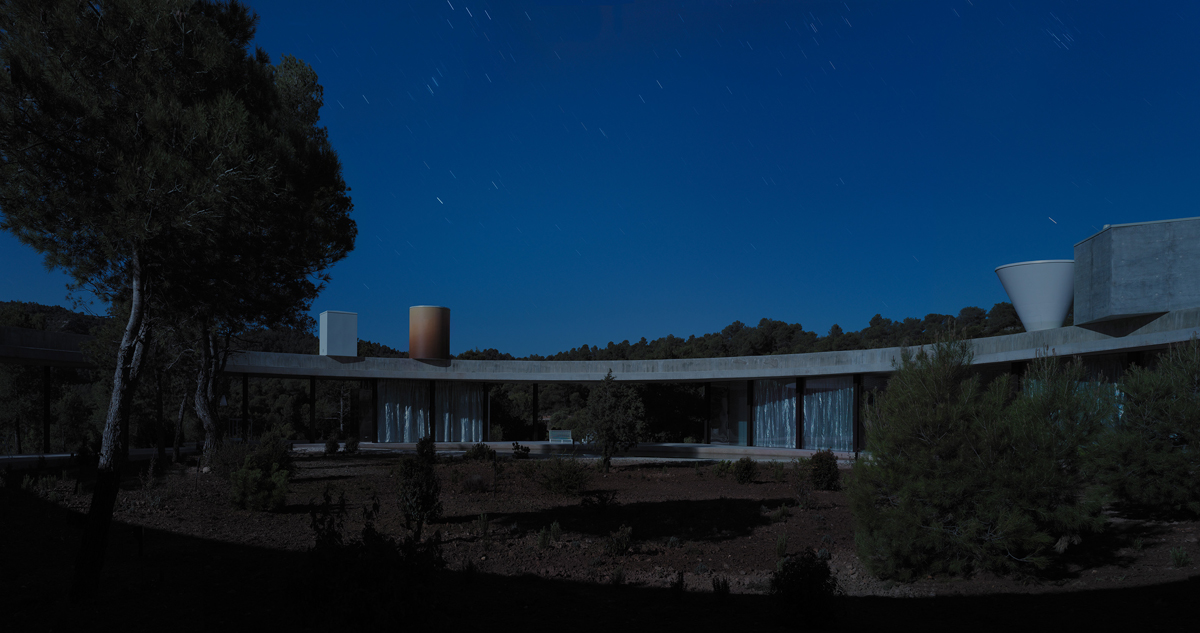 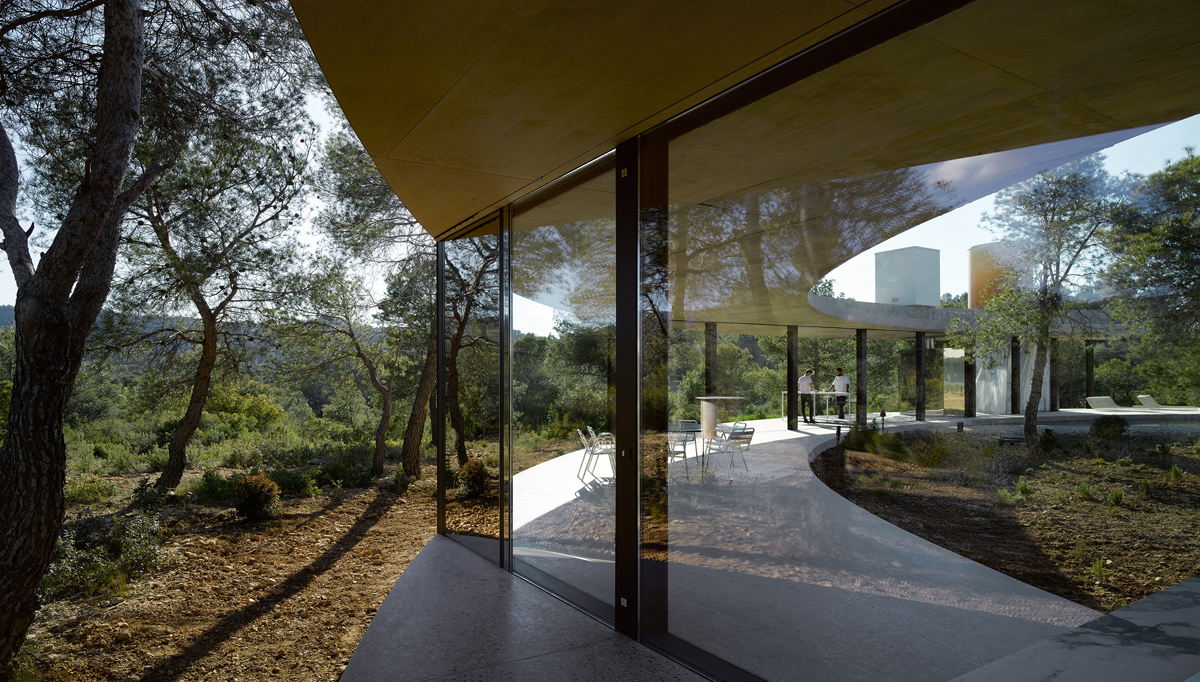 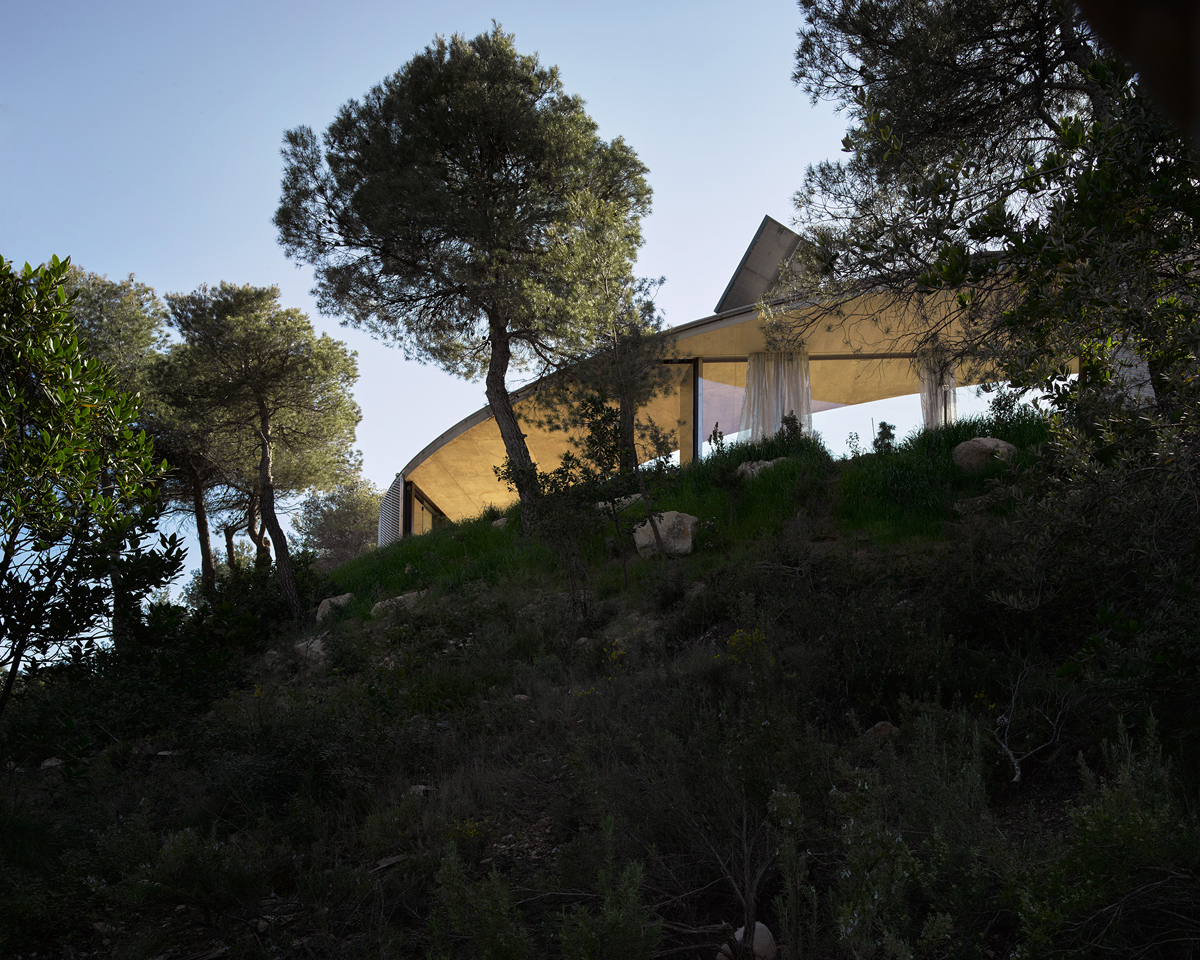 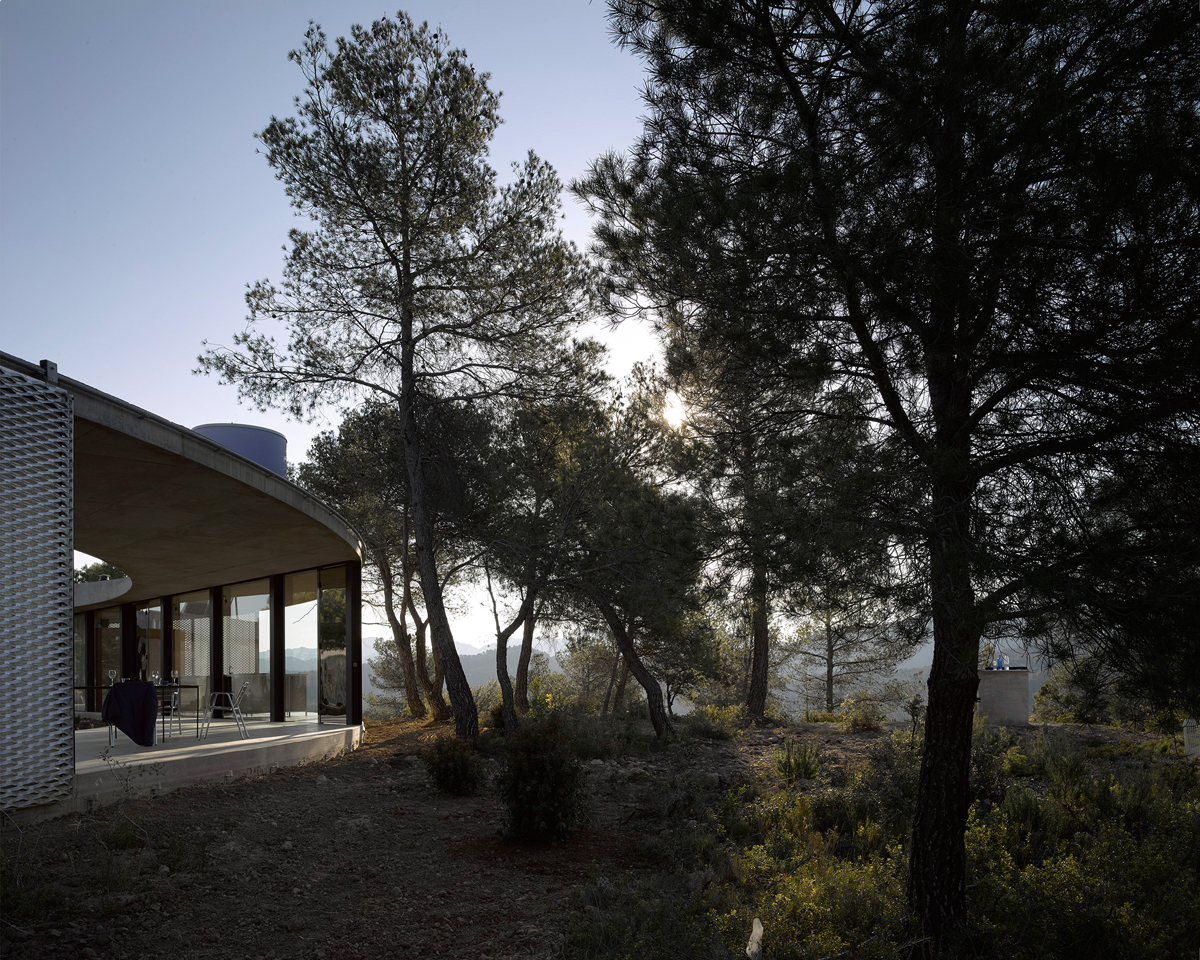 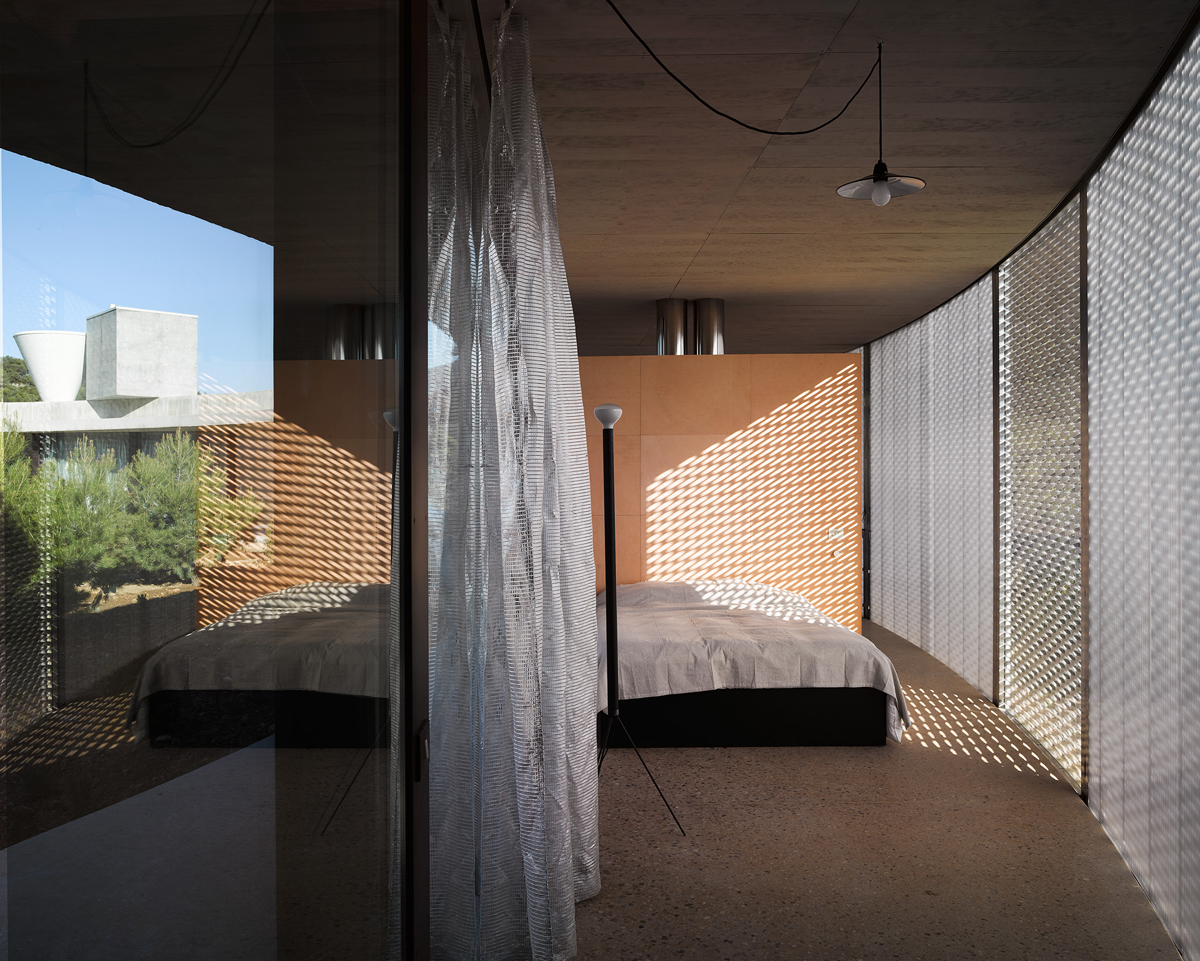 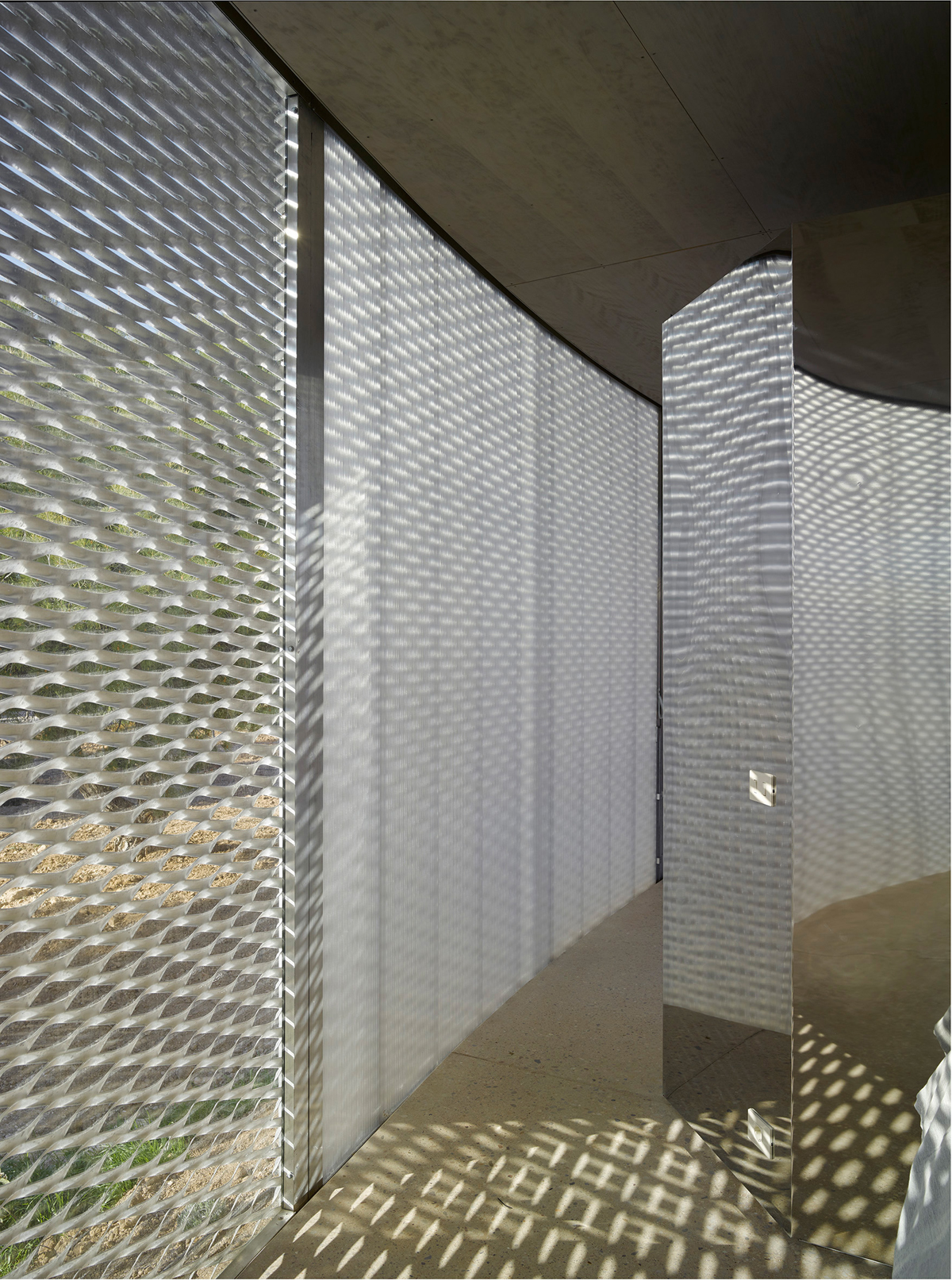 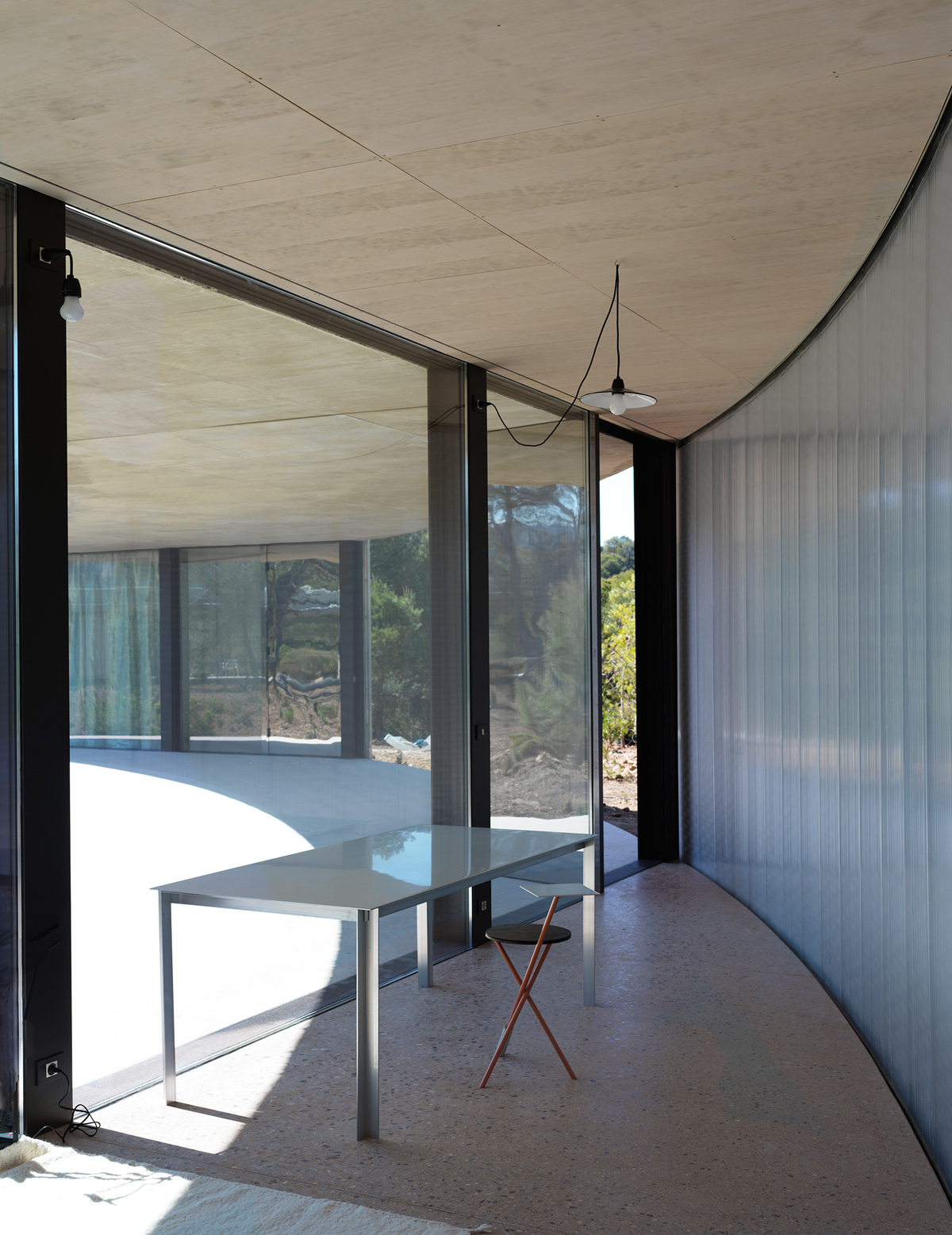 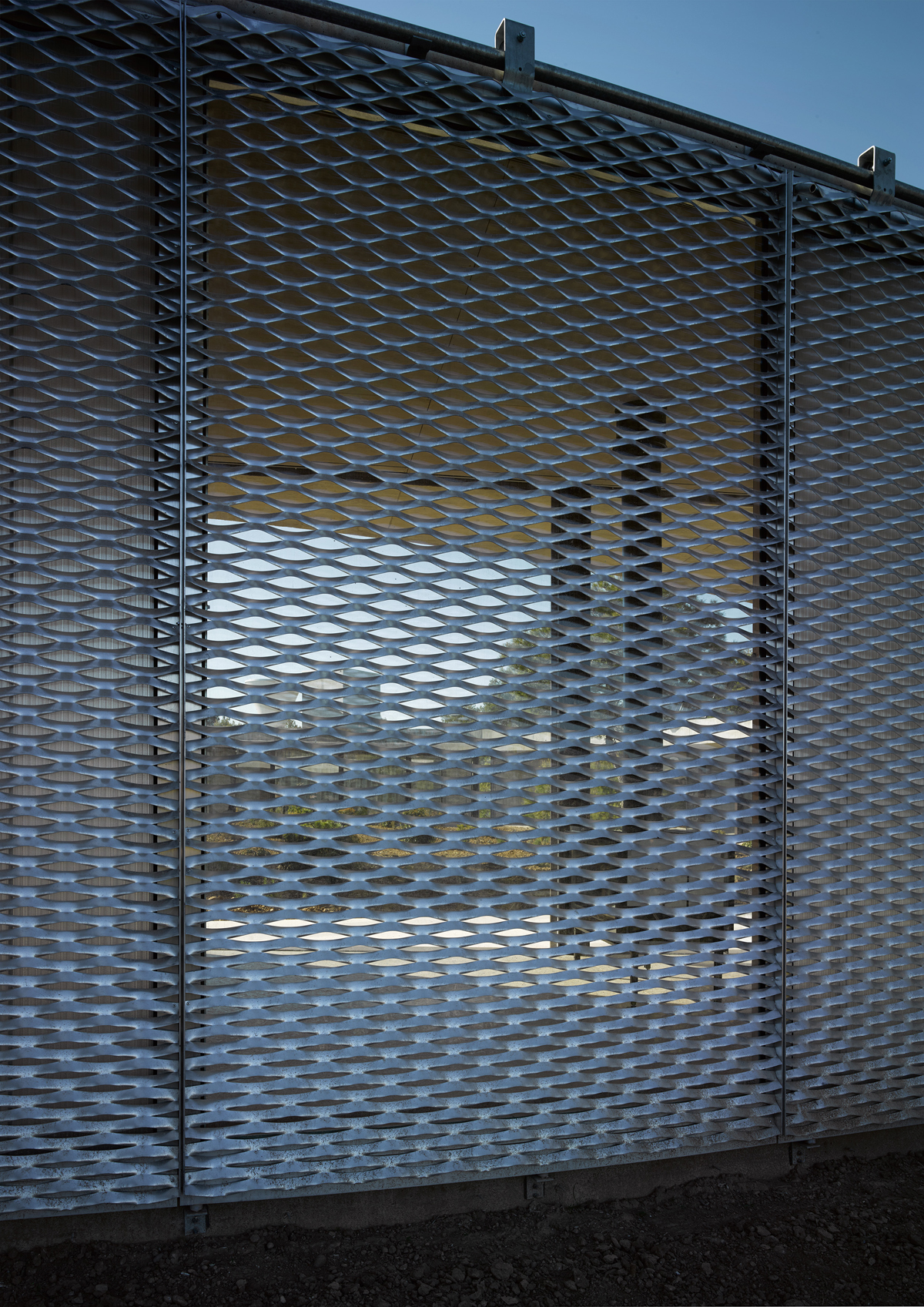 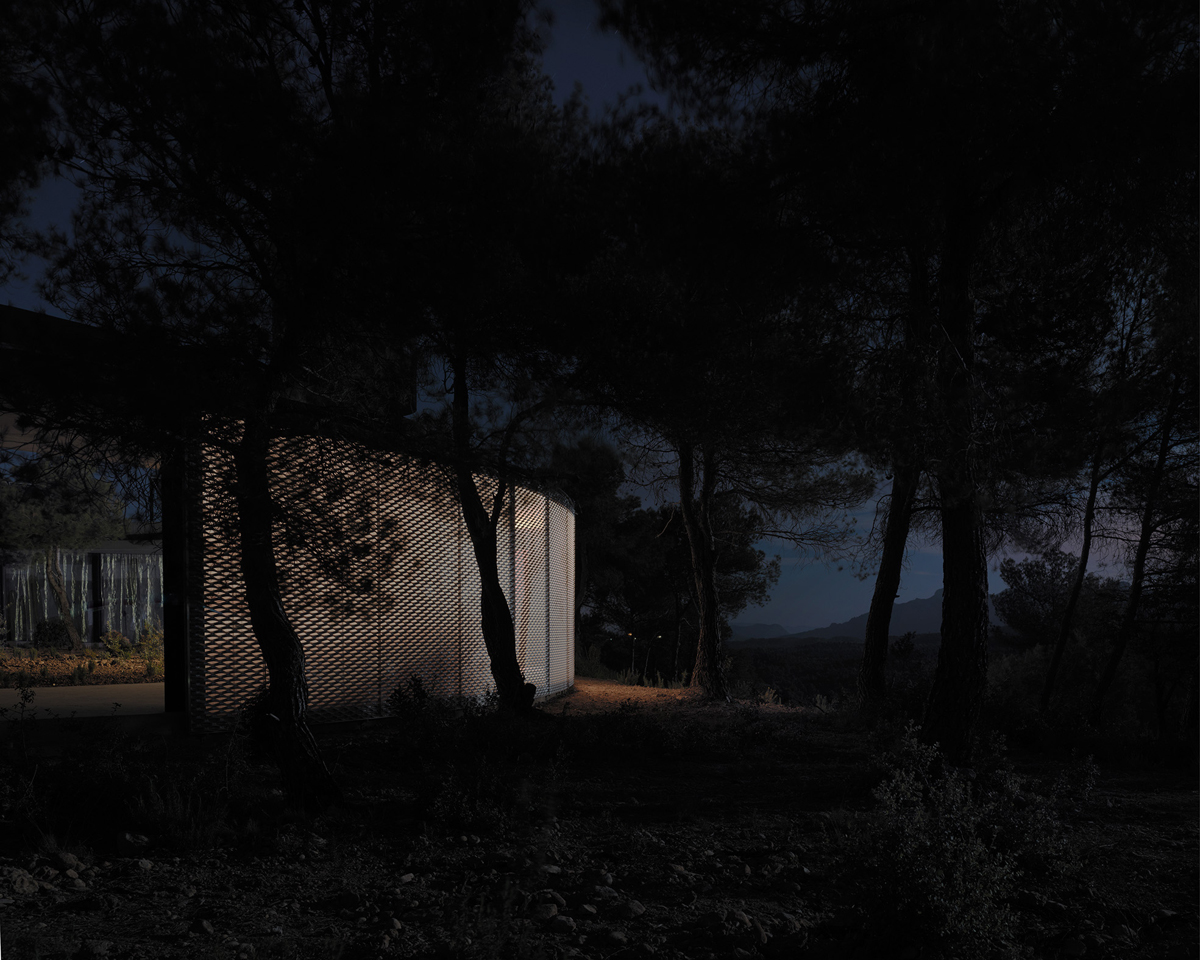 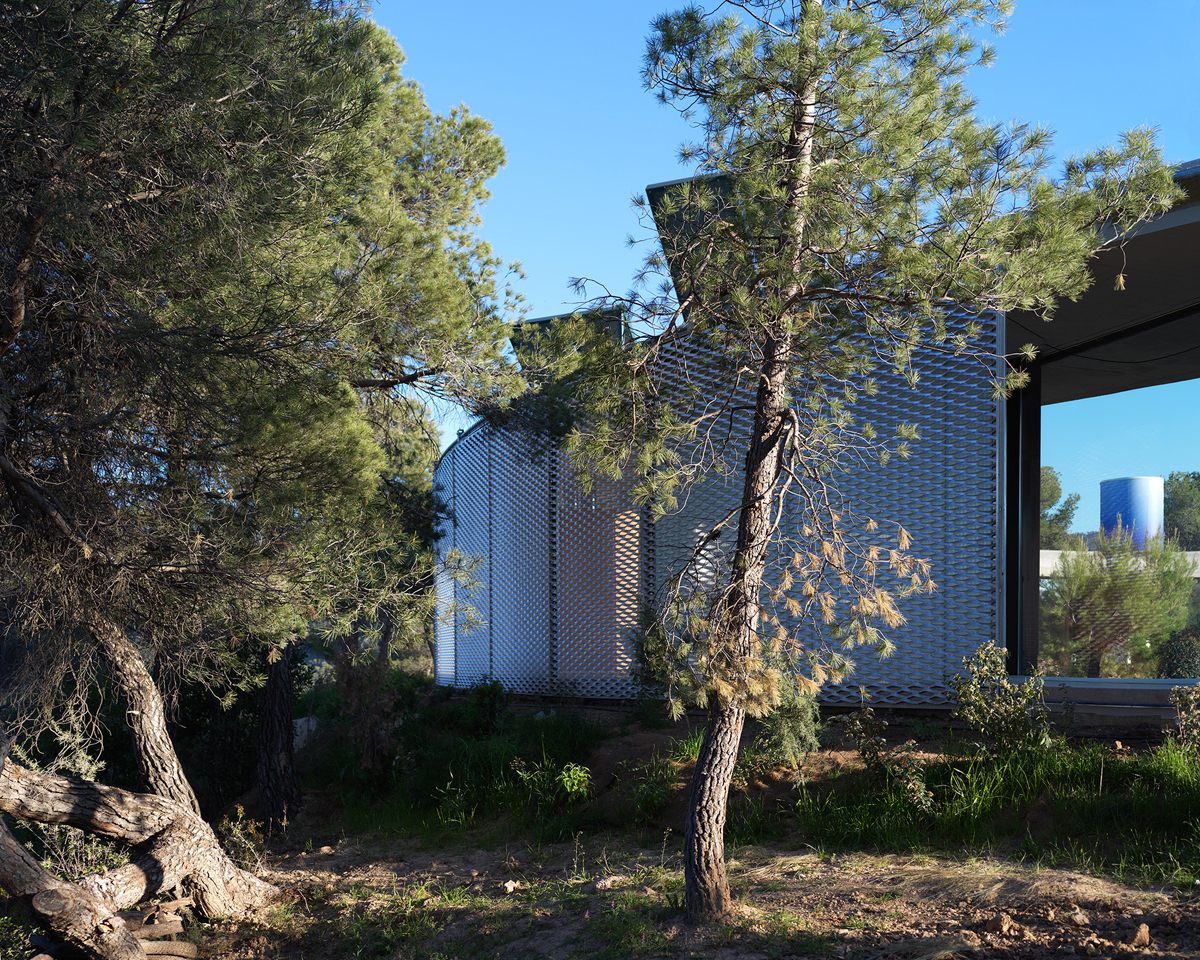 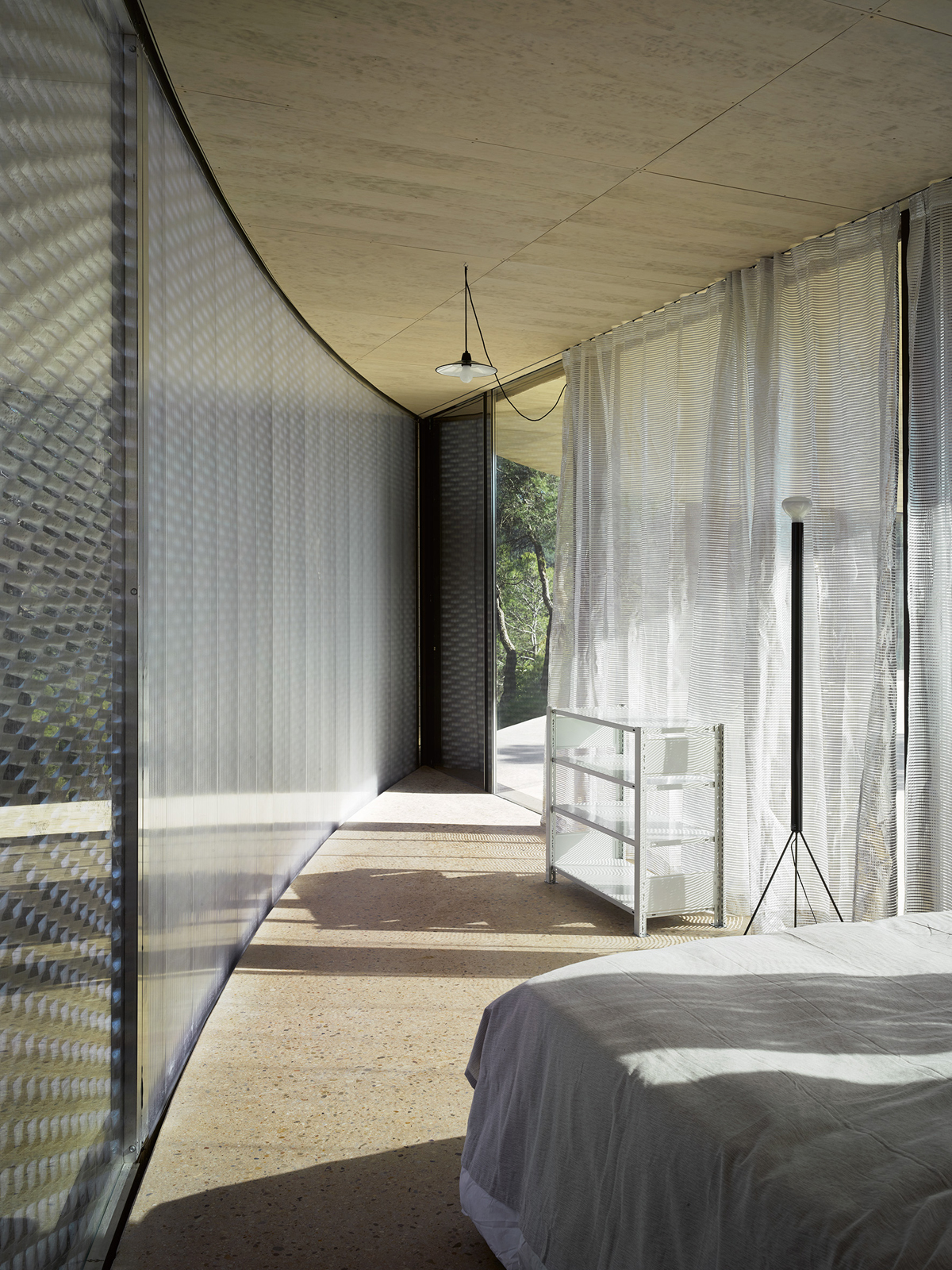 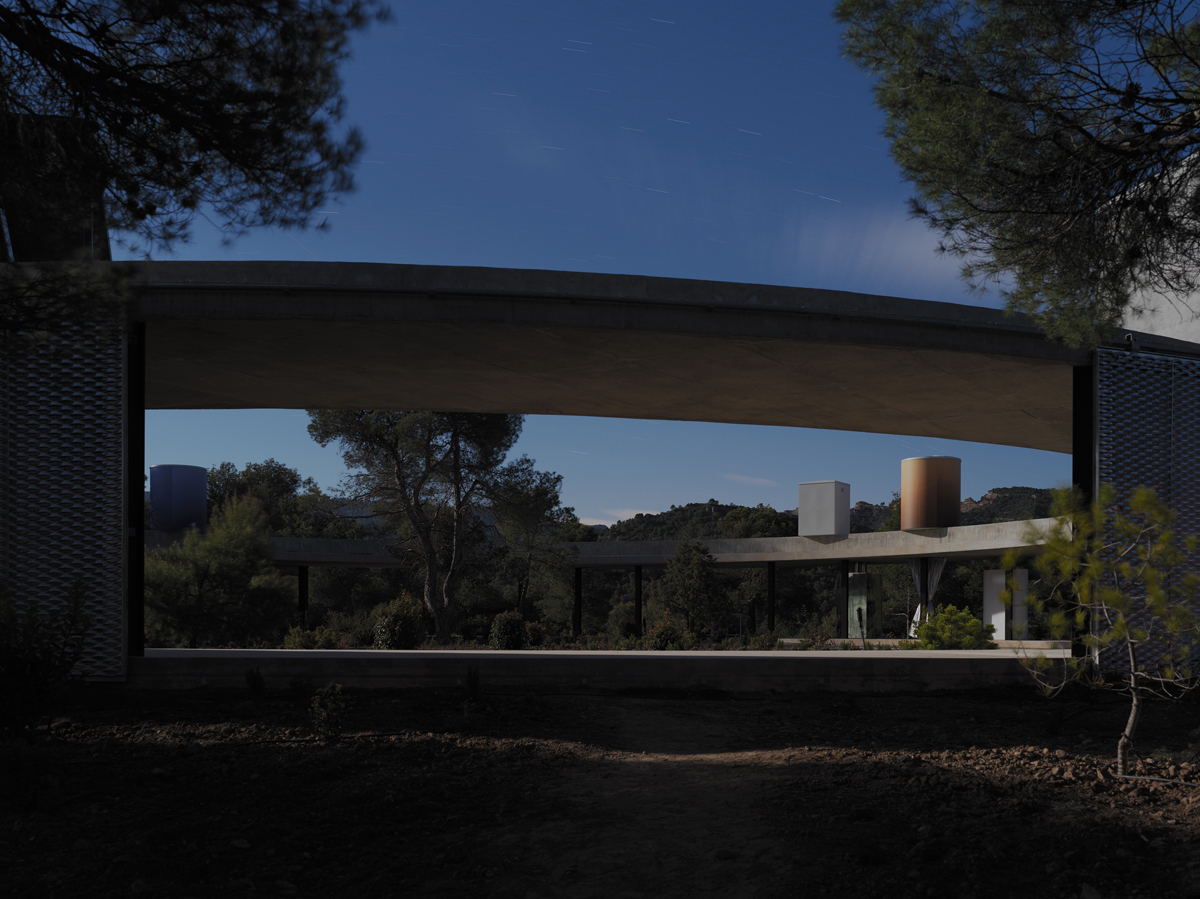 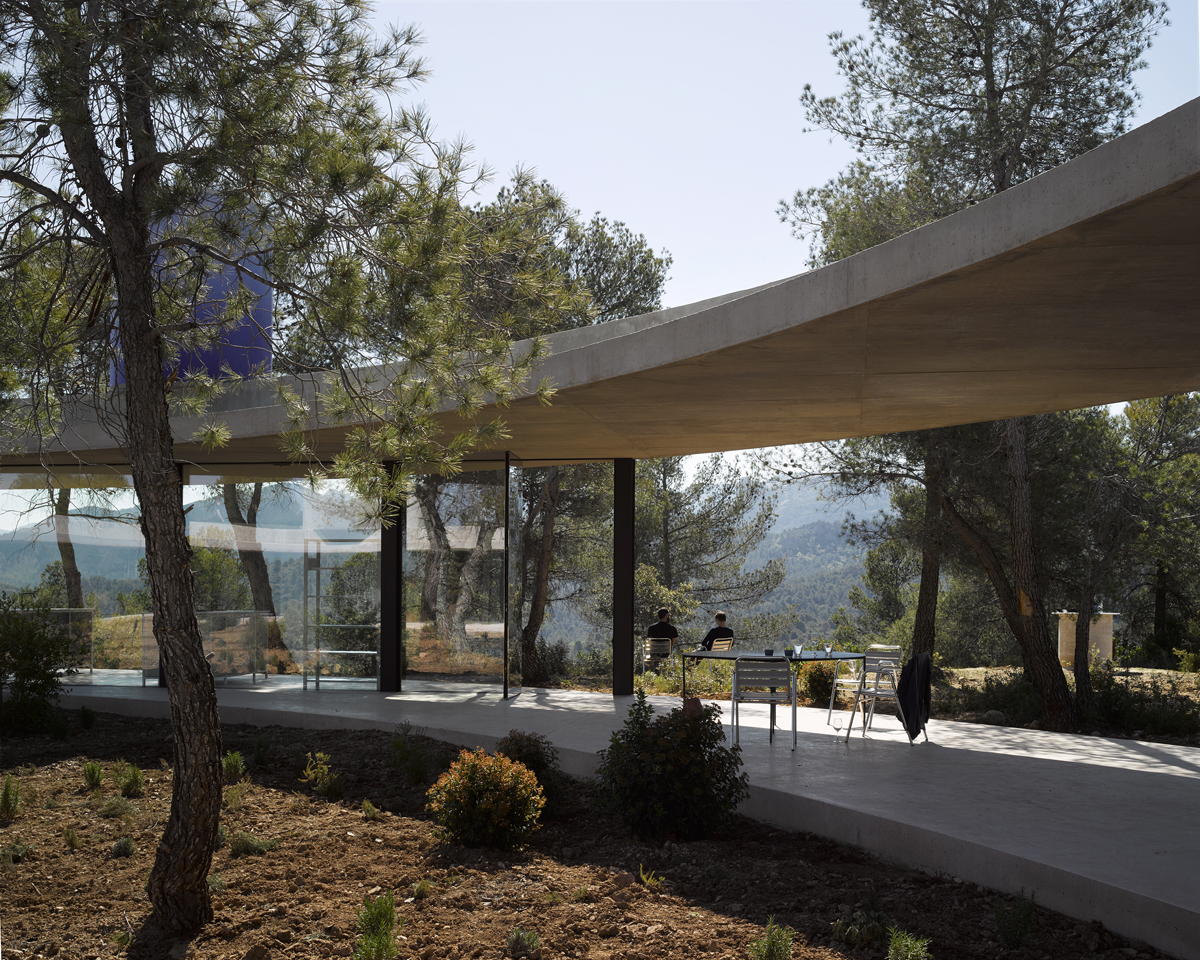 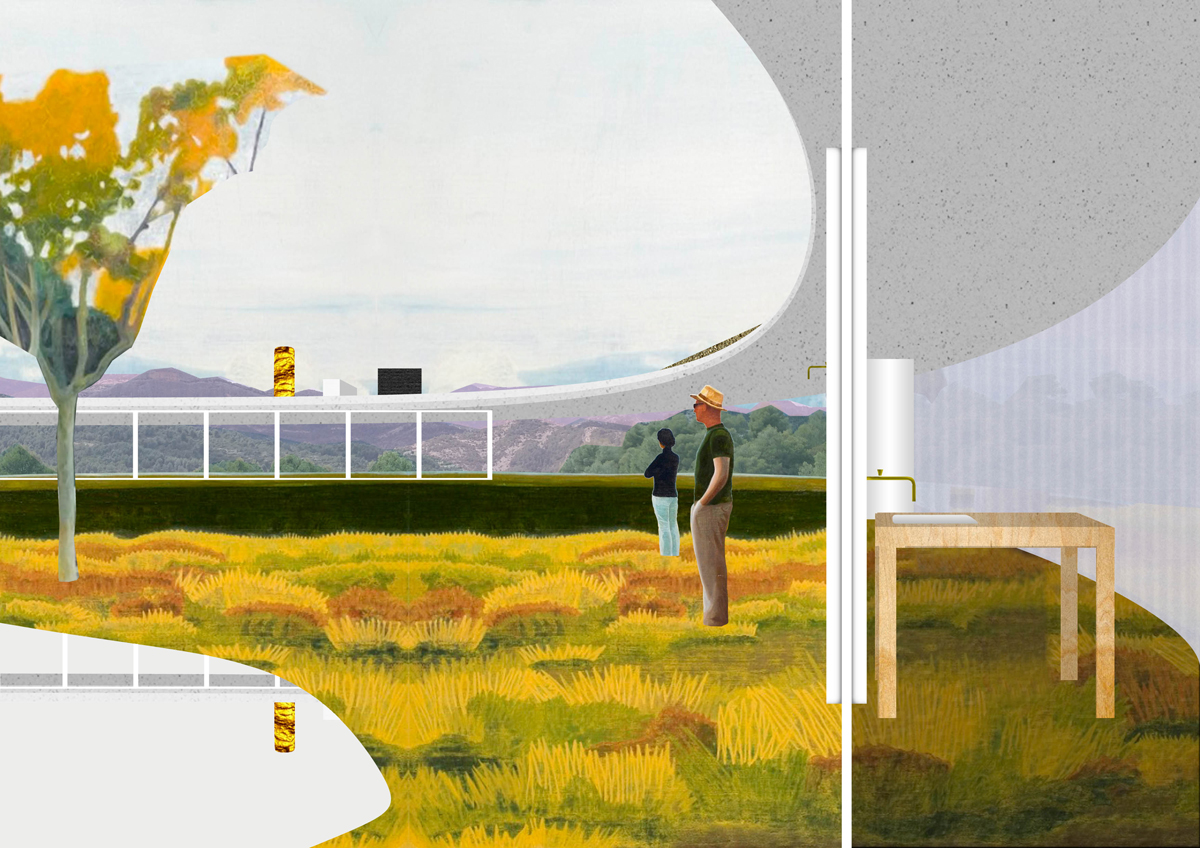 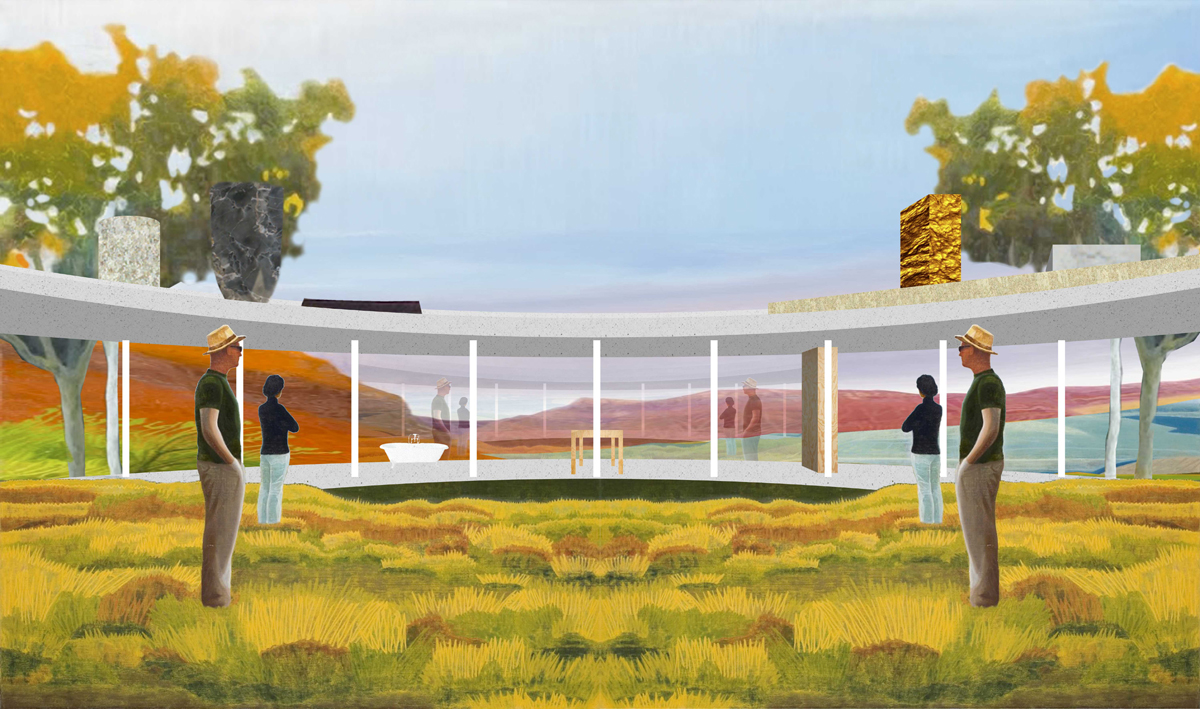 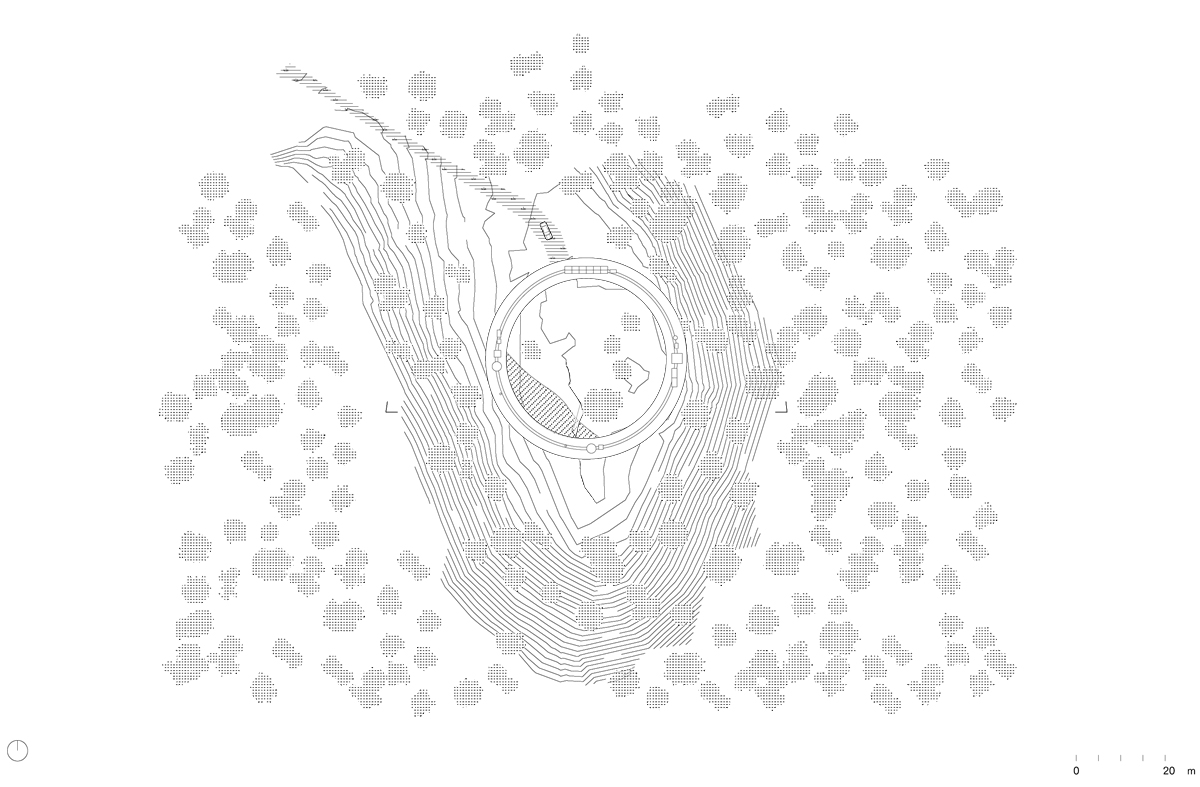 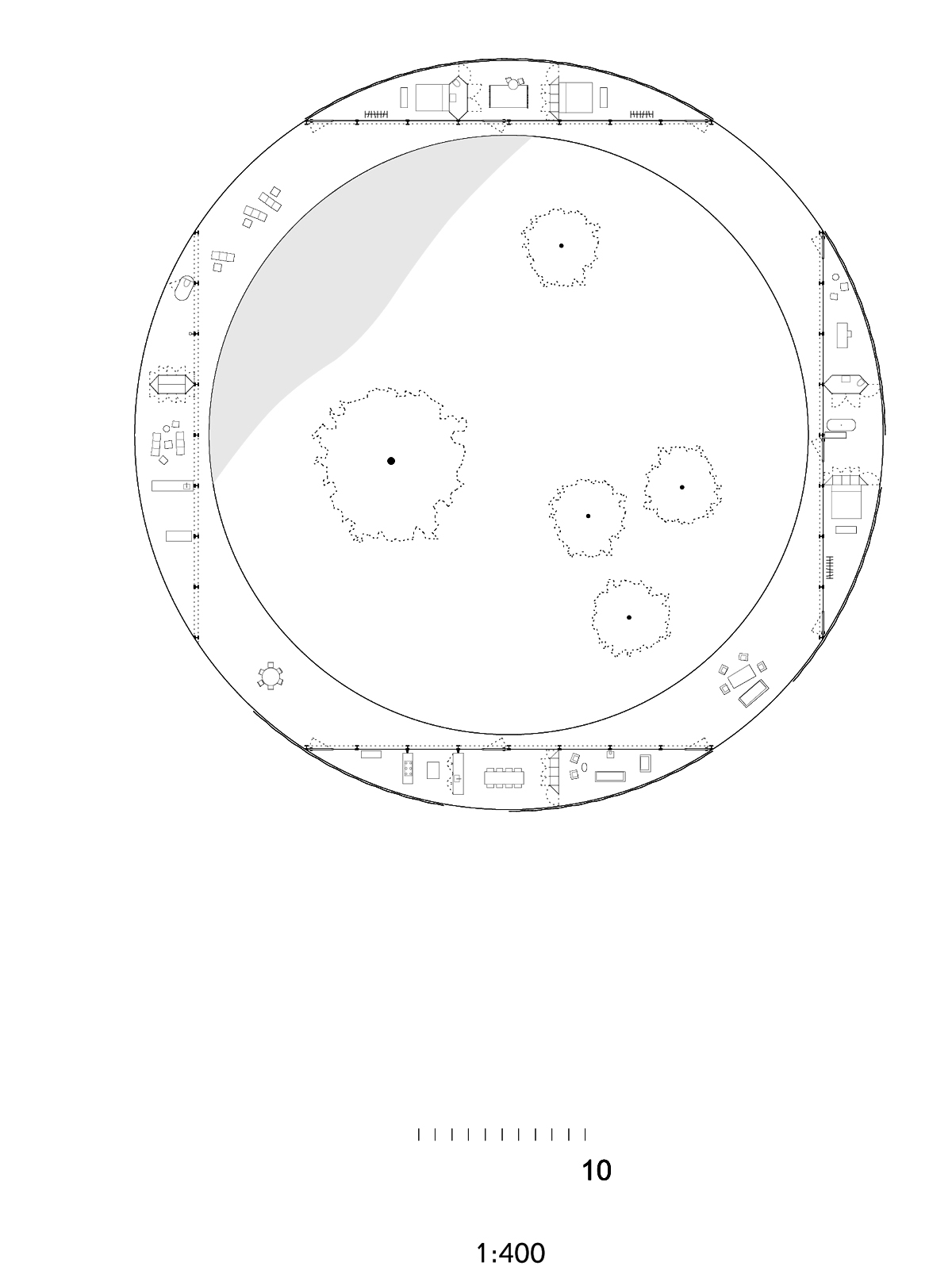 Project by invitation of Christian Bourdais