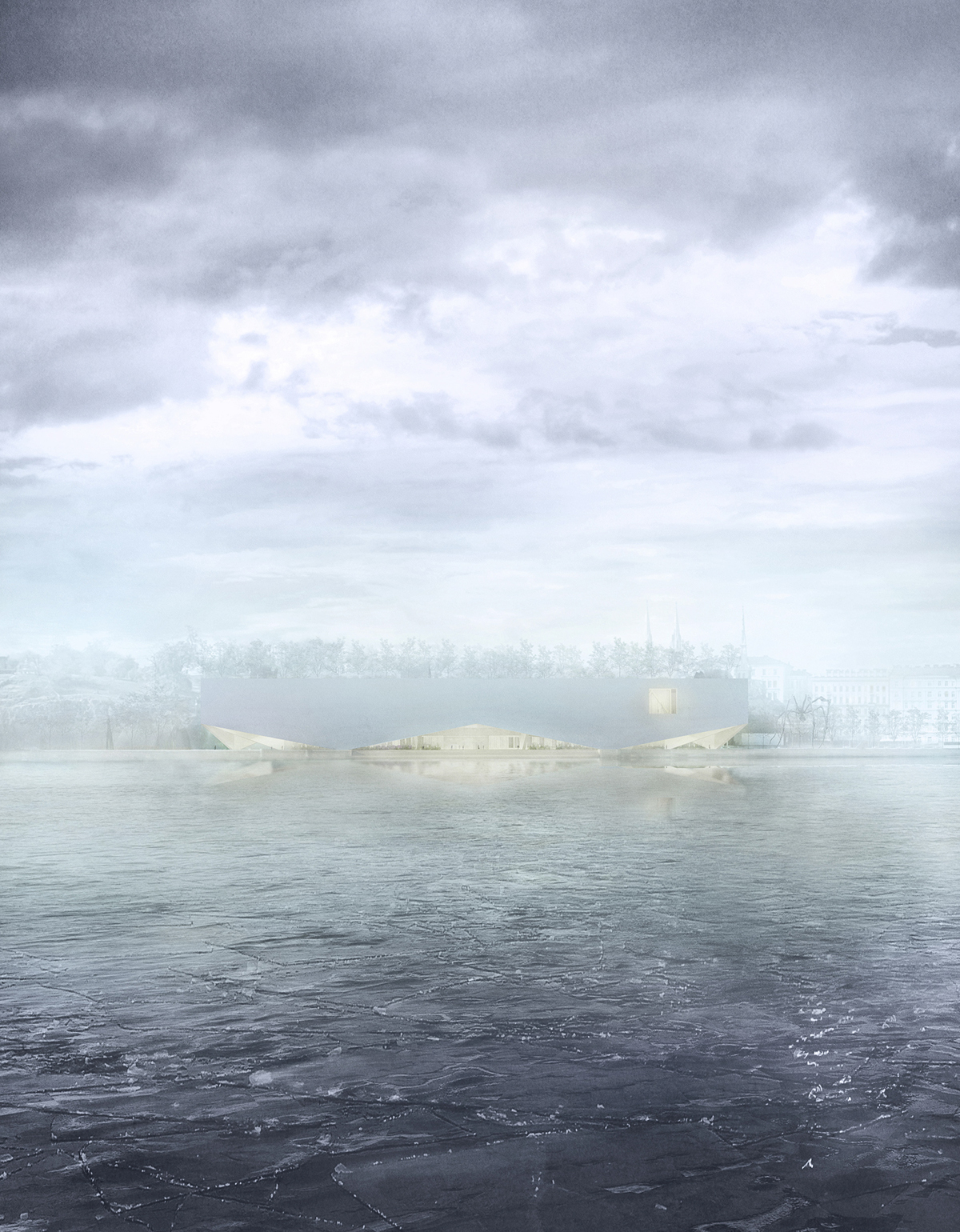 Knowledge has spread and the number of those who have access to it has grown significantly while their origin is more and more varied.

This has happened in ways and by means, which increasingly depend on the Web. The latter, in fact, has gradually replaced all those physical spaces and tools, which were traditionally dedicated to the gathering and conservation of knowledge.
However, while huge encyclopedia hardcopies are no longer the answer, a different old space has evolved and acquired new meanings and functions: the Museum.

The term “encyclopedia”– a legacy of the age of the Enlightenment – refers to a cultural model which aimed at being unfailingly complete and that, in doing so, reflected an “asymptotic” approach: It was soon understood that human knowledge cannot be gathered in one single place and, more importantly, that it cannot be presented once and for all because of its ineluctable, never-ending evolution. The encyclopedia has therefore always represented a goal. A final destination, which is impossible to reach, but for which, nevertheless, one never stops striving. An aspiration towards Infinity, a Utopia.

To the contrary, the new role assigned to museums as renovated “premises” of knowledge grounds its roots in the acknowledgement of their own limits, of their own partial and incomplete nature, constantly exposed to the evolution of culture. It treasures the idea that knowledge cannot be wholly grasped, but only extracted and enlightened one part at a time. It is today’s great challenge to make museums as close as possible to the dynamic dimension of knowledge.

With this aim, the project is composed of a wide empty space in the middle, contained by a loop, within which the flight serves as a dynamic element organising the flows which connect the city layer at zero height and the garden layer at height +22m.

The empty space, designed to host art exhibitions, becomes the utmost expression of flexibility where different needs can meet: that of the city to be shown and that of the observer to be at its centre, to act as a main character within it.

The result of this is a promiscuous – in the sense of non-discriminating – and yet controlled space where the only fixed element is the artwork, left to the observer’s personal experience and imagination. 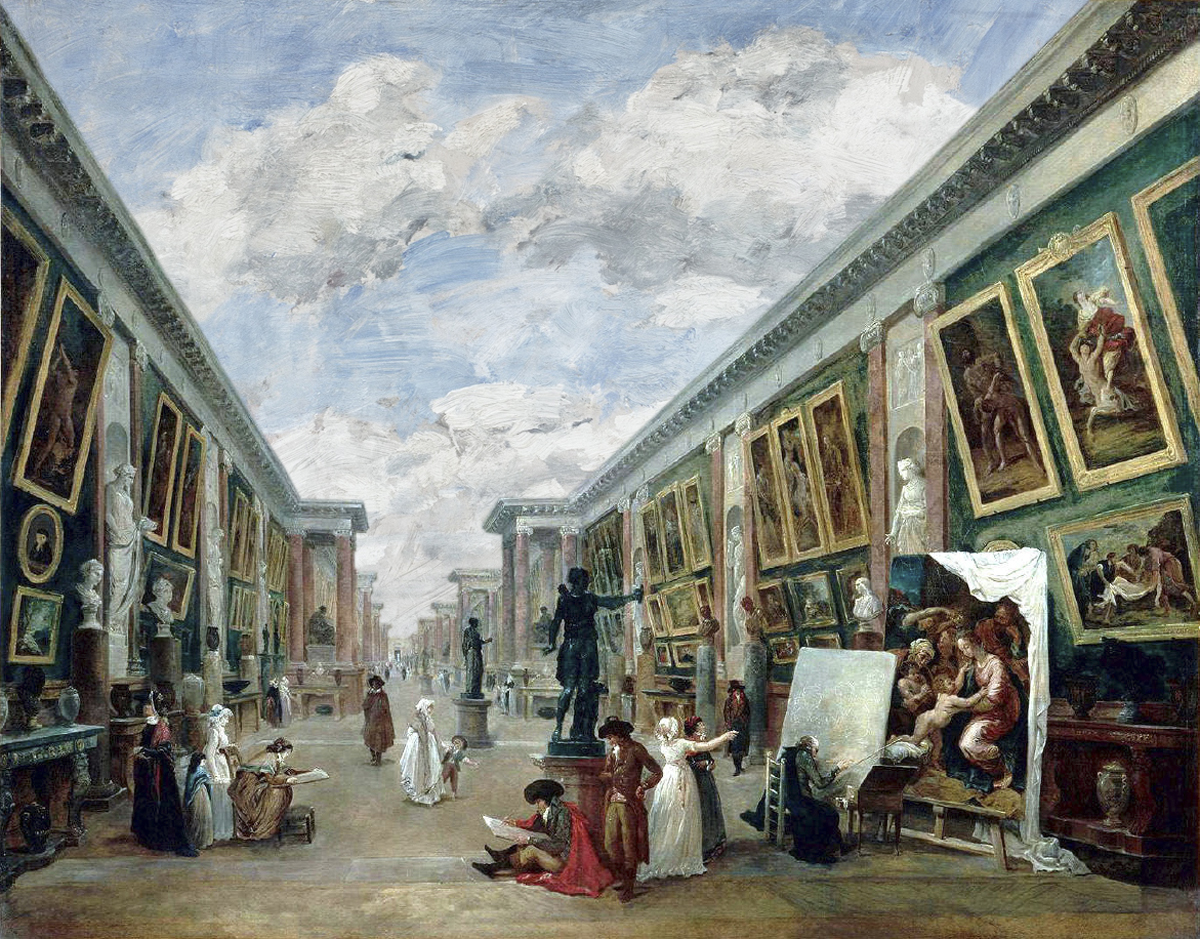 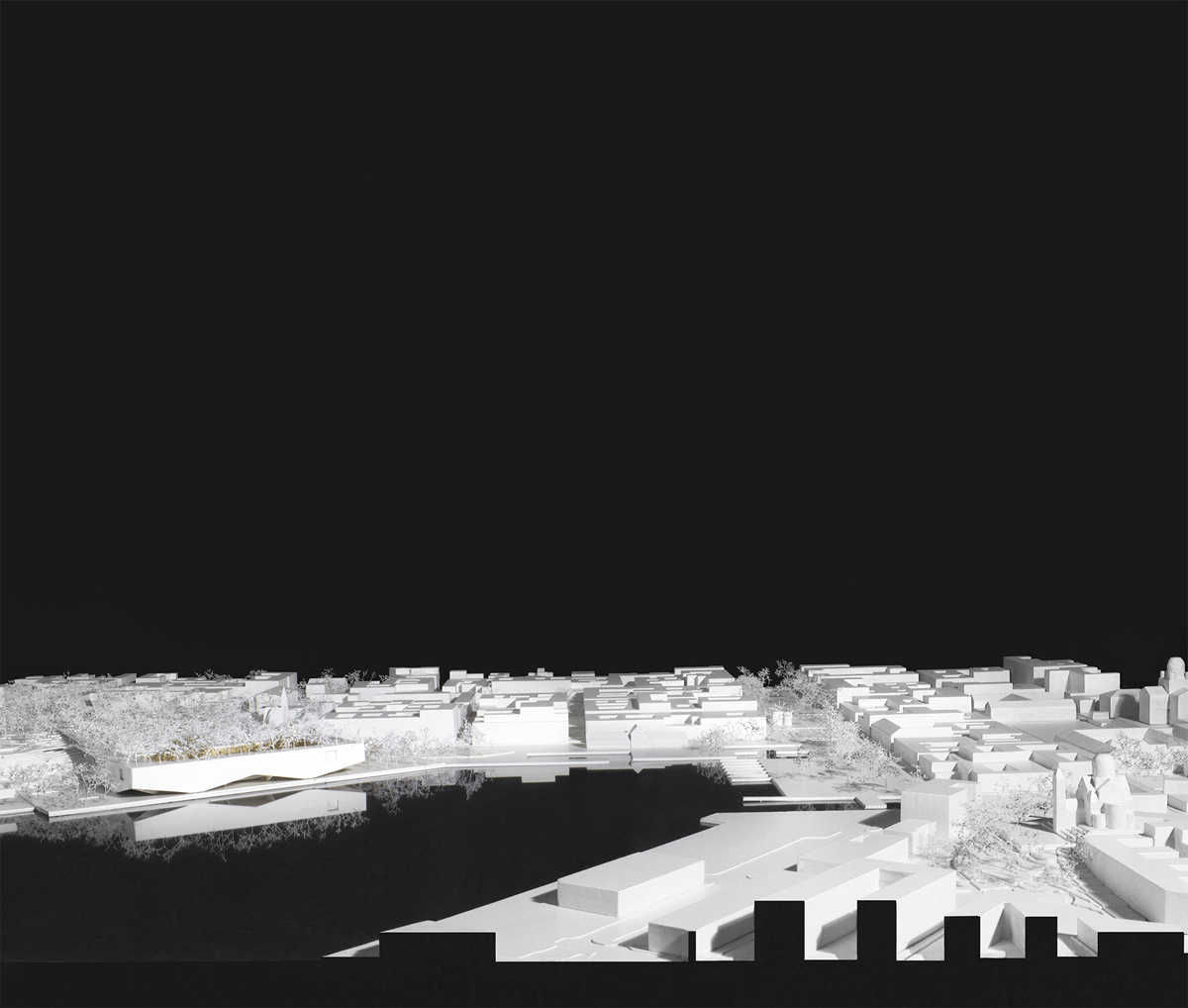 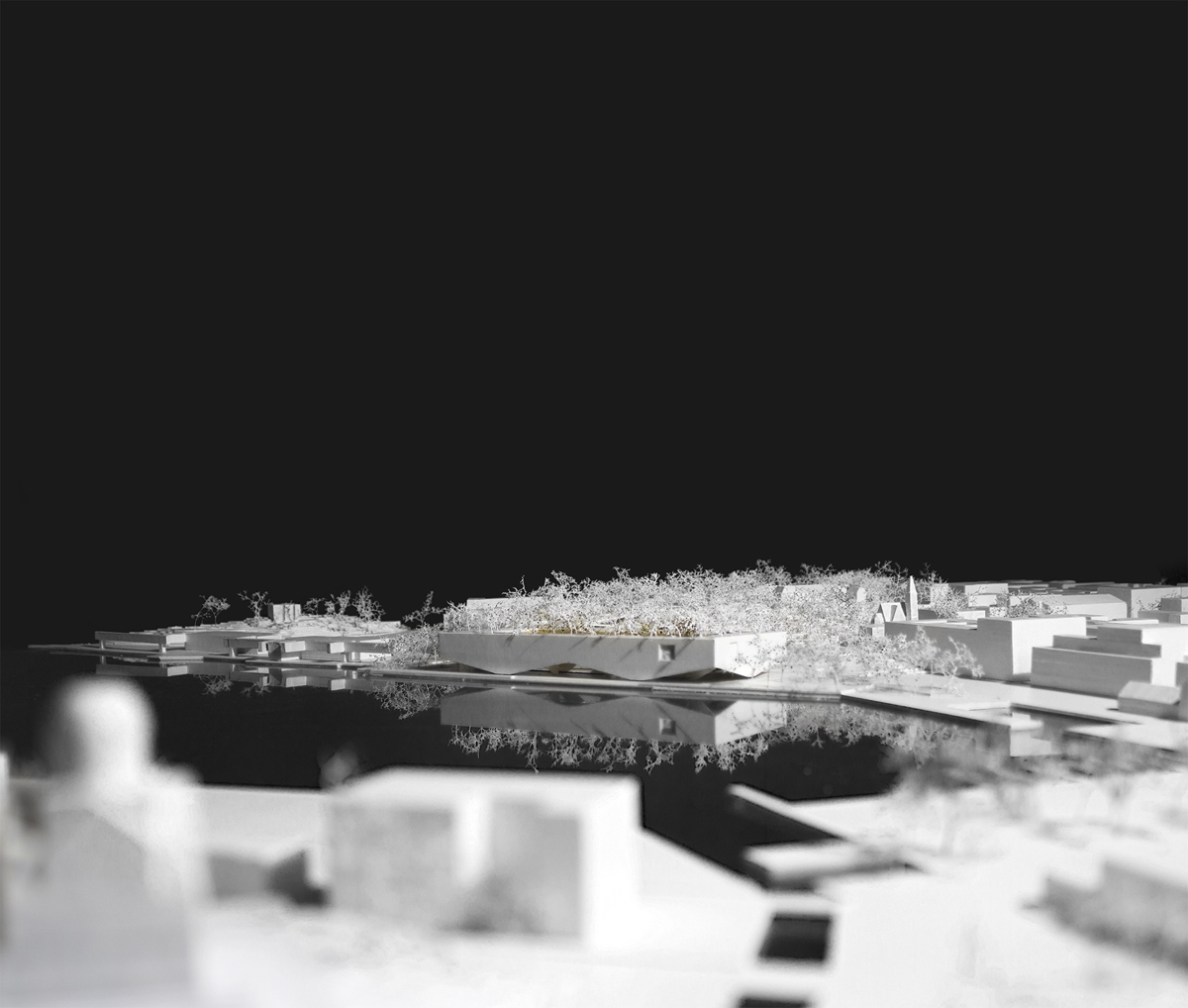 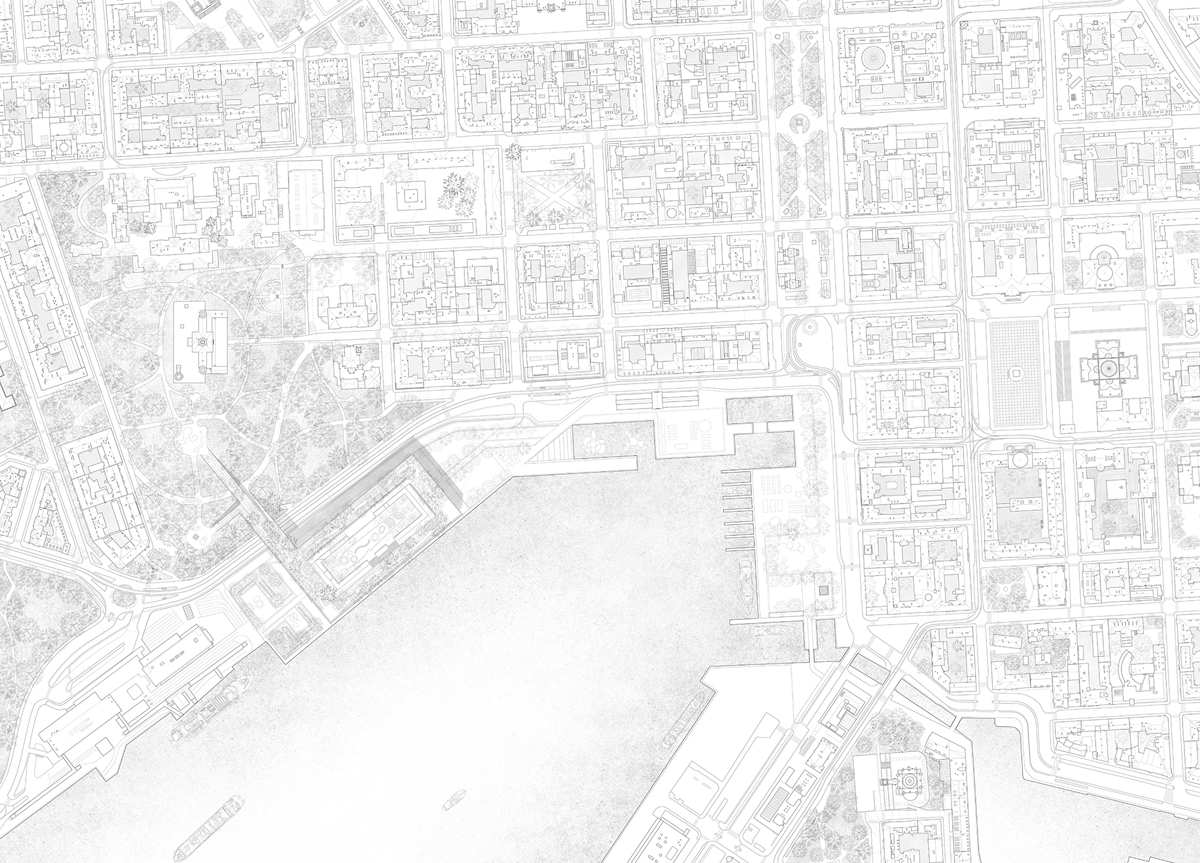 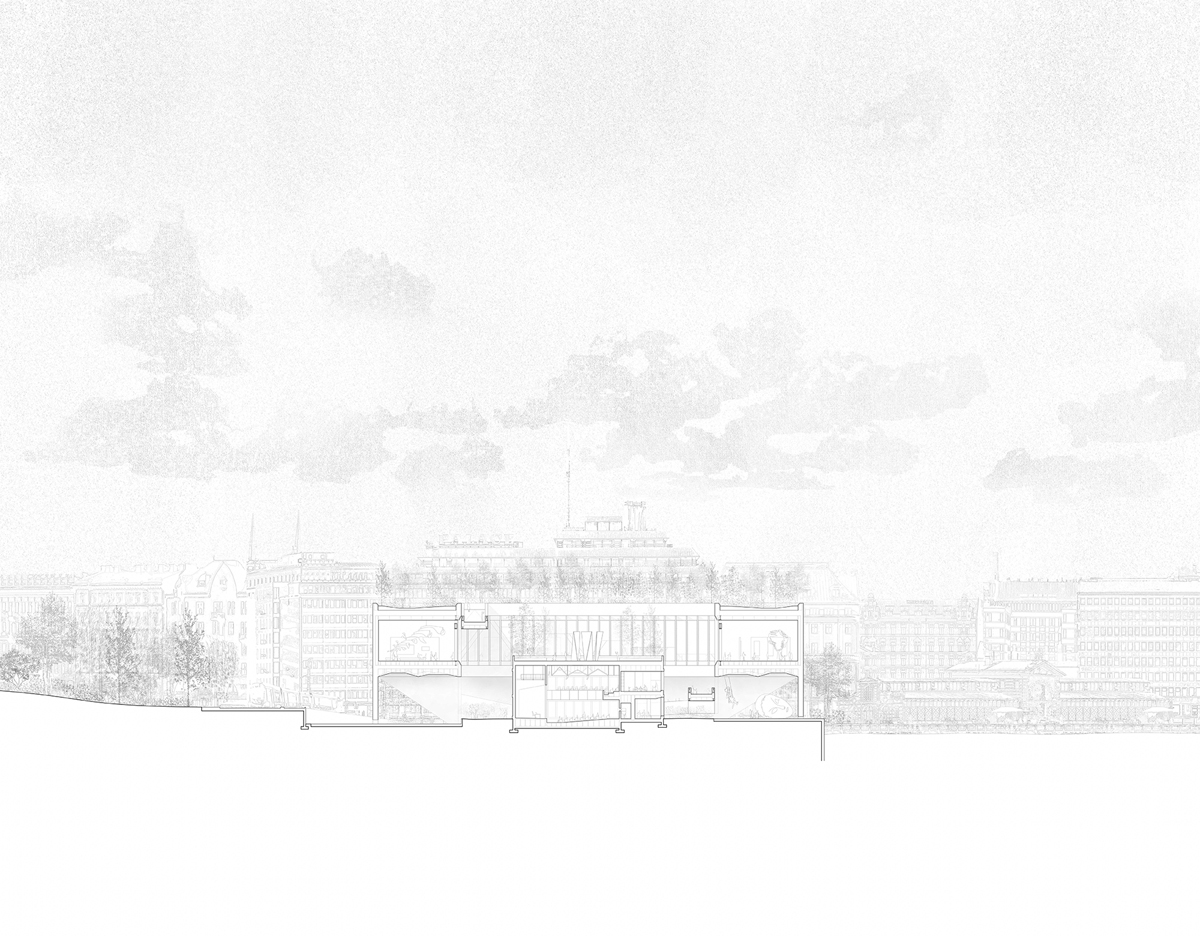 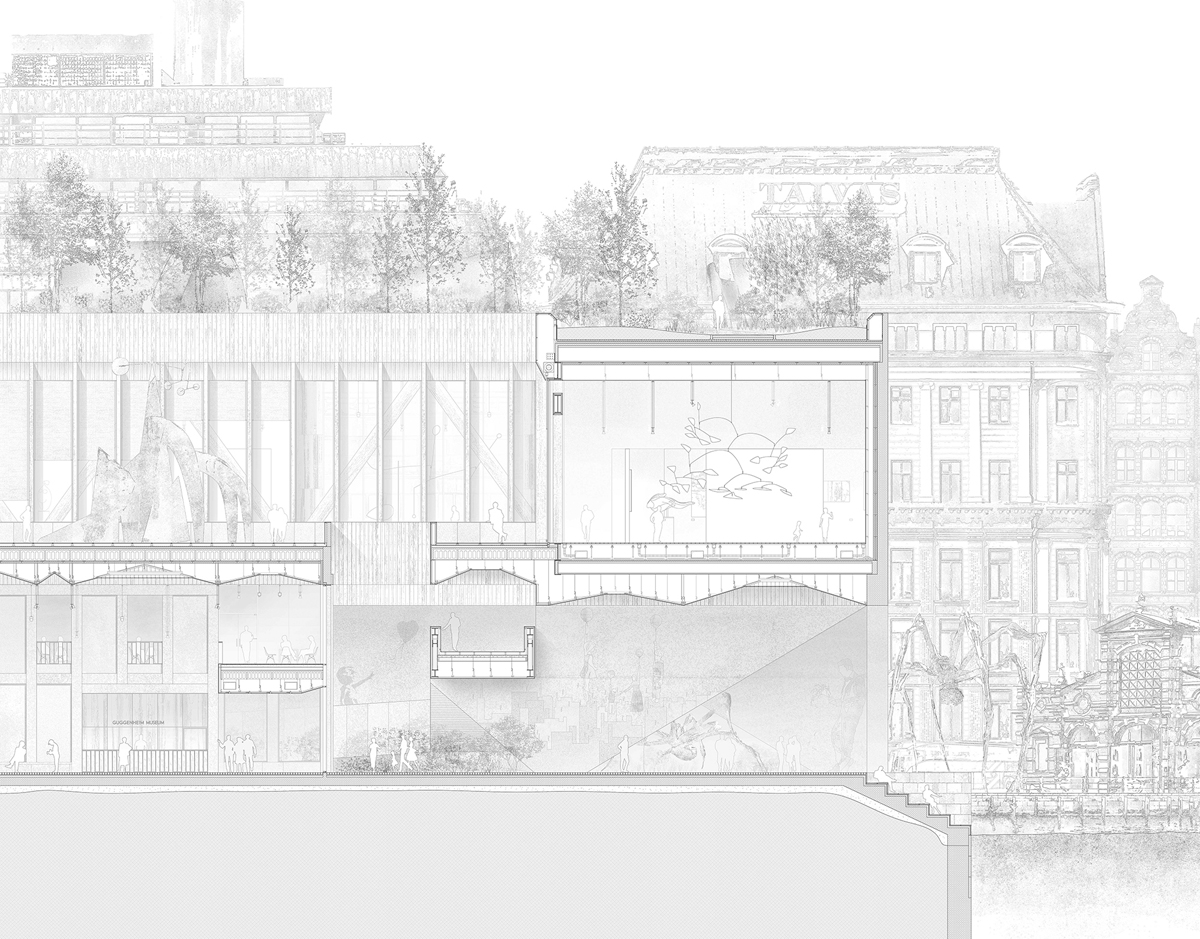 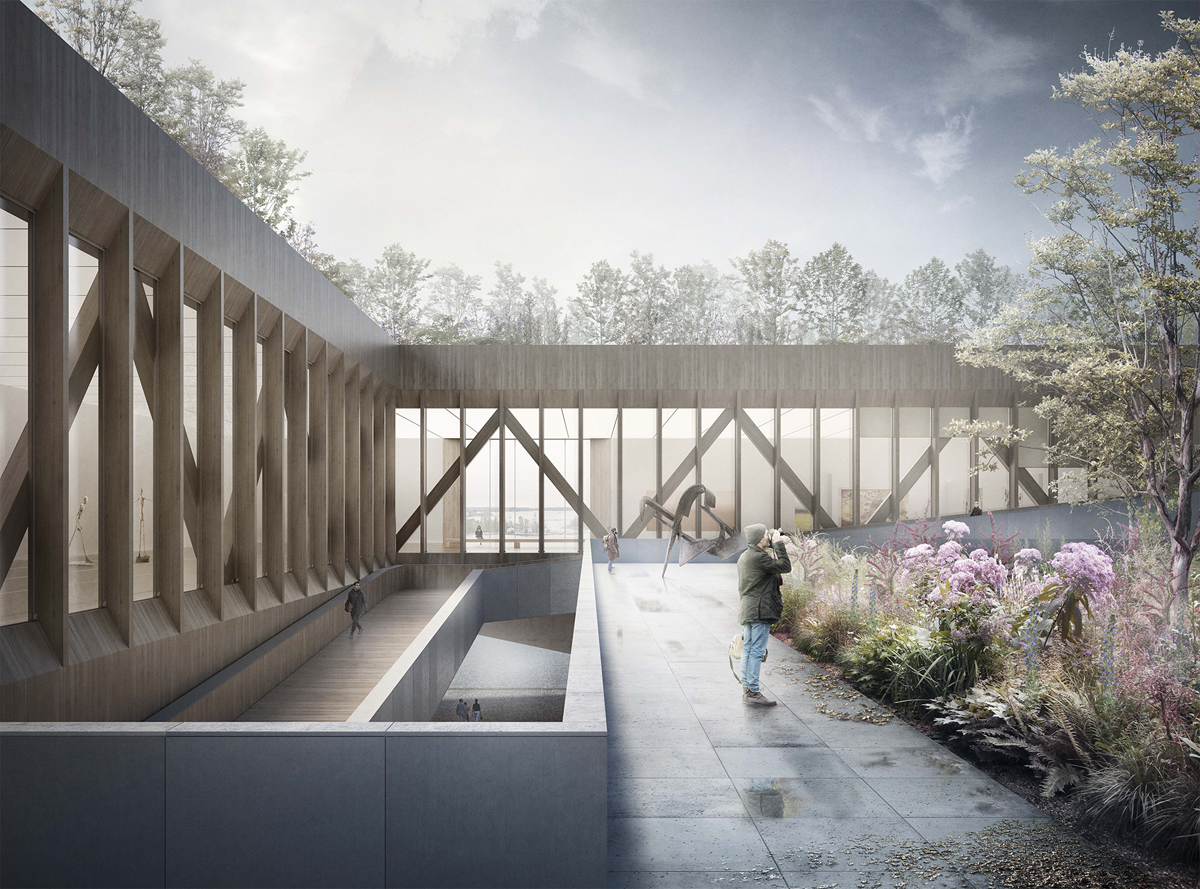 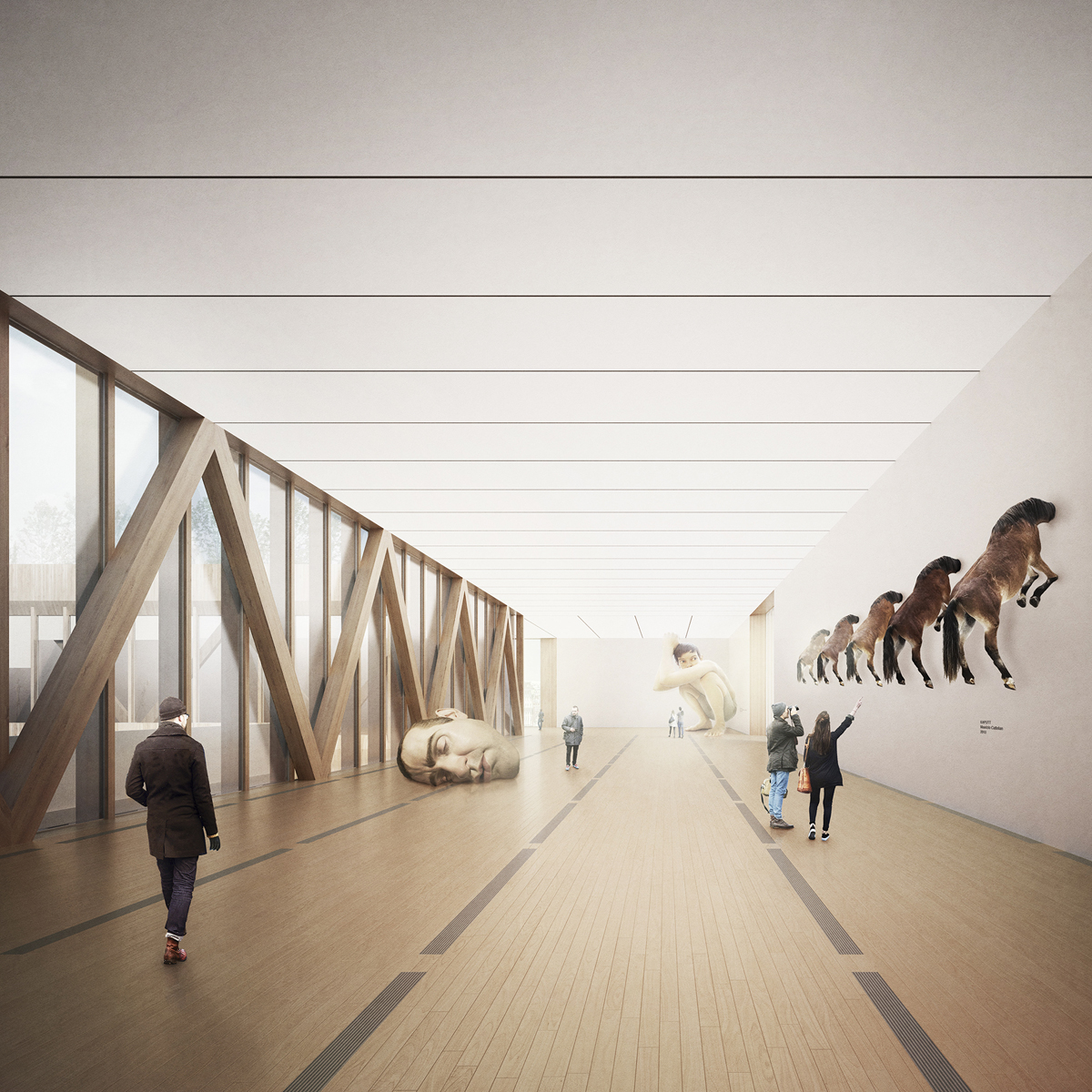 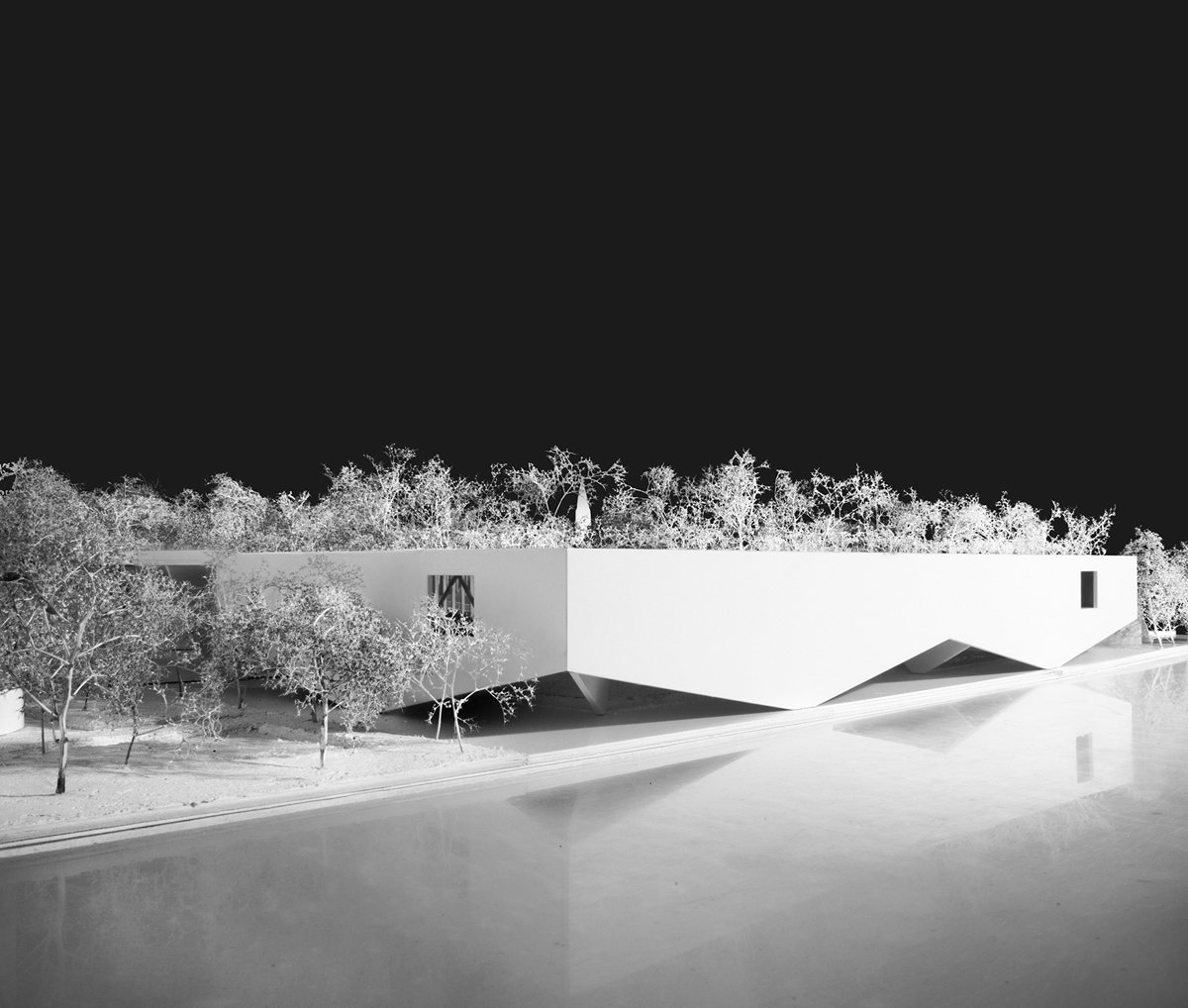 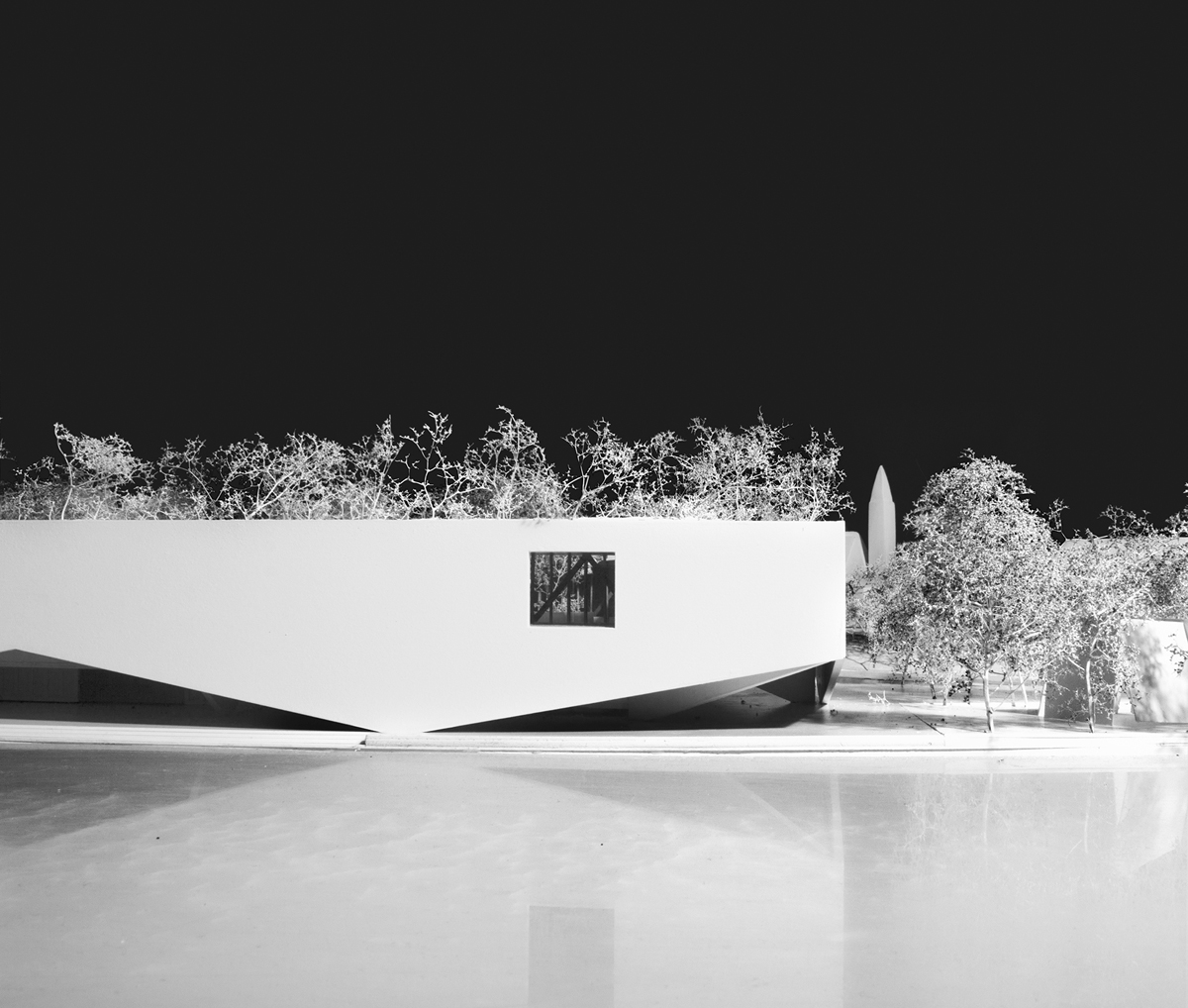