In a small village in the Uckermark, north of Berlin, a large barn has been converted into a country house with an additional independent apartment.

The barn was built 140 years ago in a mixed construction of brick masonry and timber. In it’s time, an ultramodern functional building. After the barn was sold and divided the system was structurally converted for two settler families, and cattle, into semi-detached homes.

One half has now been redesigned by architect Thomas Kröger for a young family, using the pre-existing language of the house and adapting it by it’s own means and rules in reinventing itself.

This former cowshed along with the barn is an extremely stable building with thick stone walls, small windows upstairs and a large wooden gate below. The inherent beauty of the crude truss and the spaciousness of the room were once again experienced only by the coring.

The centre of the house is a double height living room with fireplace. Three major new arched openings that can be closed by large wooden gates, open to expose the orchard, and green expanses beyond.

The house is designed so that the great hall is unheated and is surrounded by an enclosed and heated body of rooms. So for cold seasons only the smaller and more sociable areas of the house can be used, like birds’ nests.

Right next to the hall and slightly elevated is the living room and a free-standing kitchen. The dining area is topped by a wooden pyramid. Upstairs, above and surrounding the hall are three bedrooms, two bathrooms, two studies and a loggia is enclosed.

At the gable end the holiday apartment for guests is located. The apartment is accessed separately whilst additionally having a connection to the central hall. On the ground floor the living and dining area is located and on the first floor are two bedrooms and a bathroom.

A transformation also took place around the envelope of the building. The difference to the structure on the street side is barely readable. With the new openings down to the private garden, the representative gesture brings only the desired level of integration between indoor and outdoor space with them.

The entire building was upgraded and a considered approach to energy was made in this careful restoration. The walls of the heated rooms are insulated on the inside with a wall heating and clay plaster. All rooms keep the same surface qualities, whether heated or unheated. 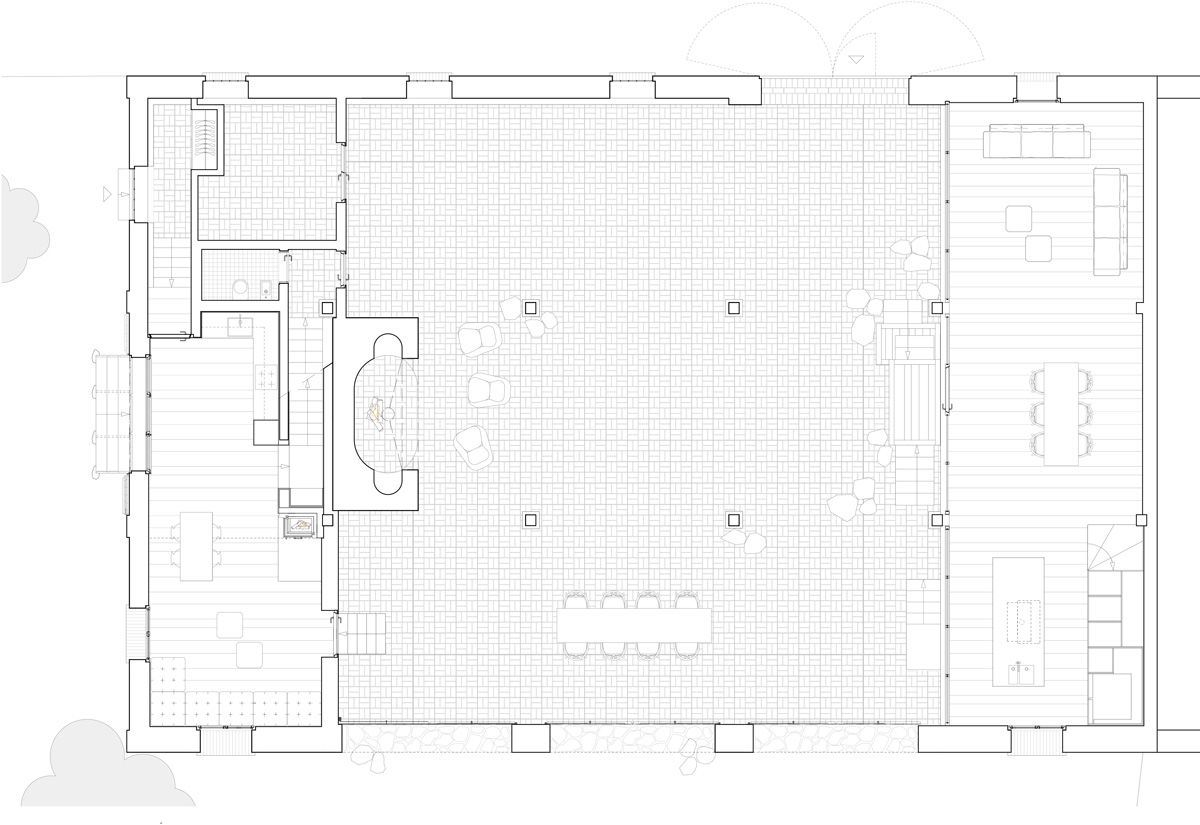 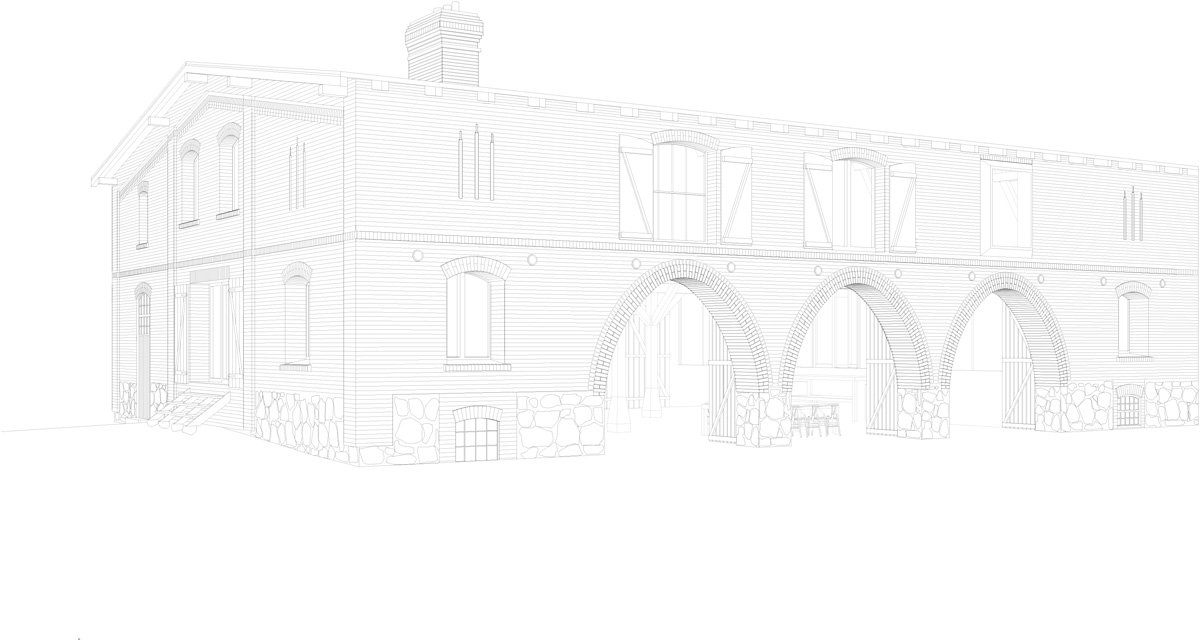 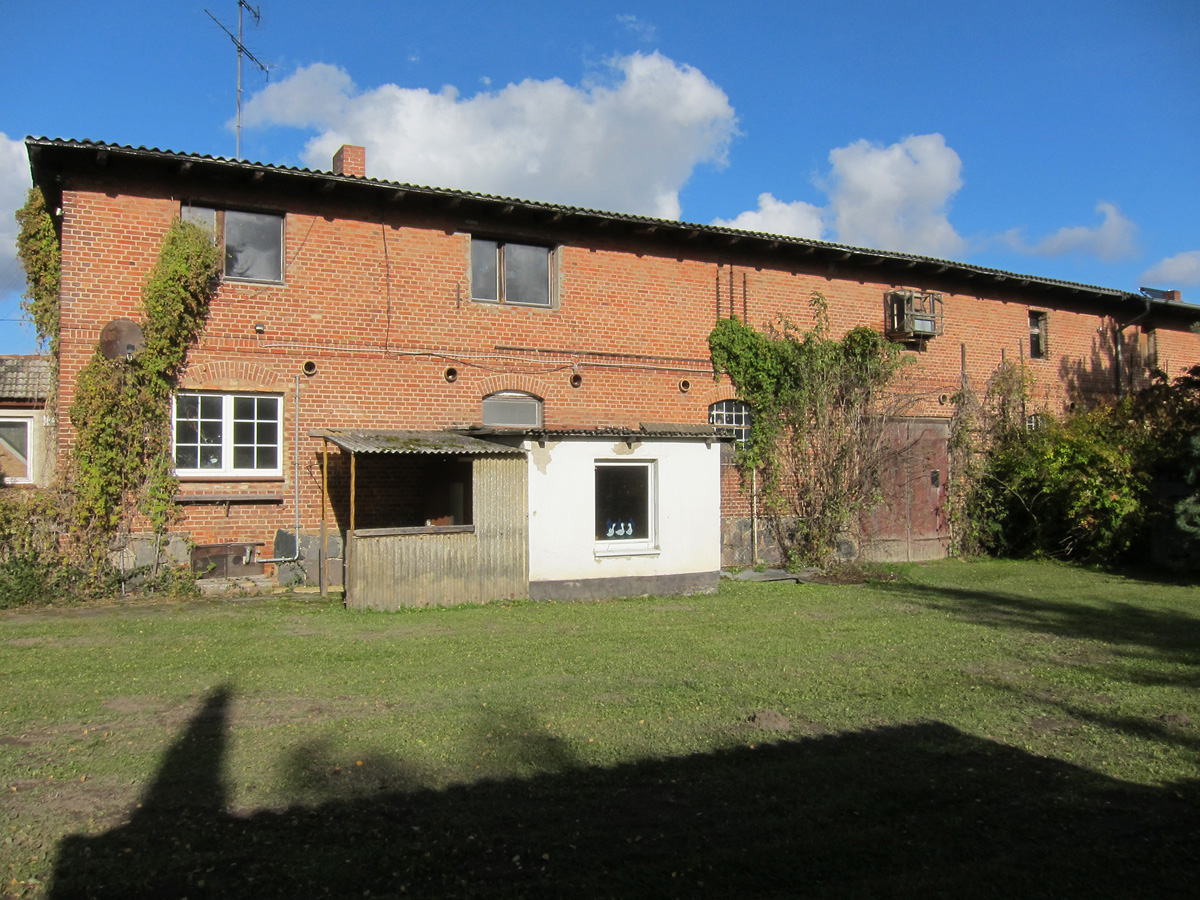 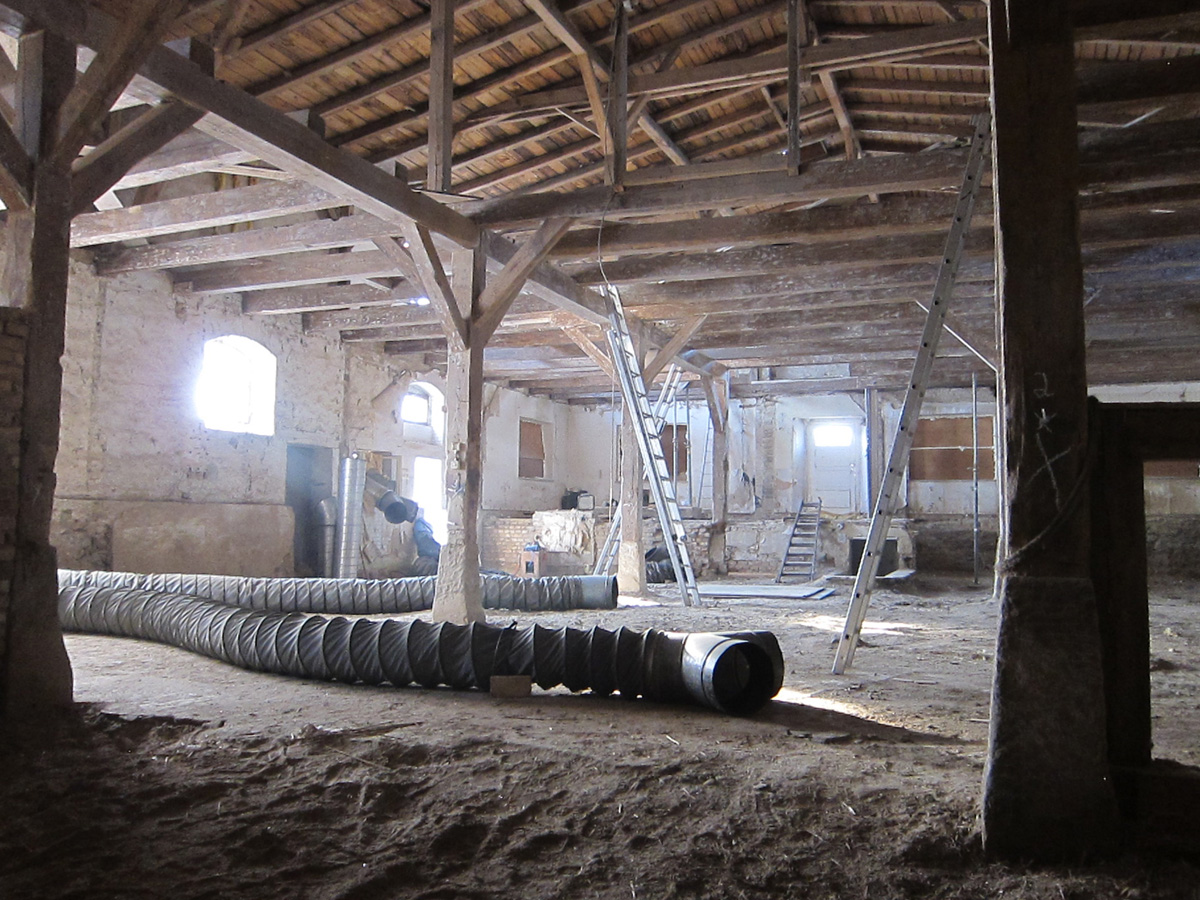