Programe
Somewhere along the line, an elected representative decreed that the car park, with its abandoned chassis, would be turned not into a dance school as planned, but into a futsal arena for indoor football. A competition ensued, with a slightly ambiguous agenda: the futsal arena looked like it might mutate into a large multi-purpose sports hall during the course of the studies.
We wanted this facility to forge a link between the city and the river, between the artificial and the natural environment. We strove to place it perpendicular to the bank and the street… The competition was won on a rather ambiguous point, proposing to supplement the programme with another pitch on the roof of the futsal arena, precluding any attempts to modify the programme and its implementation.

Meanders
To create our desired link, we worked on a sectional basis and created a sunken part of the structure, to get as close as we could to the nearest flood defences. The ground floor thus runs alongside the bank of the Paillon, a river of pebbles with meanders exposed on its dried-out bed.
The river infrastructure, with the raw forms of its embankments, enters into dialogue with the project.
On the pitch, we escape the city – we are on the river bed. The project can boast of being the only public facility in Nice to have a real relationship with the river. We nevertheless enter at street level, via the mezzanine.
From the forecourt on the boulevard, through the glass façade, we see the players below, who, in their own way, are participating in the life of the neighbourhood, in the new intensity of this place that was just waiting for something…

Transversality
In the dense city, the East / West orientated roads frame the wooded slopes of the hills.
Nice is a place caught between minerality and nature.
Yet, in the valleys, the urban ‘corridor’ running alongside the roads masks our view of the nearby landscape. The futsal arena, anchored perpendicular to the river and street, endorses and illustrates the need to be able to look from the street to the river and from the river to the hills.

Resonance
In the distance, the highway overpasses blithely cross the valleys, their columns adapting to the steep slopes.
On the roof, a concrete peristyle defines and covers the outdoor pitch, in conversation with the surrounding hills.
The cast structure of this small temple to sport echoes the overpasses, placing the young players of l’Ariane into a dialogue with their land and sky.

Framing the action
The concrete, which comes from the nearby plant, has been cast to embrace the strong summer sun and low winter rays.
Smooth outside and hatched inside, it forms the dramaturgy for this facility that now stands in the neighbourhood.
The prestressed beams turn to form posts, framing the action in a strong rhythm…
Hard, but soft at the same time, they are designed to look strong but welcoming to all those who will enjoy a kick-about with one eye on the pebbles and rushes of the riparian forest.

Substance and stone
Born of the soil and the silt carried down from the mountain, the concrete aspires to soon become stone, cementing its place in the landscape.
A substance derived from the grit of the Paillon, its genetic fingerprint inseparable from the riverbed.

Narration
«…They play facing the river, which has finally been rediscovered. The water flows slowly. The children’s cries echo from the arena. The street sleeps in the sun. Hands brush furtively in the backlight. A cat runs along the great wall. It’s summer in l’Ariane…» 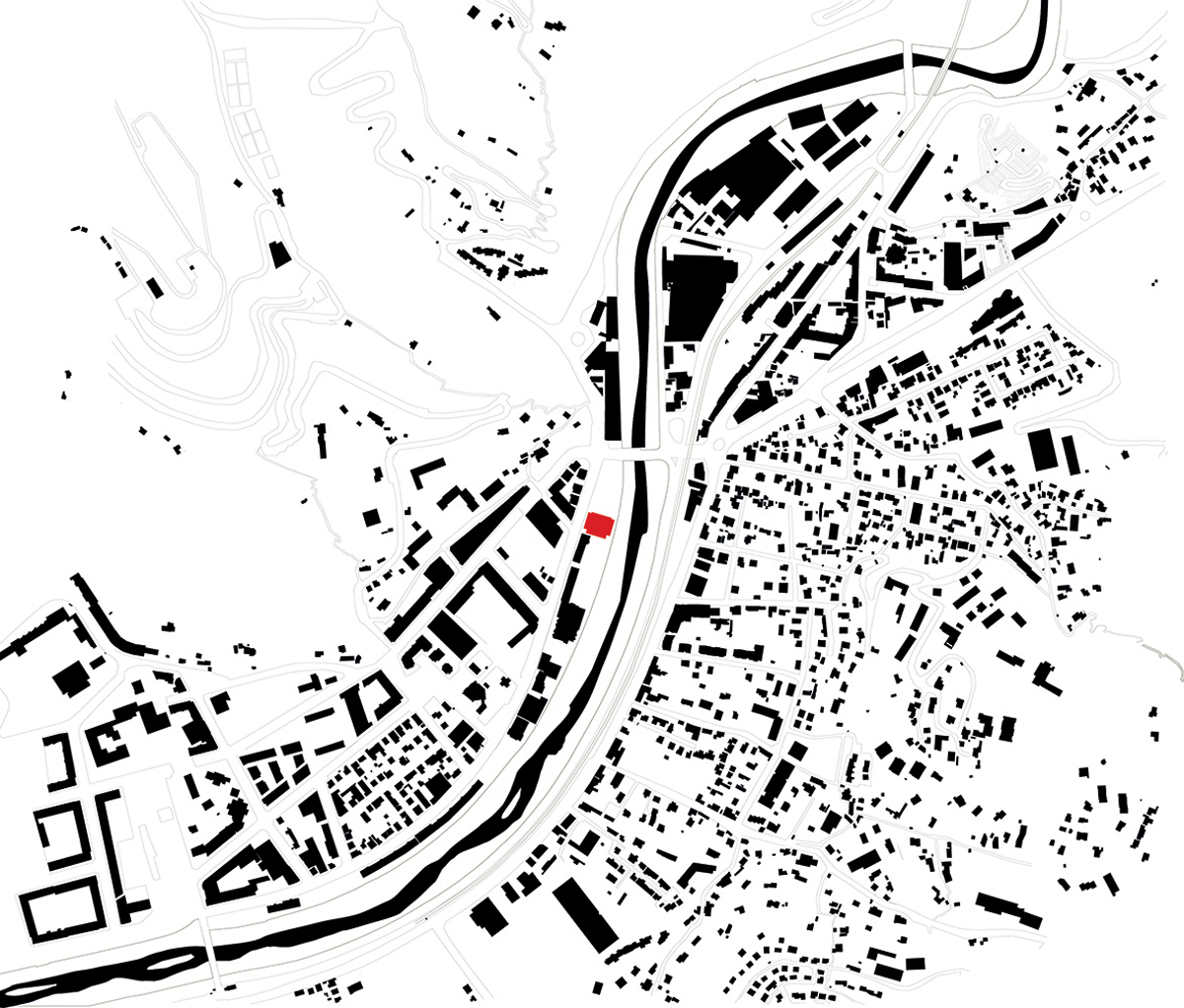 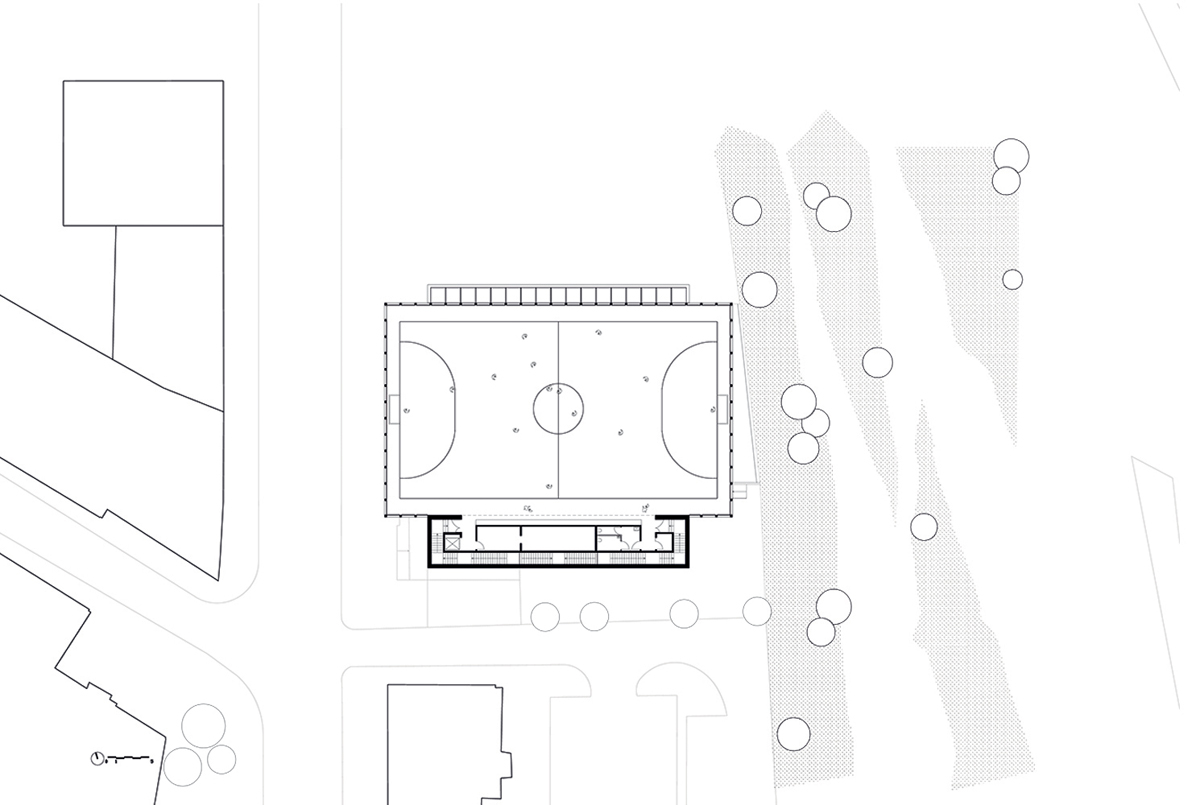 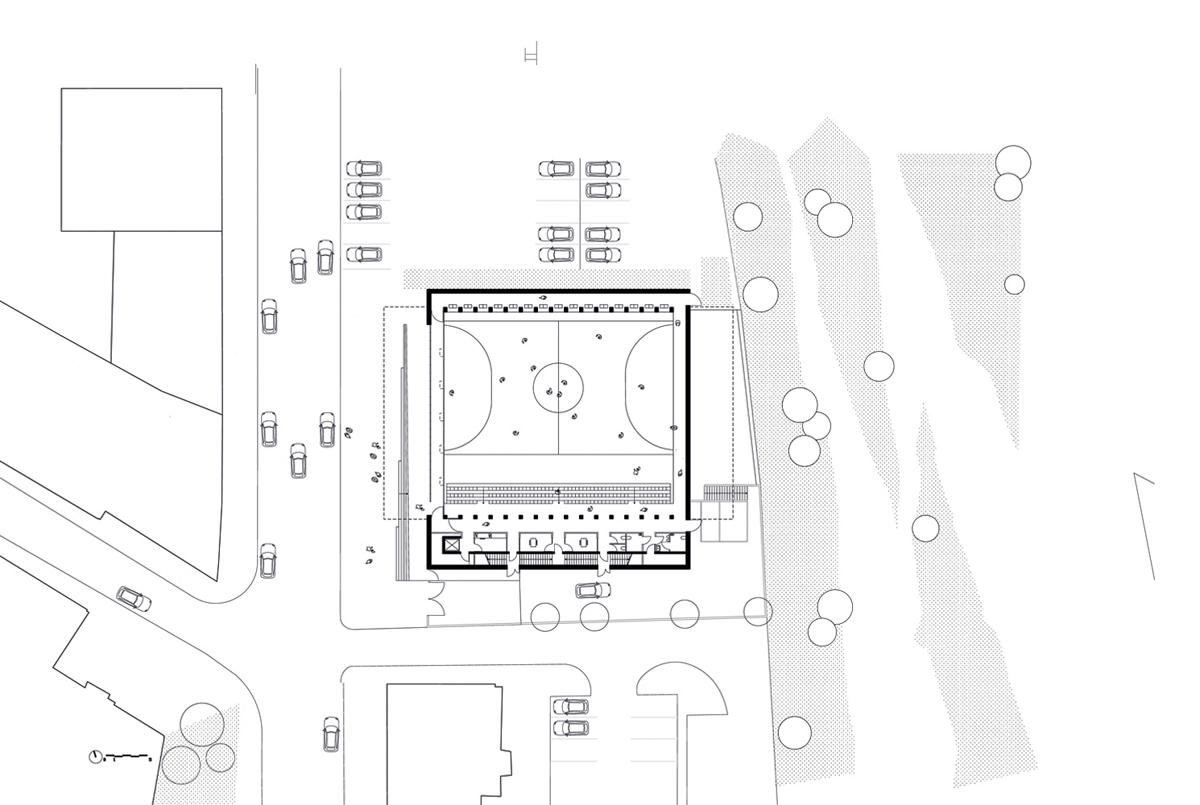 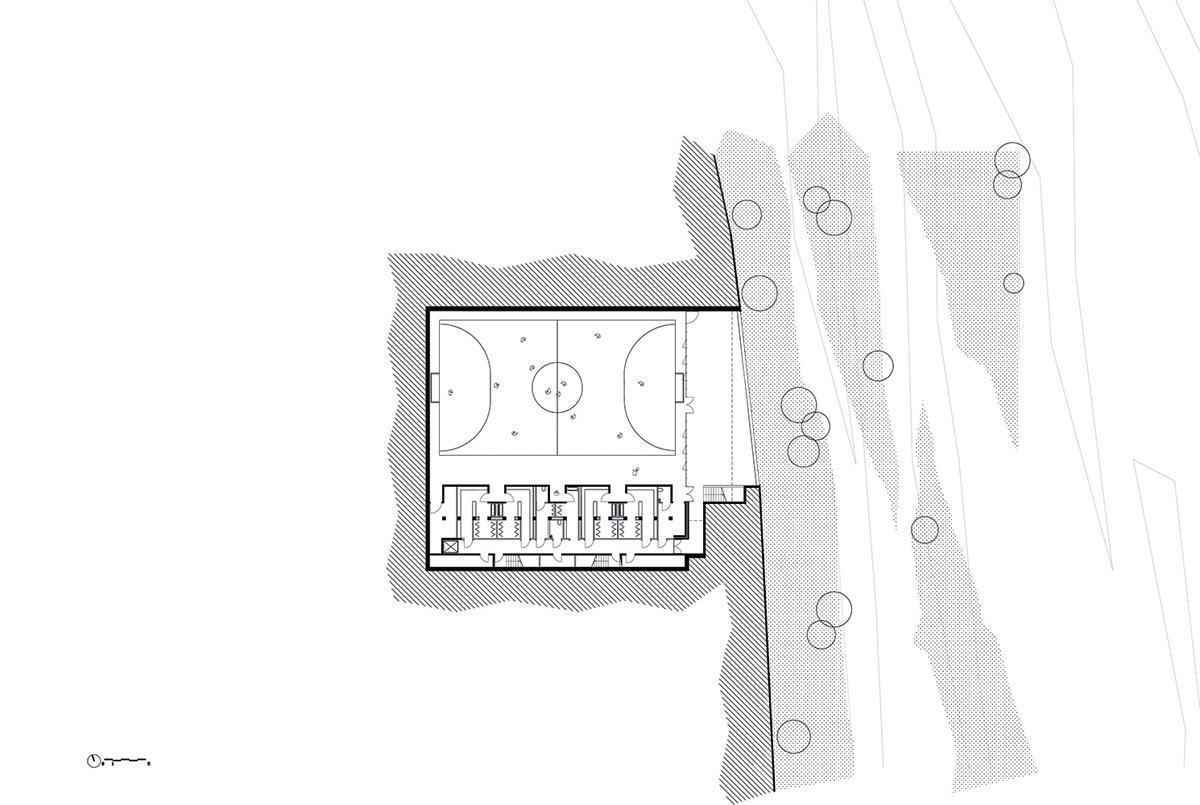 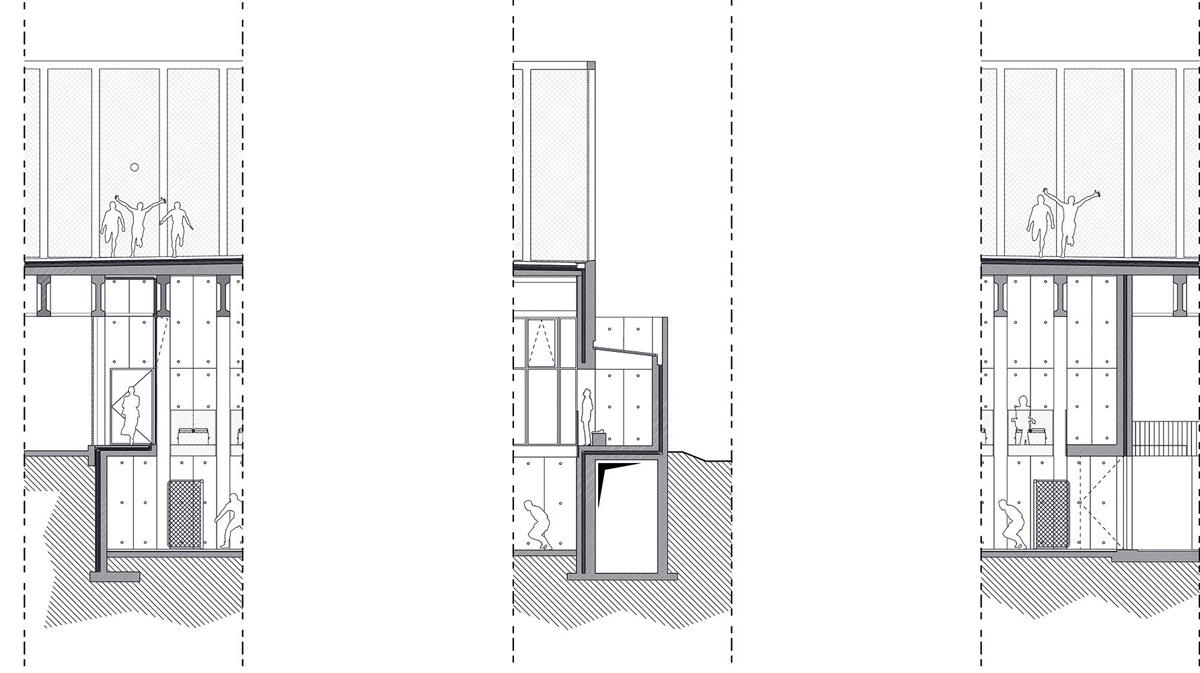