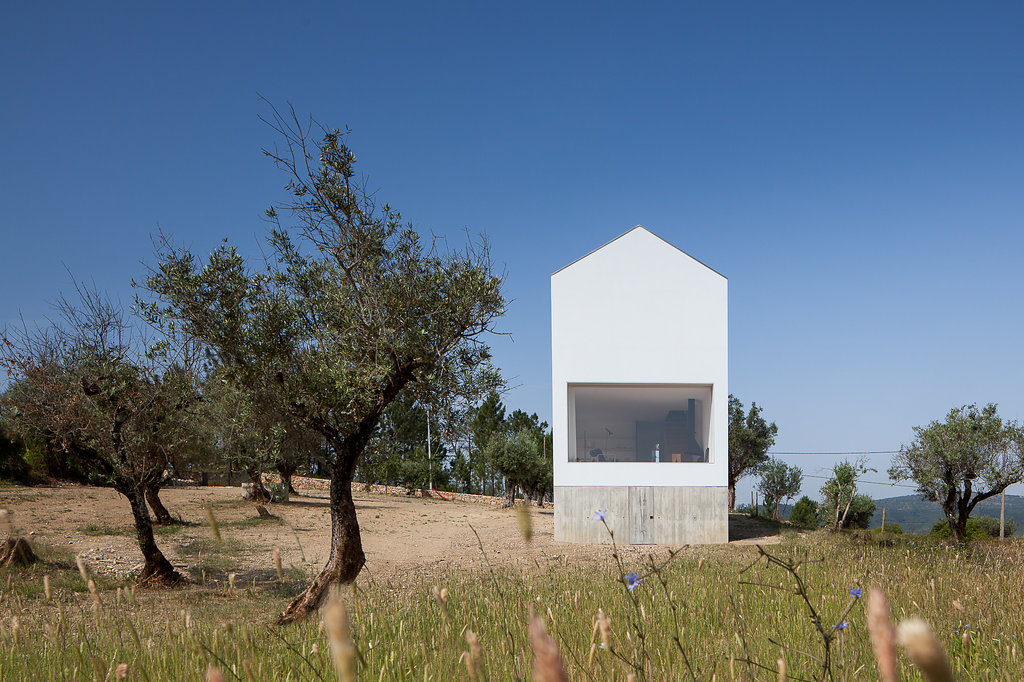 The Fonte Boa House is a single family house designed in a rural estate in Fartosa, Fonte Boa, in the centre of Portugal. The small estate, with a vineyard and olive grove, is located in the Rabaçal valley, confined by the Jerumelo, Sicó and Espinhal mountains. This expressive valley’s landscape, which was once occupied by a roman villa (around IV BC), is now mainly characterized by small plants and big olive trees.

The house is located in the west side of the estate, protected from the main road, taking advantage of the best sun exposure, the surrounding trees and the views over the valley. The accurate position of the house was set so that there wouldn’t be major changes in the terrain, maintaining the existing slope and preserving all the existing trees.

Reinterpreting the traditional single family housing typology, the house is a two storey rectangular volume with a zinc pitched roof, whose volume detaches itself from the slope with a concrete basement (occupied by a small wine cellar). From the street, the entrance is made through an opening in the stonewall that limits the south part of the site. The open garage, built below the terrain level, is enclosed by concrete walls, by the semi-underground concrete box that hosts the laundry room, and by the stairs that lead to the upper level where the house is located.

A succession of platforms leads to the entrance of the house, which is protected by a windbreak door. Inside, both floors are organized in three parts, with a core stairs and utility area that, on the ground floor, divides the dining from the living room and, on the first floor, separates the two main bedrooms. The communication between the two floors is made by a cabinet/staircase that reinforces the longitudinal direction of the house. All the interior spaces have a particular relationship with the outside, through a set of big openings or small. 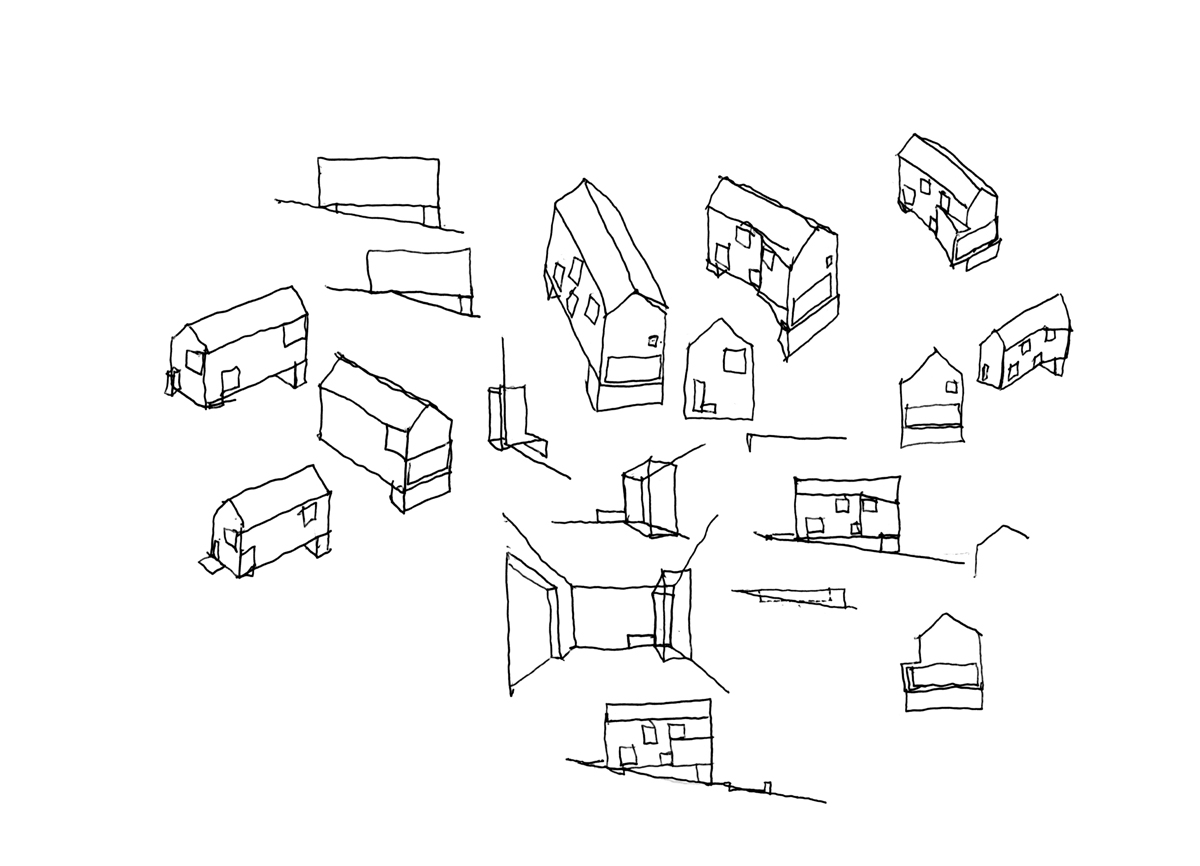 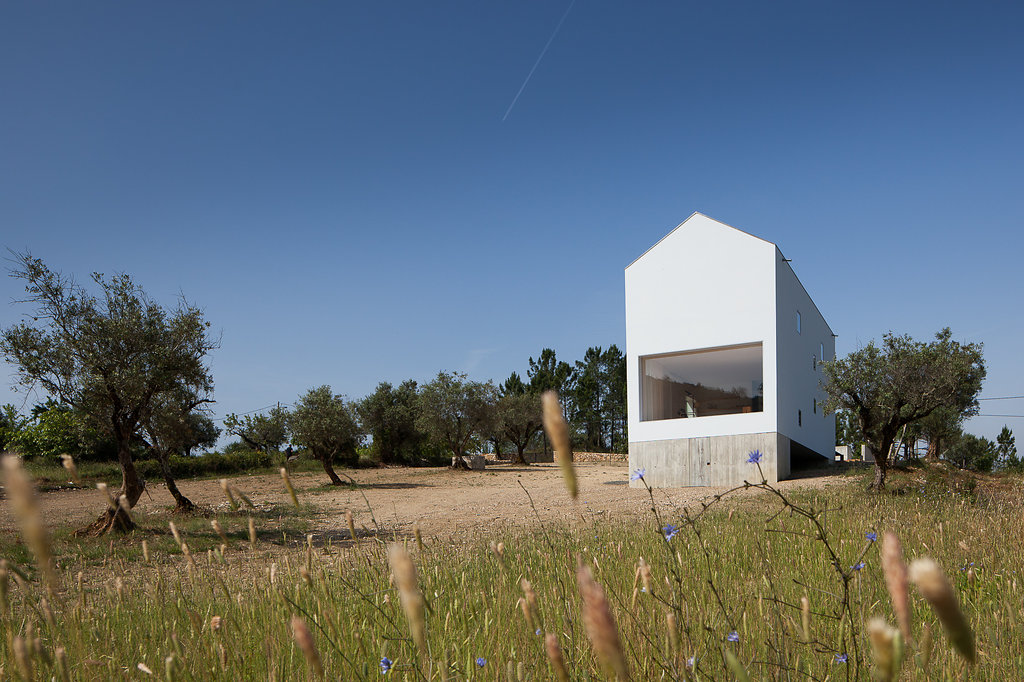 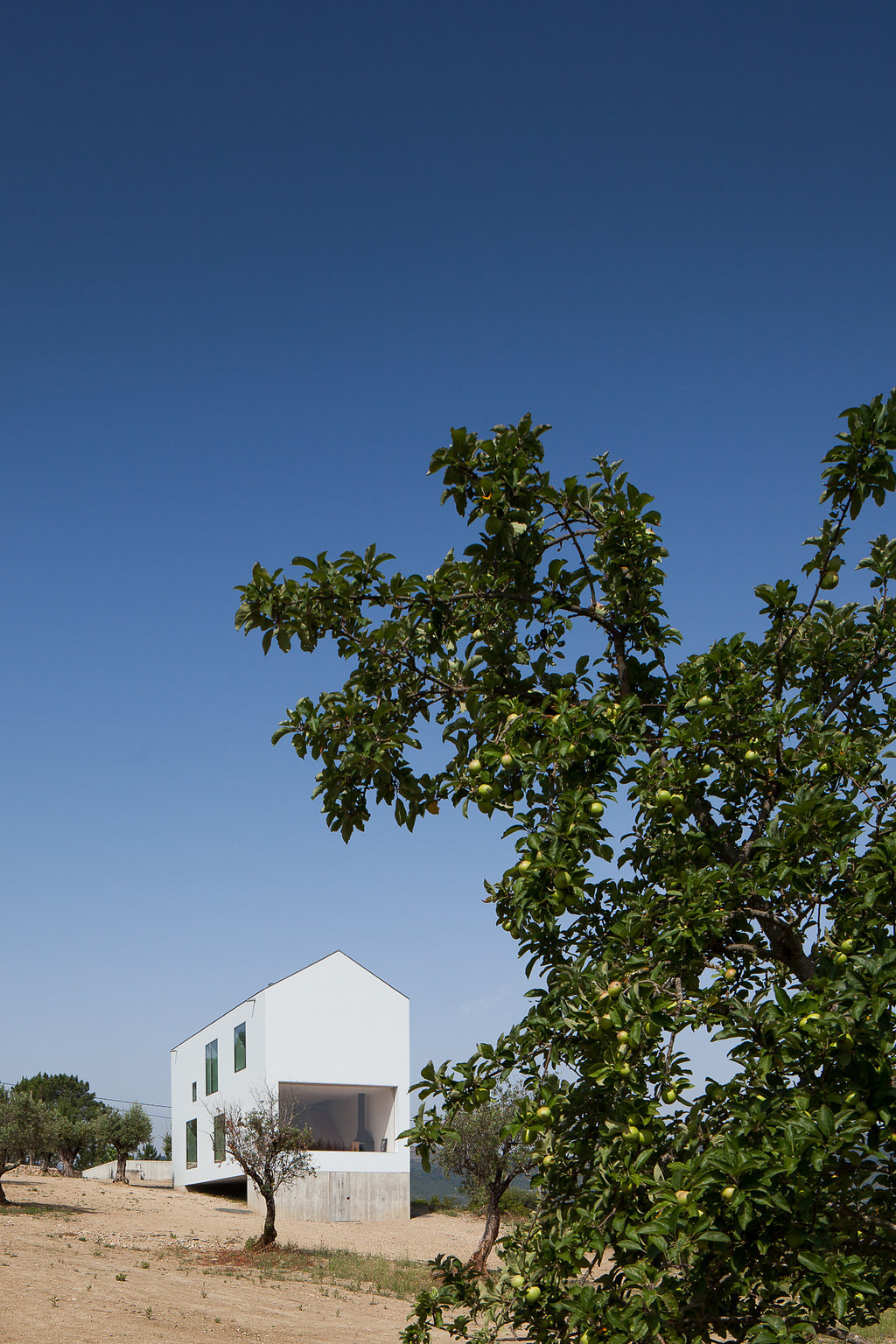 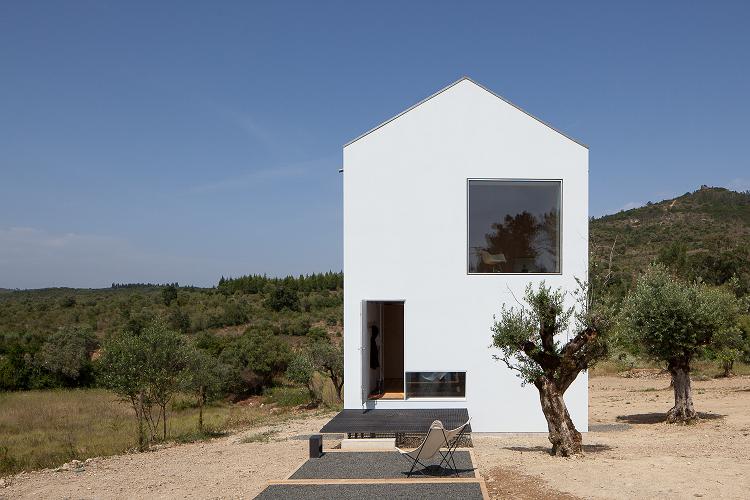 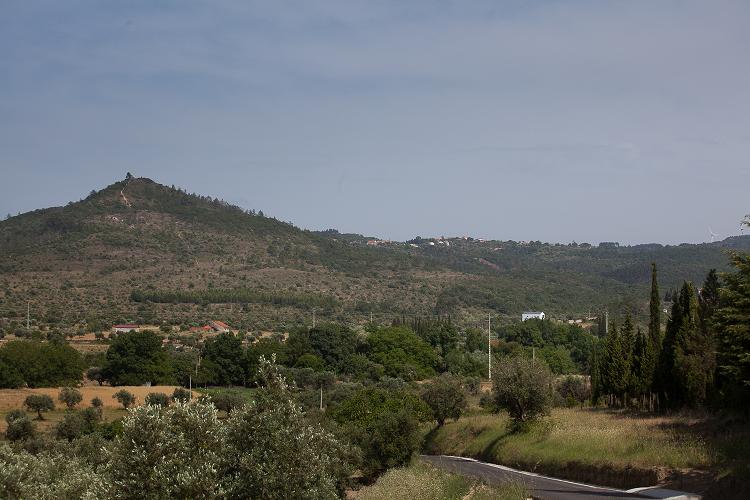 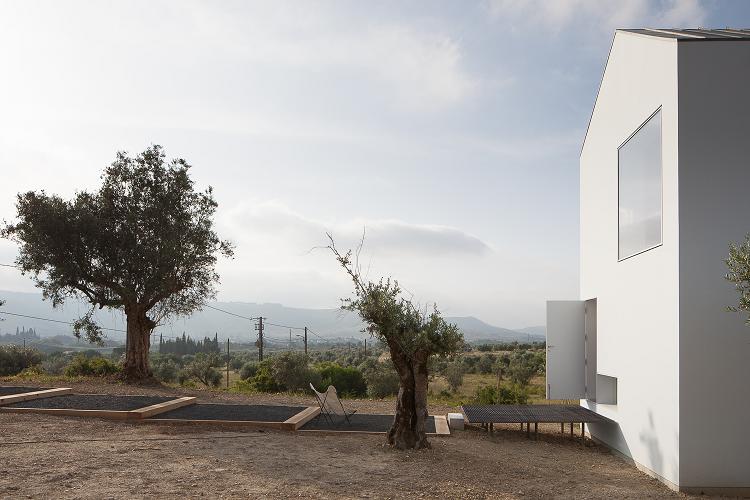 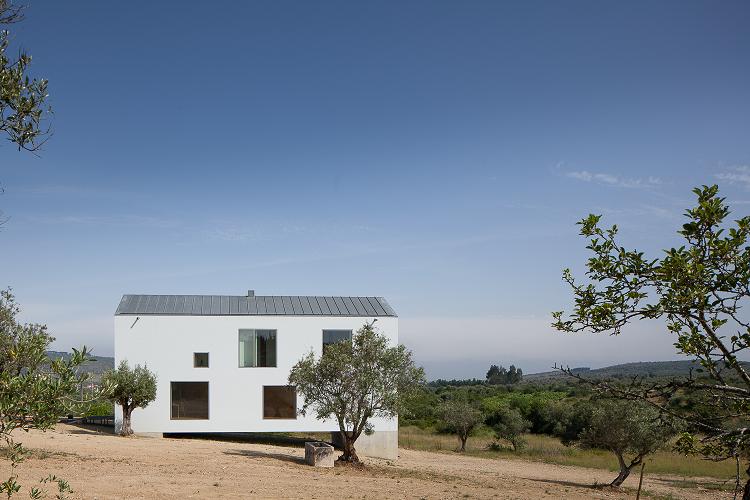 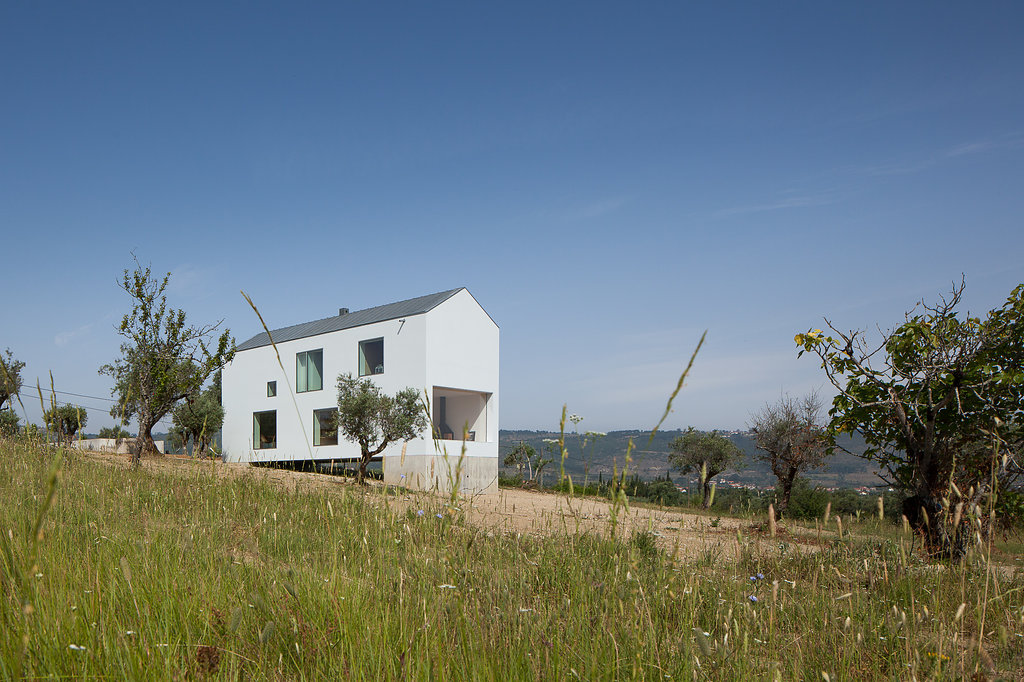 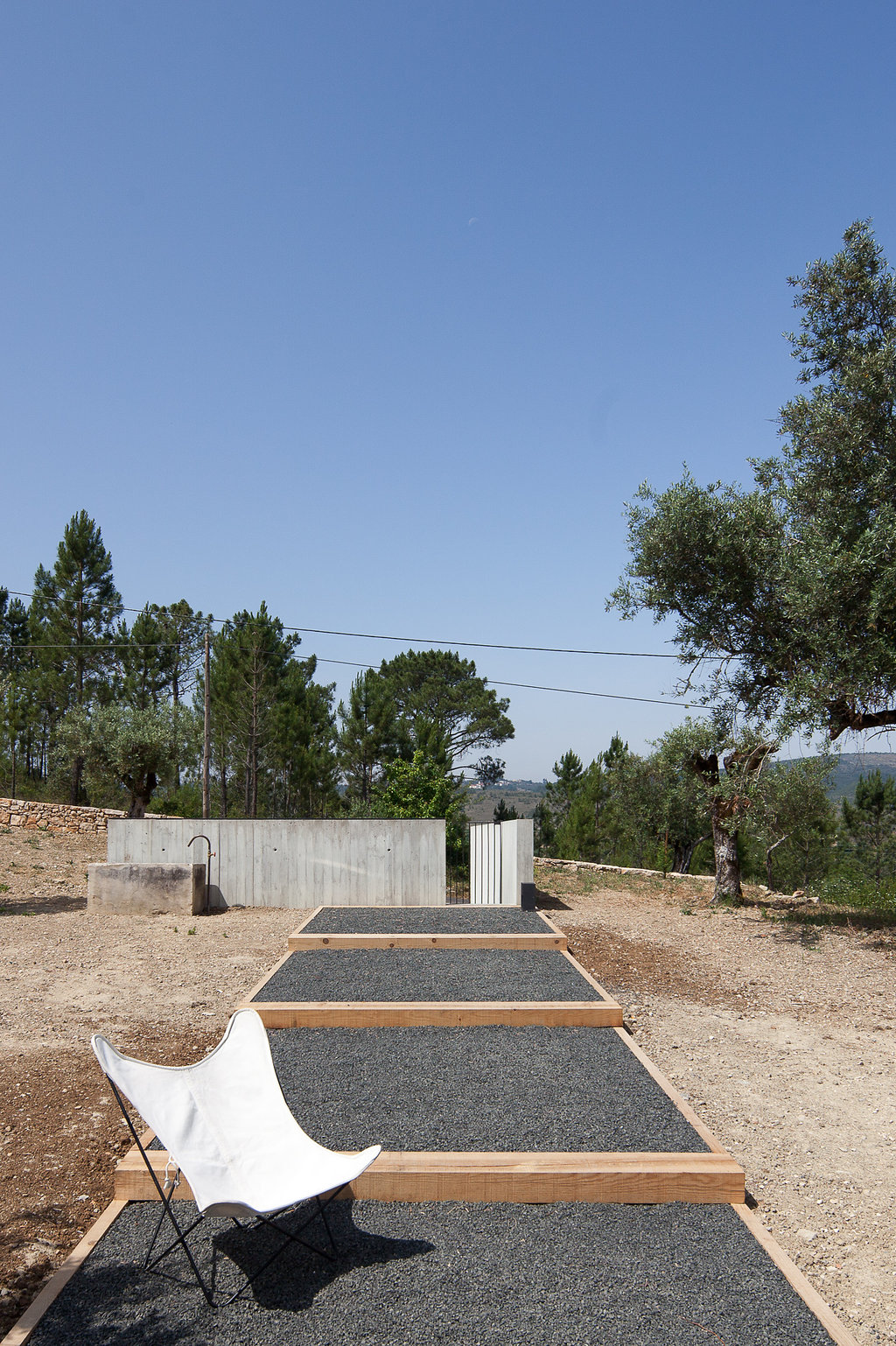 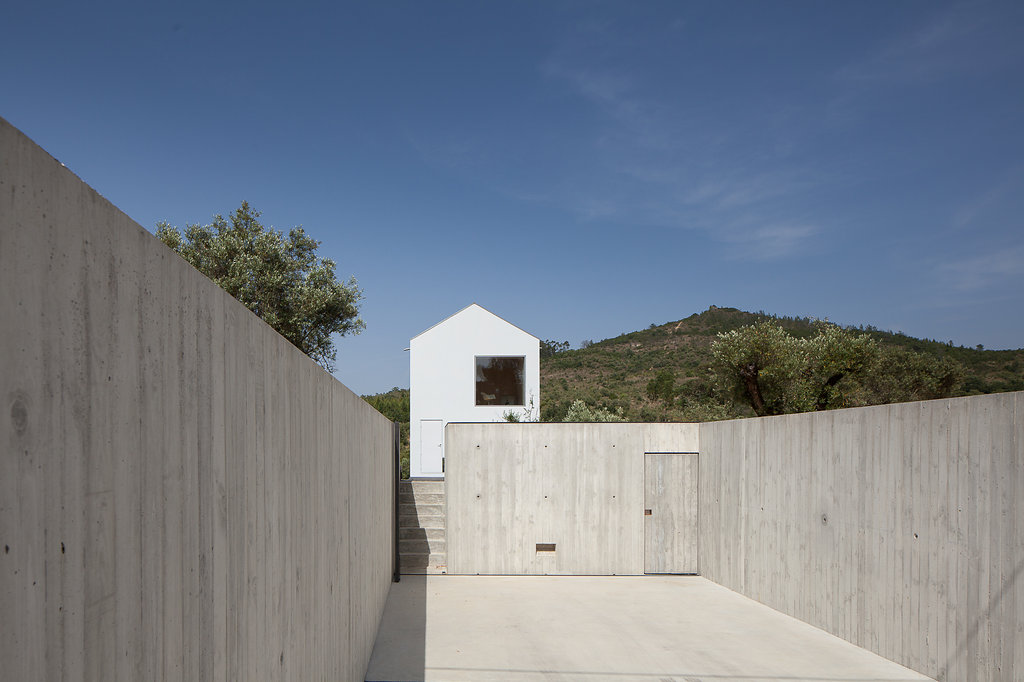 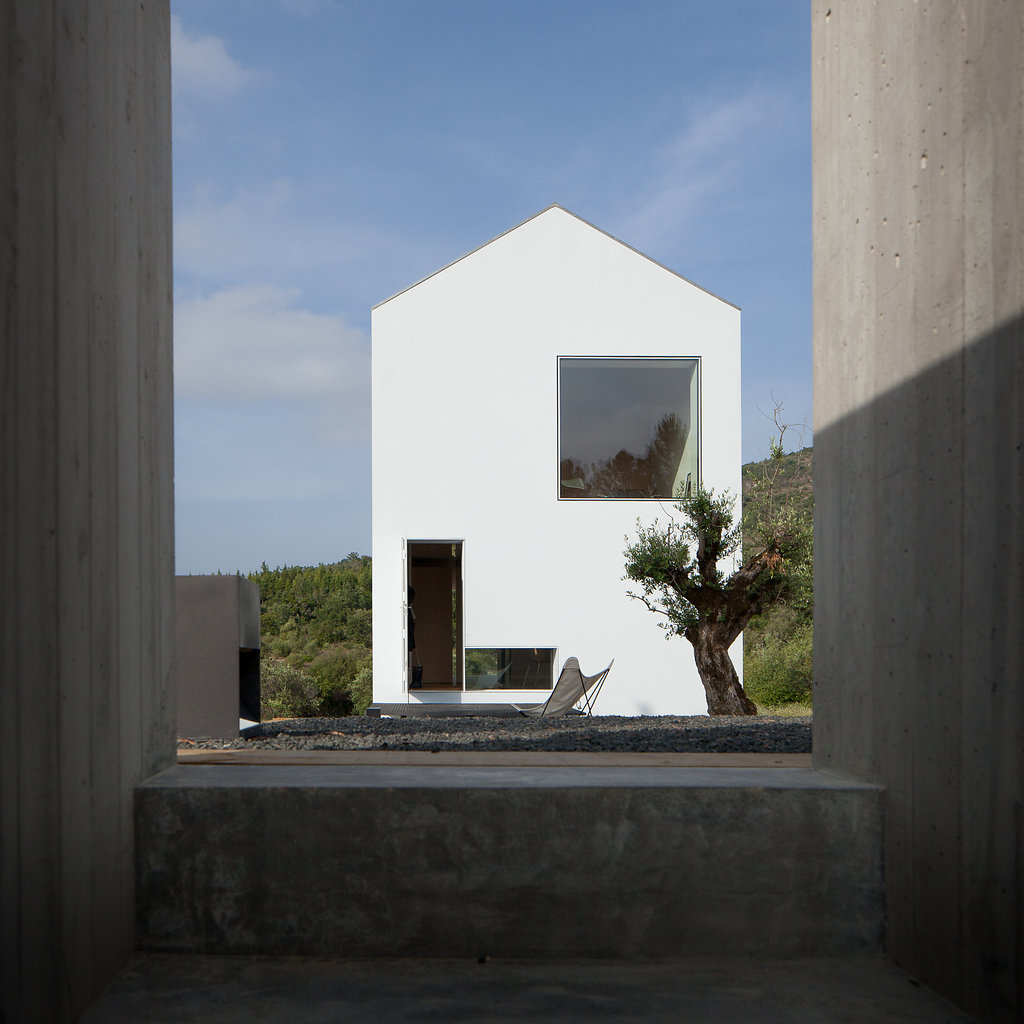 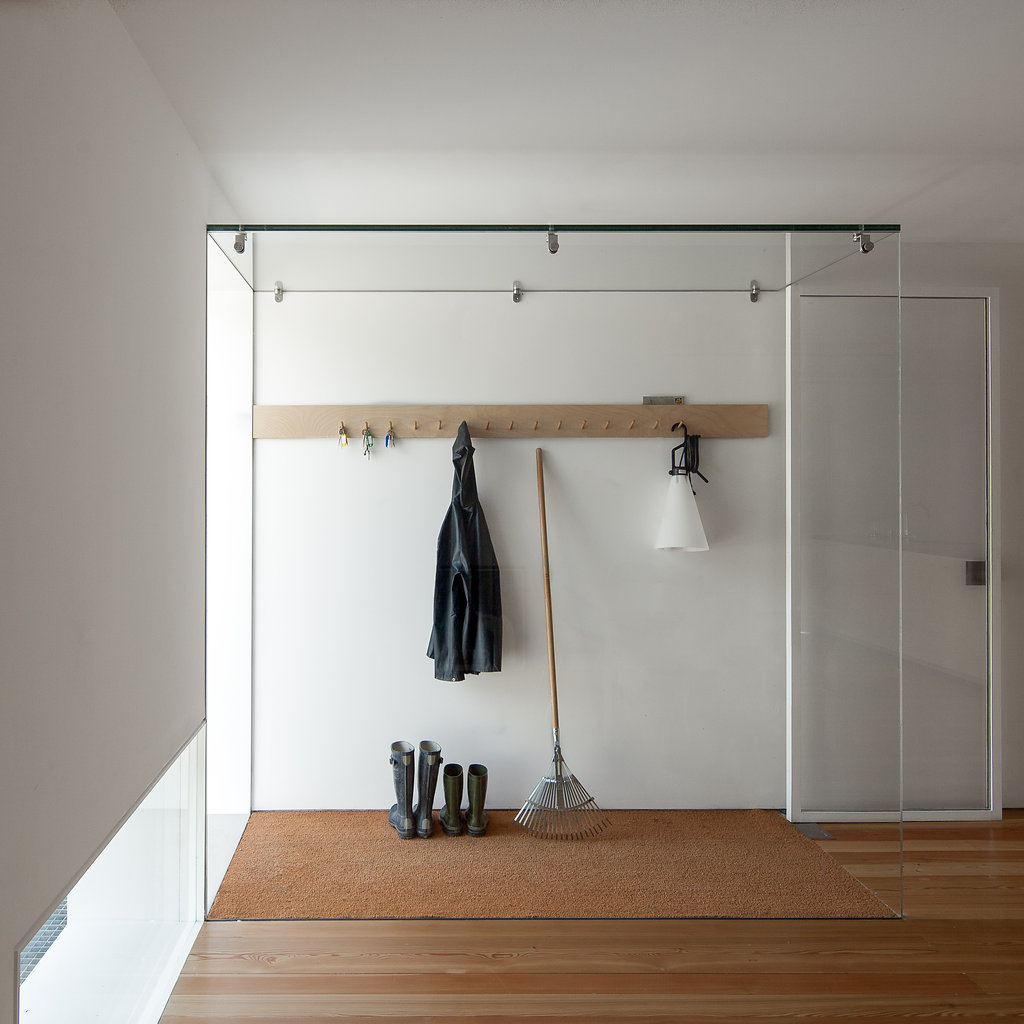 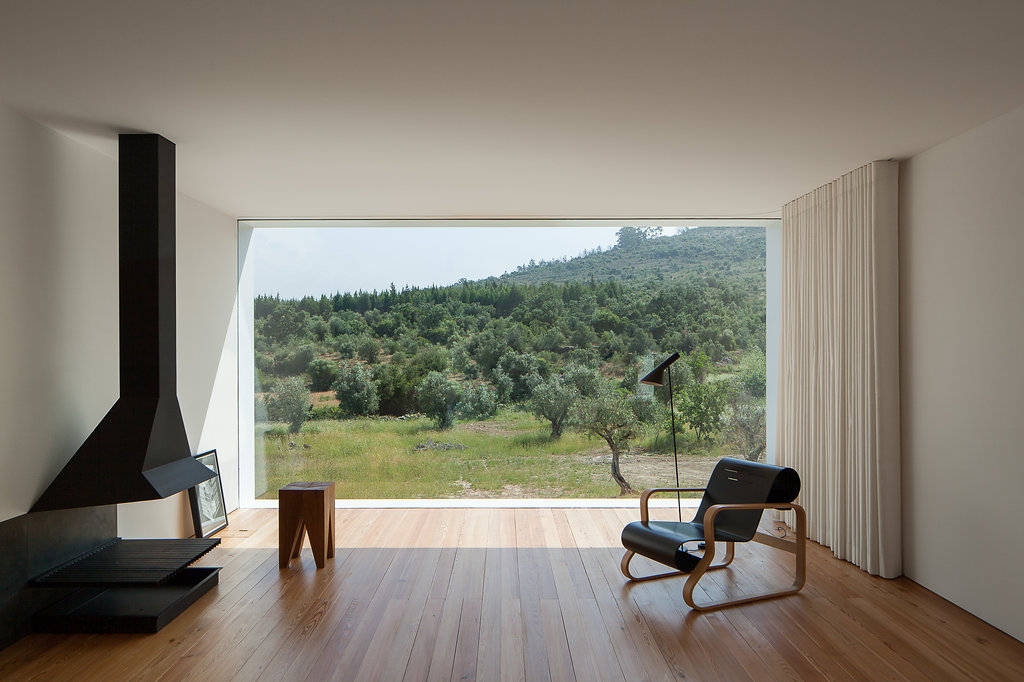 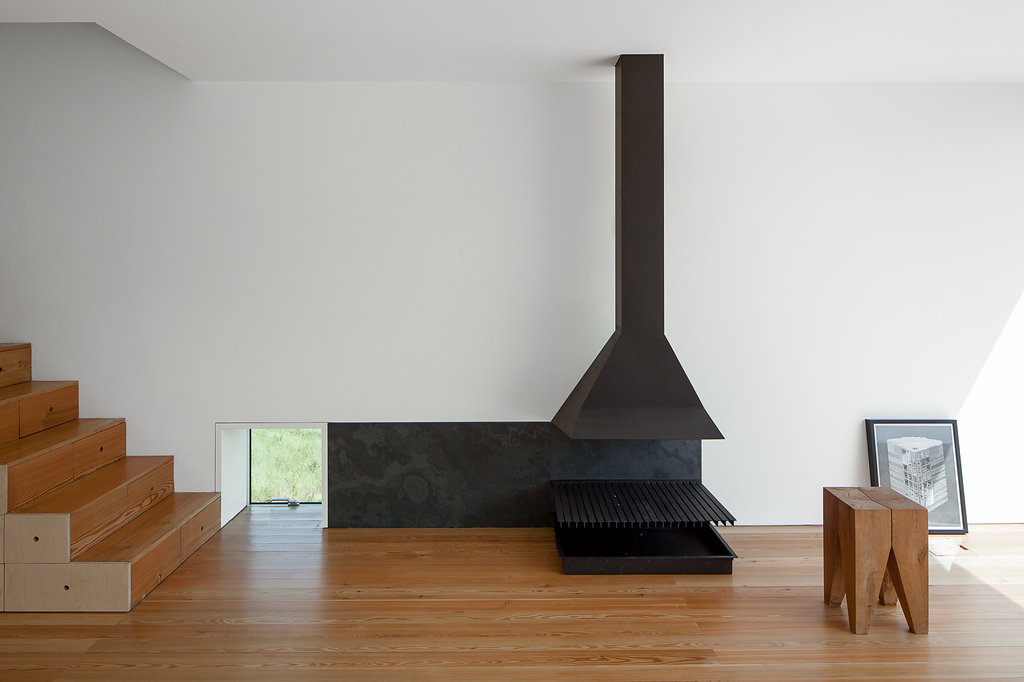 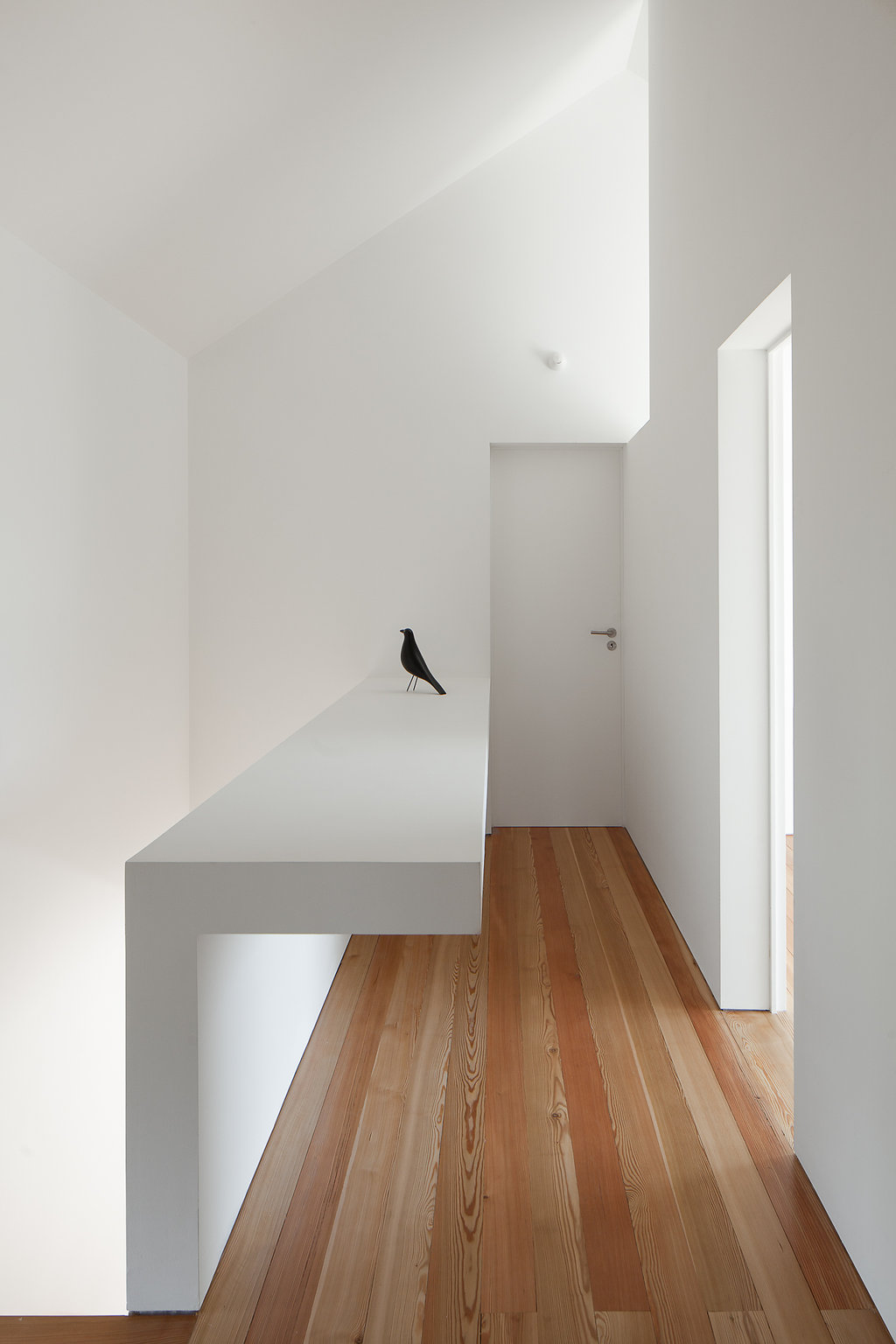 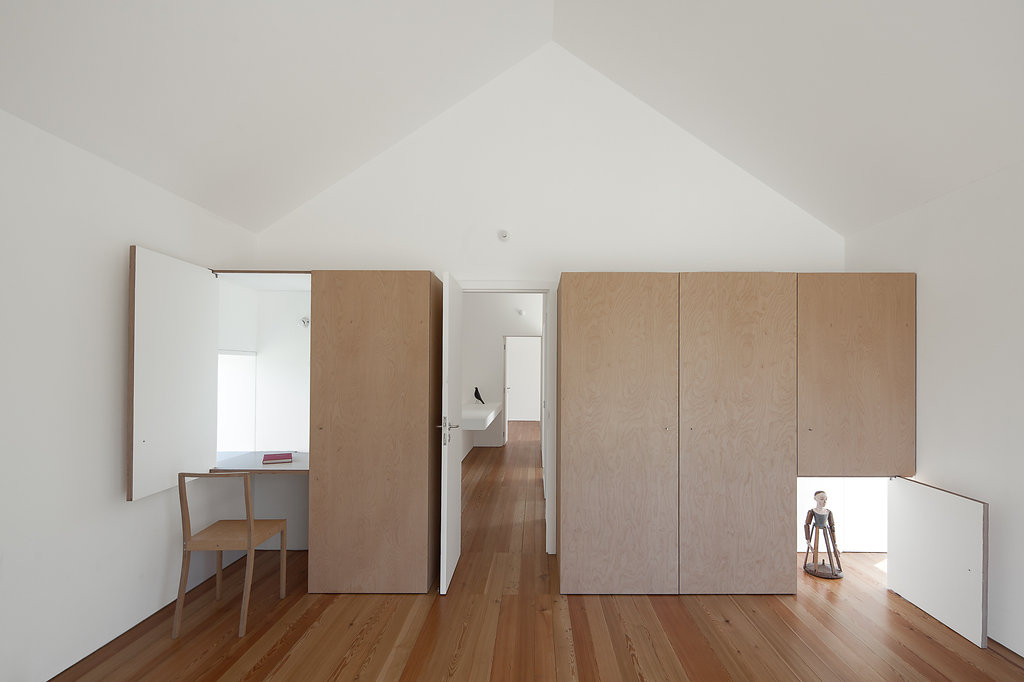 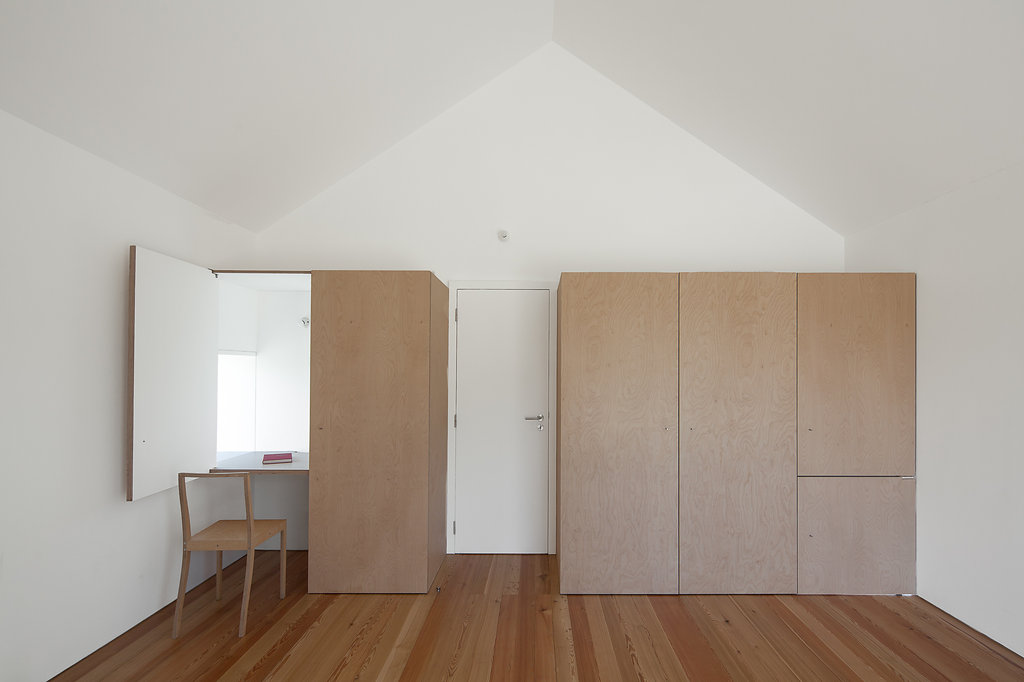 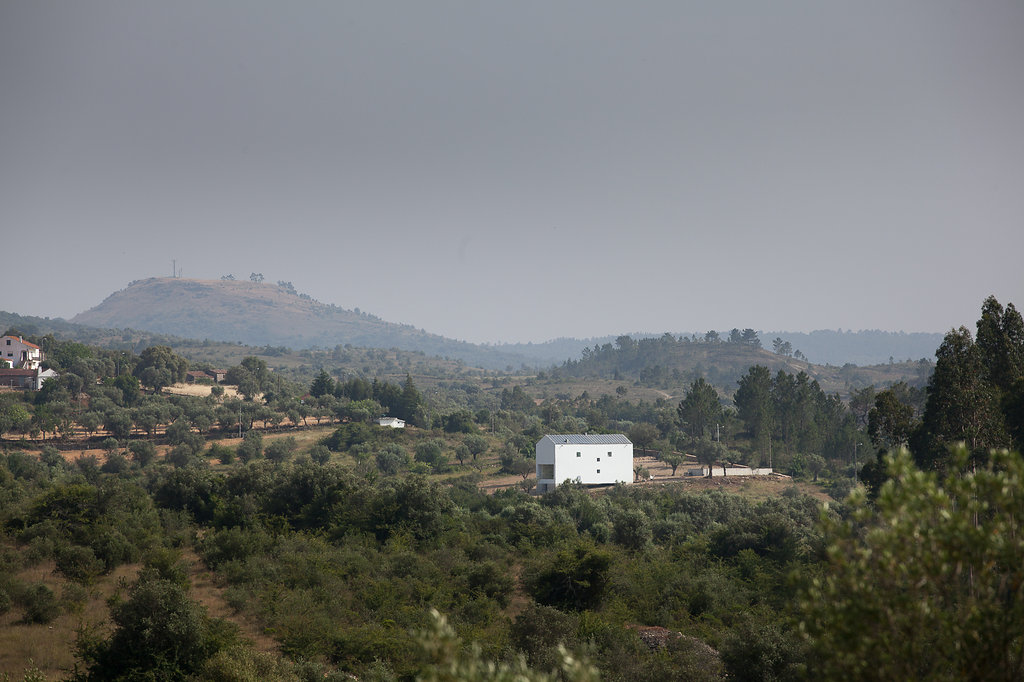 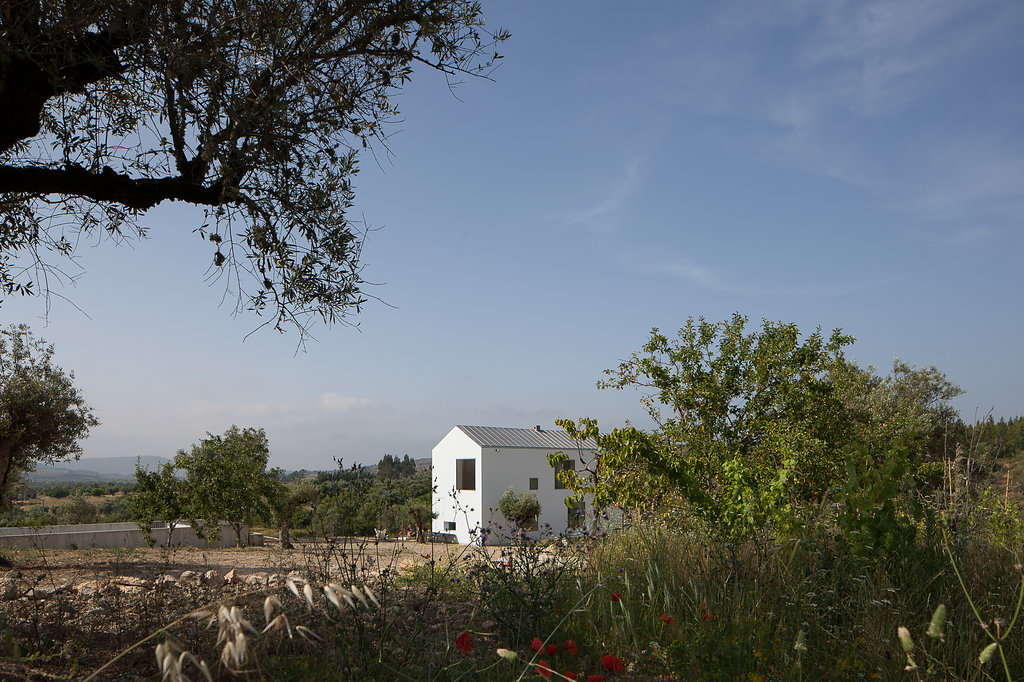 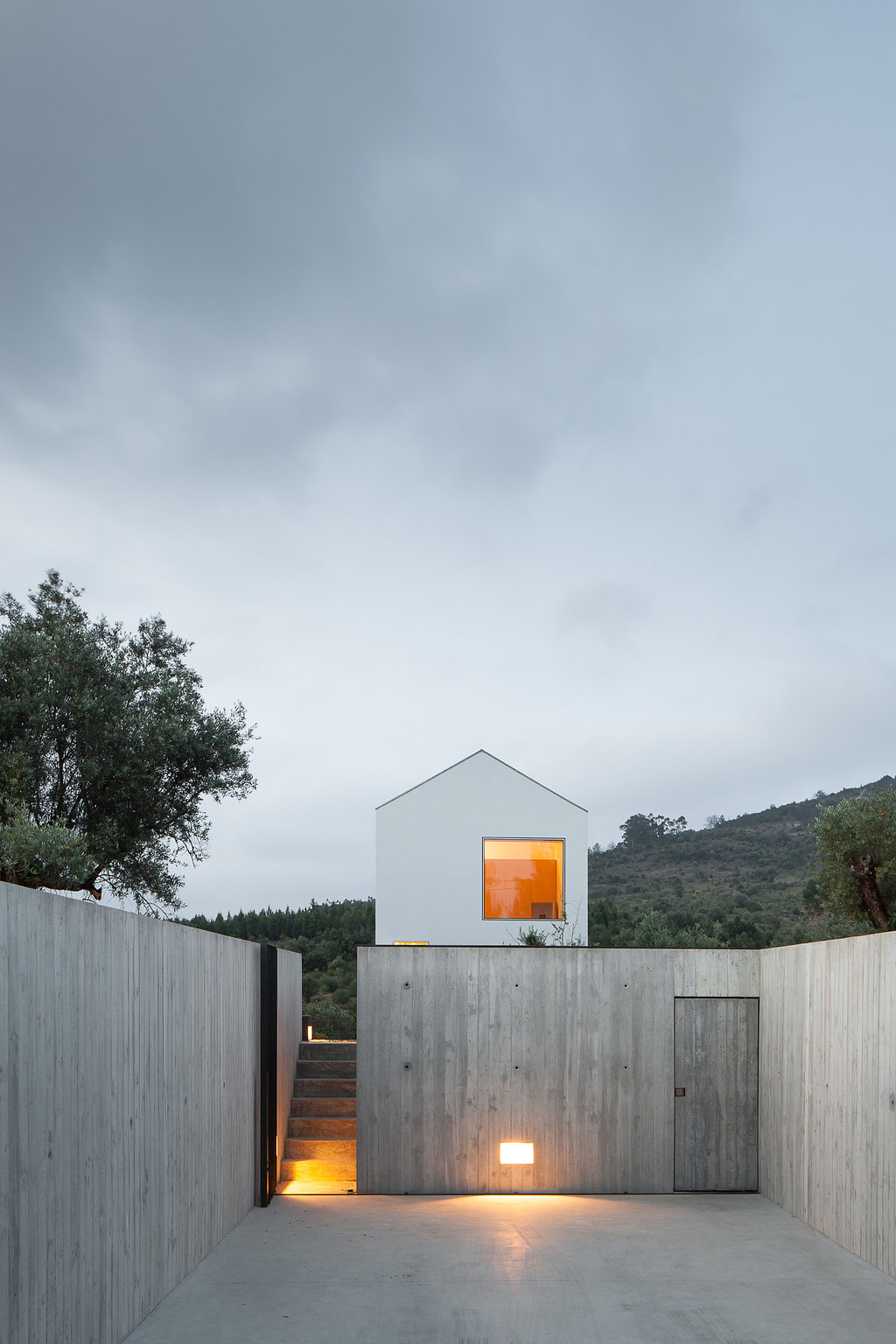 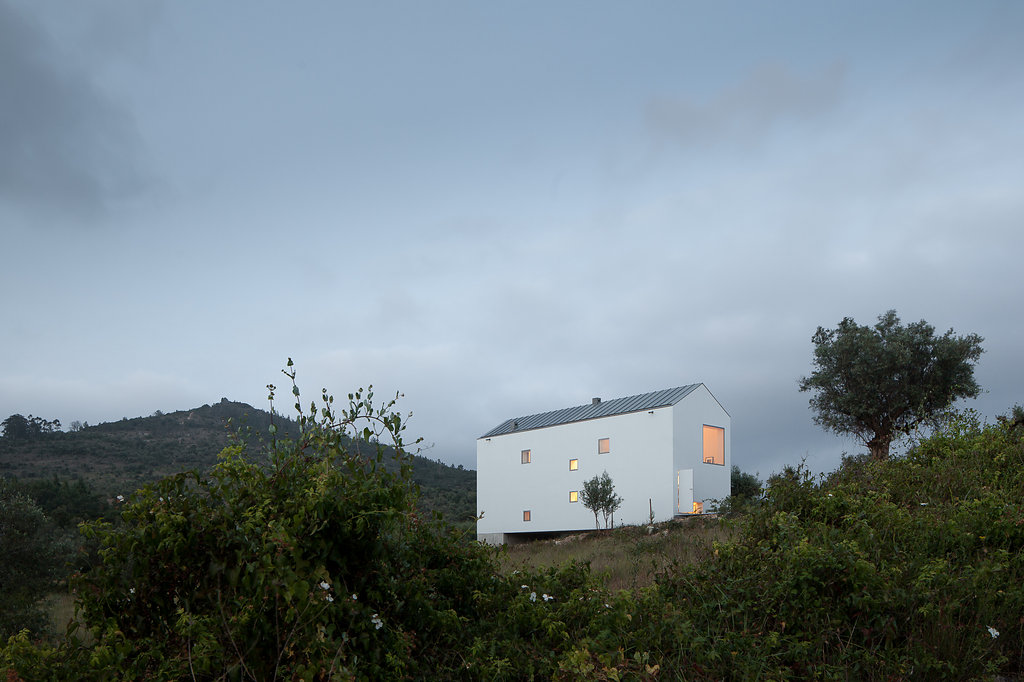 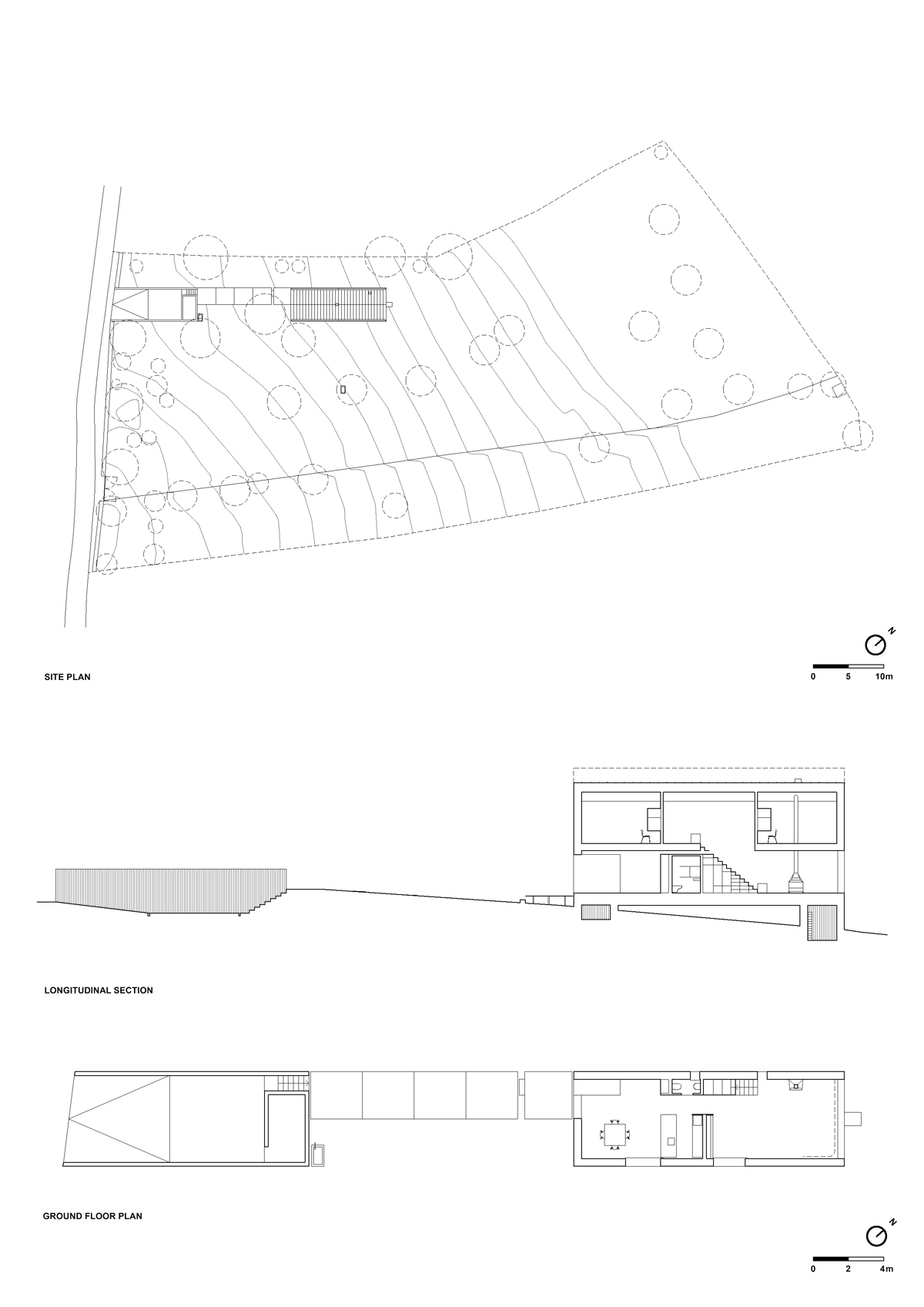 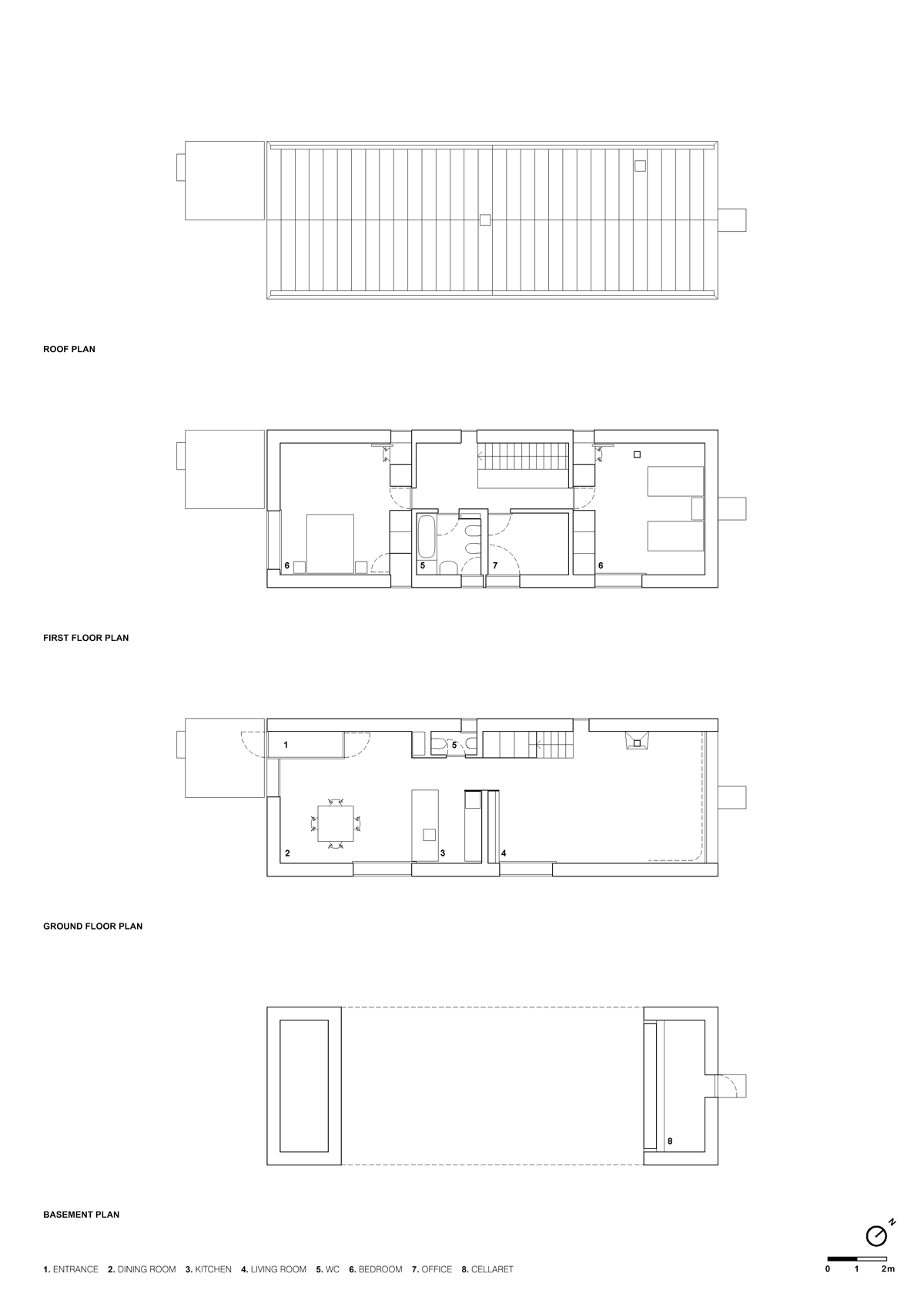 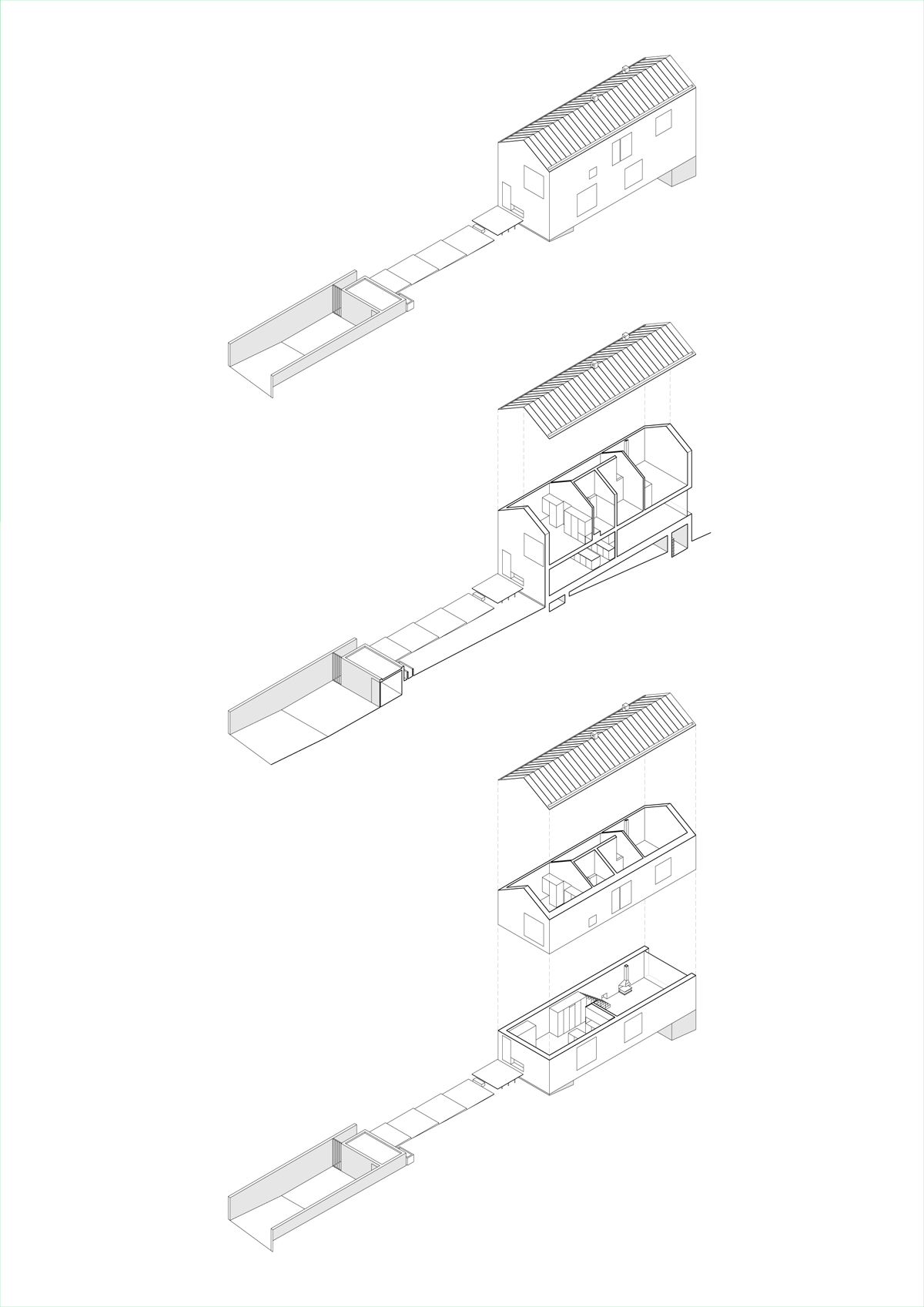 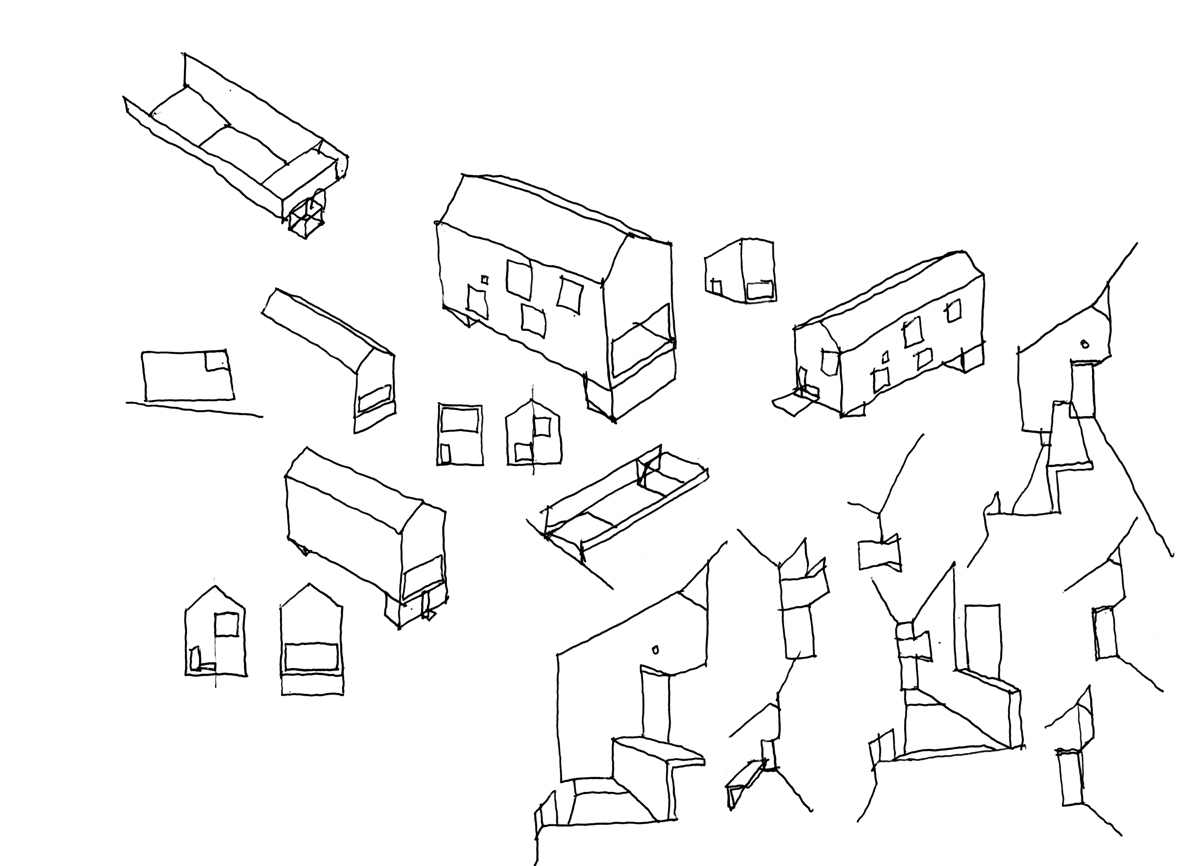