Katyn Museum is there to commemorate a painful episode of Polish history which took place during the World War II when over a twenty thousands of Polish military officers and state officials were brutally murdered by the Soviet Secret Police.

Katyn Museum lies the southern part of the fort – the Warsaw Citadel consisting of three historical buildings. The whole foundation is a park with symbolic Katyn Forest in the centre of it. The entrance is located at Nowomiejska Gate, the extension of the Old Town route. The museum exhibition has been designed on two levels of Kaponiere – old artillery. The third building is the arcade gunrest building, which consists of five glassed arcades which locate plaques with the names of the murdered officers.

Stained concrete also becomes a mean of architectural expression, wherever exhibition narrative demands it; personal belongings, such as letters, elements of ammunition of the victims were used to leave prints on the concrete. The history of Katyn in its cruelty and evil immensity is much too difficult to comprehend. 15 plaques commemorating the 21 768 victims located in the historic gunrest raises questions about the meaning of the concepts of evil, good, forgiveness. At this point, we have consciously given the architecture powerful expression. The gap between high 12 meters walls slitting the Citadel shaft leads us in two directions – down to the gunrest arcades where the plaques with the names of the victims are; and up, opening the perspective of the sky. On the axis of the stairs among the trees stands an oak cross – the epilogue of our narrative about Katyn. 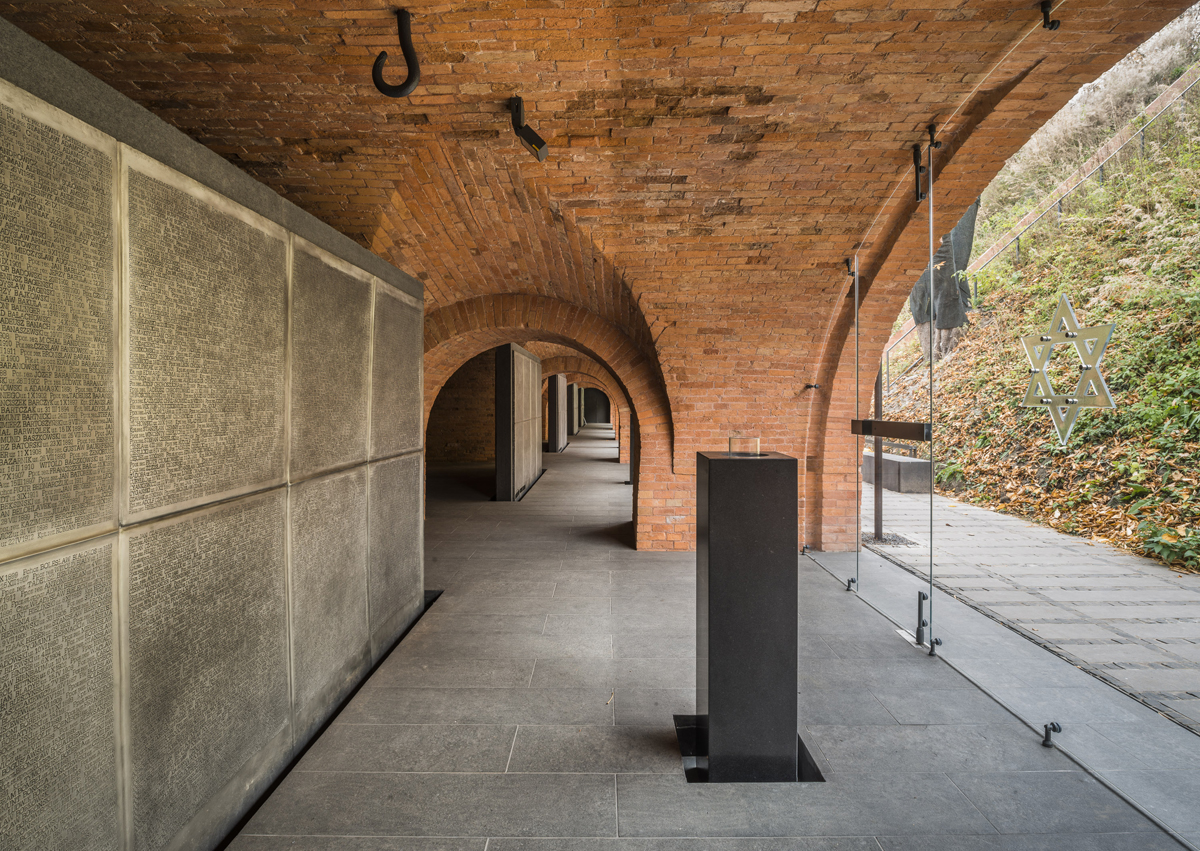 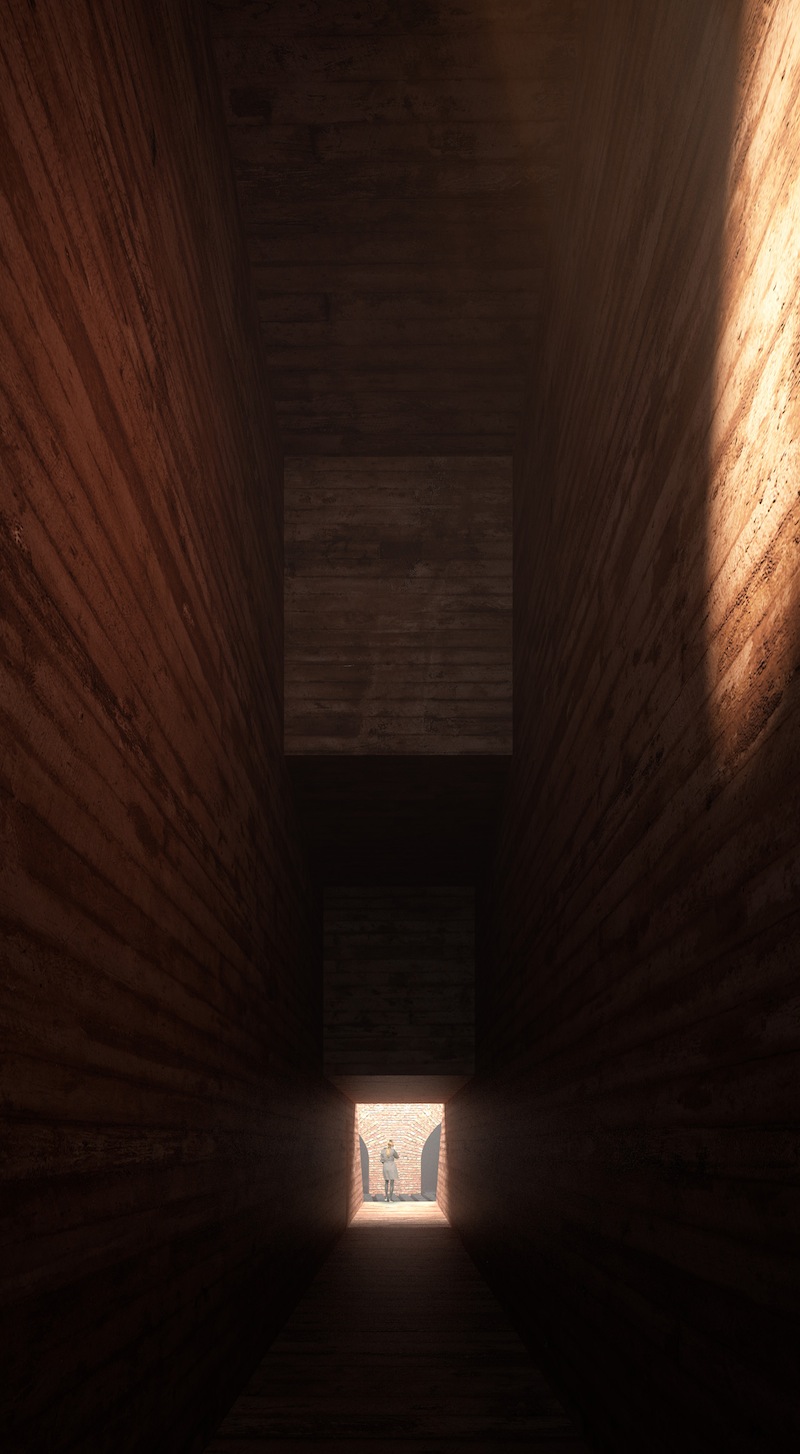 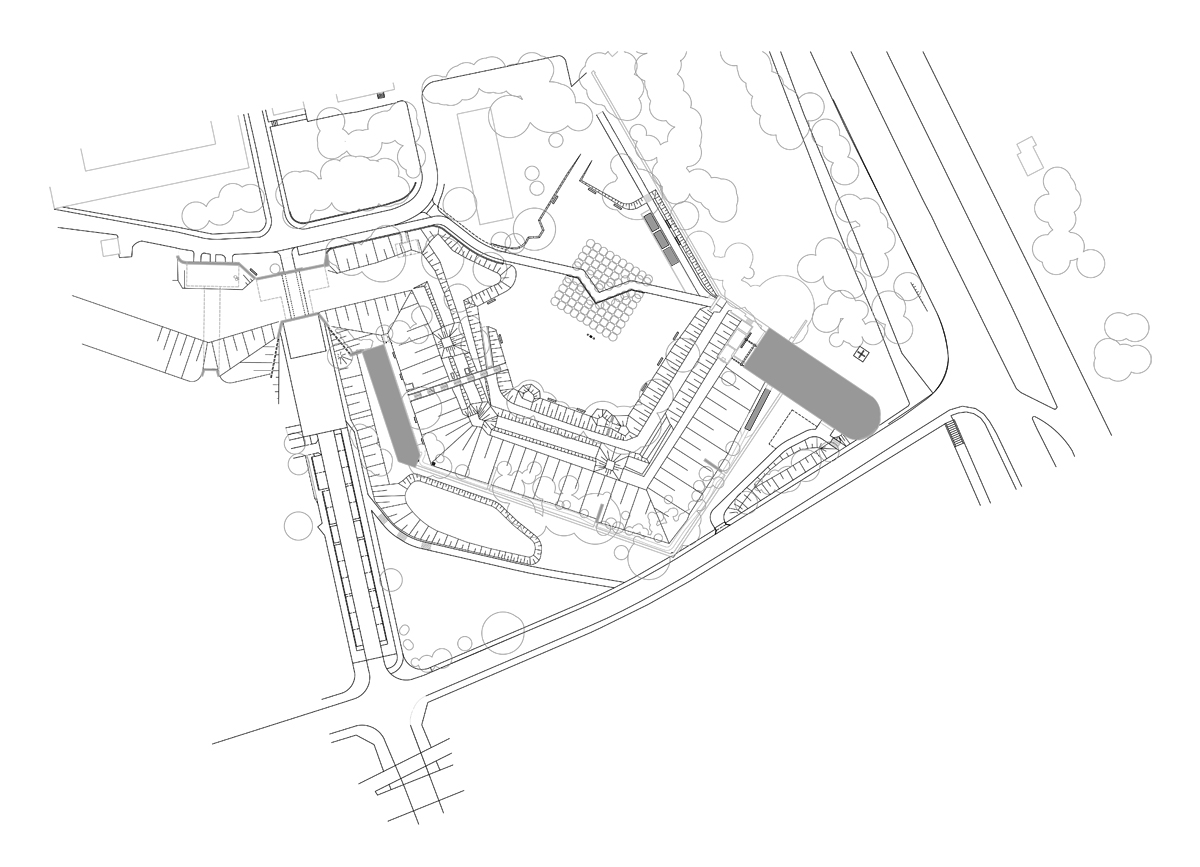