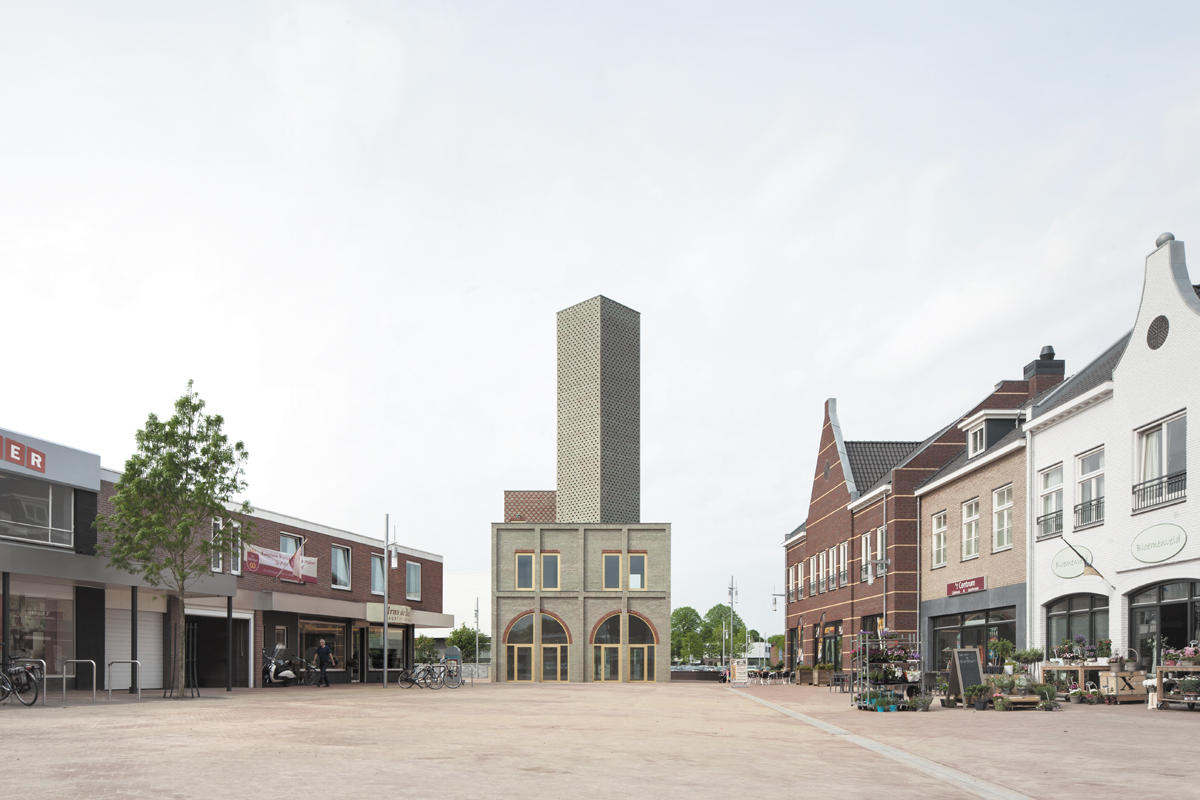 In a landscape where every small village can be identified from afar by the silhouette of its church tower, Nieuw-Bergen was lacking such a clear landmark. Recently, this need was provided by the completion of a landmark building as part of the village renewal plan. This ‘Landmark’ forms the nucleus of the plan and clearly identifies the marketplace as a central collective space. The public tower offers views of the surrounding nature reserve. It is a combination of a tall, abstract tower and a low base. It accommodates a catering facility, such as a bar or restaurant; an accessible feature that provides a central meeting place in the small village.

The structure is clad with a combination of green and red bricks. The tower features a Brazilian bond, with tiny openings, to allow light to shine through in the evening and thus fulfil its function as a beacon. The intention of the design is to be optimistic and approachable: it aims to be accessible and touchable. To achieve this, the building is conceived as a small object: abstract from a distance and intimate upon closer inspection. The red brick is coloured light-green by a cement wash, making patterns emerge that scale down the building and simultaneously enliven it.

The decorated base has the appearance of a house, consistent with the intimacy of the surrounding buildings, on top of which, two more abstract volumes are placed. Thus it becomes embedded in the conventional and recognizable. The building is robust and clear, and functions as an emblem for this village. At the same time, itforms an illustration of this fierce ambition, because in various places the monolithic appearance is put into perspective and shown as «bekleidung”. An emphatic ambivalence, which connects the worlds of Rossi and Venturi.

Monadnock has studied, and was influenced by the typology of historical Dutch trade buildings. These buildings are characterized by their specific proportions and are usually found on market squares in Dutch medieval cities. This was instrumental in formulating the ambivalent status of this building: after all, the building is not a church, nor a town hall, but is intended as a representation of the collective. The planned programming of the interior will be a combination of public and commercial functions. 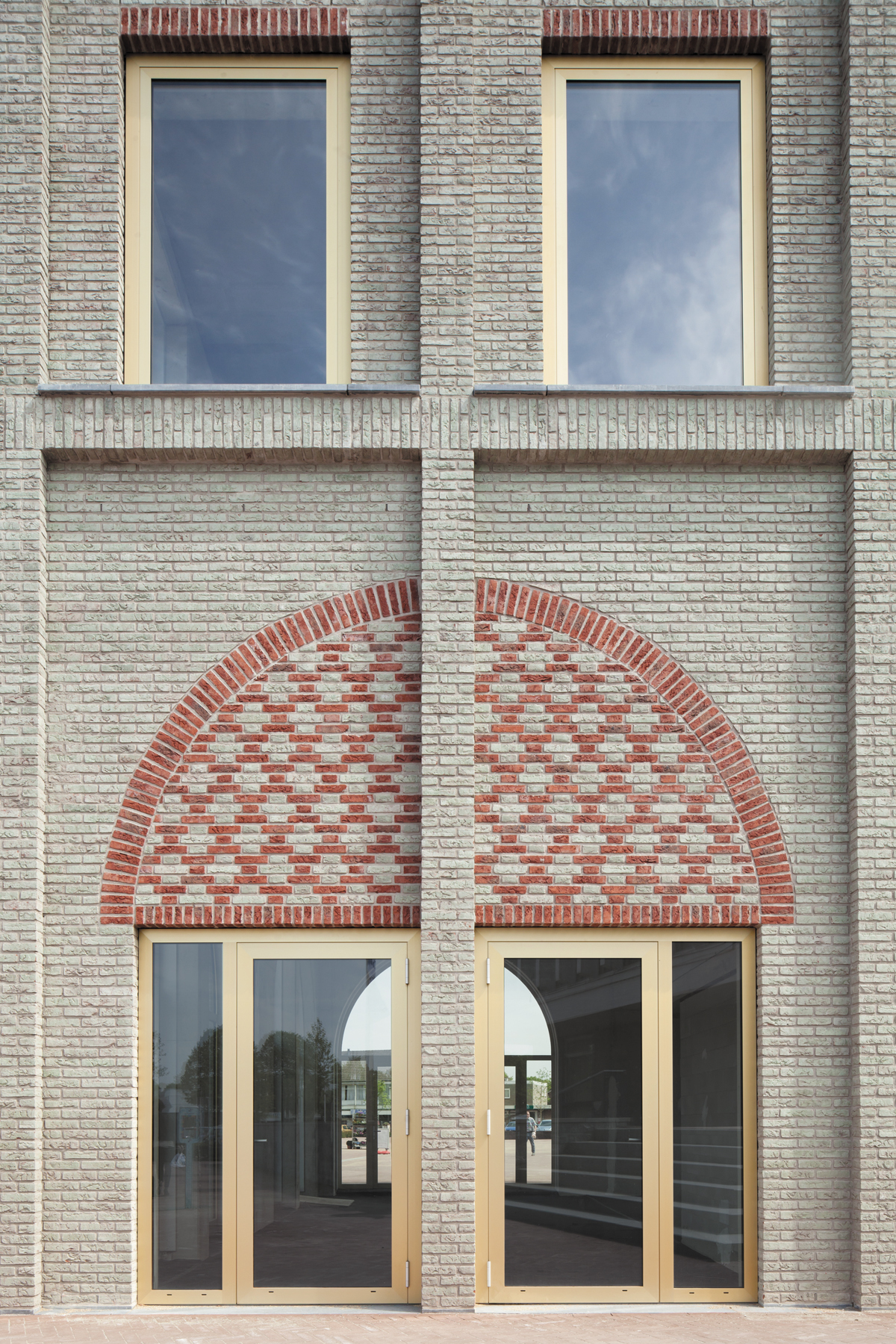 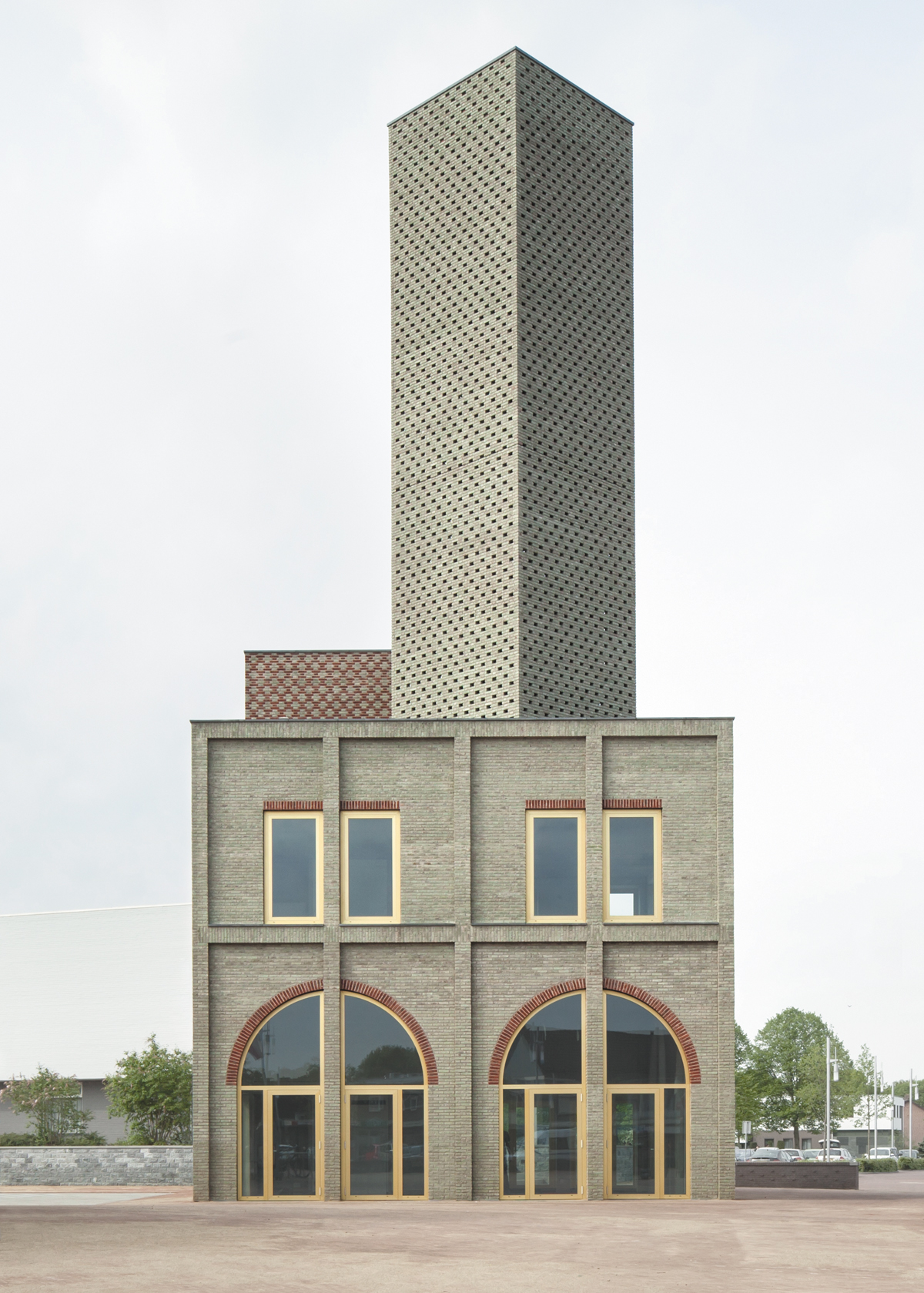 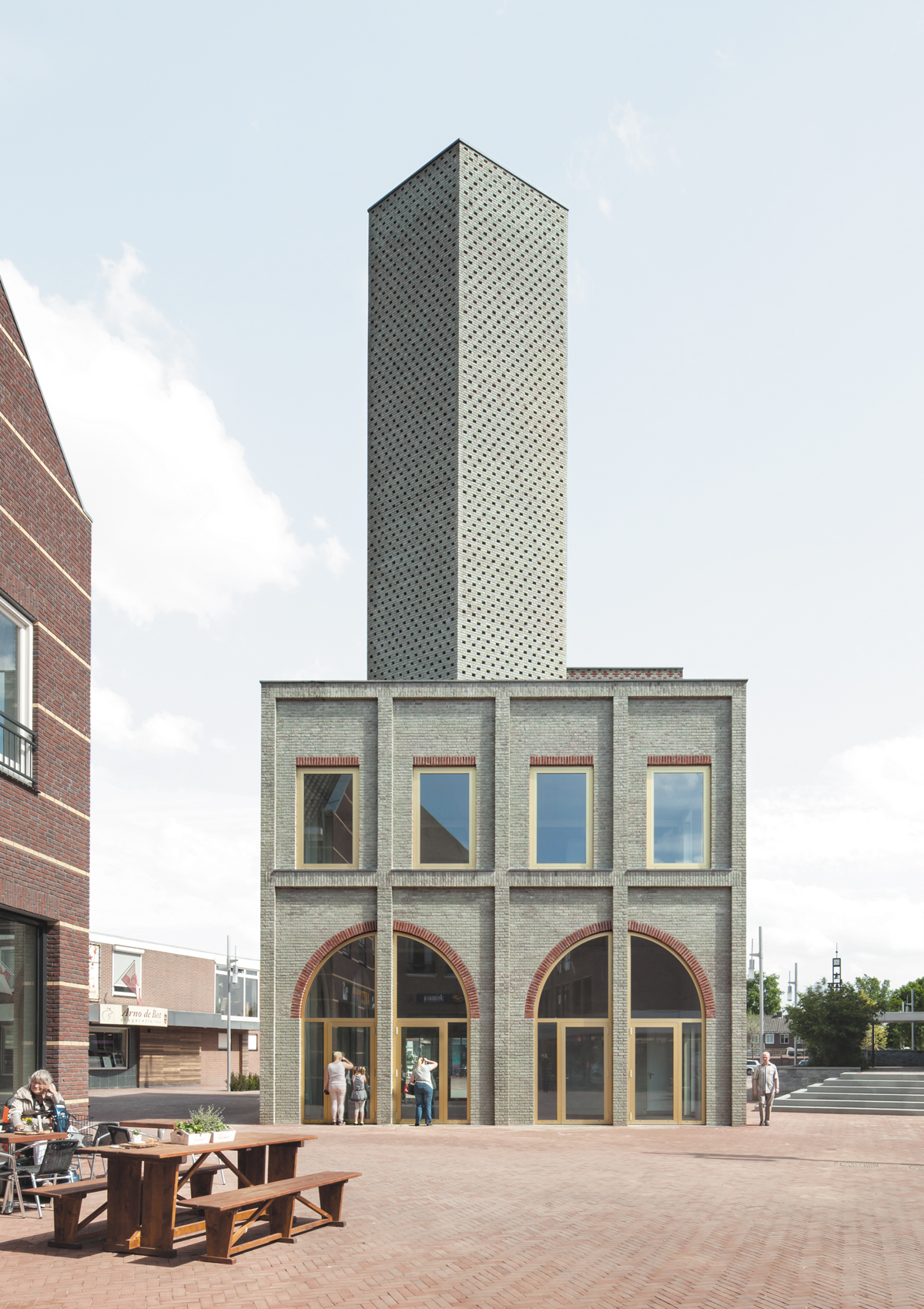 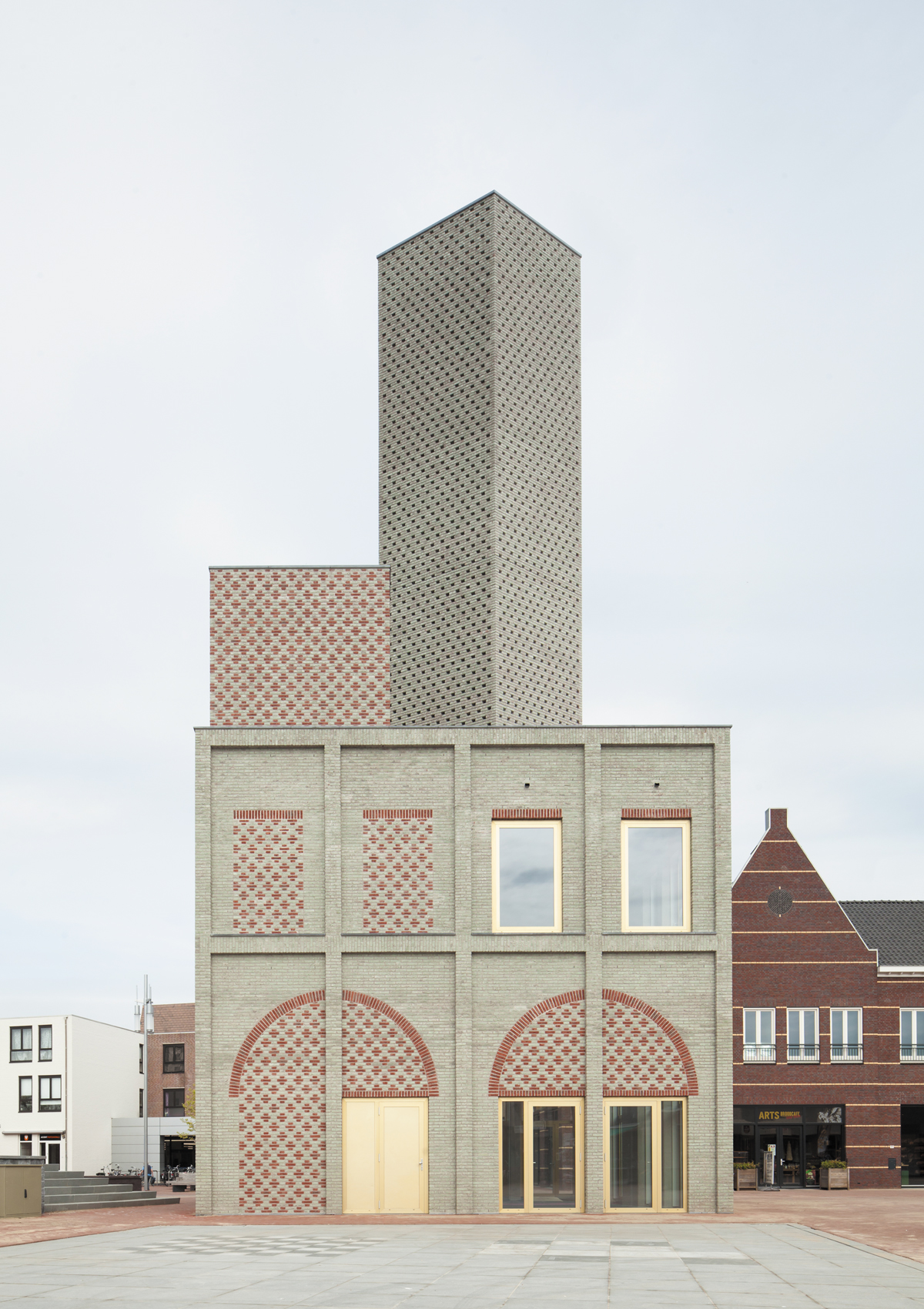 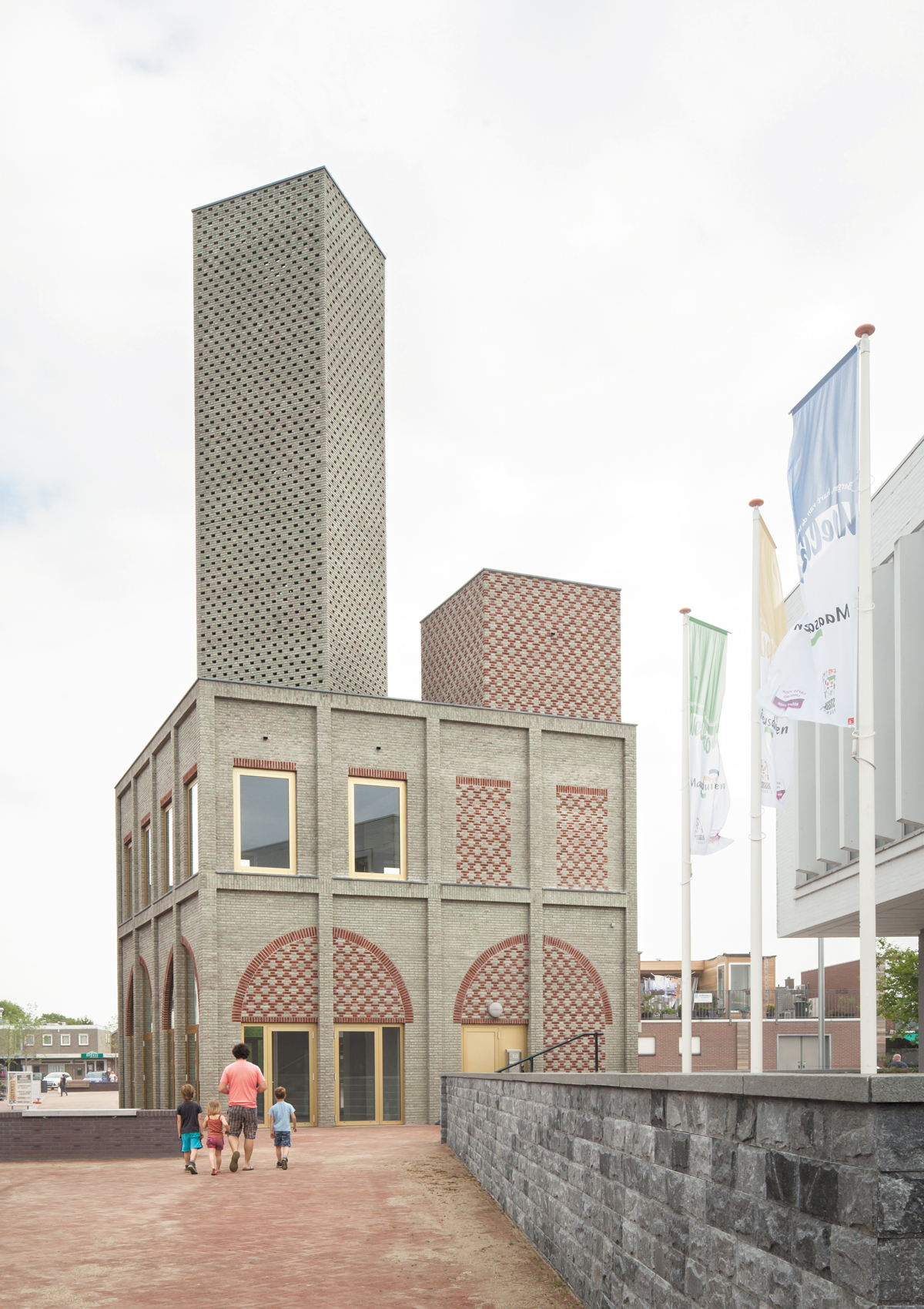 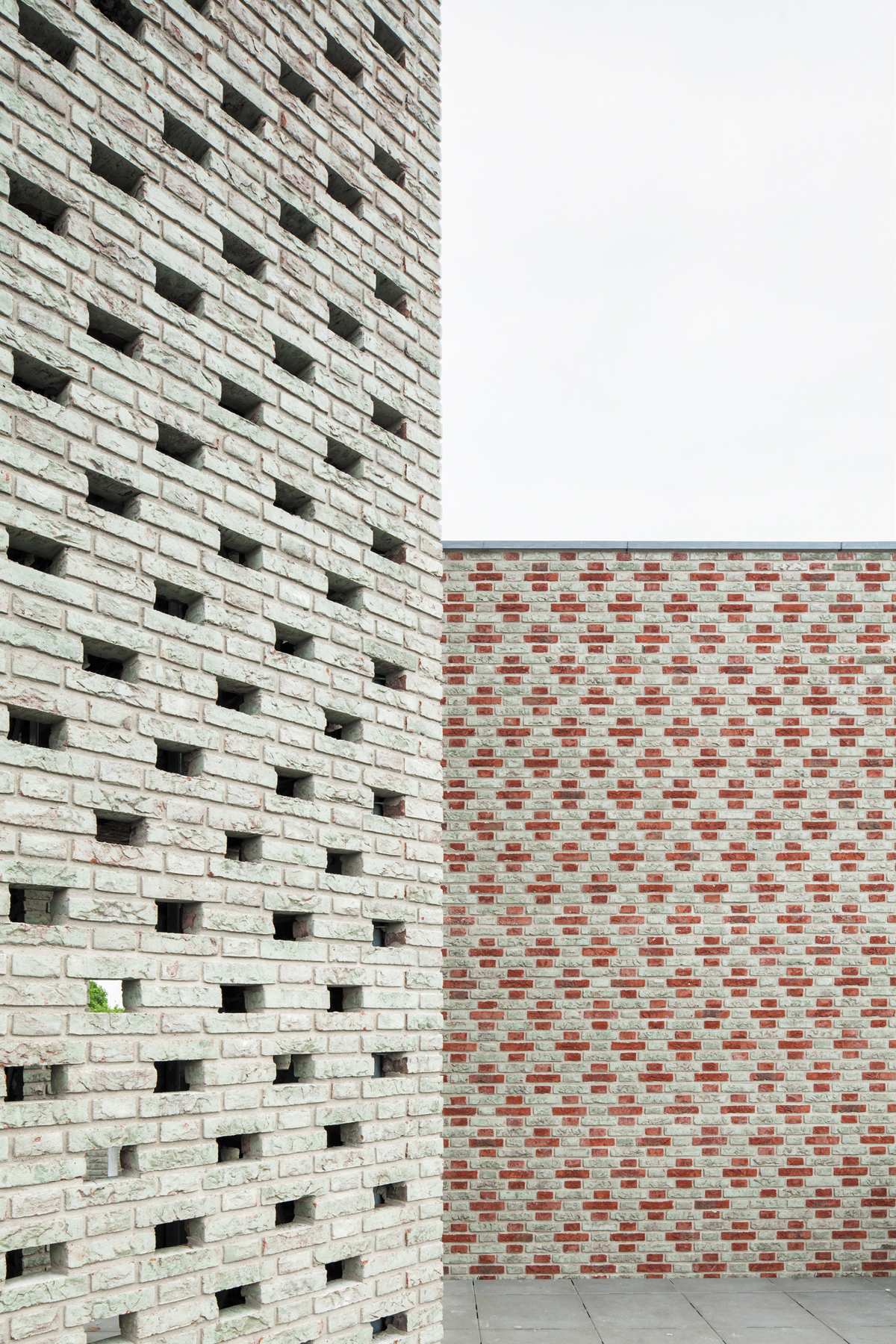 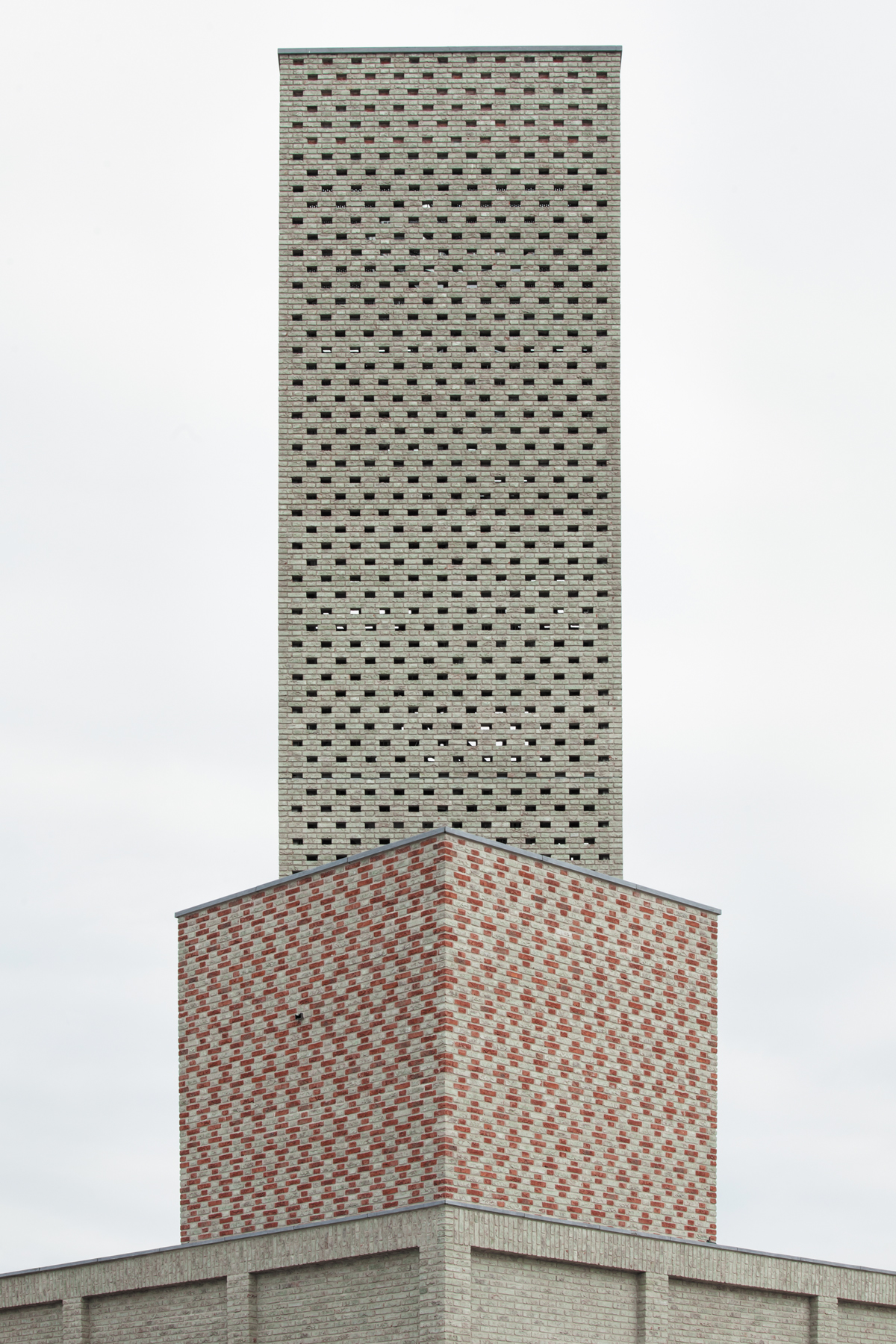 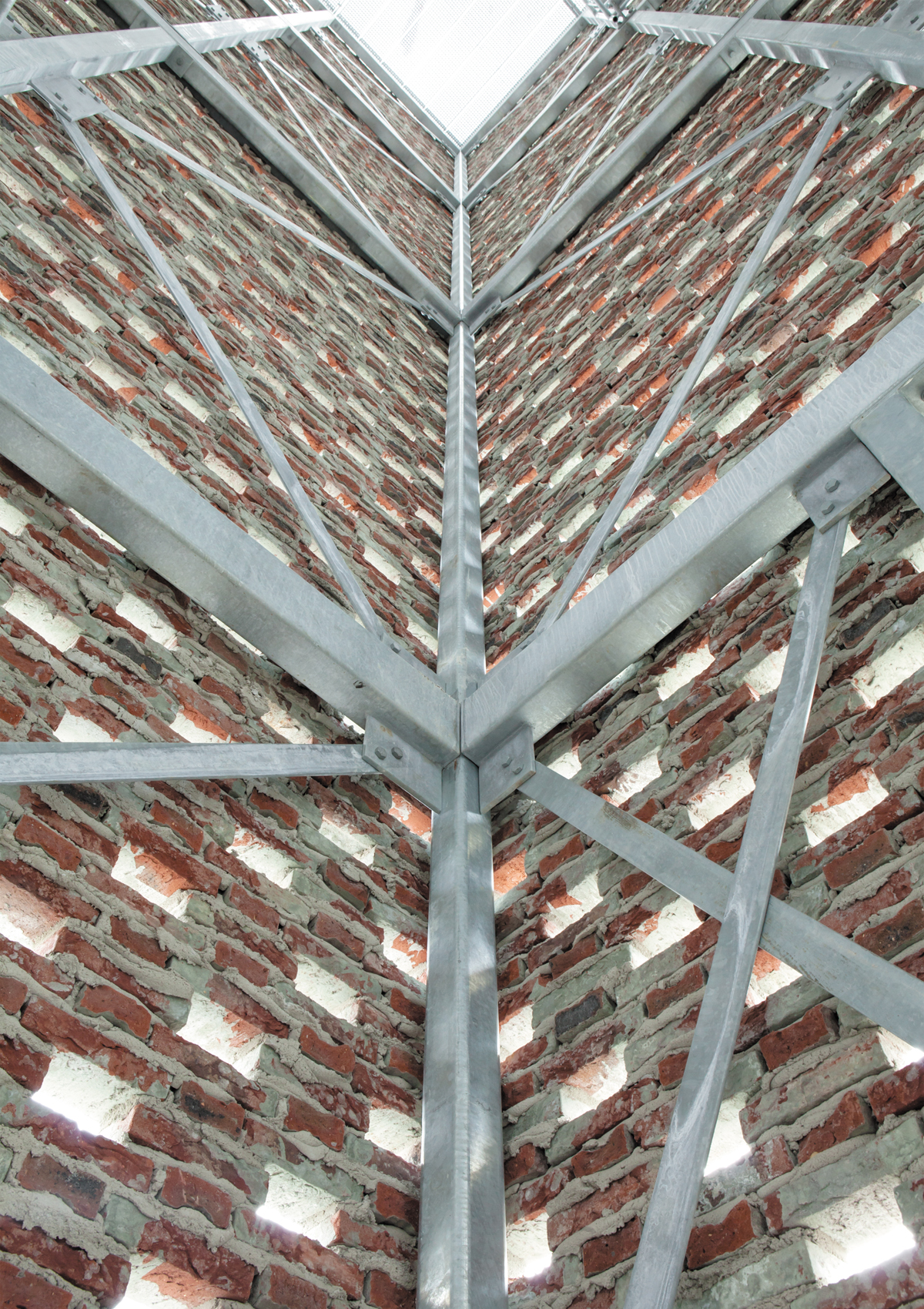 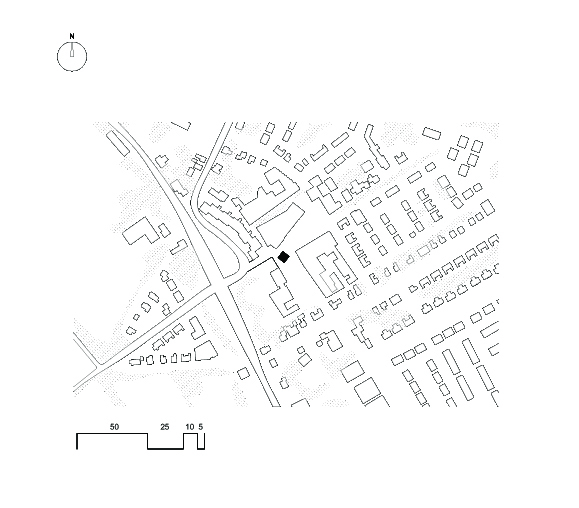 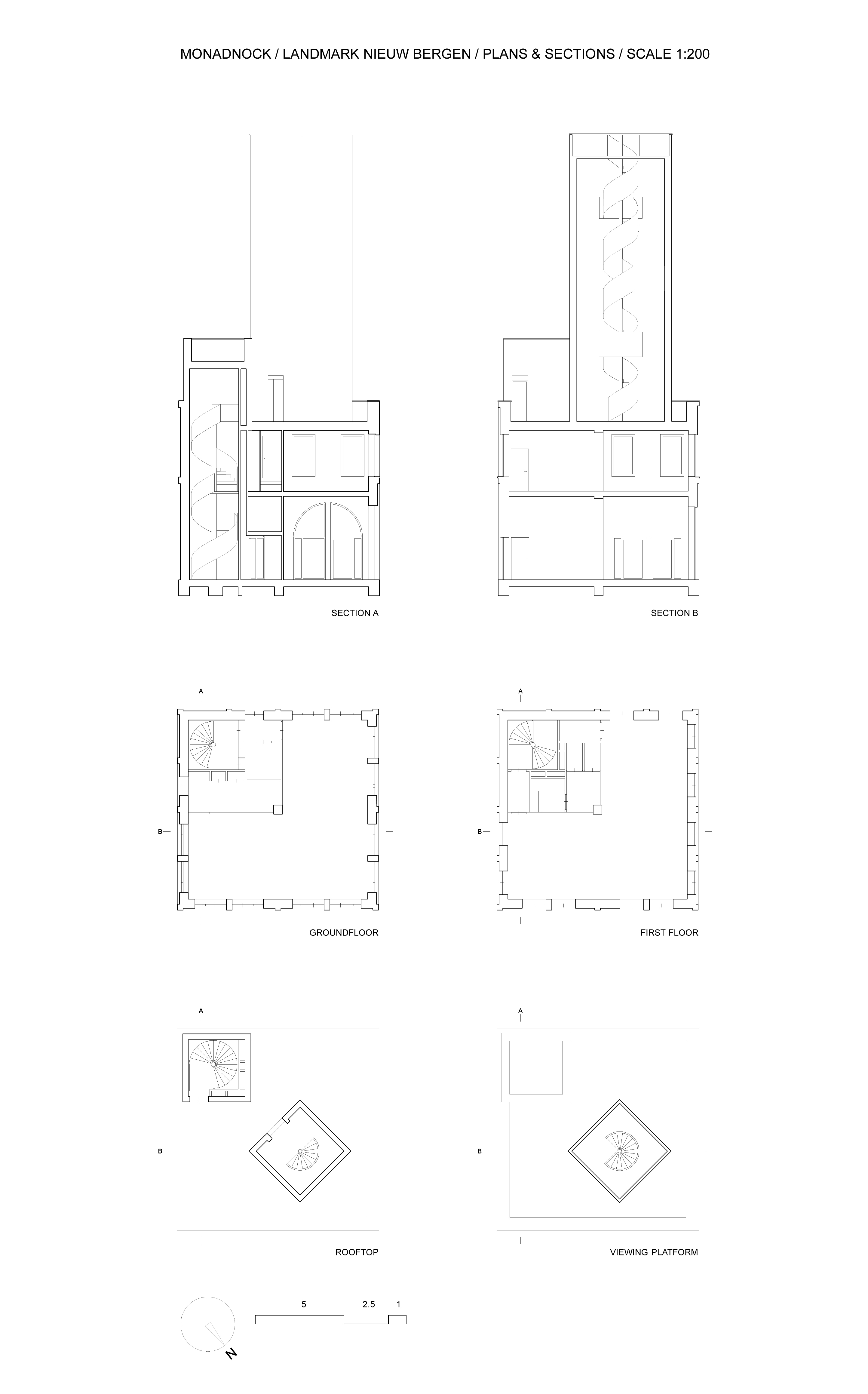 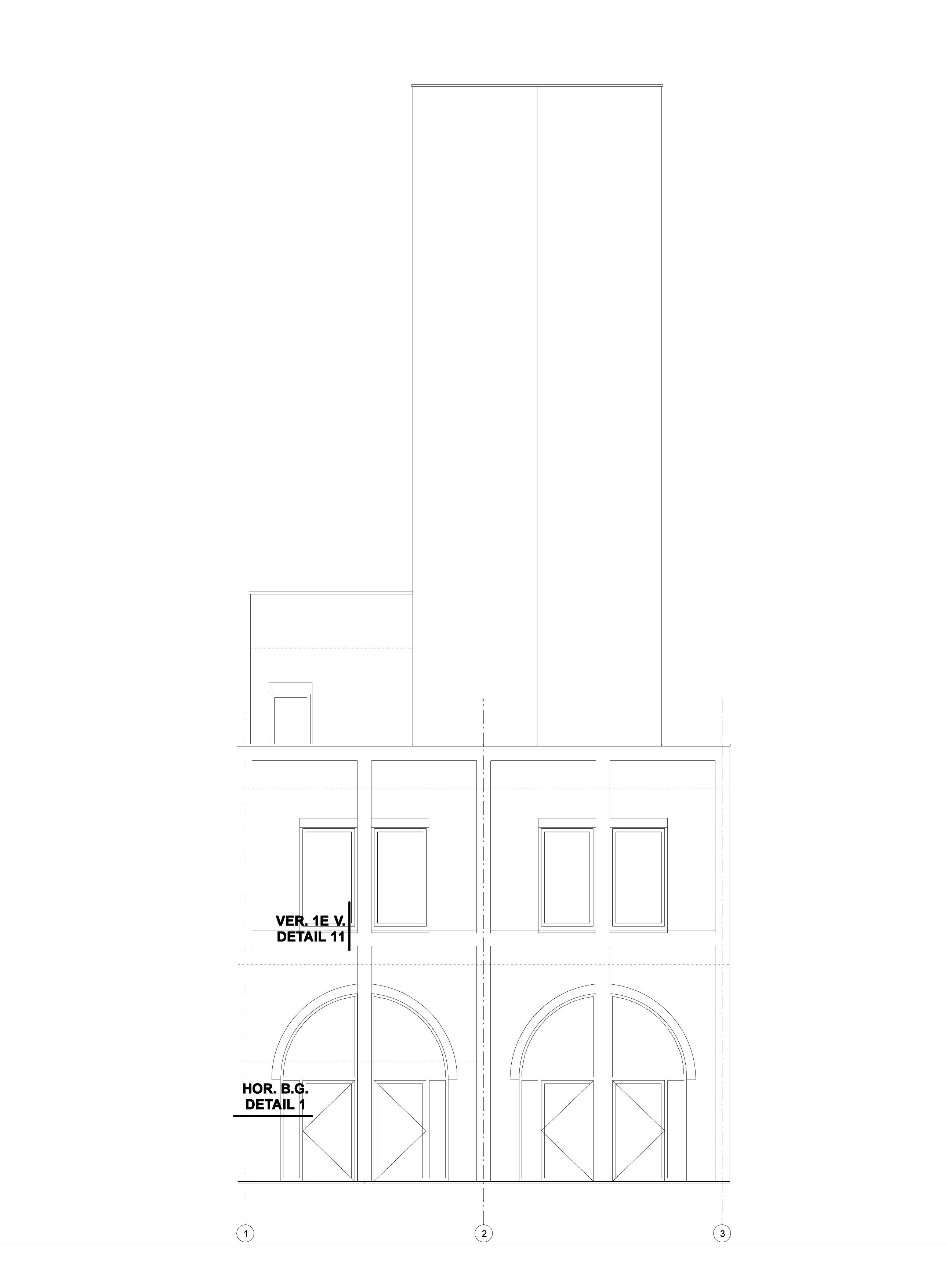 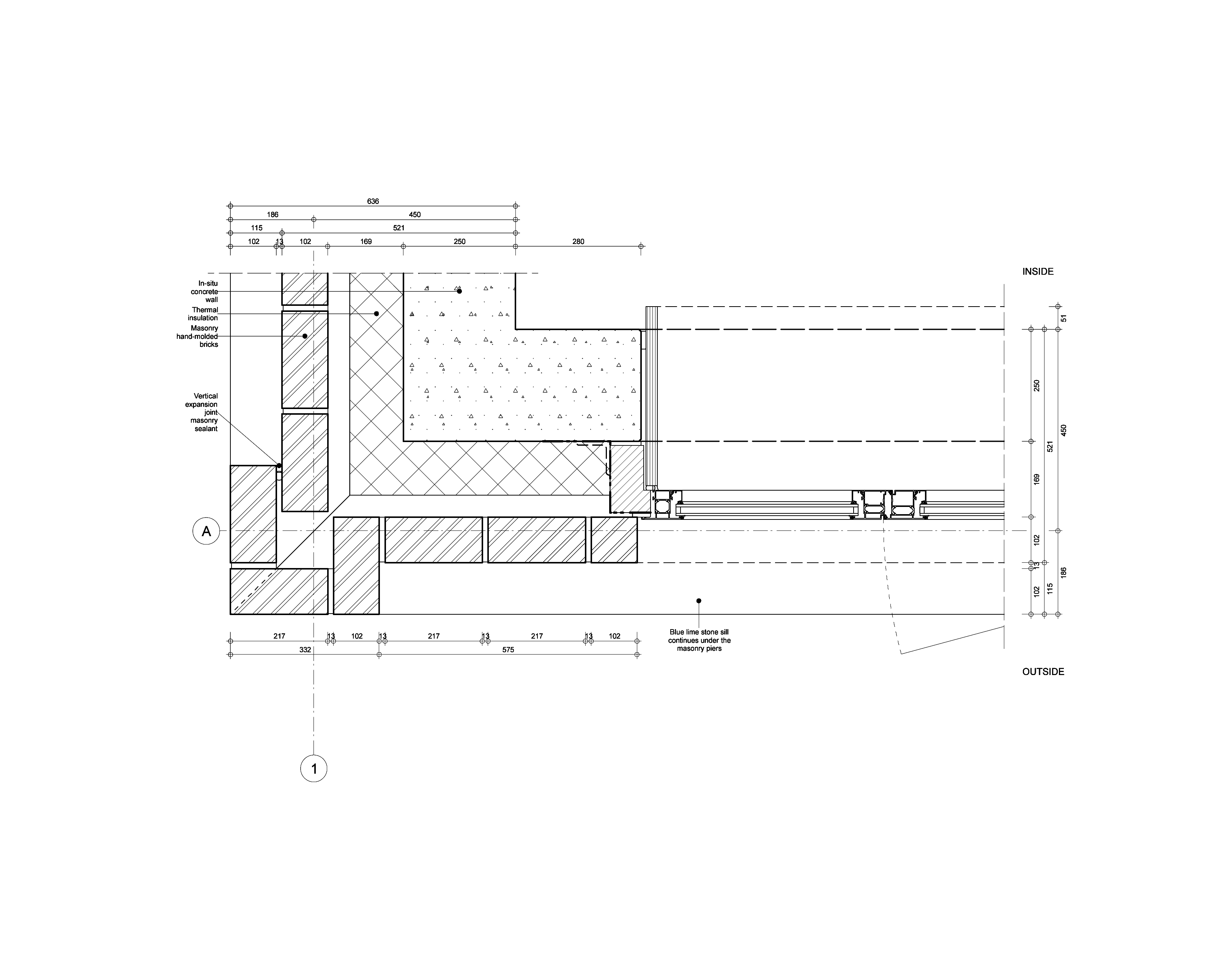 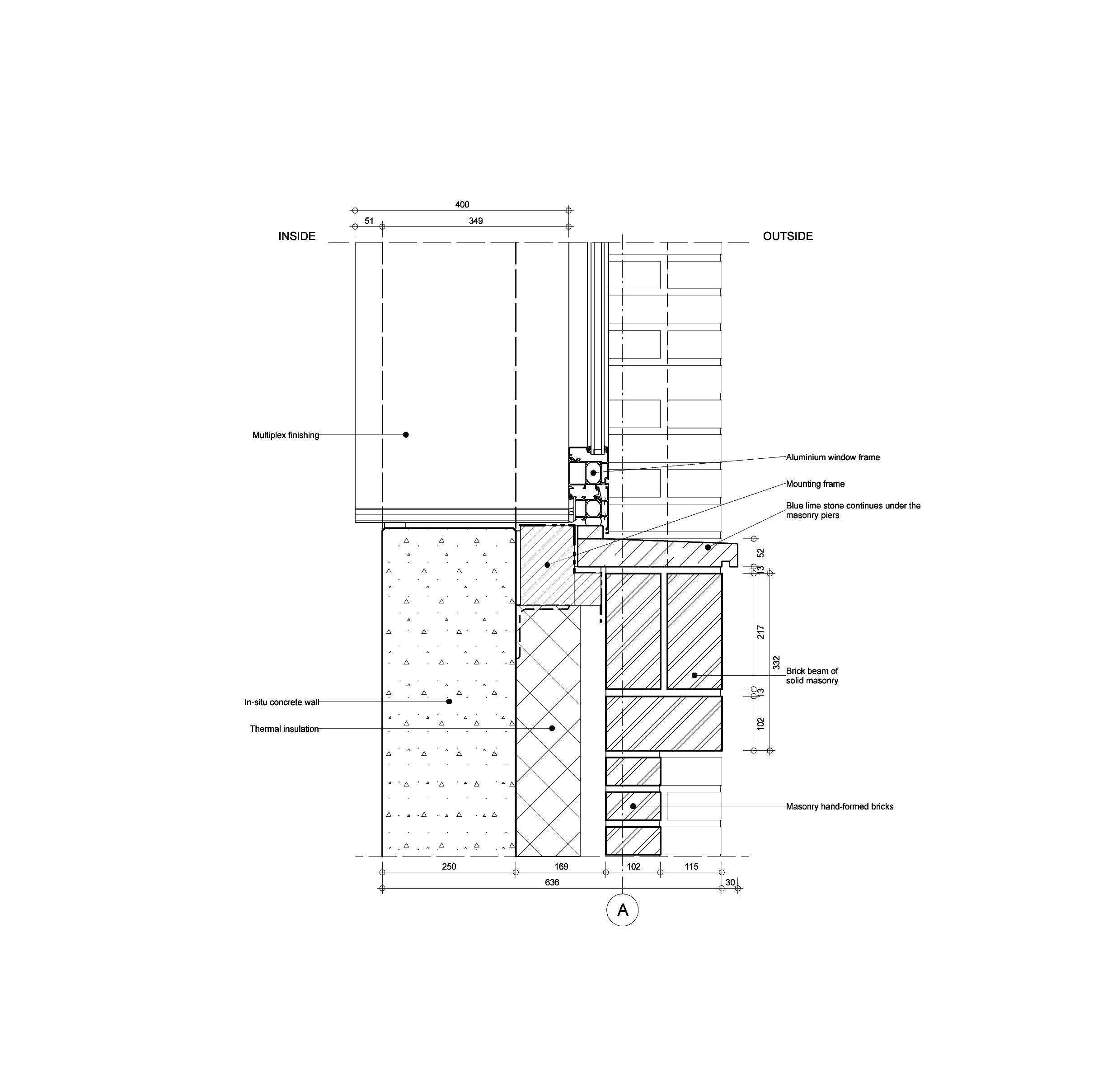 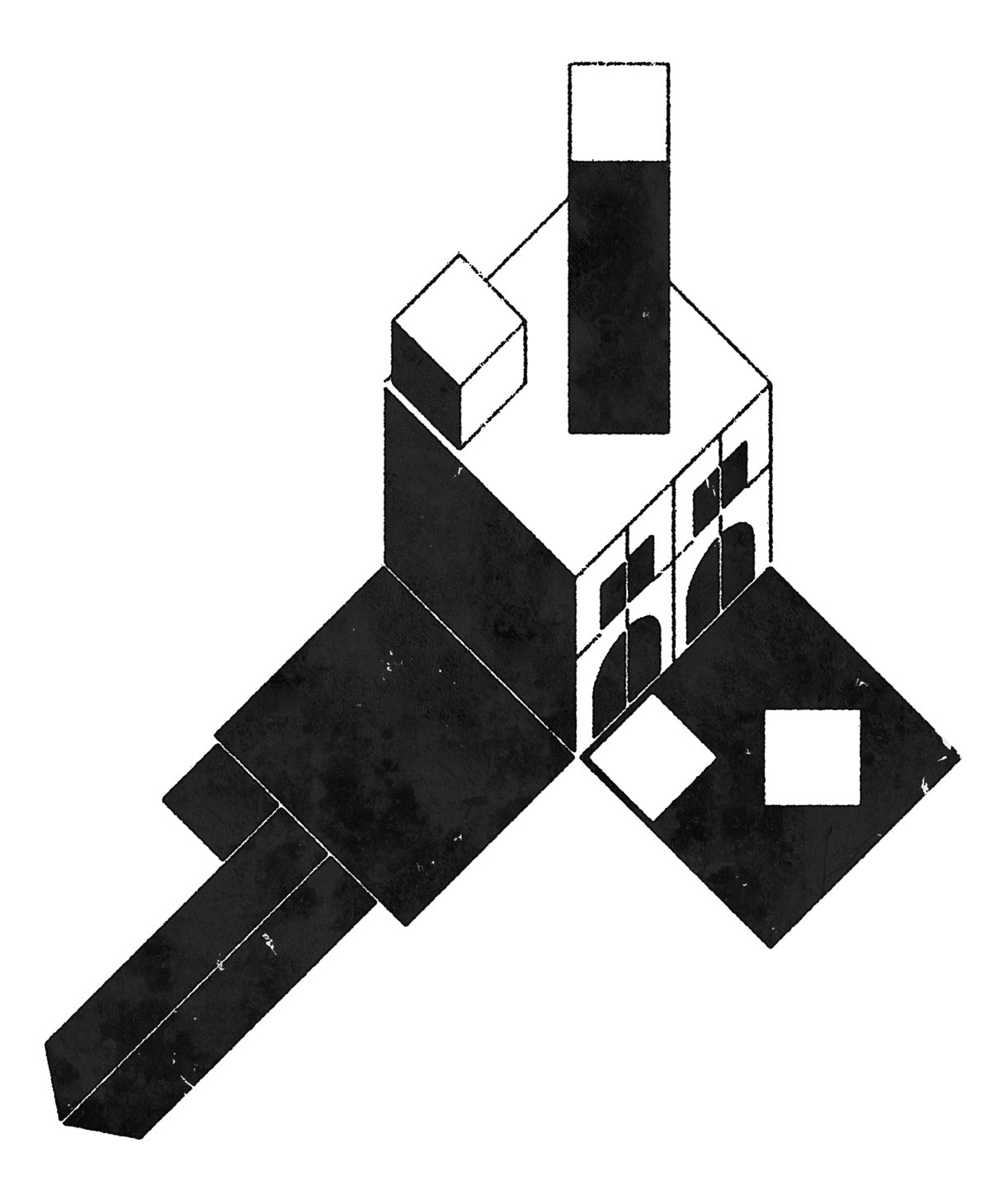 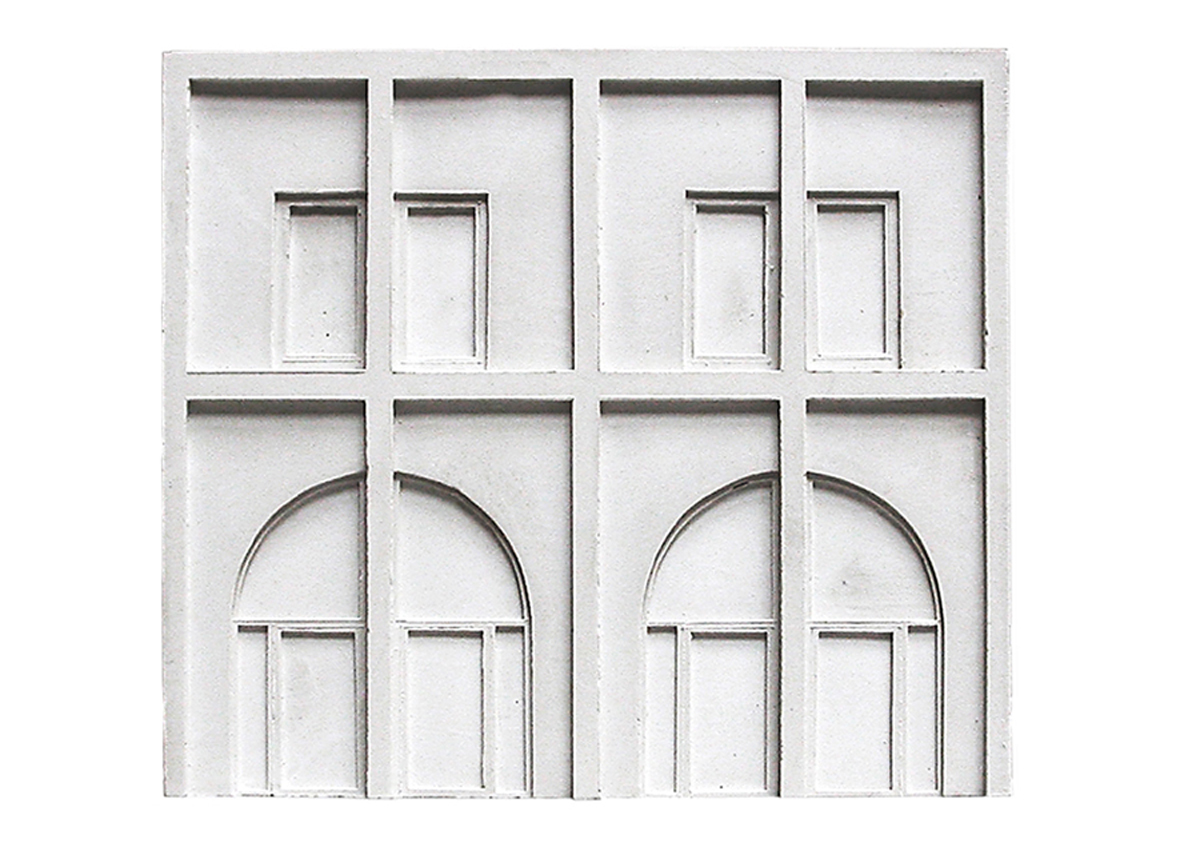