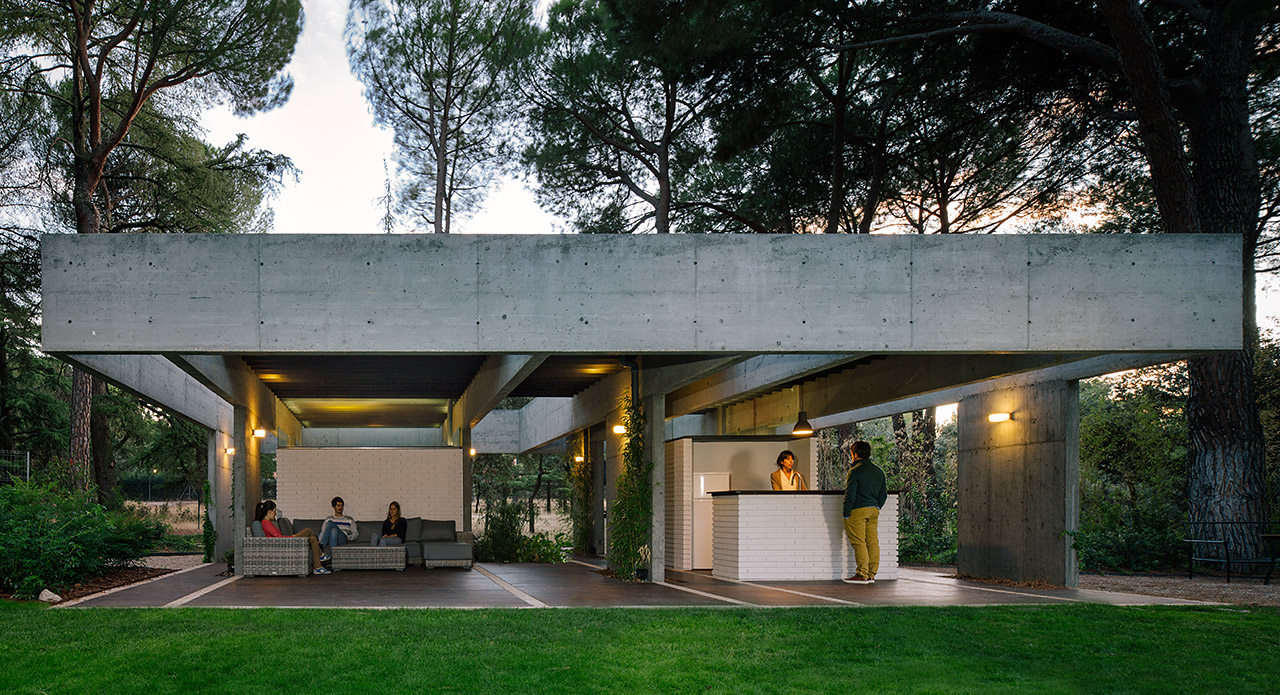 This small pavilion is the product of a series of circumstances, needs and interests unexpectedly crystallized in the summer of 2013. Its final configuration largely responds to the implementation of a certain speed of response. The commission was signed in May, and the primary structure was already built in late July. The urgency required by the property greatly increased uncertainty about the variables that would define the process. Thus, it was necessary to establish a system project flexible enough to assume changes during the building process but, on the other hand, with a strong and unequivocal character, in order not to leave the image of the building at the mercy of subsequent circumstances. Therefore, we decided to explore the possibility of building a ‘spatial field’ through a powerful and naked structure, imposing from the outset its own rules to other decisions. The building would be its own structure, oversized and brutalized to acquire from the very beginning a final character. The Pavilion’s reinforced concrete structure is only 15 cm thick and is configured through seven screens and nine beams with a 15 x 105 cm cross section, suspended 215 cm above the ground. The pavilion encloses an area with a 11 x 11 meters’ square plan, at the boundary between a pine tree forest and meadow, and occupies the very same place where an old 50s pavilion stood until it was demolished in 2011. The geometrical order of this ‘field’ follows those of other projects developed in the office. This structural canopy is organized in strips which are parallel to the direction that takes you from the forest to the prairie. This is reflected in the slab that provides support for the floor, which is punctured at some places to allow the vegetation to grow. Small brick boxes, independent from the structure, enclose the more specific functions, and also several parts are covered by a 45º folded metal sheet, offering protection from the rain. The pavilion is transparent, but prominent, immediate in its materiality and flexible in use. 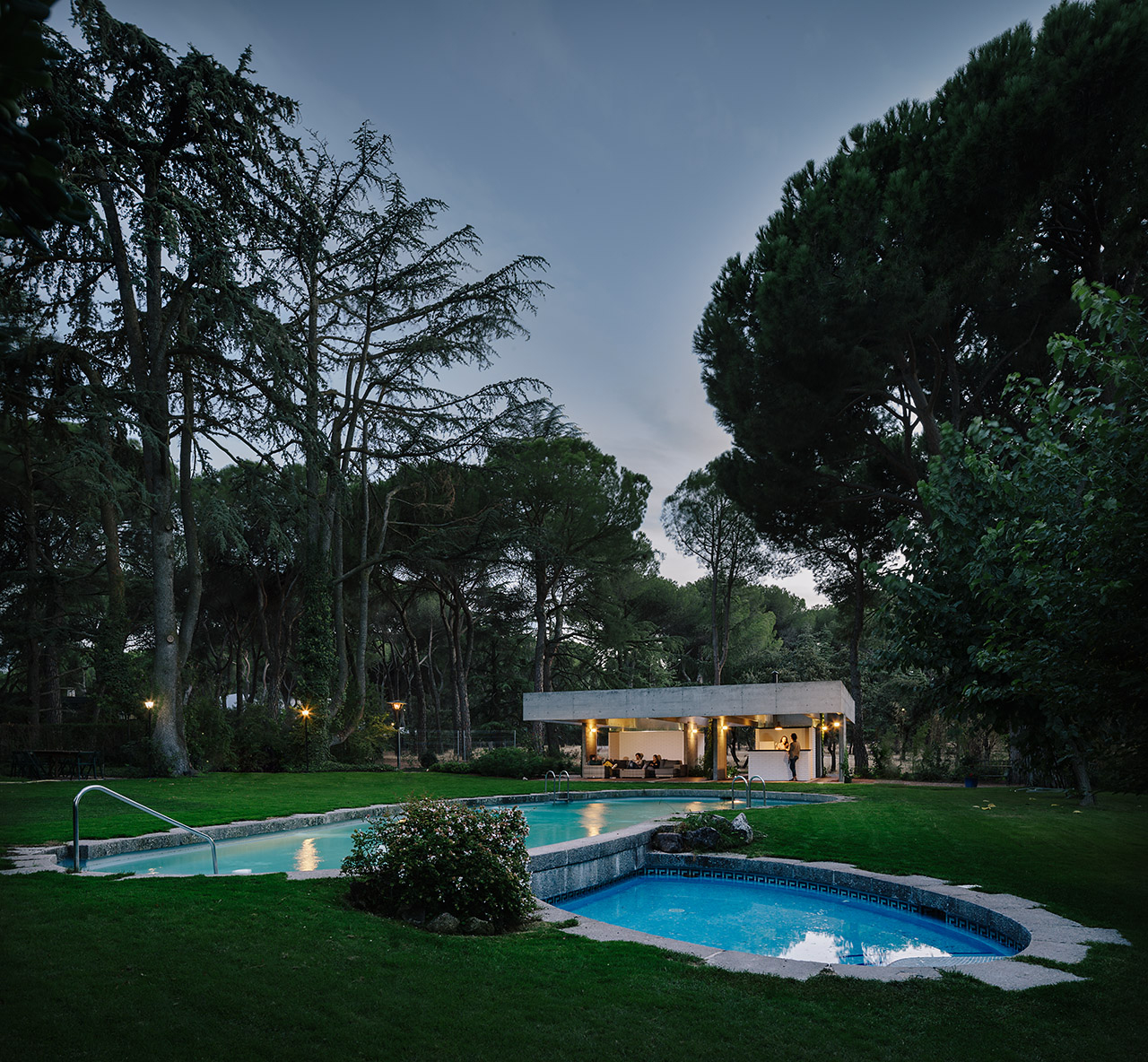 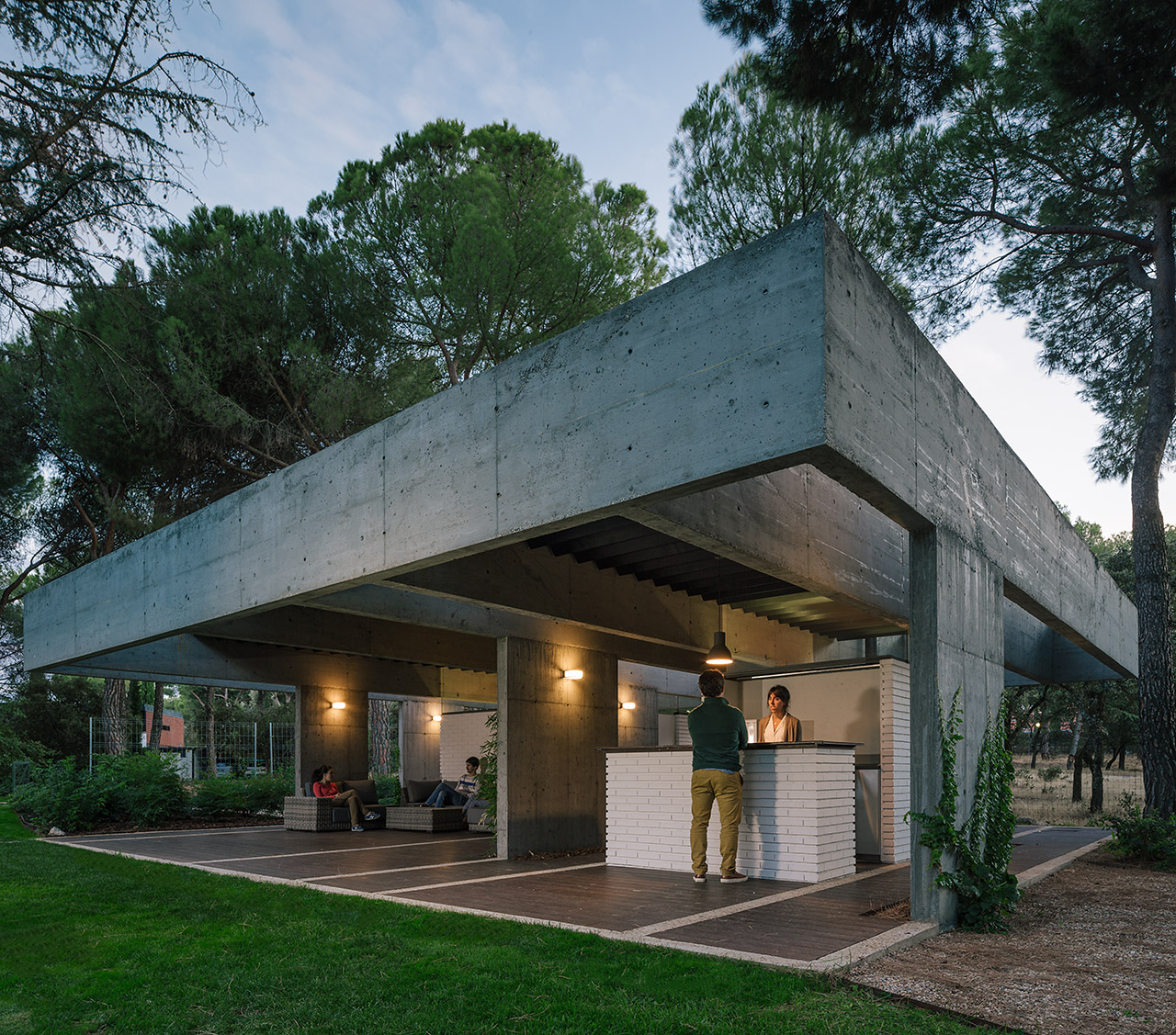 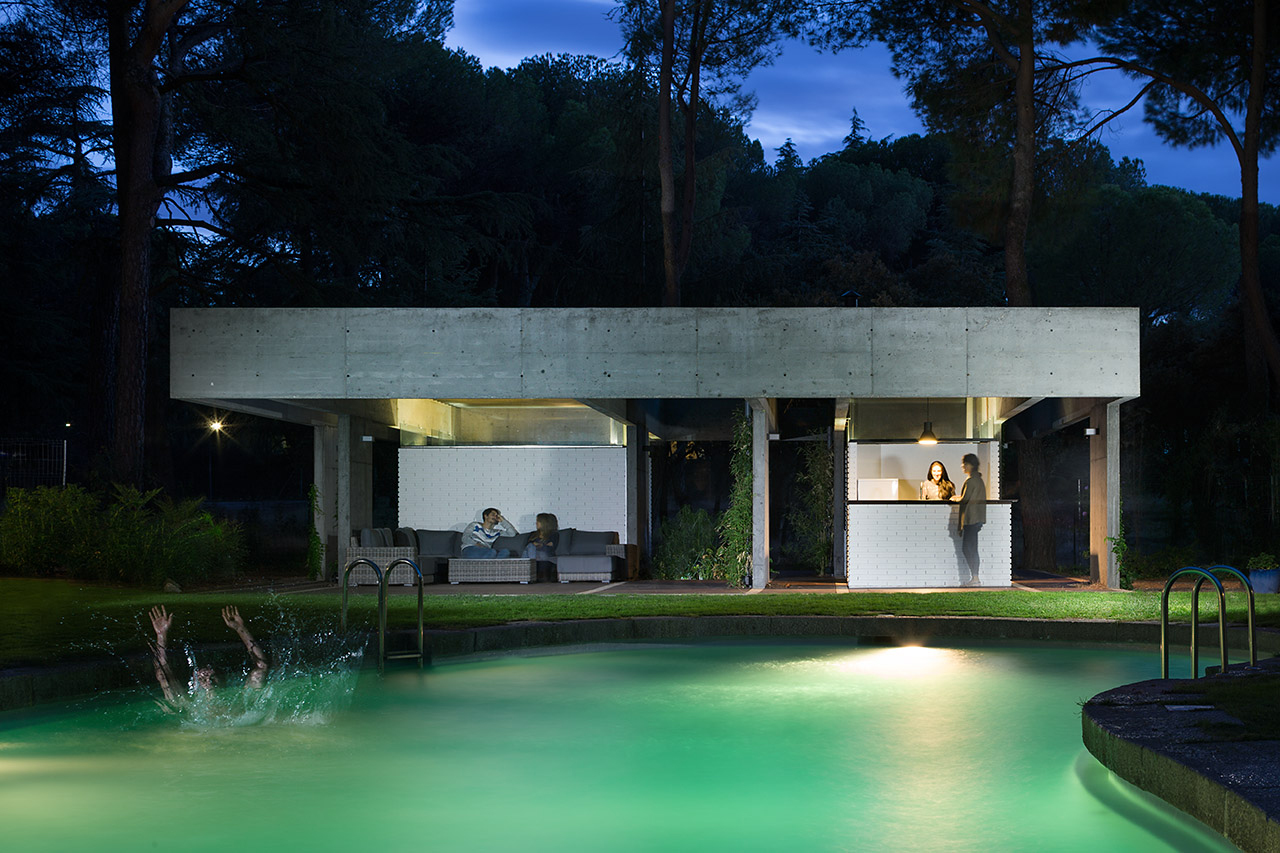 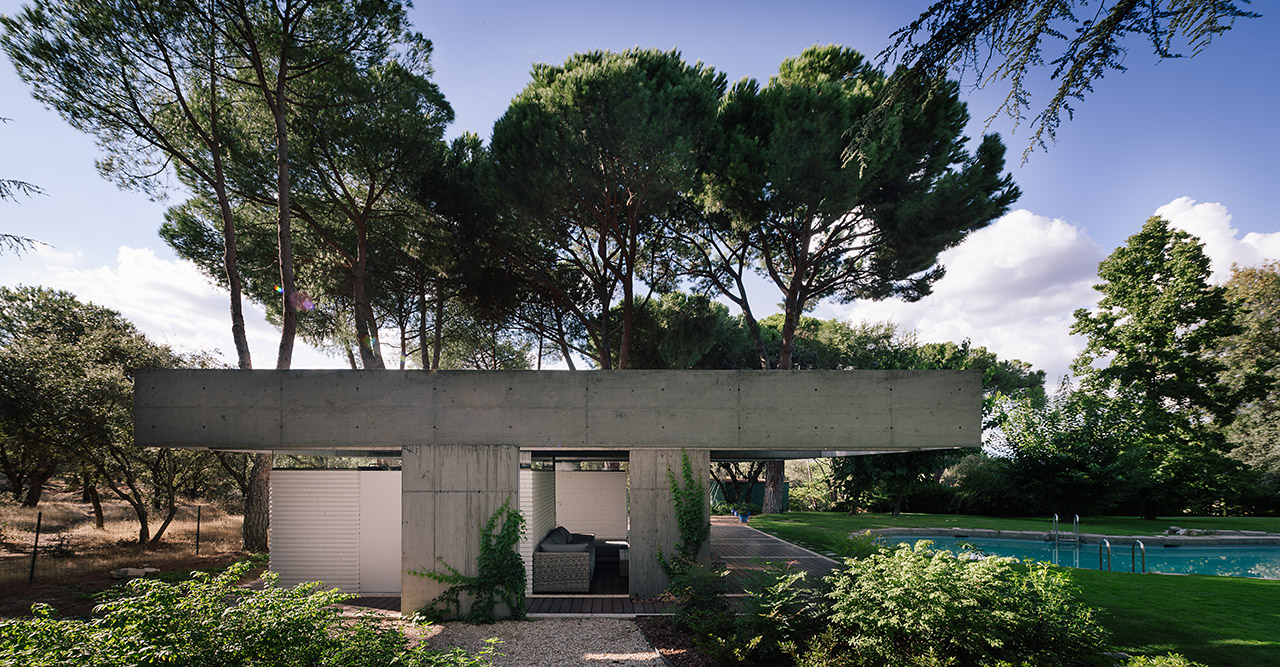 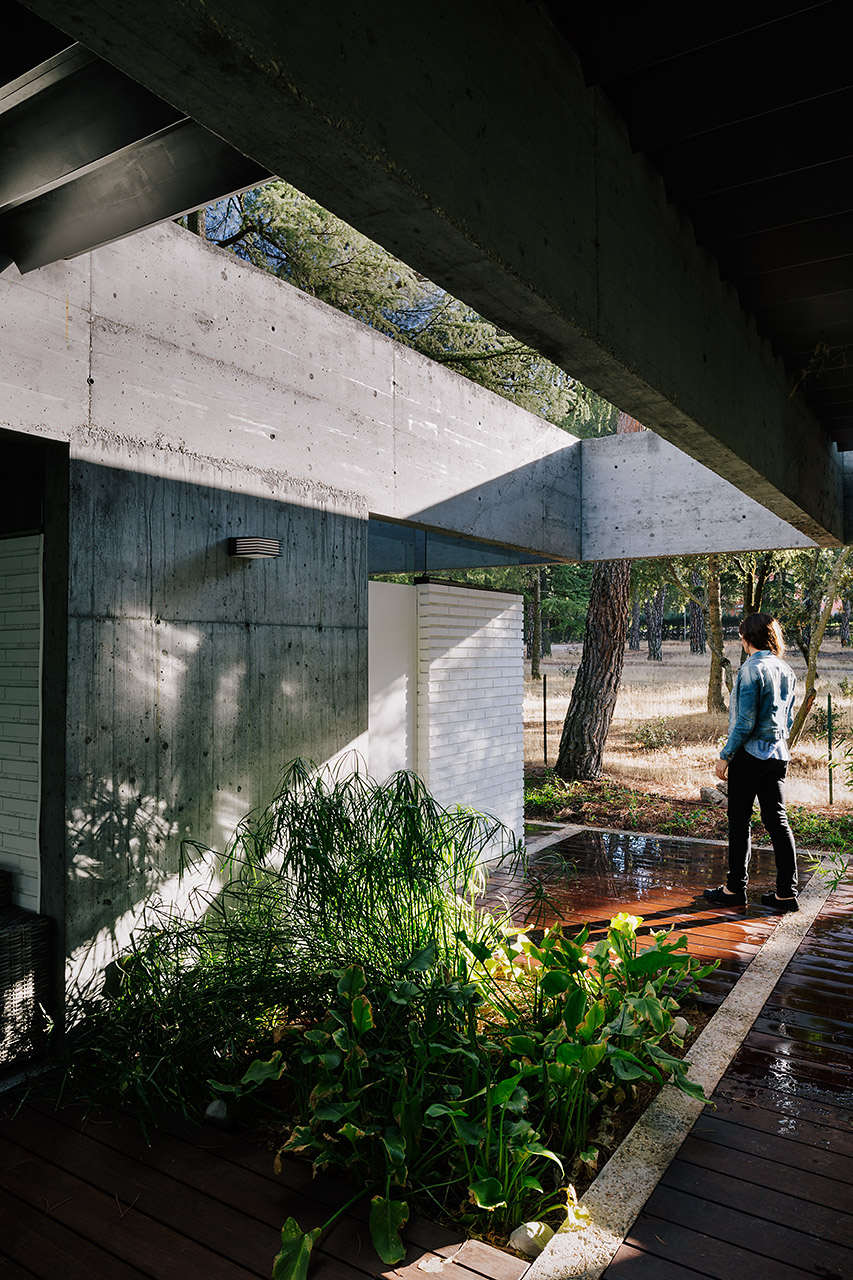 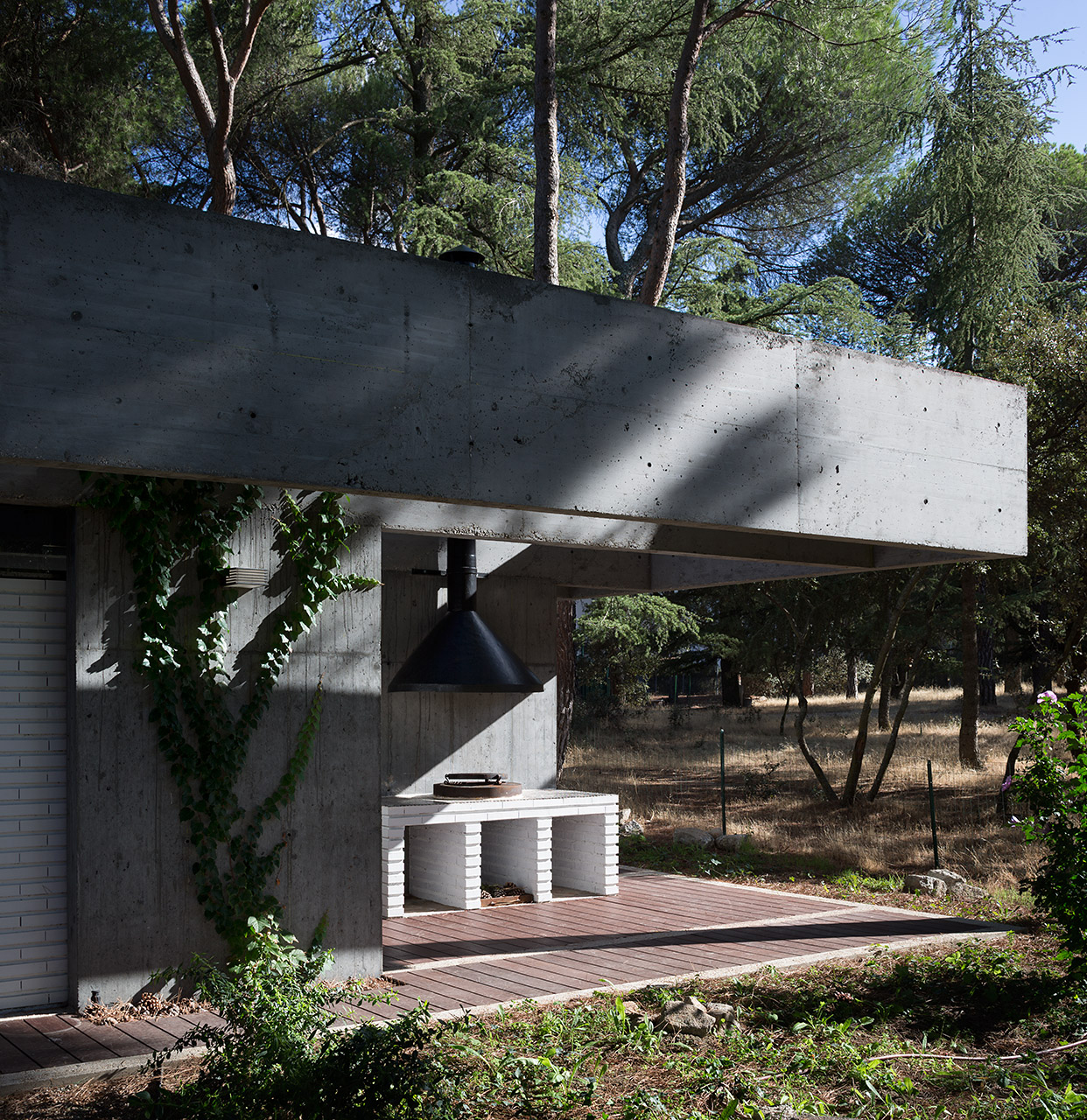 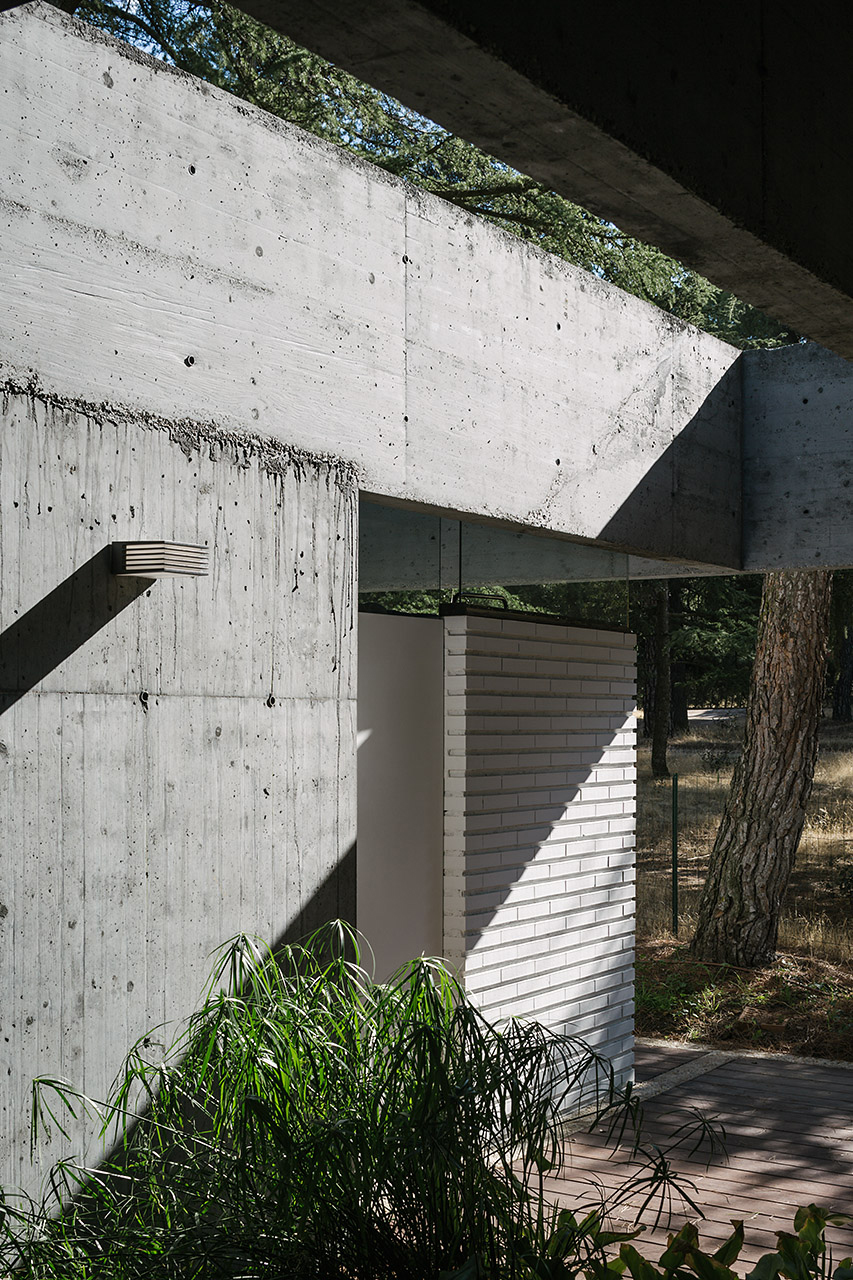 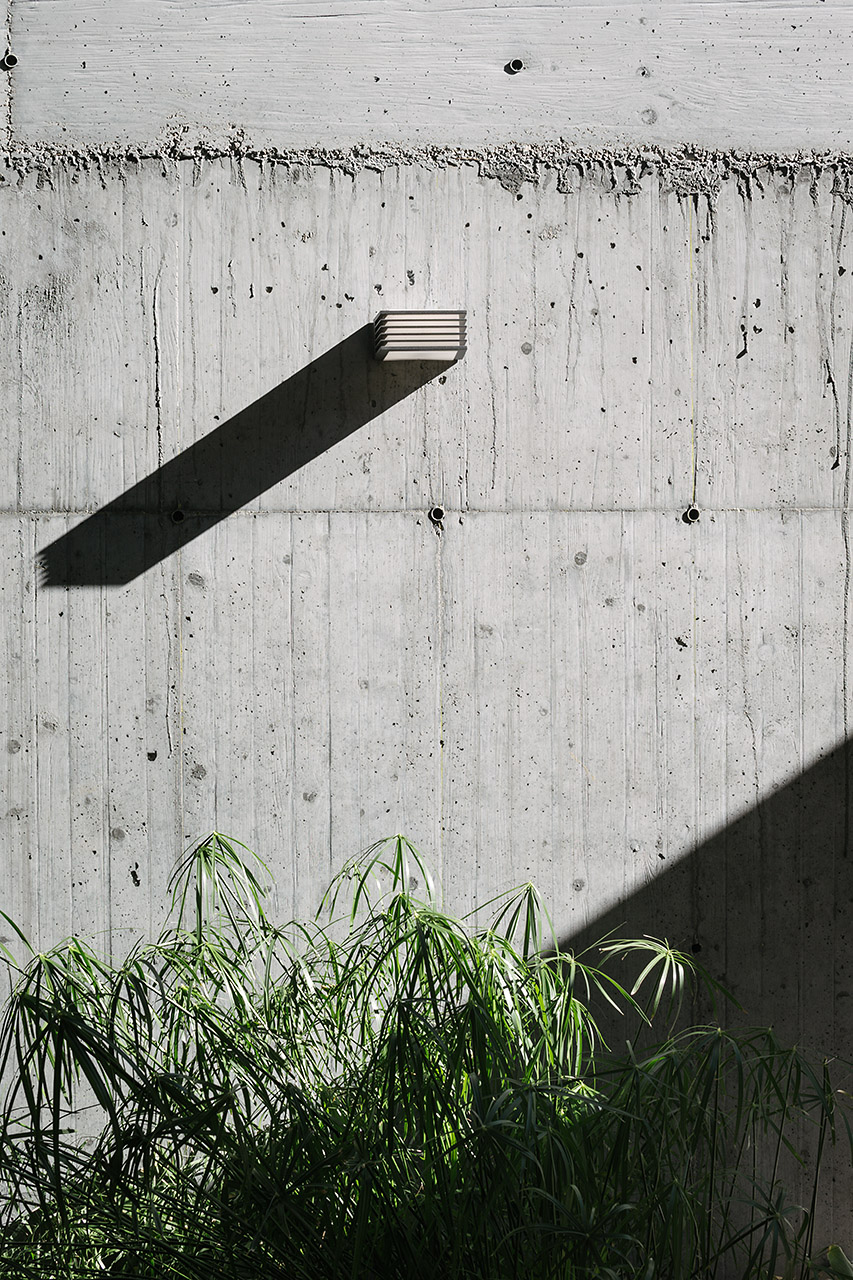 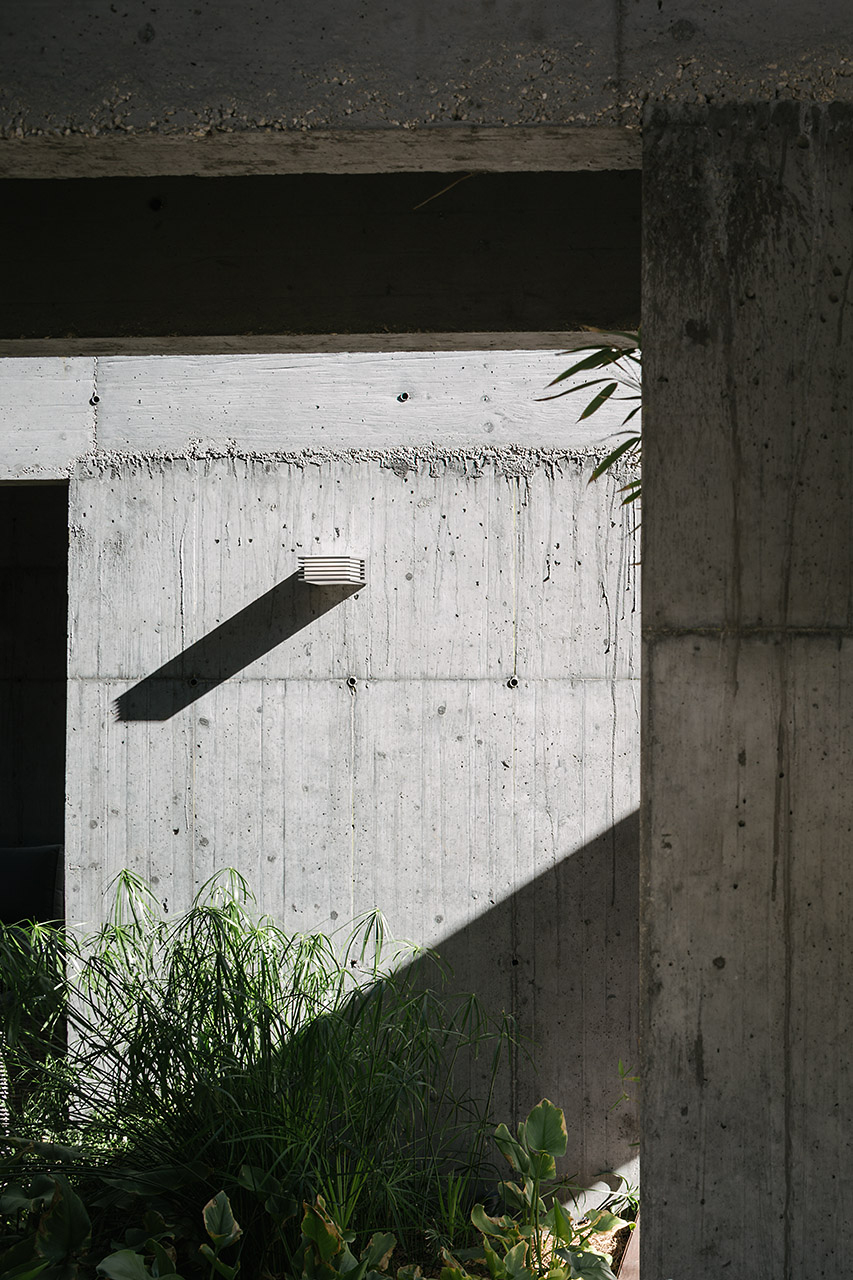 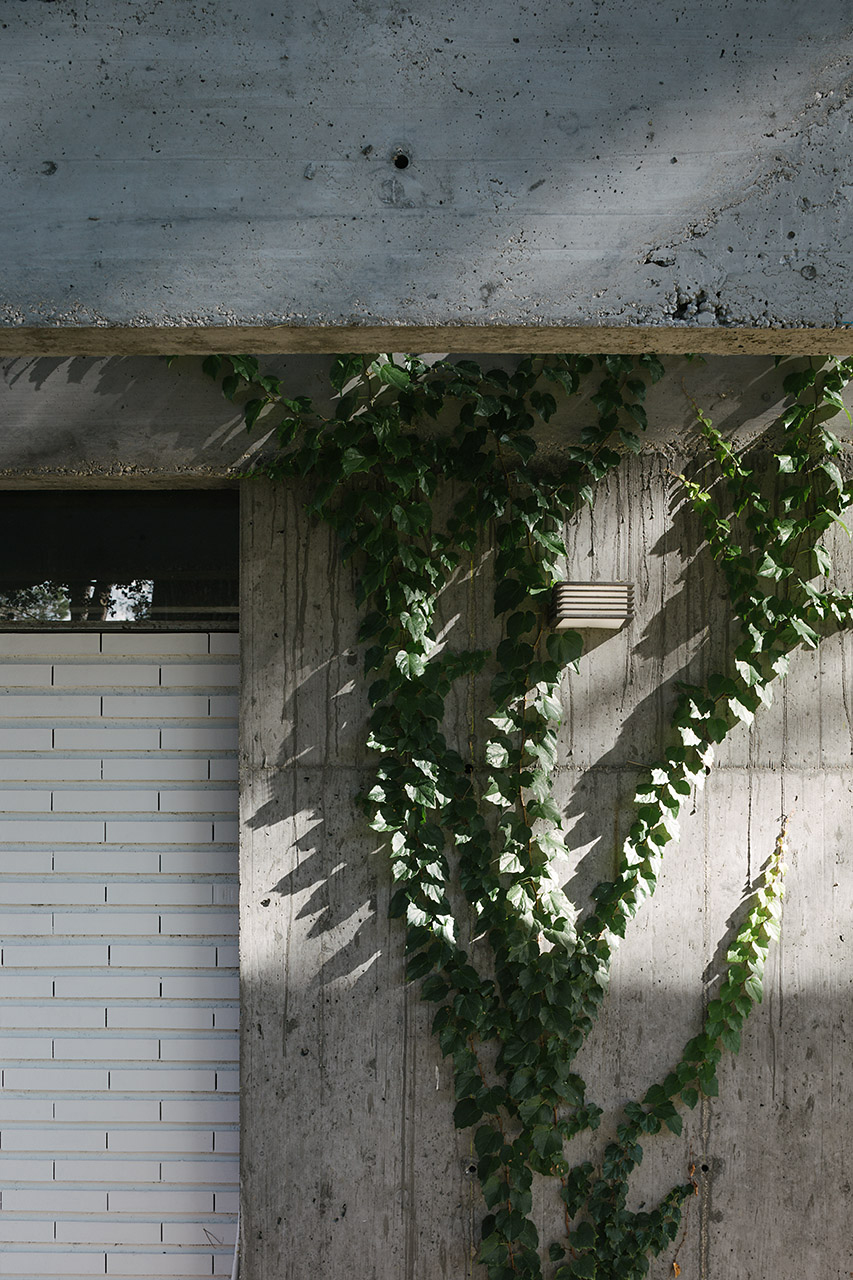 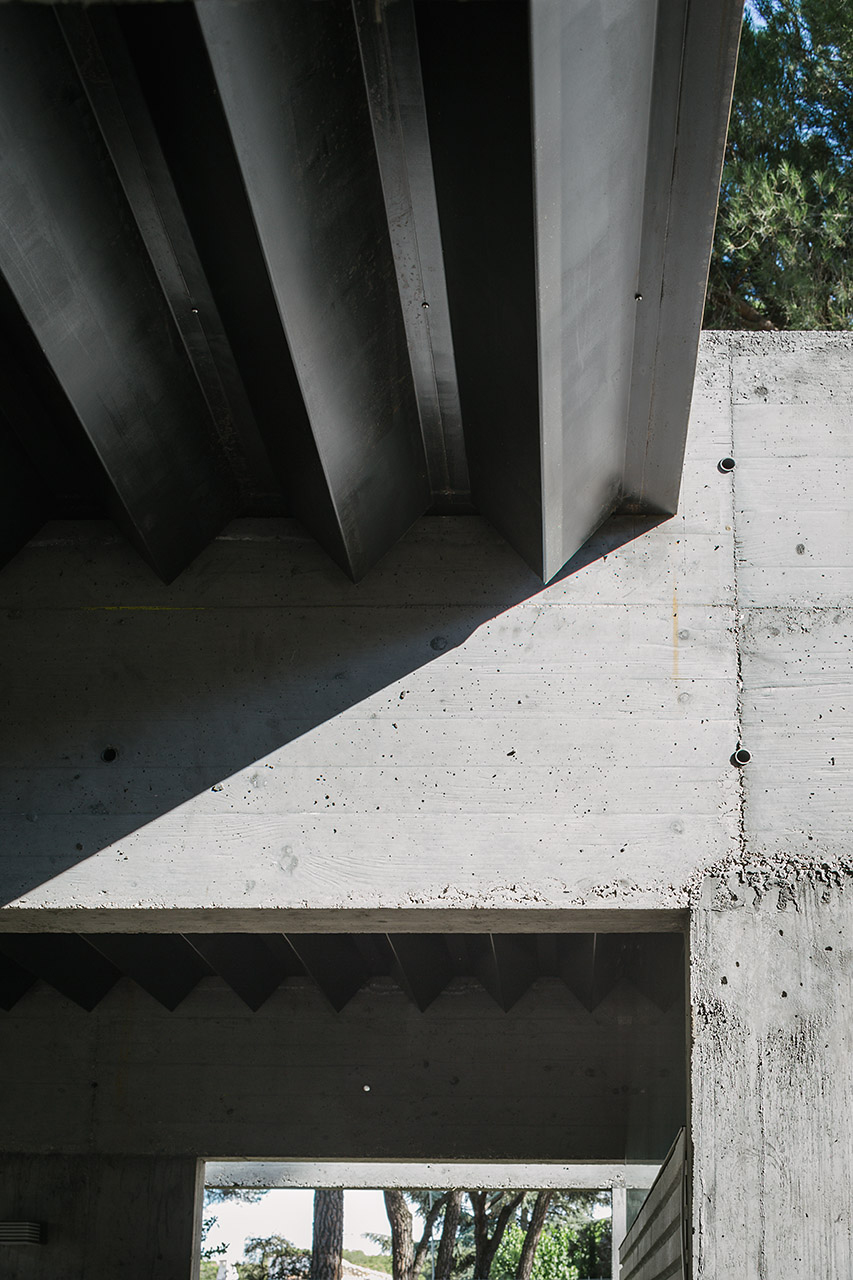 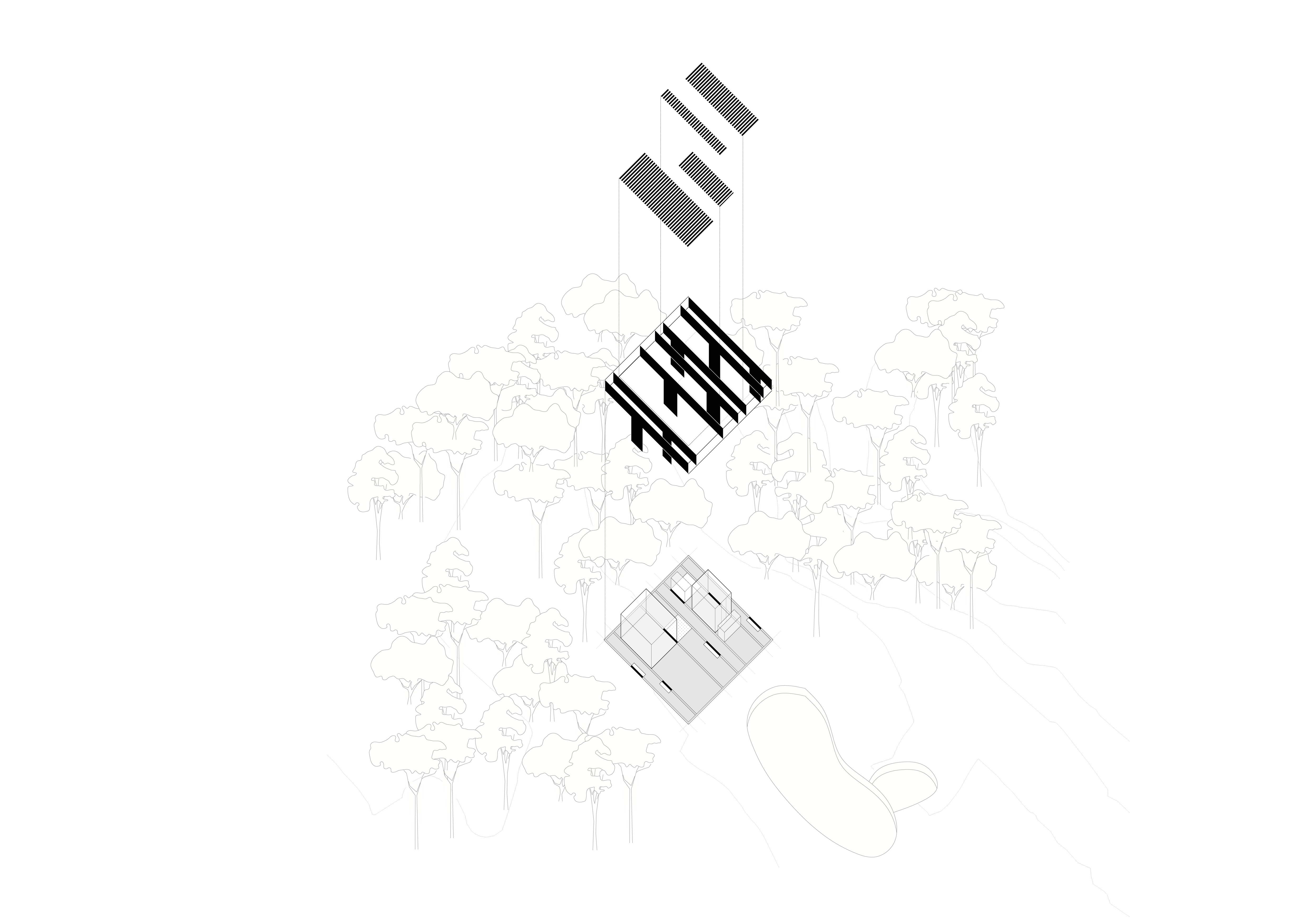 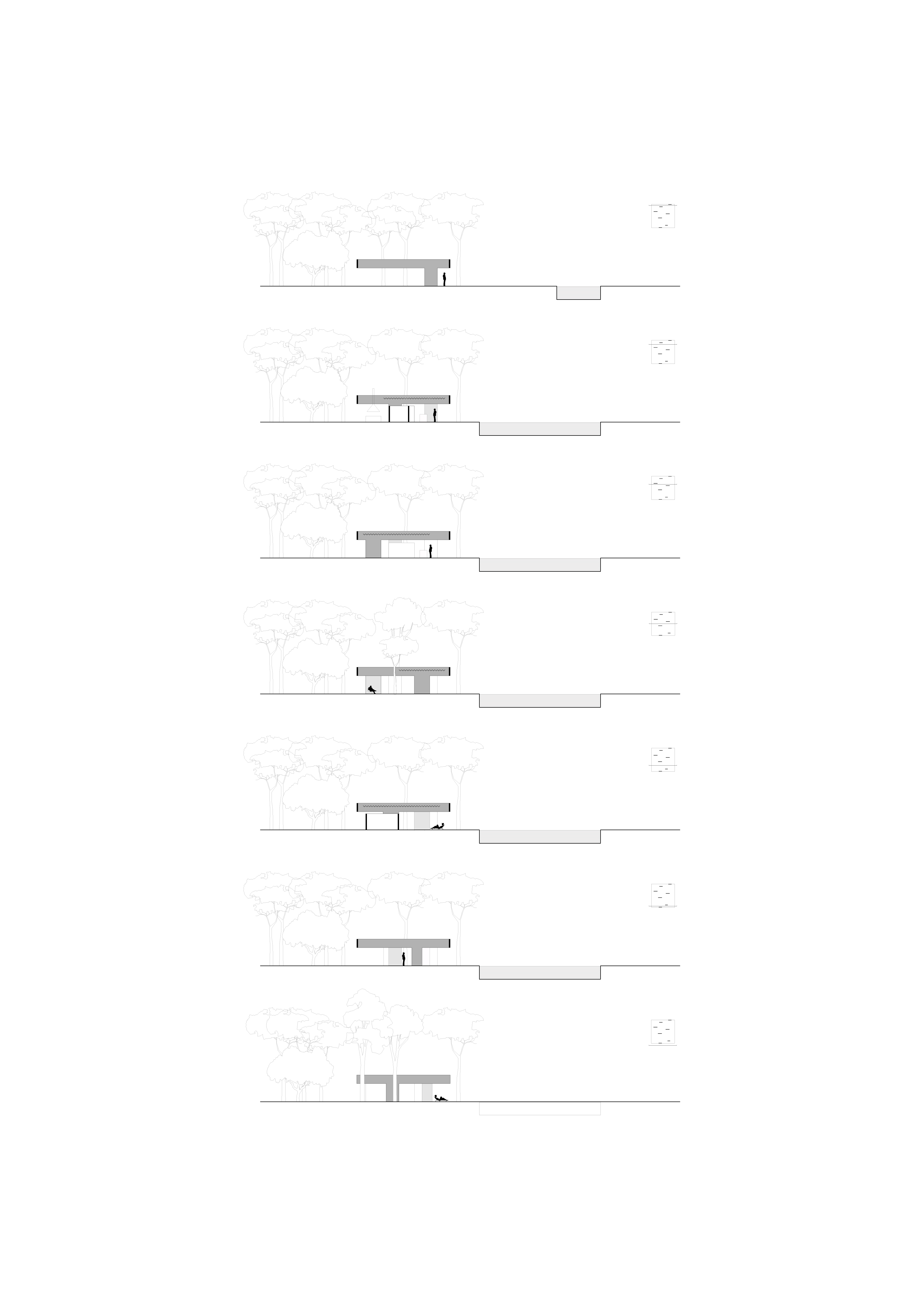 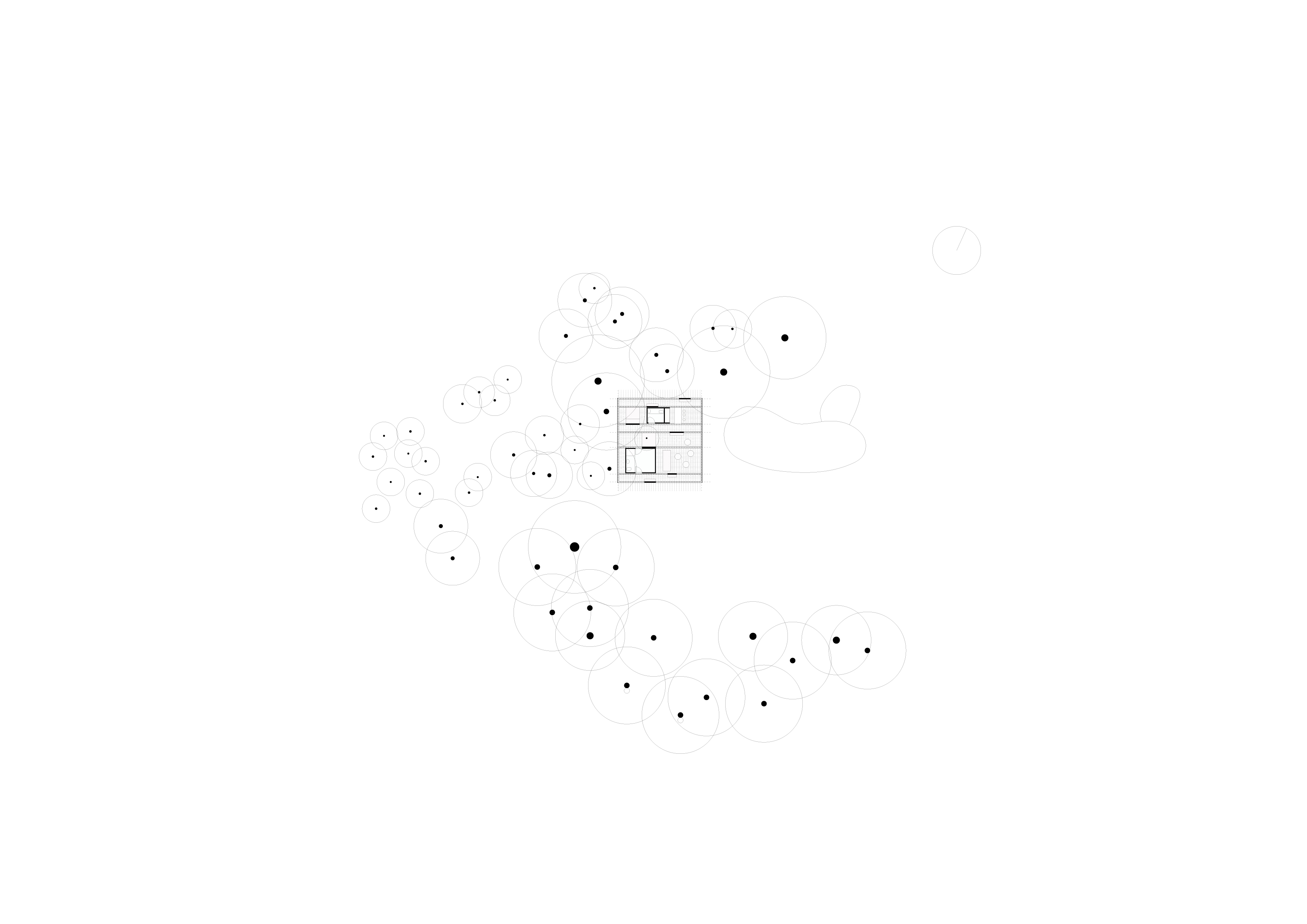