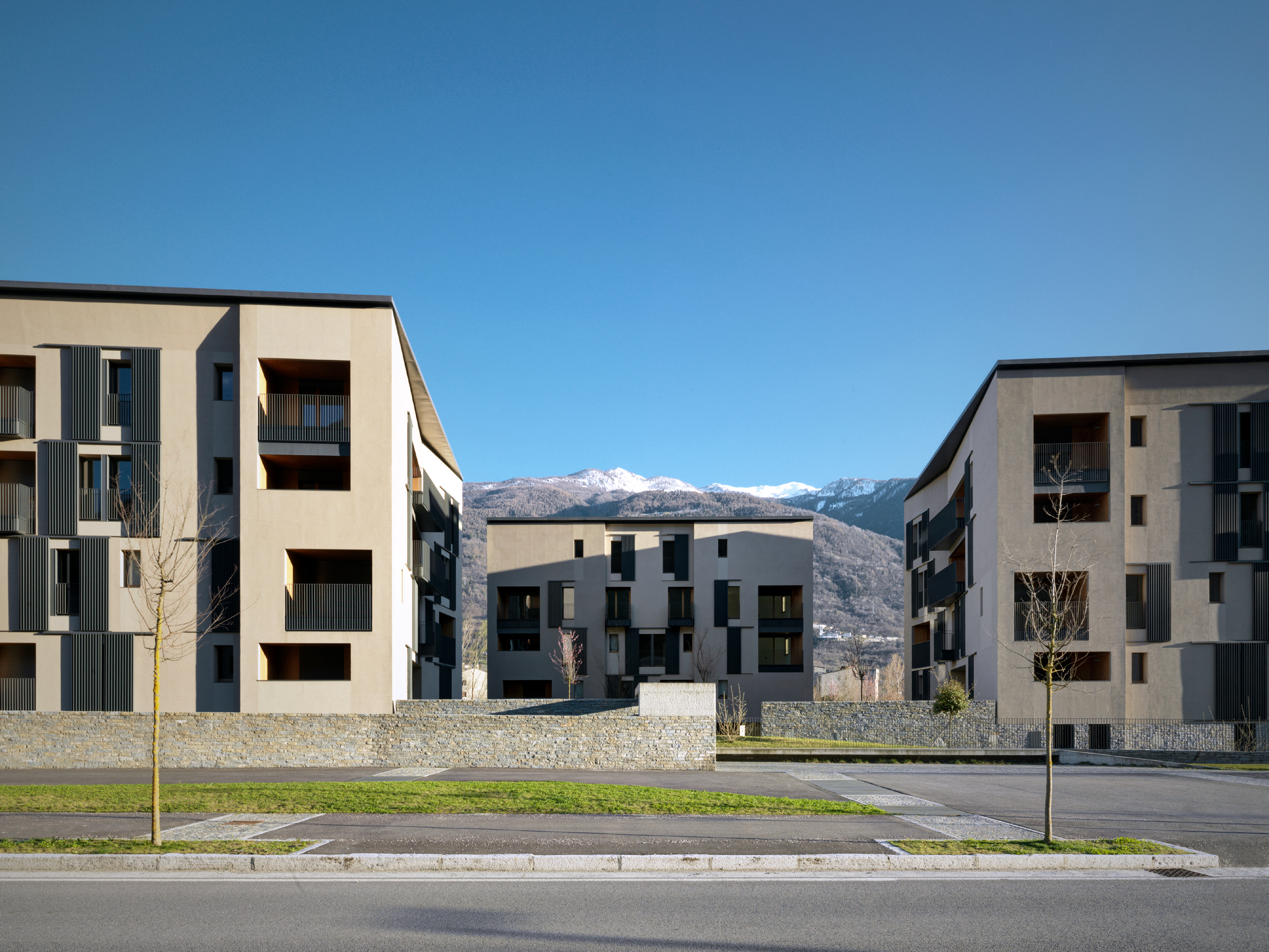 The project is situated in the italian Alps in the outskirts of the city of Sondrio, in between the Mallero torrent and areas of industrial warehouses.

The area, apart from Mallero to the south-east, does not have any important presence that could direct the overall urban planning of the area.

Based on the requirements of the client’s brief  that the project have four independent residential buildings blocks and considering the low quality of the existing built environment except for the presence of the Mallero torrent, a decision was made to design free and independent volumetric spaces. The four blocks were designed to generate a focal point, creating a sense of strong identity  within the existing urban plan.

The residential blocks converse with each other via alignment, perspective gaps, and proximity producing new urban spaces. New urban space connections via pedestrian paths and frontage onto the banks of the Mallero torrent.

To bind the four residential blocks an internal pedestrian path was created. The internal path is placed -150cm below the main street level.

The variation in levels is designed in relation to the internal public space and the entrance to each individual apartments units. The courtyard and garden create an acoustic barrier from the street for the new communal spaces conferring a strong sense of intimacy. The landscaping of the lawns emphasize the desire for privacy.The lowering of the path and entrance to the individual units by  -150cm also allowed an increase of volume within each unit. With the first floor at +150cm above the street level the design confers an emphasized sense of privacy, further enhanced by stone walls enclosing private gardens.The top level of the residential blocks are treated in two different ways. Two of the blocks are duplex with an internal patio, the other two blocks are attics with roof gardens. The plan of each unit and the design of the facades give a recognizable identity to each apartment. 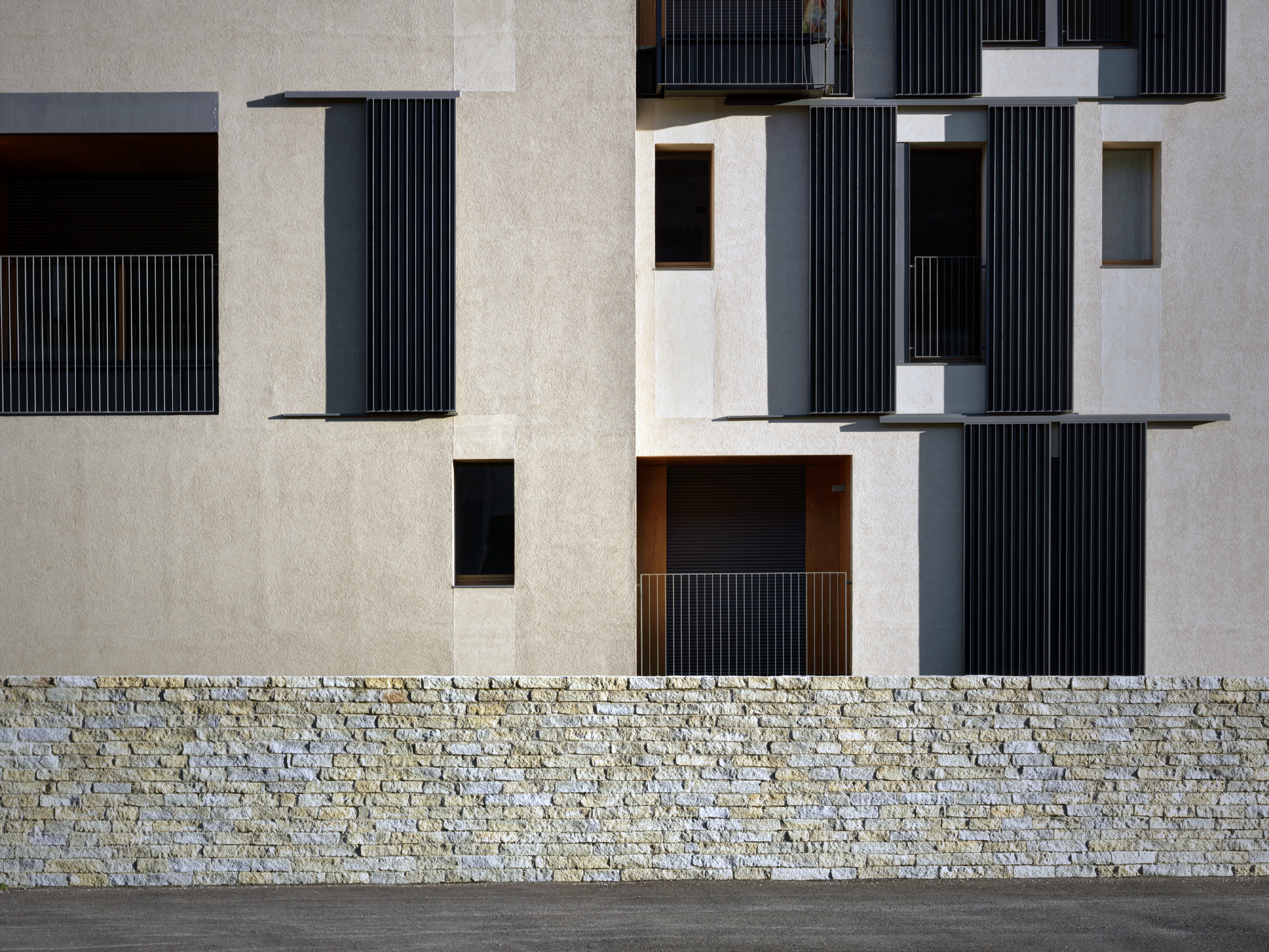 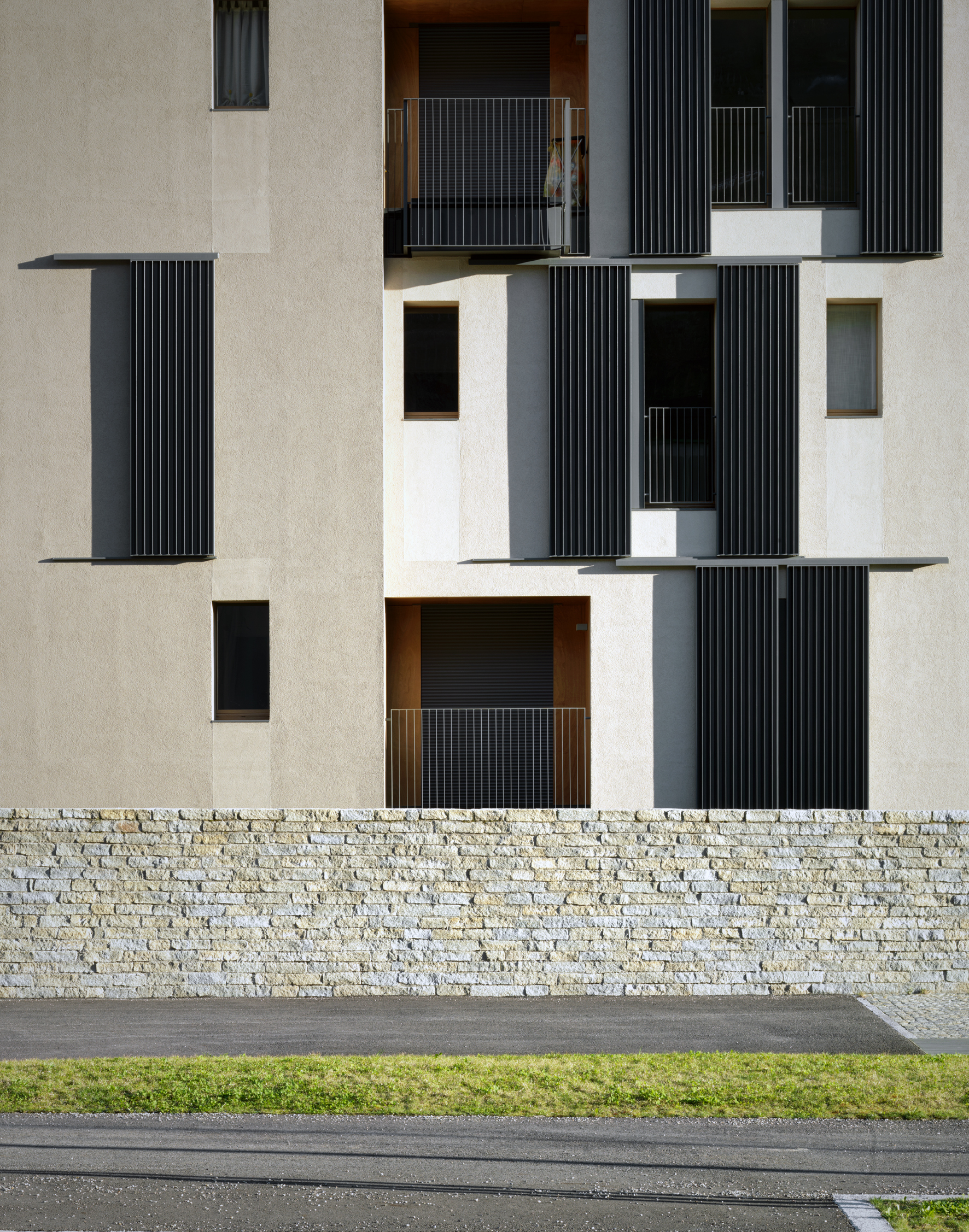 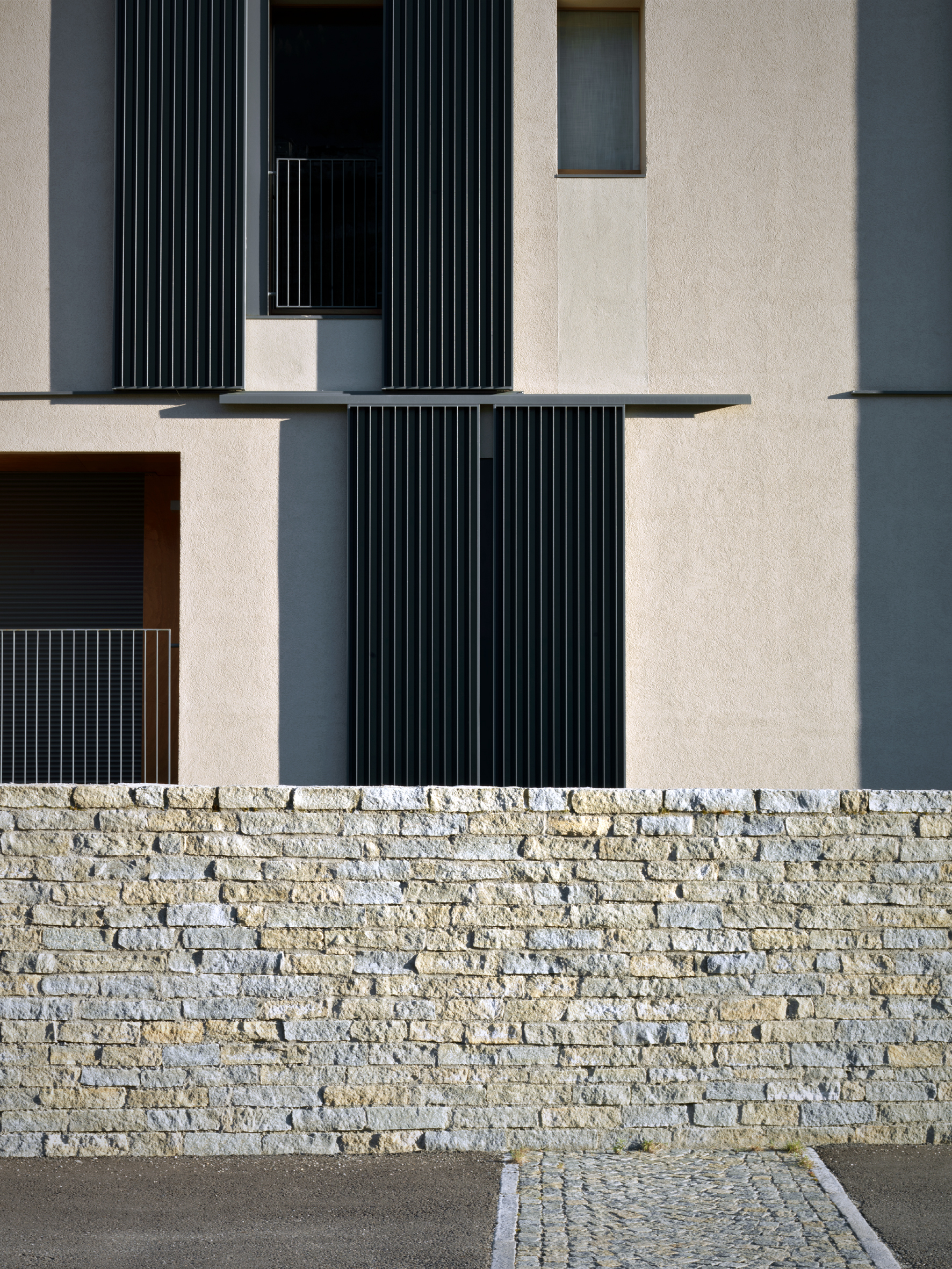 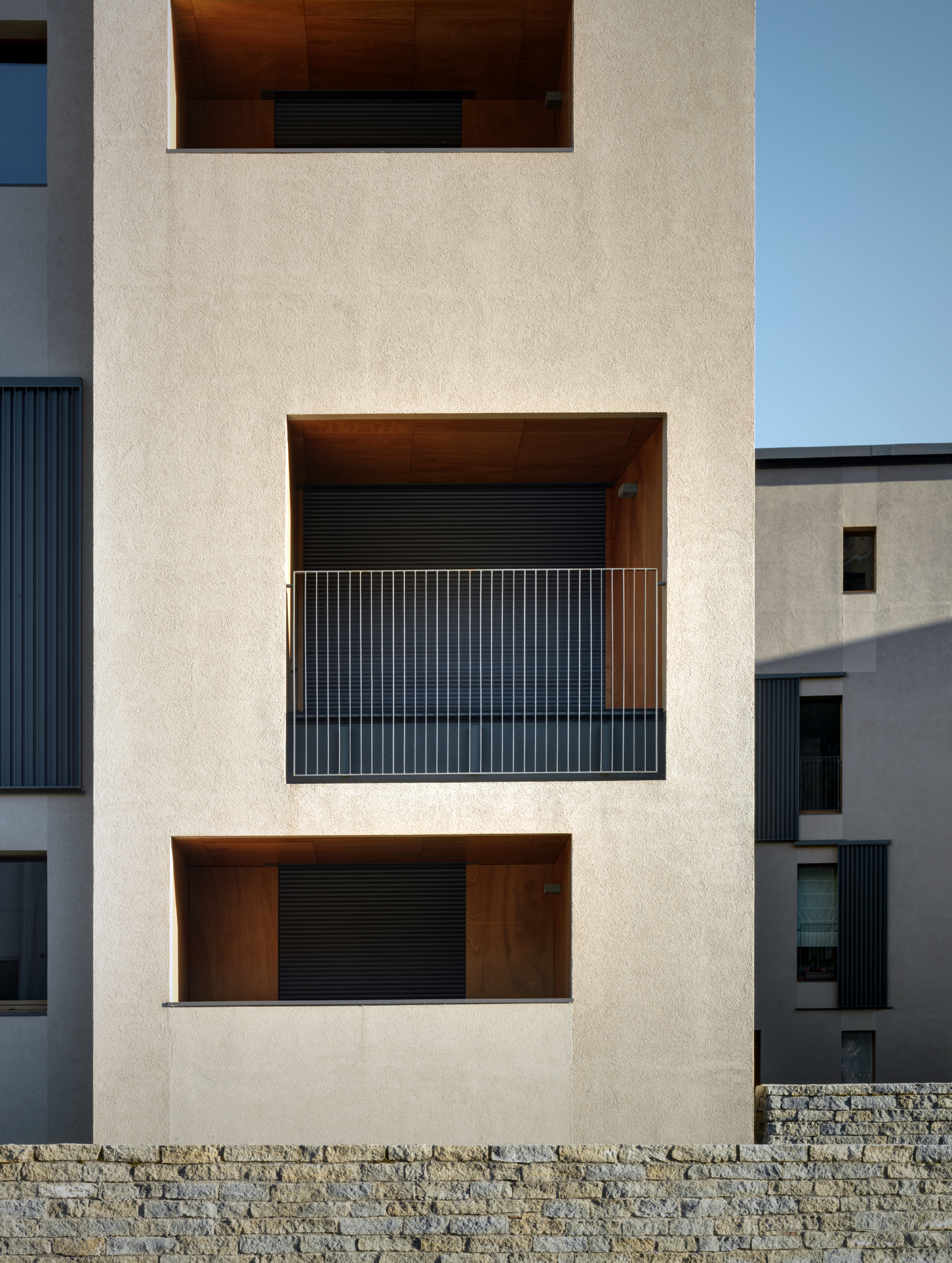 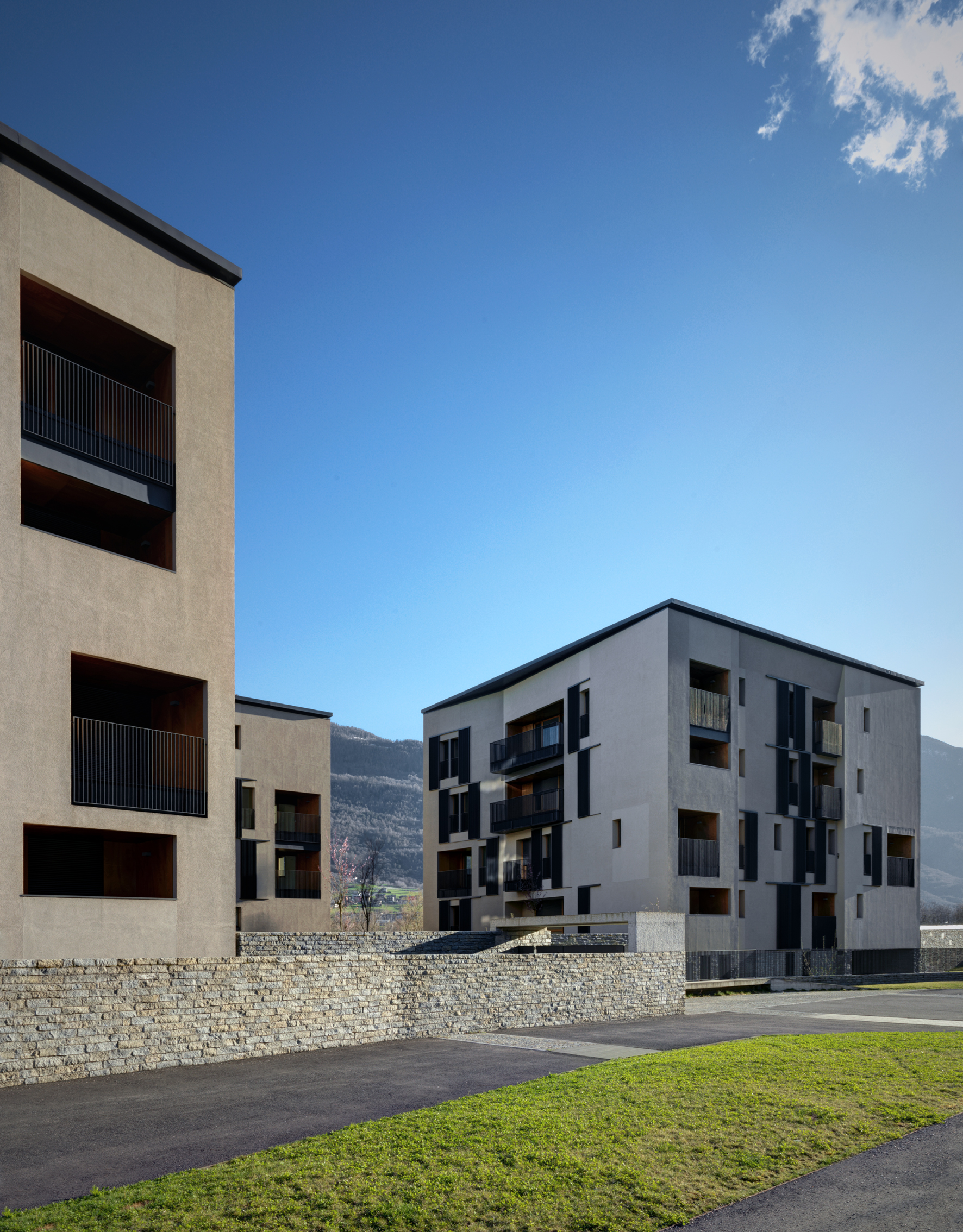 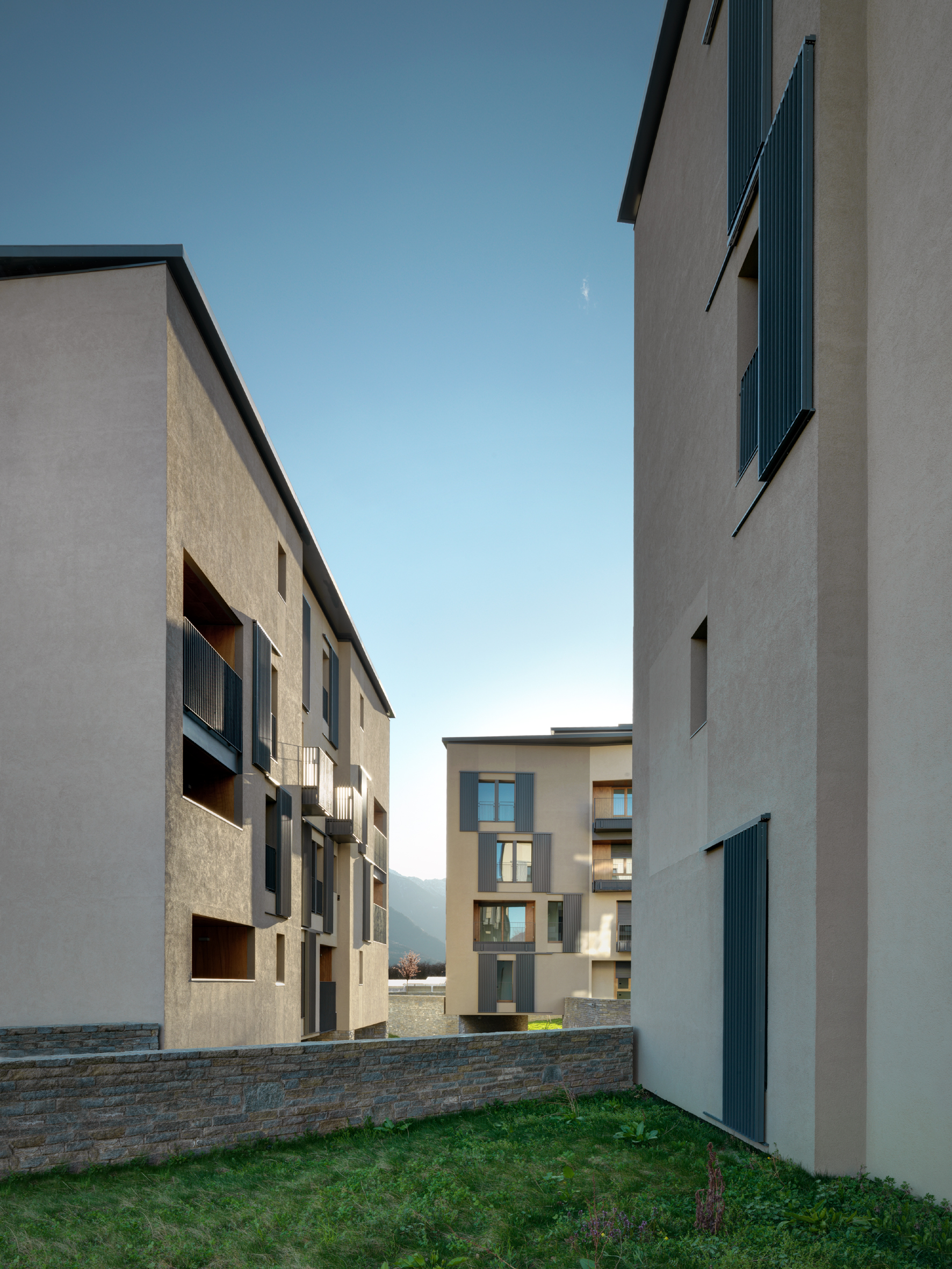 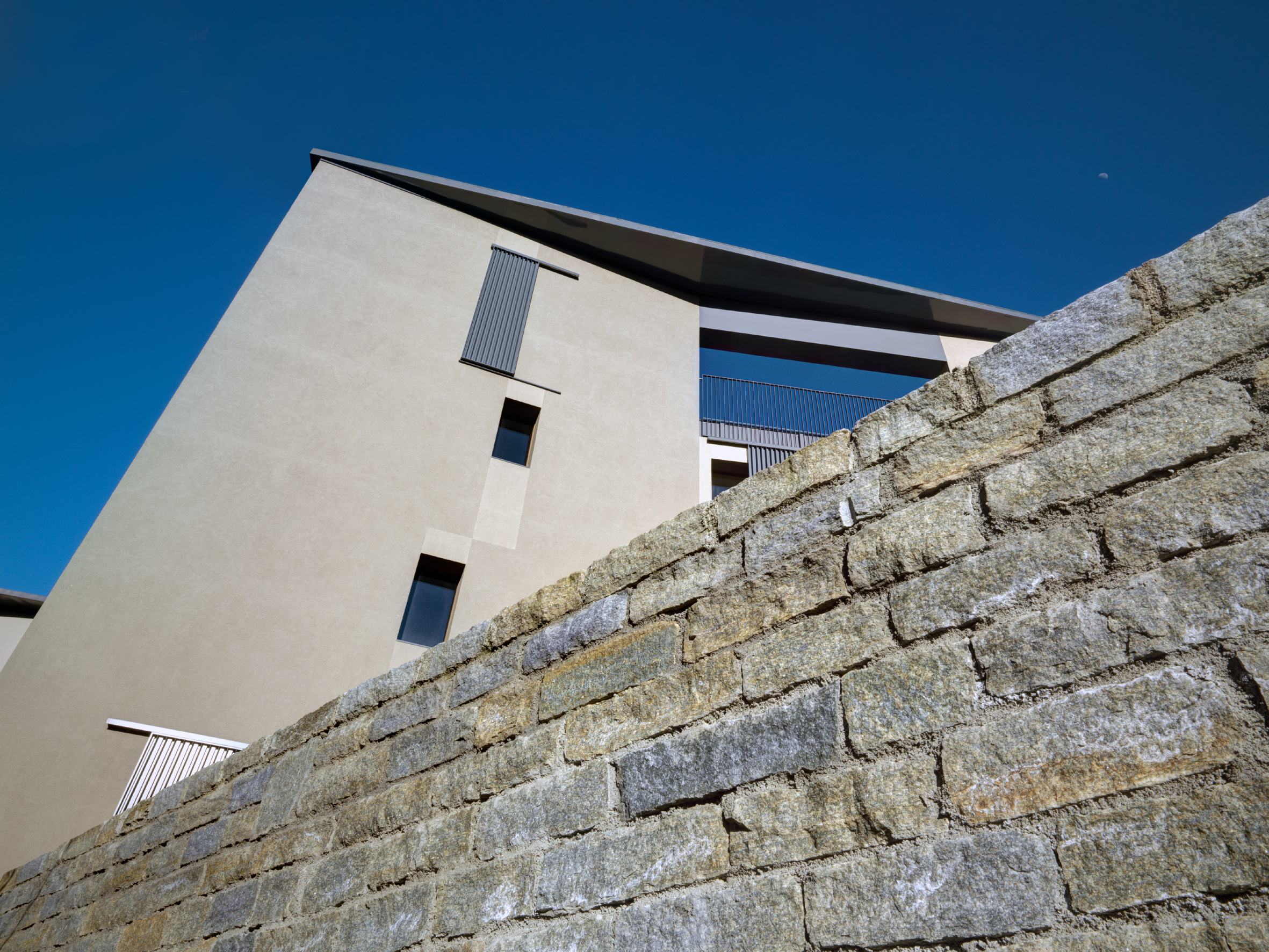 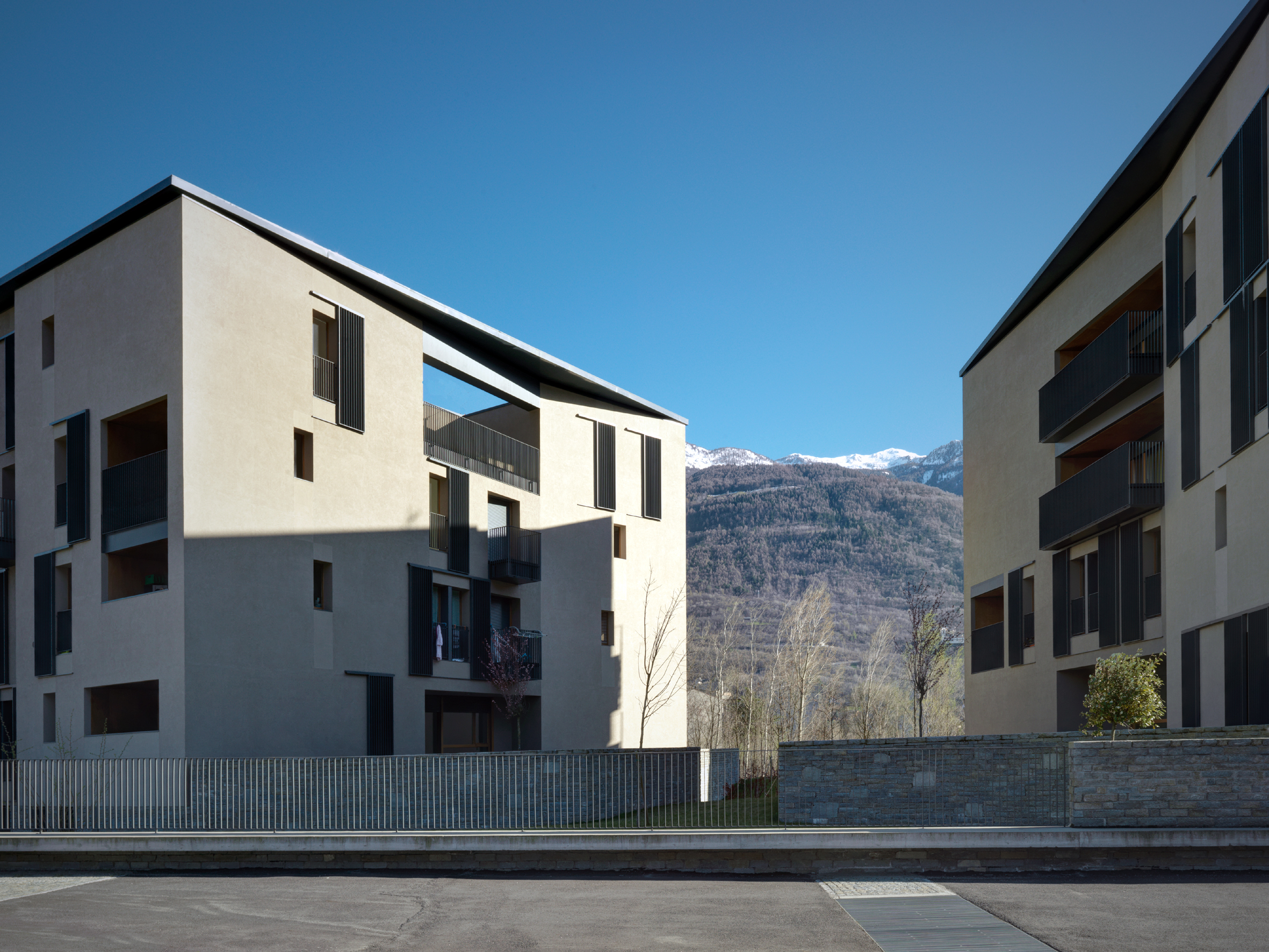 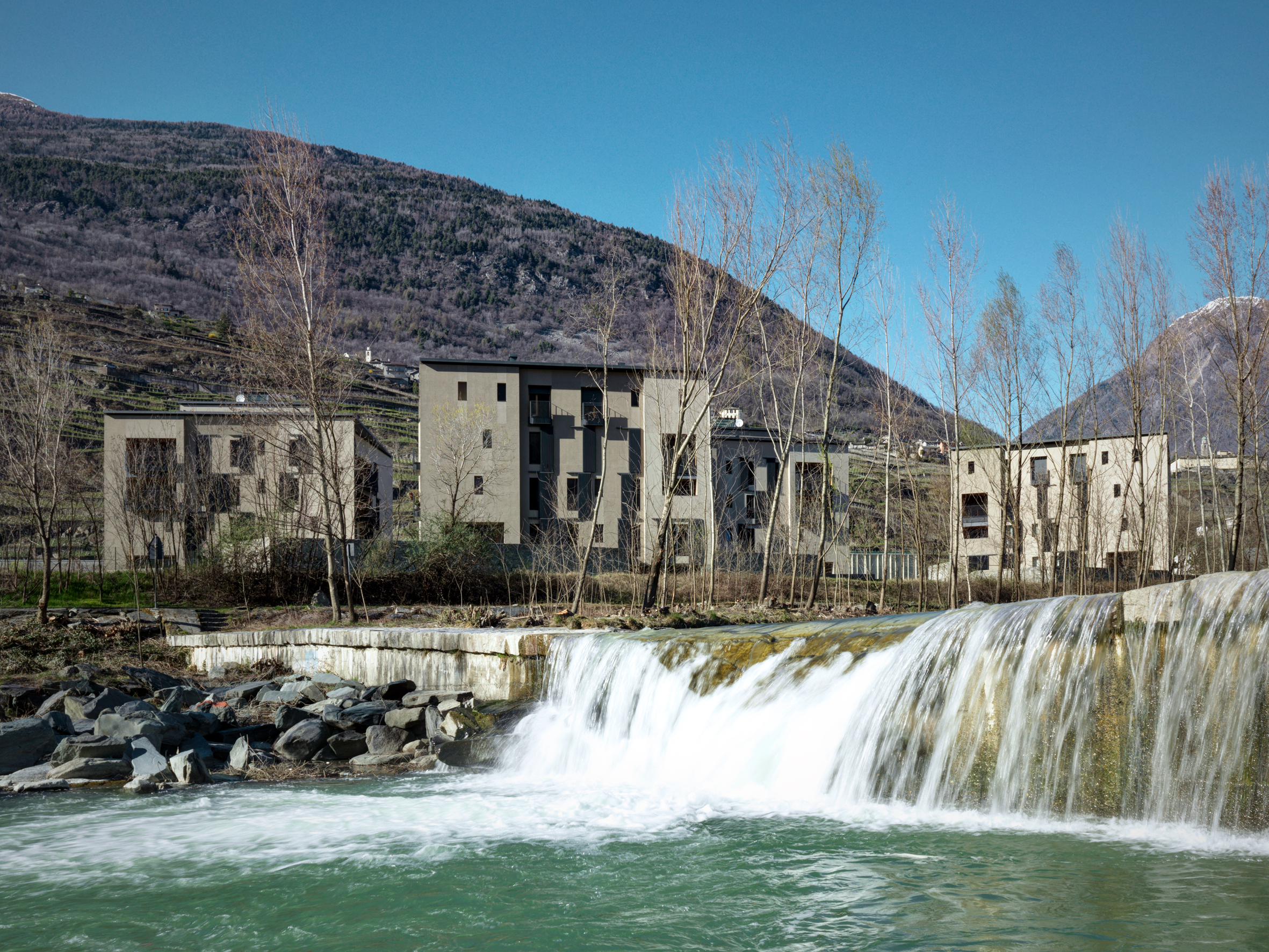 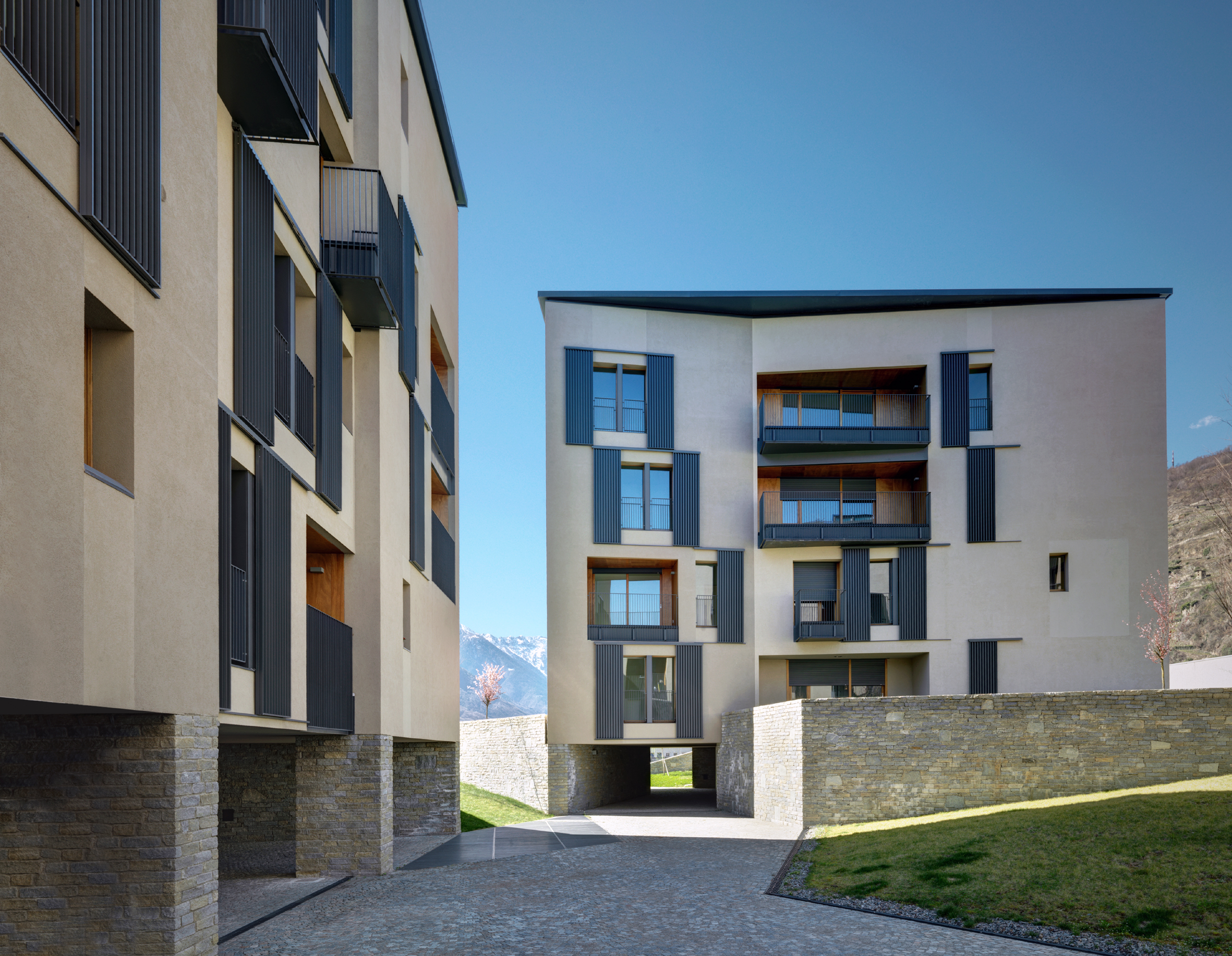 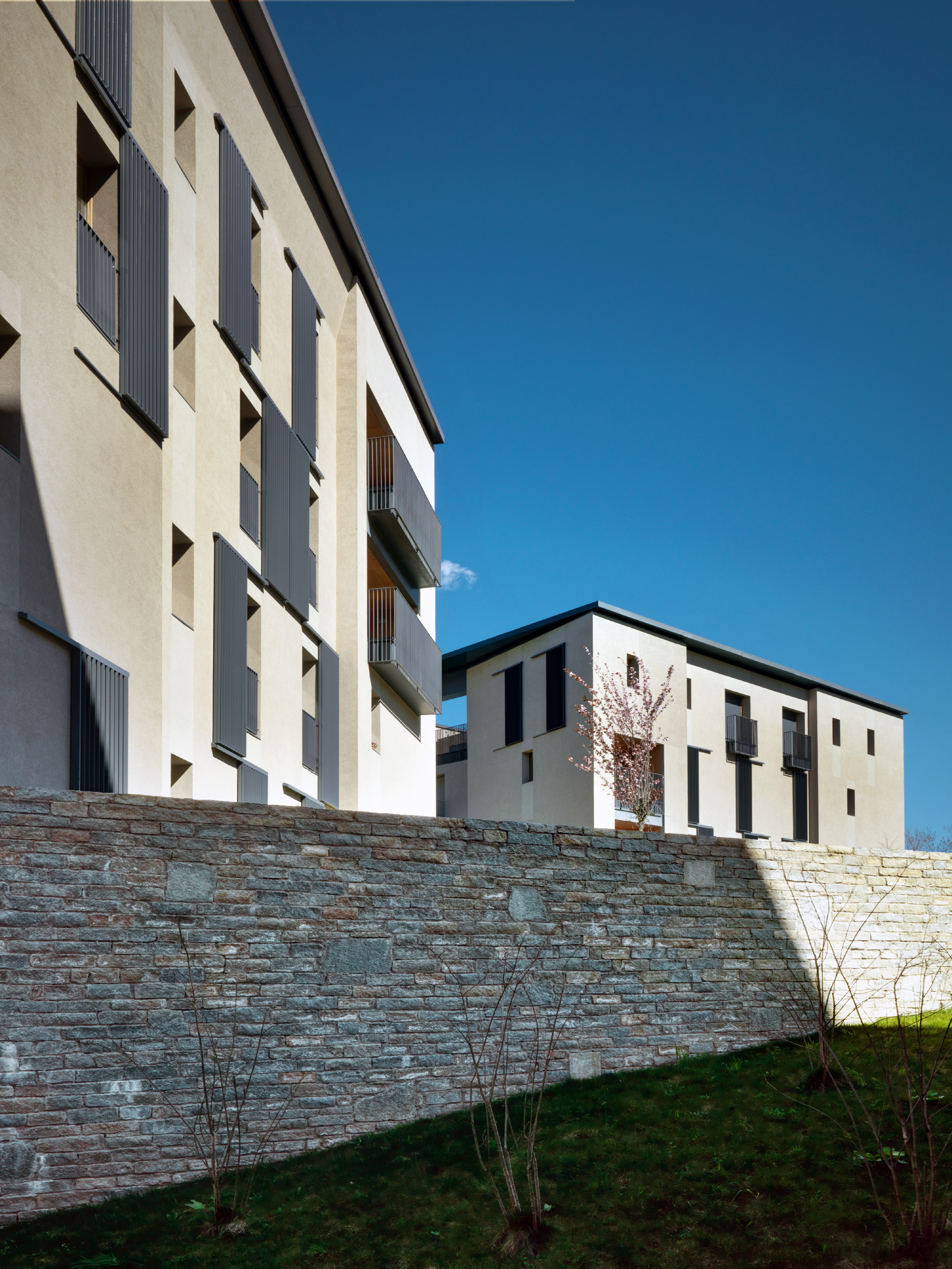 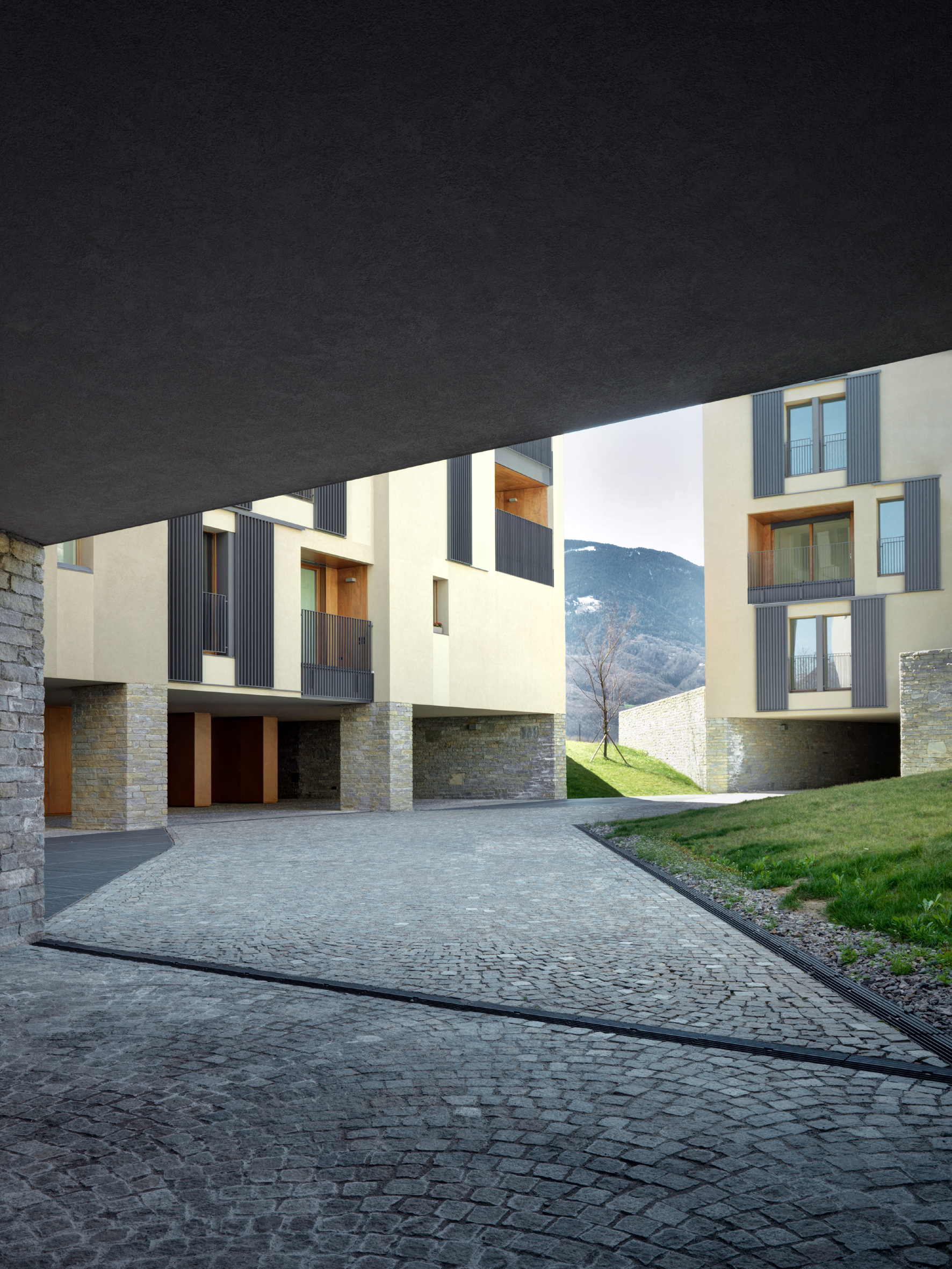 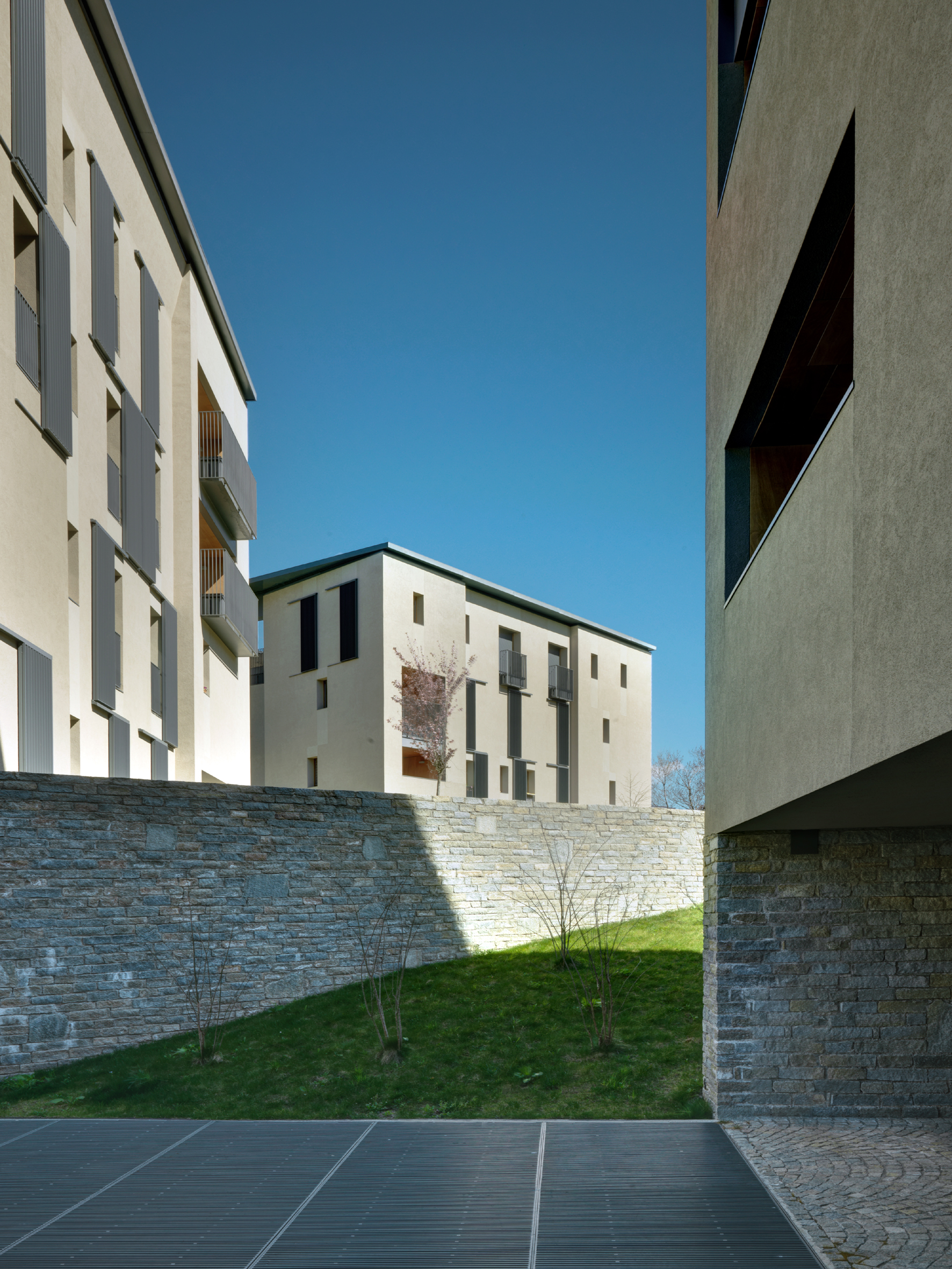 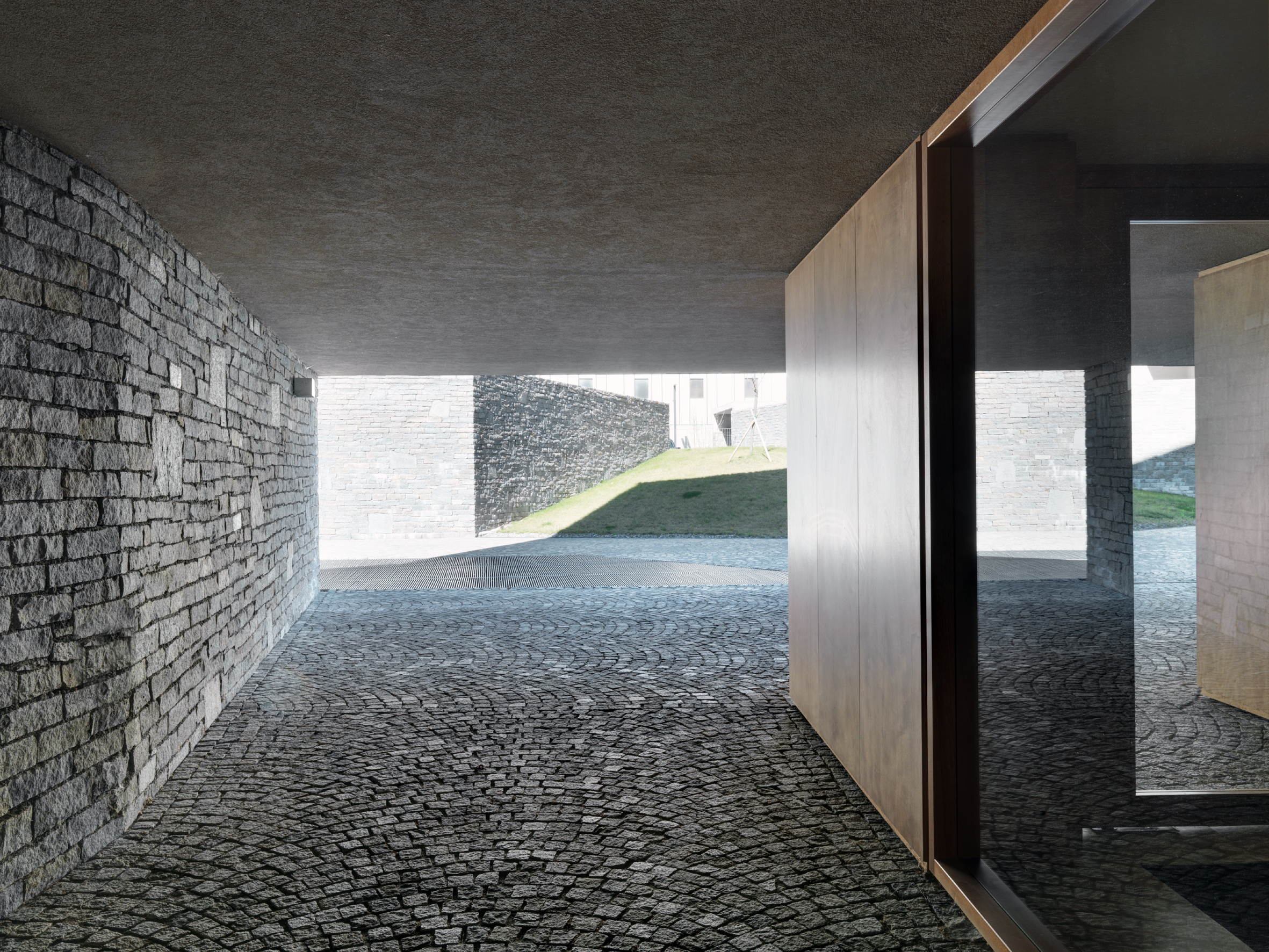 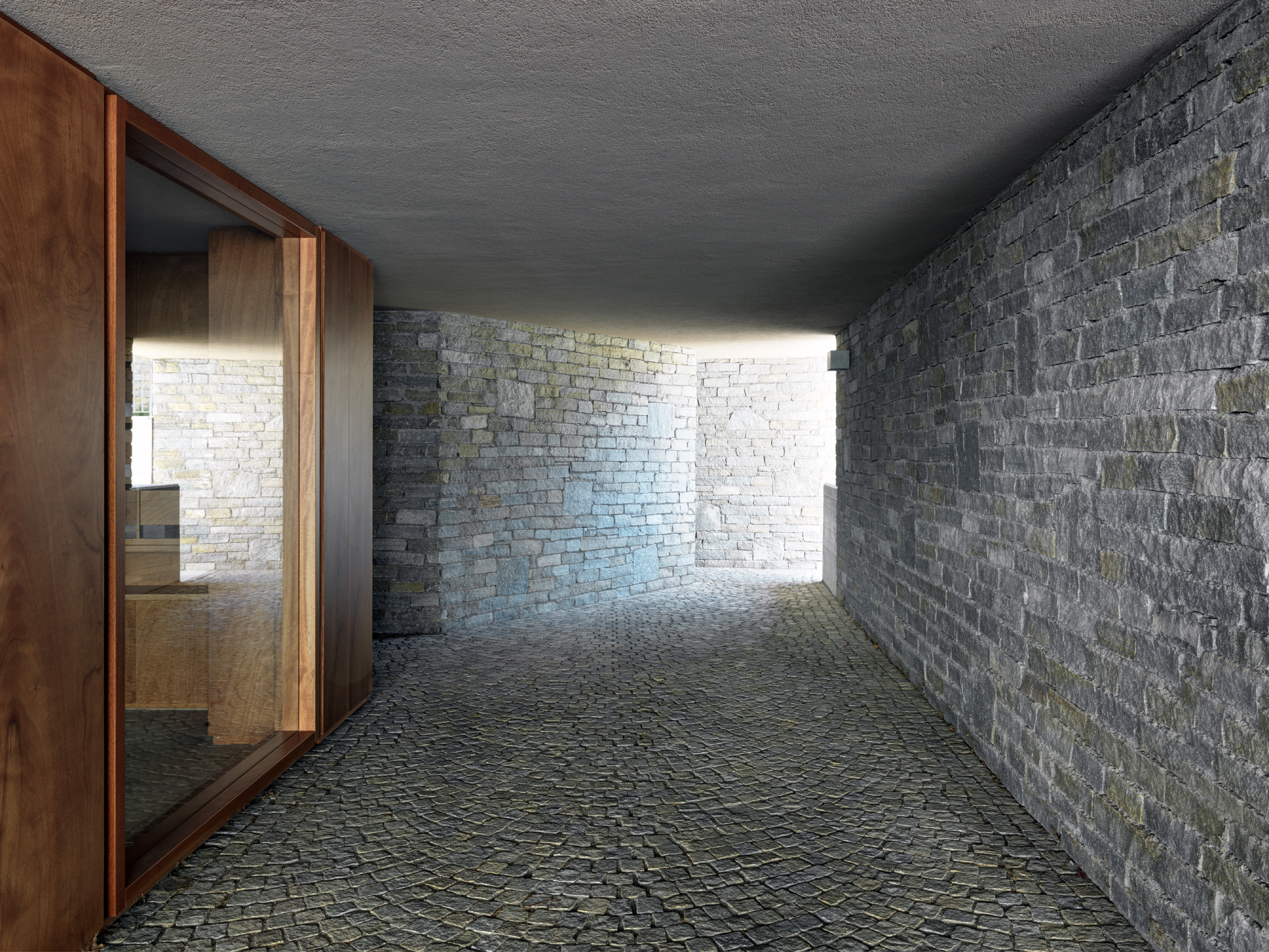 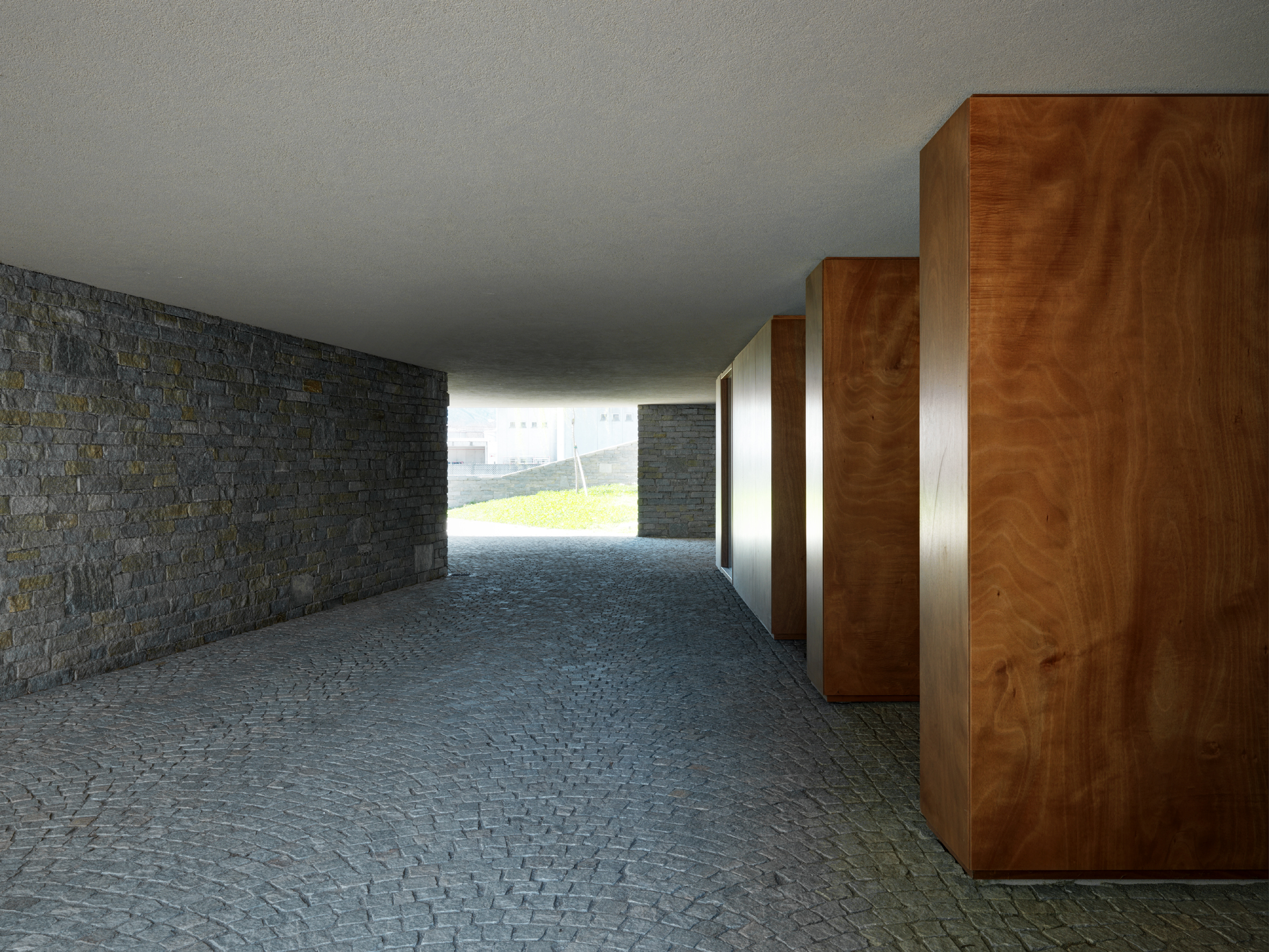 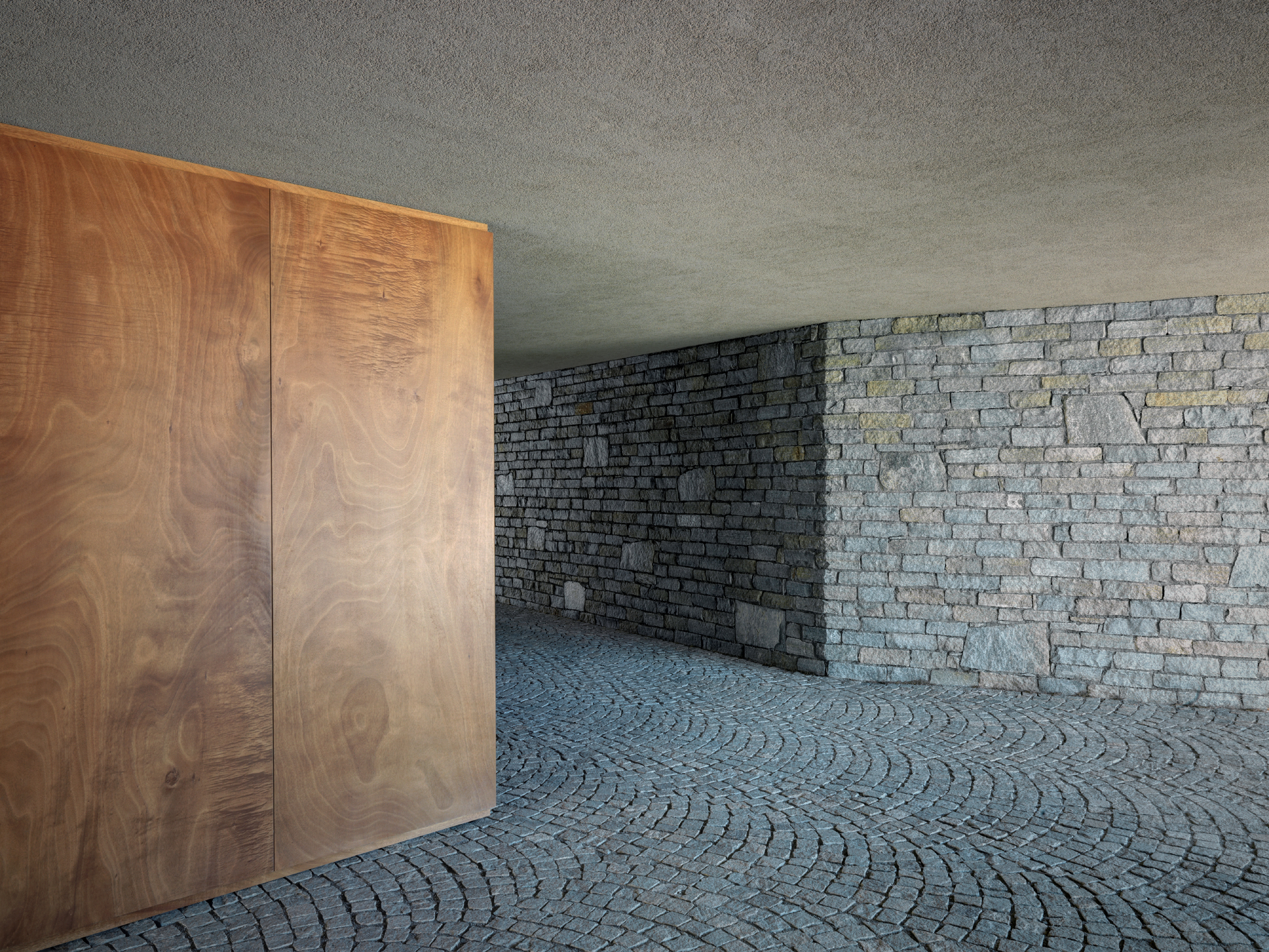 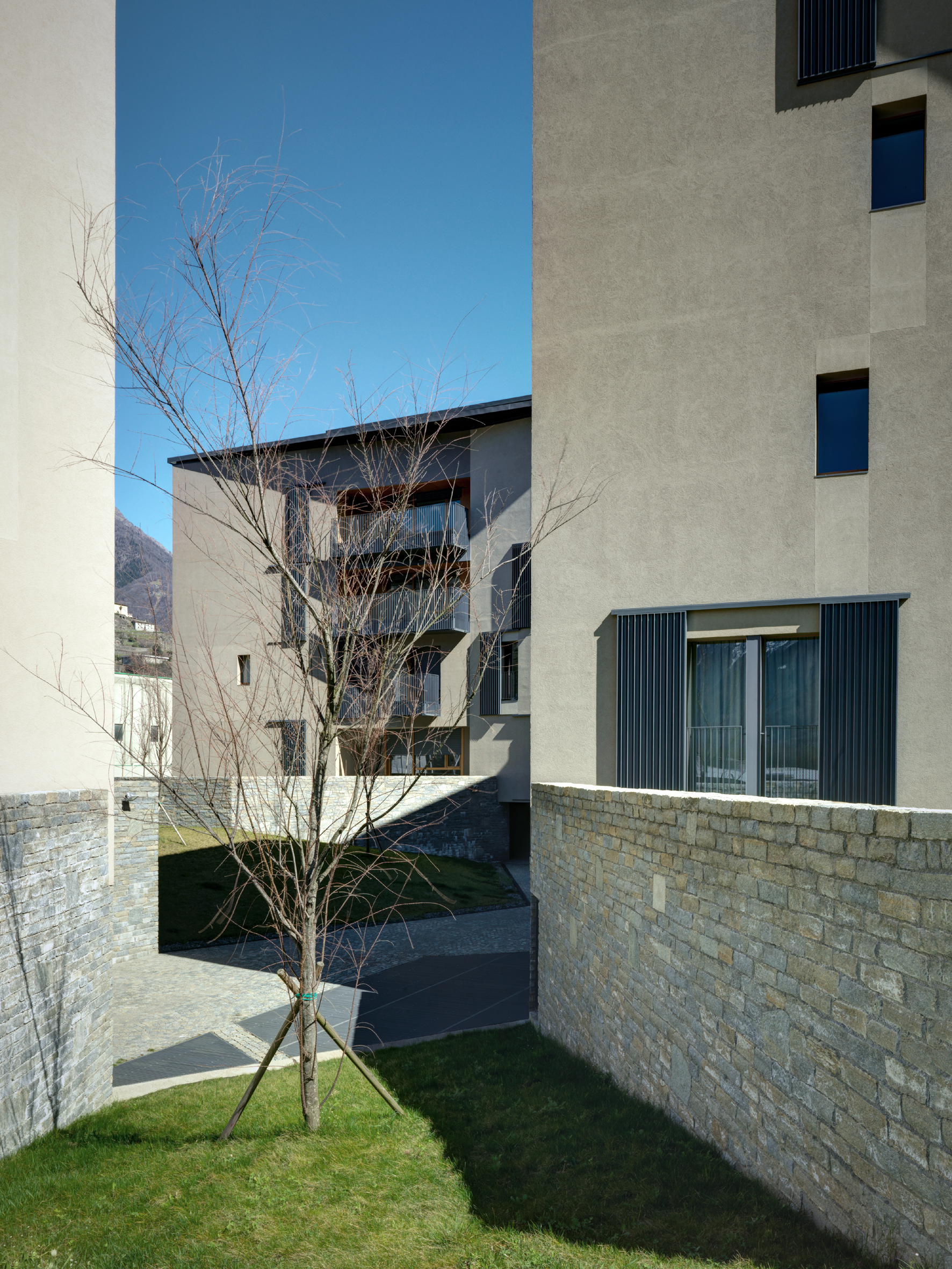 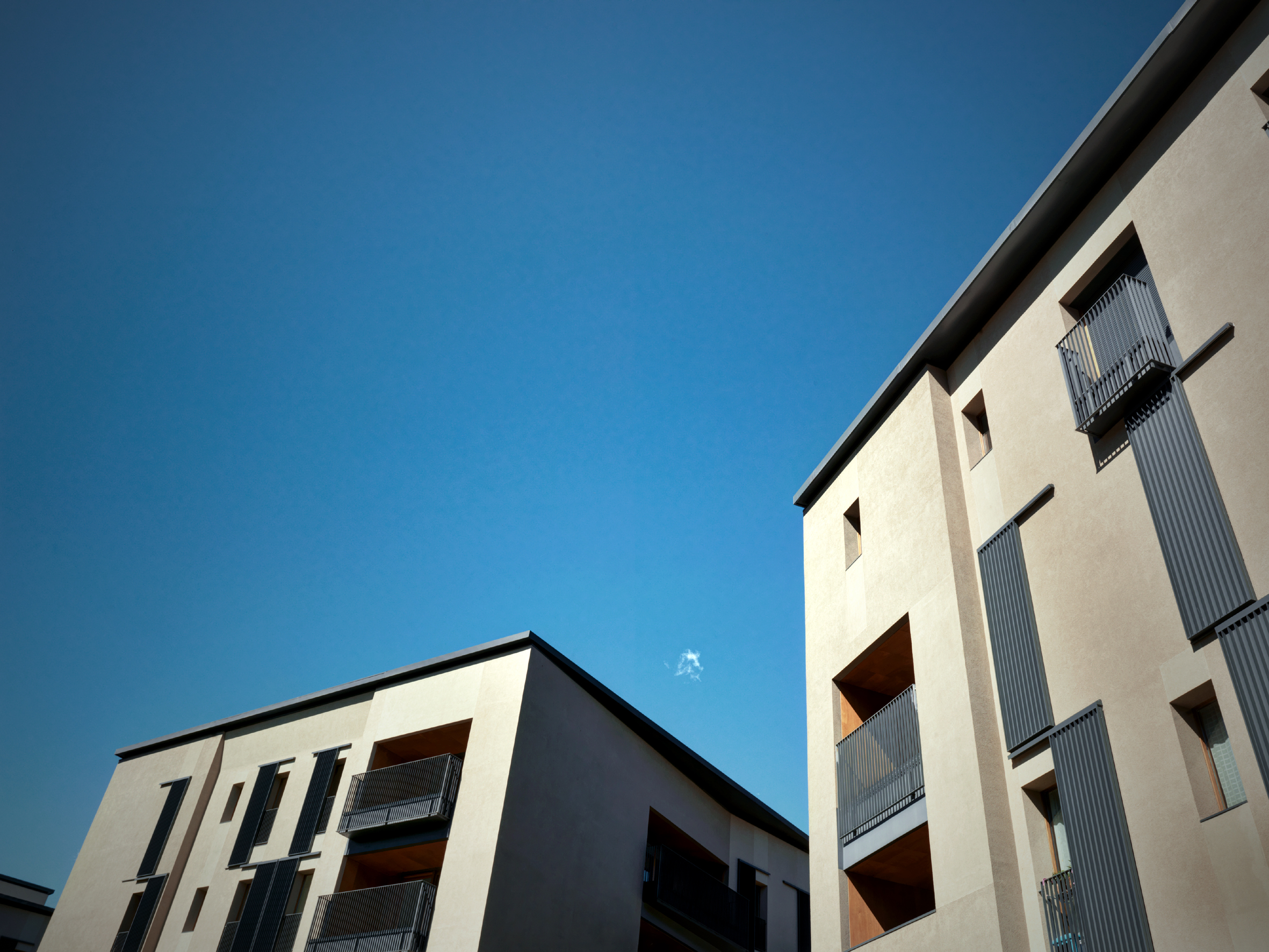 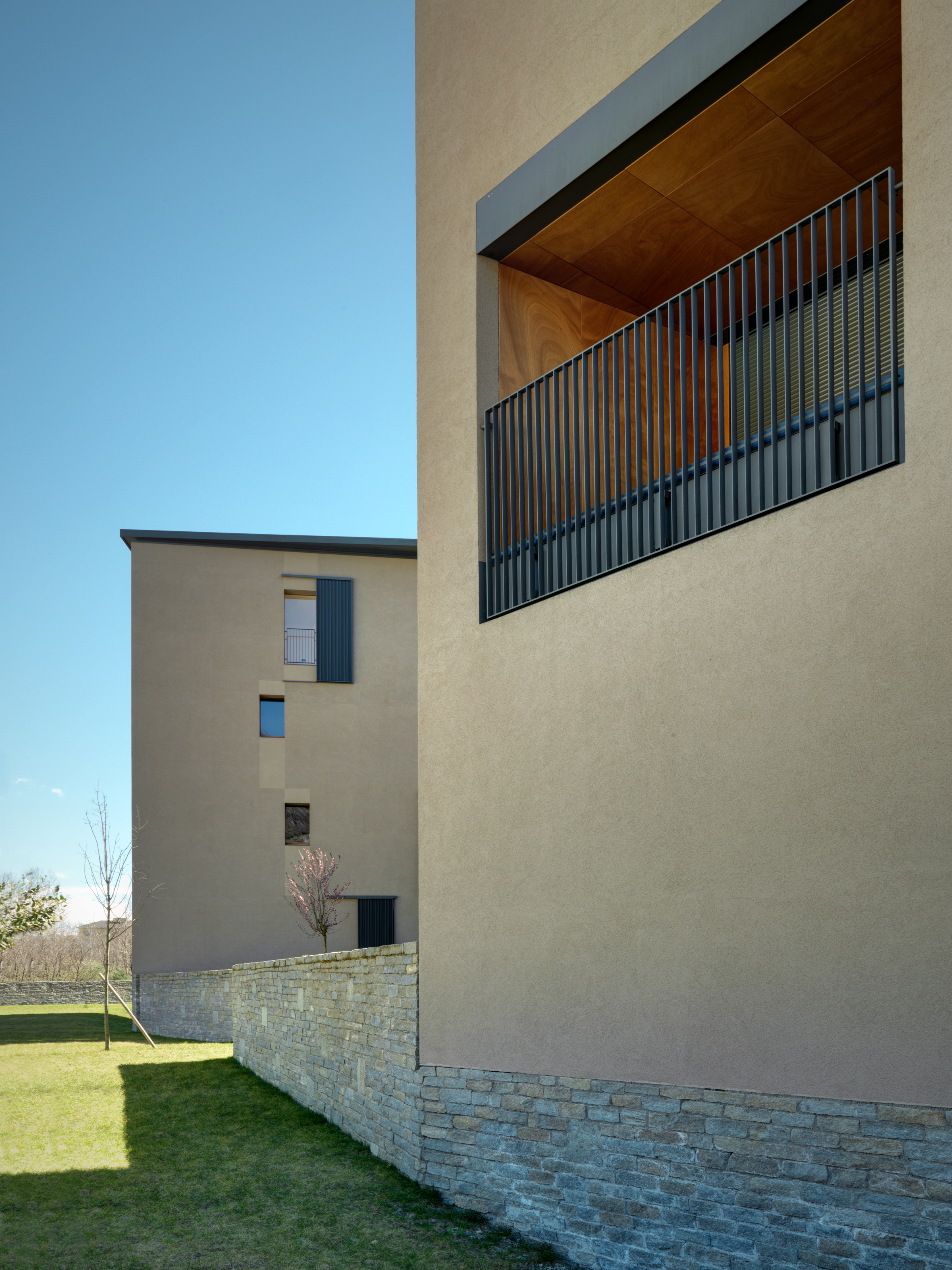 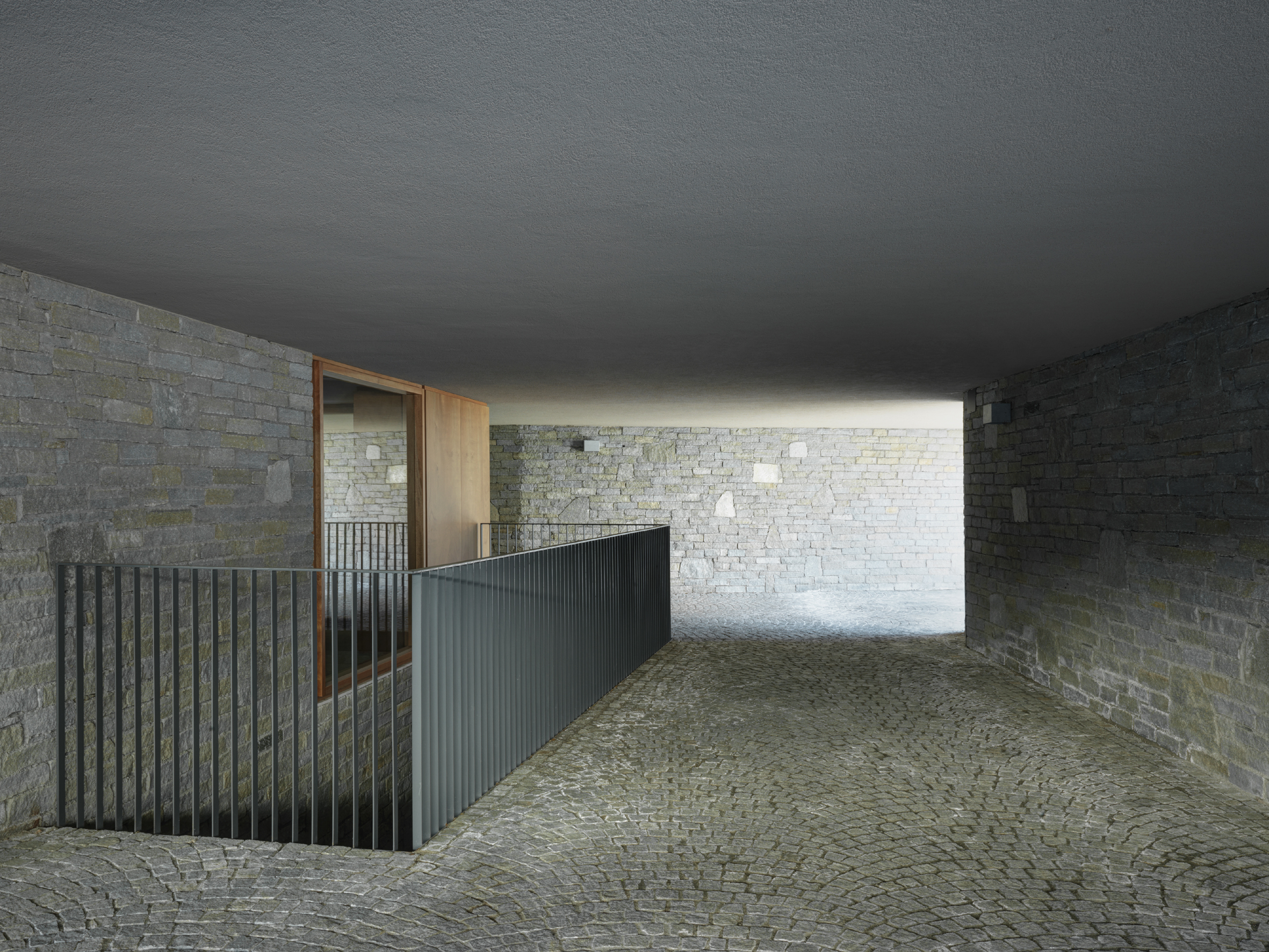 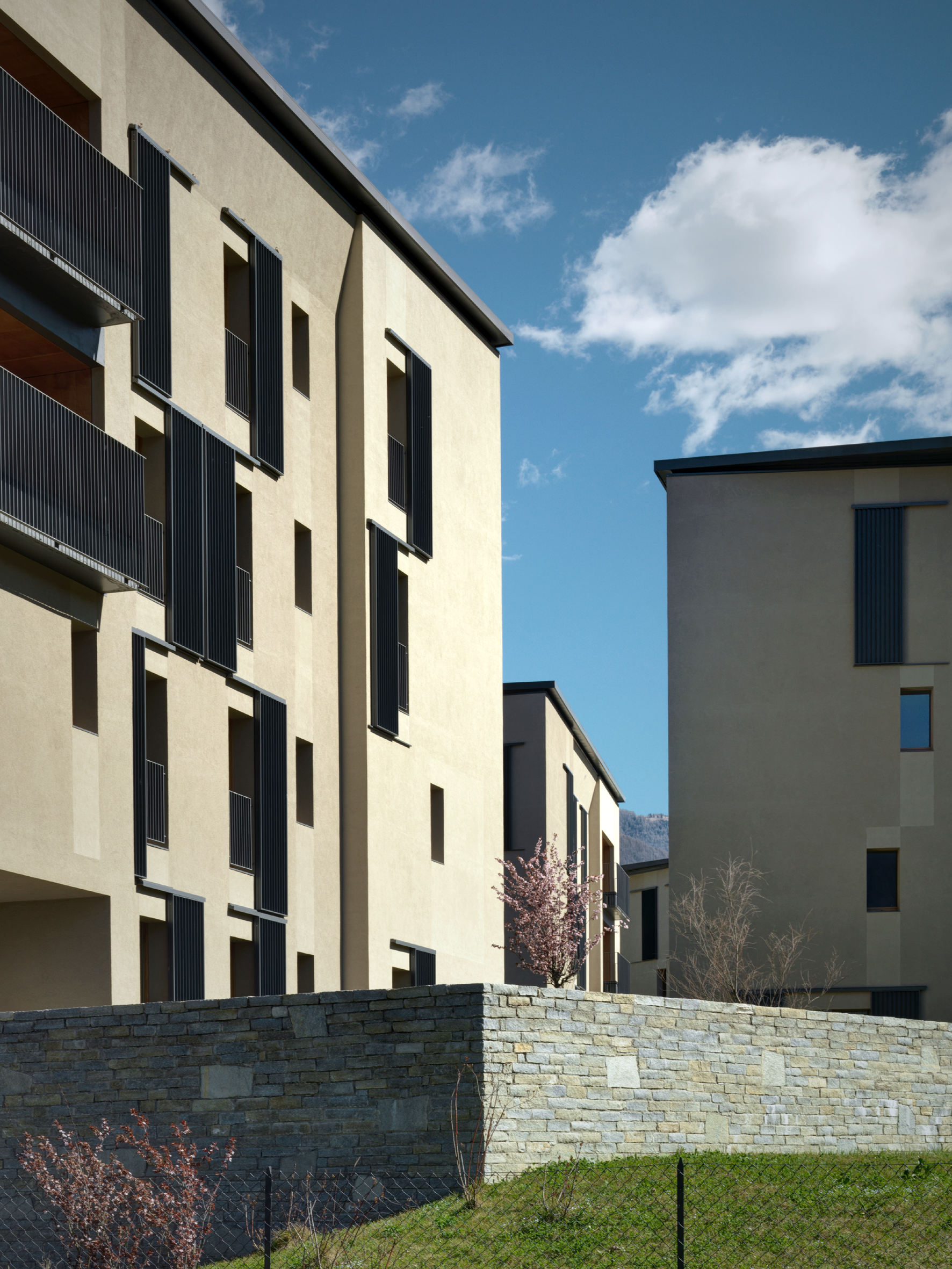 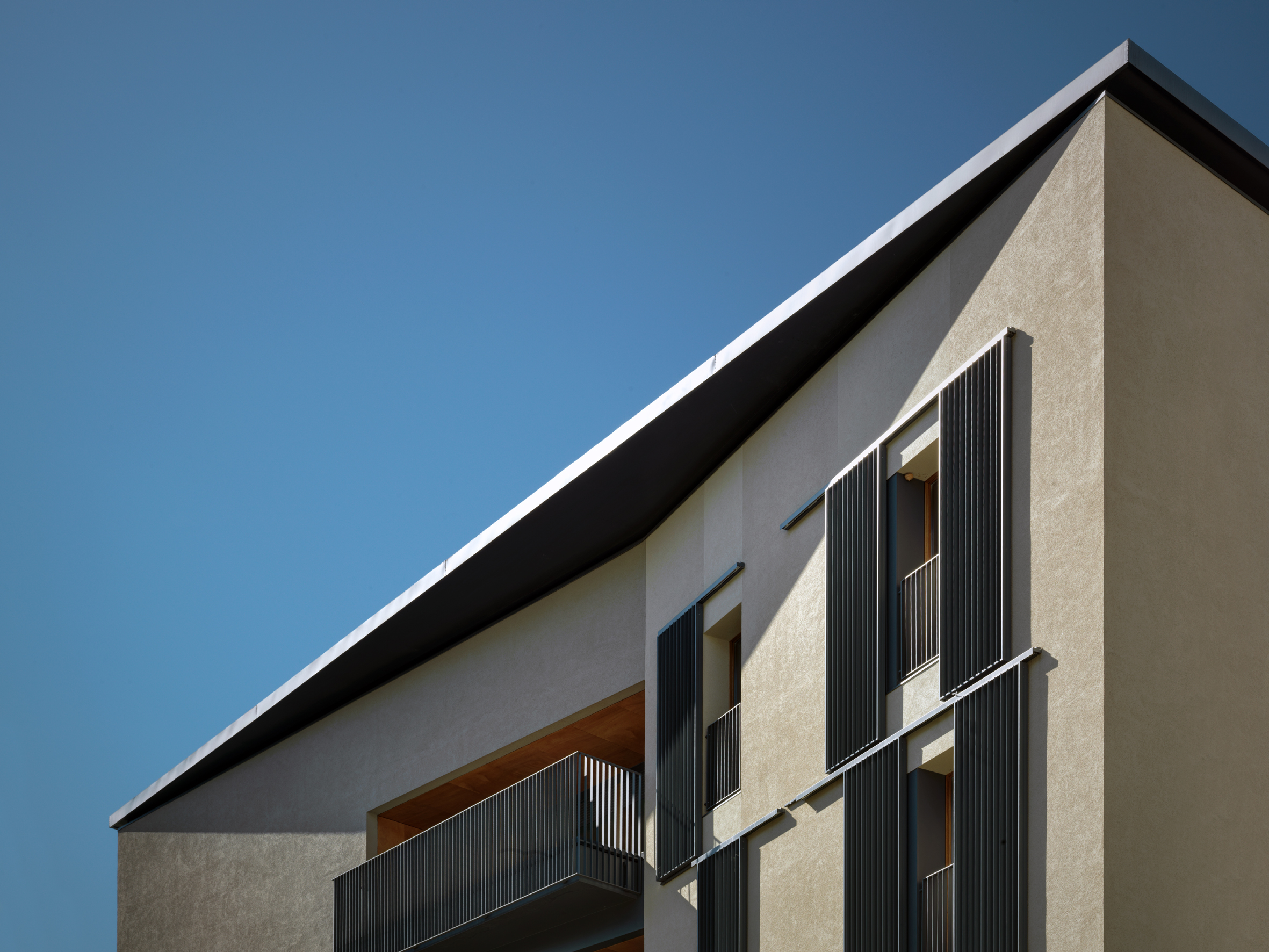 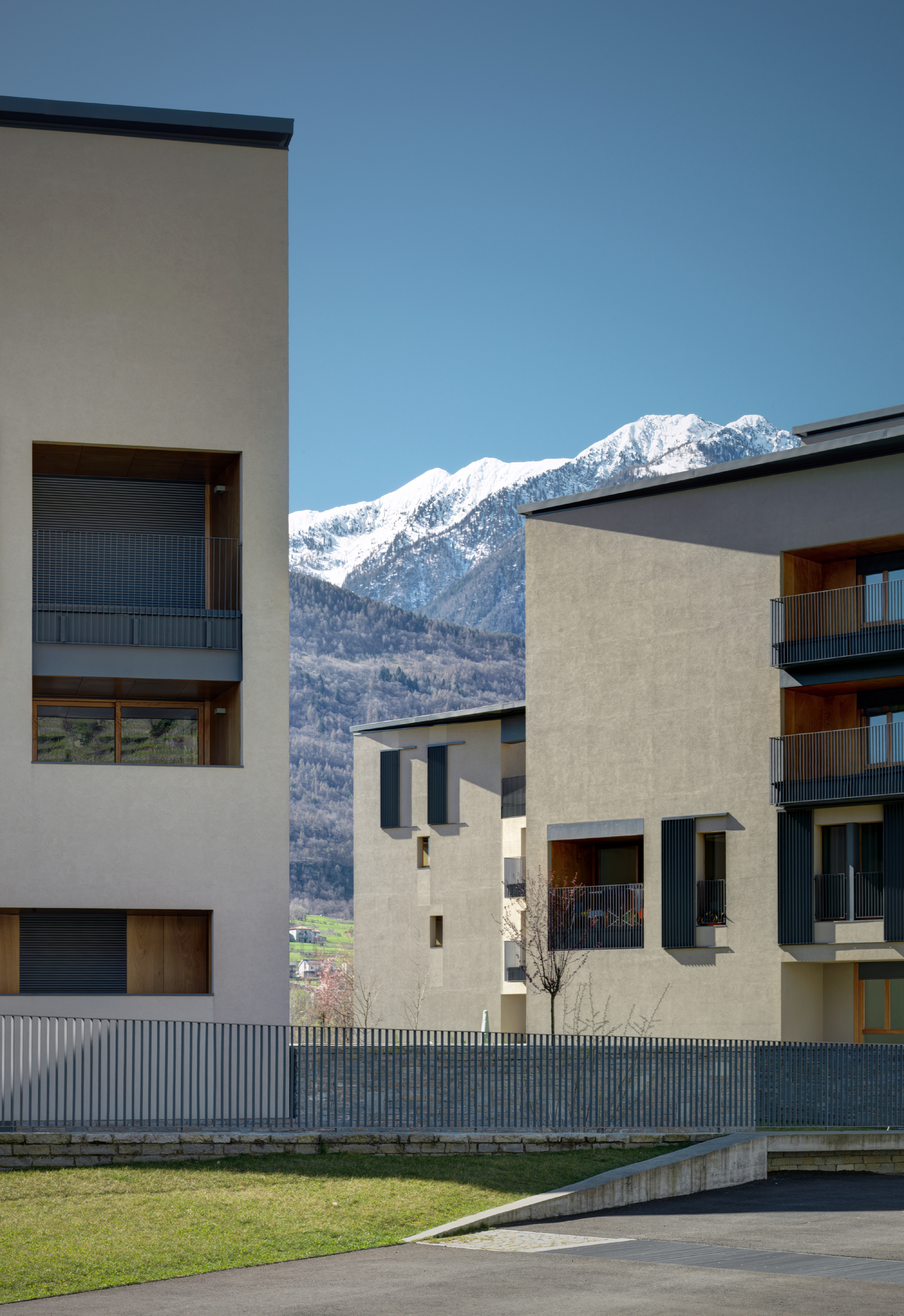 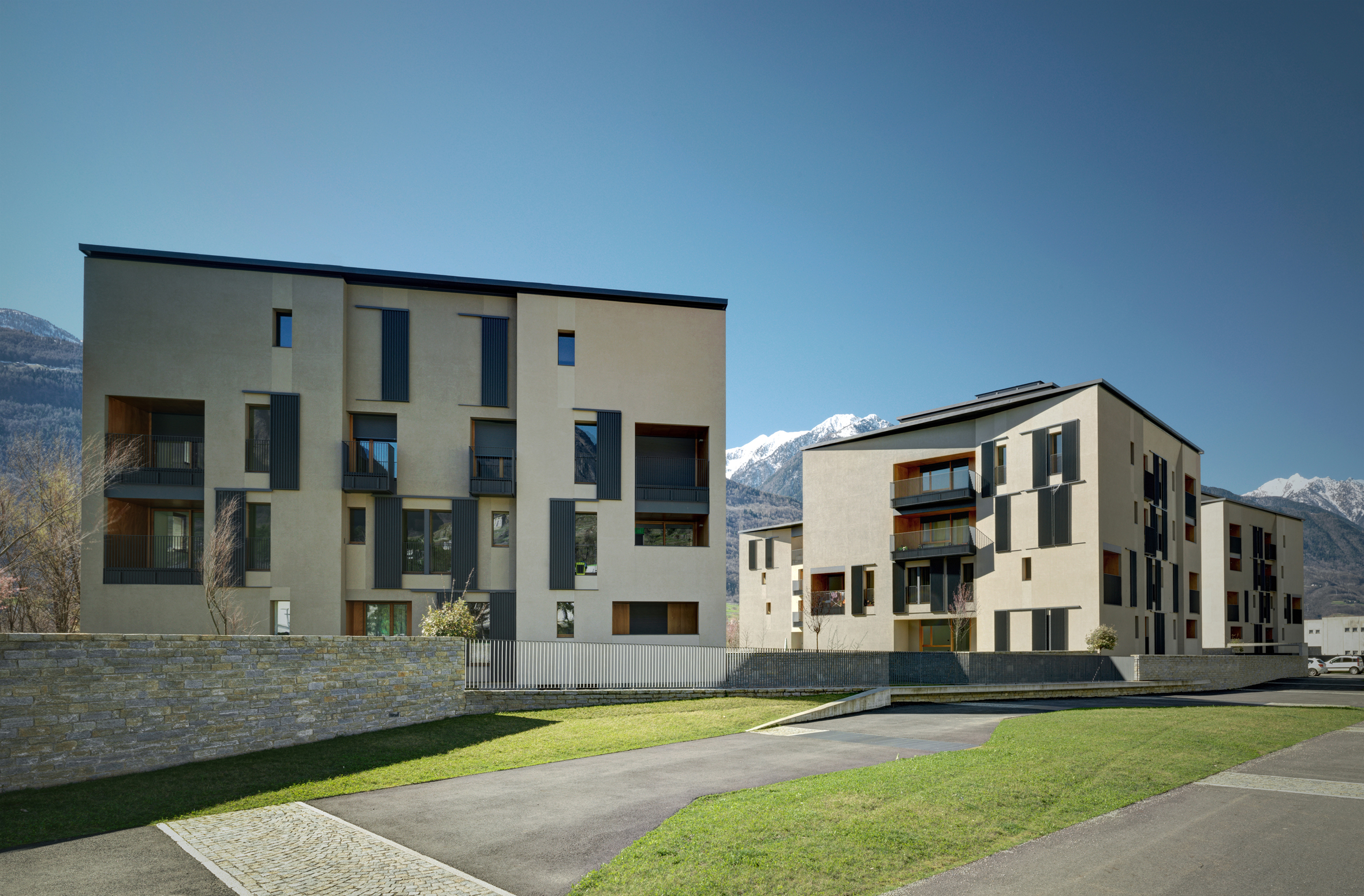