This office building is located on the south side of the King’s Cross mixed use redevelopment, between King’s Cross and St Pancras stations. Design work began in February 2008 and the building was completed in November 2013.

The brief called for an office building with narrow (20m x 46m) footprint and a maximum height of 38m above street level. Situated on a new public square, the volume is visible from all sides calling for a strong visual identity. The design expresses strong tectonic horizontal and vertical elements: concrete floorplates extend beyond the building’s envelope while 396 cast iron columns emphasise and articulate the rhythm of the façades, adding character and depth, and recalling traditional post and beam structures. The columns stand clear of the rainscreen on the south façade, defining balconies on the upper floors giving the building a clear ‘front’ towards the urban square. On the other façades, the columns are engaged and form part of the envelope on the upper floors. Cast by a foundry in Halifax with a surface pattern of woven straps, the columns are both a reminder of the site’s industrial past and a nod to Gottfried Semper’s theory about the role of weaving in the evolution of man-made structures.

On the ground floor, the façade is recessed to form a double height colonnade defined by the freestanding iron columns, providing a sheltered public area and access to the ground floor on all sides. The main entrances are on the east and west façades, leading into a double height lobby lined with Italian black marble at ground level and white polished plaster above. A pair of central cores provides the main structure and defines the internal arrangement for the eight storeys of column-free office space, maximising flexibility for tenants and accessibility for staff and visitors. Each office floor measures 655m2 with a further 55m2 balcony and a generous floor to ceiling height of 3.2m. The top floor is articulated as a ‘crown’ for the building, with a taller floor to ceiling height, and a building plant occupying the north end of the building. The ground floor accommodates two commercial units and an entrance to the Underground on the north-east corner. 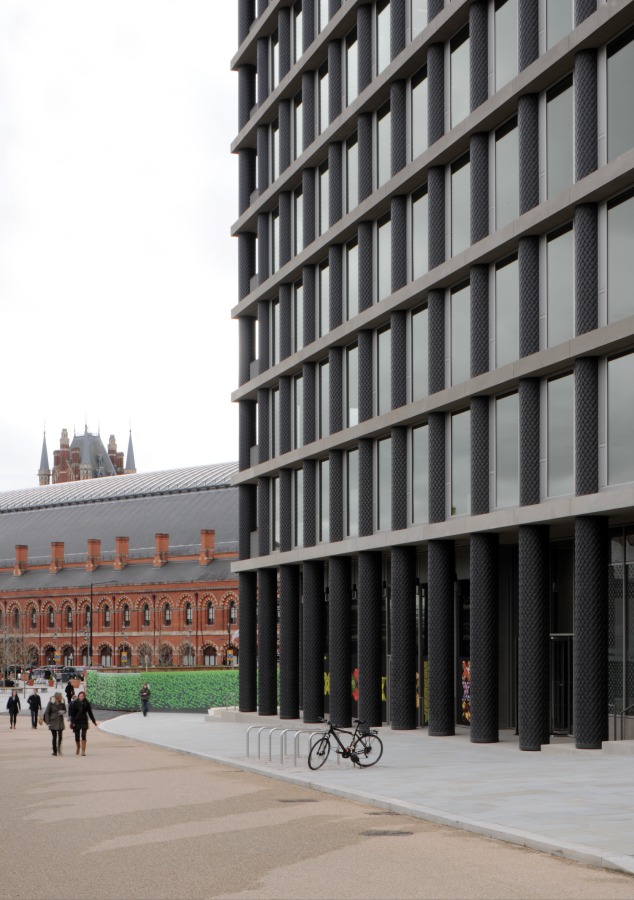 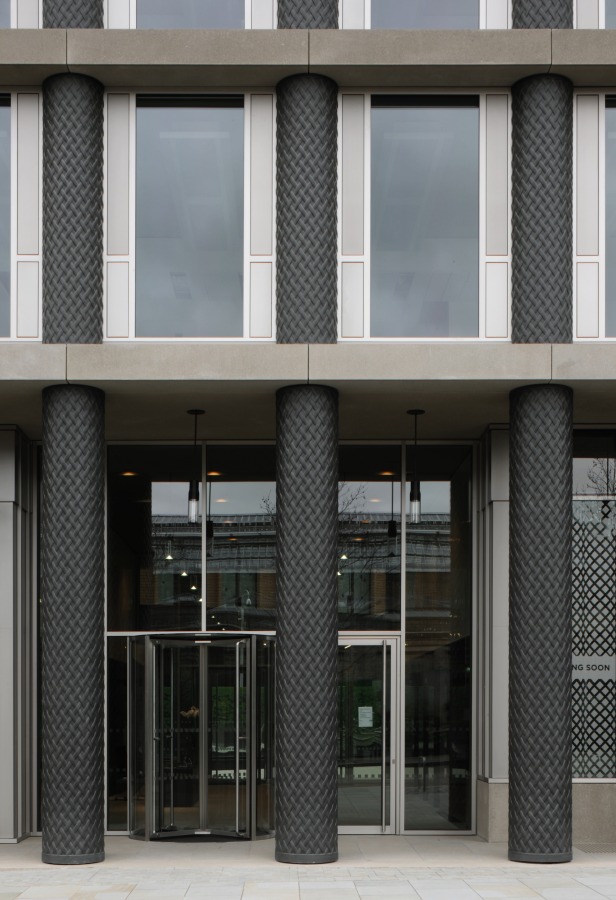