In mid Wales, near the small town of Llanbister, amidst a landscape of rolling hills, Living Architecture invited the architect John Pawson to create a timeless house of simplicity and beauty – The Life House.

The design of the house, which sleeps six people, is based upon the concept of a retreat where serenity, contemplation and restoration are foremost; a place where a week-long retreat will immerse the visitor in a zone of extreme calm, leaving them re-invigorated to resume their responsibilities in the world.

The building where the retreat unfolds is both simple yet luxurious. It is the result of five years of work by the architect and writer John Pawson, working in conjunction with the philosopher Alain de Botton, and has been deeply influenced by Japanese design and the architecture of the Benedictine monks.

The design draws on a variety of ingredients of calm:

a contemplation chamber buried into the hillside where one is invited to lie down in a blank cavernous zone and purify and train the mind on true essentials.

an outside contemplation zone enabling the user to repeat the exercise with the Welsh mountains as a backdrop.

a generous living area, large bathrooms, bedrooms, cupboards and common areas allow for both complete privacy and – when it’s desired – sociability and communion.

a library bedroom, lined with some of the most therapeutic works of eastern and western literature.

a music bedroom, with a suitably generous music systems and a carefully curated selection of transcendent and calming music from all ages and genres.

a bathing bedroom which provides a room-based bathing platform in which to lie and reassess existence with the help of views onto a welsh valley.

the house is placed at the nexus of a sequence of walks curated by the artist Hamish Fulton, so that at certain points in the retreat, you can invigorate the body in order further to soothe the mind.

The house is constructed of Danish handmade bricks; black for the exterior and white for the interior. As would be expected in such a finely detailed John Pawson designed house, the polished terrazzo floor, set against the white brick, and light timber ceilings, creates a peaceful and life calming space to spend time in. 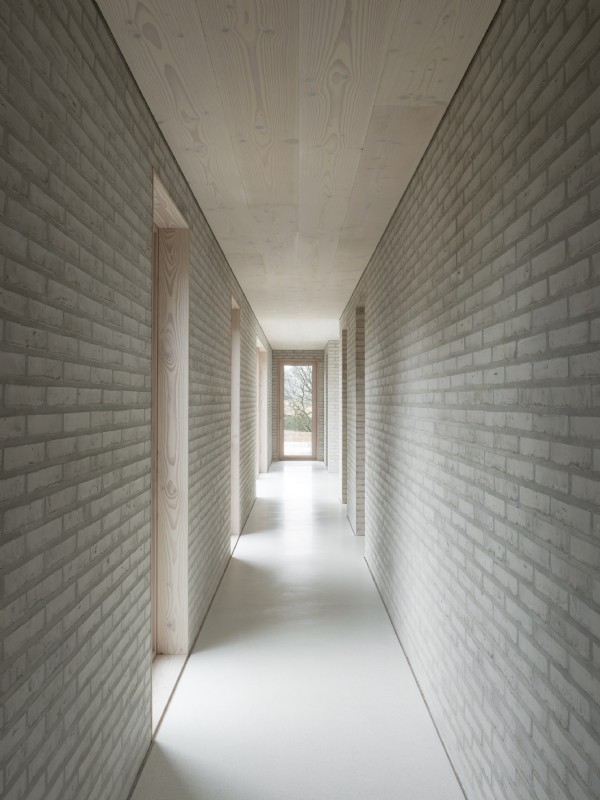 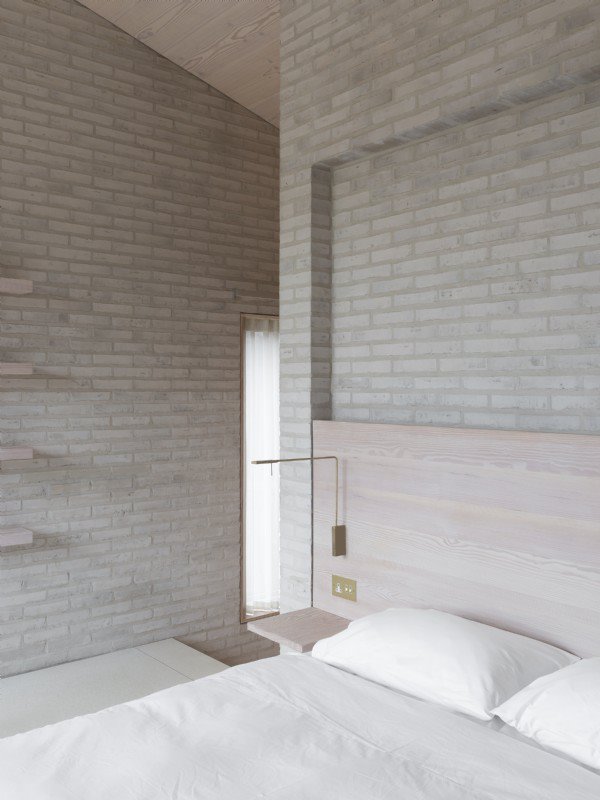 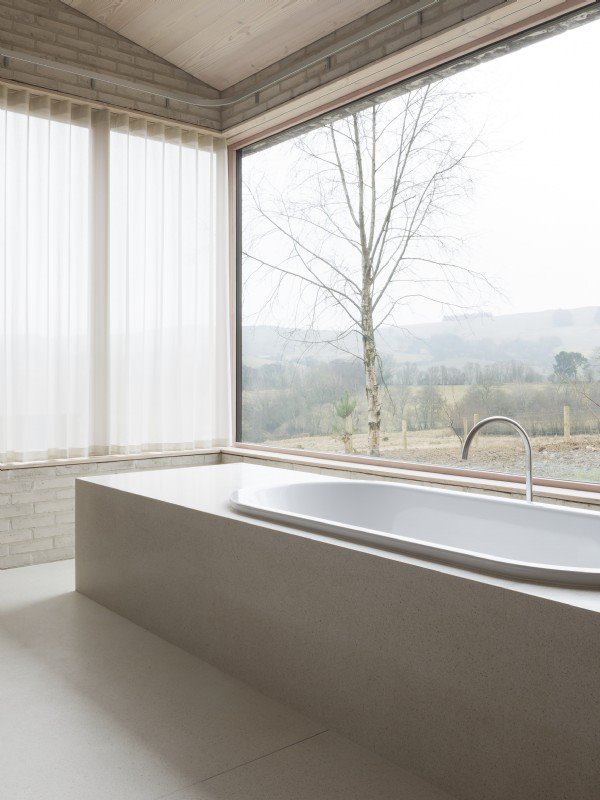 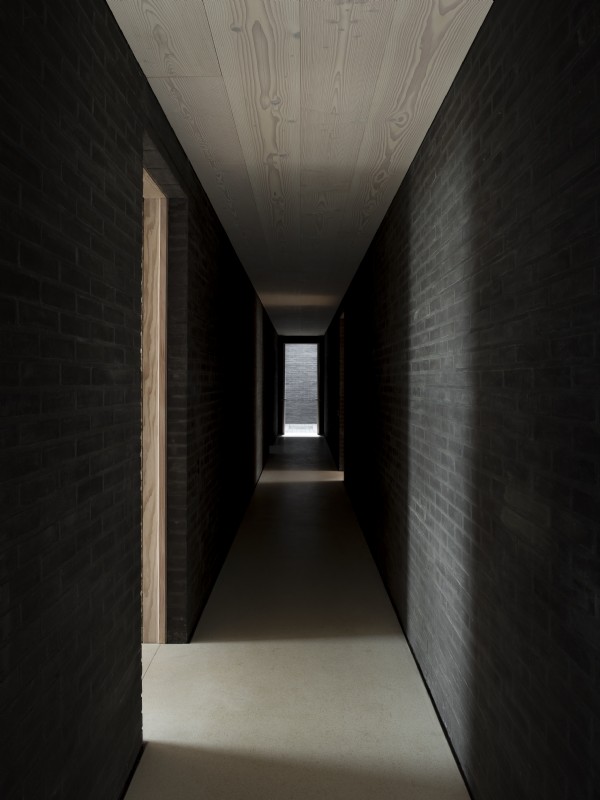 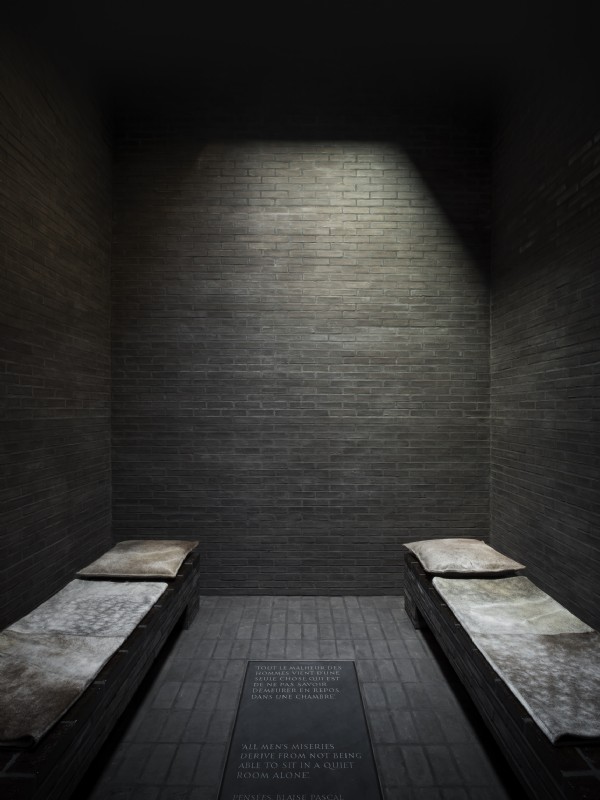 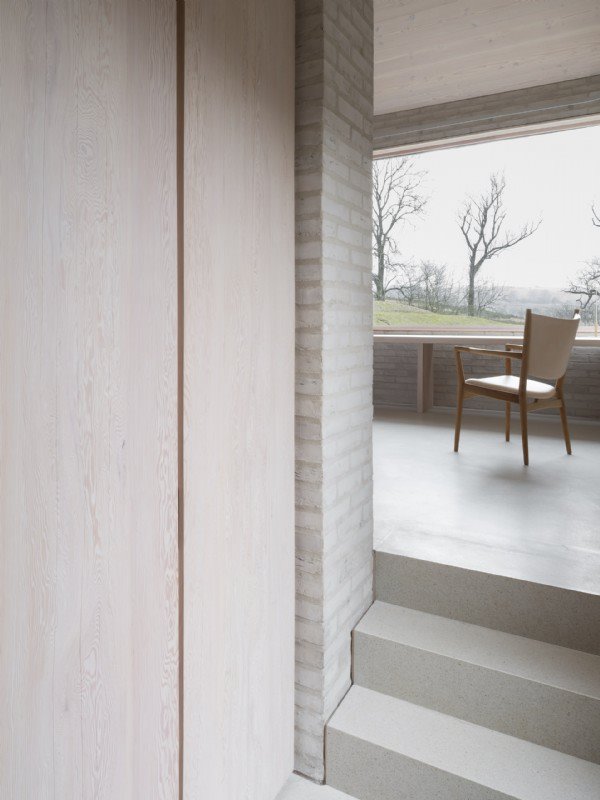 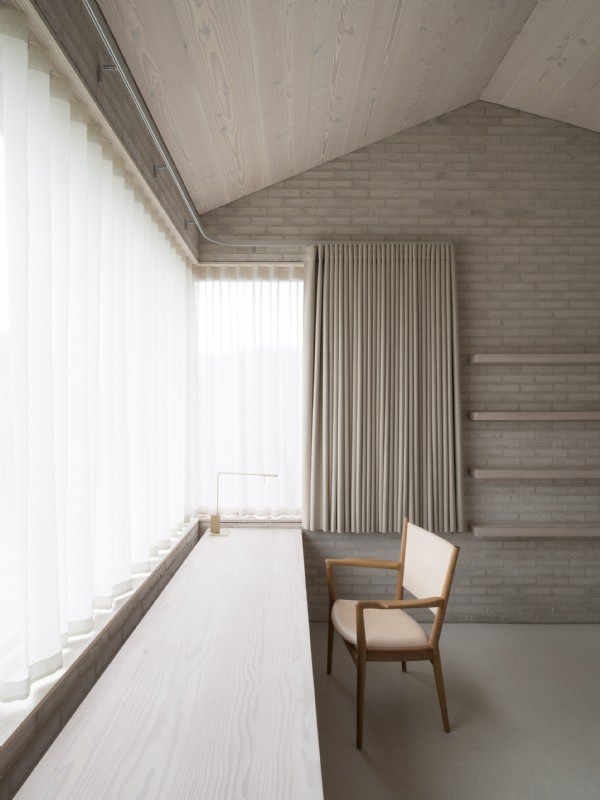 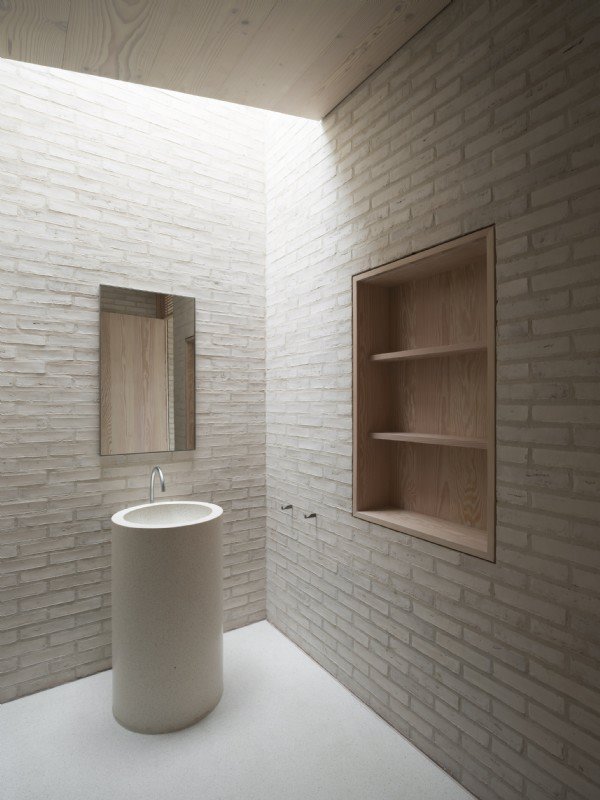 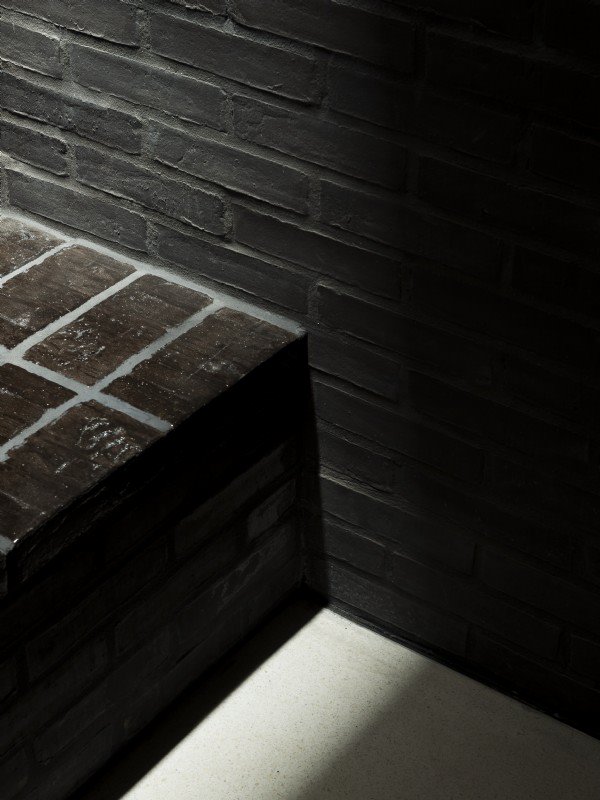 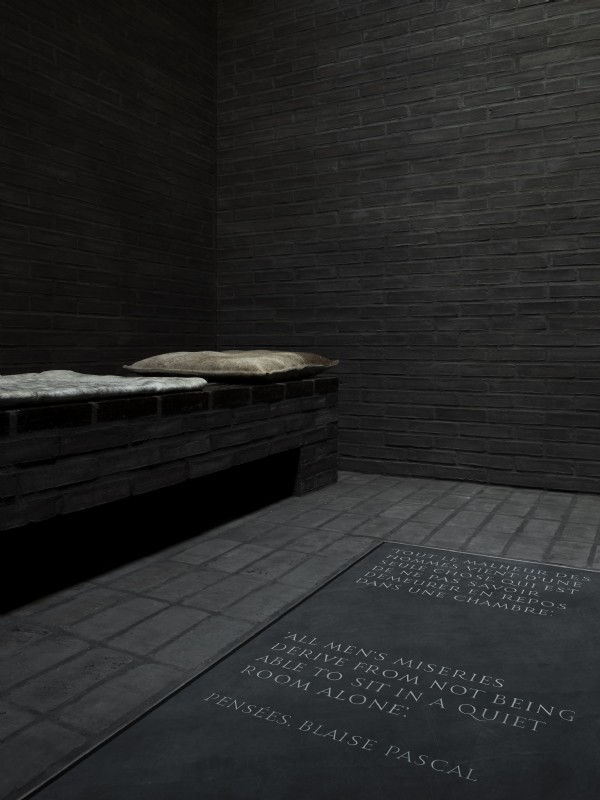