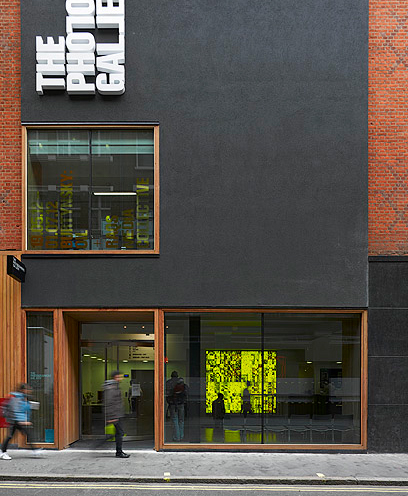 The Gallery is located at a crossroads, between Soho and Oxford Street.

The corner site is visible in a glimpse view through the continuous shop frontage of Oxford Street. Ramillies Street is approached down a short fight of steps, leading to a quieter world behind the scenes of London life, a laneway with warehouses and backstage delivery doors.

The brick-warehouse steel-frame building is extended to minimise the increase in load on the existing structure and foundations. This extended volume houses large gallery spaces. A close control gallery is located within the fabric of the existing building.

The lightweight extension is clad in a dark rendered surface that steps forward from the face of the existing brickwork. The street front café is finished with black polished terrazzo. Untreated hardwood timber framed elements are detailed to slide into the wall thickness flush with the rendered surface. The composition and detail of the hardwood screens and new openings give a crafted character to the façade.

A deep cut in the ground floor façade was made to reveal the café. The ground floor slab was cut out to lead down to the basement bookshop. An east-facing picture window and the north-light periscope window to the city skyline were added in response to the specific character of the site. 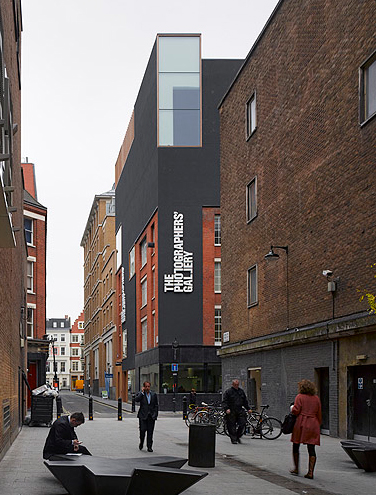 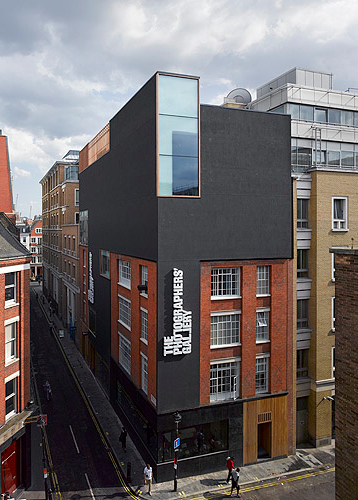 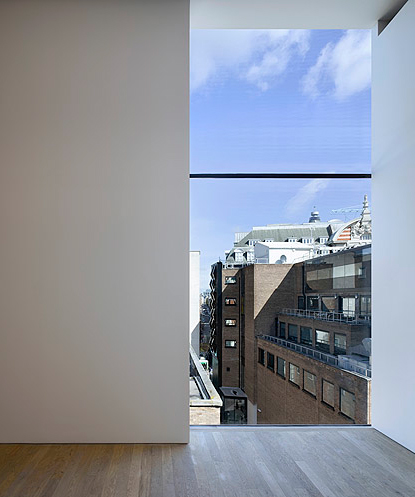 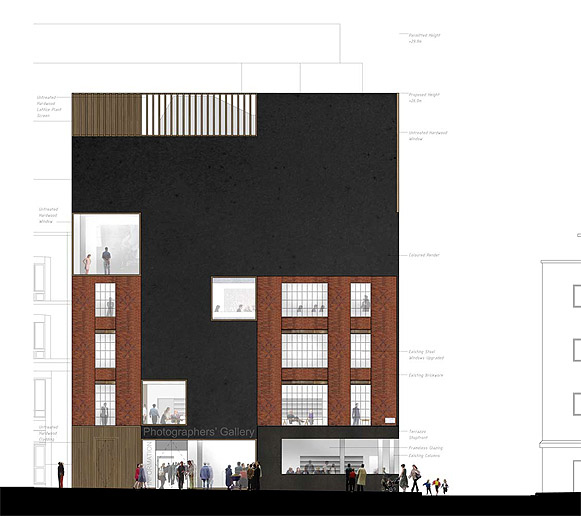