This agricultural school building is situated on the outskirts of Leuven, overlooking the city from its slightly elevated position in the landscape. The building consists of a linear block of five floors, housing the classrooms and facilities complemented by a horizontal volume—the sport hall—attached to it. The roof of the sport hall forms the playground with an equal volume. The playground lies before the classrooms, effectively working as the entrance to the school complex. This platform cuts through the class volume, marking the entrance to the school and providing a view to the school’s agricultural fields. The main feature of the school is a parallel set of stairs and landings between playground and sports hall on the one hand and the classrooms on the other. This set of stairs makes the main façade of the school building, executed in rough precast concrete, the mediator between all the school activities. The school’s façade is simply standard brick painted white. The entire volume of the school building turns away from the street to align with the orientation of the fields of the schoolyard. As a result the volume of the school makes a set of secondary spaces that provide the bike storage and an entrance ramps to the main premises.

The volume of the school makes a distinct angle with the street and the neighbouring buildings. Through its twisted position it finishes the existing geometric layout of the fields behind, and at the same time, by opening up like a gate, allows for a view over the fields towards the city of Leuven, almost as a staged medieval city portret. 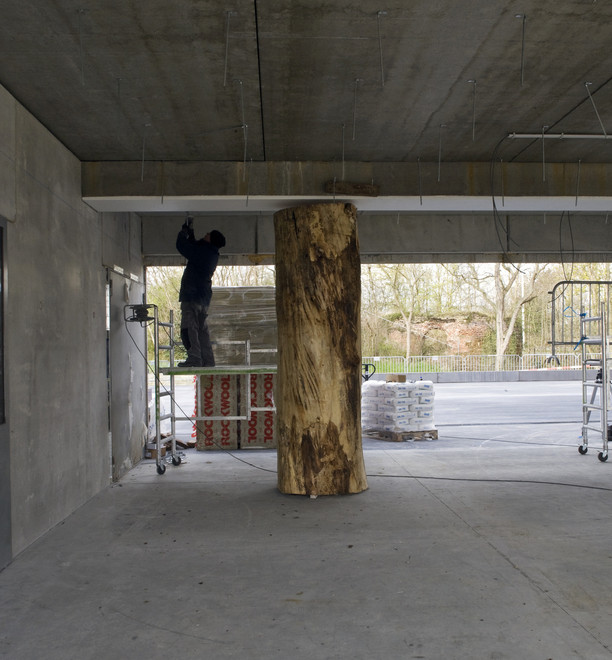