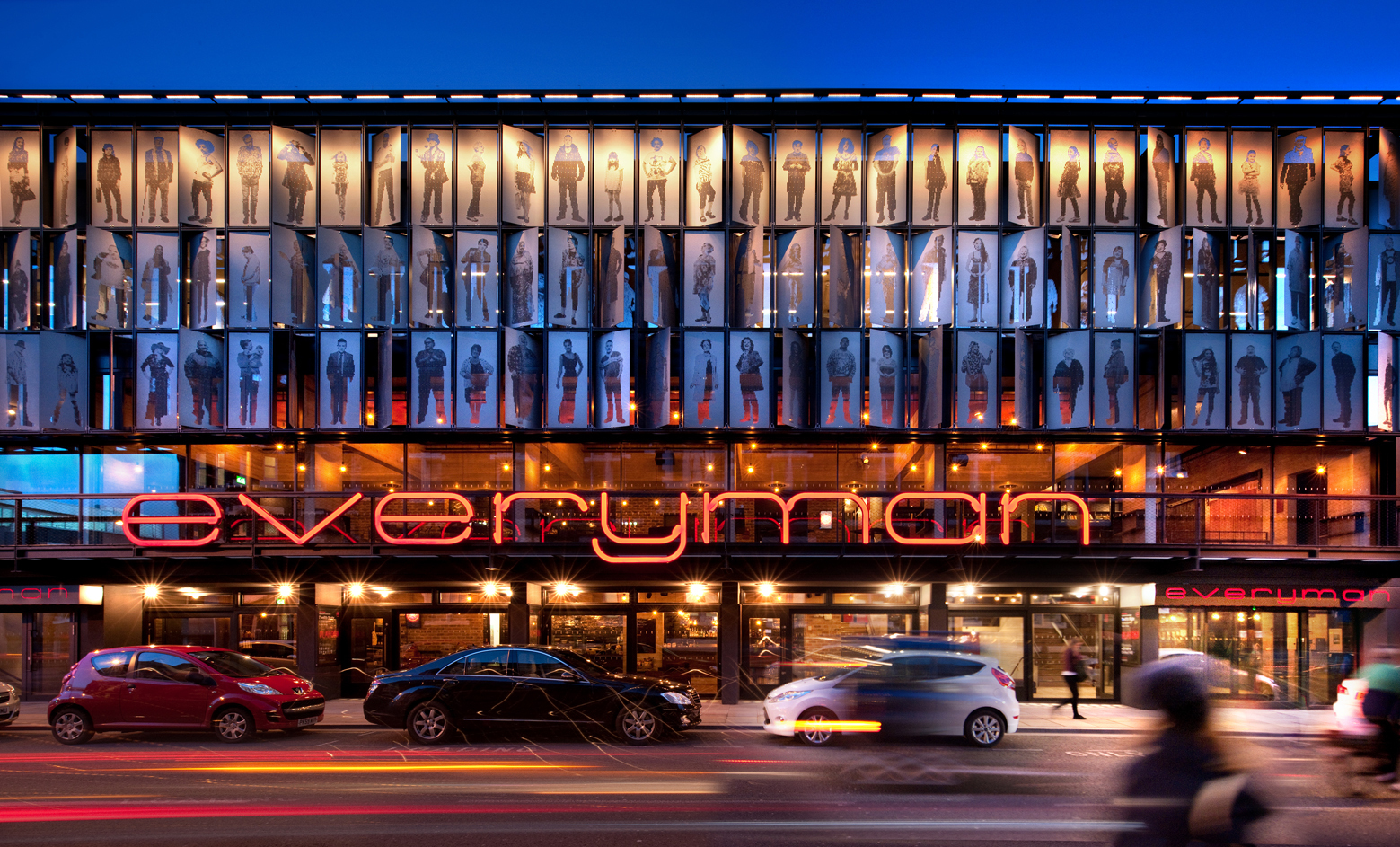 The Everyman is a new theatre to replace the 19th century home of an iconic Liverpool institution. The building makes use of the constrained topography of the site by arranging the public spaces around a series of half levels, establishing a continuous winding promenade from street to auditorium. Foyers and catering spaces are arranged on three levels including a new Bistro, culminating in a long piano nobile foyer overlooking the street. The auditorium is an adaptable thrust stage space of 400 seats, constructed from the reclaimed bricks of Hope Hall and manifesting itself as the internal walls of the foyers.

The building incorporates numerous creative workspaces, with a rehearsal room, workshops, a sound studio, a Writers’ Room overlooking the foyer, and EV1 – a special studio dedicated to the Young Everyman Playhouse education and community groups. Externally, local red brick was selected for the walls and four large ventilation stacks, giving the building a distinct silhouette and meshing it into the surrounding architecture. The design combines thermally massive construction with a series of natural ventilation systems and low energy technical infrastructures to achieve a BREEAM Excellent rating for this complex and densely inhabited urban building.

The main west facing facade of the building is as a large-scale public work of art consisting of 105 moveable metal sunshades, each one carrying a life-sized, water-cut portrait of a contemporary Liverpool resident. Typographer and artist Jake Tilson created a special font for a new version of the iconic red ‘Everyman’ sign, whilst regular collaborating visual artist Antoni Malinowski made a large painted ceiling piece for the foyer, to complement an internal palette of brickwork, black steel, oak, reclaimed Iroko, deeply coloured plywood and pale in situ concrete. 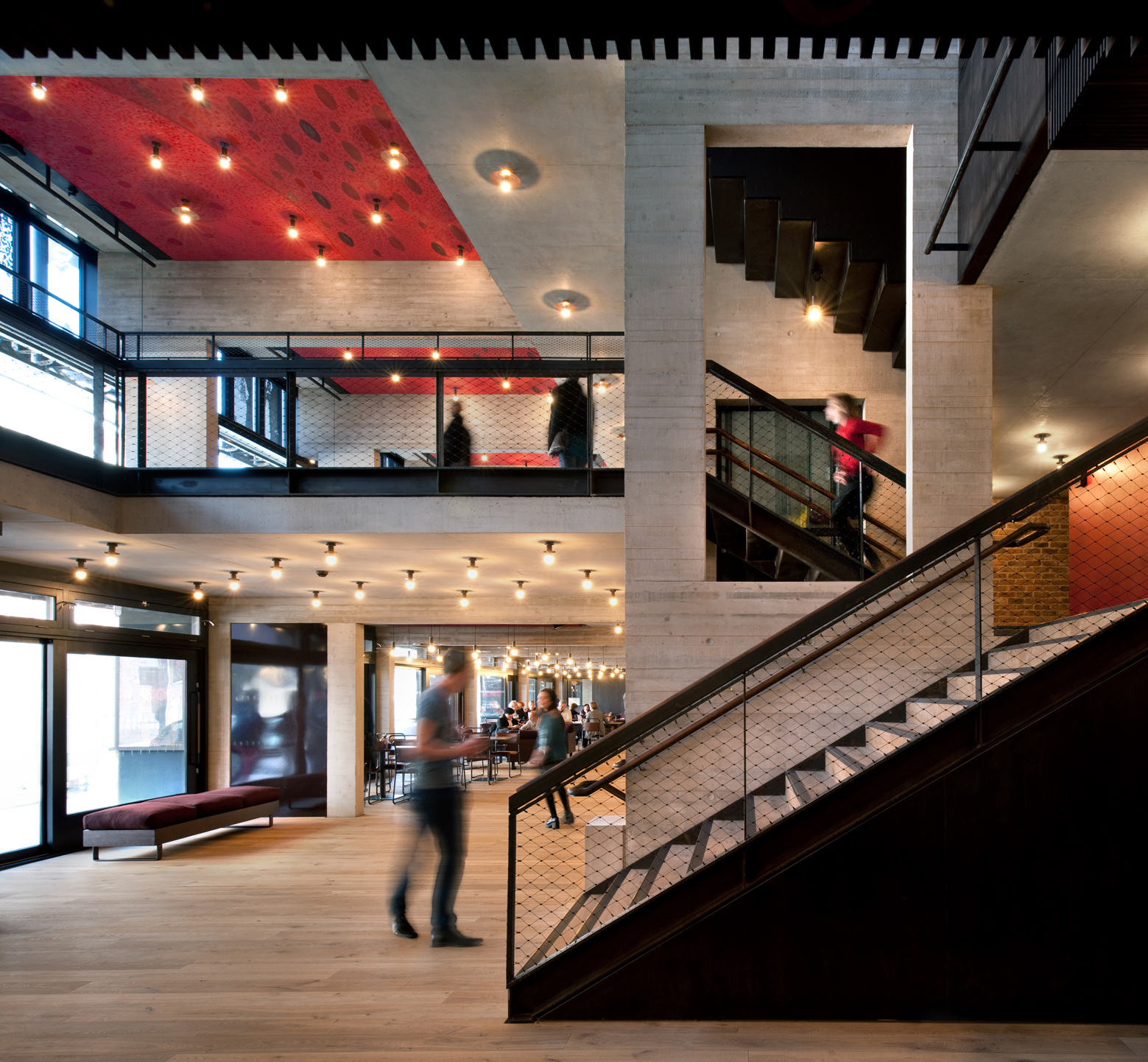 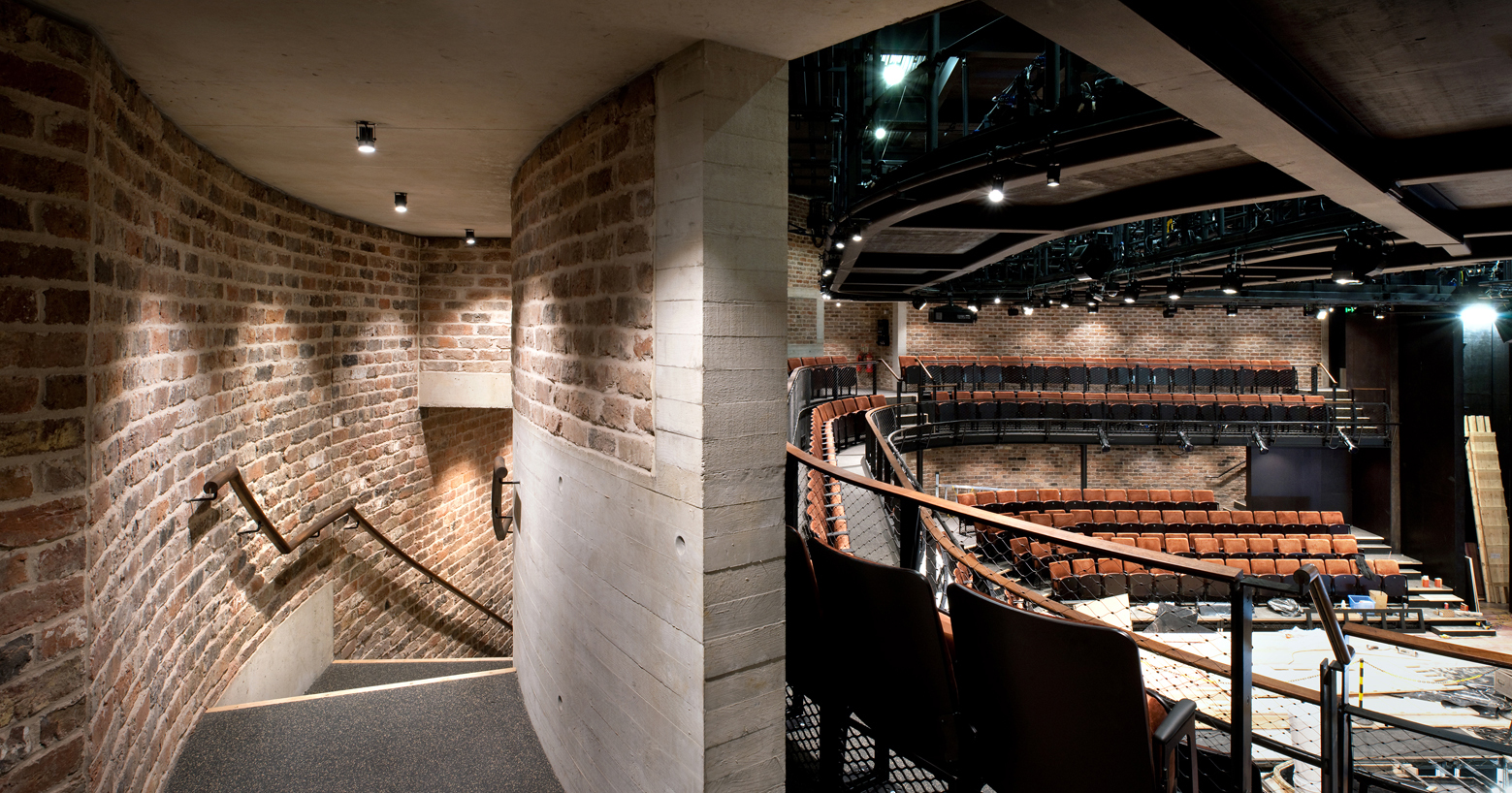 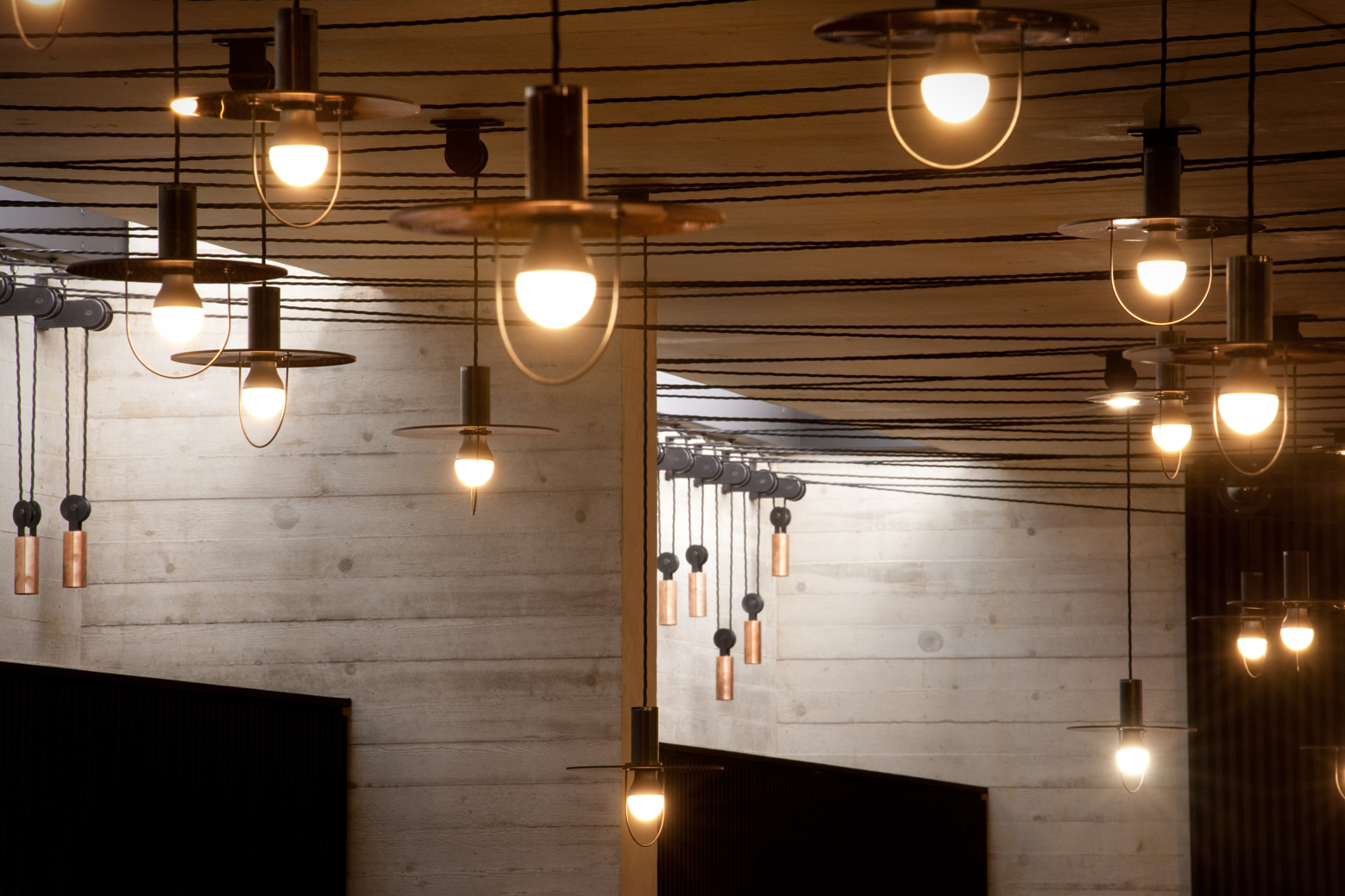 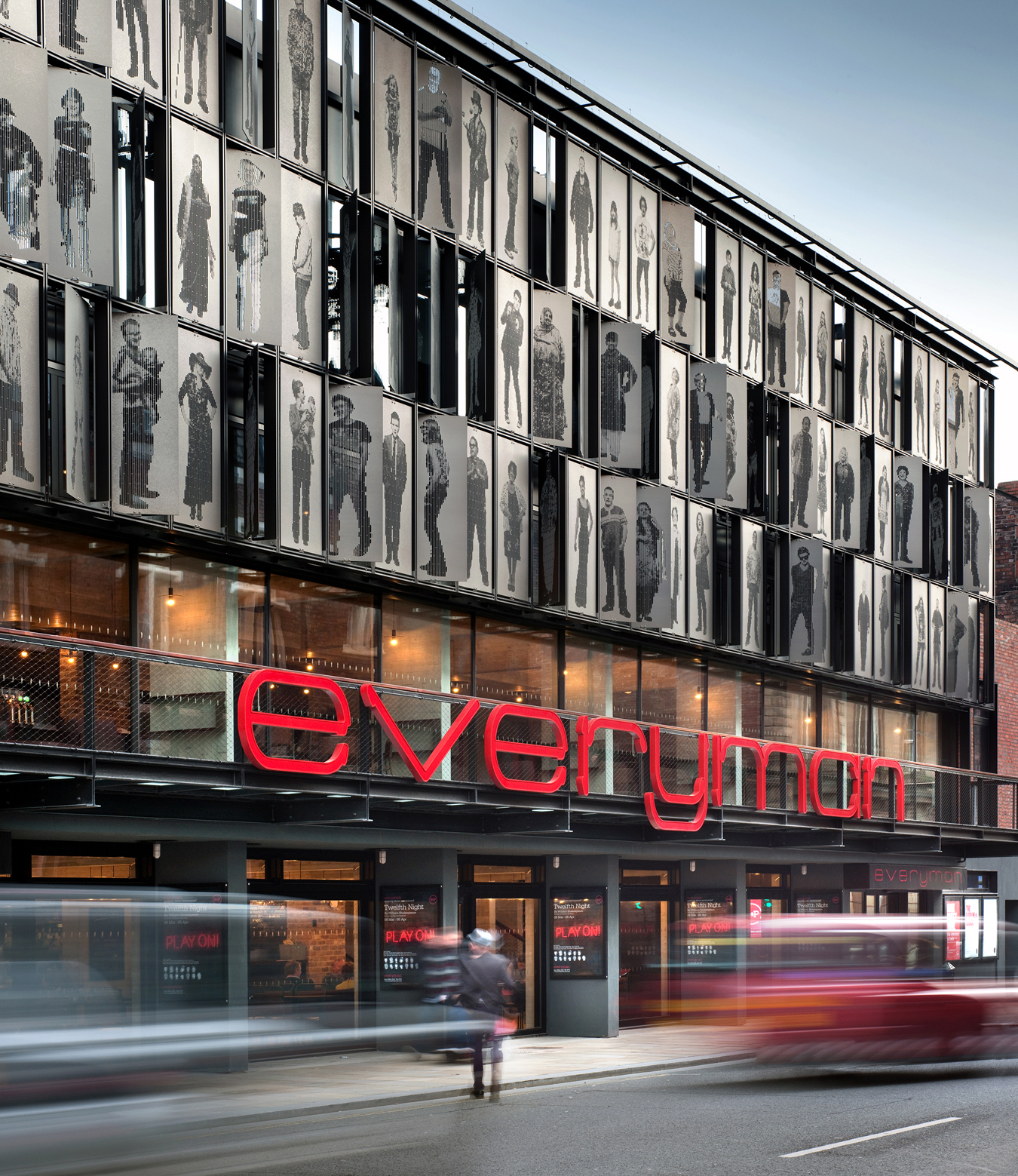 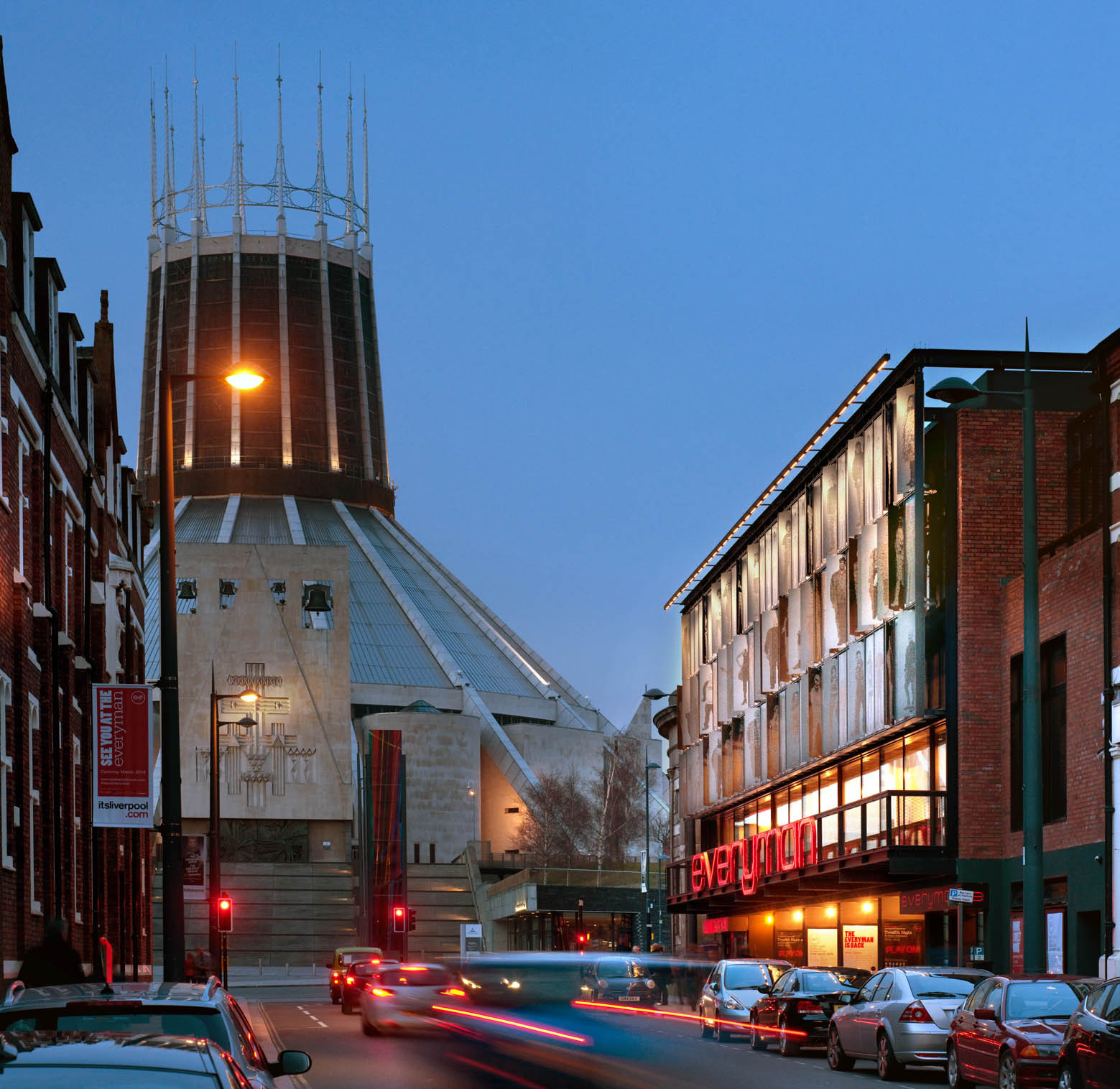 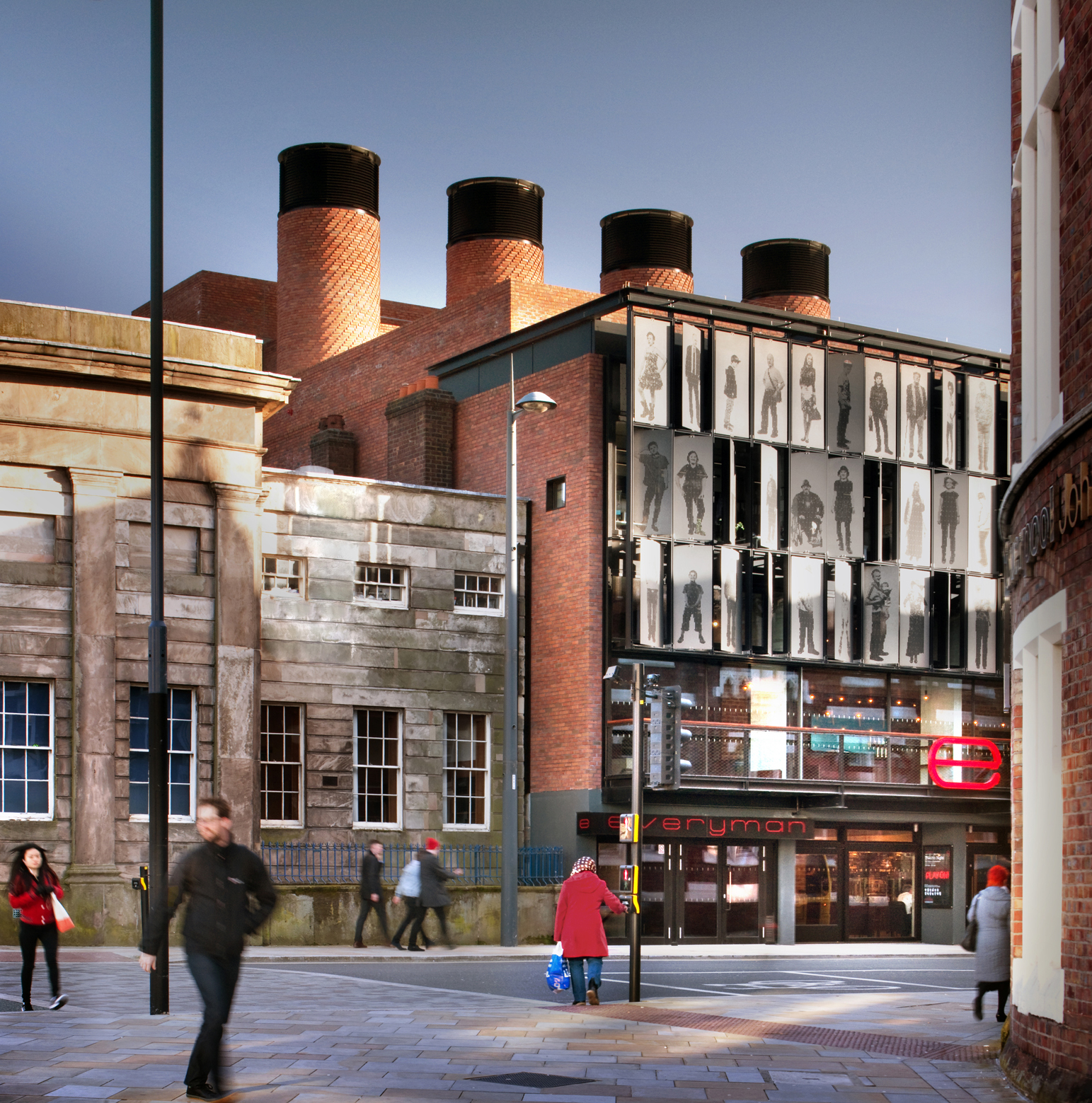 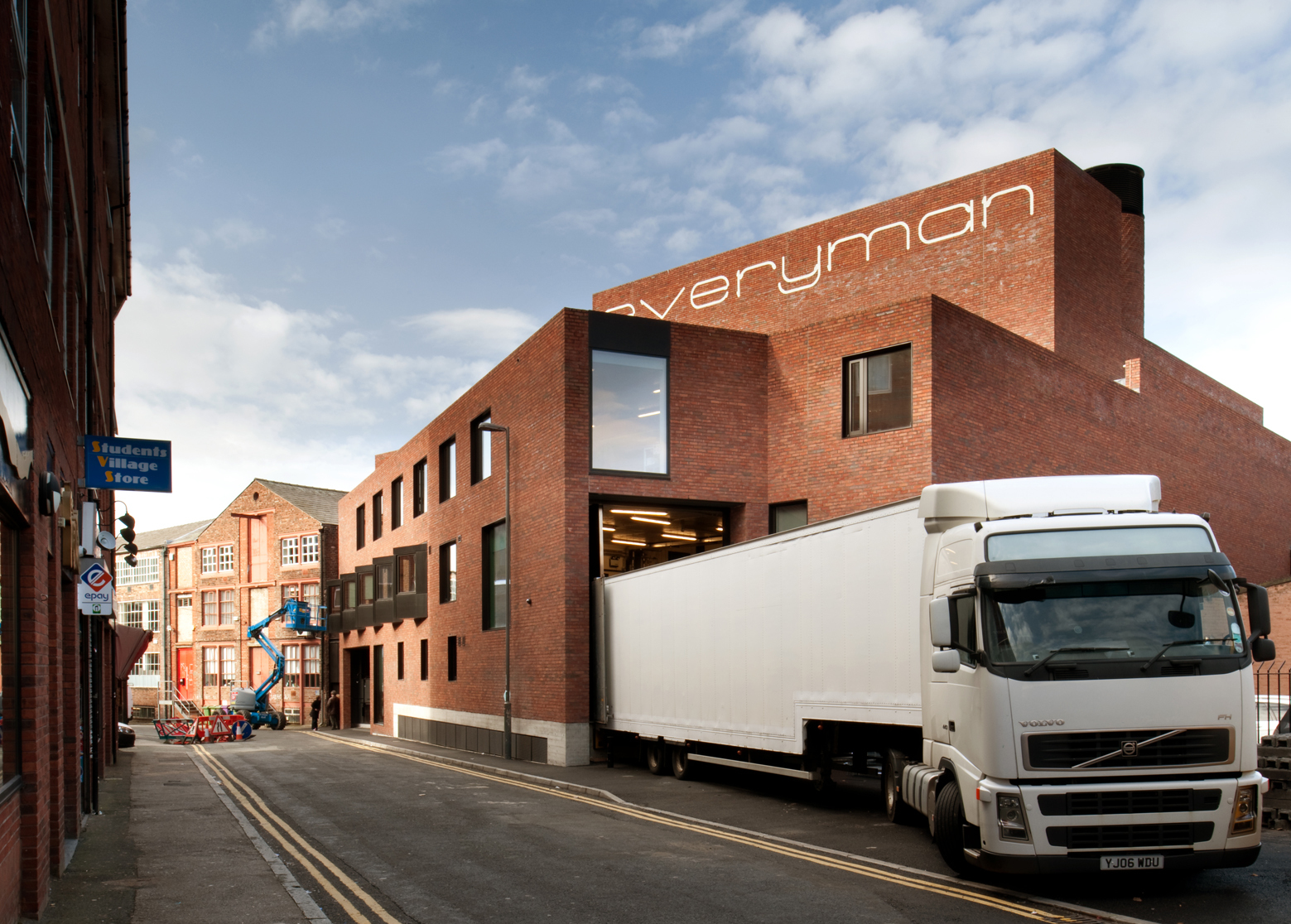 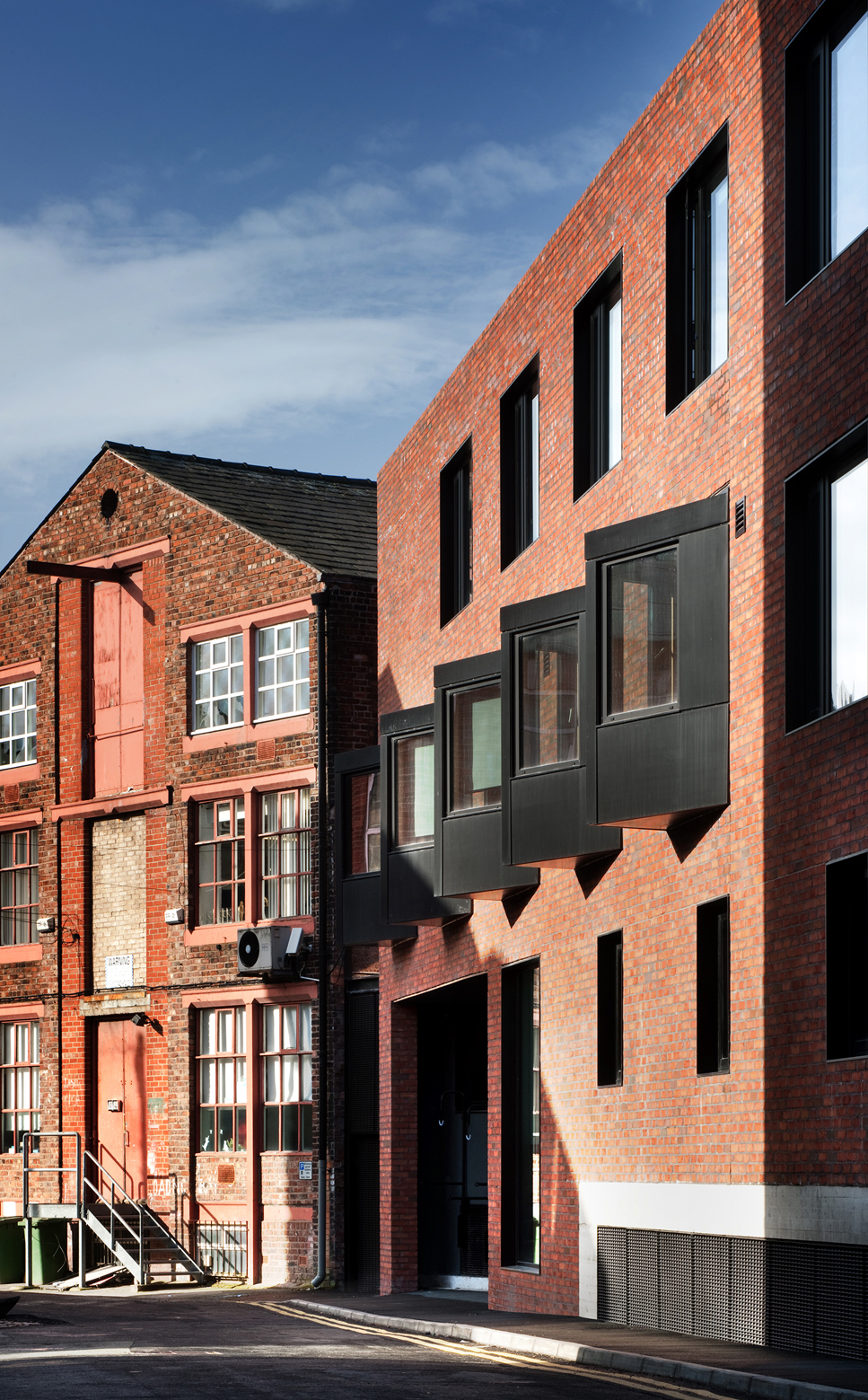 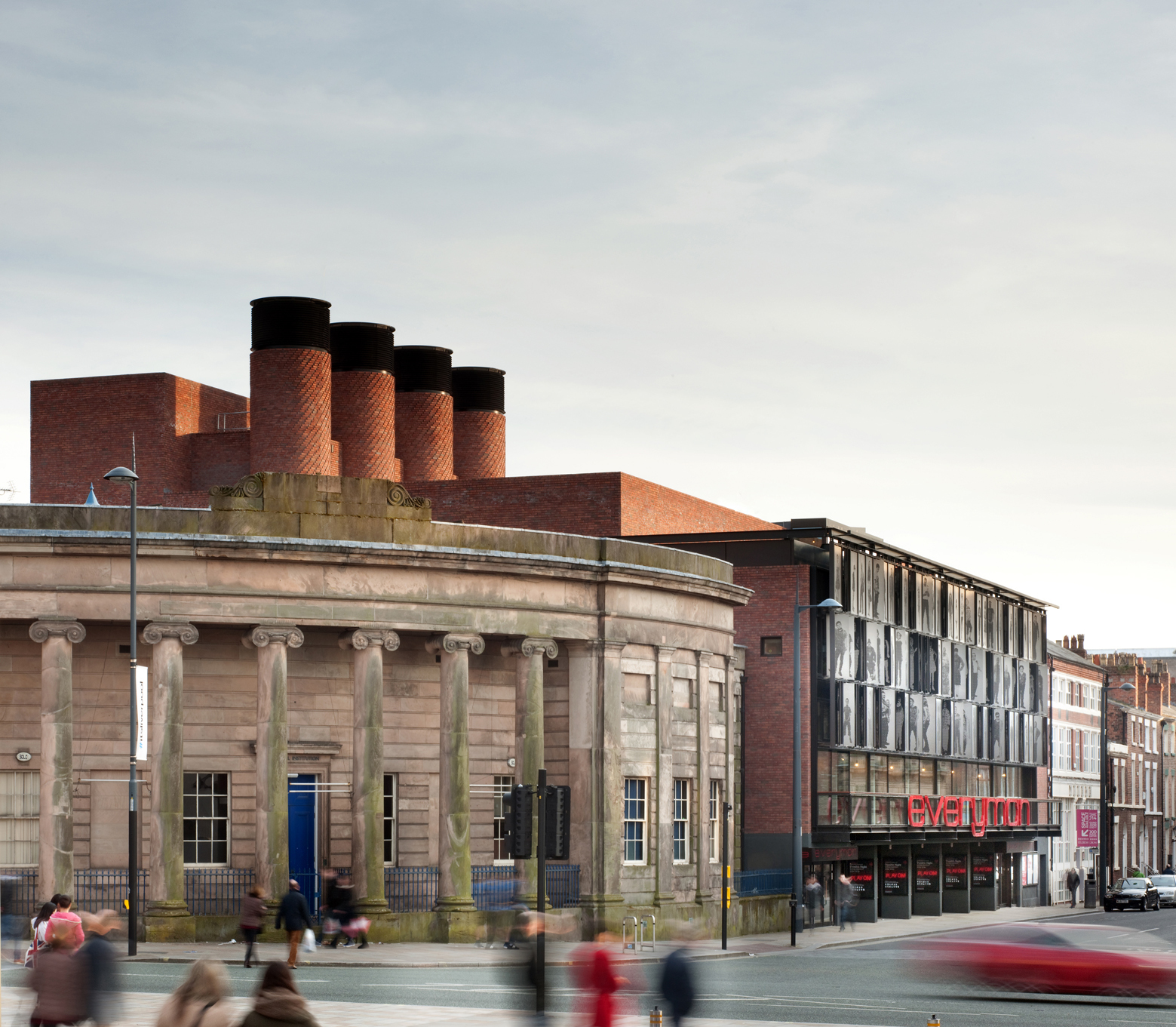 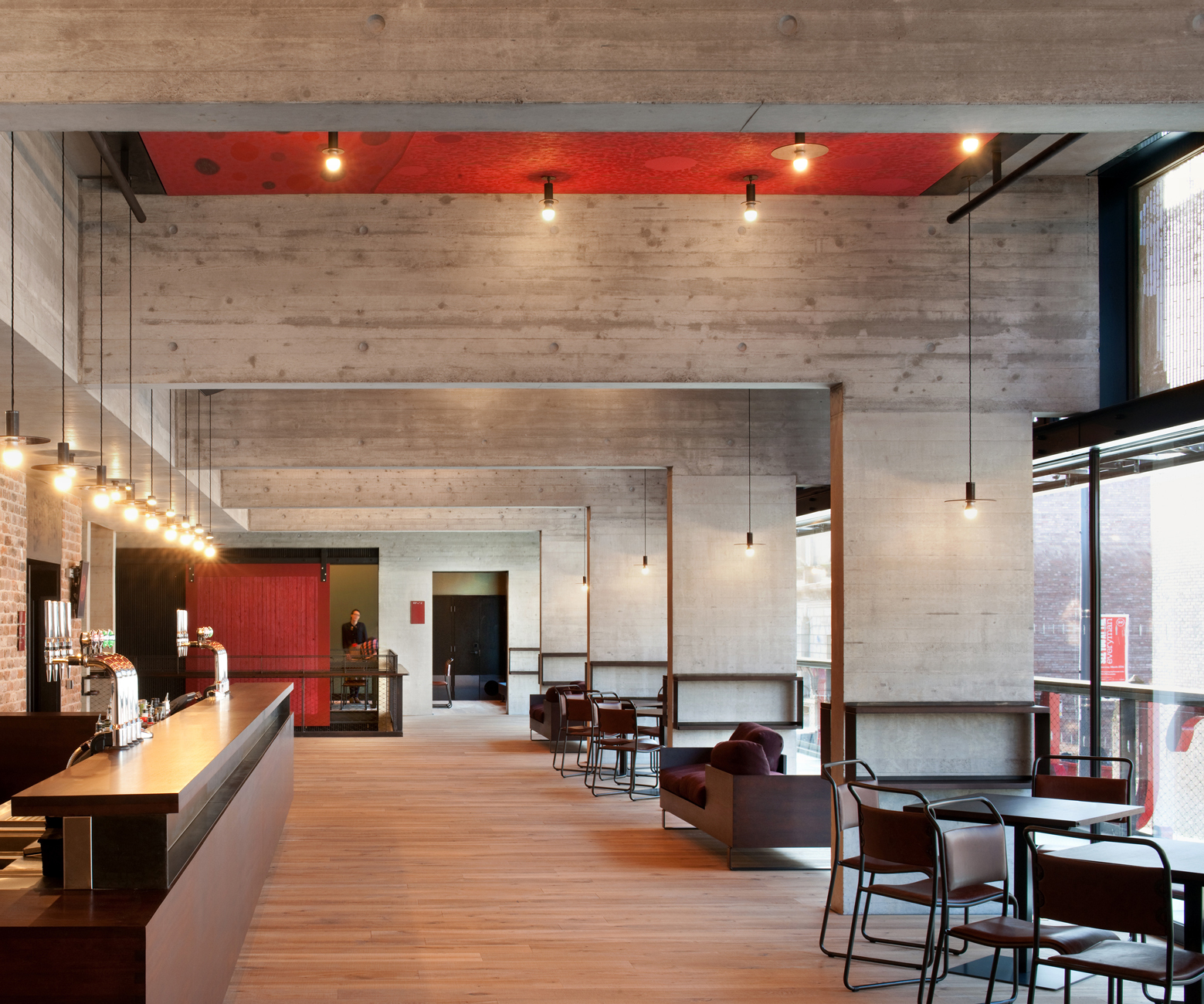 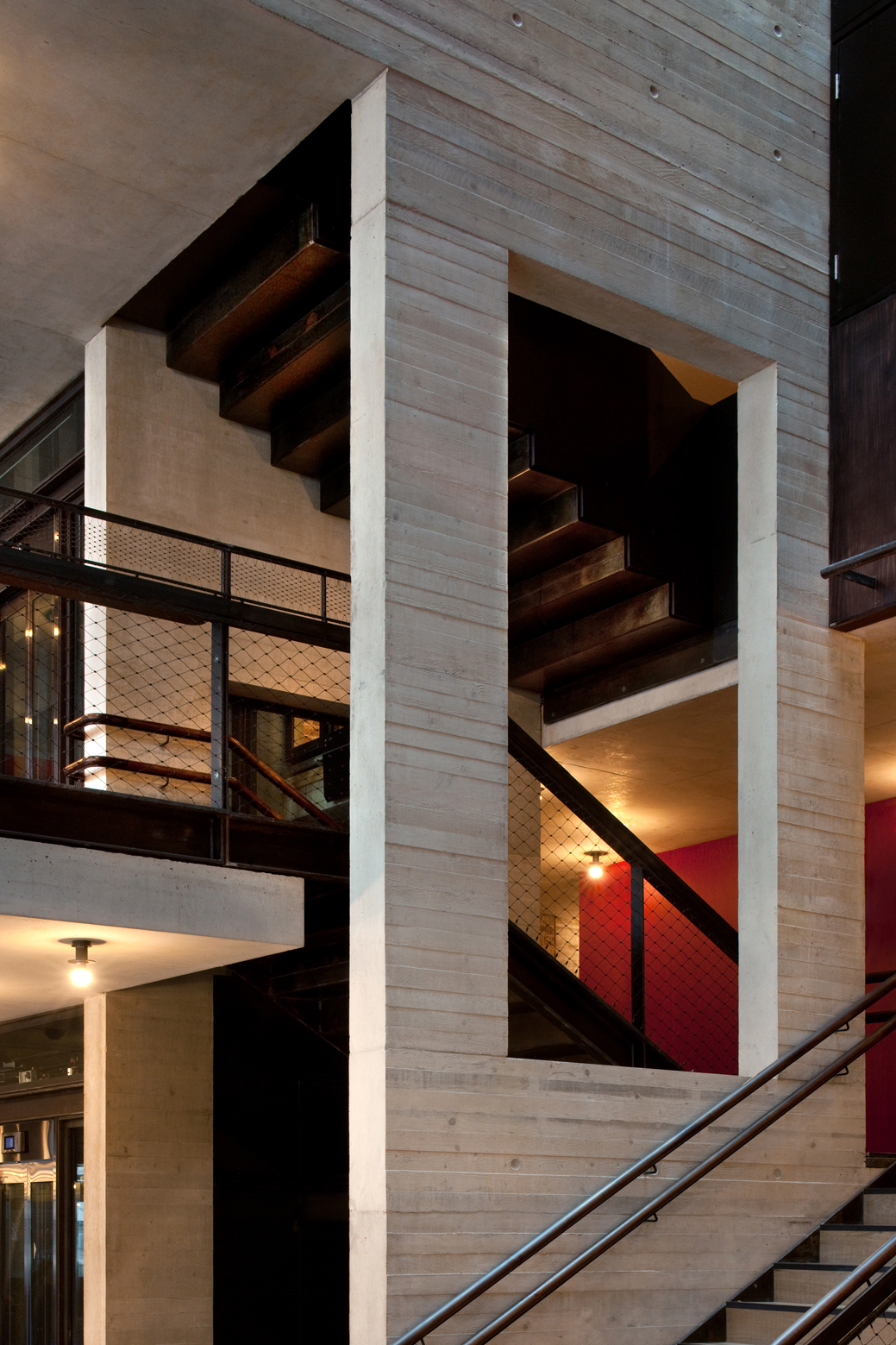 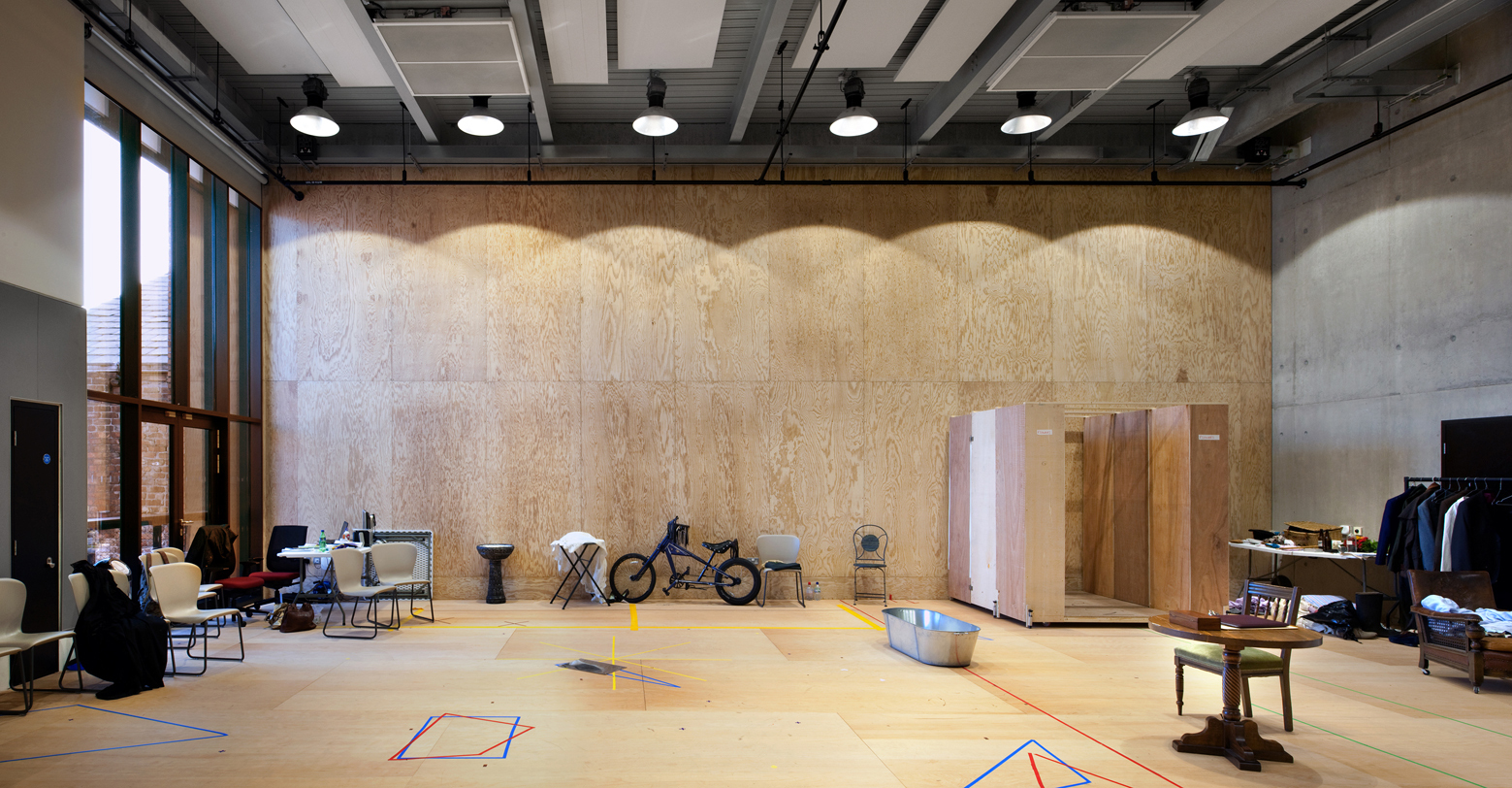 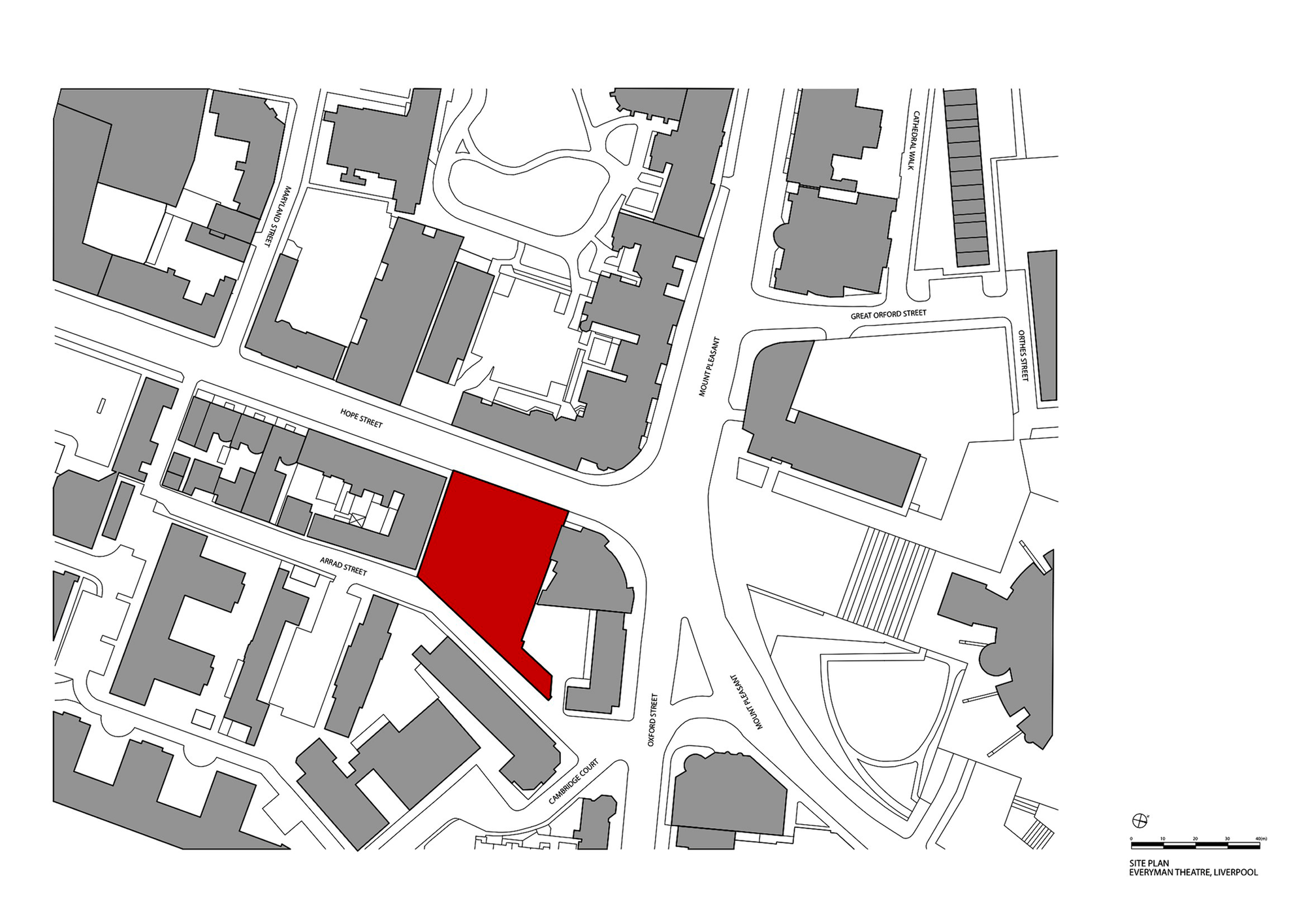 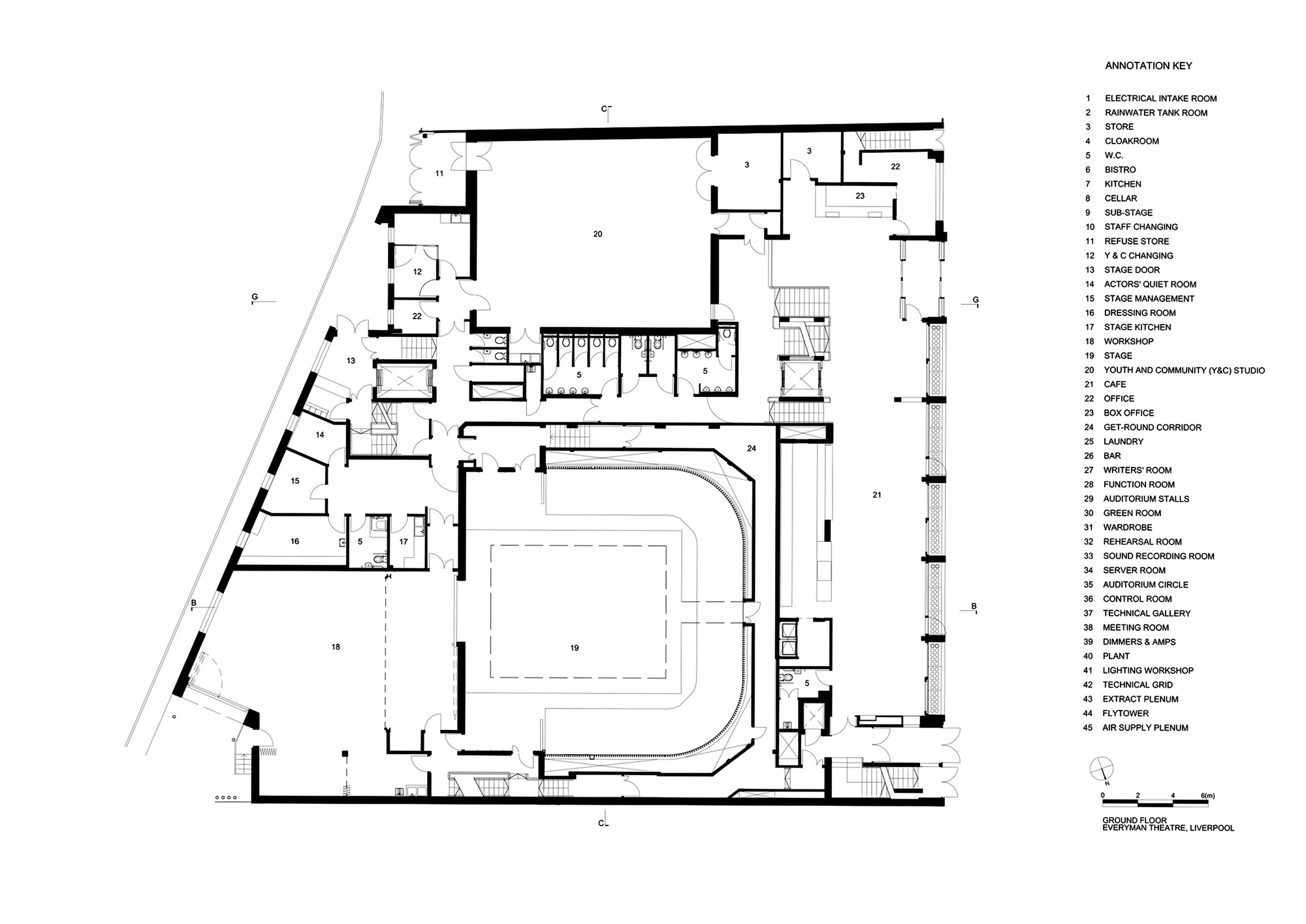 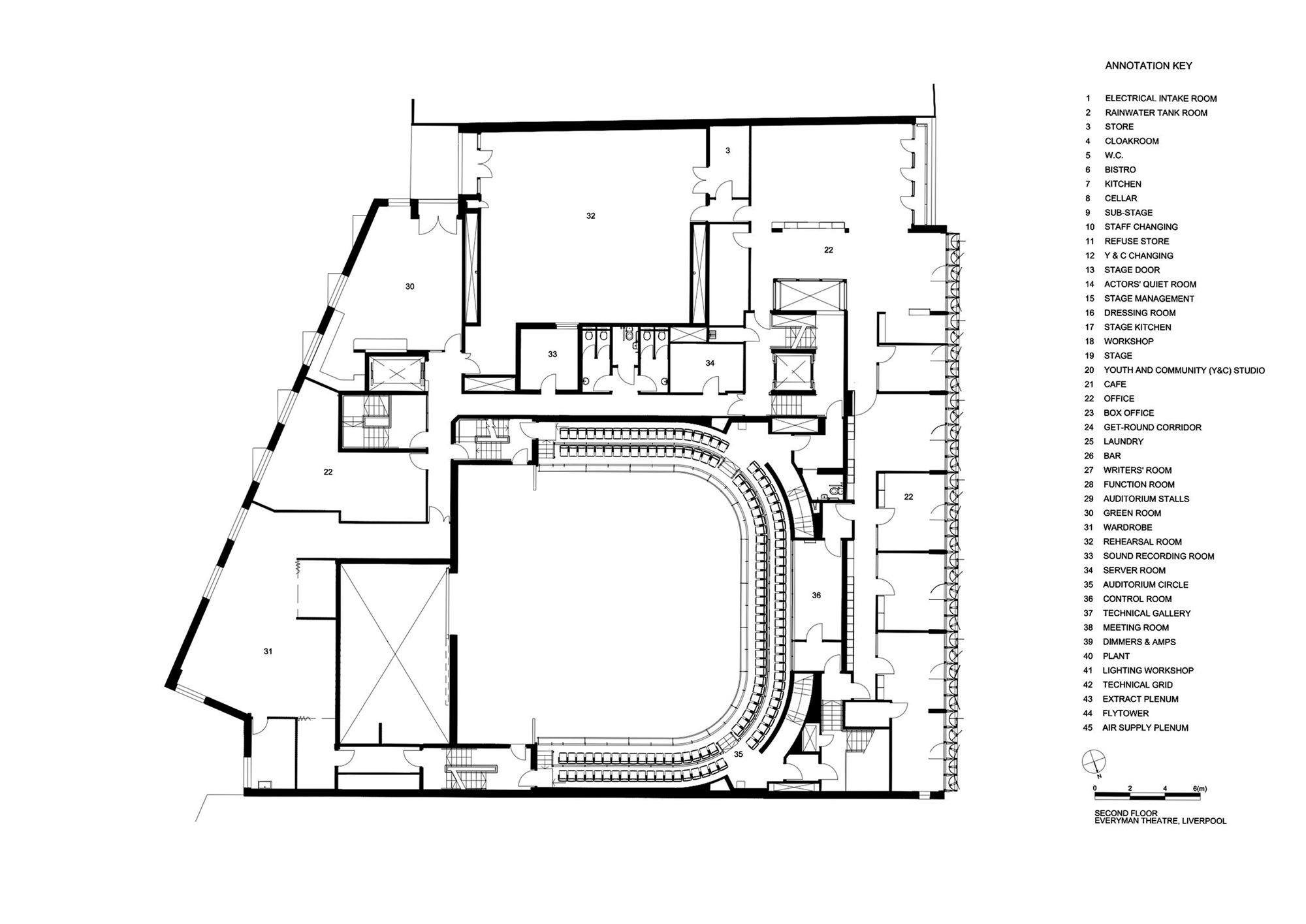 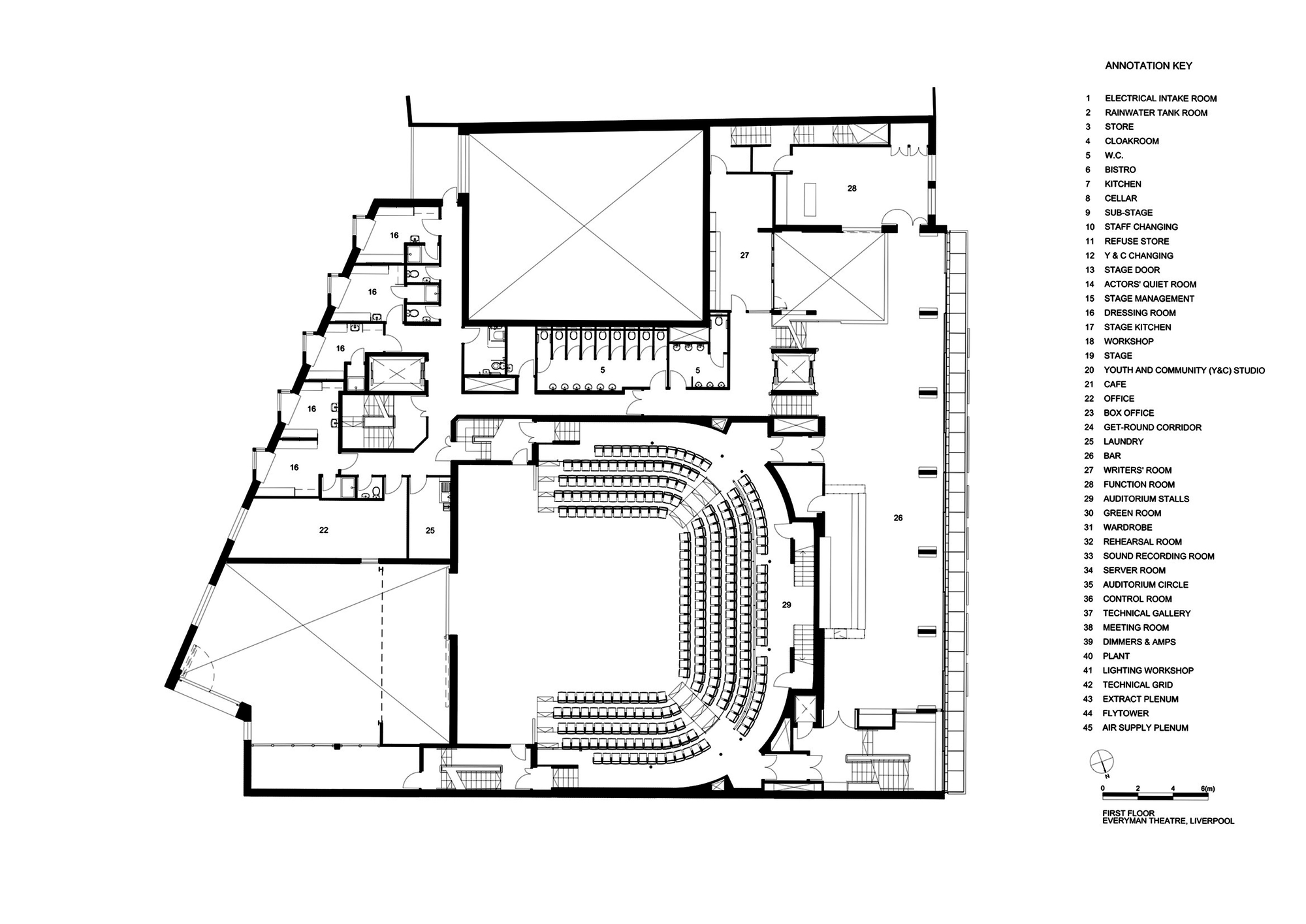 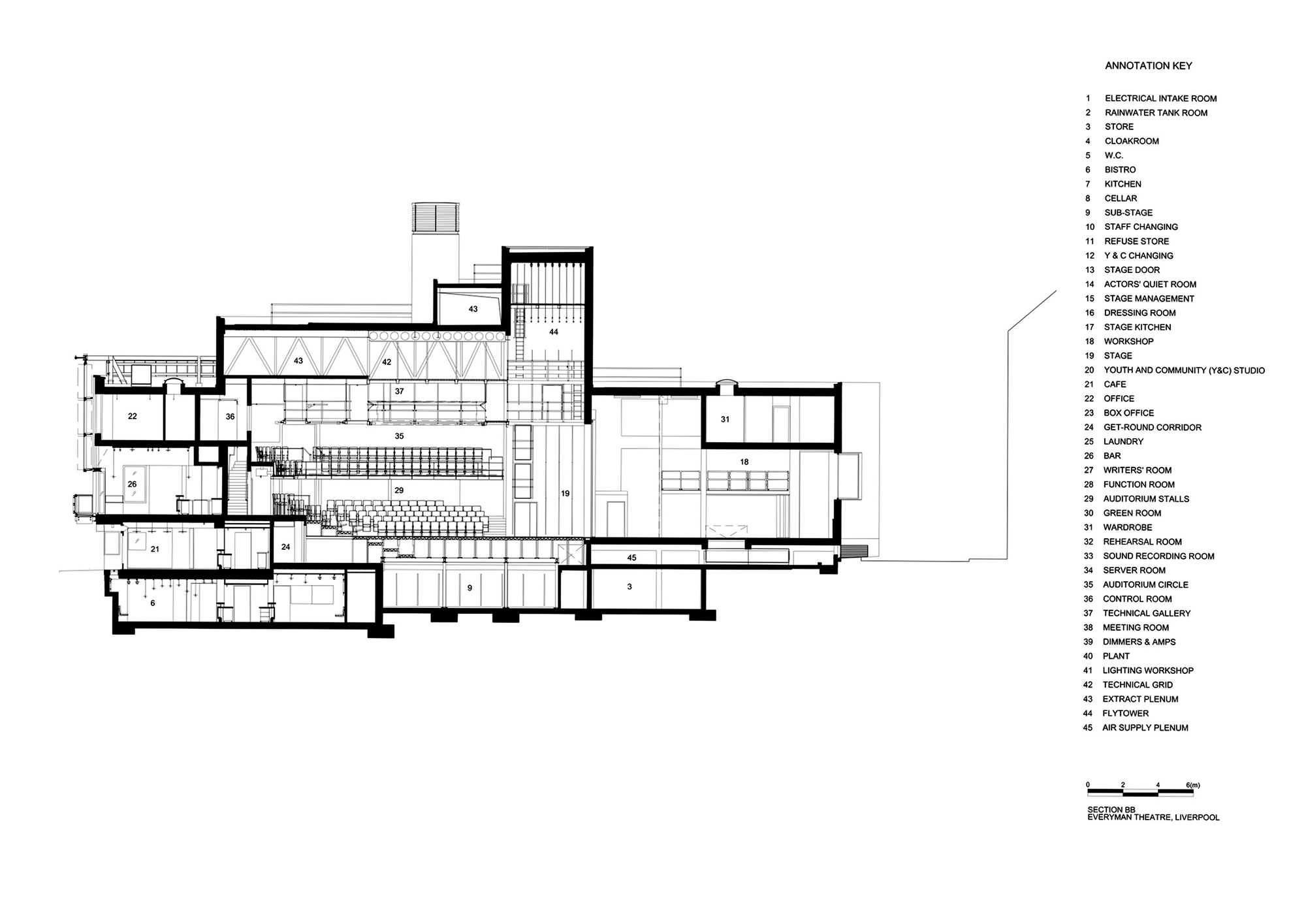 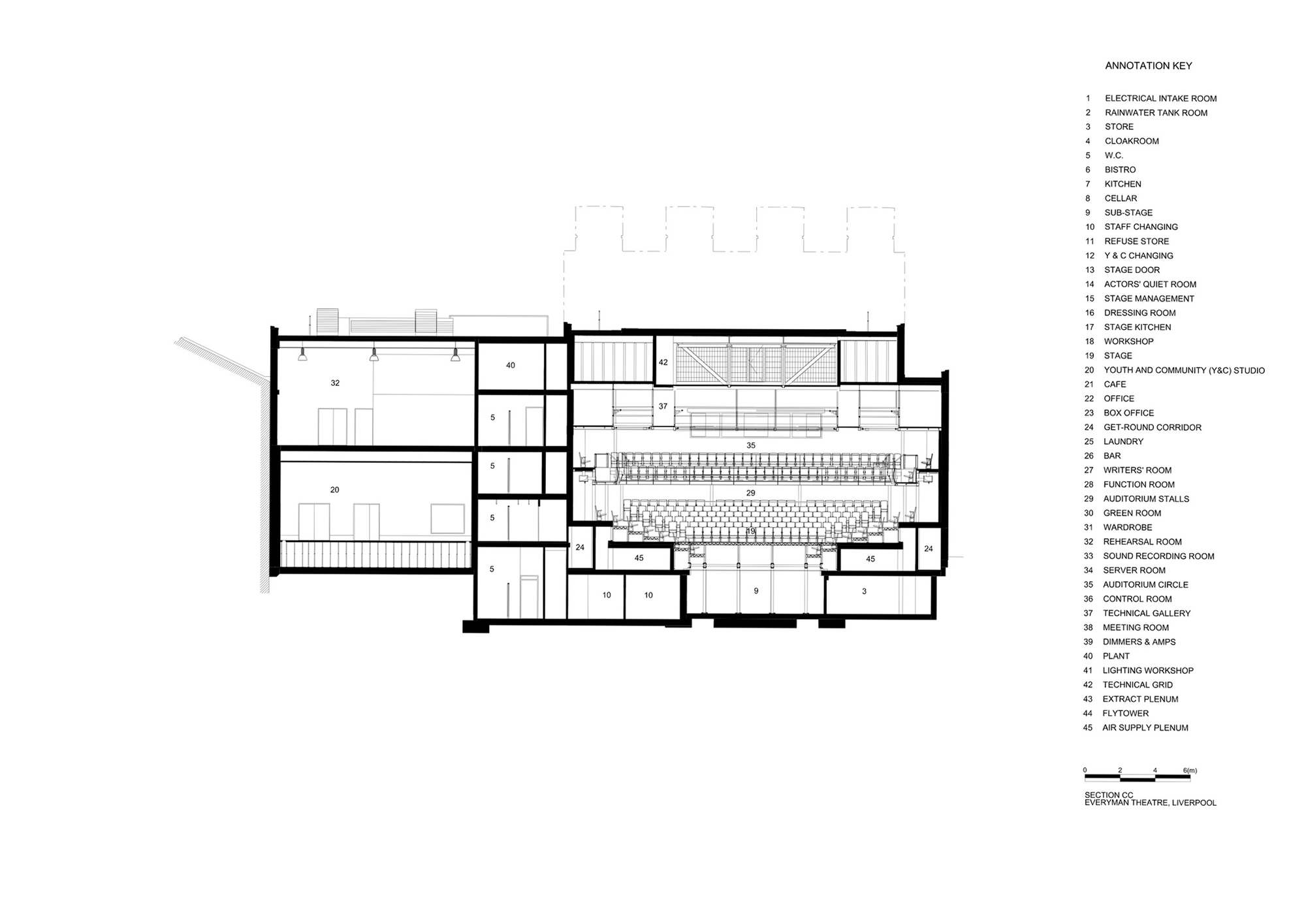 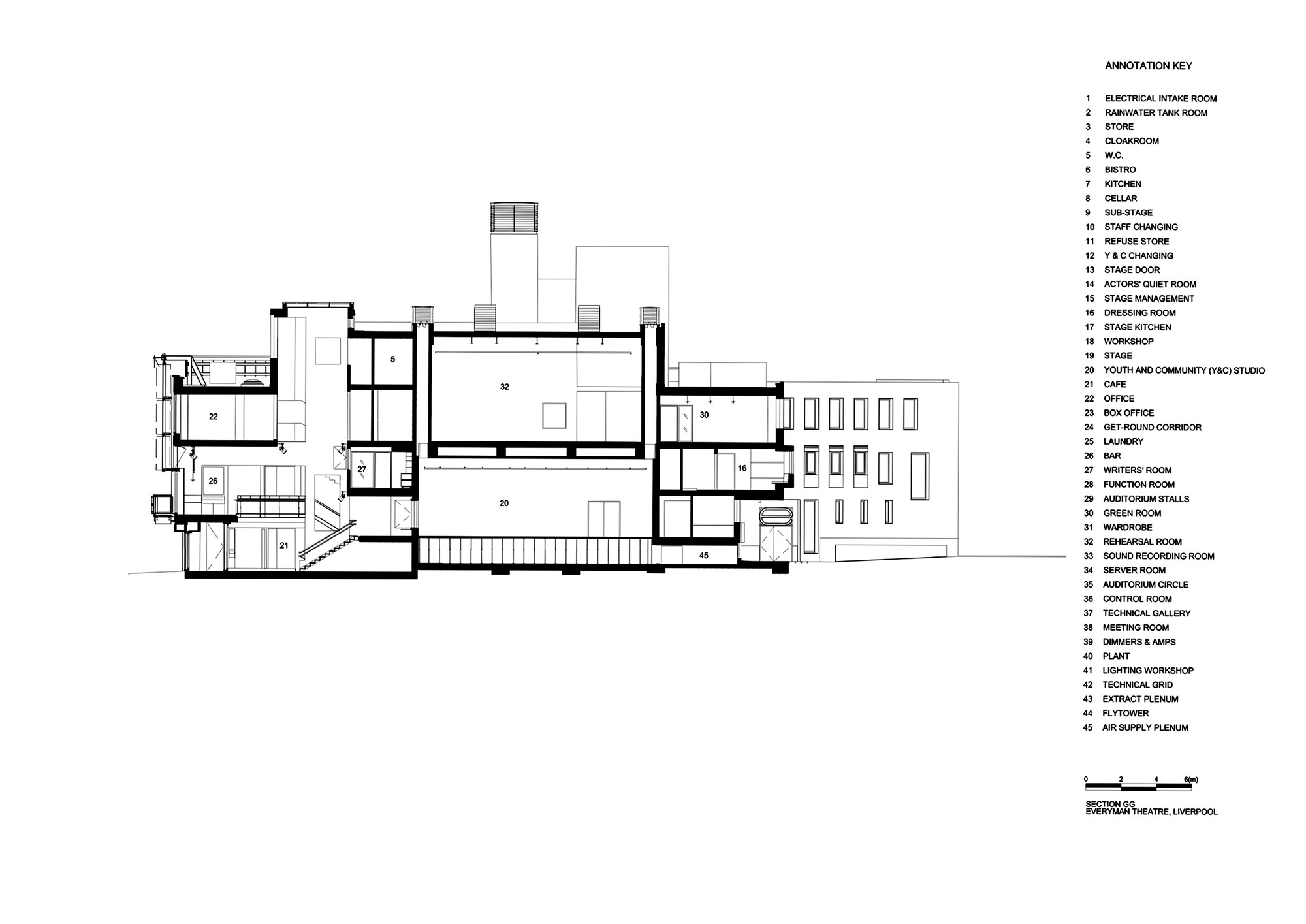