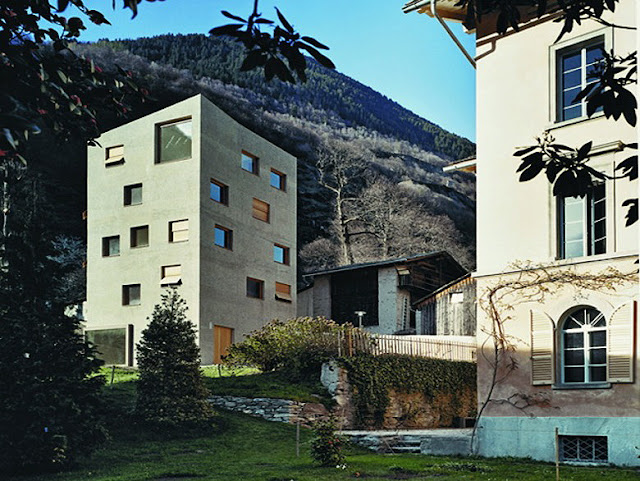 The Villa Garbald in the Swiss Alps, a recently rediscovered masterpiece by Gottfried Semper, the 19th century German architect and that Miller Maranta refurbished and built a new extension.

The villa, designed while Semper was professor at the Eidgenossische Technische Hochschule (ETH) university in Zurich, was originally commissioned by Agostino Garbald, the director of customs in Castasegna, a town close to the Italian border. In 1958, when the last of the Garbald family died, the house was given to the ETH, which used it as a seminar centre. 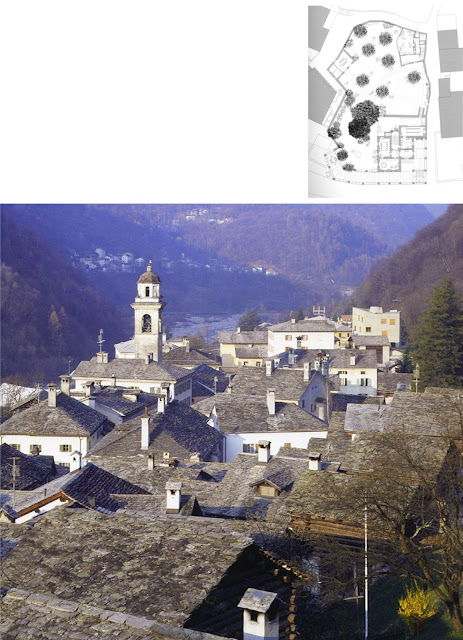 The building’s august architectural heritage was somewhat forgotten until the late 1990s, when a competition was held to refurbish the faded house, and to extend it with new residential quarters for seminar delegates. Basel-based architect Miller Maranta won the project, and worked in collaboration with legendary Swiss engineer Jürg Conzett on the reinstatement of the rich interiors of the original building and a new extension. This new element is a counterpoint to Semper’s grand and romantic villa, referencing the vernacular buildings of the region. 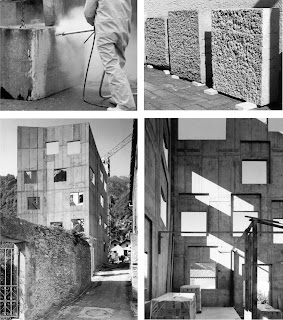 Miller Maranta’s refurbishment and extension provides more accommodation for delegates at the seminars, and also provides space for the local community to use. The whole complex is contained within the walls of the villa’s garden. 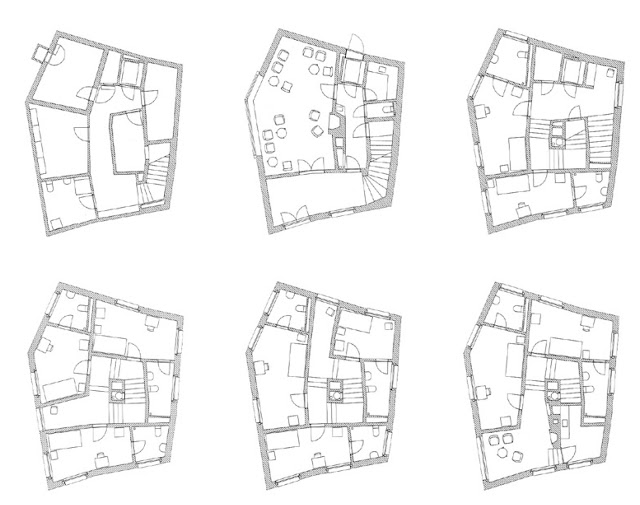 The entrance is from the sloping garden between the new building and the Villa Garbald itself, through a room that can open up to the outdoor space. On the ground floor is a large room that is shared between community uses and the university. Although the five-storey building contains mostly bedrooms, there is a sense of narrative. The rooms are arranged around a central staircase, and on reaching the top floor you arrive in a double-height room with a fireplace and an oversized window giving spectacular views over the Bregaglia Valley. 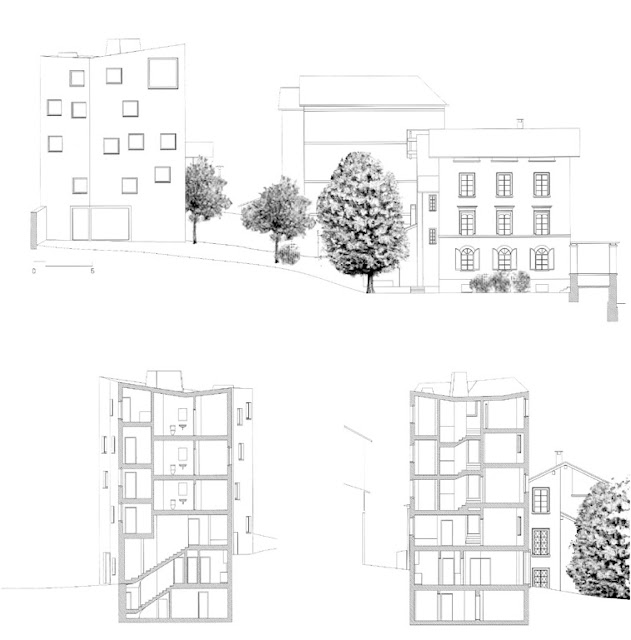 The form of the building is fairly abstract, but with a shifting geometry echoing the forms of the dense surrounding village, and a seemingly random placement of windows, the new tower is clearly closer in spirit to the local vernacular than to Semper’s villa. The form also deliberately references the “roccoli” towers that can be found in villages in northern Italy and Lugano, which were used for hunting birds. 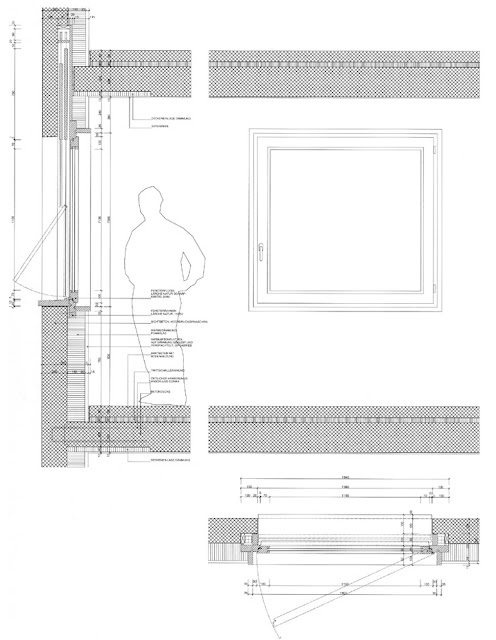 The facade is made of concrete, which was sprayed with high-pressure water jets shortly after the formwork was removed to give an uneven, mottled effect. It already looks similar to the render finishes of the village houses. Eventually moss will grow on this rough surface, and the larch shutters on the windows will turn grey. The building will take on the characteristic hues of the landscape and of the local slate roofs.

The Villa Garbald is a meeting point of two ways of making architecture – in Semper’s case abstract and theoretical and in Miller Maranta’s sensitive, contextual and contemporary. 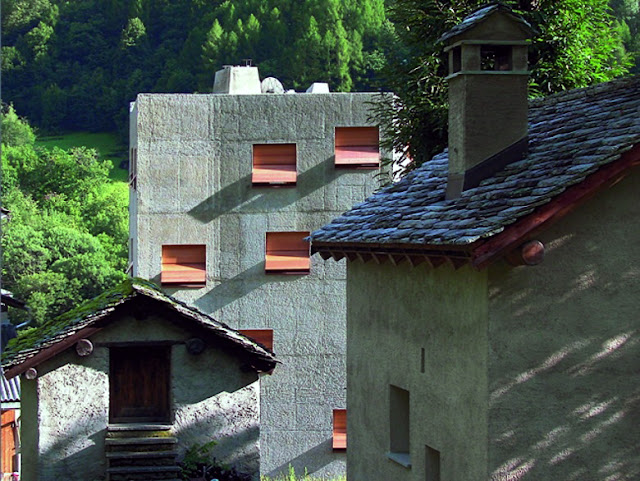