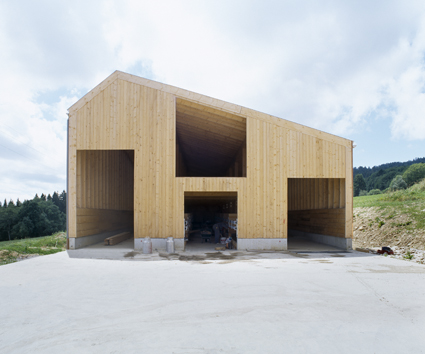 In the last few years, there has been a series of tough international negotiations to rewrite the rules governing agricultural trade. A significant step in this direction was taken at the sixth WTO Ministerial Conference, which took place in Hong Kong from December 13 -18, 2005.

At the end of this meeting, the member countries announced that all forms of export subsidy would be phased out by the end of 2013. Since Swiss agriculture is the most protected in the world (in 2004, 68% of its revenues came from State subsidies), this gradual liberalisation threatens its very survival. In response, it has undertaken a major effort to define and consolidate characteristics that may give its products a competitive advantage. As a country associated with the open air, with magnificent landscapes and placid cows, Switzerland has understandably chosen to focus on notions of authenticity, quality and respect for nature in its production strategy.

Within this context, the Swiss farmer more than ever becomes a “landscape gardener”, committed to the preservation of the fragile and magnificent environment in which he works. In consequence, farming and heritage protection have become complementary, working together in mutual synergy towards the same ends. Although it is one of the first elements that can compromise or enhance the quality of a place, there has paradoxically been little thought about the role of architecture in this process. The drive to minimise costs and indifference to architecture’s potential contribution have led to the development of a catalogue of standardised buildings purely designed as a functional space for the activity they contain.

In 2003, two farmers commissioned Localarchitecture to design free-stall barn for 30 cows. The client wanted a contemporary building design that would nevertheless fit within the budget allocated by the federal authorities to this type of construction. Other criteria included the requirement to meet the standards governing organic production. The cowhouse is to be the final part of the infrastructure of the “Cerisier”, a large agricultural estate in the Jura, set at the heart of an idyllic landscape of fields, pastures, forests and mountain valleys. The brief for the design was to minimise earthworks and provide a balance of cuts and fills. It was to be positioned near the existing farm, delineating an external space set aside for the livestock it houses.

Keen to design a project that would be respectful of the development of local architectural form, the architects conducted a detailed analysis of the farm typologies present in the region. They identified two types. The earliest is characterised by a roof ridge set perpendicularly to the contour lines, creating building facades that are generously open to the valley. However, the disadvantage of this model is that it makes any enlargement problematic. As agriculture became more mechanised, therefore, this layout was gradually replaced by a more flexible typology, with a roof ridge running parallel to the contour lines and side gables designed to facilitate extension.

By combining these systems, the architects have created a synthesis of the different traditions, giving them a contemporary shap in a new identity. In its ambivalence, the building designed by Localarchitecture becomes an element that unifies the surrounding constructions. At a different scale, this unifying dynamic is repeated through the balance between the gentle slope of its roof and cornices and the mountain crests around it.

Both client and architects share a common commitment to sustainable development, reflected in close collaboration on the choice and application of the materials. The building’s structural dimensions were therefore calculated to take account of the timber available in the nearby forest. And the construction details were worked out in such a way that the client himself could complete the final stages of the building, and would thus be able to carry out any subsequent replacement work.

In addition to the ecological advantages, the use of timber made it possible to develop a bearing structure to match the local tradition of the ramée – a large area of open-work wood strips that provides natural ventilation – and to implement simple details to resolve the
complex problem of the building’s geometry. While it is true that cows and Switzerland go naturally together, it should not be forgotten that it is also a country of watchmakers, a tradition reflected in the precision of the answers this project brings to the questions asked of it. 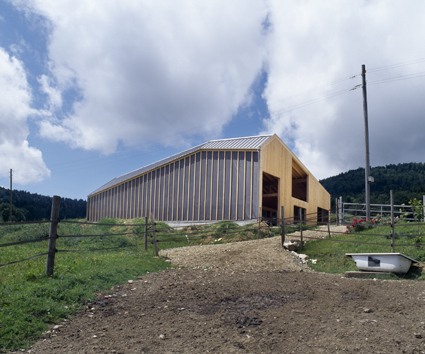 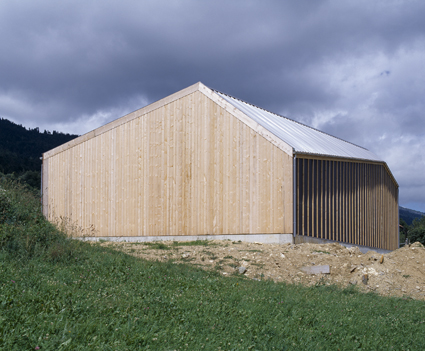 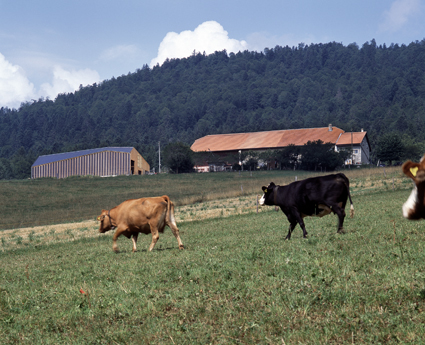 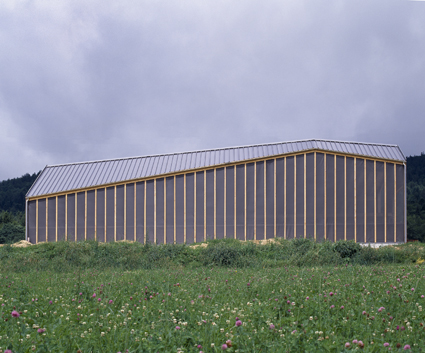 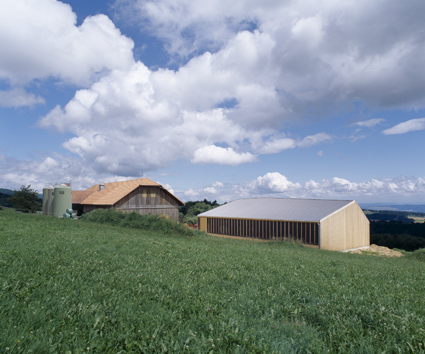 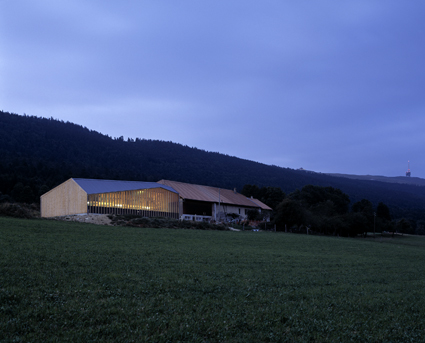 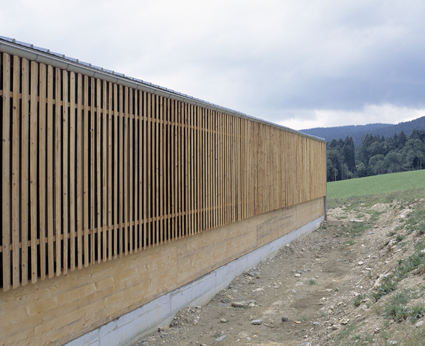 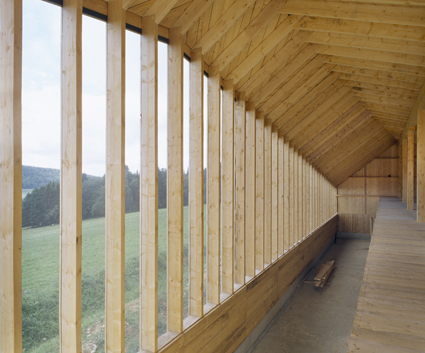 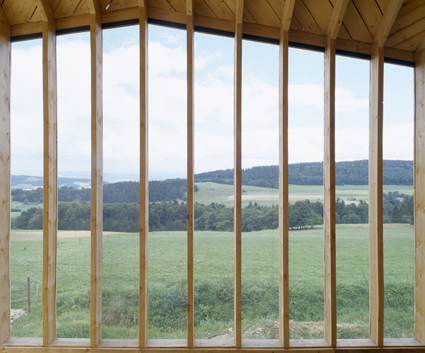