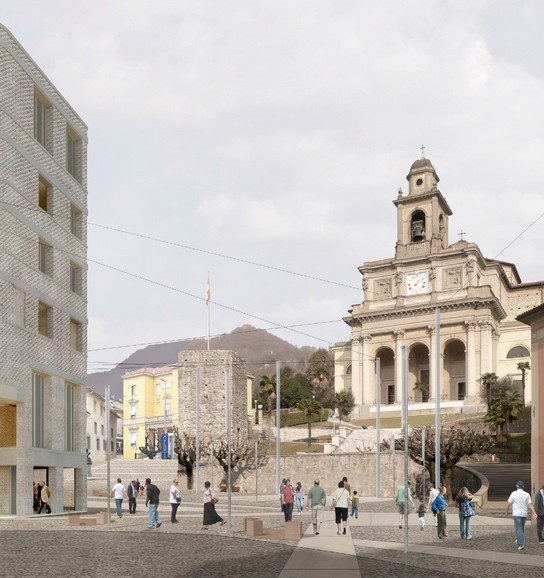 Underlying our approach to the urban strategy is the observation and engagement with the place as found. We have made visual and atmospheric surveys of the city seeking to enhance the existing character and quality of that which already exists.

Our proposal redefines the extend and civic importance of the Piazza del Ponte by establishing physical and material links to other public spaces and movement corridors around it. The piazza becomes a centrepiece within a network of public spaces in the city.

The proposal is in two parts: an overall vision for the immediate and wider area and a initial project for the new City Library and public space. The vision will be implemented in stages or work carried out over a number of years but which is initiated in the first 4 years by the new piazza, city library and public realm. The vision describes the establishement of a new park in Phase 2 of the implementation of the works. This new green space provides a unique public amenity at the centre of the city and in close proximity to Piazza del Ponte.

The renewal of Piazza del Ponte is intended to contribute to a contemporary definition of public space. We have concentrated on the physical condition of the piazza’s and Via Lavizzari’s surface to create a shared surface. The cut granite sets that form the surface comprise different street and surface texture creating a unitary  on the one hand, while providing a ‘functional promise’ to specific places within and through the square. The practical matters of easy routes for pedestrians and cyclists and places for localise gathering are addressed with smoother areas of sets. Pathways are formed with large precast concret slabs (with a finish of smooth granite pebbles).

The new City Library replaces an existing office building from the 1960’s. The new building which faces the Church of SS Cosma e Damiano, forming a backdrop to the piazza. Its public function is evident and the ground floor becomes a public room – a foyer to the library above and the multipurpose rooms below it.

The tower form of the building establishes a volumetric balance with the church (and creates a visual beacon to the piazza from outlying areas). The tower is adjusted in shape to sit sympathetically in its site – presenting a gable frontage to the piazza in the same way as surrounding buildings present themselves. The rounded corner and the patterned brickwork make visual and material associations with local building forms and material fabric. The tower stands like an eroded outcrop of rock, solid and elementary.

The library is arranged within a compact and vertically organised set of spaces. Principal rooms are located  on each floor with ancillary spaces, alcoves and recesses positioned around them, facing outwards from the centre. In a similar manner to the Scottish tower-house of Middle Ages, the concept of the building is of a spatial structure with an implied outer thickness protecting the internal space. Openings with splayed reveals and alcoves create a variety of spaces and lighting conditions which animate the interior and provide an appropiately monolithic expression to the outside. At ground level a colonnade is stablished, reflecting and adding to the use of colonnades in close proximity to civic character of the city.

We are reducing the dominance of the car in Piazze del Ponte and the consequent collision of movement between cars, pedestrians and cyclics in the space by removing permanent through routes and parking from it. A new speed limit between roundabouts on Via Lavizzari from 50km per hour to 30km per hour will also be introduced restoring the balance of priority between users. Shortterm parking is redistributed along Via Lavizzari (equally balanced east and west of the piazza) and longer term parking is located in new undergroud car parks linked with each phase of the works. 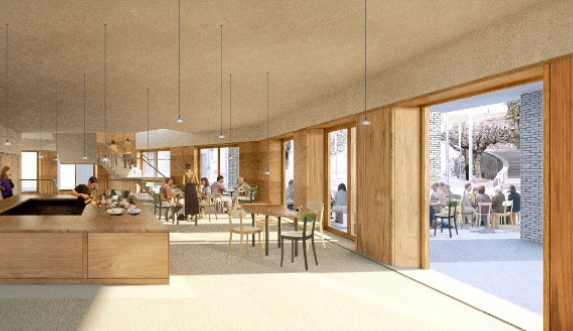 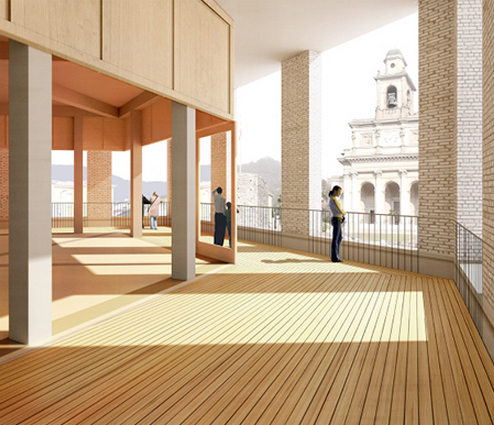 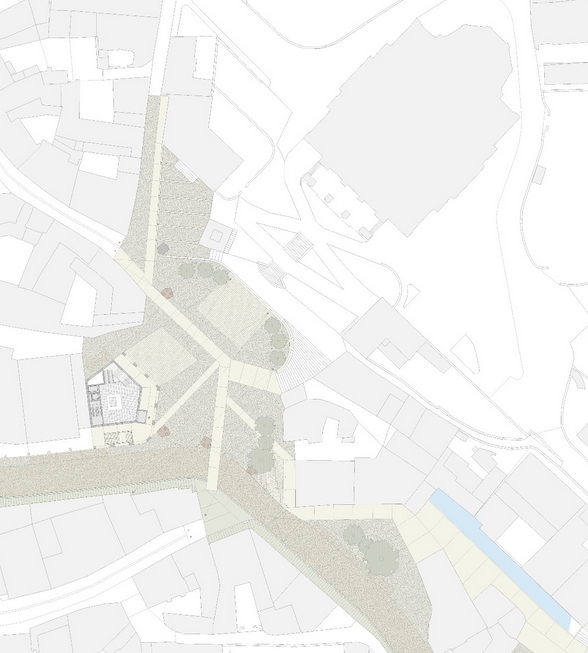 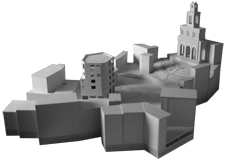