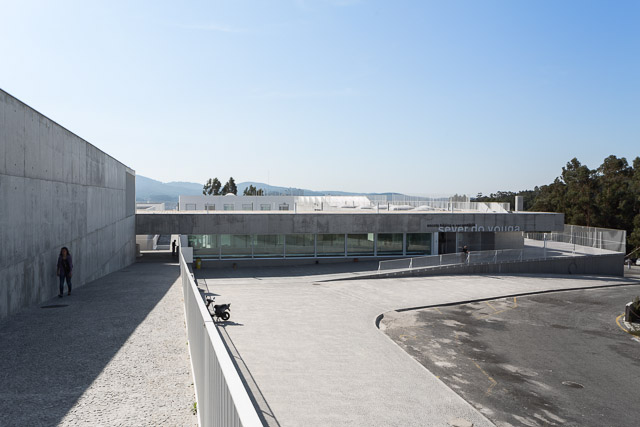 The school of Sever do Vouga is part of national program for the rehabilitation of the secondary schools. This program consisted on the rehabilitate of 300 schools, reusing existing facilities and adding new areas and programmatic space. The spaces of common use were areas where there was more investment in these schools: Library, Students Room, Study Rooms, Canteen, Auditorium and Sports Venues.

The Primary and Secondary Sever do Vouga is located in the Serra Arestal and is part of the MacIço Gralheira, a mountainous region where its two main activities are agriculture and metallurgical industry. This school, with capacity for 1,500 pupils, aged between 10 and 17 years, serves all students of the council. They travel from all the villages of the Council to the school by bus. For these students the school is the place where they spend much of their day, functioning as a second «home».

The School is set on a line of ridge, north / south, with a gap of 26m, amidst mountains, in an area with low urban density and a strong natural surroundings. The project reconstructs the relationship between the school and the Territory, sublimating the natural condition of the landscape area. We propose a fusion between nature and architecture.

The main challenge of the new School is finding the balance between the formal classroom for teaching and outdoor spaces for freedom. The project begins by taking as base four blocks of classes with two floors, built in 1984 and a sports pavilion. The proposal is to organize the school around these blocks, increasing the density and optimizing the supply of teaching spaces.

This strategy is complemented by a set of patios and platforms for playgrounds with various dimensions exposed to the Natural and to the Valley. They have become the most important spaces in the school– as meeting and sharing spaces. From four existing blocks introduced a new structure in shape of a «L», deployed according to a Cartesian system.

The Basic School is at the highest level in a «U» shape, facing south, with classrooms open into a large central courtyard. The southern restructured Sports Complex, reusing the existing pavilion and adding a new tower which includes the new gyms and sports fields.

These two routes begin and end together. This routes are complemented by a path made by metallic bridges, which connect the existing blocks to the news. The «floating» paths are over the territory stretching the platform off the entry and linking the different blocks of the school. 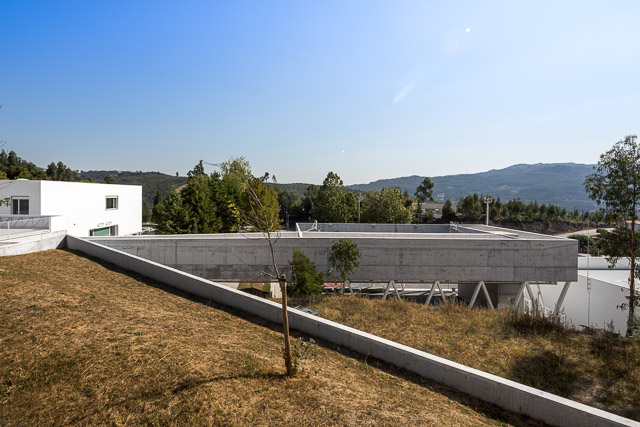 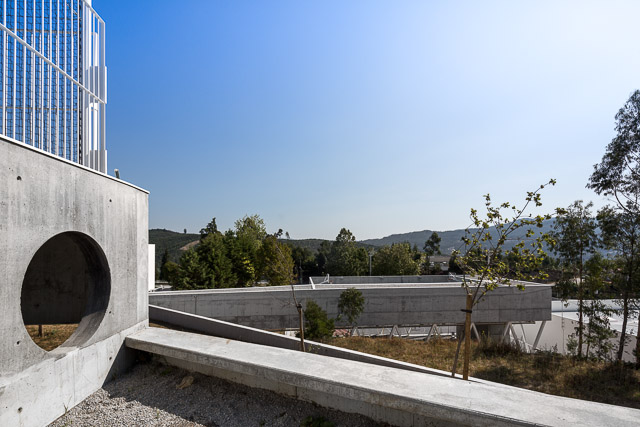 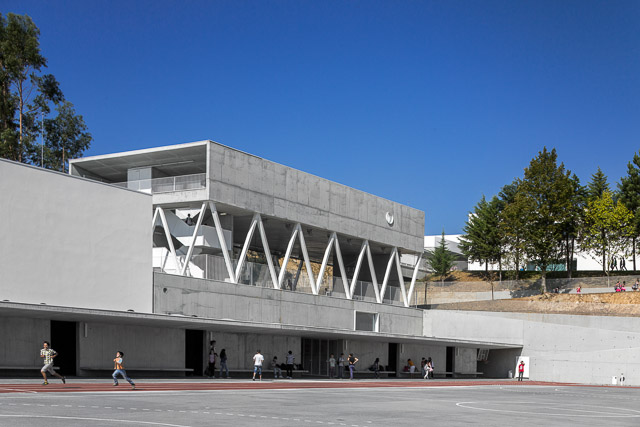 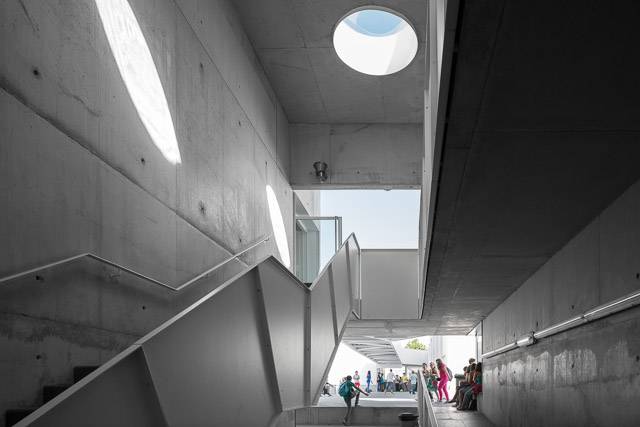 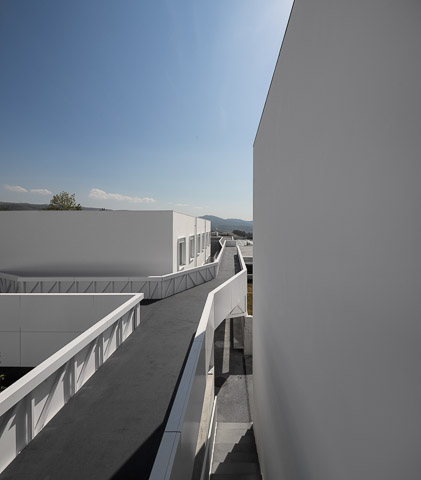 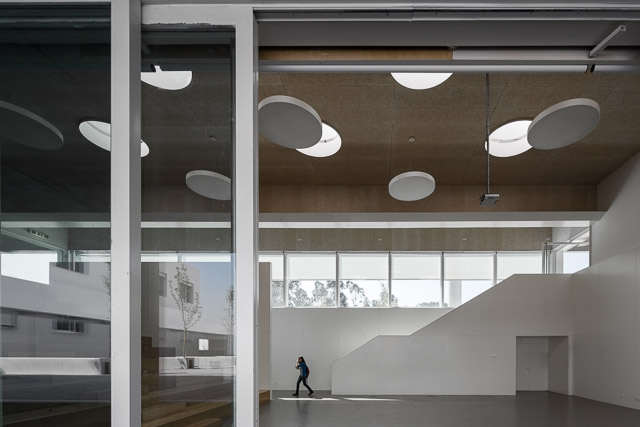 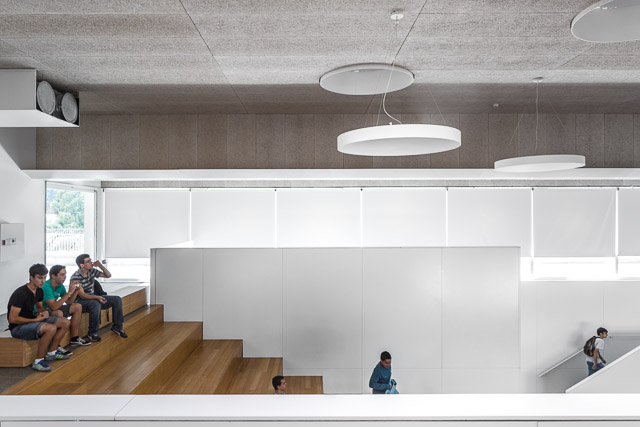 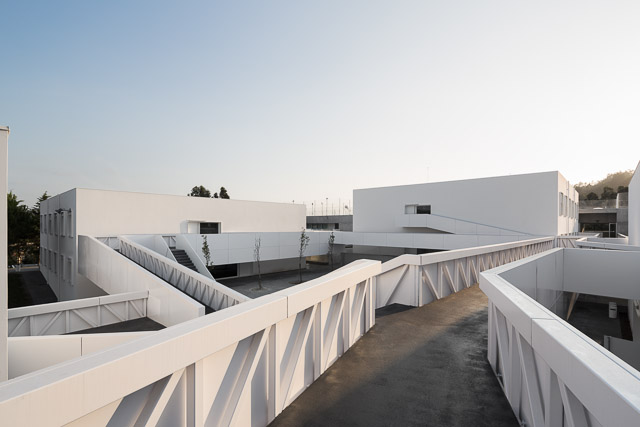 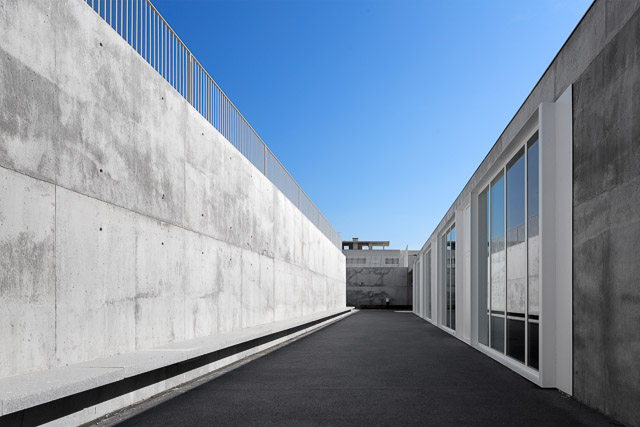 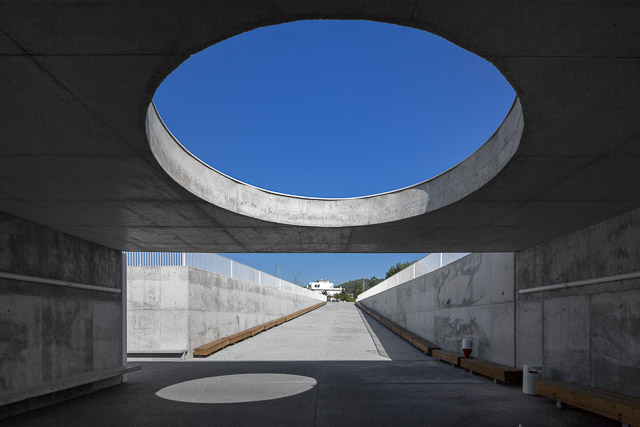 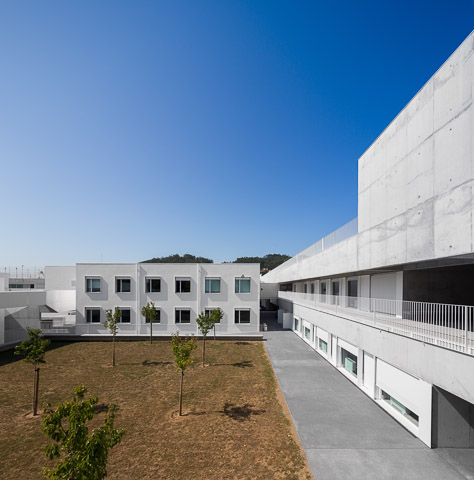 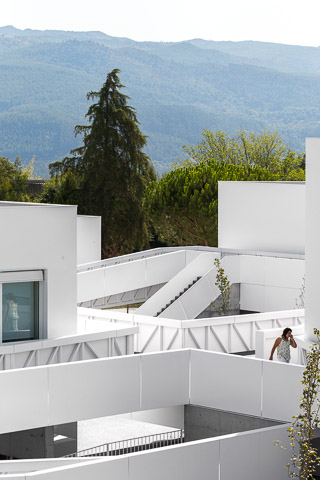 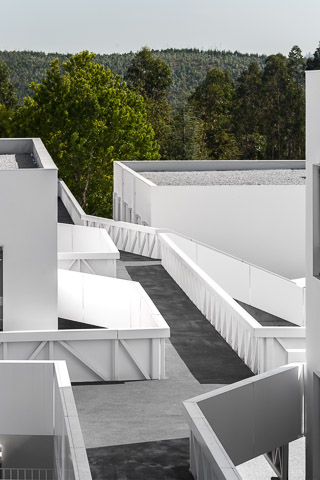 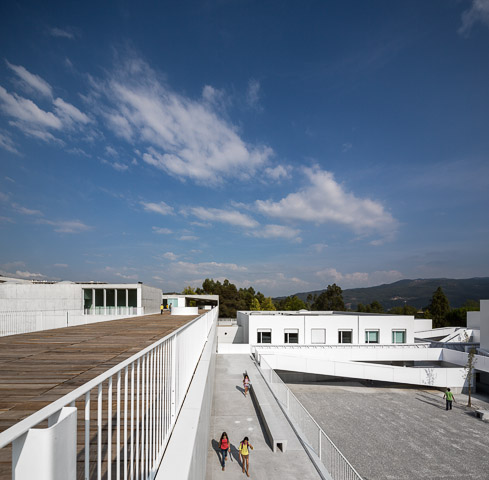 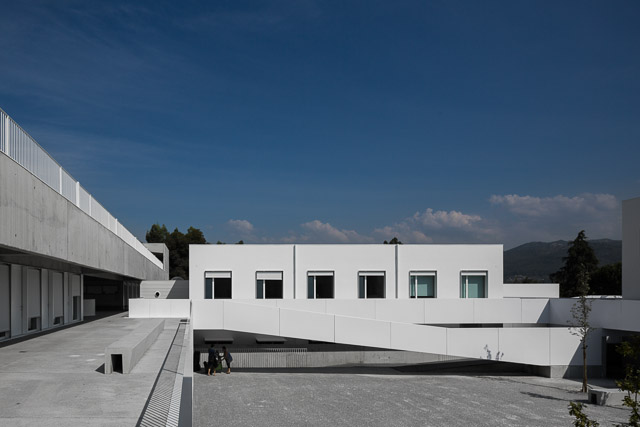 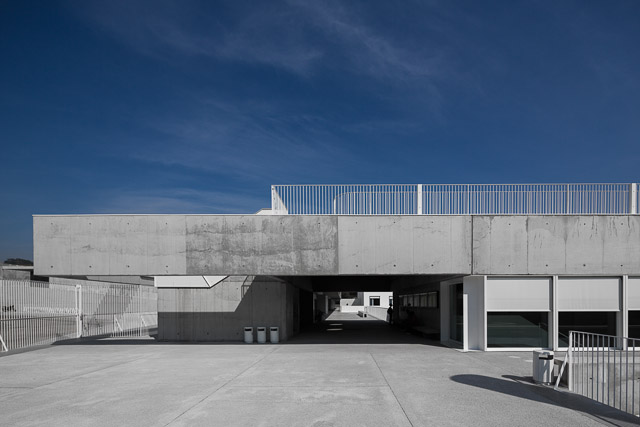 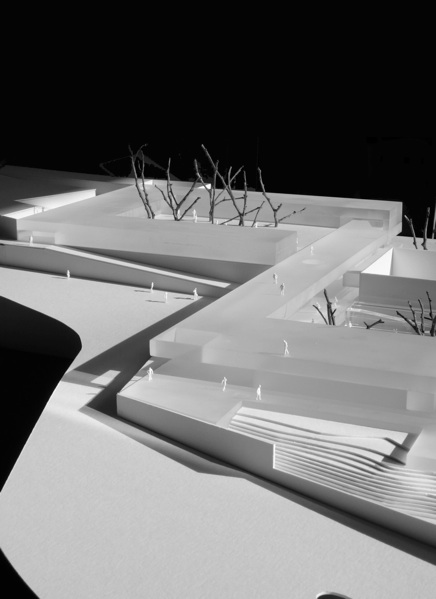 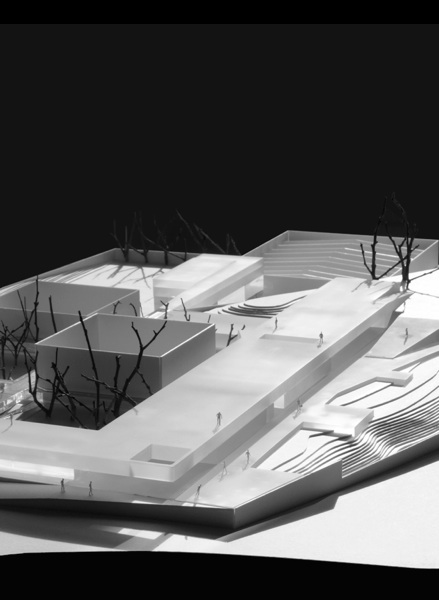