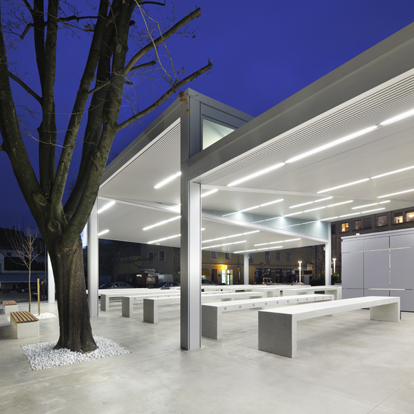 The town market is situated in the heart of the city. Ever since it was formed, in the middle of the previous century, the market has represented the centre of urban activity in the city. In contrast to the old market, the new development is designed as an extrovert urban area, a kind of covered city square which is inextricably linked to the surrounding urban space. The new market building is designed like a giant steel roof, which covers both closed as well as open stalls intended for costermongers. The roof is divided into several smaller roof surfaces, which have split levels so as to create transitive areas, penetrated by sunlight, which lights up the marketplace during the day.

The pointed interspaces, which allow the market to enjoy natural lighting, also have a structural purpose, as they constitute the carrying supports which allow bridging of the entire width of the building without any intermediary supports. The monochrome colour design featured in the new market creates a neutral spatial background, which accentuates the colour diversity of the fruit, vegetables and other products available at the stalls. In the described manner, the final image of the architect’s work is not solely down to the work of the architect, whereas the appearance of the market is only complete when it is crowded with visitors. 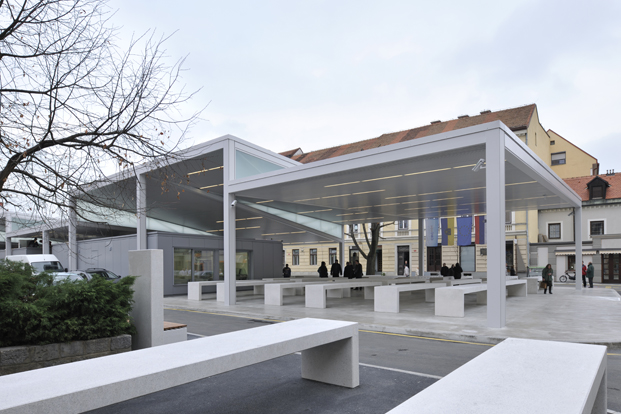 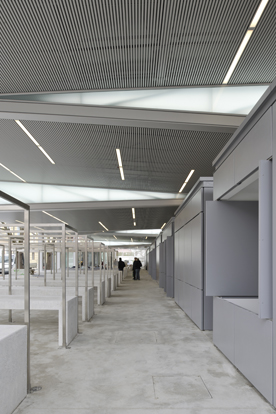 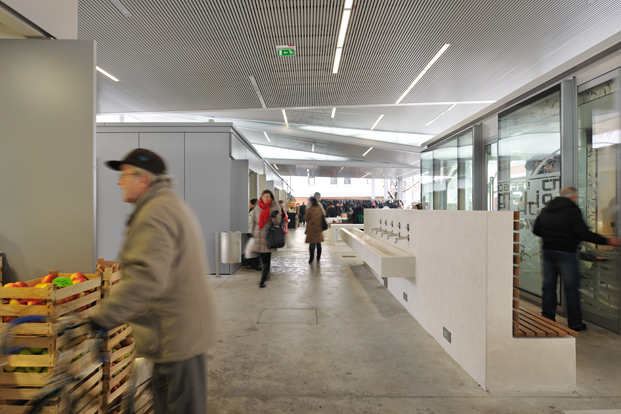 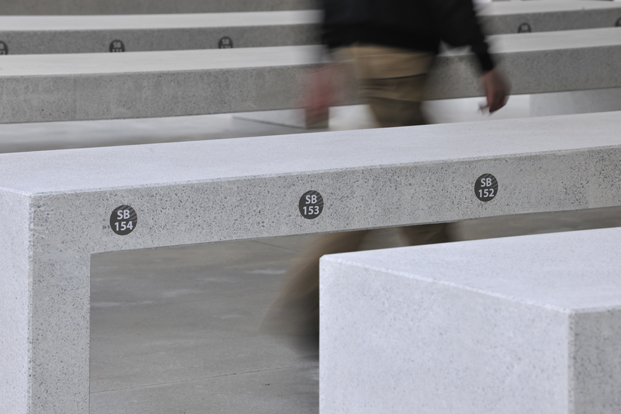 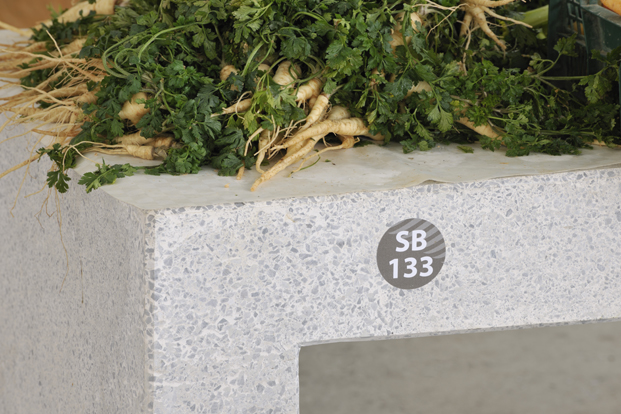 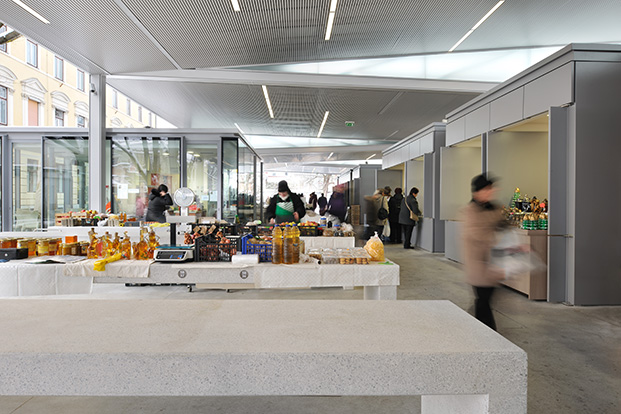 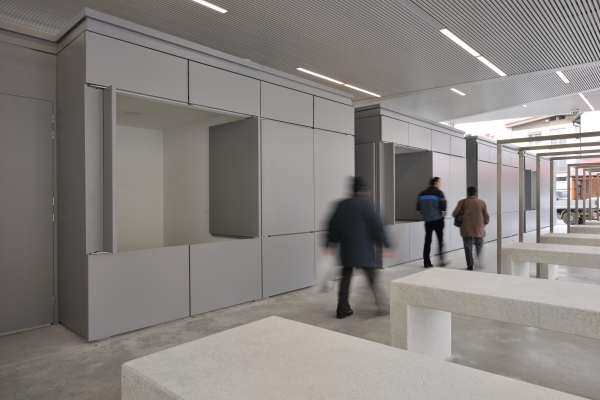 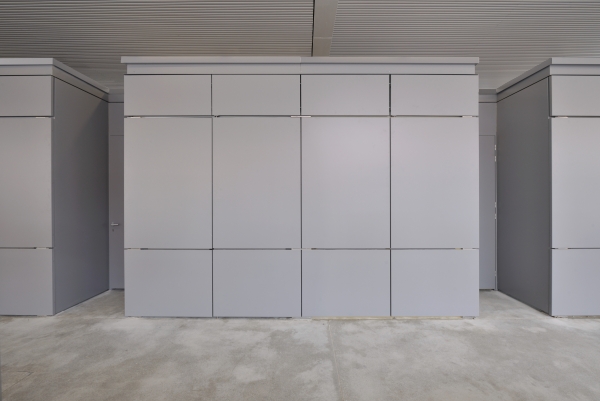 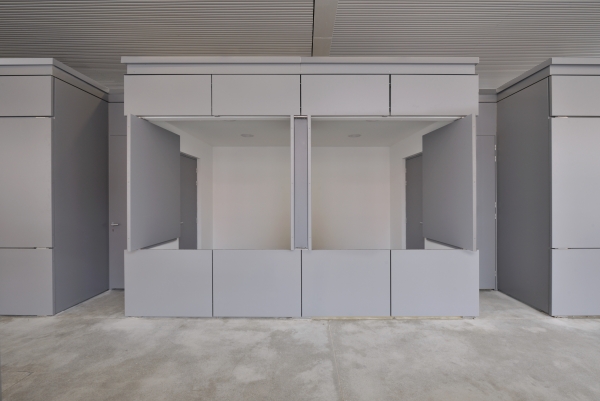 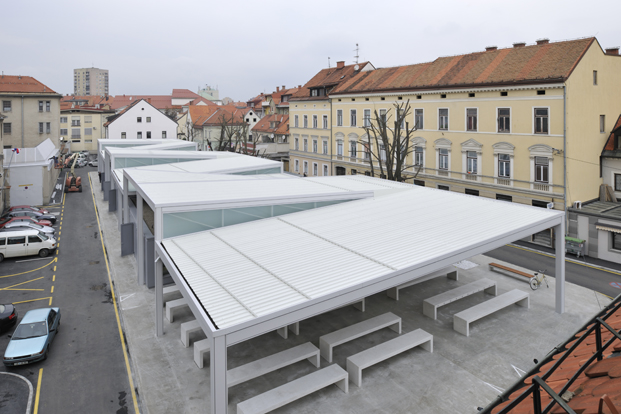 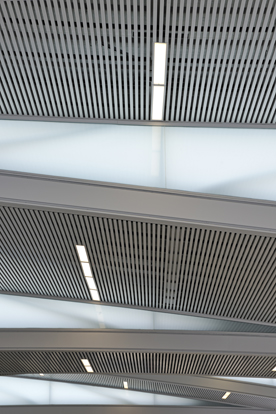 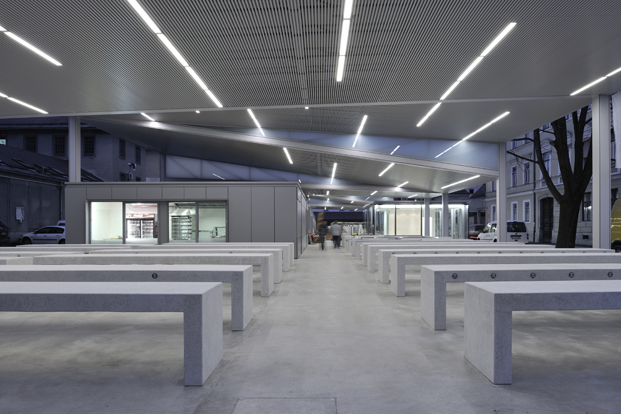 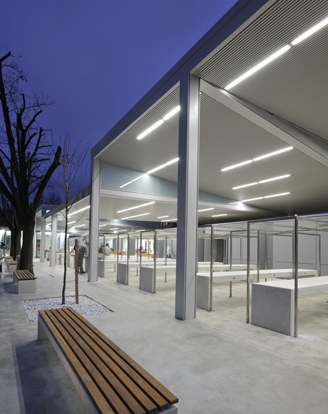 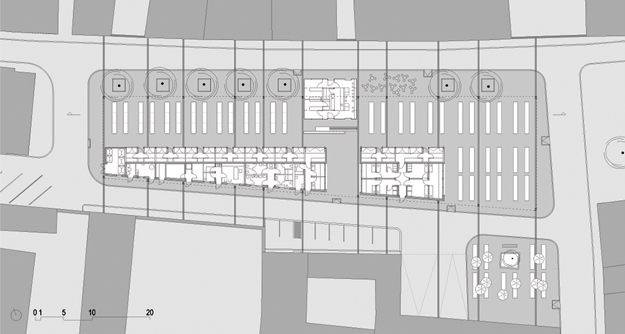 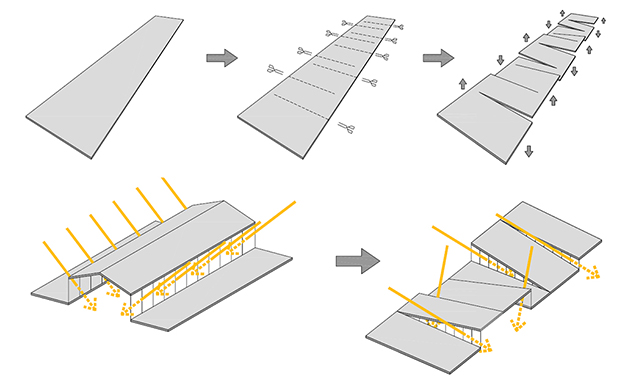