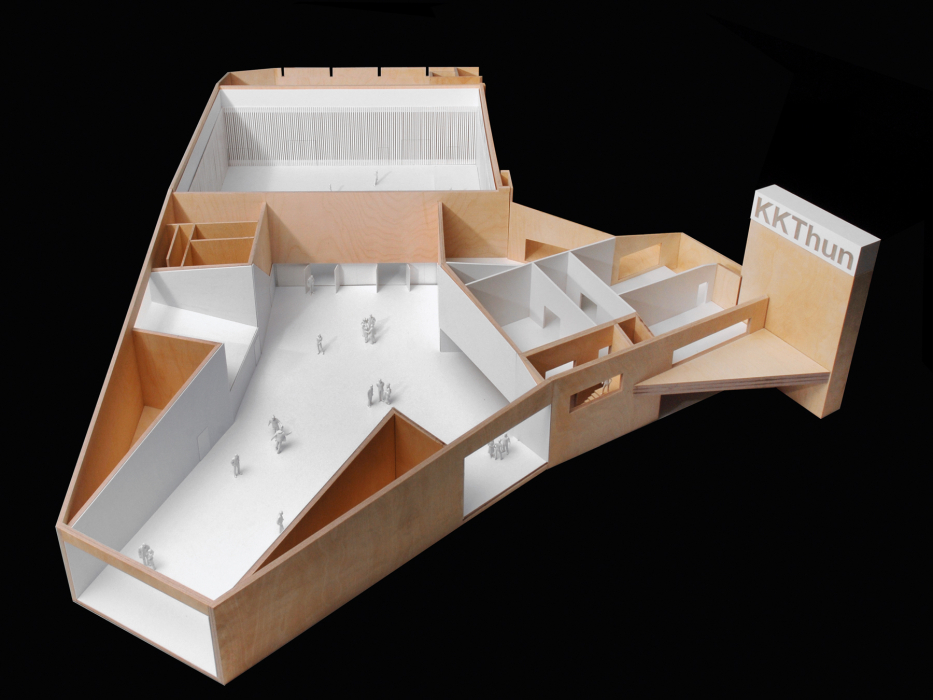 Upgrading the town meeting hall in Thun into a culture and congress centre posed two major challenges. These were the restrictive general framework of the project and the question of how to deal architecturally with the existing building from the 1980s. The spatial situation at this location – a residential district with heterogeneous building typologies of varied graining interspersed with large-scale public uses – is confined and the restricted financial resources additionally limited the designers’ room for manoeuvre. However the intention was that the extension should condense the complex in both spatial and programmatic terms and strengthen its public character. As the strategic use of resources was essential, we reduced the interventions in the existing fabric to a minimum, leaving the meeting hall with its fixed seating practically ‘untouched’. Alongside it a new, functionally neutral hall was placed. The new foyer and the existing one combine to form a richly modulated spatial figure. Carefully positioned openings establish a relationship between it and the heterogeneous surroundings. 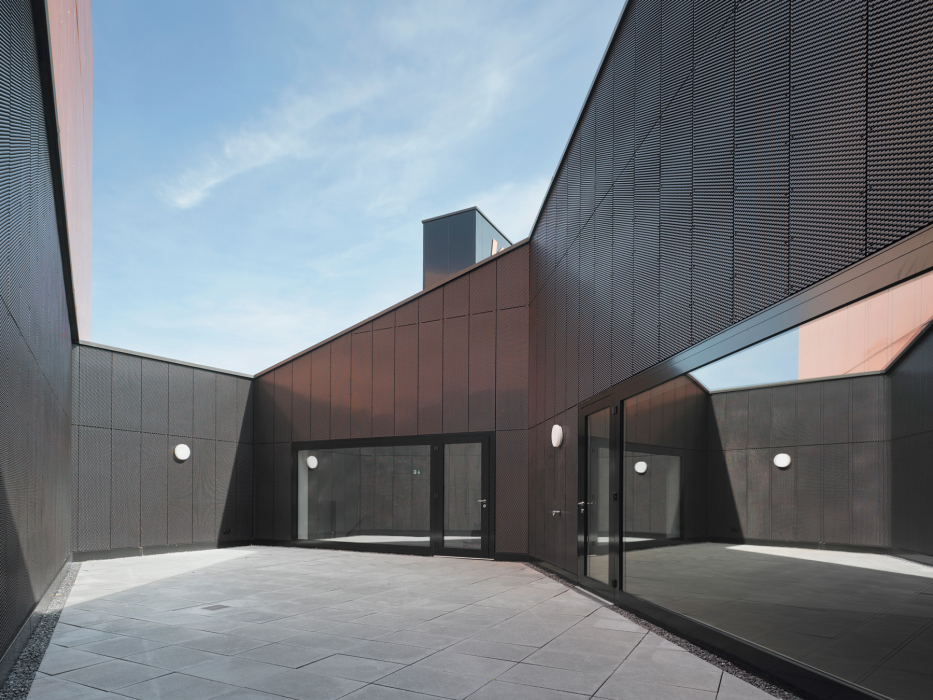 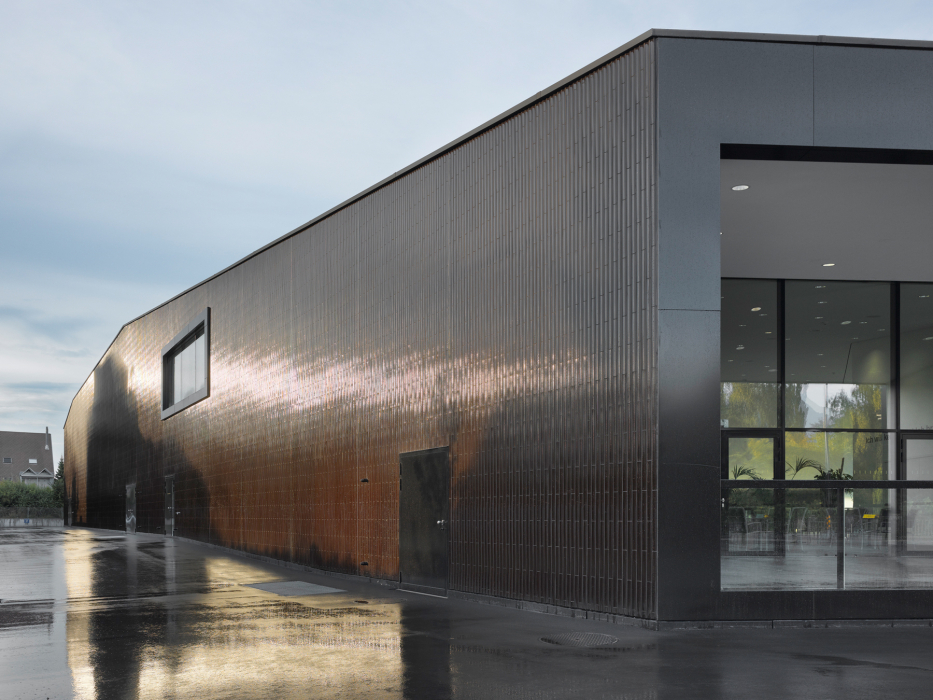 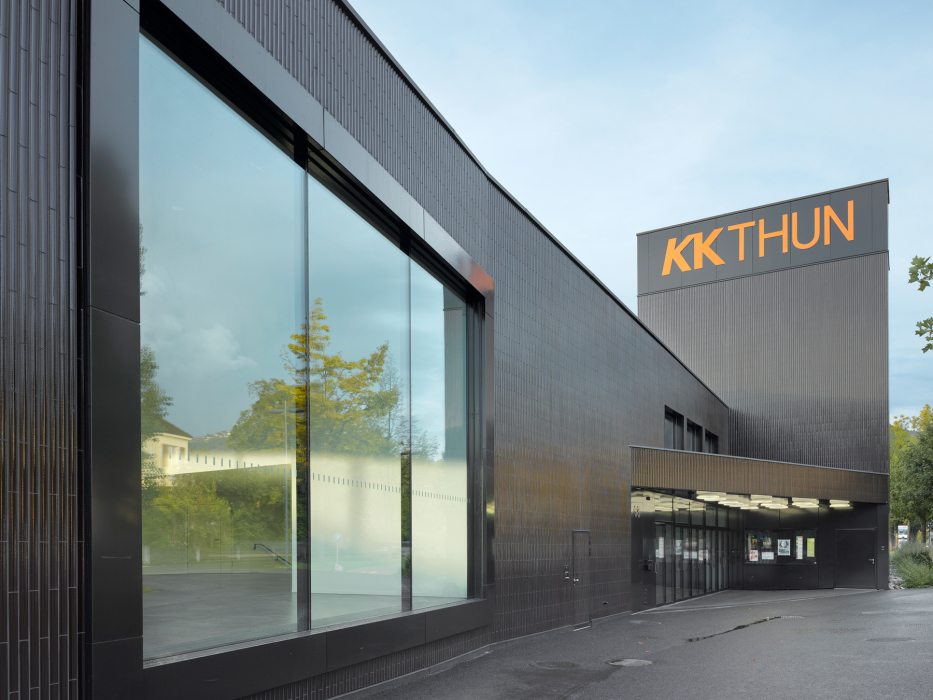 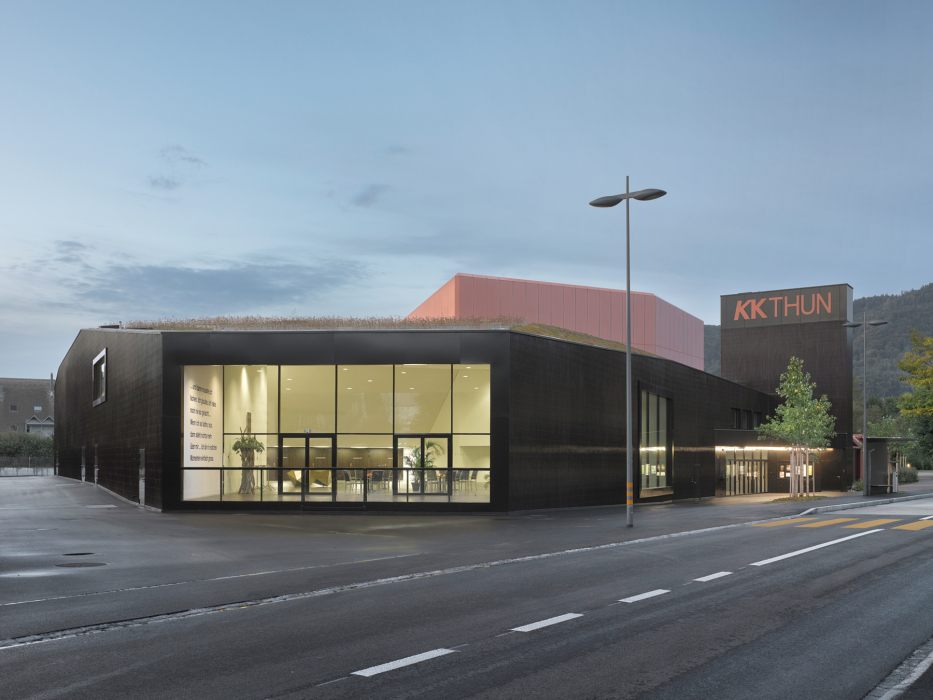 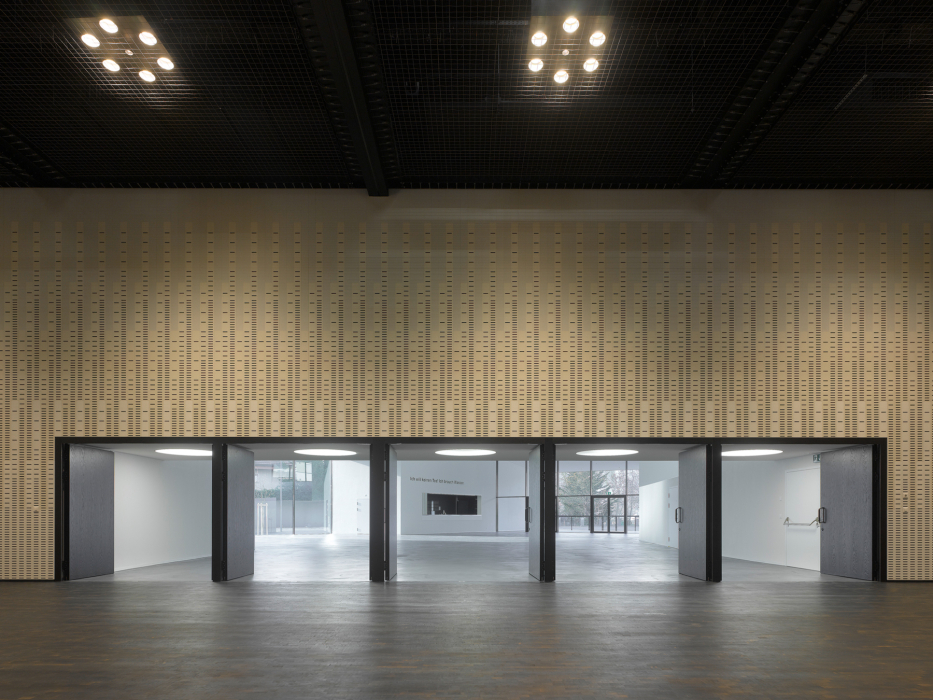 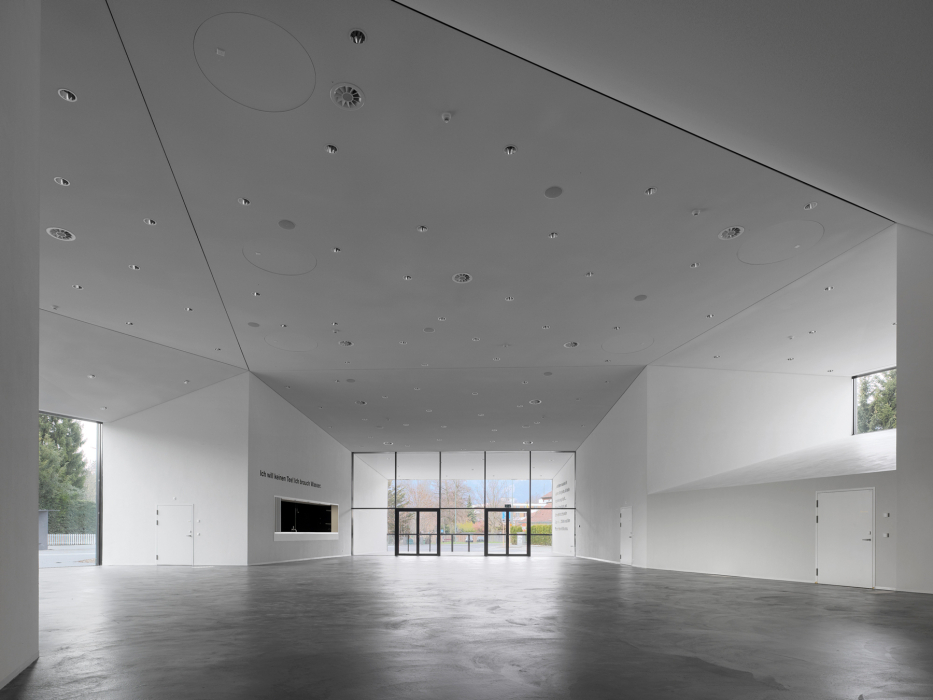 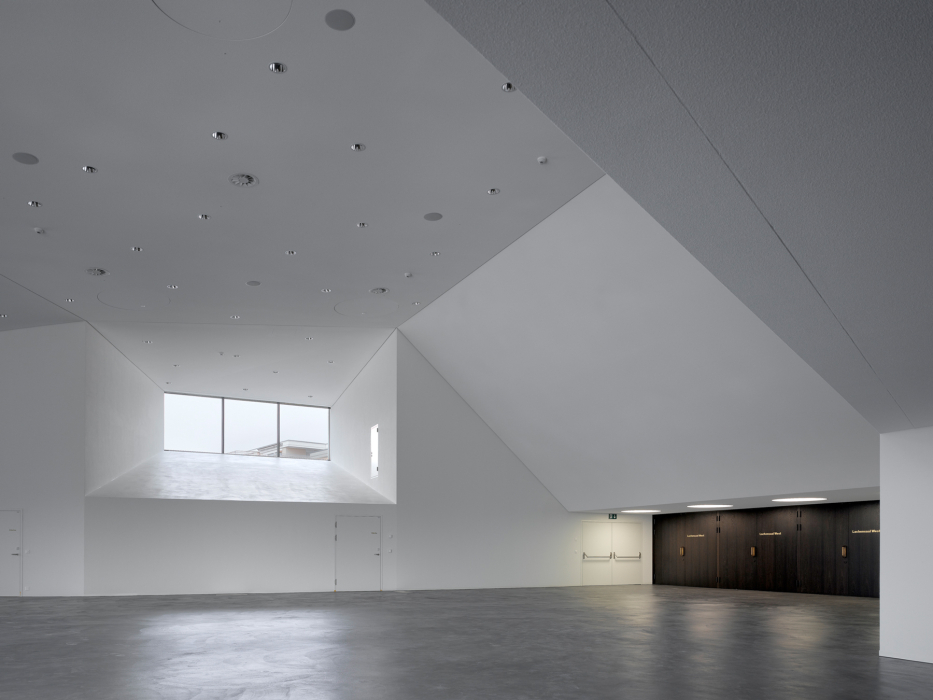 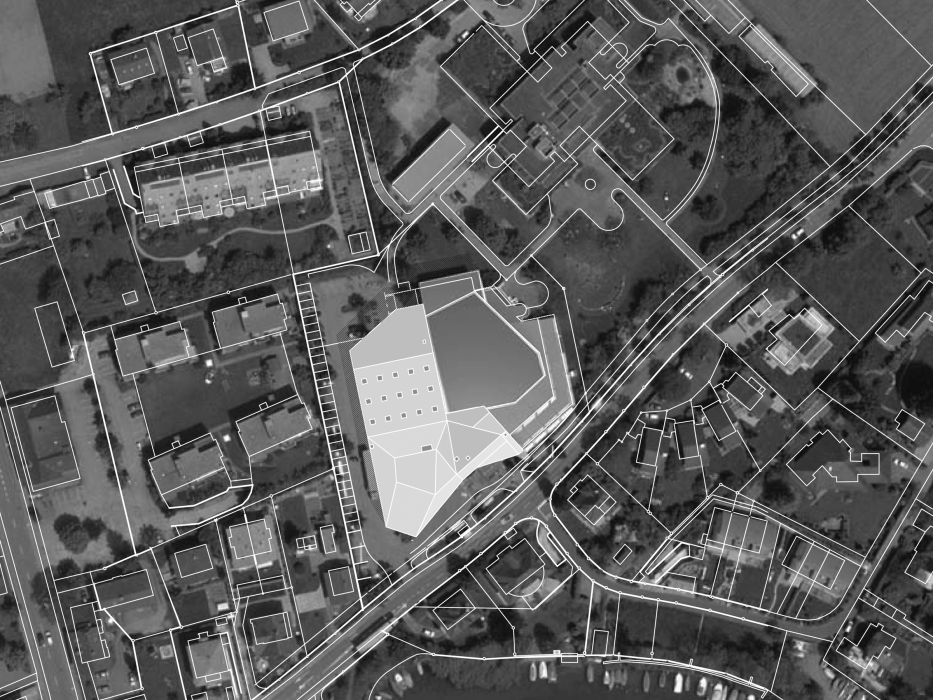 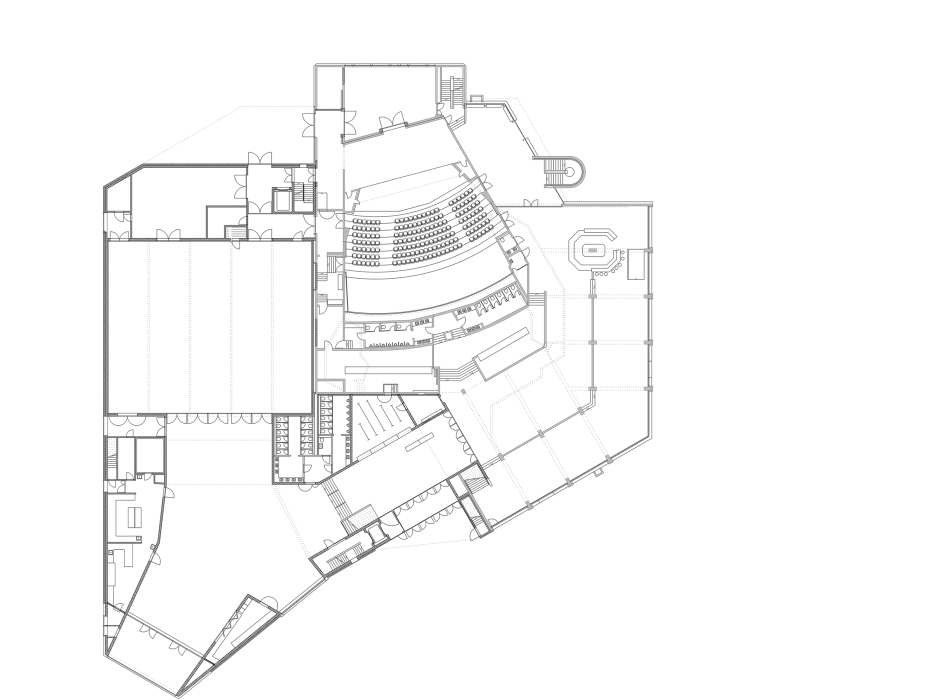 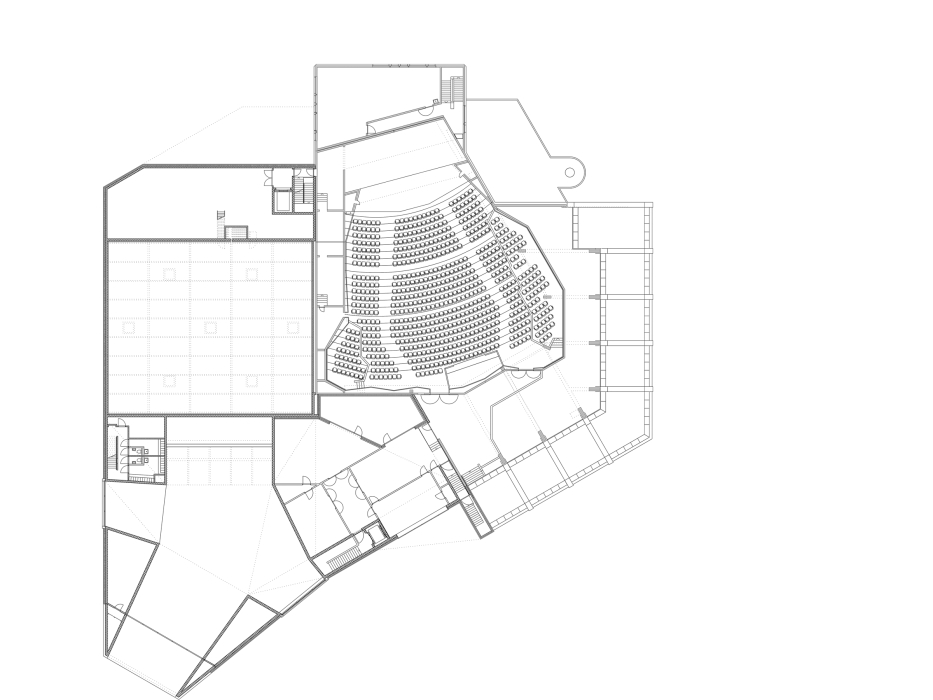 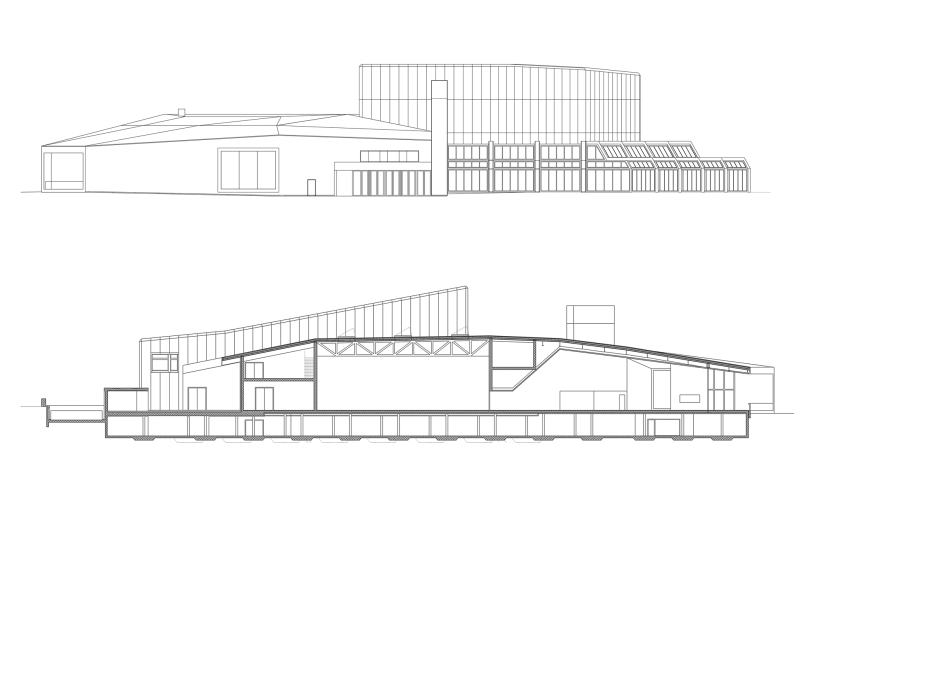