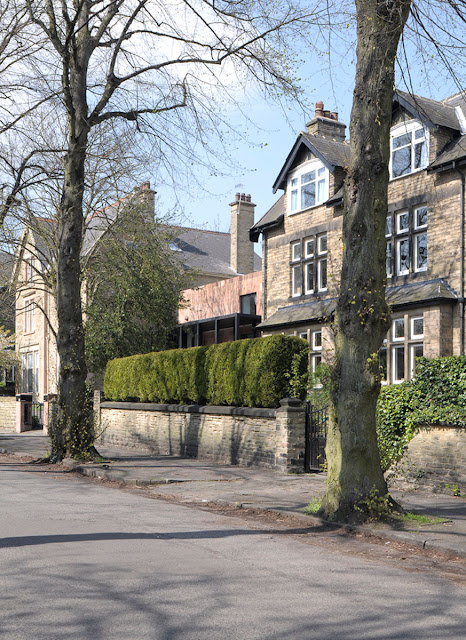 The Workshop is situated in the largely residential, inner city conservation area of Sheffield’s Nether Edge. The building, for graphic design company The Workshop, transforms and extends an incongruous 1960’s addition to one of the generous Victorian villas that inhabit the area’s tree lined streets.

As found, the existing flat roofed extension brutally abutted the original house. The project establishes a more cordial relationship between the two existing buildings, through a new public face that unifies the disparate components and rescales their relationships. The extension is stripped back to its structure and reclad. To the rear, a new single storey studio space maximises the potential of the site within a sensitive context. The resulting ensemble forms an intimate courtyard behind the villa Material qualities are important in establishing the relationships between the two existing buildings. The stone built villa has unusual lintels, cills and quoins of delicate pink ashlar sandstone.

The character of the stripped back extension transforms through a new face of stone, carefully matched to these existing features. In front of the stone façade a delicate freestanding ‘table’ of bronze anodised aluminium announces a new entrance for both buildings and brings the perceived scale of the extension into dialogue with the ground floor windows of the villa. Economy was a key priority, however and beyond the street façade, the qualities of the building are expressed primarily through the manipulation of space, mass, solid and void rather than by material and detail. Internally the existing, two storey extension is opened up to create a continuity of simple white painted space. This seamlessly interfaces with the deeper plan studio beyond and forms a calm background to the working environment. Situated at the junction of the two is a generous kitchen, which opens onto the courtyard and creates a social, almost domestic focus for the 50 strong company. 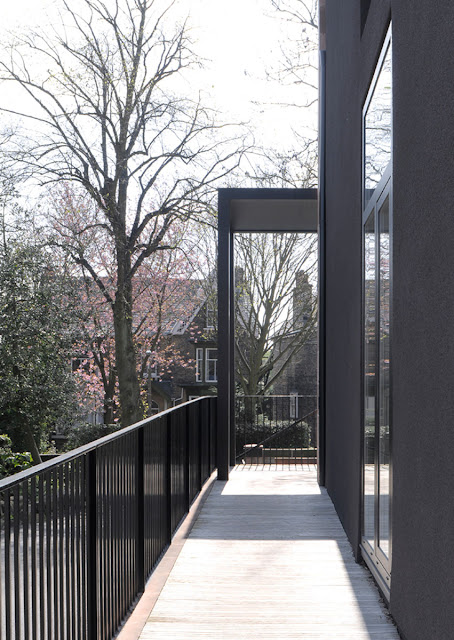 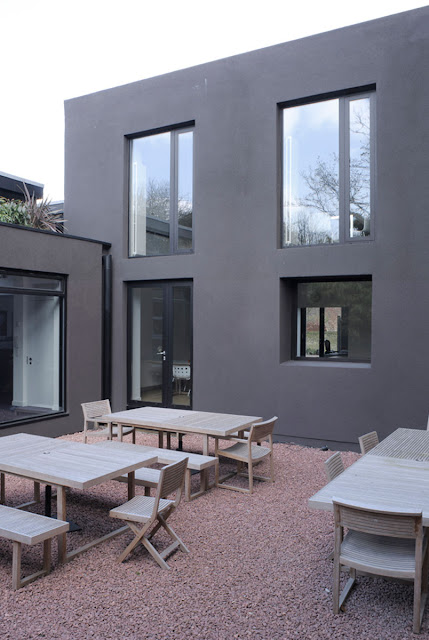 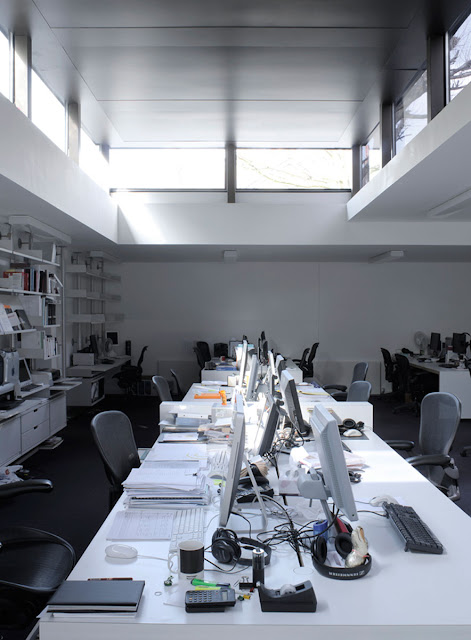 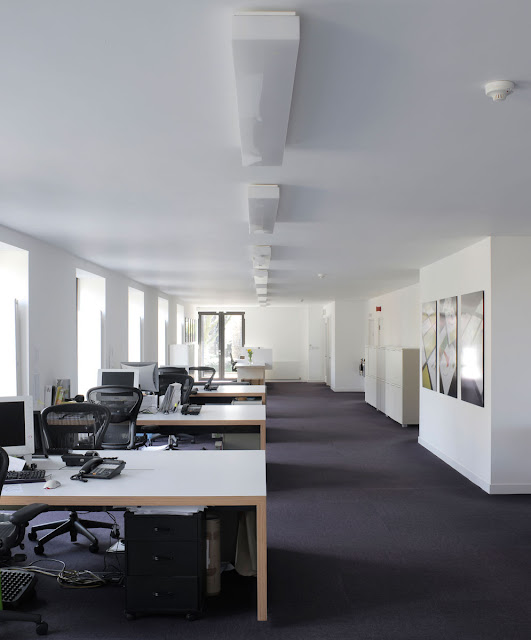 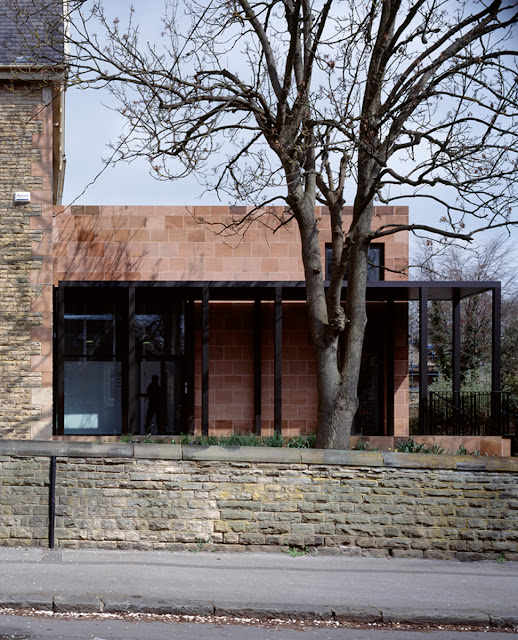 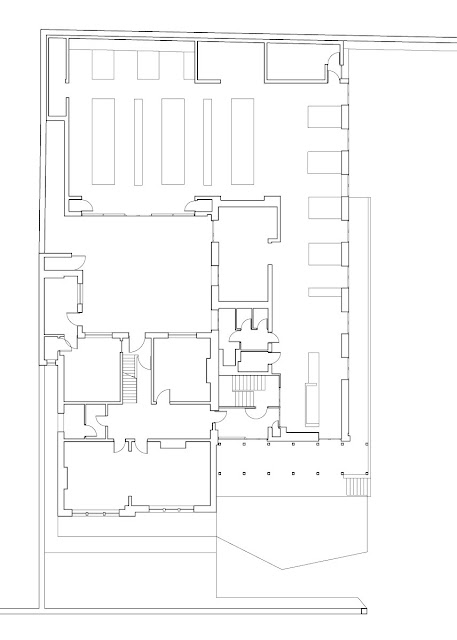 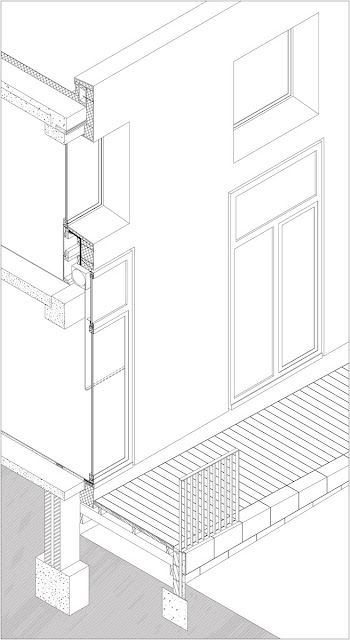 Proyect:
The Workshop Studio and Offices