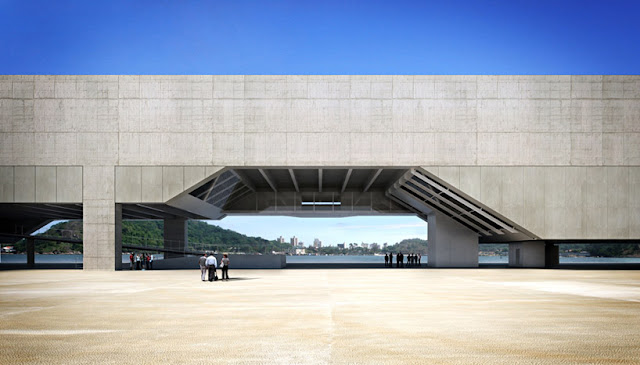 Composed by a Museum and a Theater equipped to host large scale art events, the architectural set designed for Cais das Artes (Quay of Arts), in Vitória, has as a main characteristic valuing the landscape and the historical surroundings of the city. Located on the Suá Bay, in a large plain field leveled with earth, in front of the canal that configures the island of Vitória, the project is a compliment to this territory, built on the astounding confrontation between nature and construction, in a city that is everyday excited due to the presence of the port and to the constant and energetic work done in the docks.

Such valuing means the decision of configuring the plain field as an open square for the entire city to enjoy: a public space next to the ocean. Furthermore, this implies on a decision to suspend the buildings as to allow the complete view from the square to the surroundings.

That is, not only to the dynamic spectacle that is the work being done in the sea, connected to the port, but also to the natural and architectural patrimony of the city, specially the mountains in Vila Velha and the Penha Convent, located across the canal, in front of the project site. Therefore, this is an urban-oriented architectural action, in the sense of adjusting history and geography to a desired view of the present, indicating at the same time a museological conception, an effort to combine art and science, under an integrated perspective.

Counting with facilities such as cafés, bookstores and spaces that can host theatrical shows and open-air exhibitions, the new square shall be an attraction of the city’s cultural life. A place that, for its inherent spatial characteristics, allows the public to unveil the overwhelming landscape from a privileged standpoint.

This effect shall be amplified even more during the Museum visiting course, whereas the vertical circulation through ramps provides crystal clear platforms that create porches for the appreciation of the natural surroundings. Such platforms shall be built at sudden levels. On the other hand, the set shall constitute a new visual reference in the landscape of the Vitória Bay, which can be appreciated from several standpoints or older belvederes, such as the Convent, located on the top of the Penha Mountain, in Vila Velha. 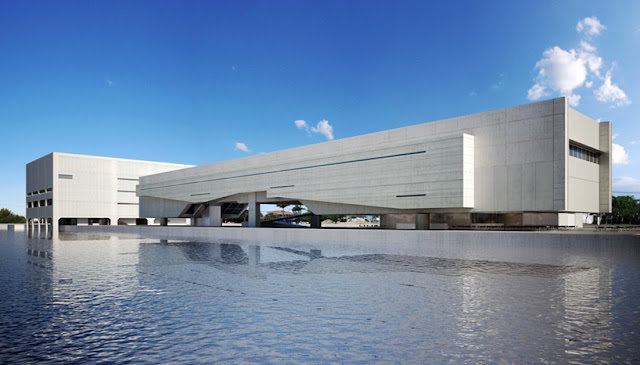 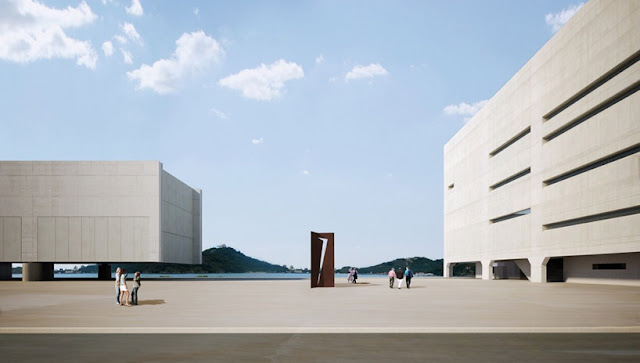 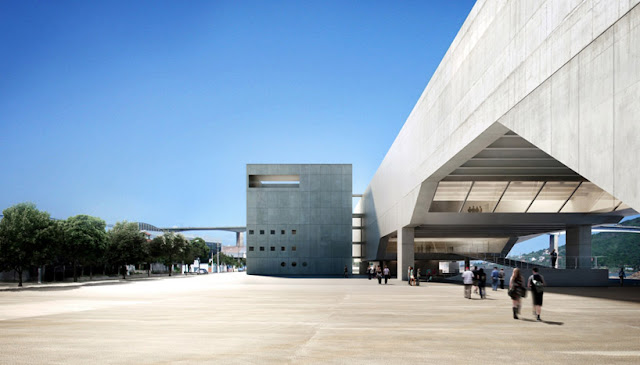 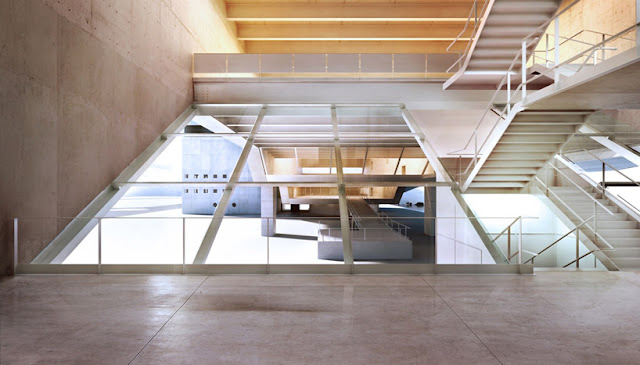 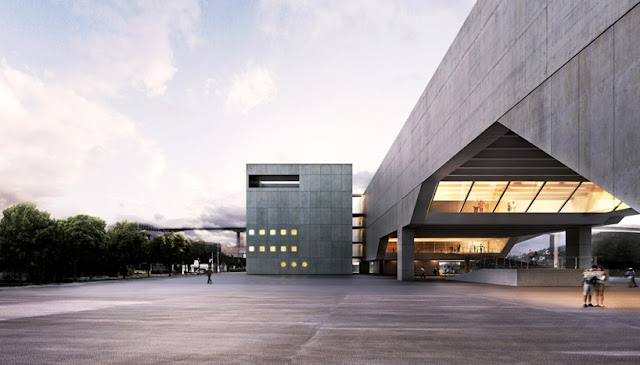 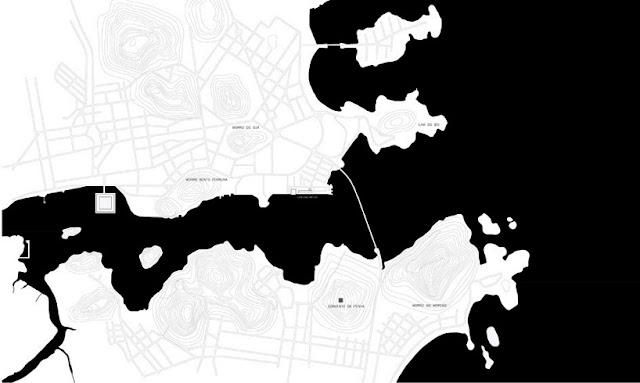 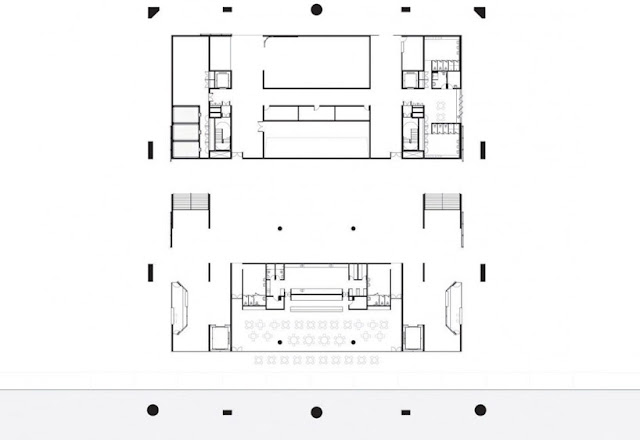 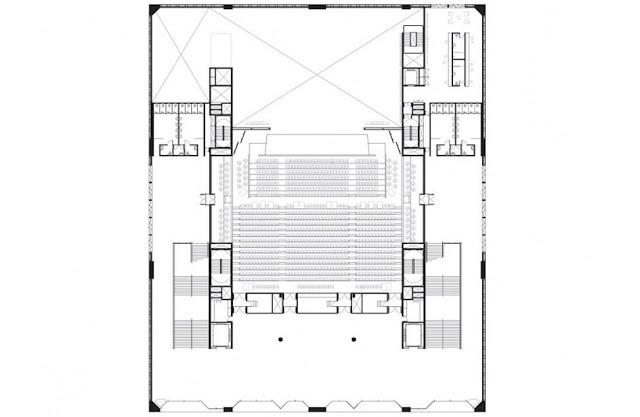