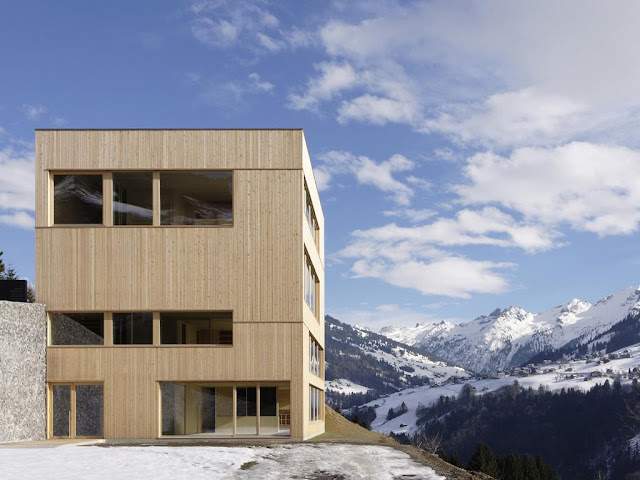 Concept and Architecture. The existing situation is characterised topographically by steeply dropping southern slopes. Regional relations appear from beautiful views in the landscape of the mountains. The place gets structural reference in direct neighbourhood by the old schoolhouse as well as in the other surroundings by one-family buildings slope-sided and the Propstei (a kind of monastery) valley-sided. The new building of the community center is positioned as a 4-storey building laterally shifted to the schoolhouse. The building uses both existing even surfaces [the village-square to street level as well as the playground level] and places itself as a connecting element in between. Schoolhouse and new building develop a spatial gate situation. The functions of the new community center are stacked vertically and contain the areas of Kindergarden, children’s game group, village shop, multipurpose room and municipality. The position of the areas of utilization develops itself from the frequency of the users as well as from the topographic allocation of the outside spaces. Aimed set openings develop differentiated spatial situations with different views. The appearance of the first 4-storey timber building of Vorarlberg is determined by the change between uniform facade screen and aimed set openings and shows subtly the dynamism of the inside organization.


Energy. Ecology. Sustainability. The compact volume is designed as a passive house (heating energy consumption 10,7 kWh/m²a) and in energy-technical respect nearly self-sufficient. The energy supply results from an intelligent combination system of geothermal energy, rejected heat from technical equipment and passive energy winnings. The building is provided with controlled ventilation including heat recovery. To reach autarky in terms of energy a small power station fed by drinking water which uses the large decline of 800m for drinking water supply as well as for the generation of electricity. All parts of the building were proofed ecologically on 3 potentials: content of primary energy, global warming potential (reduce of CO2), acidification. All thermal insulation is made by sheep wool and wood fibre insulation. All construction units of the house (construction, façade, windows, floors, walls, ceilings and furniture) are from massive wood (silver fir) and derive mainly from forests own to municipality. They are inserted completely untreated. The whole added value could be generated locally and in the region.
The region is affected by mountain farming structures and fights against tendencies of out-migration. Different sustainable initiatives (eg: the nomination of the region as a biosphere park) try to enhance the awareness and identity of the population. It is a proclaimed aim of the region to reach autarky in terms of energy not later than in 10 years. The village did not have a village center identically and in terms of content. Now the new village center and village square are reflecting a meeting point and social focus, the building is considered as a paradigm on the subjects of ecology, sustainability and native creation of value. 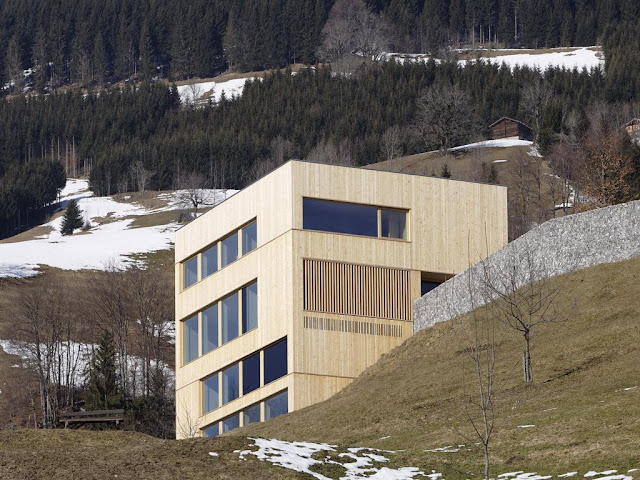 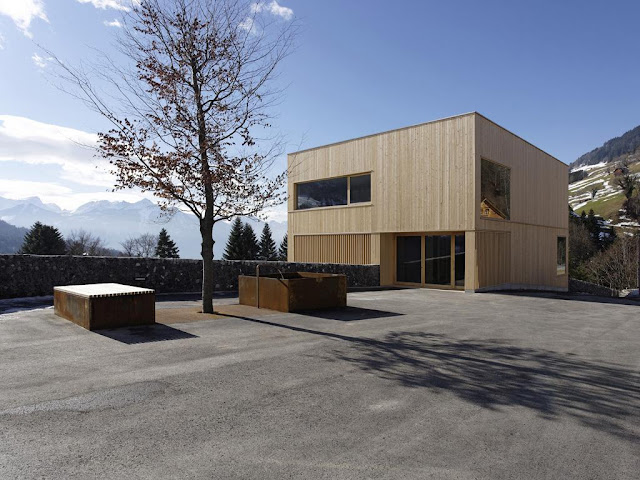 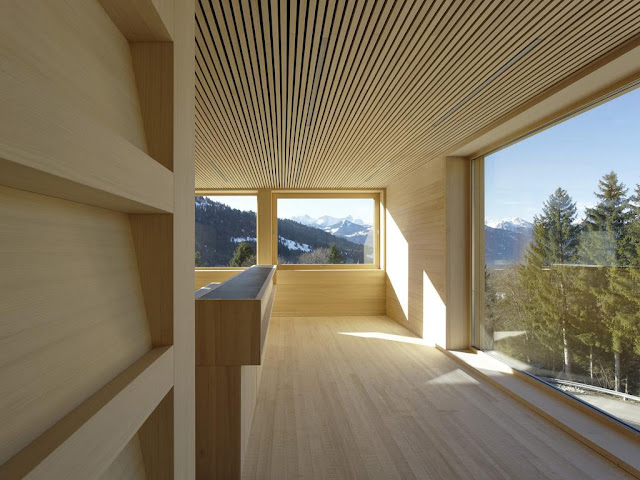 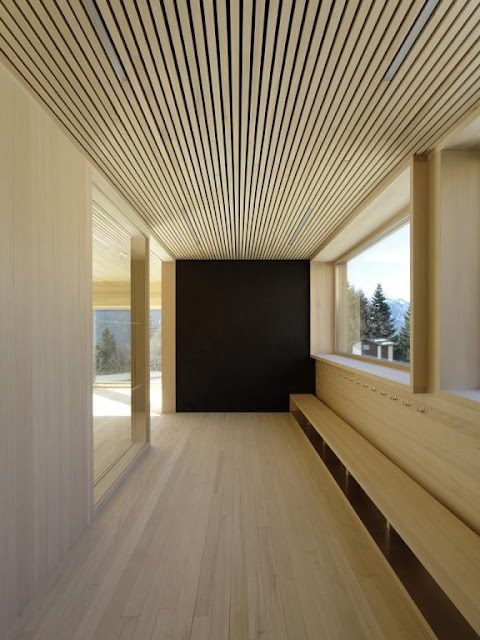 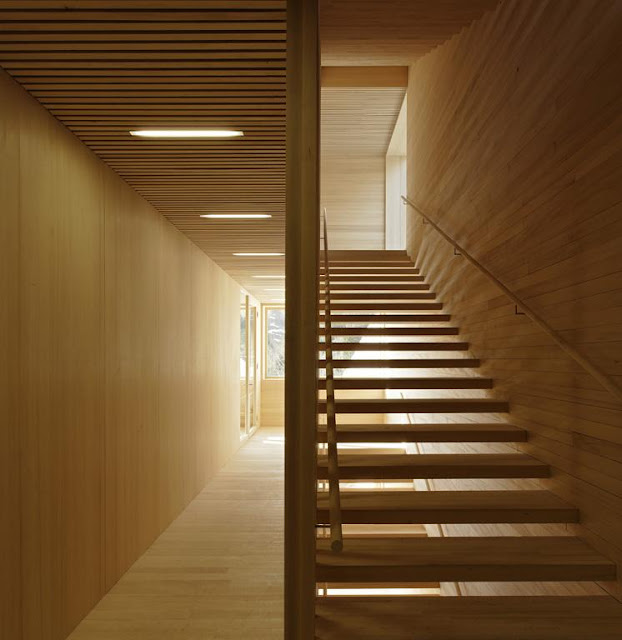 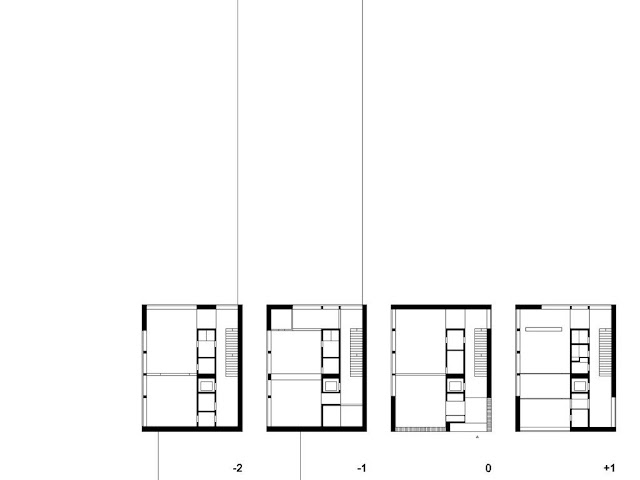