When it comes to the makeover of a villa in neo-hacienda style, the classic concept never becomes modern unless very drastic interventions are made. Something that was not an option for the architects in this renovation of a house with a veterinary practice, given the emotional value that the clients clearly still attached to the home where he grew up in. At the same time, it was also their explicit wish for the end result to be a completely different concept to that of their existing home. The architects studied the existing stylistic features with curiosity and combined them with new interventions. This resulted in a surprising coherence that manages to connect three generations of residents.

Exciting original style elements
The clients’ request was to thoroughly renovate the parental home with a veterinary practice so that their children but also the grandparents who were the previous residents would also feel at home. The style choices of yesteryear, with many typical neo-style elements incorporated, sparked the creativity of the designers to embrace and enhance the hacienda experience of the home. In their design, the original layout can still be read, allowing grandparents, children and grandchildren alike to find themselves in the new formality and each recognize their own story in it.
An impressive concrete awning at the entrance reinforces the look of the majestic old home. The concrete structure of the canopy returns in the plinth of the side extension of the veterinary practice and in the gallery behind it, which creates a generous circulation between practice, living spaces and garden.
Via the original sandstone portico, one steps from the gallery into the staircase hall, which was deliberately kept in the original baroque style and, together with the gallery, exudes a stylish grandeur.
As an additional stylistic detail, the existing eaves of the slate covered roof were extended. This elegant intervention accentuates the original kink in the roof and gives the villa even more authenticity and refinement.

The subtle power of concrete
Concrete seemed to the designers the only logical choice for the structural interventions in this renovation. On the one hand, the material is neutral enough to fit in nicely with the style of the original house, and on the other hand, it is also powerful enough to give sufficient individuality to the new elements.
By detailing the load-bearing concrete structures as a refined end product, construction methods and aesthetics come together in an honest and transparent story, which is also expressed in the purity and visual imperfection of the material poured on site.

Generous experience
Behind the stately exterior facade lurks an interior on a human scale. With windows up to the height of the bench and cabinetry, the waiting room and practice create the atmosphere of an open and light garden pavilion.

Summary
This renovated villa in hacienda style does not allow itself to be pigeonholed in terms of form. A sober concrete plinth combined with the original neo-style details form a timeless whole. 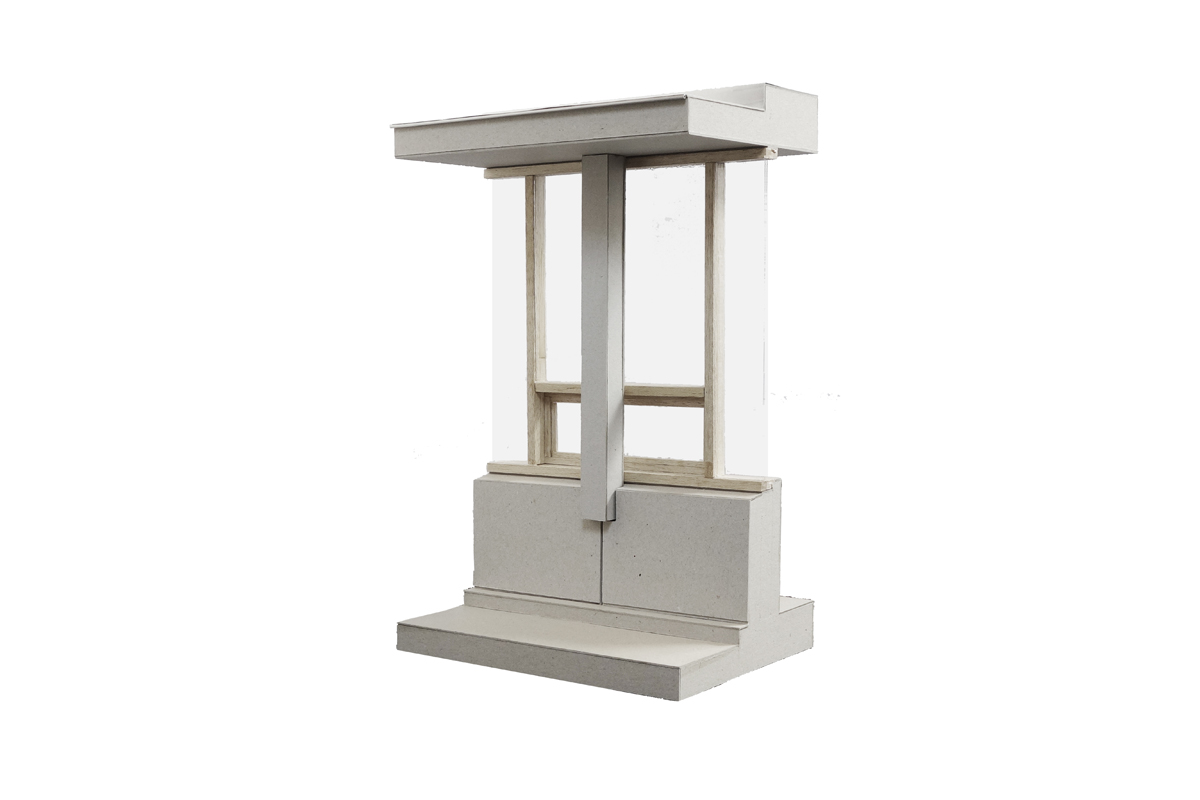 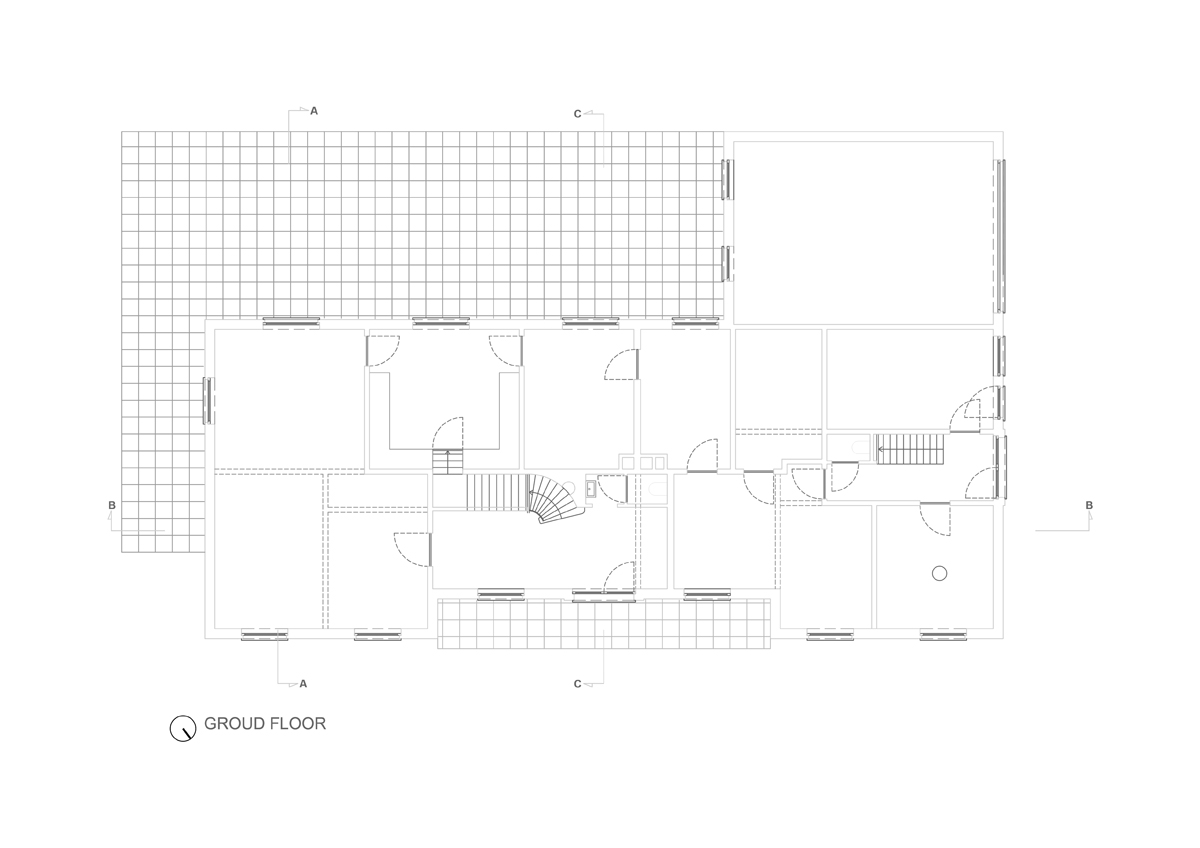 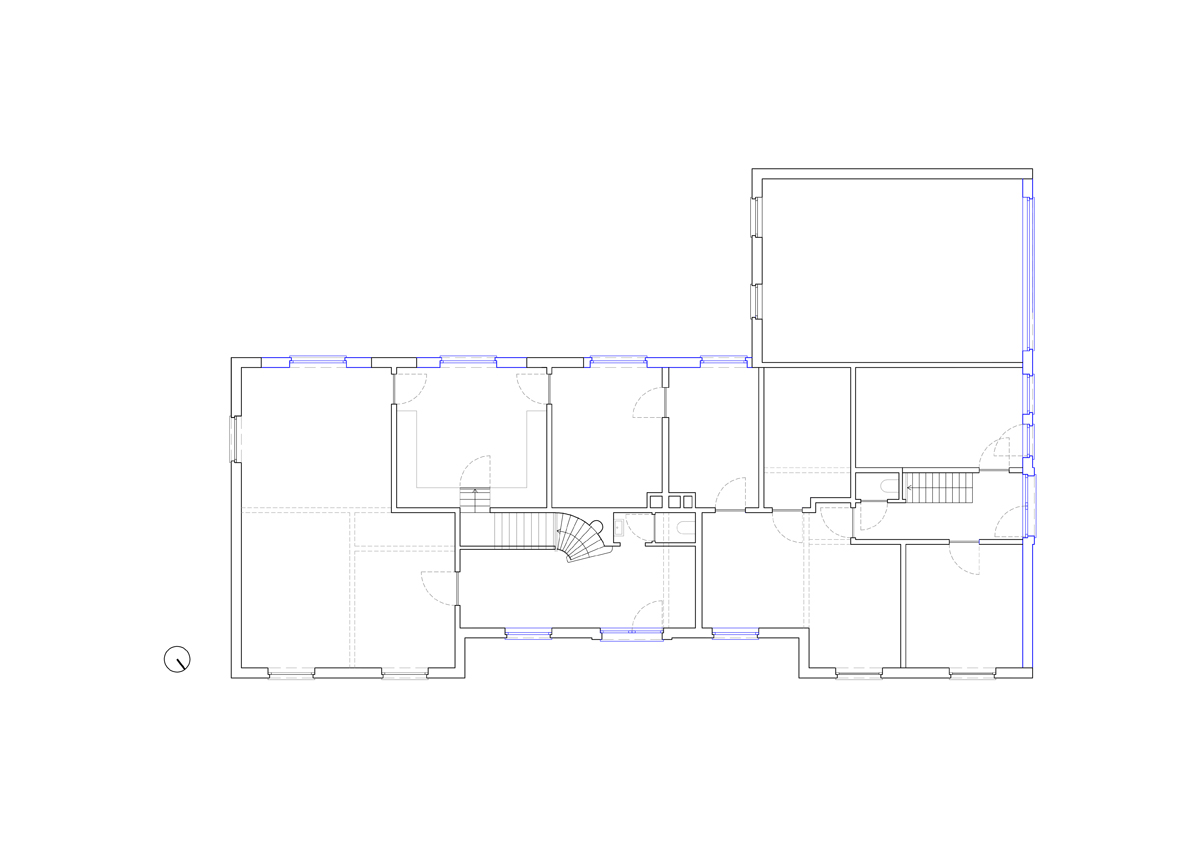 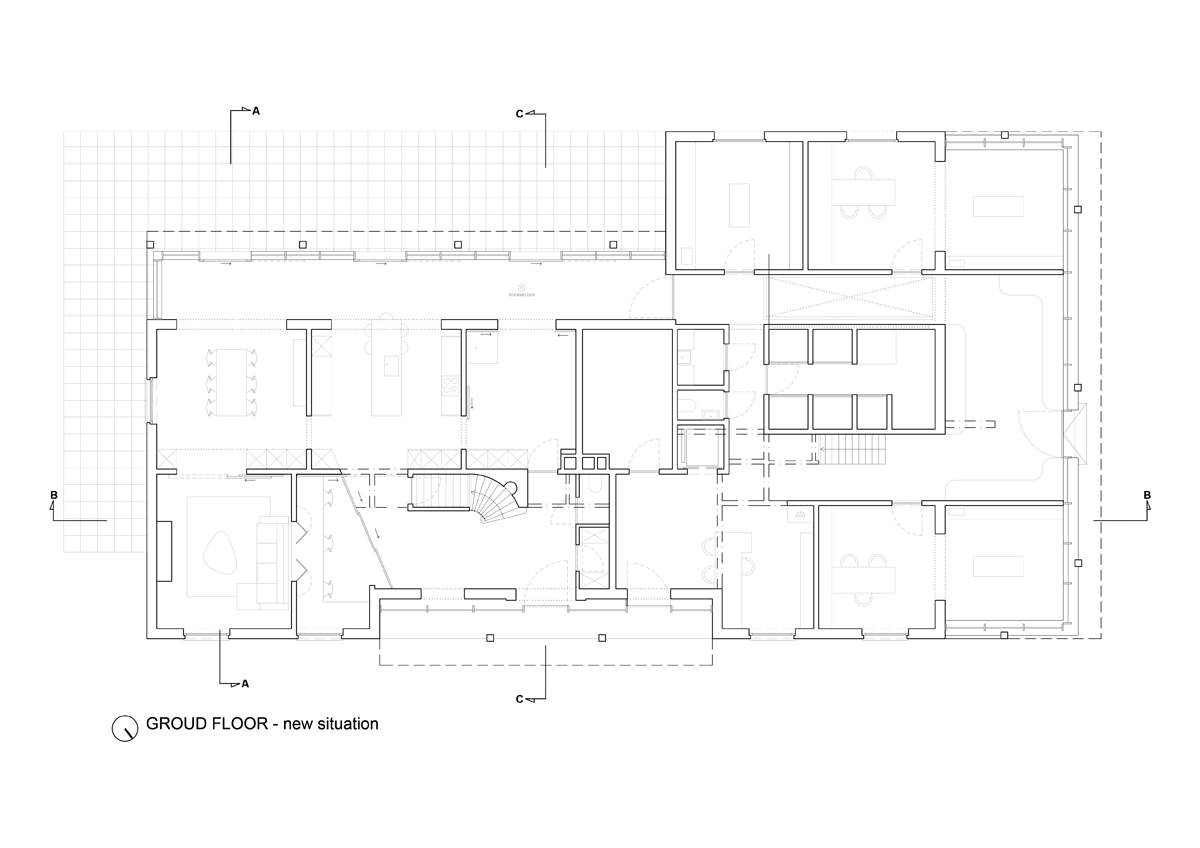 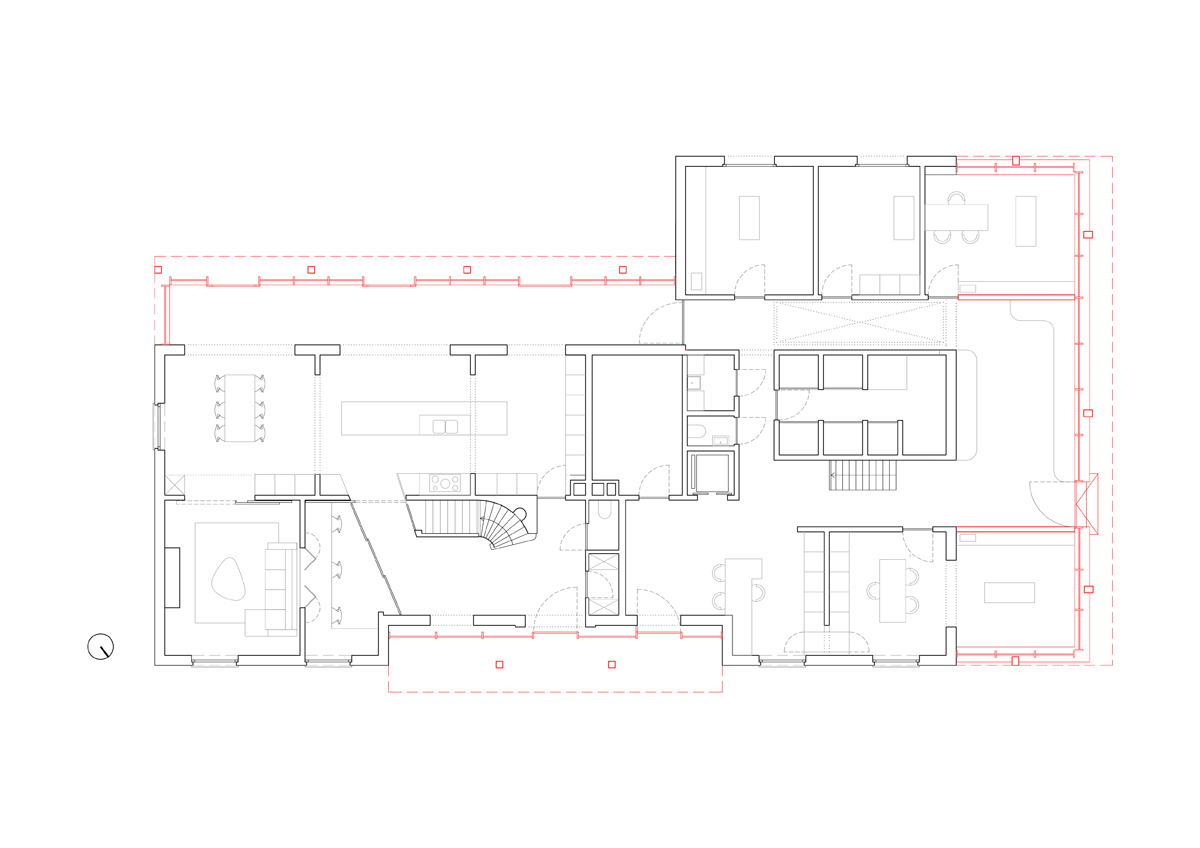 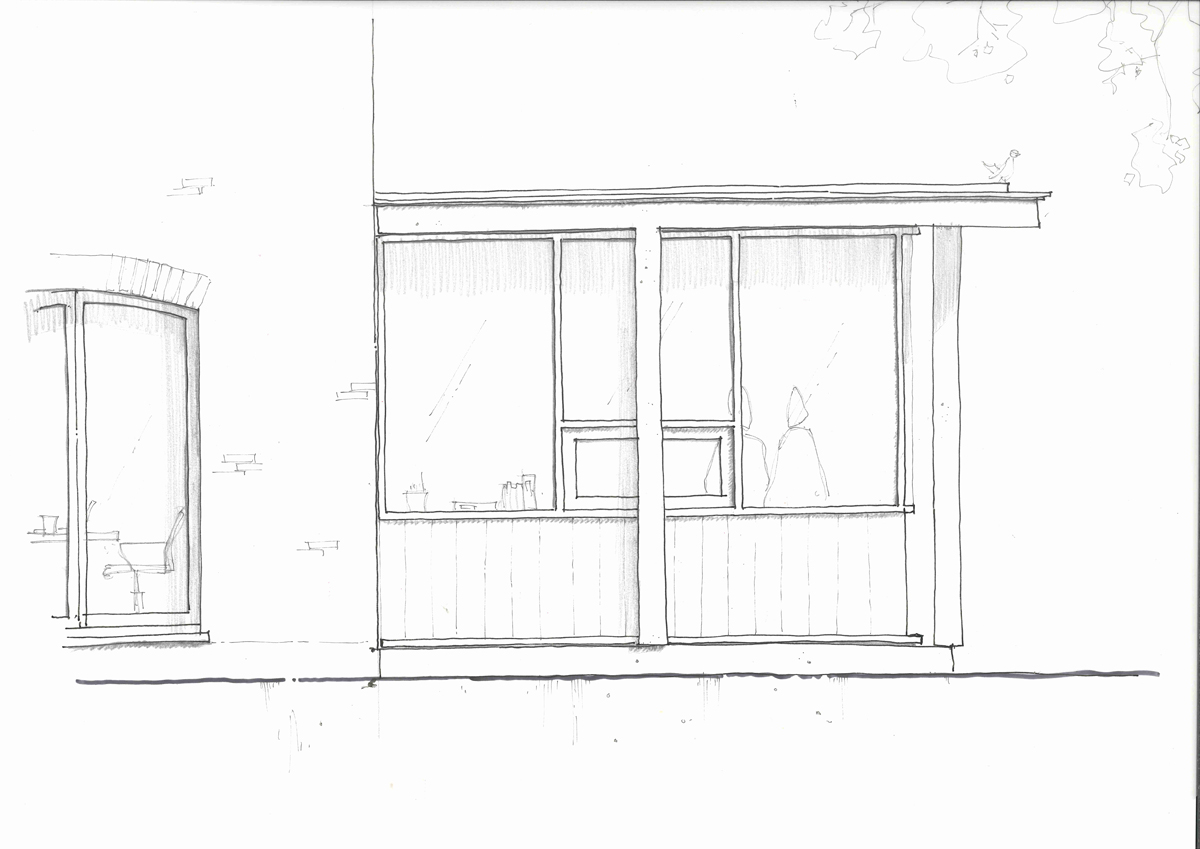 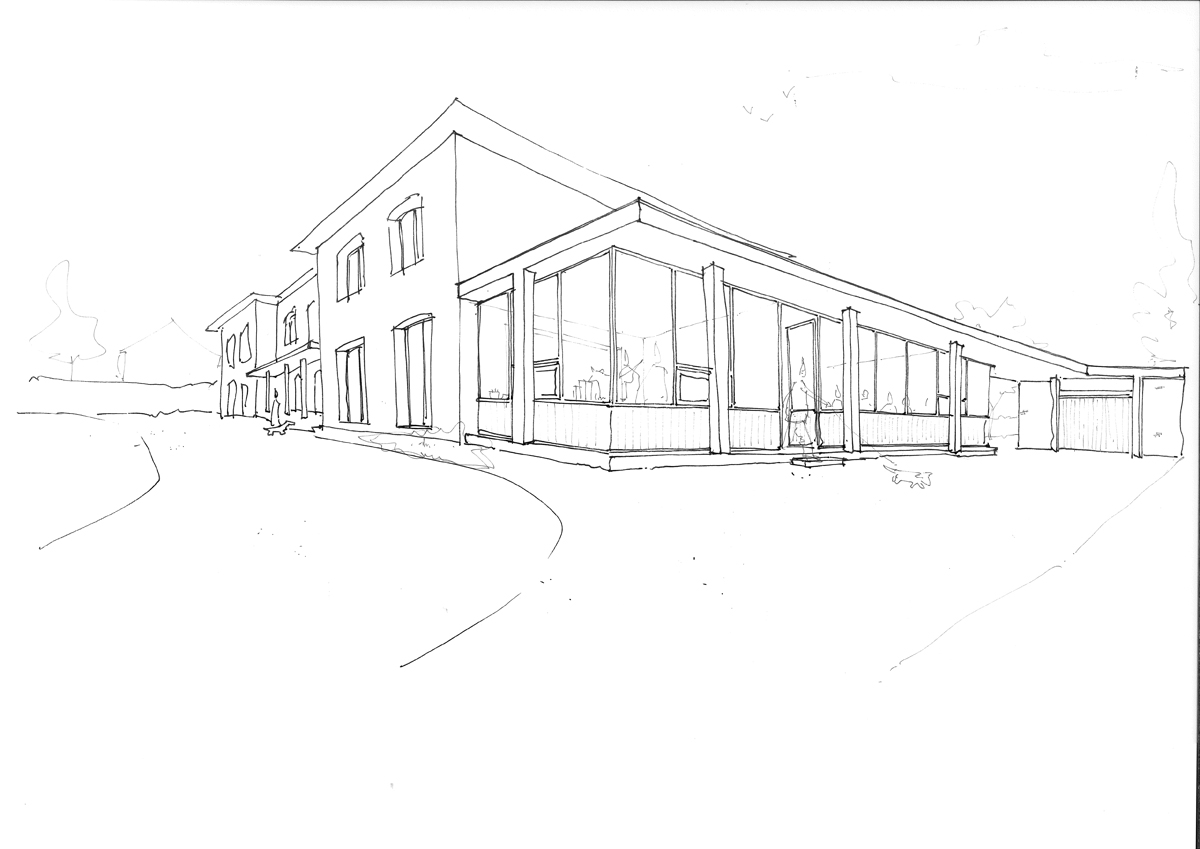 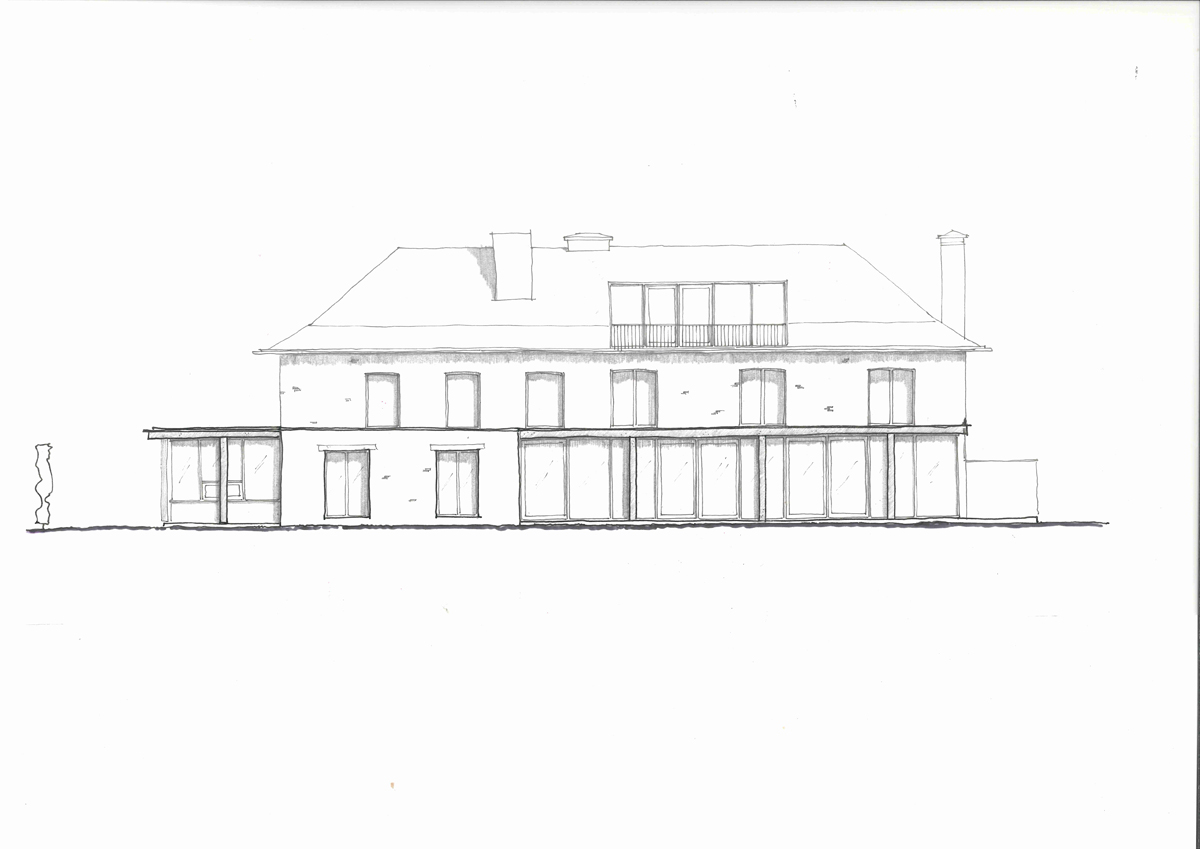