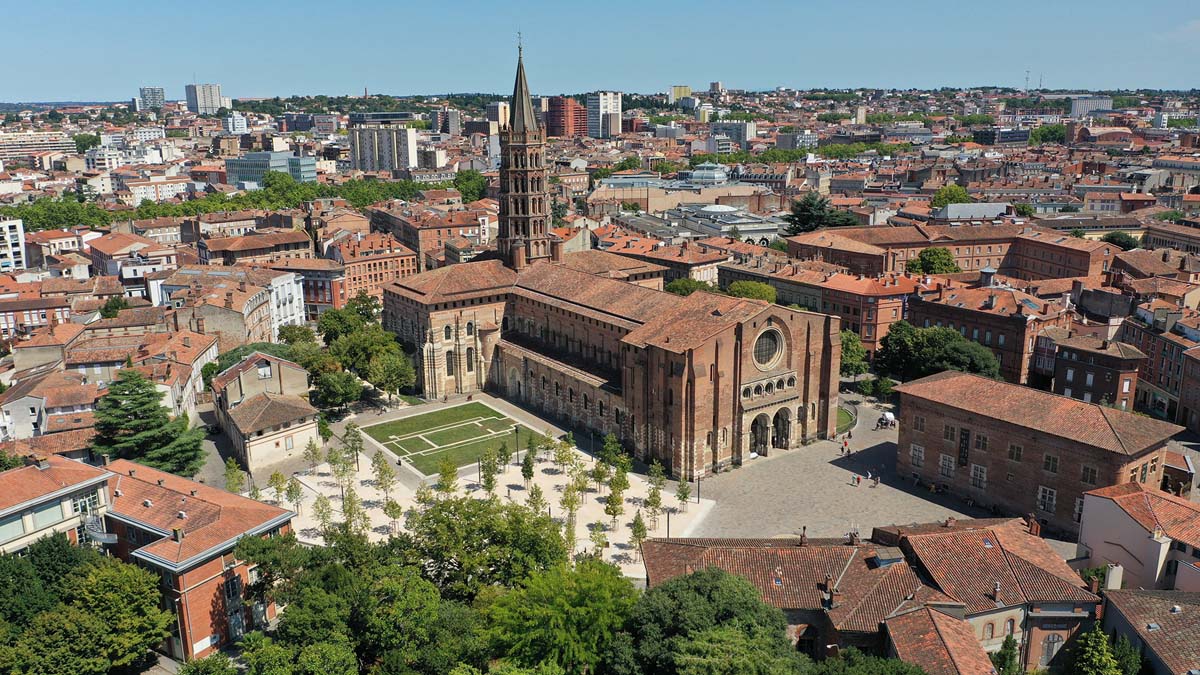 The imposing Romanesque basilica Saint-Sernin, whose history is intimately linked to that of Toulouse, is listed as a UNESCO World Heritage Site. A masterpiece of Romanesque art and one of the best preserved and the largest Romanesque church in Europe. One of the best ways to fully appreciate a medieval church is to stroll around its exterior to observe its shifting architectural styles and changing sculptural aesthetics.
Nevertheless the surroundings of this monument fell short and were nor a welcoming place for its visitors nor accommodating for the people living in the dense historic centre. A 175-space car park took up most of the space, with its share of motorists in transit, road signs, exhaust noises and smells. The garden, at the foot of the bell tower, was not accessible and only about 10% of all were green permeable spaces.

In the 80s, the Queen Elizabeth of England visiting Toulouse famously exclaimed: “What a strange idea to have erected such a beautiful basilica in the middle of a parking lot! “, a subtle way of pointing out that the building did not have a setting to its measure, to assume and magnify this secular heritage.

Aim of the intervention

Apart from the Basilica other civic institutions surround the site; the Musée St Raymond, l’Hôtel du Barry, the Lycée Saint Sernin, the Bourse de travail as well as the CGT headquarters. Major assets and making it all the same more urgent to intervene in order to reconnect the surrounding buildings with the public realm in order to create a pleasant place to visit, work and stay.

The objective is to combine the enhancement of this historical site and to stimulate new uses. This results in the creation of a peaceful space in the heart of the Centre-Ville where noise, pollution and congestion are reduced while improving safety.

The redevelopment of the space also offers the opportunity to create new public gardens, in a neighborhood with few green areas. Reinforcing the existing landscape structures, such as the Lycée Garden and the 19th century apse garden, expanded and opened to the public.

The project recovers the place for the pedestrian and reinforce the unitary image of the site. Therefore the range of materials and construction solutions are reduced.
The natural stone pavement, (Porphyre from the Alps and French Comblanchien), gives coherence to the whole, but its layout and finishing differs to explain the site history and to adapt to the different atmospheres. The circular Comblanchien stone fountain adds freshness to this mineral parvis and serves as a meeting point.

The project completely transformed the 18,000 m2 public space surrounding the basilica but maintained the different characters and atmospheres. The elevated ‘garden’ occupies the place of the disappeared ‘Palais Abbatial’. The newly planted trees serve to recreate the missing 3th façade of the parvis of the basilica. The gravel surface invites for informal petanque games in the shadow of the trees. The 19th century garden surrounding the apse has been enlarged, redesigned and opened to the public to become a quiet public garden for local residents.

The light construction of the square is based on its new urban scenography.

The renovation of this major public space in the city centre of Toulouse is intended to be exemplary in all areas of its design in terms of sustainable development, protection of biodiversity but also sociability. The construction of the urban light environment of the place is fully in line with this ambitious approach, both in the areas of controlling light pollution and energy savings and in those of comfort, visual appeal.

A major consultation began in September 2016, allowing more than 150 contributions to be collected from local residents, associations, enthusiasts or visitors and numerous meetings have enabled the project to be shared with the inhabitants of Toulouse.

The project was presented to the National Commission for Historic Monuments at the Ministry of Culture in 2016 where it received a favourable opinion. 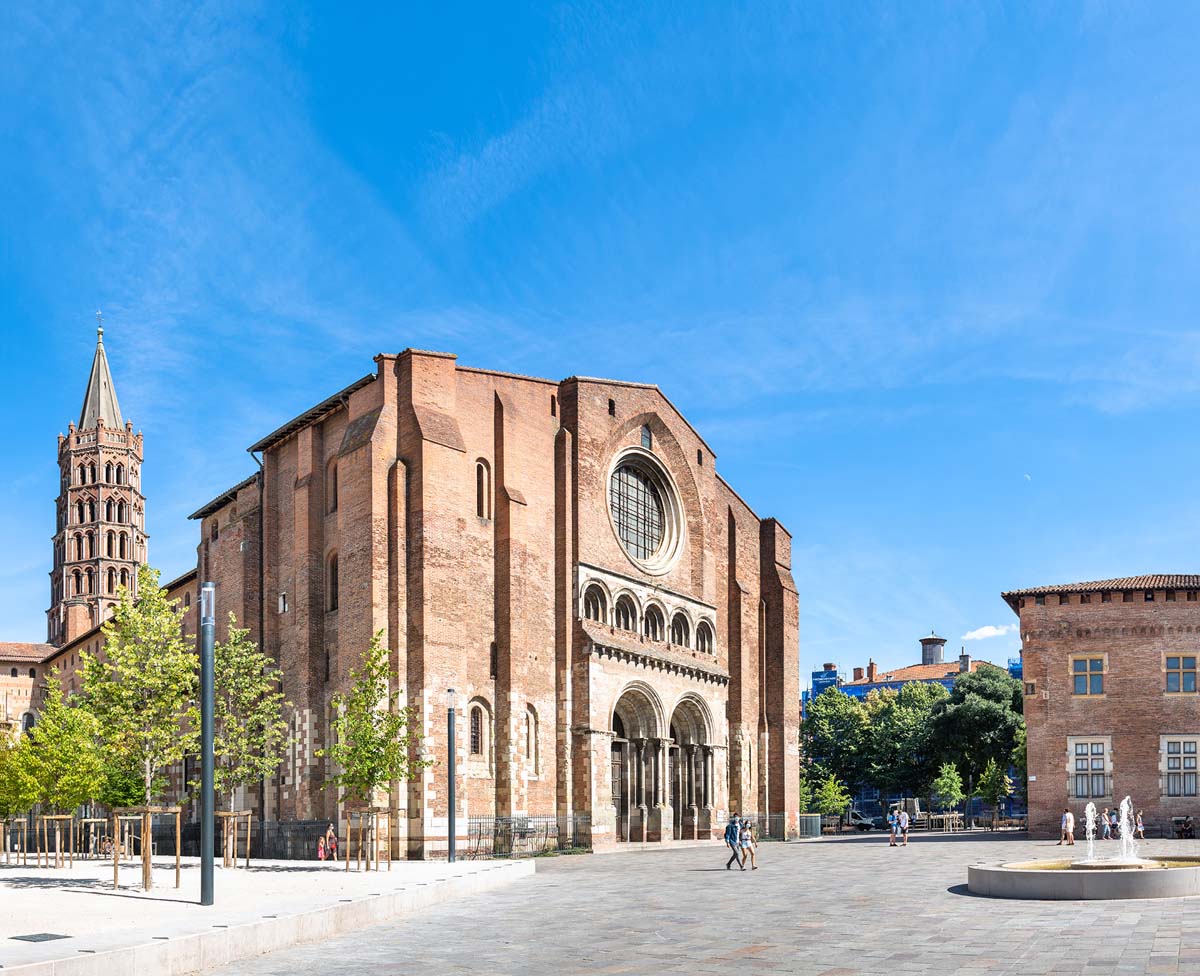 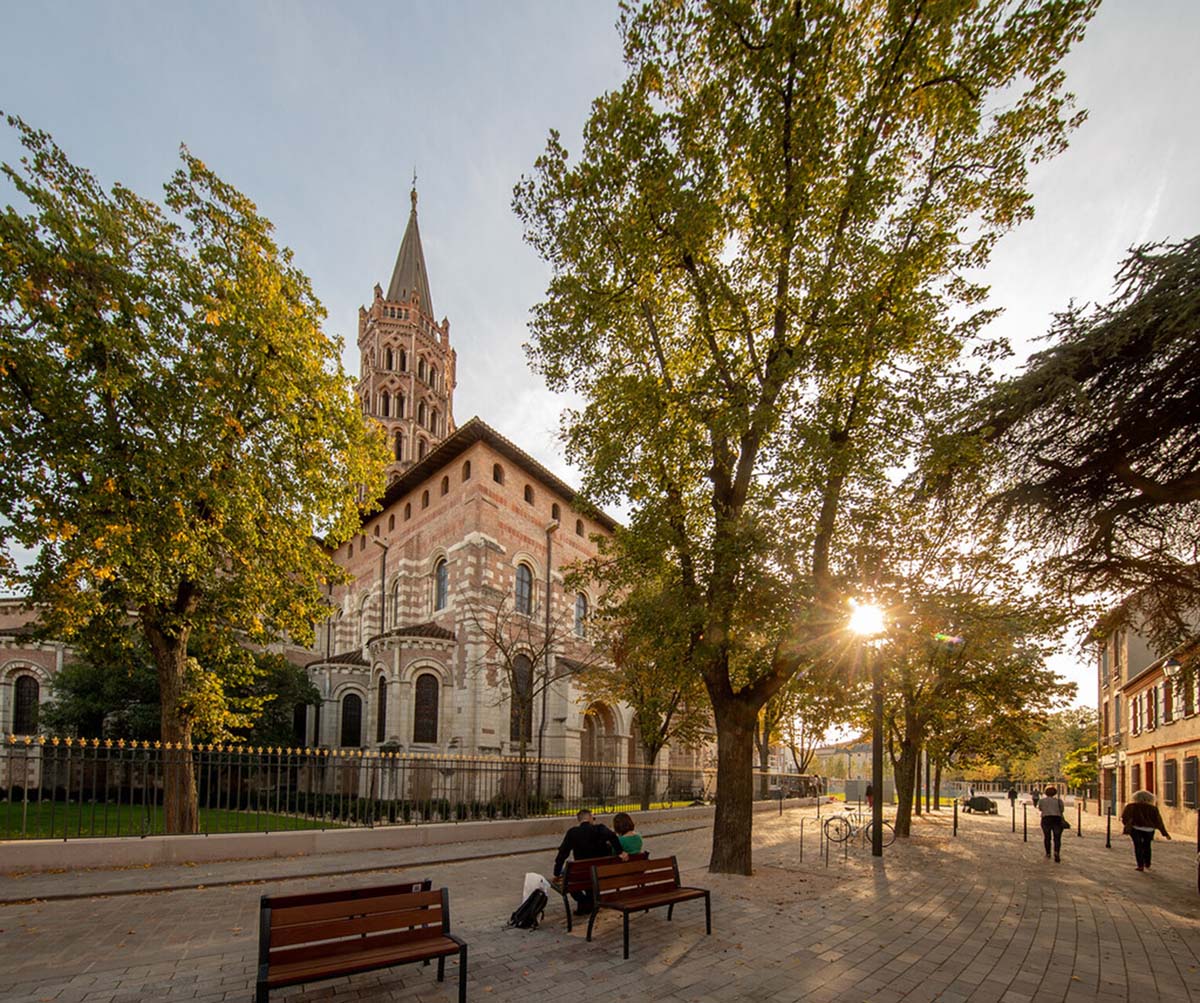 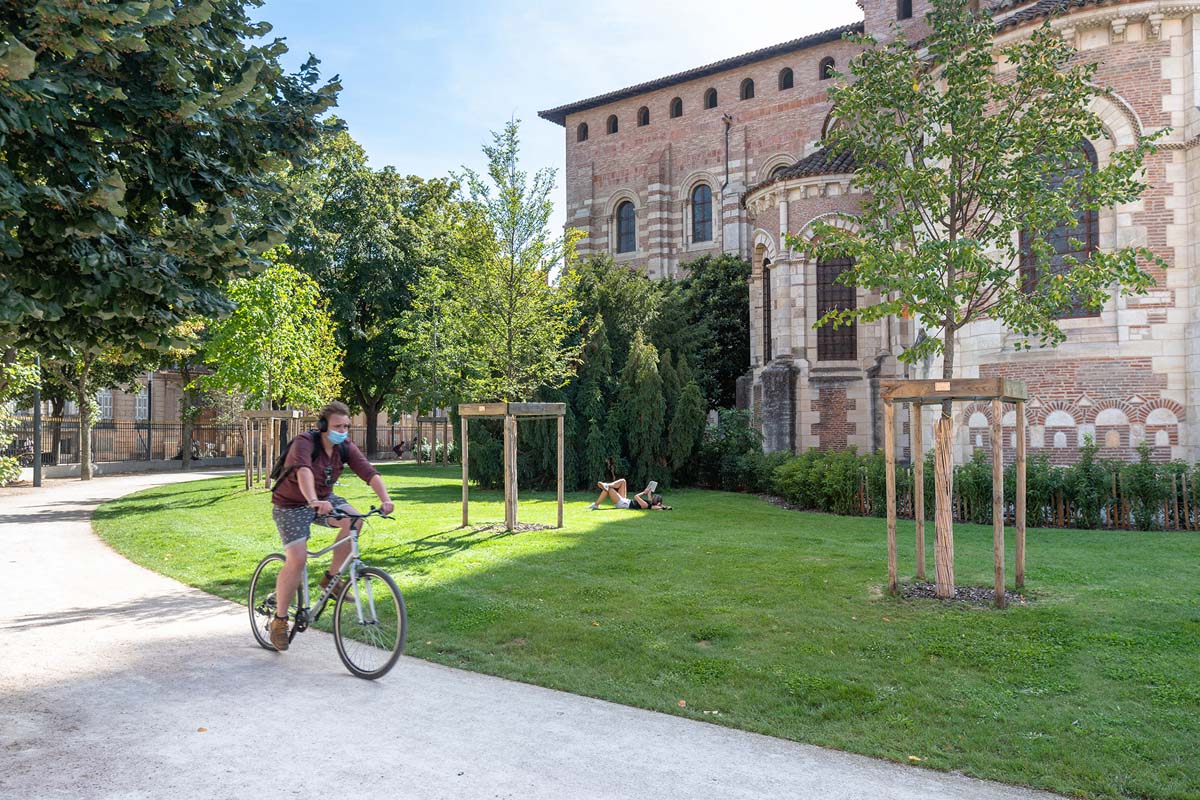 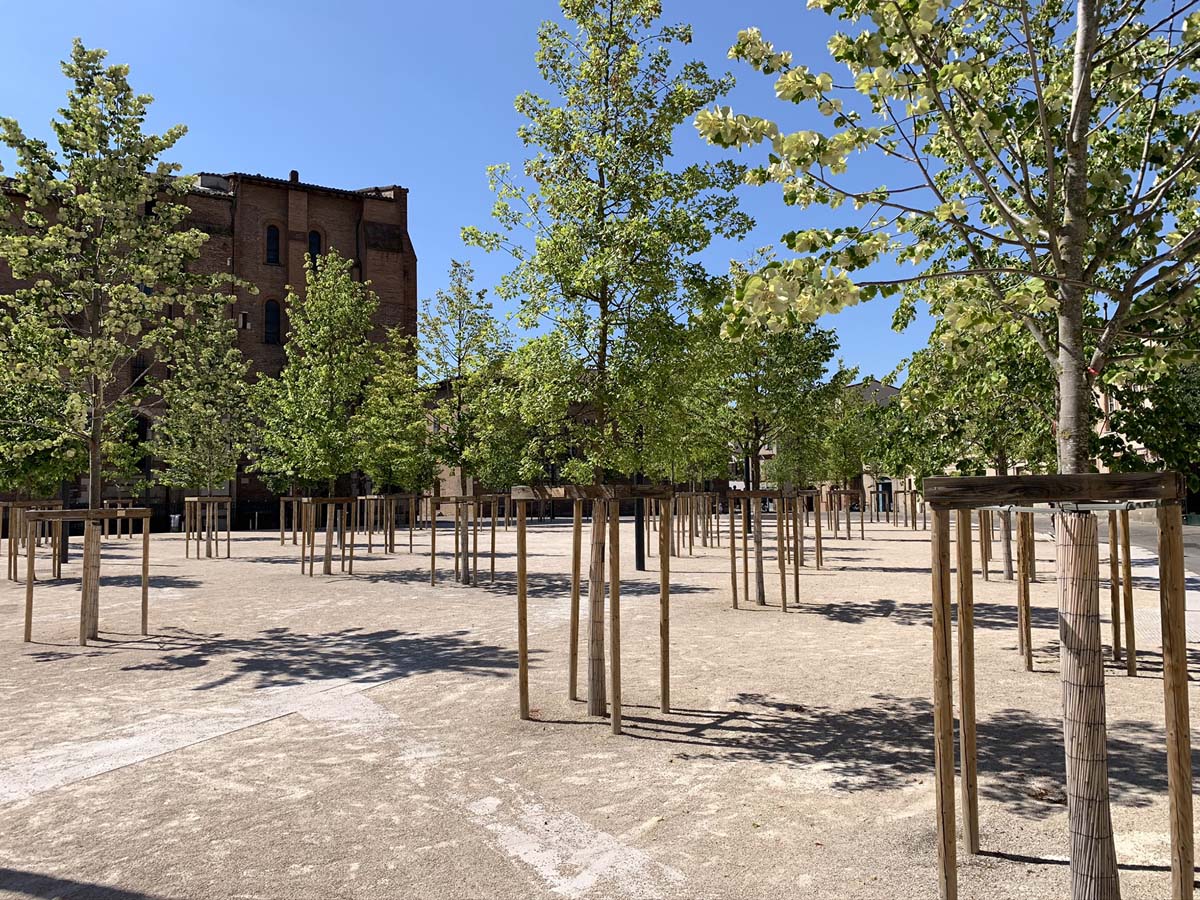 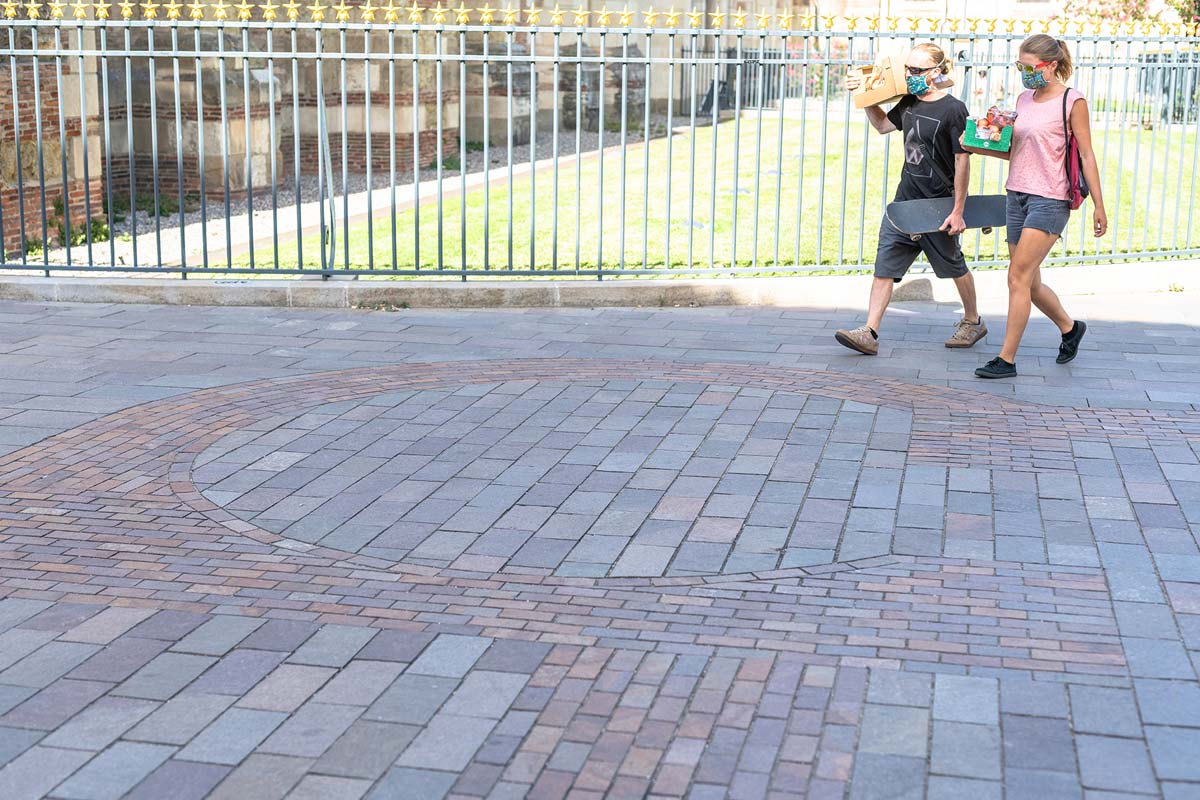 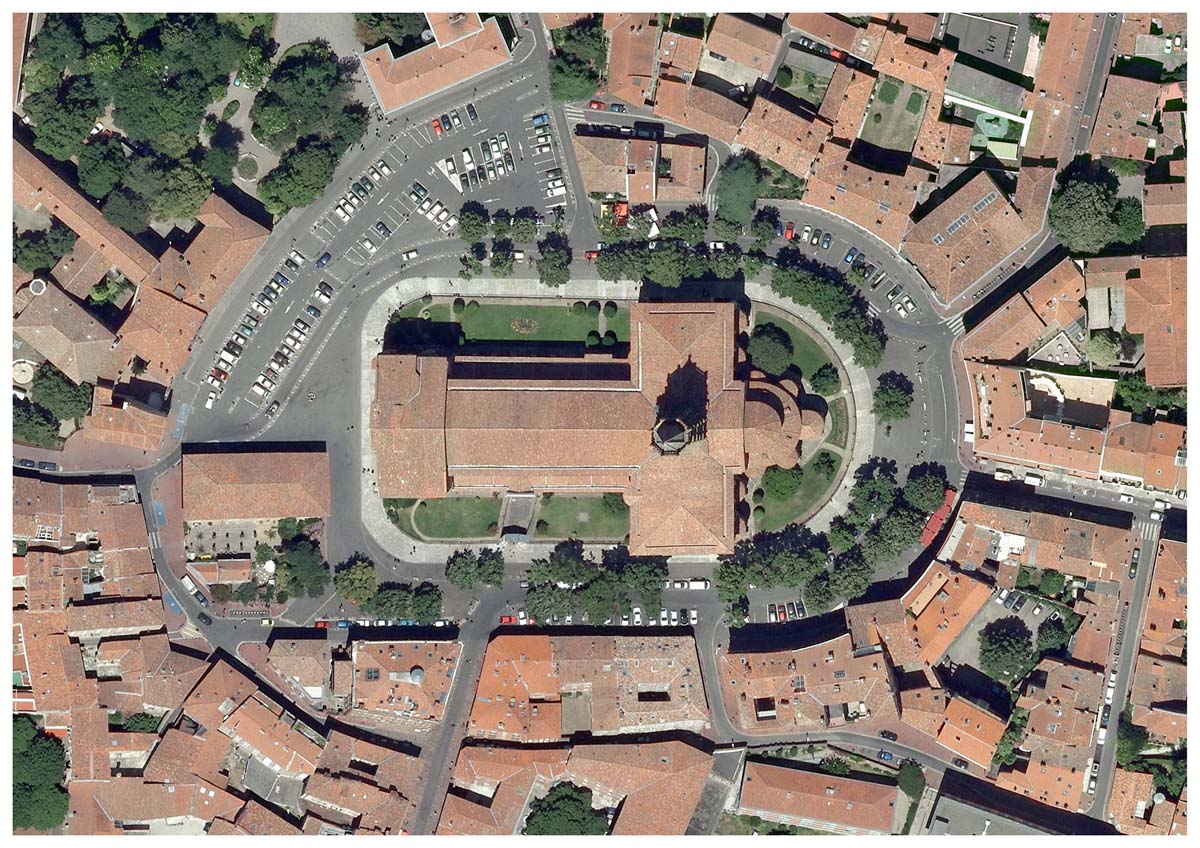 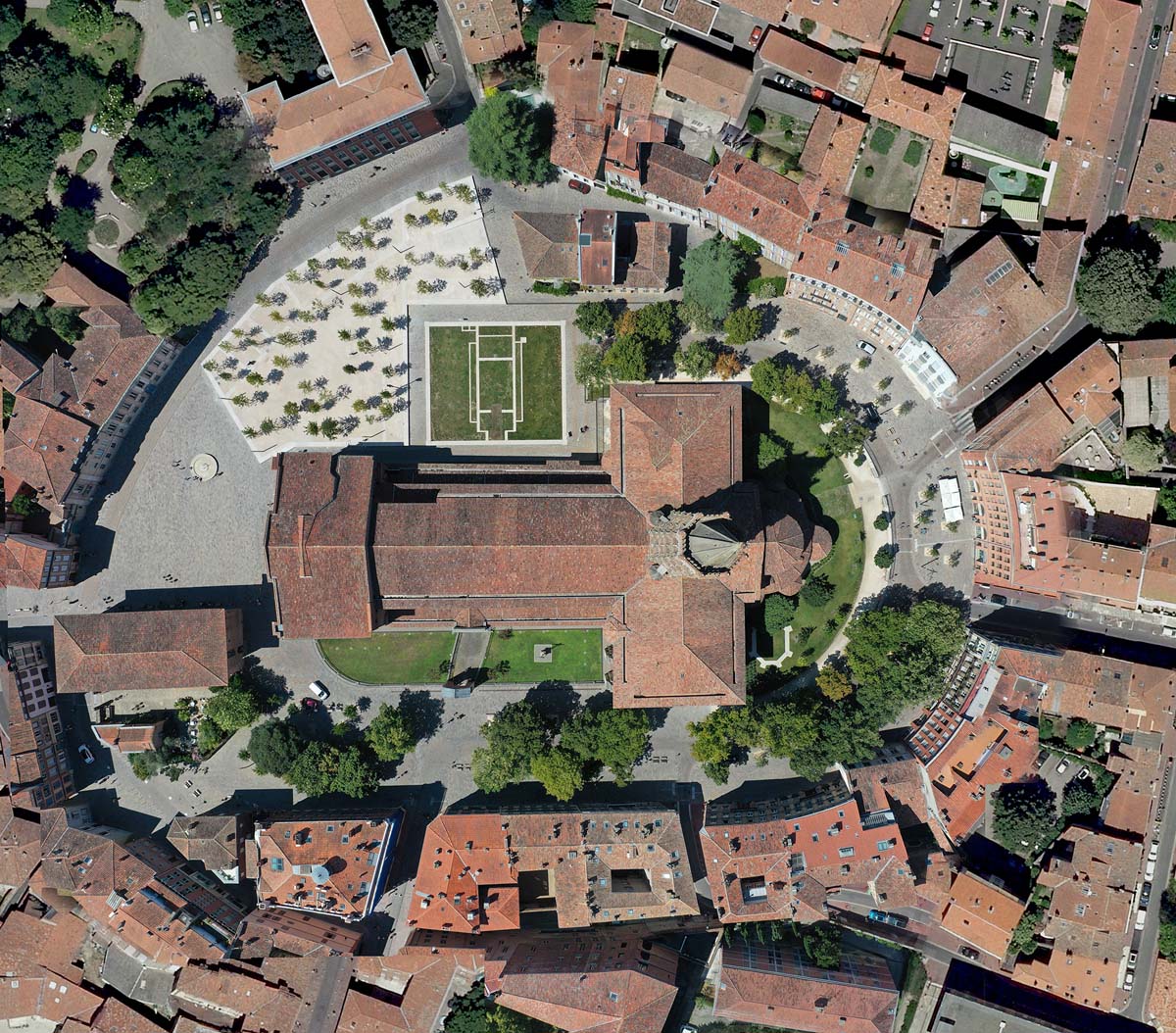 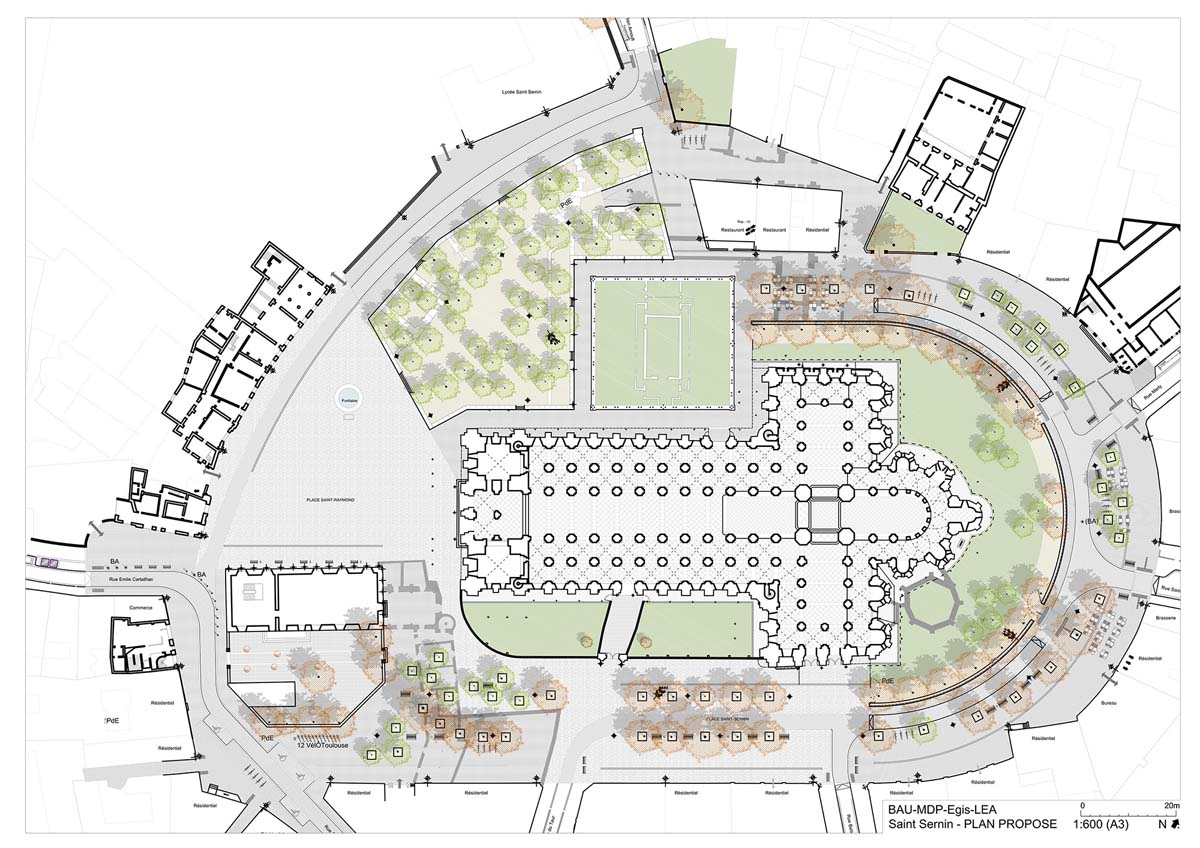 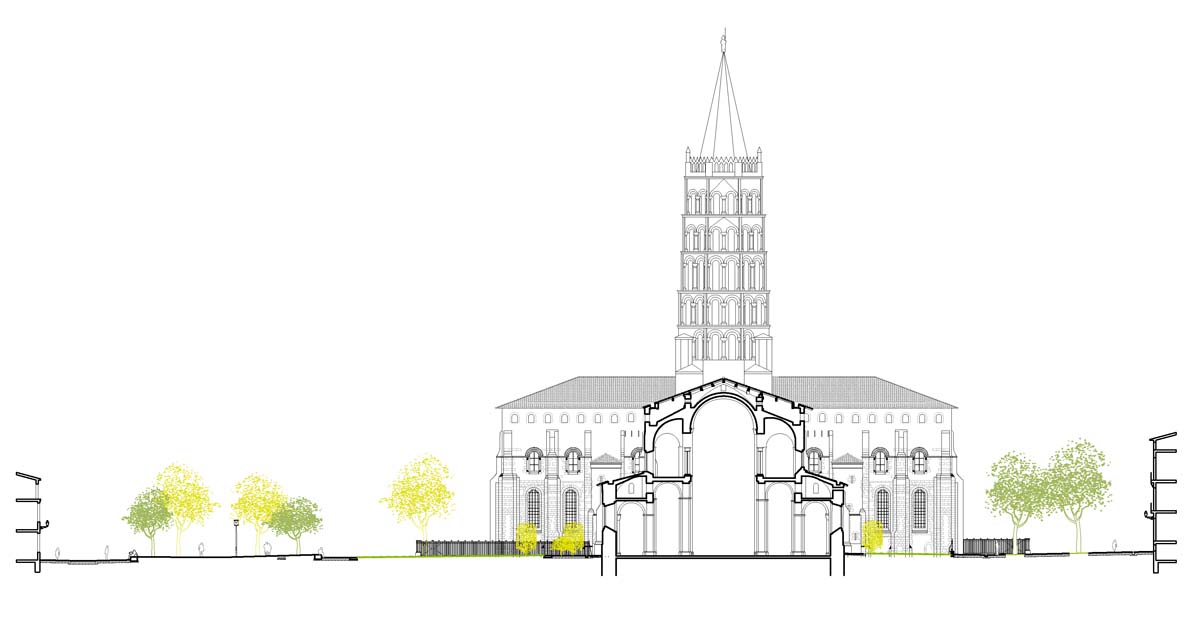