KAAN Architecten was commissioned by the Netherlands War Graves Foundation (Oorlogsgravenstichting) to design a multifunctional building commemorating the Dutch victims during the Second World War and more recent international conflicts, in Loenen near Apeldoorn. Harmoniously blending with the surrounding forest, the building is a layered and connecting element between the existing Loenen National War Cemetery and the new National Veterans Cemetery.

The Loenen National War Cemetery site, one of the two located on Dutch territory, was designed by landscape architect Daniel Haspels (1894-1954) shortly after the Second World War, reflecting the landscape of the area with its clusters of wispy trees that honour the peaceful environment and bring comfort to the bereaved. KAAN Architecten opted to draw the trees and building together, letting the trees dictate the structure’s form, to achieve a fusion of architecture and landscaped nature.

The pavilion, with its 52 x 19-meter footprint, stretches along one of the five axes that are the foundation of the site, like a horizontal white line settled amidst slender birch and pine trees. Seen from above, it is situated between two stretches of woods, flanked by two forest rooms envisioned by landscape architects Karres en Brands. The pavilion was kept as narrow as possible to preserve a maximum number of trees between the two open spaces, its horizontality gently adopts Haspels’ philosophy by avoiding vertical elements, which could disrupt the calming natural atmosphere. For this reason, the War Cemetery’s gravestones are lying flat on the grass.

The serene atmosphere and lack of intrusiveness have been achieved by sensitive architectural gestures, proposing an intimate yet open and inviting building; obscured by tree trunks yet in clear view. Strategically placed, natural stone-clad walls stretching from floor to ceiling accentuate the alternation between open and closed. Some walls have benches protruding in the same natural stone as the wall and facing the forest to offer visitors places to rest and contemplate. Atop the walls lies the roof – not merely as a cover for a box, but a horizontal wall with perforations that expose the treetops and open skies. By masterfully directing the sightlines inward, outward, and through, KAAN Architecten maintained the fragile aura of light and tranquillity already imbued in the National War Cemetery.

Everything within the space of the pavilion is related to remembrance and commemoration. Corridors were avoided so the pavilion could remain narrow and functions flow logically into one another. There is an auditorium dedicated to assemblies and funeral services for the nearby National Veterans Cemetery, opening up to a multi-purpose room serving both as exhibition and information space and finally a condolences area. For events and large-scale ceremonies, the auditorium and exhibition space can be merged into a single hall, free of obstacles.

The various spaces each have their own identity and lookouts. The condolences area offers views of two opposite sides, each oriented towards a forest room: one for veteran burials and one for the War Cemetery. Meanwhile, the auditorium looks out over the sightline ending at the cross in the middle of the War Cemetery. The eye is guided through a big window that feels like a large opening in the pavilion rather than a standard window. High ceilings and large roof spans ensure flexibility and contribute to an open sense of space.

The public nature of the pavilion, with an assembly capacity of up to 200 people, required an optimally balanced indoor climate. Necessary ventilation and floor heating systems to achieve thermal comfort have been realized avoiding any visible installations. By assembling a design team of complementary disciplines, even before the design work began, a high degree of sustainability and a minimal environmental impact was achieved.

Gently detached of any religious connotations, the pavilion conveys a calming natural atmosphere to its interiors, thanks to the unconventional open spatial configuration, the abundant natural light and the elegant choice of materials. The distinguished yet subtle Loenen Pavilion architecturally enriches the National War Cemetery, providing a reinvigorated place of honour and consolation, while allowing the forest to be the guide. 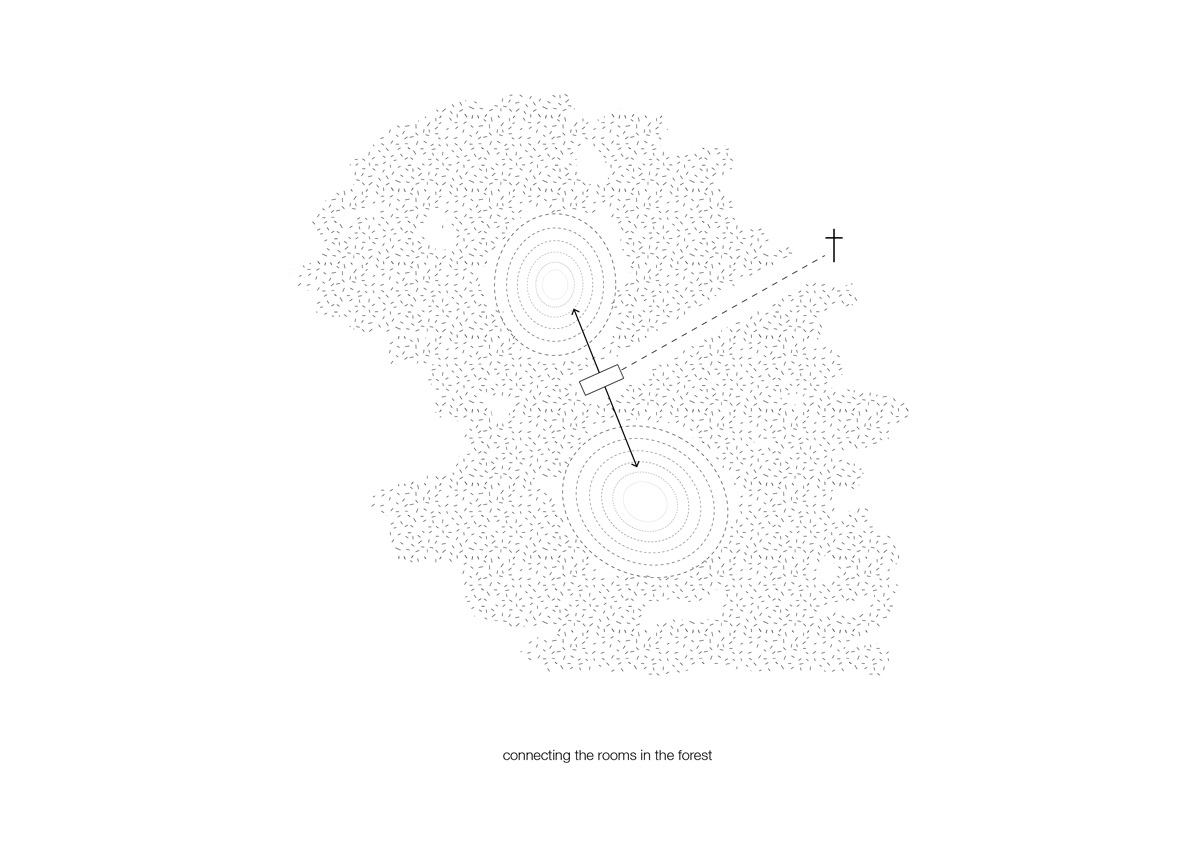 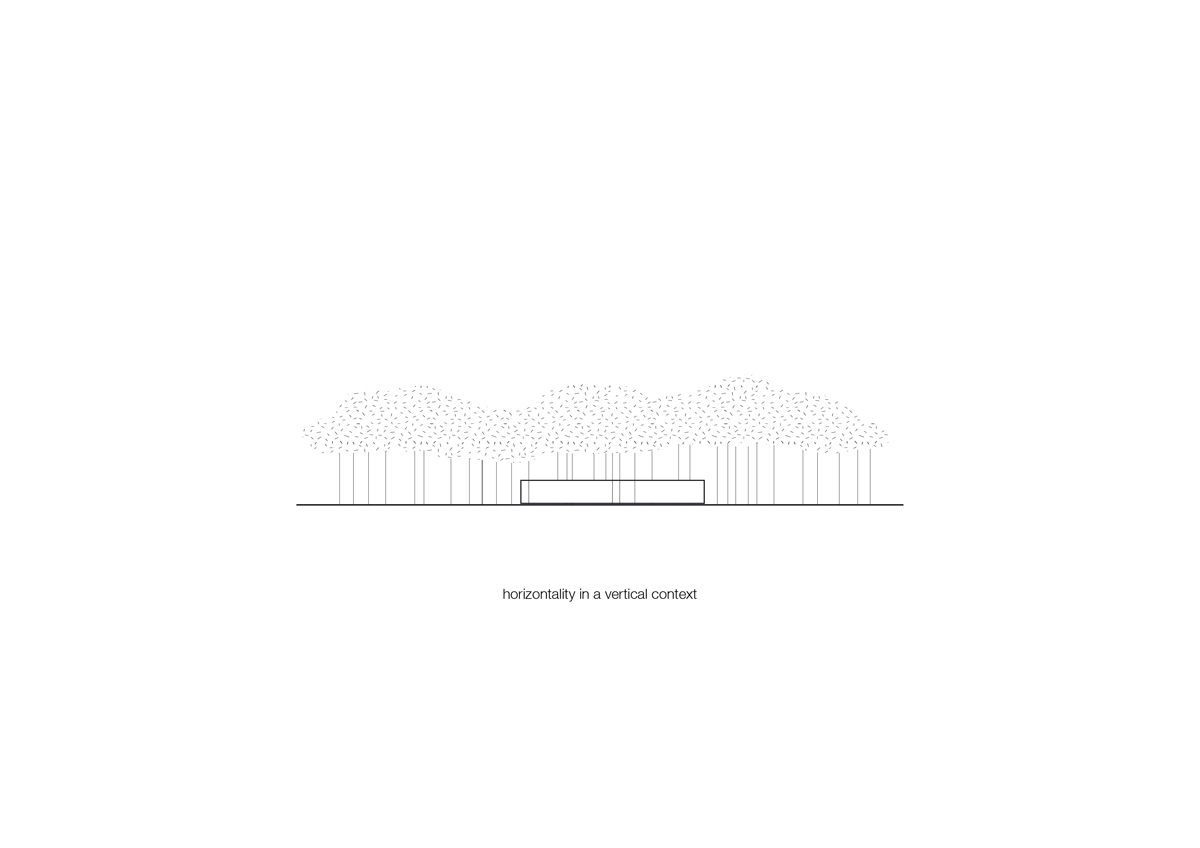 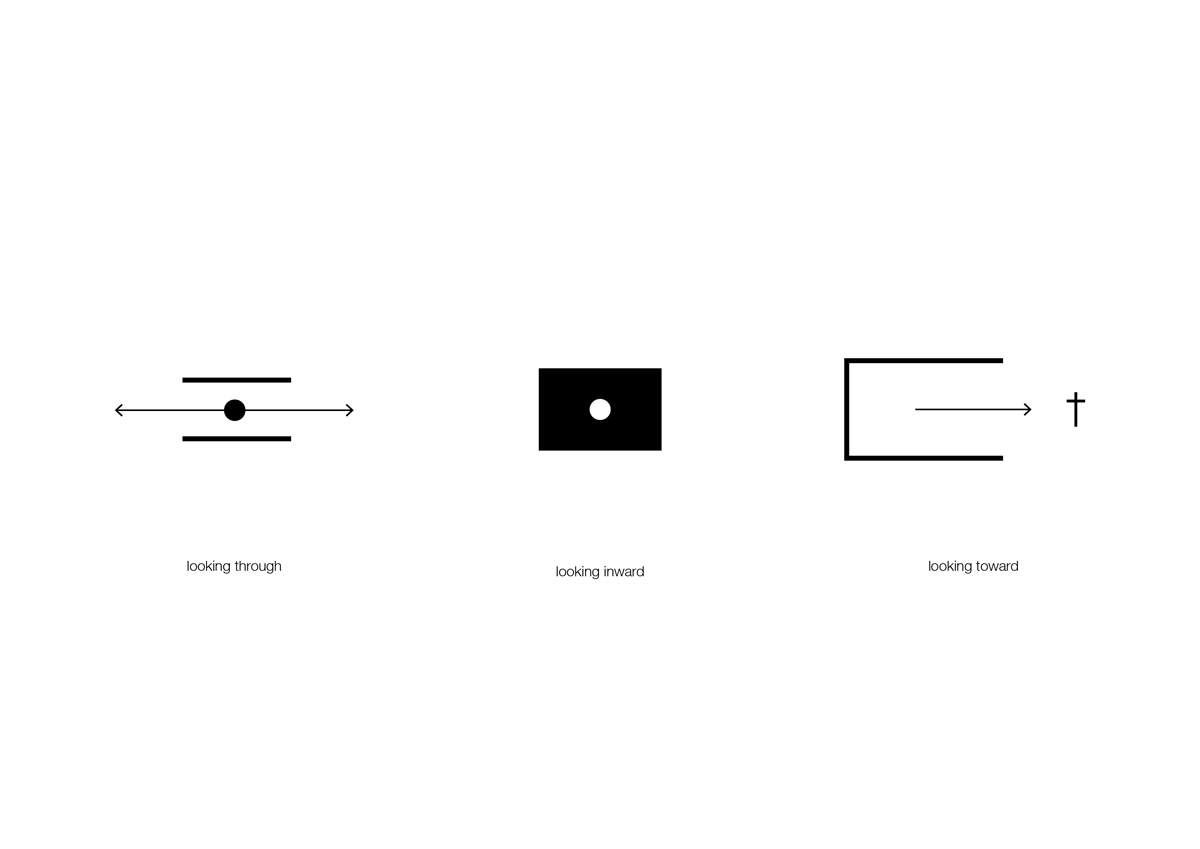 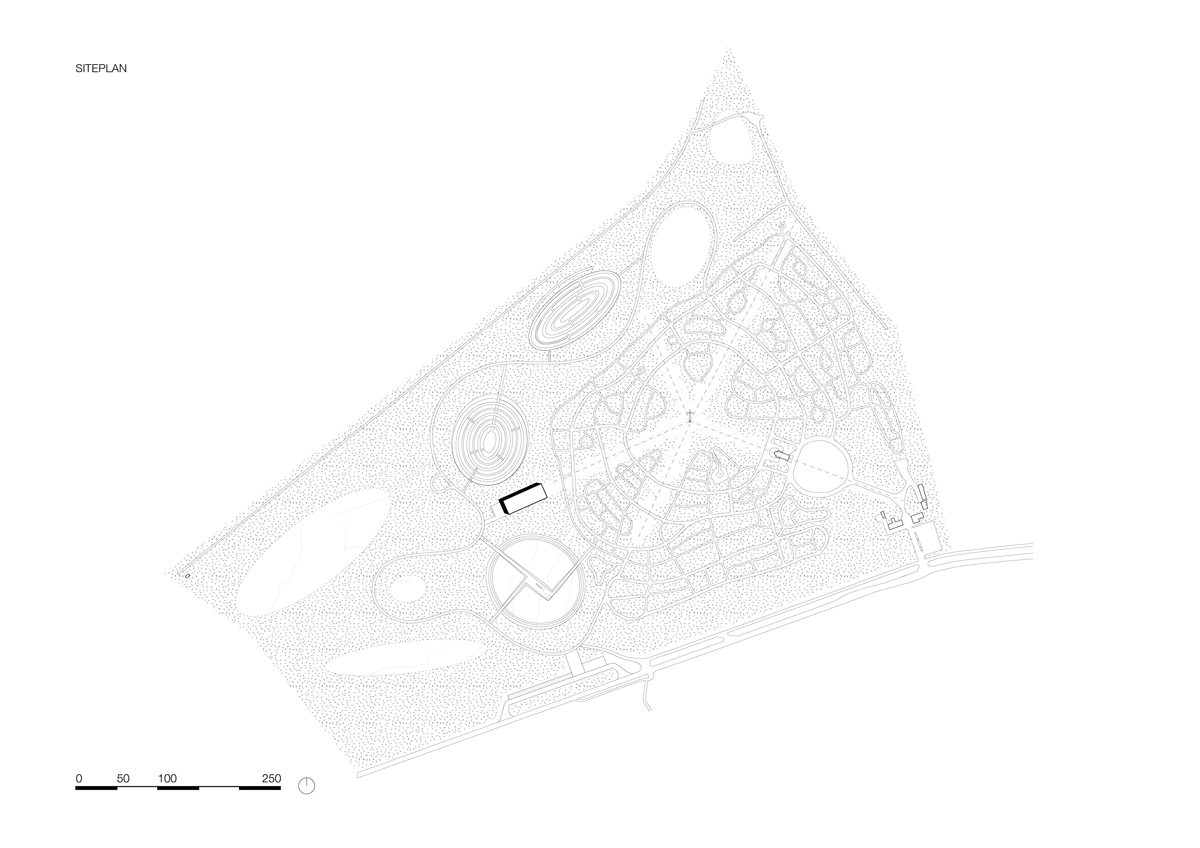 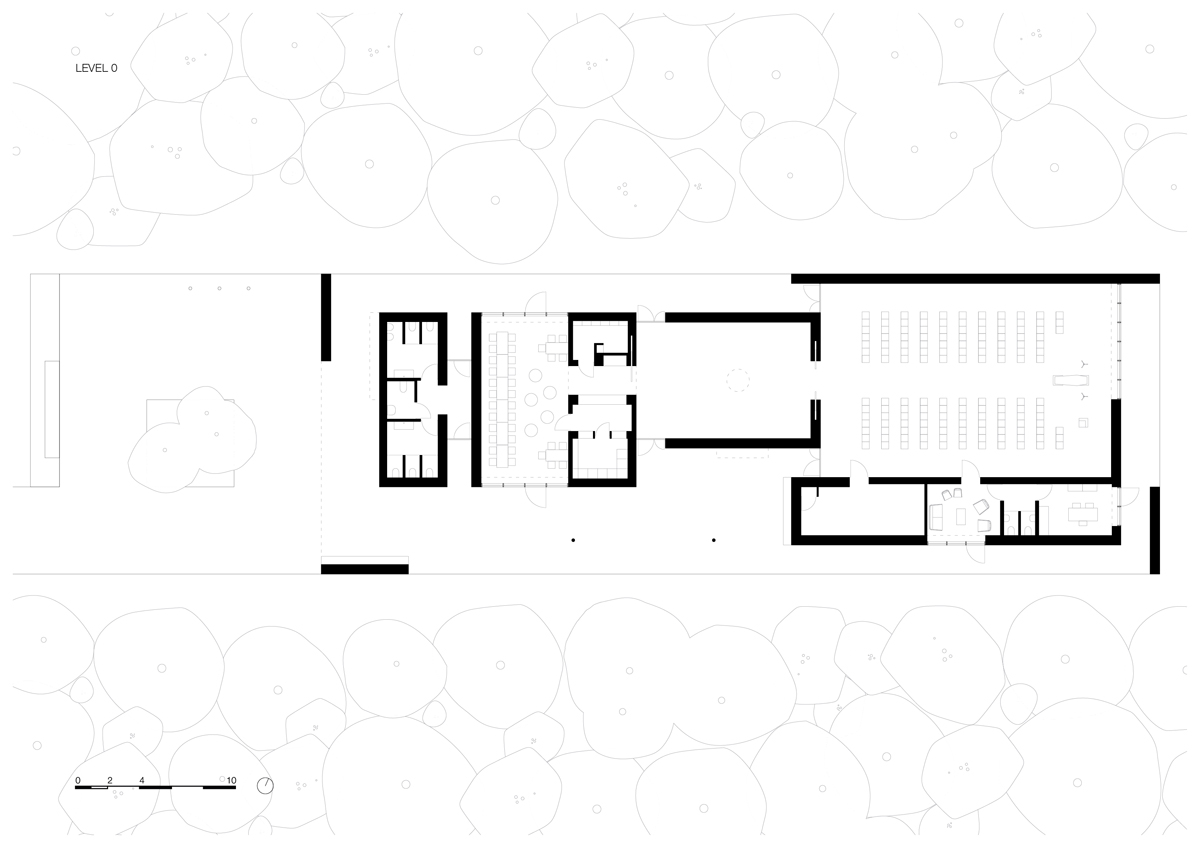 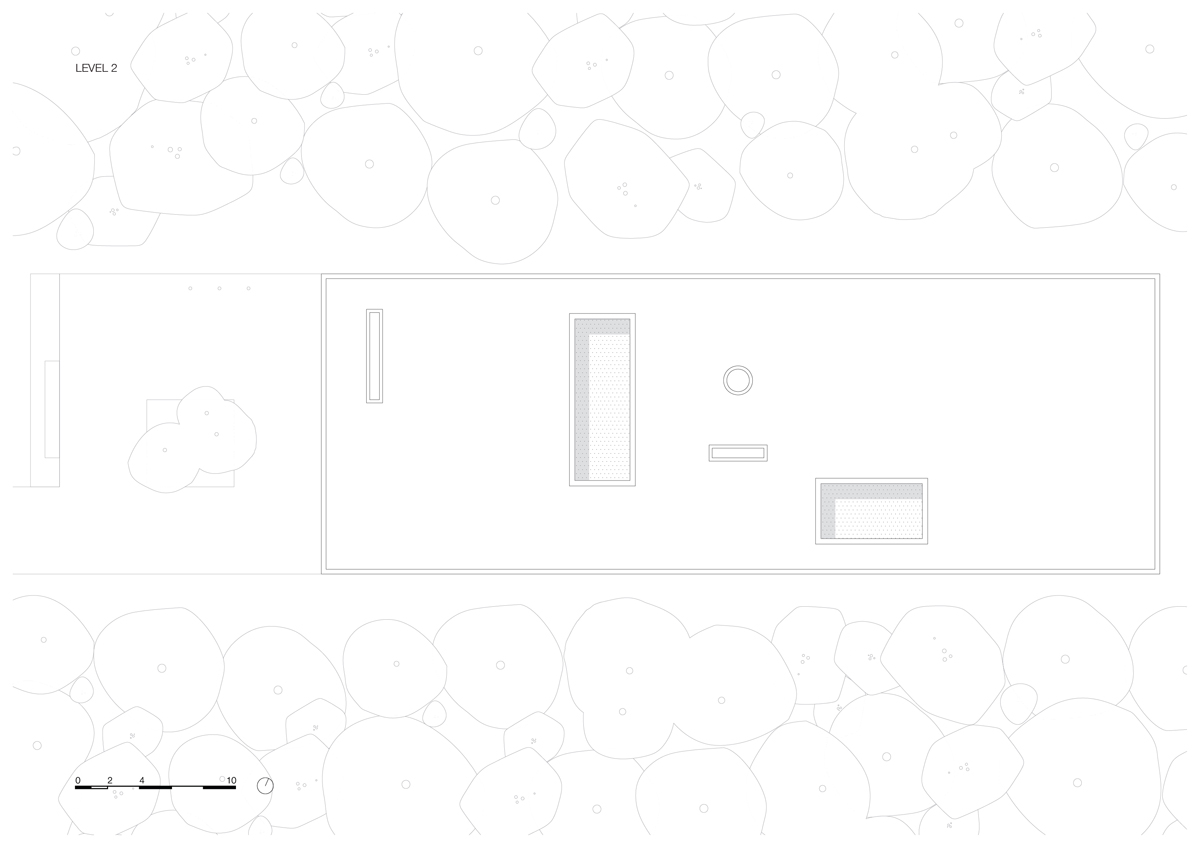 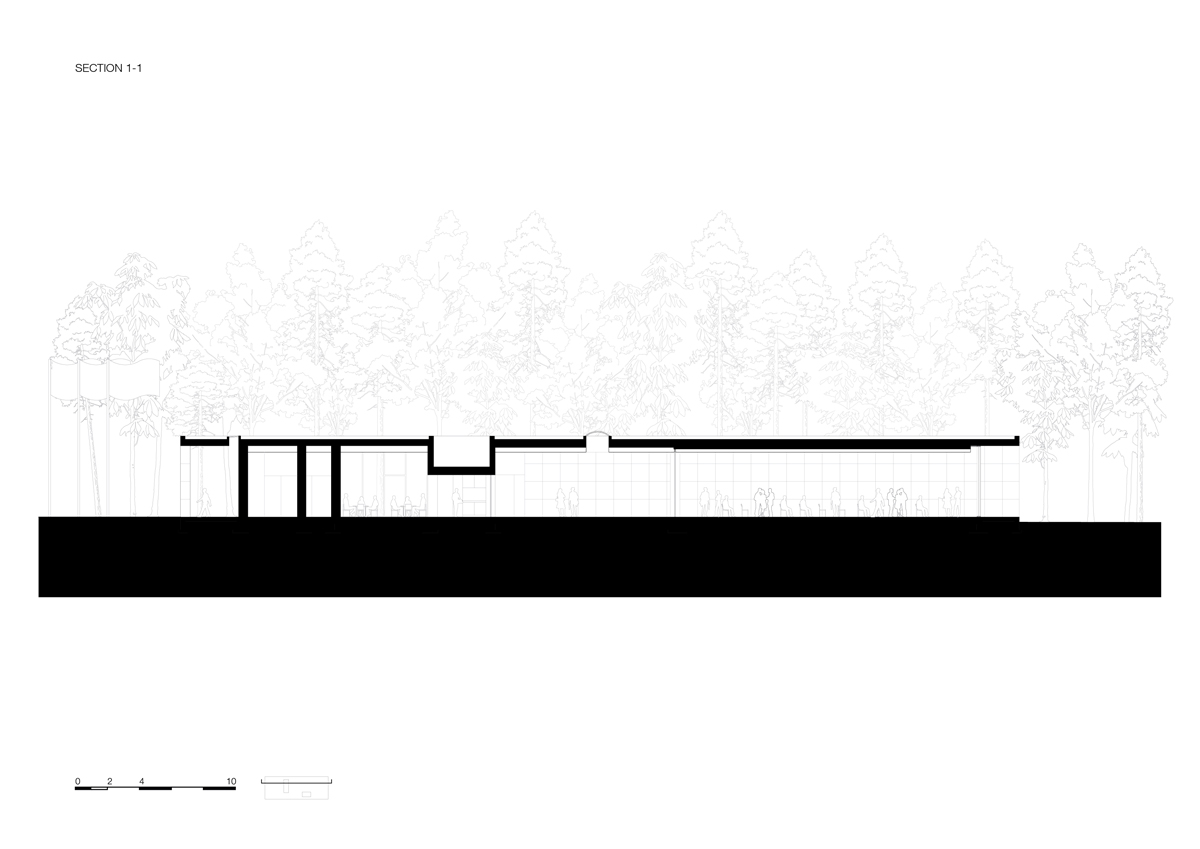 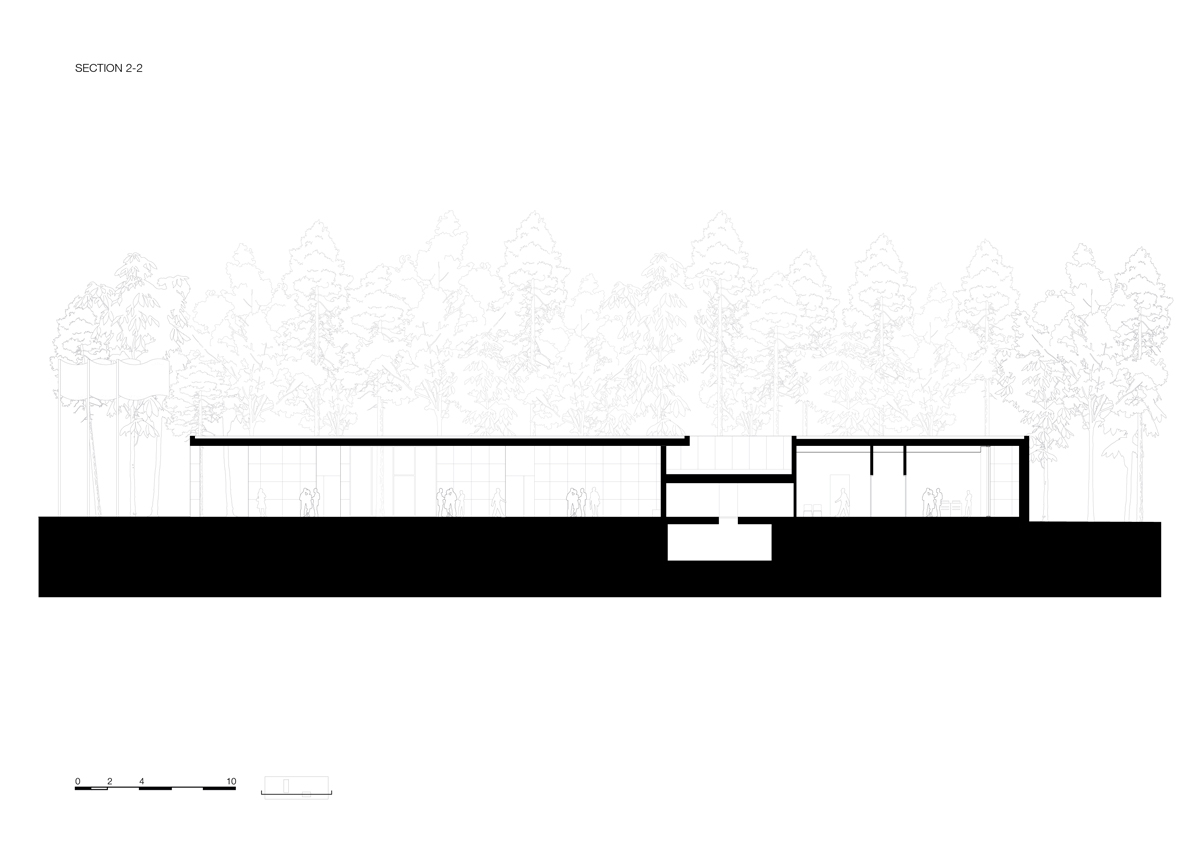 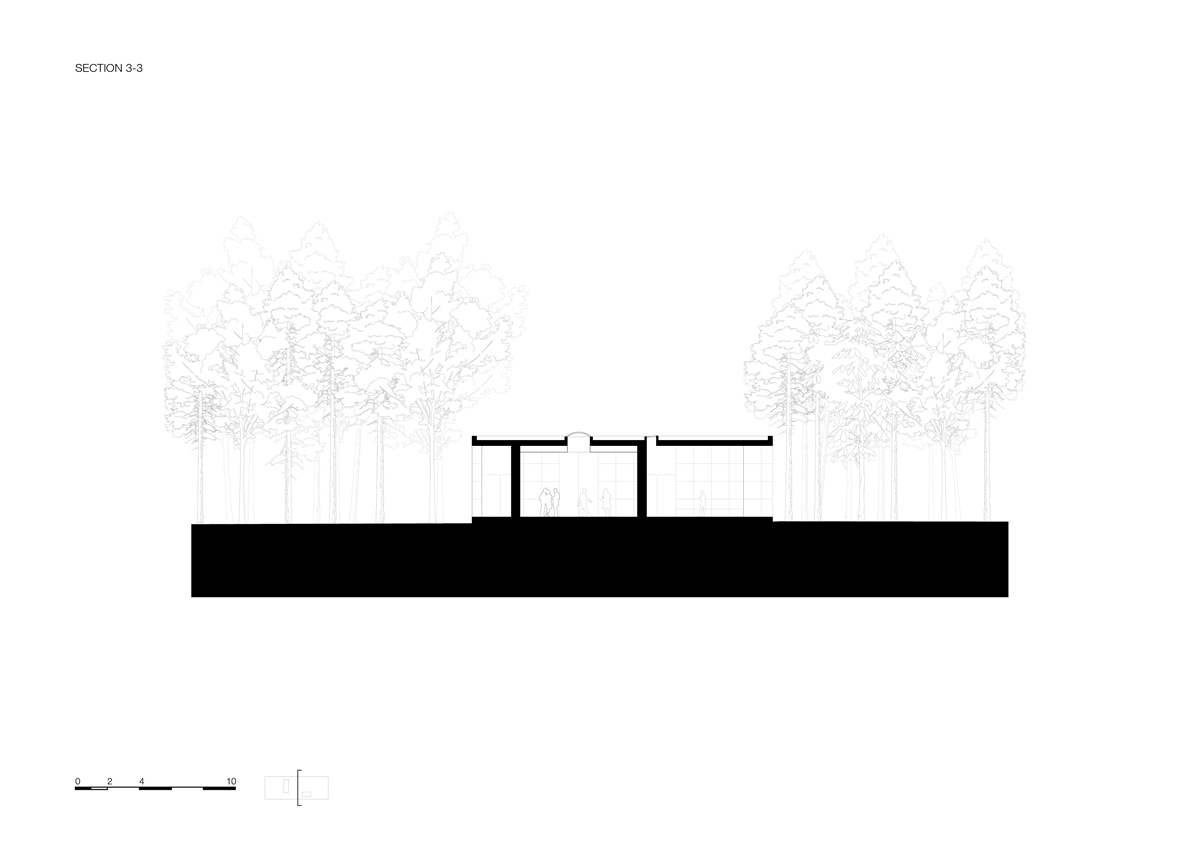 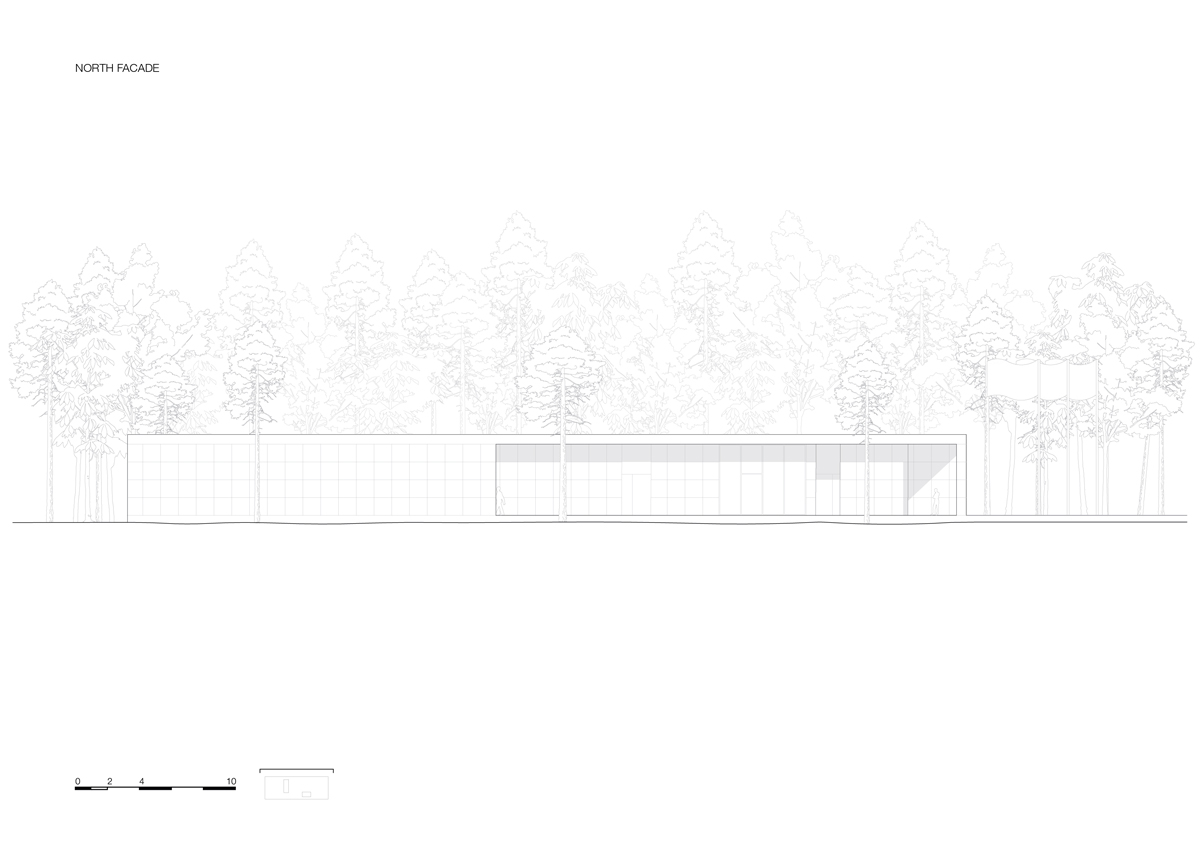 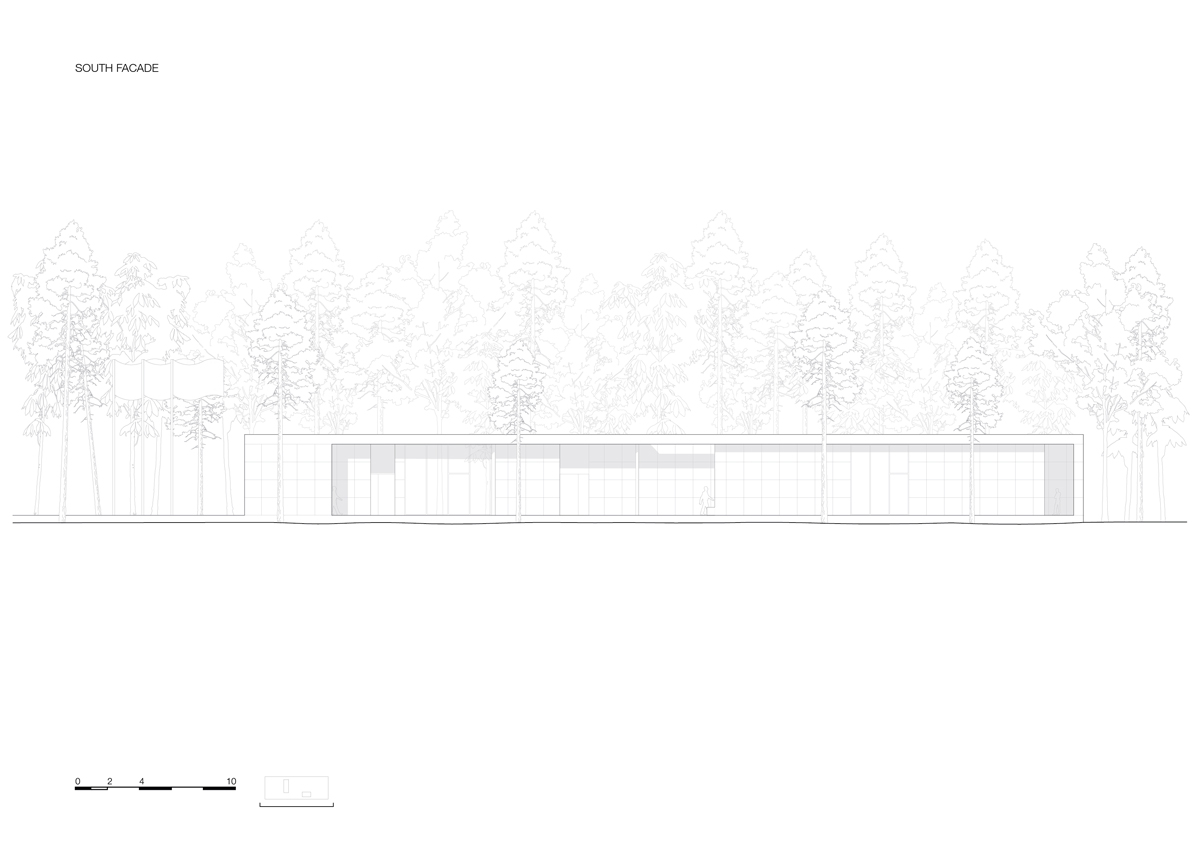 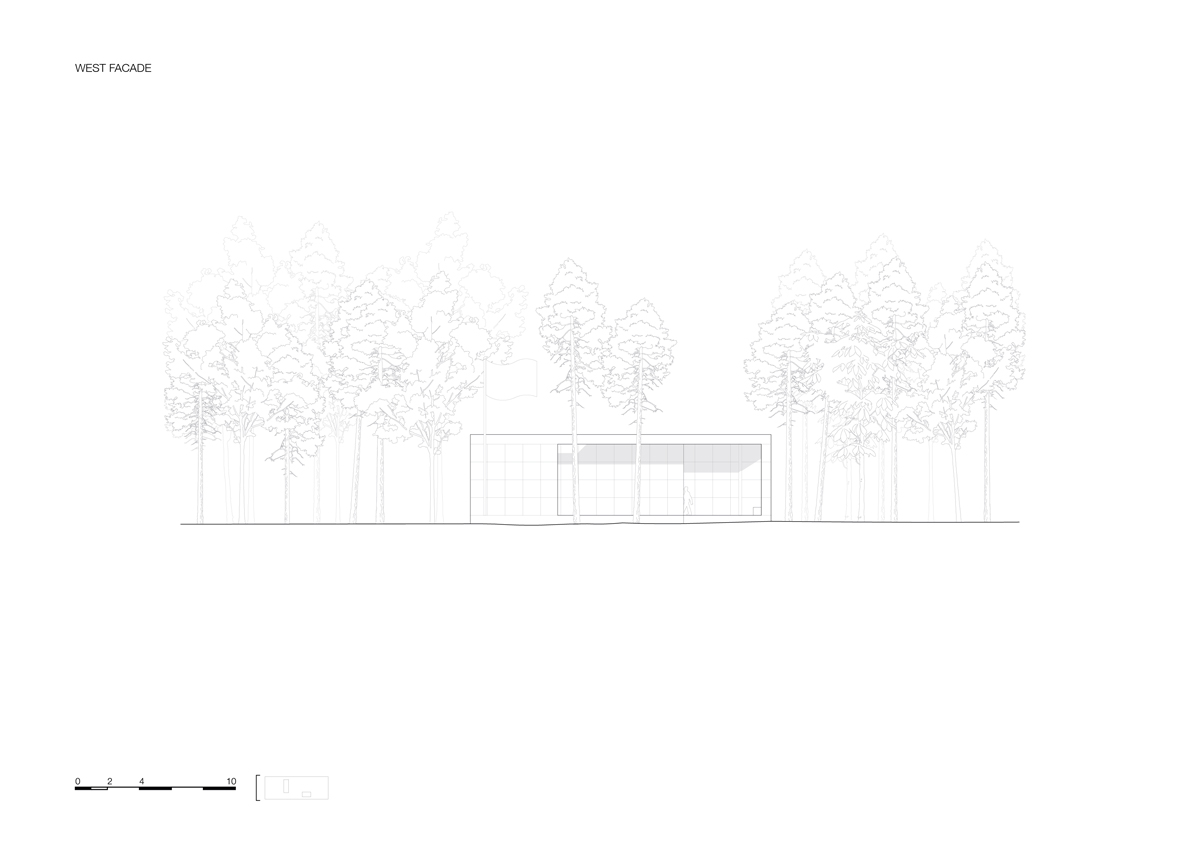 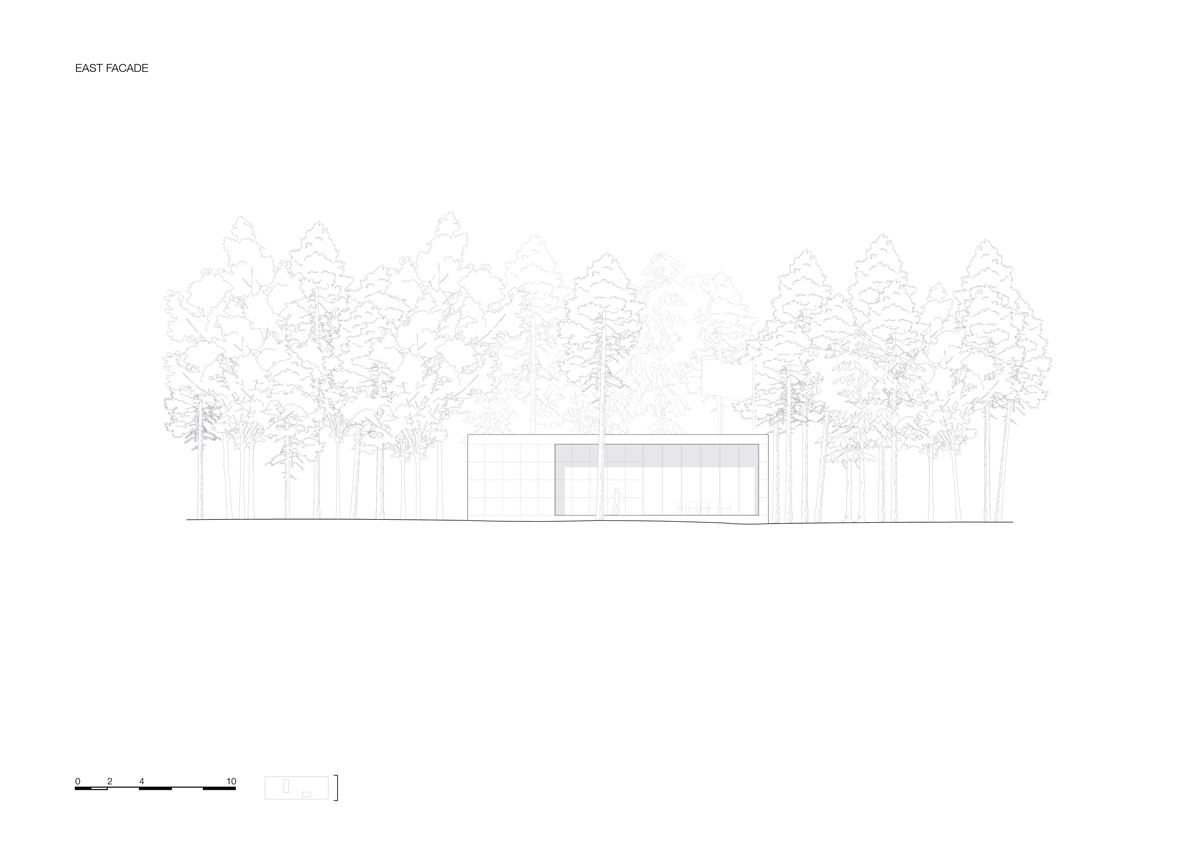 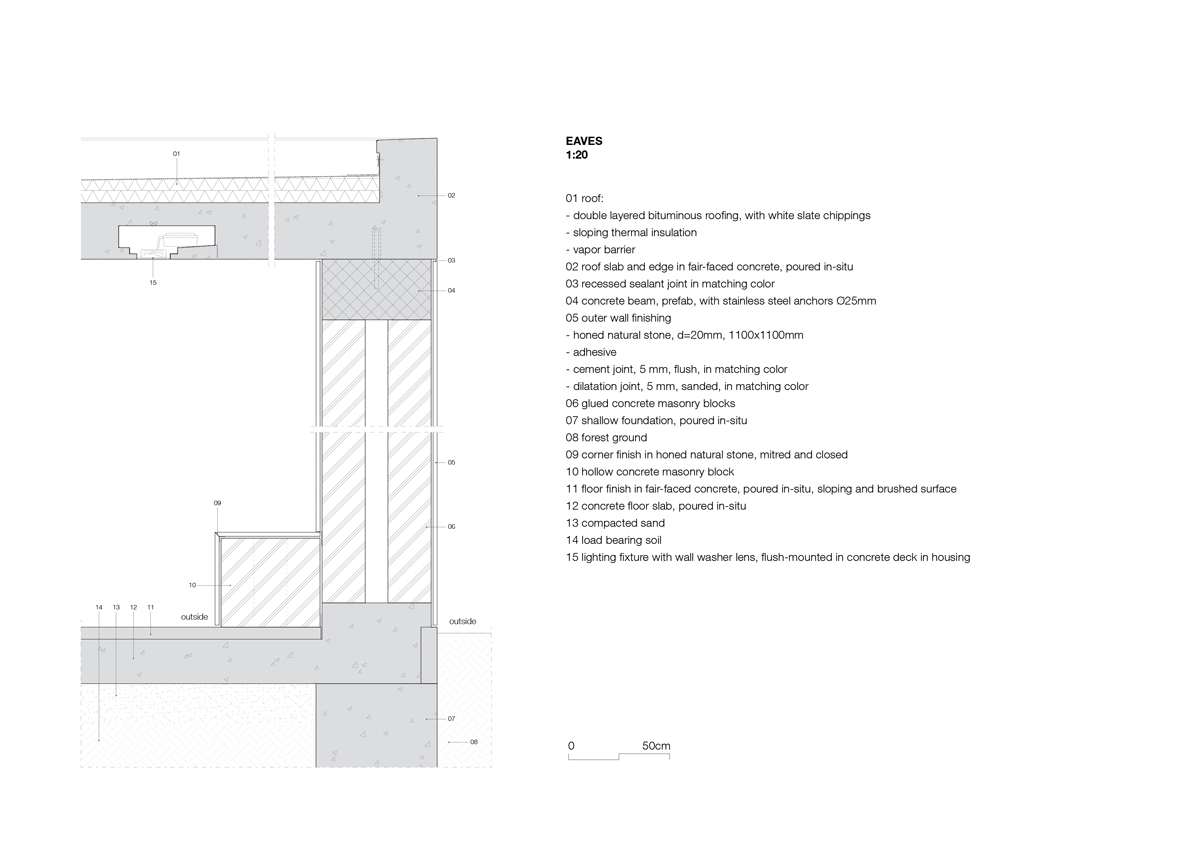 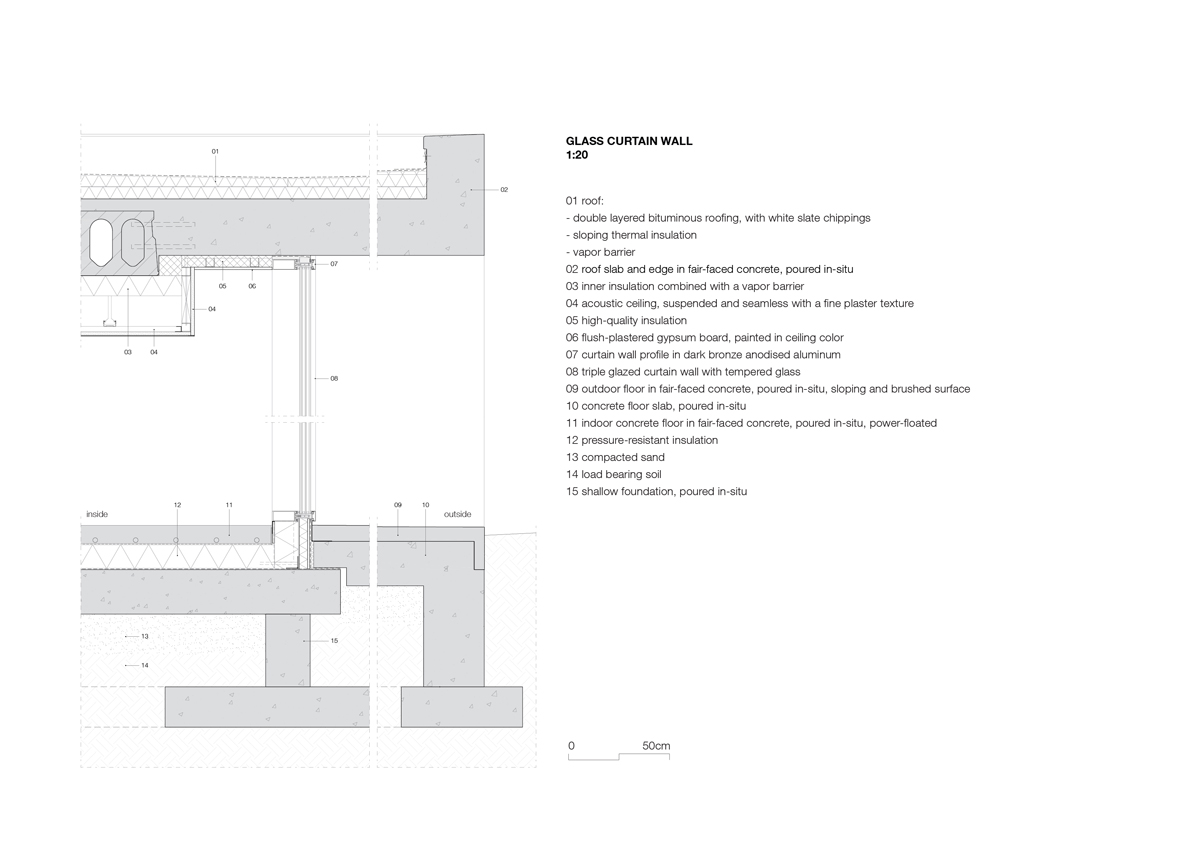 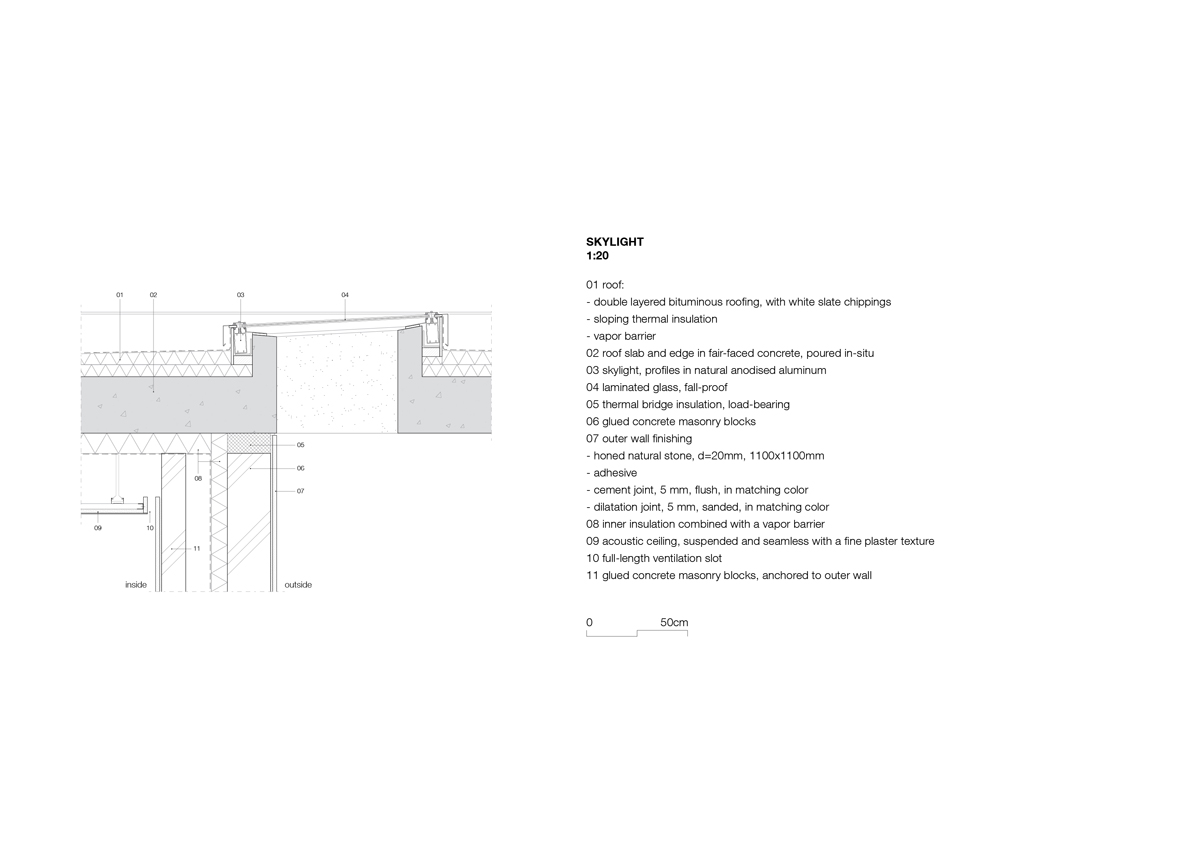