The new media library is set in the context of a richly abundant built heritage and landscape. It is located in the town of Pélissanne in Provence, formerly a fortified town, which has preserved a large number of town houses of great heritage value. One of these is Maureau House in the heart of the town, together with its park, which are now home to the media library.

The positioning of the media library respects the integrity of the park and the house. It sets up a dialogue between two eras, two dimensions, by opposing the verticality of the volume of the house with the horizontality of the extension. The building is both functional and unique in its visual expression.

The spatial structure of the enfilade of rooms inside Maureau House has been retained; the internal organisation of the media library extension is straightforward and uncluttered. The areas that need to be decompartmentalised are in the western part of the building, a distribution that preserves the integrity of the reception rooms of the eastern part, which have been carefully restored.
The extension deploys two floors of vast extremely flexible areas for consulting documentation. Applying a system of staggered rows to the space gives the media library a number of very different ambiences. While the ground floor opens wide onto Maureau Park and allows readers to immerge themselves in the landscape, the first floor is closed off and more introverted, offering a completely different ambience by projecting the visitor into the branches of a majestic plane tree, whose presence is amplified by the building’s only curve. The garden also has a place within Maureau House, echoed in the deep green colour used specially for the refurbishment of its furniture, staircases, shutters and door canopy.

Following on from the programme for the media library, the town’s authorities subsequently commissioned the agency to convert a house and a public passage linking Moreau Park and the square in front of the town hall. This footpath provides an opportunity to offer new traffic routes, new non-motorised connections within the town. The floors and windows were taken out of the house – only one door has been preserved – and part of the roof replaced with glass tiles to provide a bright place that opens onto the vegetation in the Park. 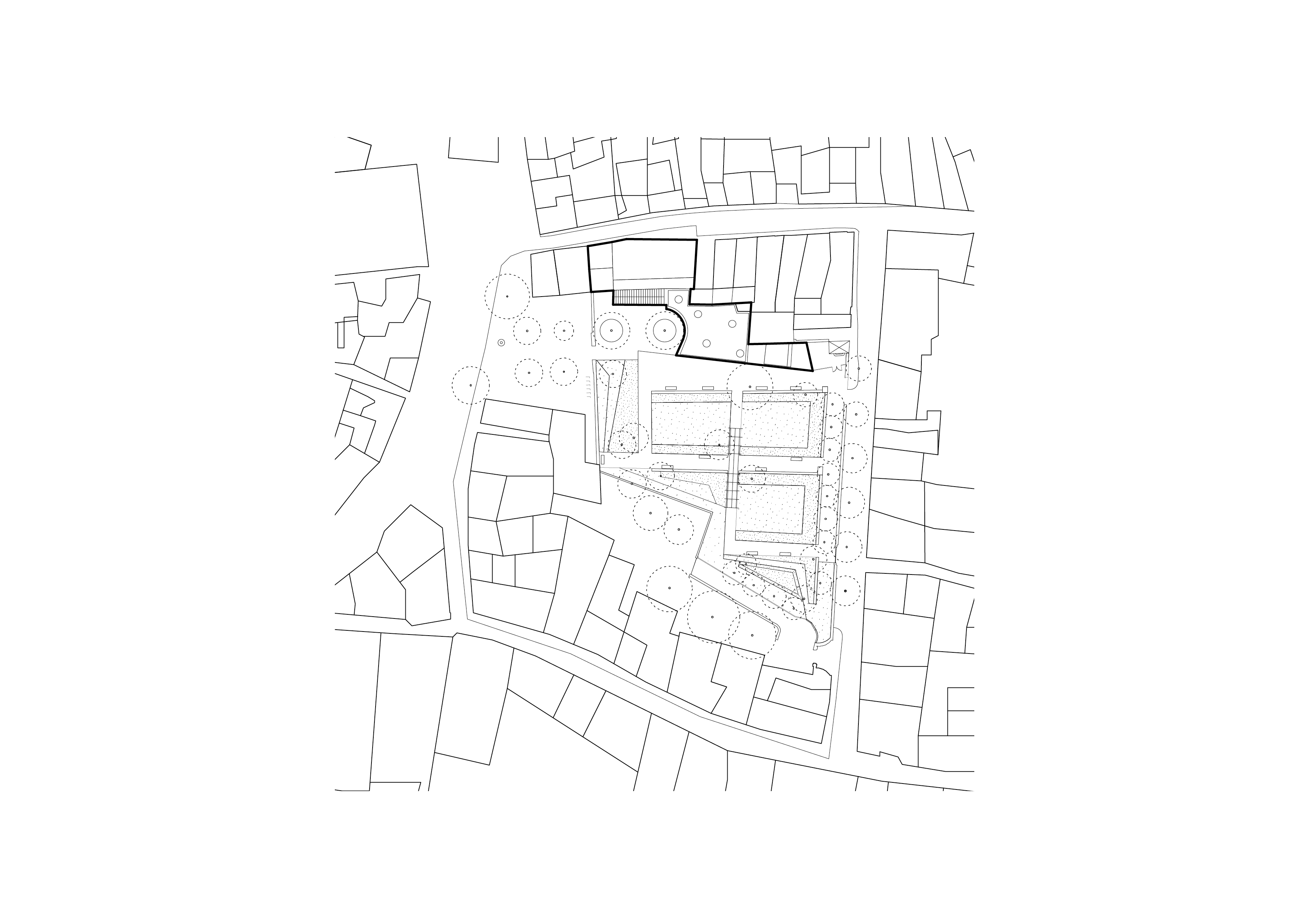 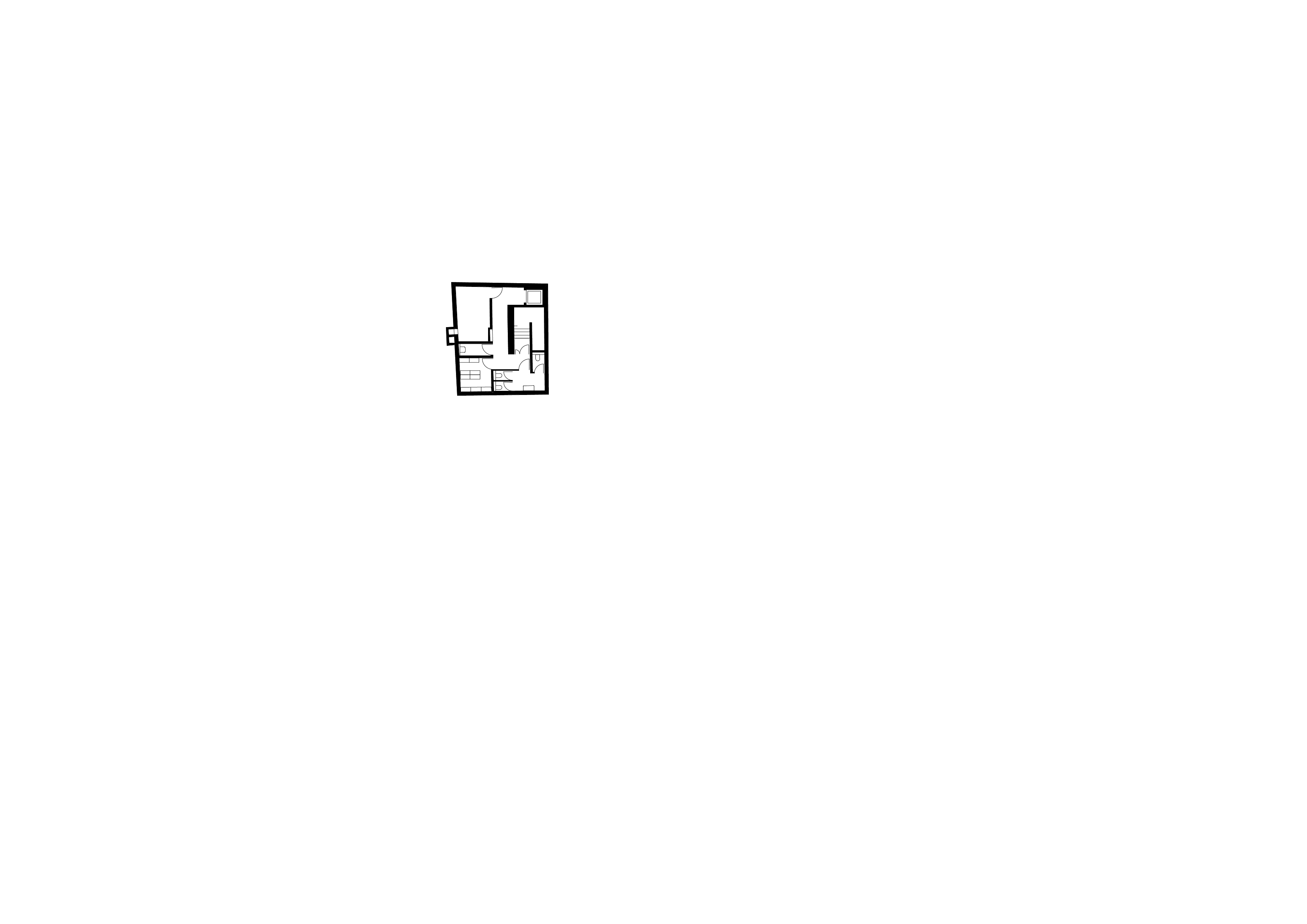 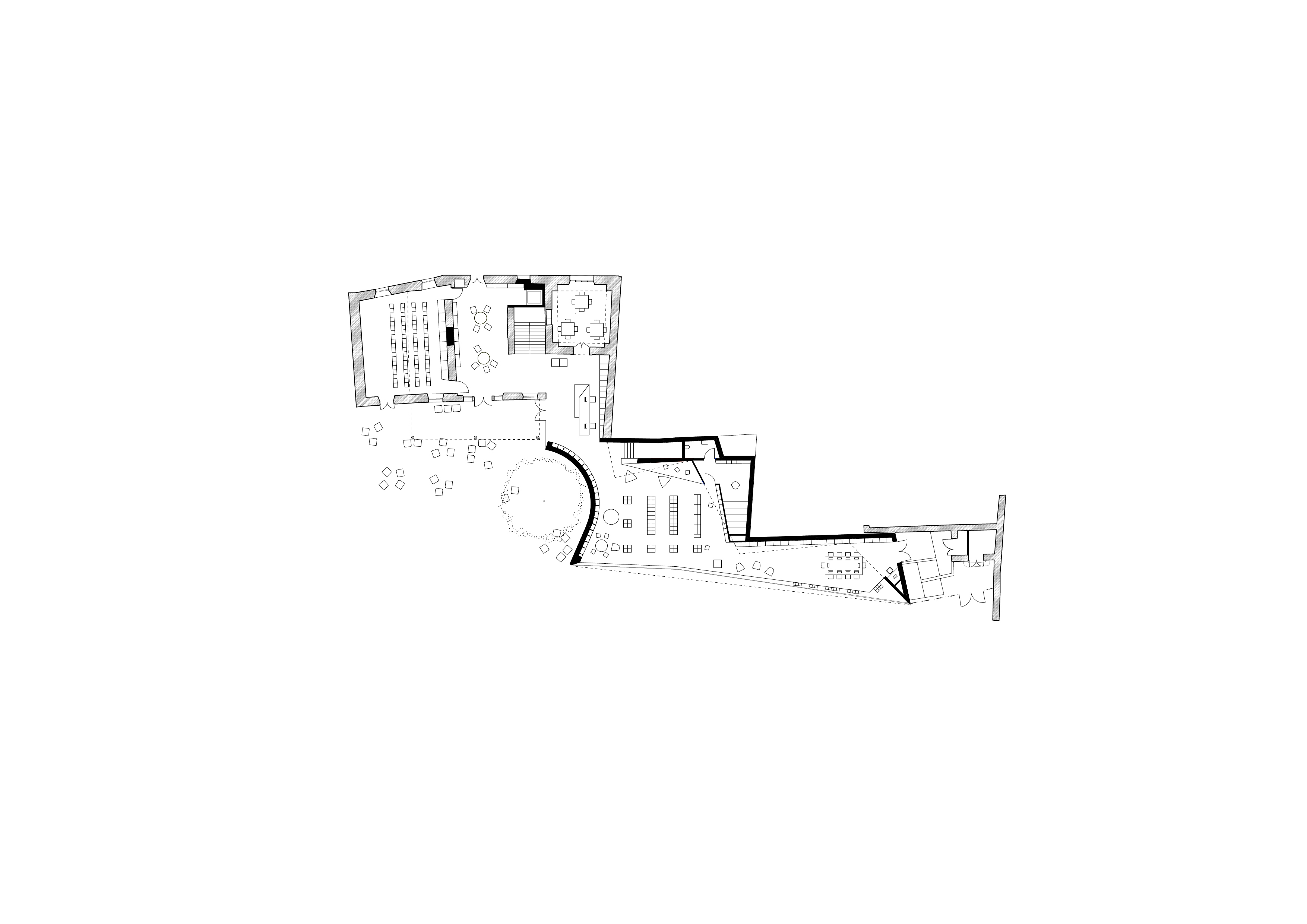 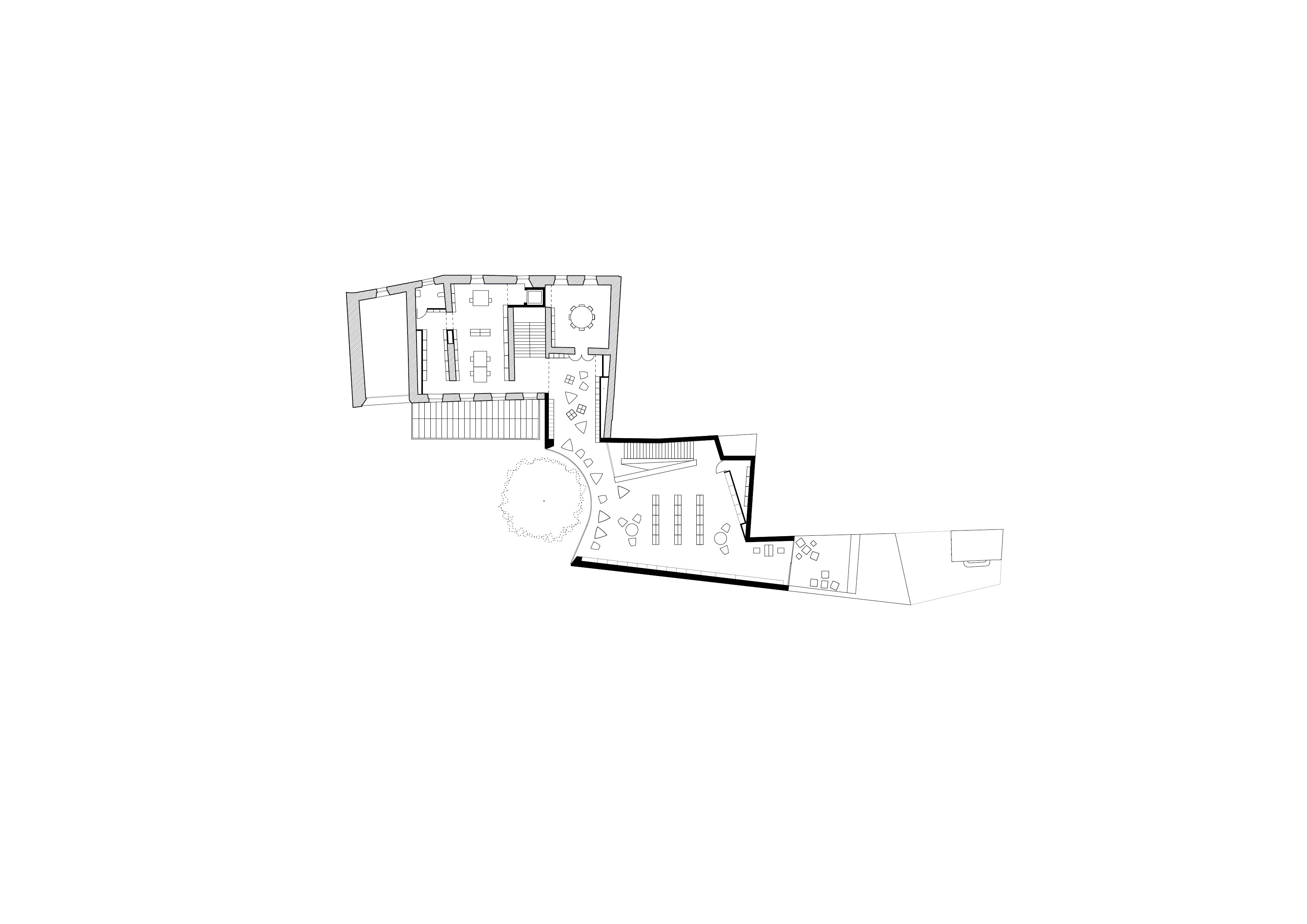 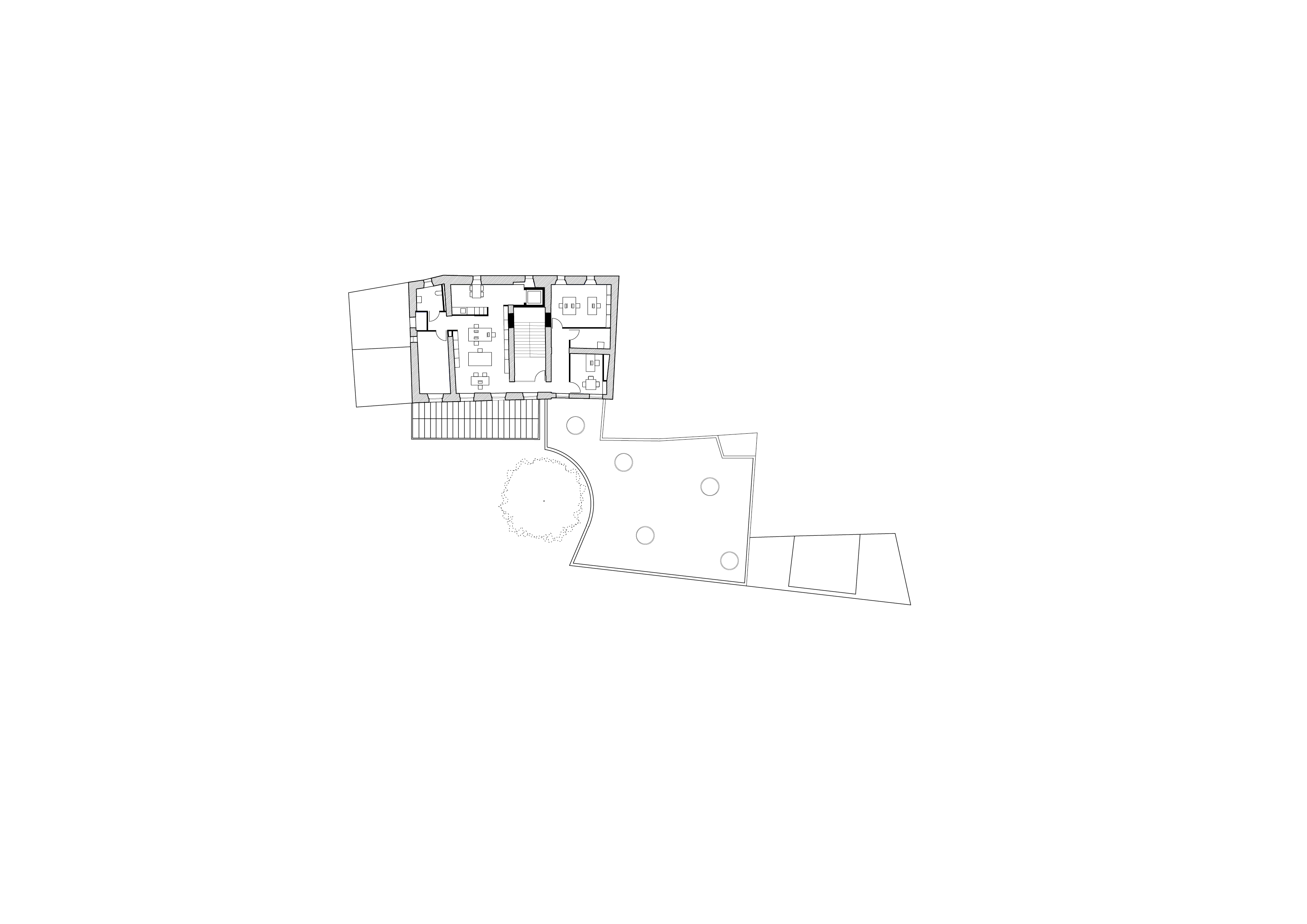 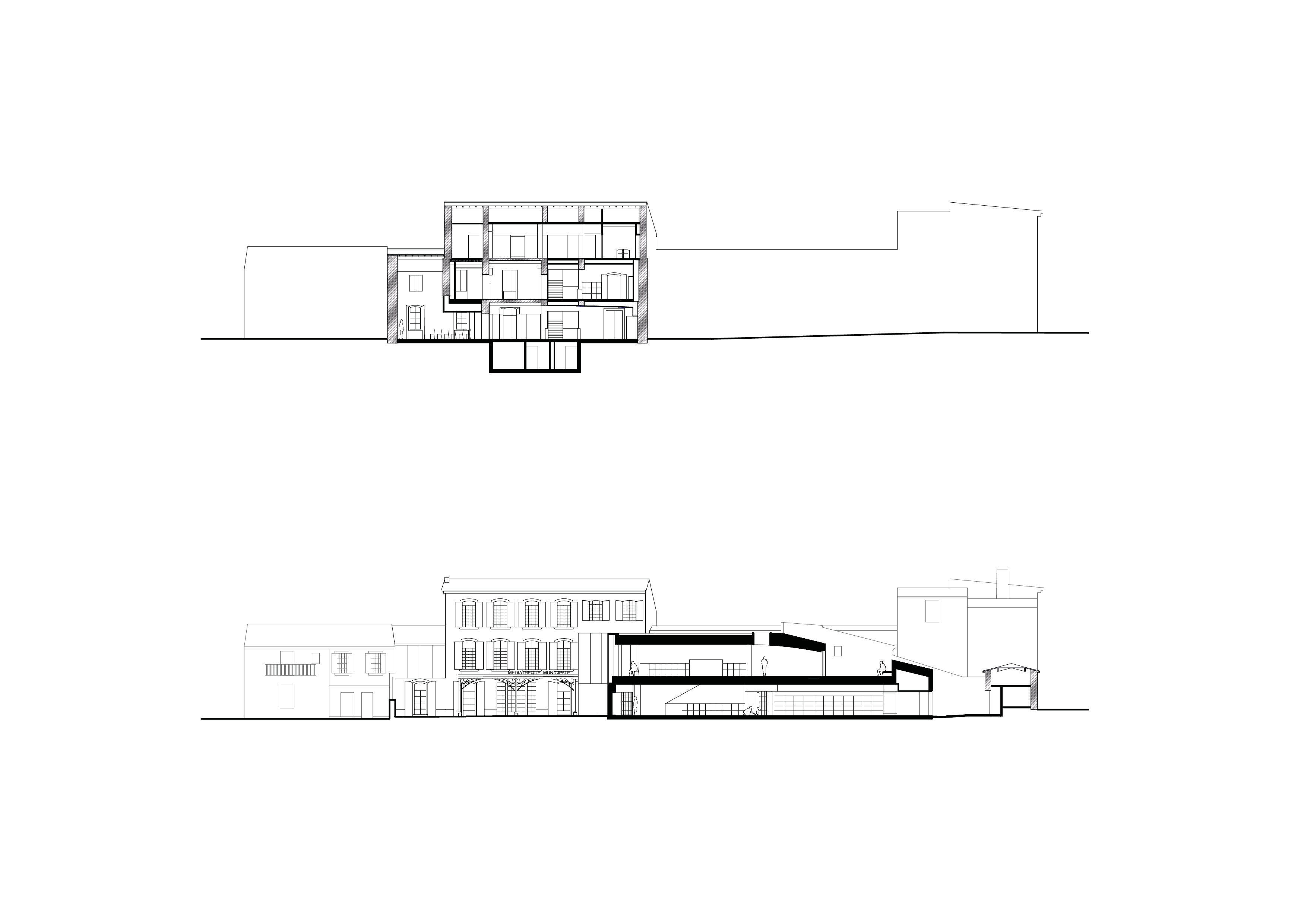 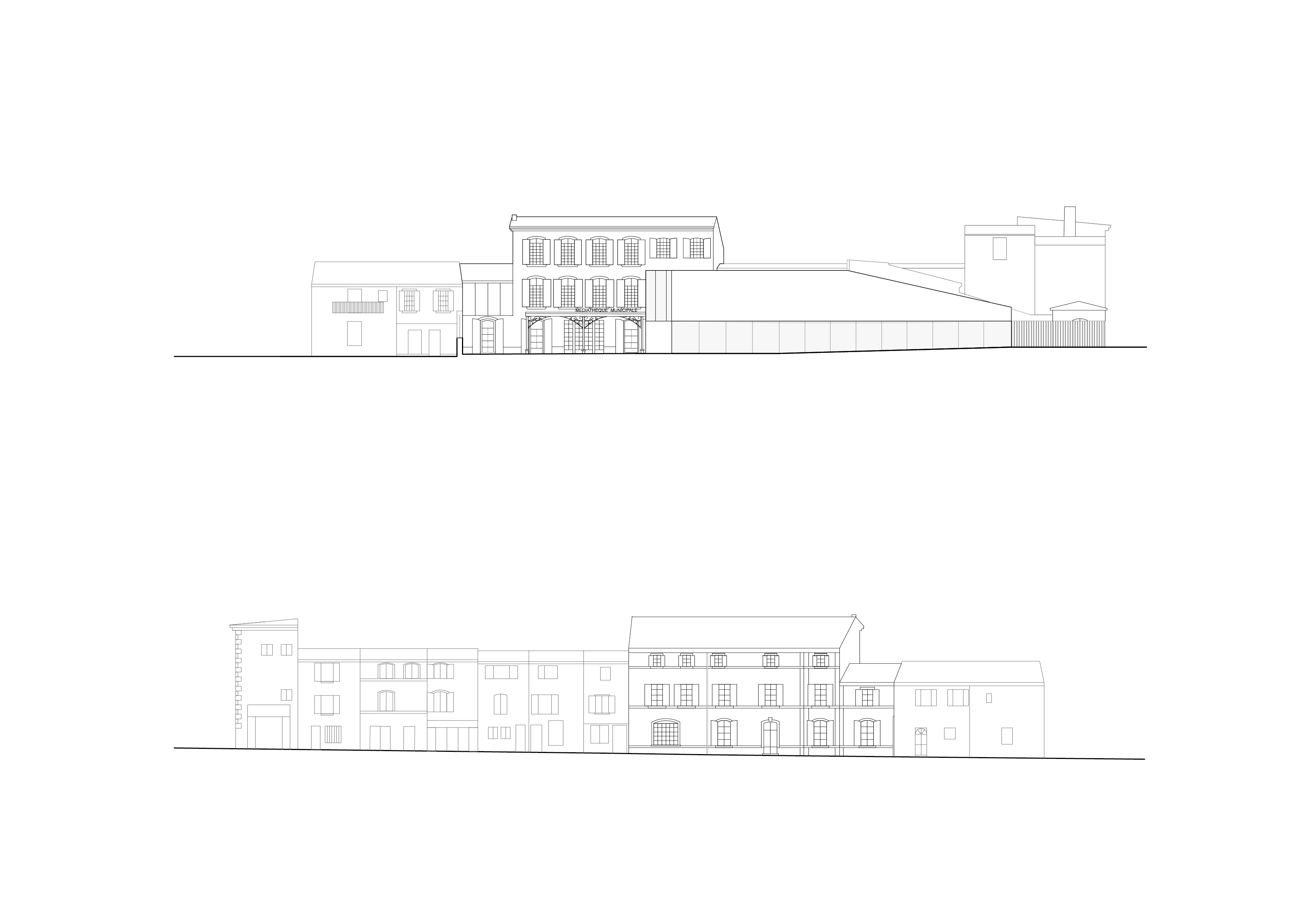 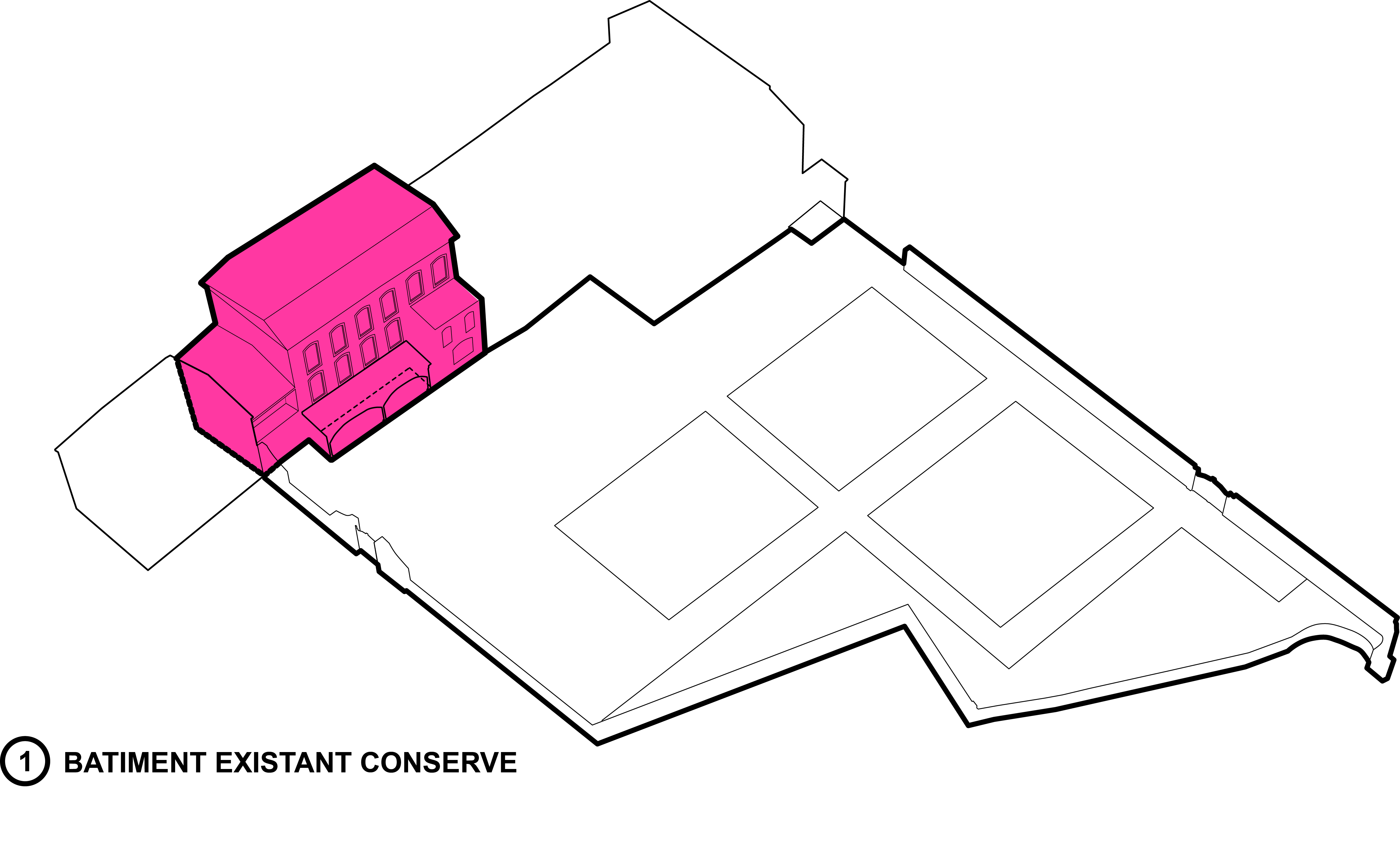 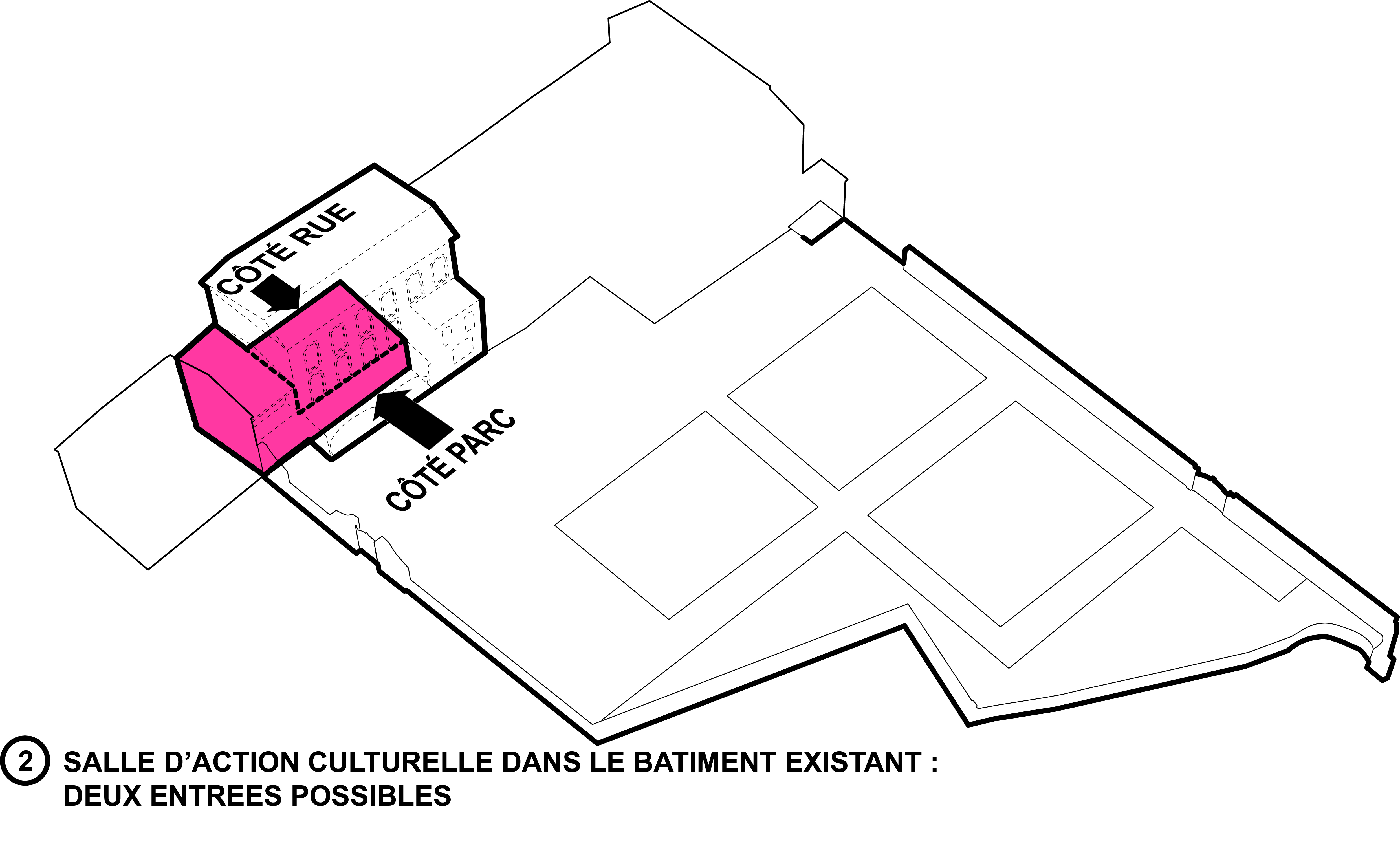 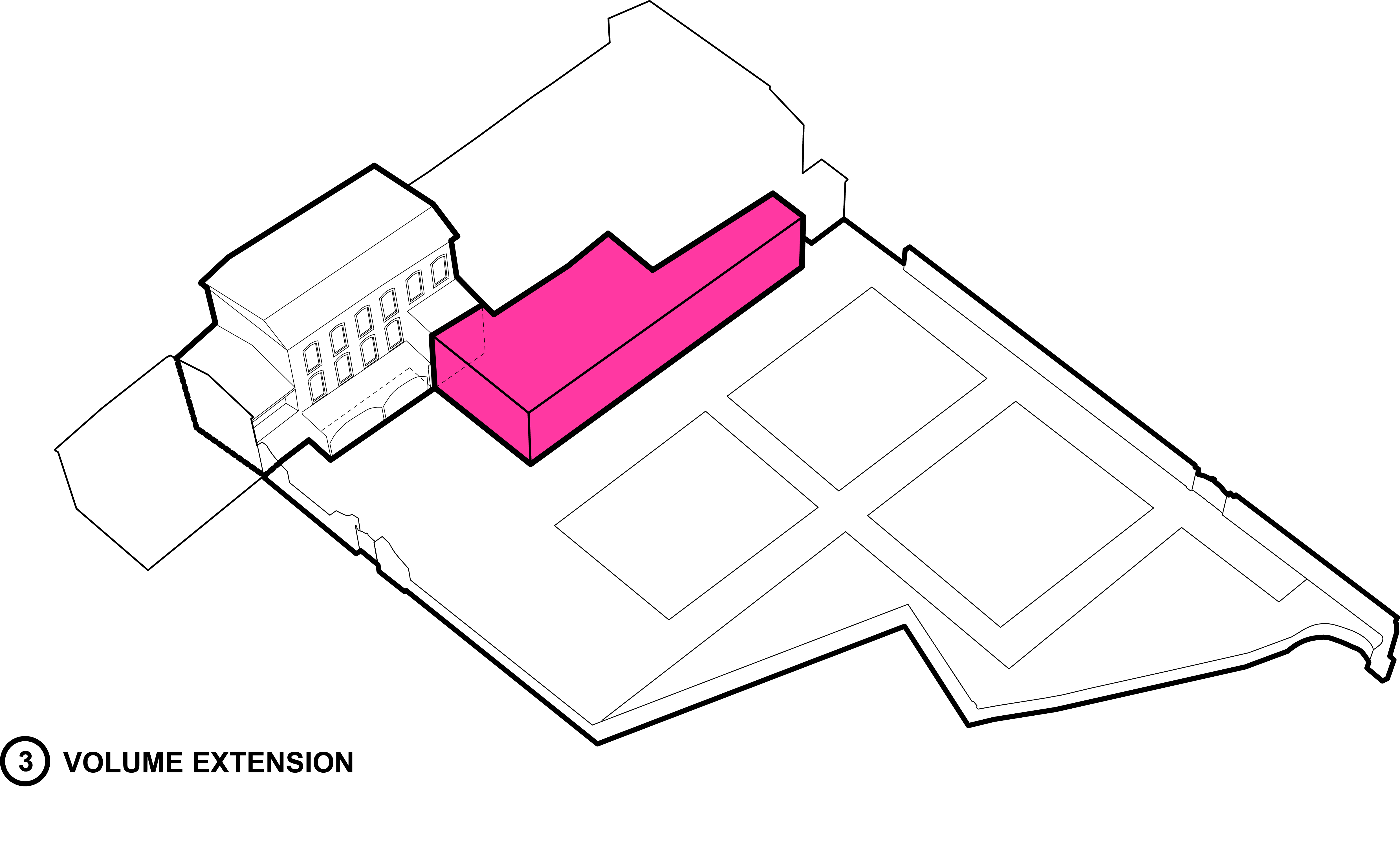 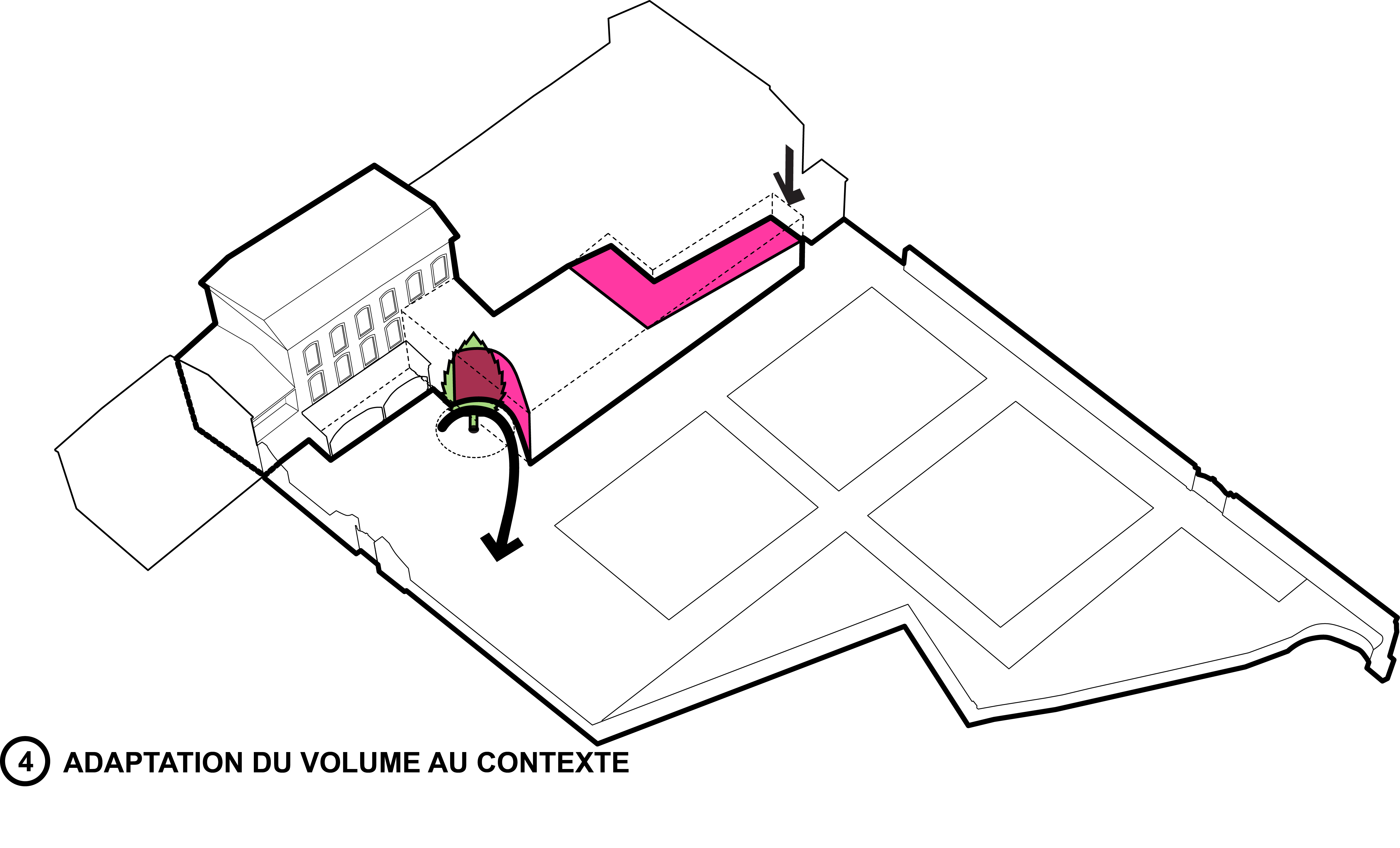 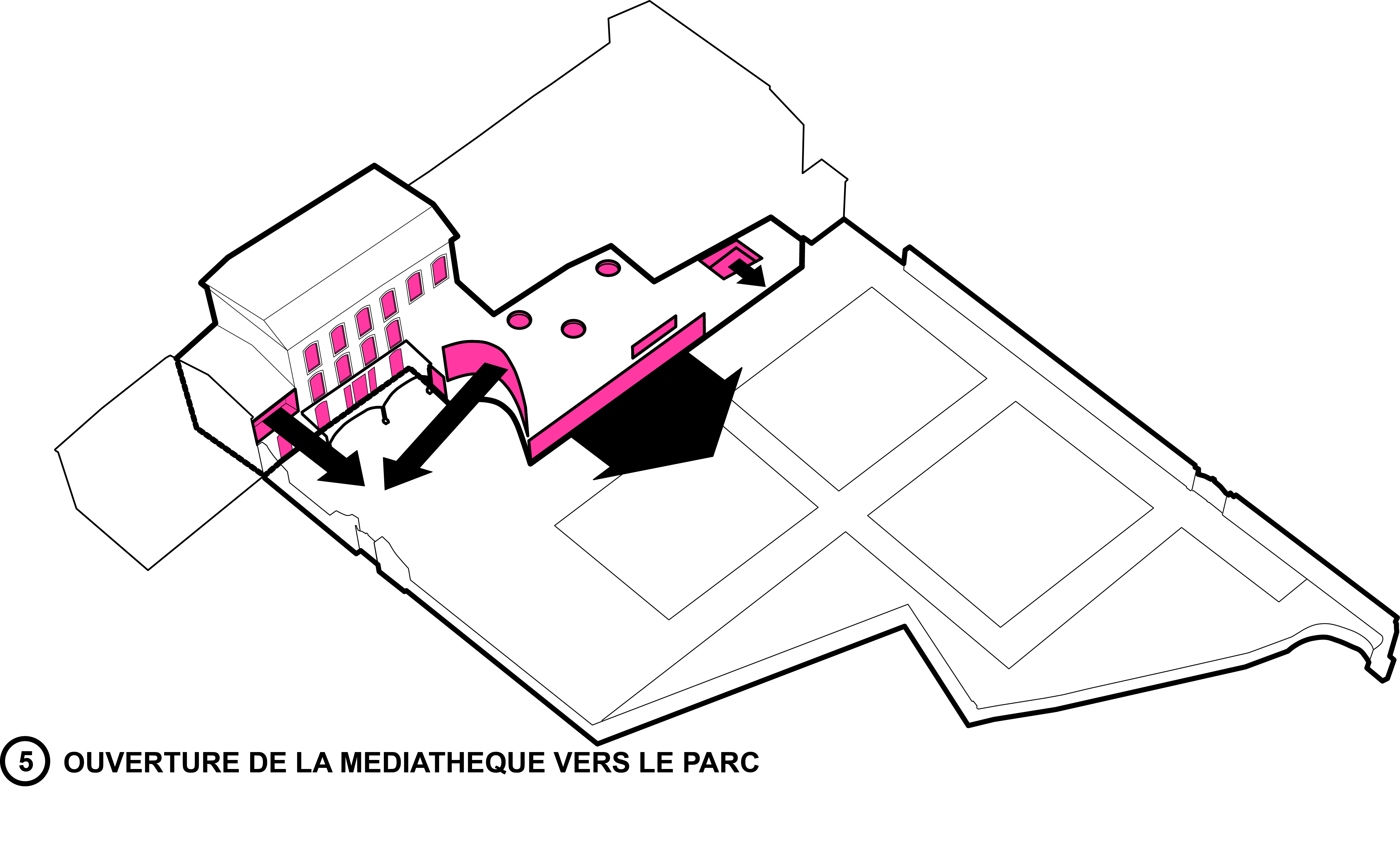 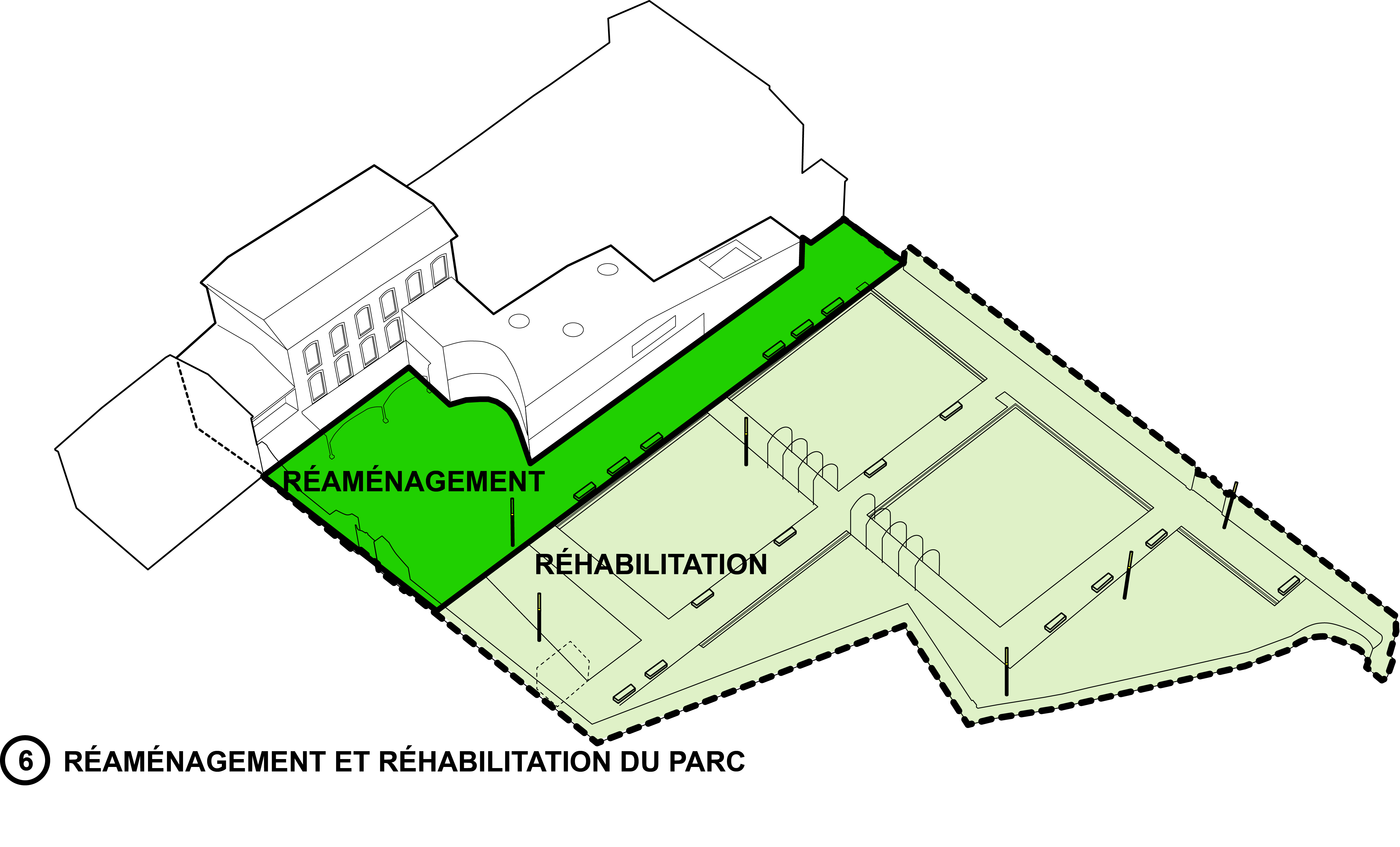