Ca’dal Mantova stands on two adjoining grounds (4125 and 5112) owned already by the client’s family in the core area of Prosito. An ancient building and a stable stood on the parcels, the first dating back to the mid-1400s, divided in half between the two parcels, already partially altered during the 1970s; the second dating back to the early 1900s, practically unaltered.
The awareness, strongly shared with the client, that these rural pre-existences had undoubted spatial and identity qualities immediately became the main idea of the project.
Instead of predicting their demolition, it was decided to transform and extend existing buildings in order to transform them into a single-family home.
The new building therefore results from the rethinking and aggregation of two existing buildings with the addition of a new volume that proposes proportions and dimensions similar to the existing stables.
In the central body, on the ground floor of the ancient building, there is the entrance and the kitchen (central core of the whole house) in spatial and visual relationship with the living room above.
Two double heights suggest the totality of this volume.
In the adjoining body resulting from the transformation of the stable, connected by a passage to the intermediate floor, there are the rooms and the vertical circulation of the house.
The latter distributes the upper floor and then to the children’s bedrooms and the living room and lower floor where the wellness area and study are located.
The «sliding» towards the central body of the second stable located further downstream, creates an external courtyard from which the study, the wellness area and the master bedroom take advantage. This space acts as a filter towards the neighboring buildings and guarantees greater privacy to these spaces by acting as a mineral «backdrop».
The new building, adjacent but upstream of the central one, creates the connection between the road (garage level) and the main level and becomes its access and covered outdoor space. It also houses the technical spaces, the laundry room and the cellar.

The design in close contact with the client has allowed us to push the use of reinforced concrete to the extreme by exploiting its static, aesthetic and physical qualities.
From a constructive point of view, it acts as a consolidant where pre-existences required it and as a substitute for the use of stone in the new parts of the building. In this way, the ancient buildings, externally, have remained unaltered in exposed stone or partially plastered, while the new interventions in concrete are read.
Internally, the use of a single material for floors, walls, ceilings and part of the fixed furniture elements, together with the wood also recovered from the ancient larch beams of the oldest barn, contributed to the cohesion of the three-volume articulation.
The final thickness of the external envelope, defined by the overlap of the different layers (stone, insulation, concrete) is very important (around 100 cm) and has allowed to fully exploit its properties as regards the energy concept. The stone and concrete walls together with the slabs, heated through the mass activation principle, act as energy accumulators in order to give a high standard of internal climate comfort with, moreover, a natural predisposition to maintaining a cooler climate in the summer. 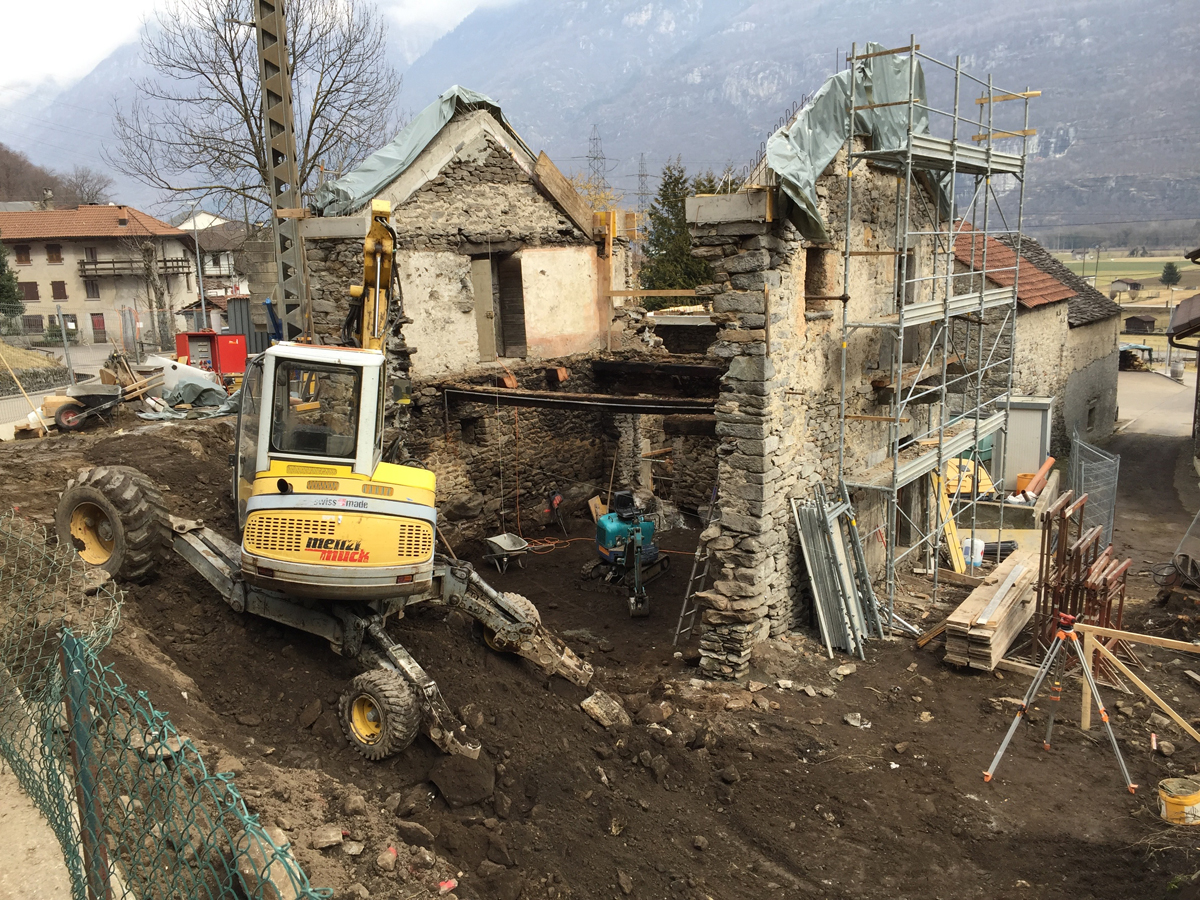 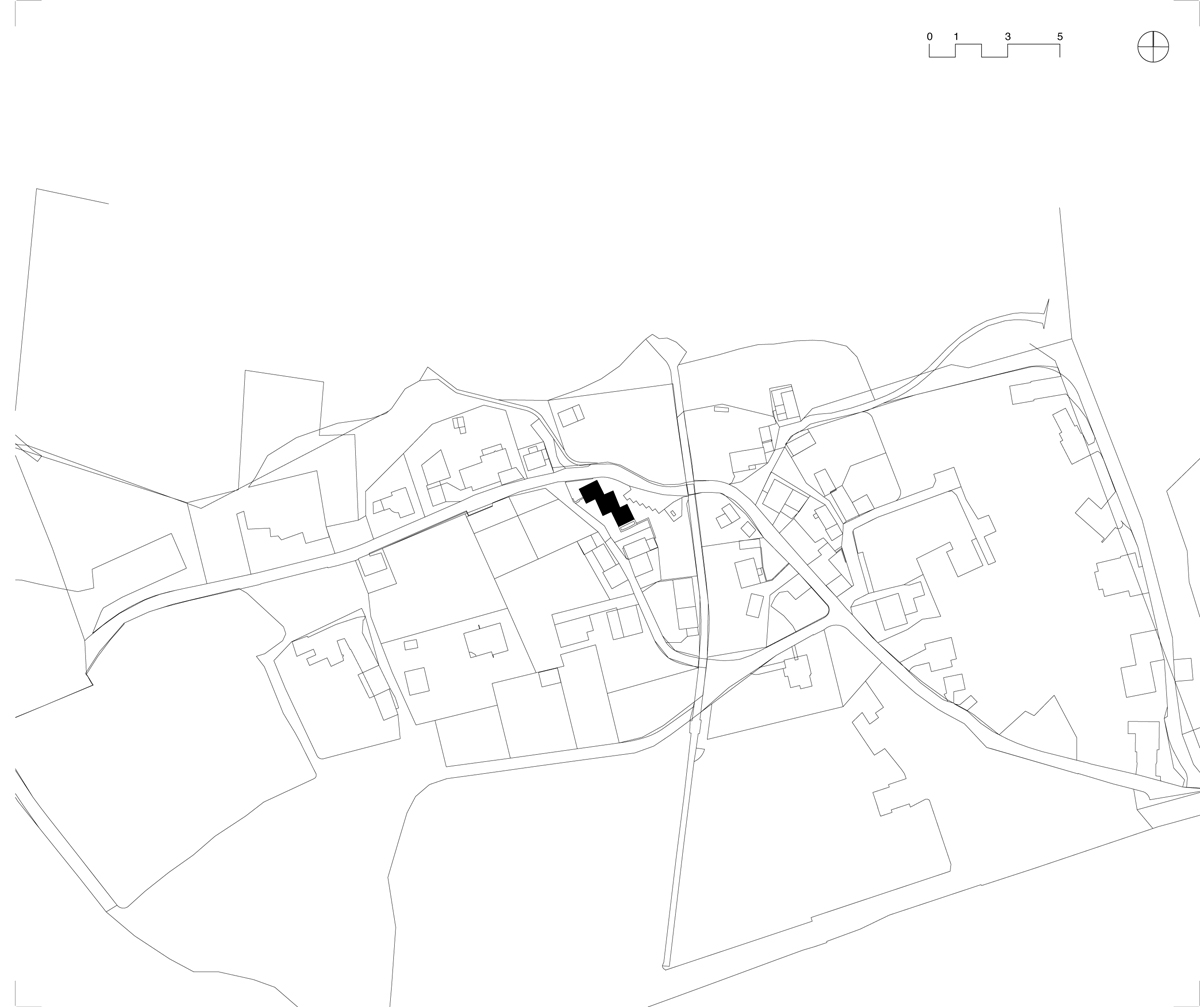 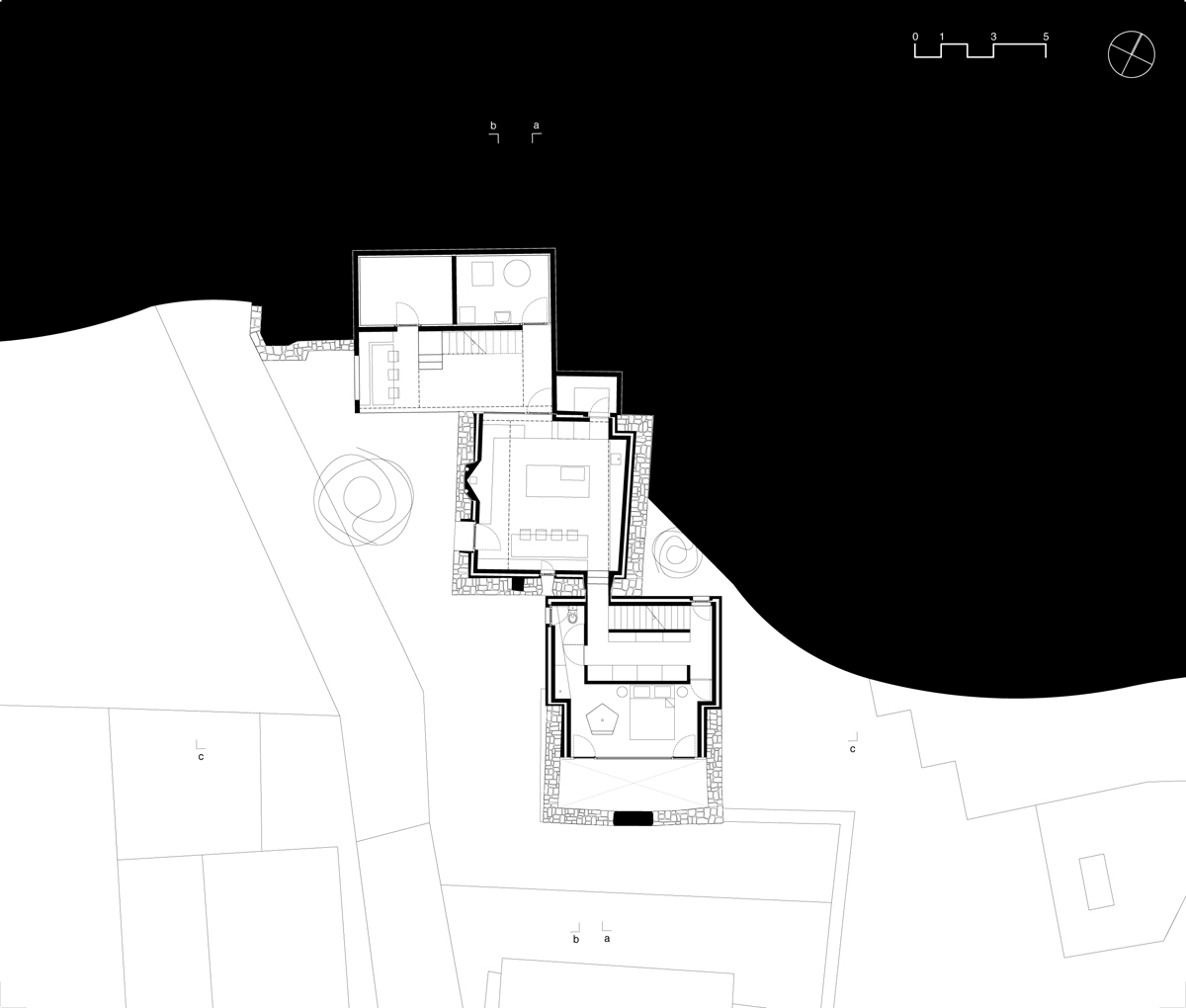 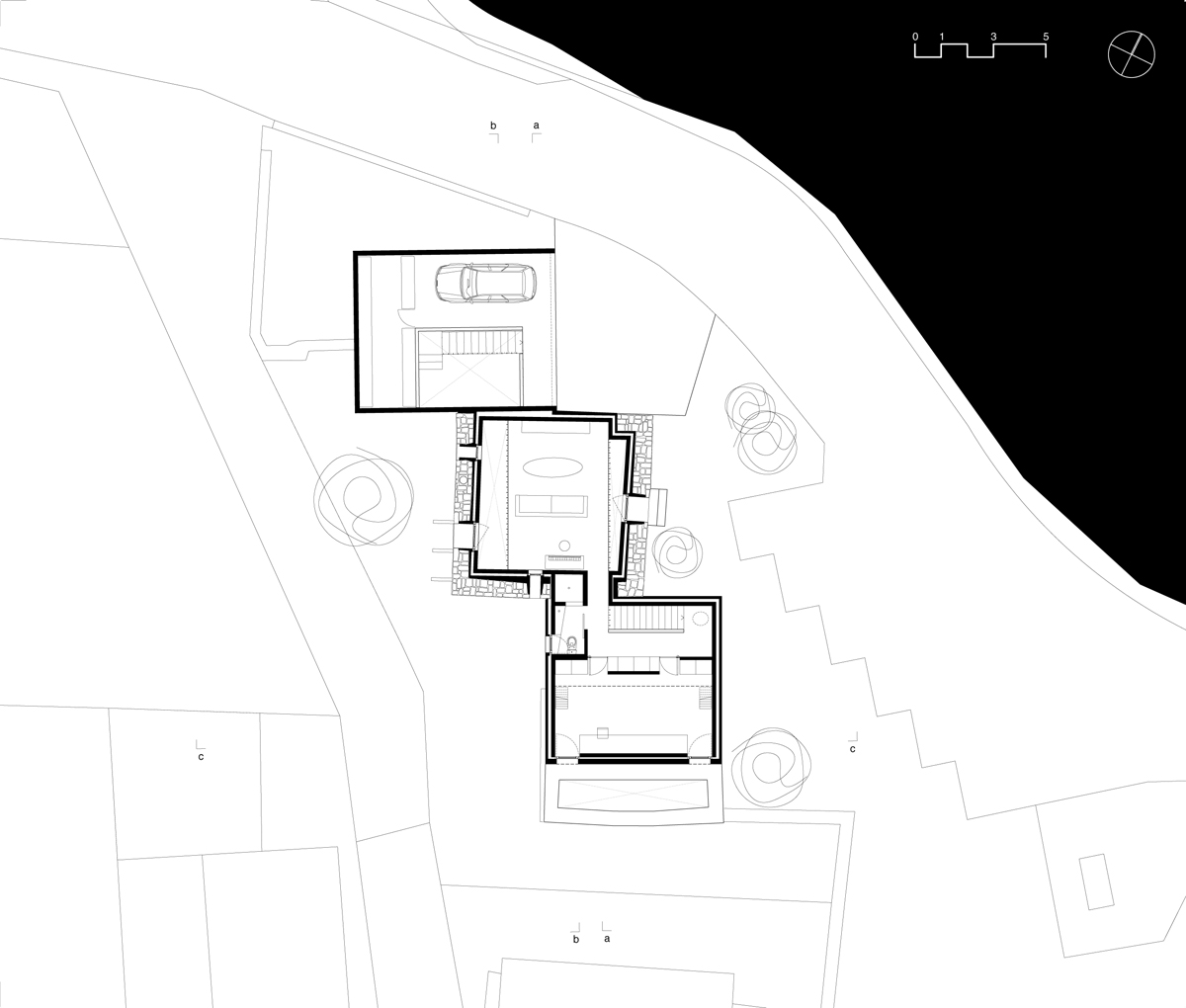 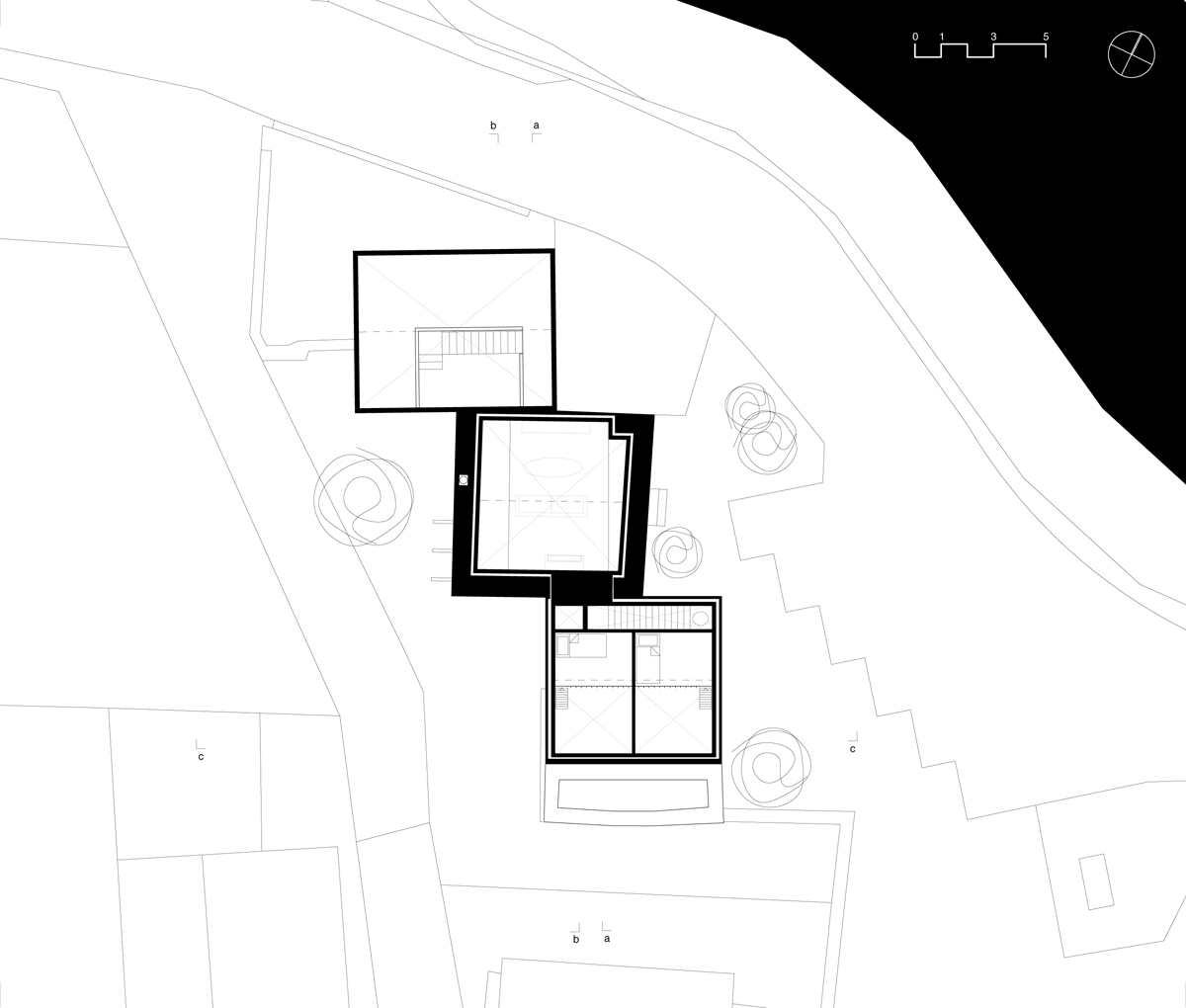 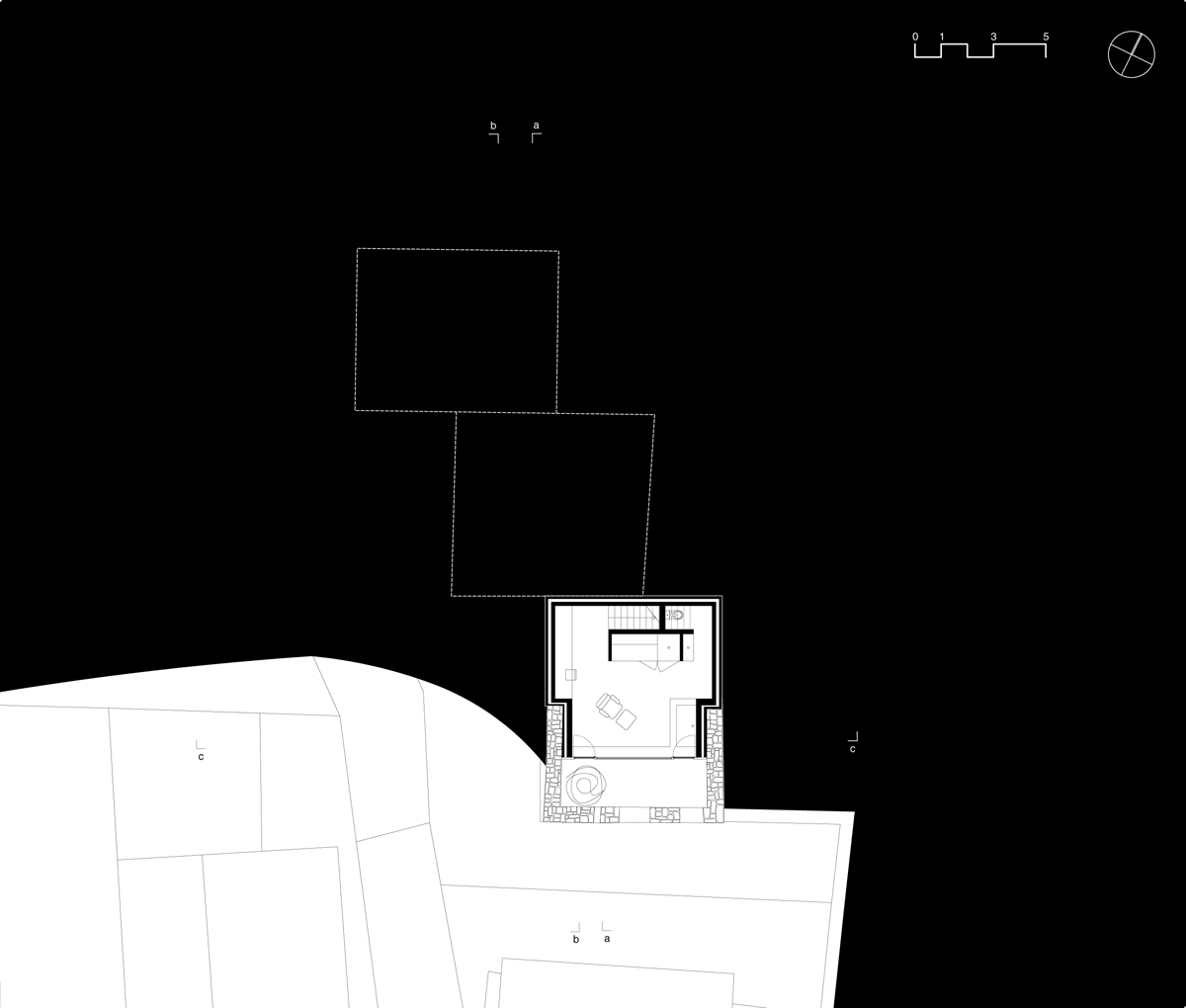 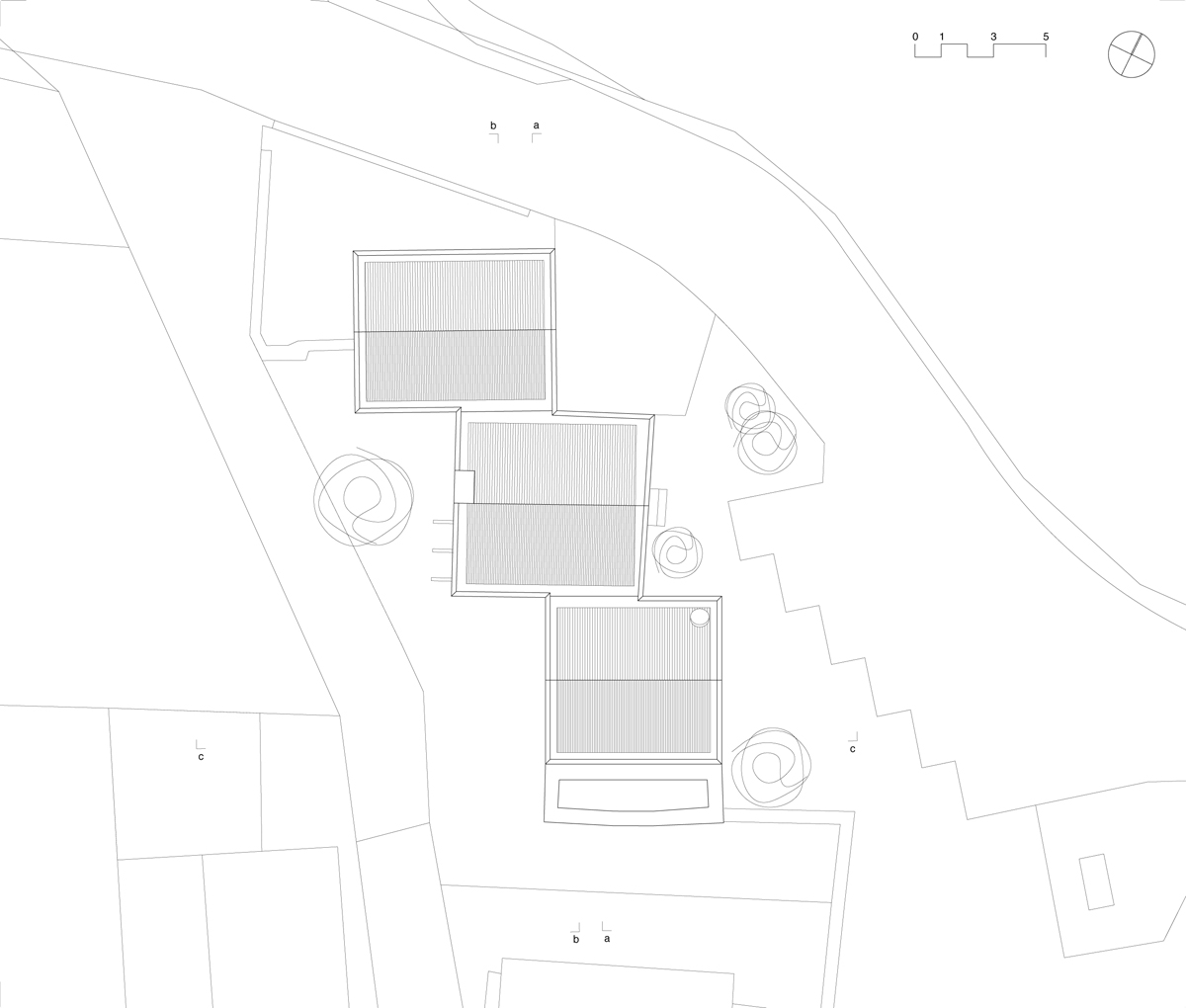 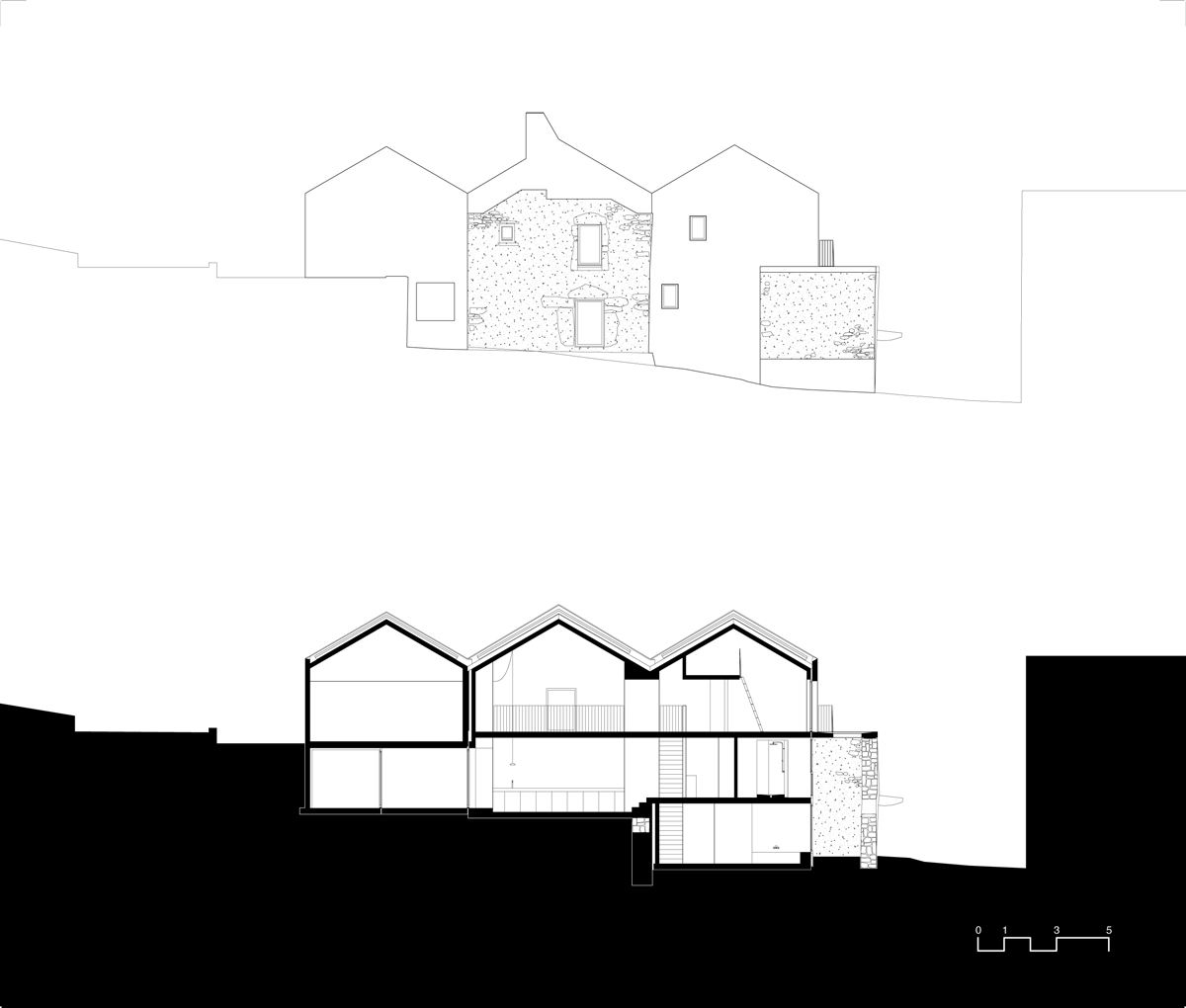 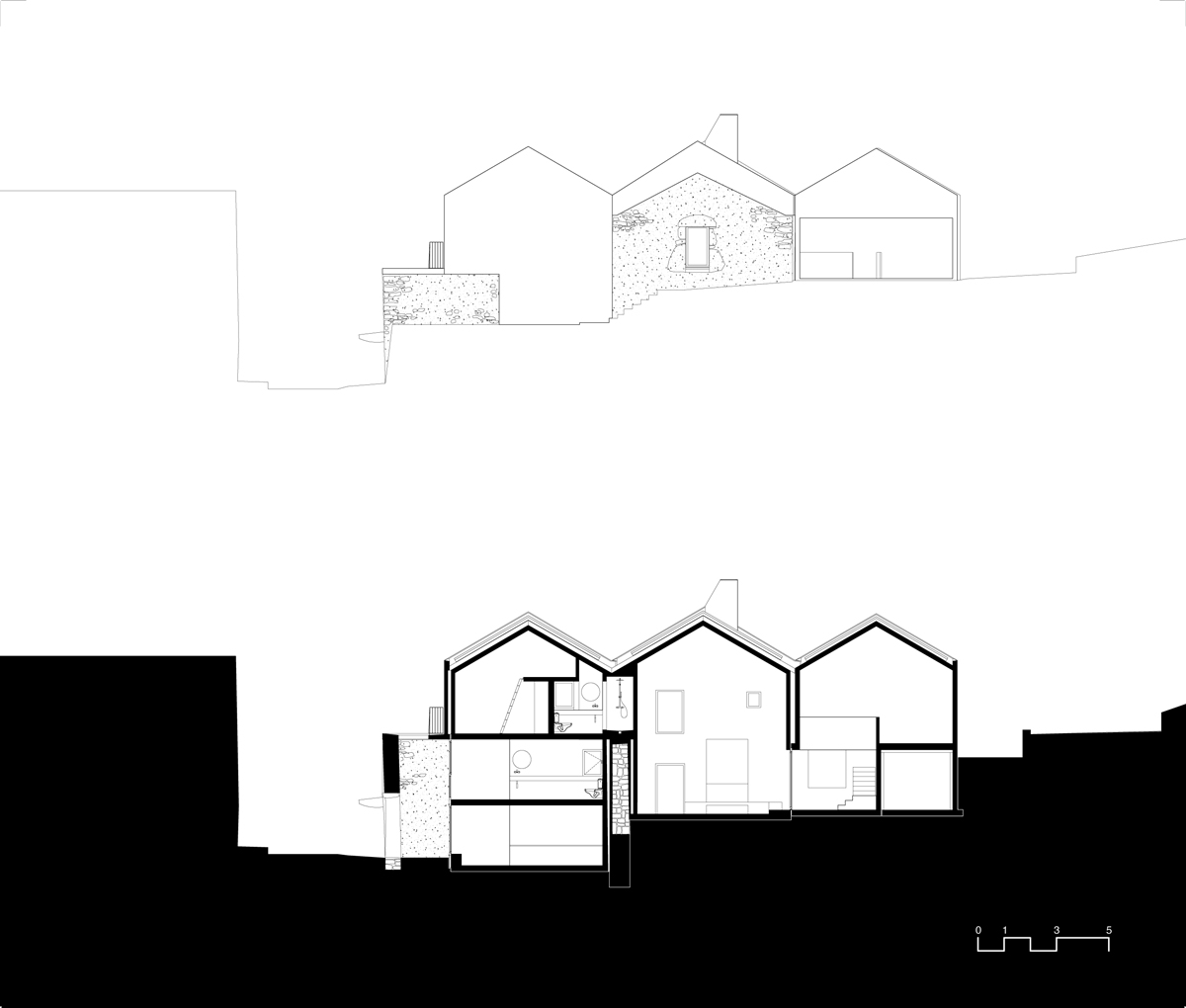 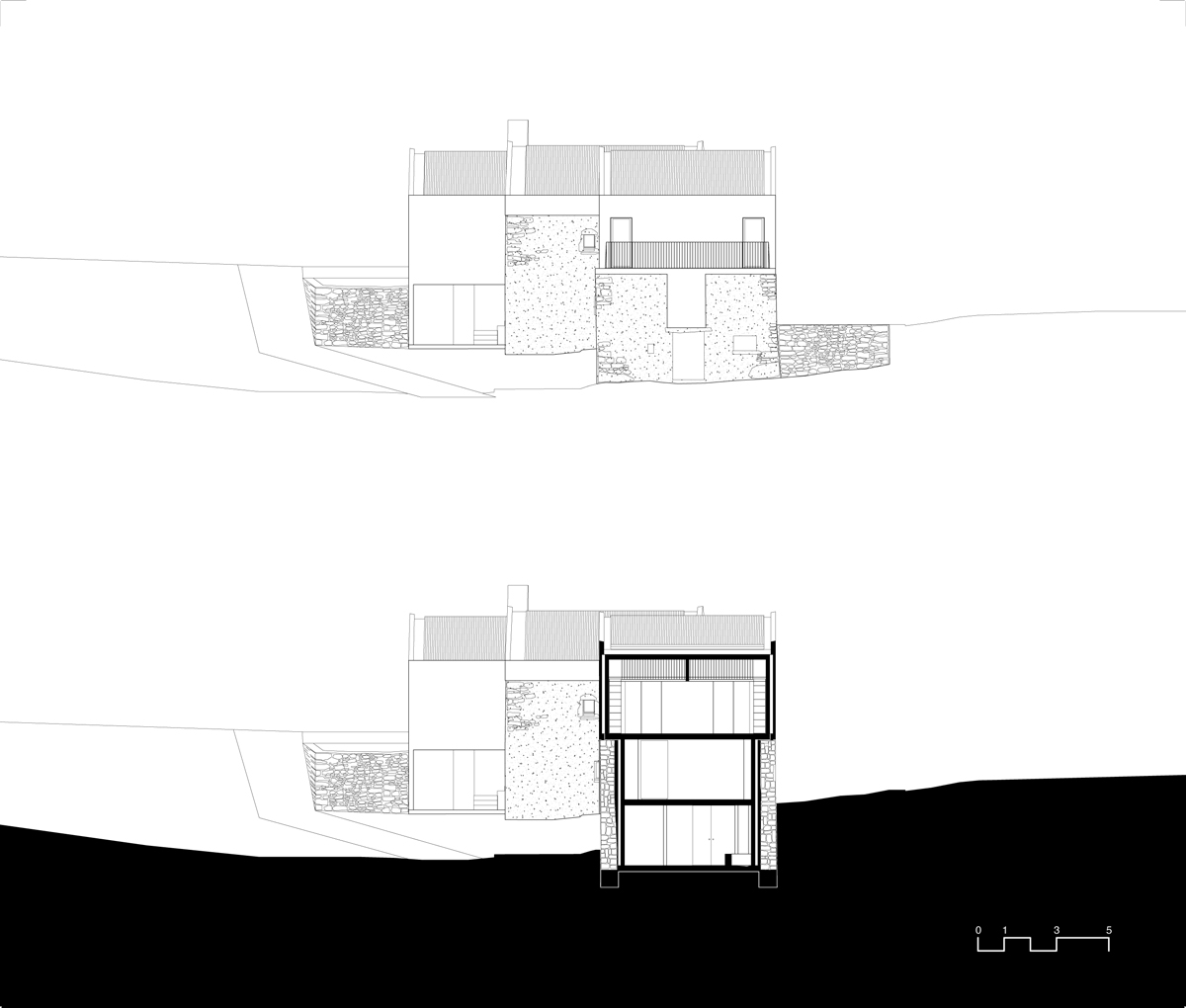