Situated in Paris’ close suburbs, this 8-buildings complex has been built from 1969 to 1975, proposing an alternative to classical and modernist urban spaces.

Included in the «Opération Jeanne-Hachette» and known as «Les Etoiles», the Renaudie’s Ivry-complex is made up of 40 social dwellings, offices and stores which are mixed on different levels composing a sort of a pyramid structure.
The term «brutalist», which has been used to describe the work of Renaudie, seems somewhat hasty to define the urban richness which this project harbors.
Nearly forty years after its construction, the freshness of the proposal remains intact, even if people who live it often don’t know the futuristic aim of the project.

Public and private spaces are mixed and the third dimension is also used, not only as a pedestrian flat lid but as play platforms invaded by wild vegetation.
The triangles compositive theme and the green element shaped the strategy to lighten the presence of concrete, in order to mix nature and architectural structure: open volumes, flexible spaces, elastic ways of circulation give to the complex a labyrinthine touch. 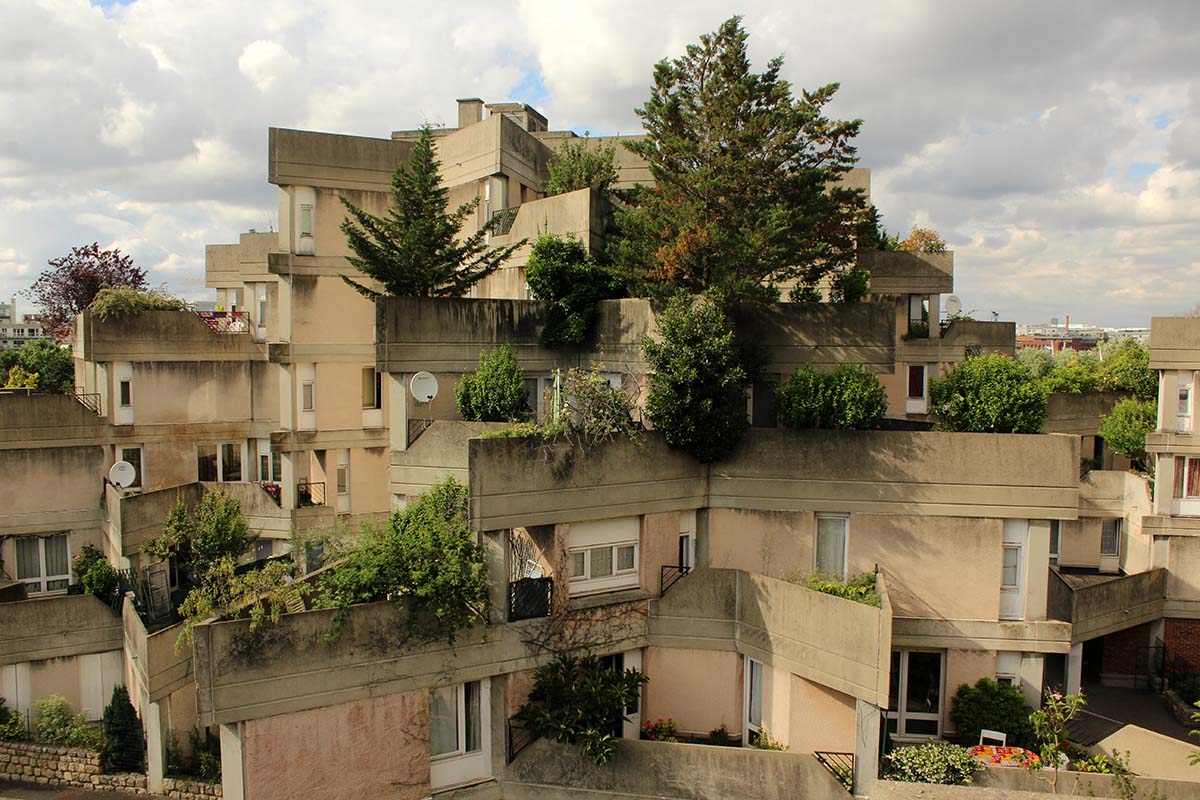 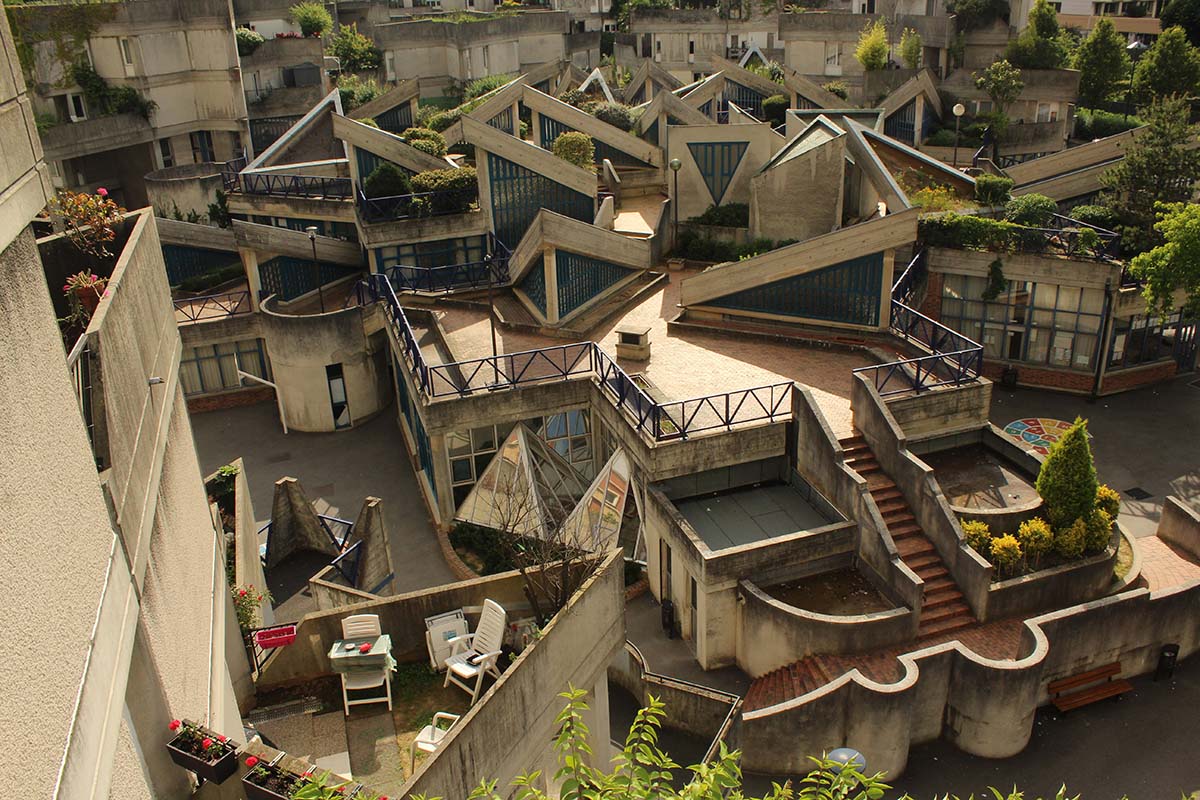 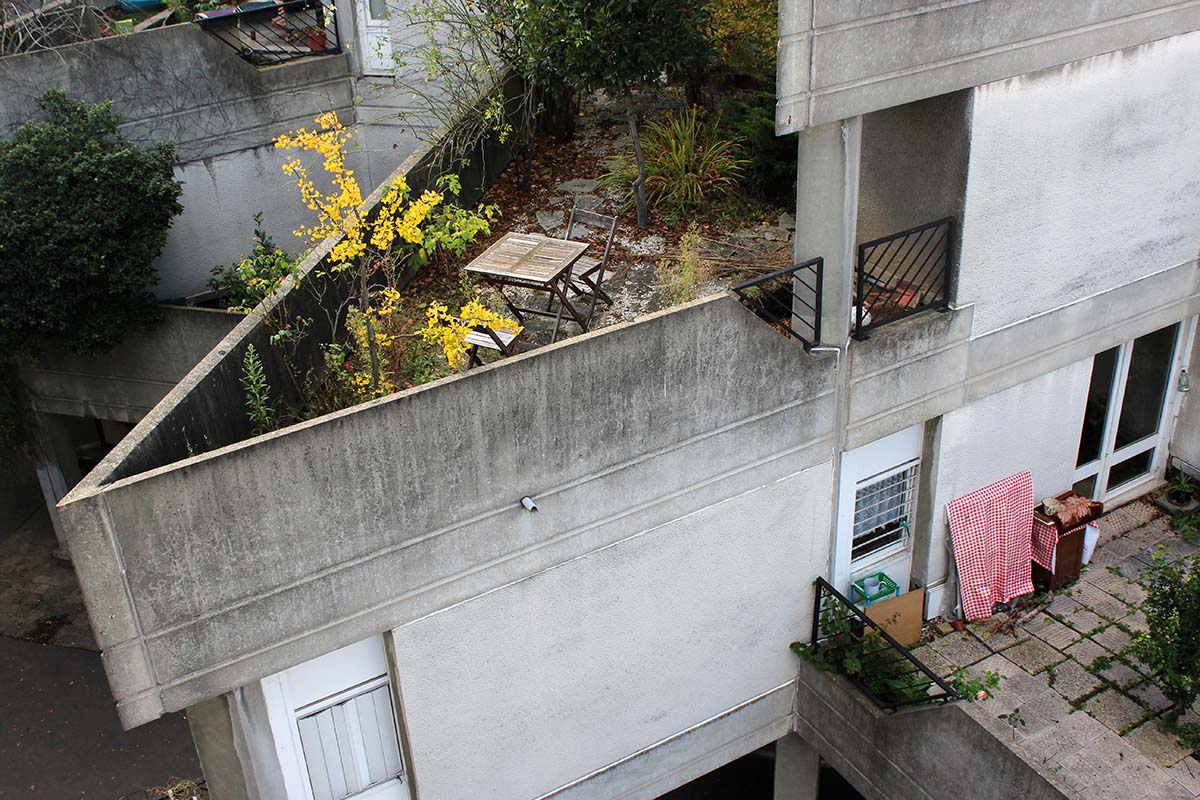 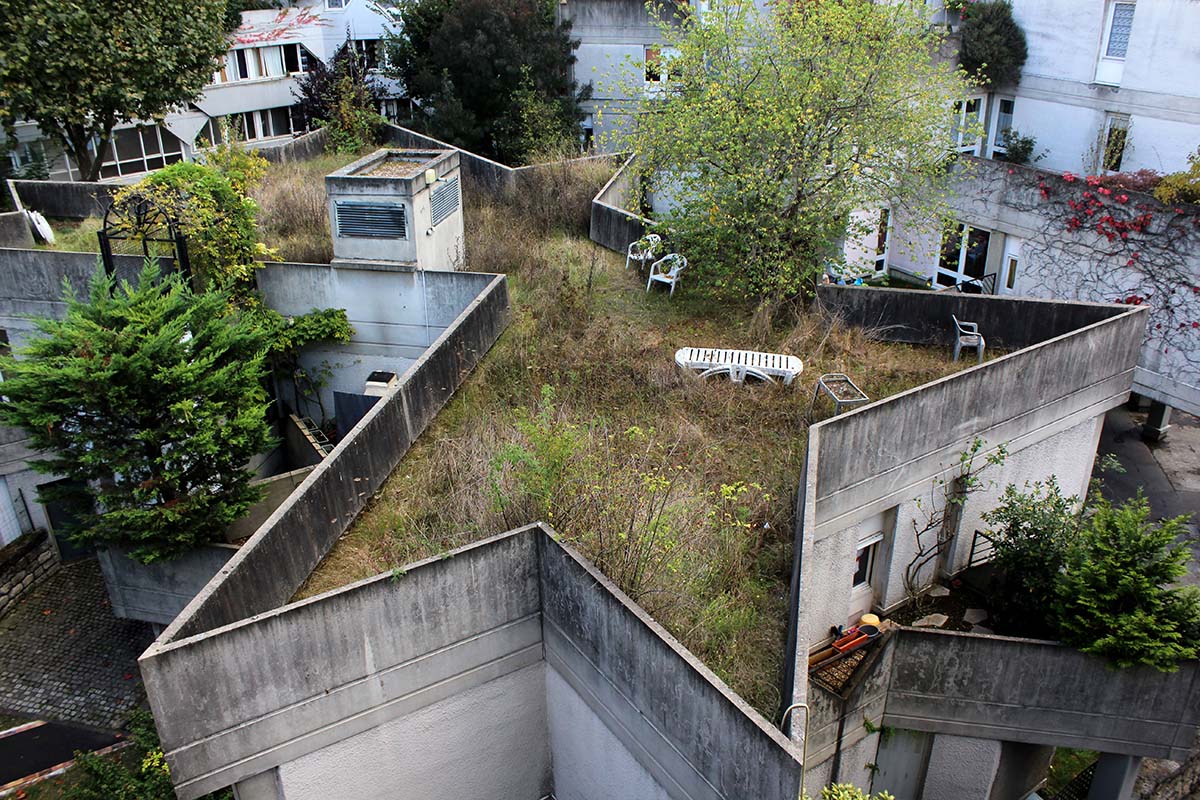 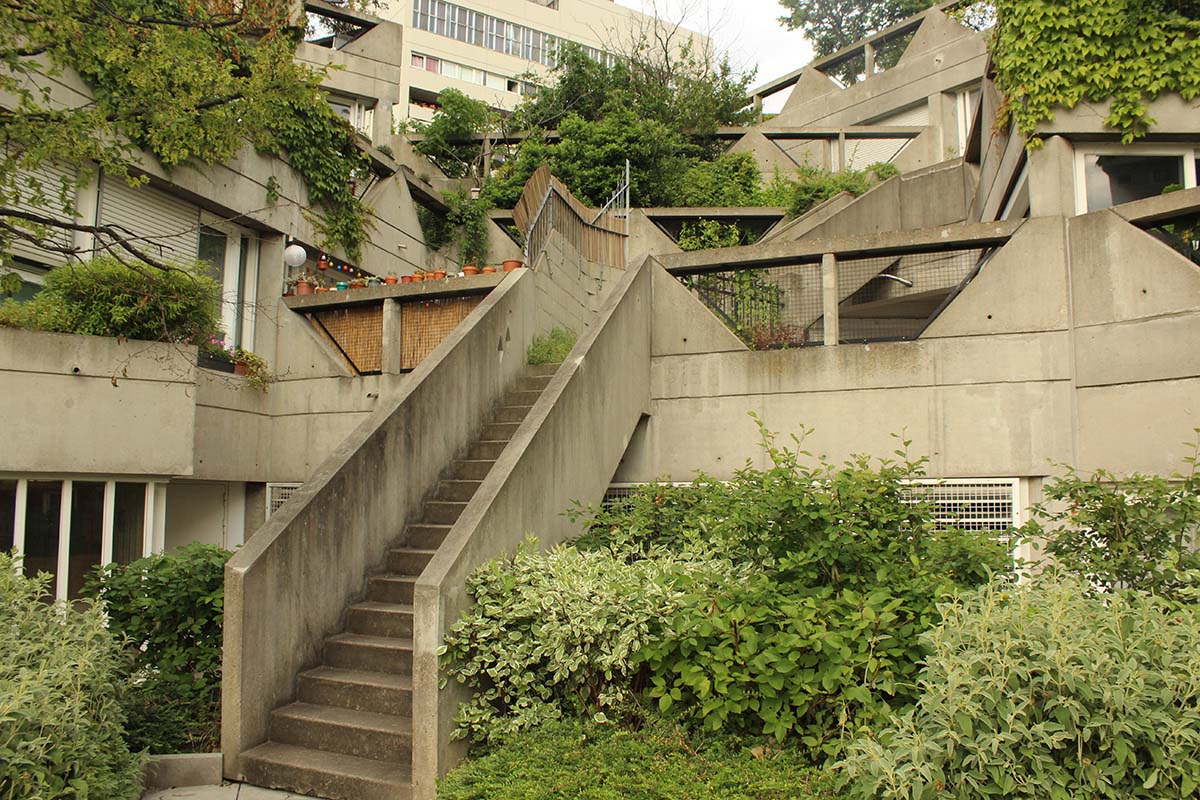 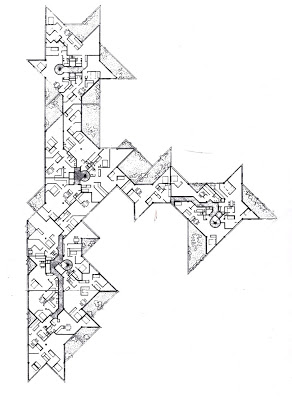 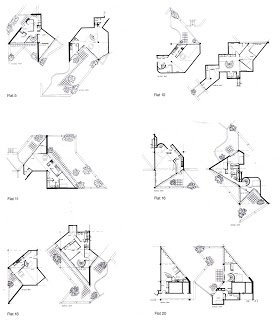 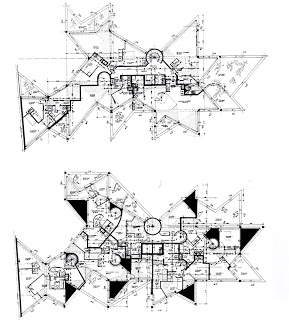