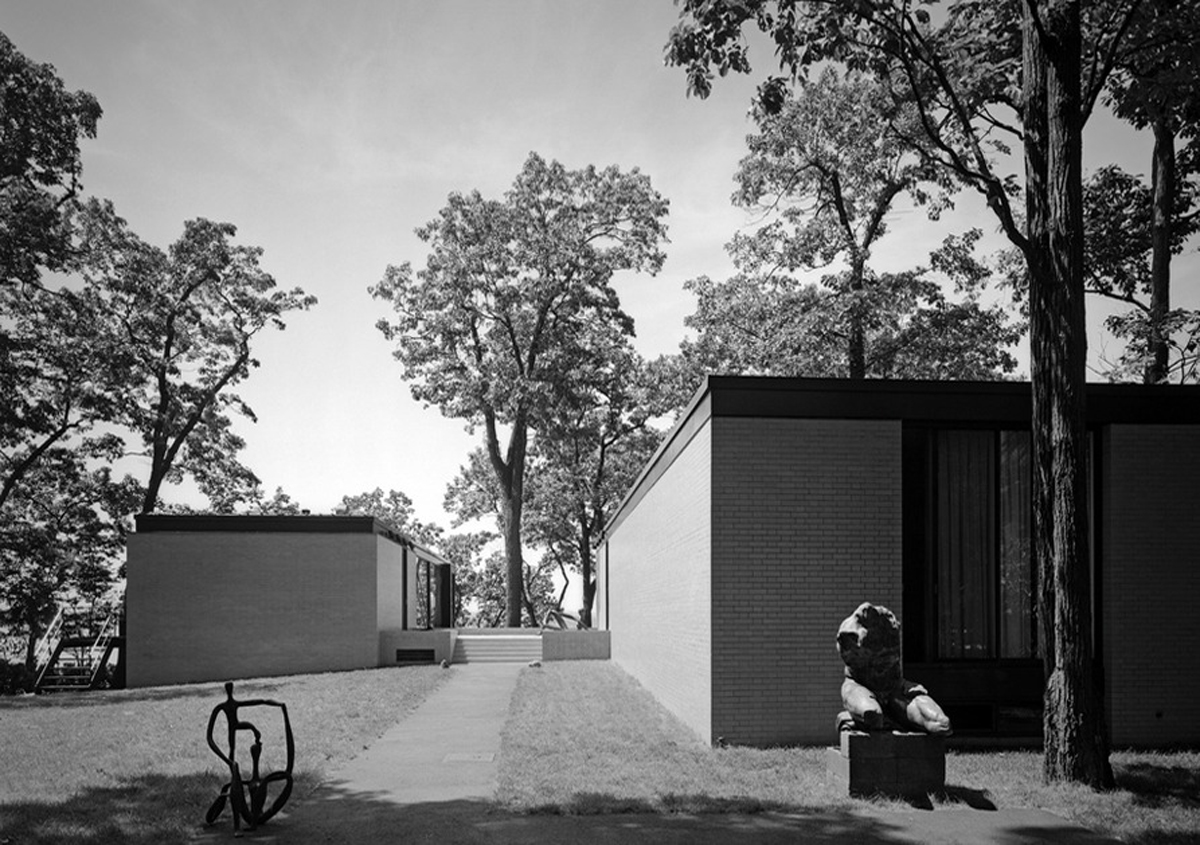 The Robert C. Leonhardt House in Lloyd Harbor, Long Island, New York, was built in 1956 by American modernist architect Philip Johnson. The house projects over a fjord, with a hundred-foot drop to the water below. The water can be seen in its immensity and trees can be seen through the glass walls.

The project became very famous due to its resemblance to an earlier Mies van der Rohe’s drawing. Mies’s sketch for a House on a Hillside shows a house supported on columns above a sloping groud. In the 1942 project Museum for a Small City, he envisioned glass walls against a dramatic landscape » a place for the enjoyment for art not its interment. » The building was defined exclusively for a floor slab, supporting columns, and roof plate, with walls of glass defining the otherwise flowing space.

Raised above the garden on steel columns, Johnson’s proposed House of Glass «floats» in an almost ethereal sense, rising a full story aboveground – a concept he revived in 1956 in the house he designed for Mr. and Mrs. Robert C. Leonhardt. 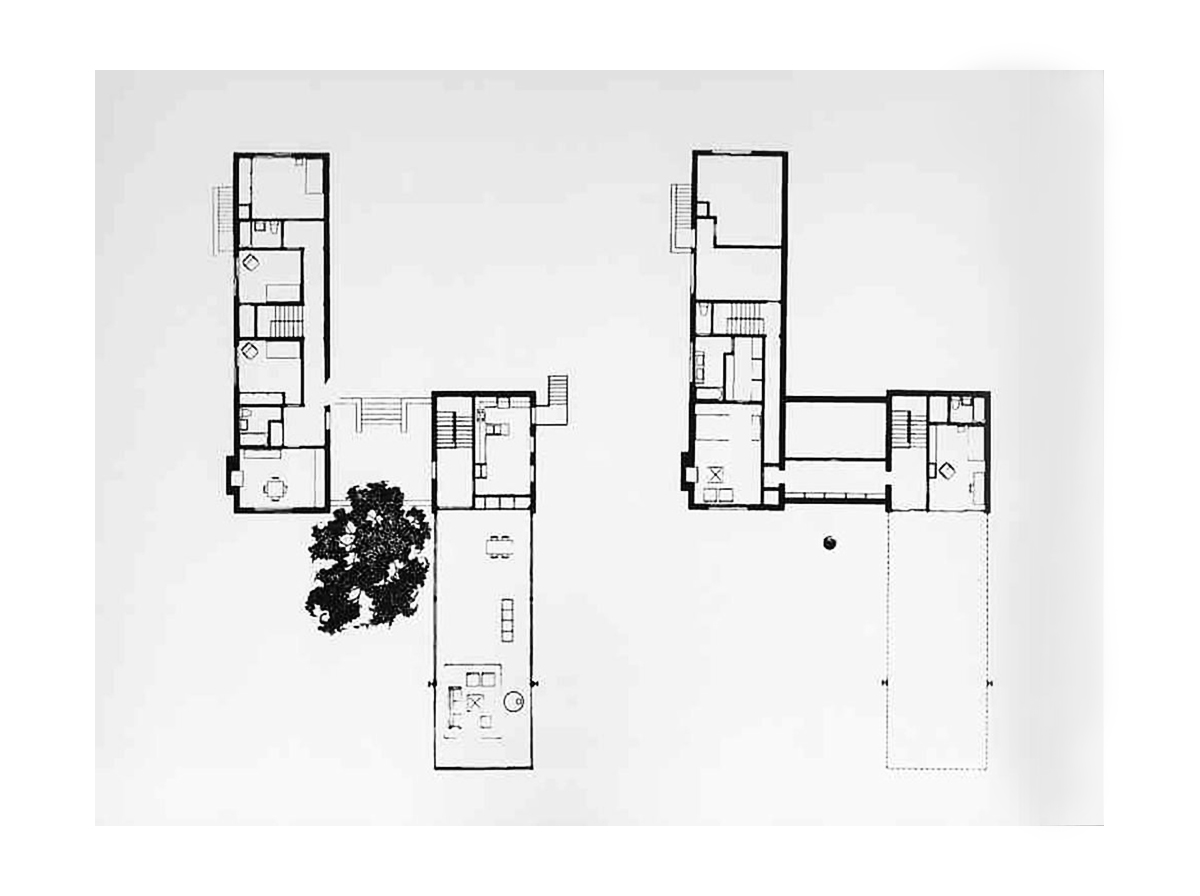 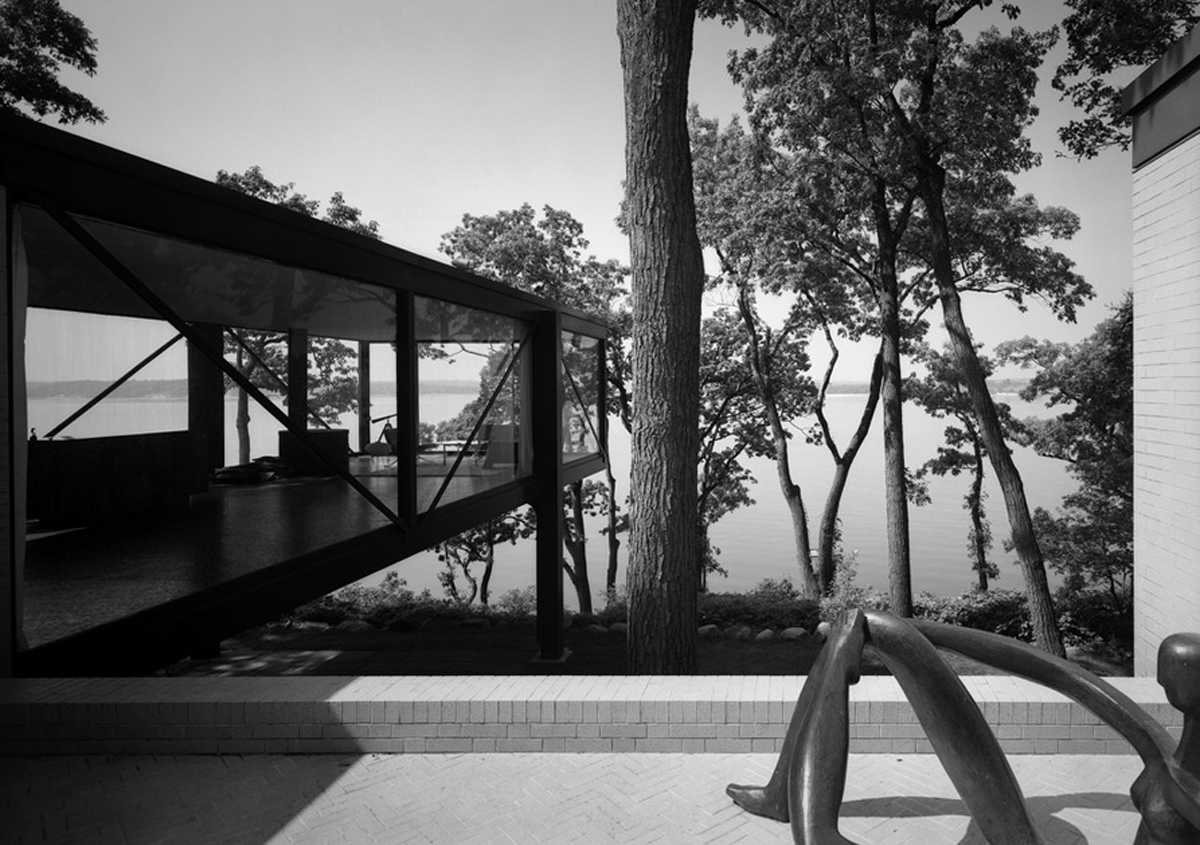 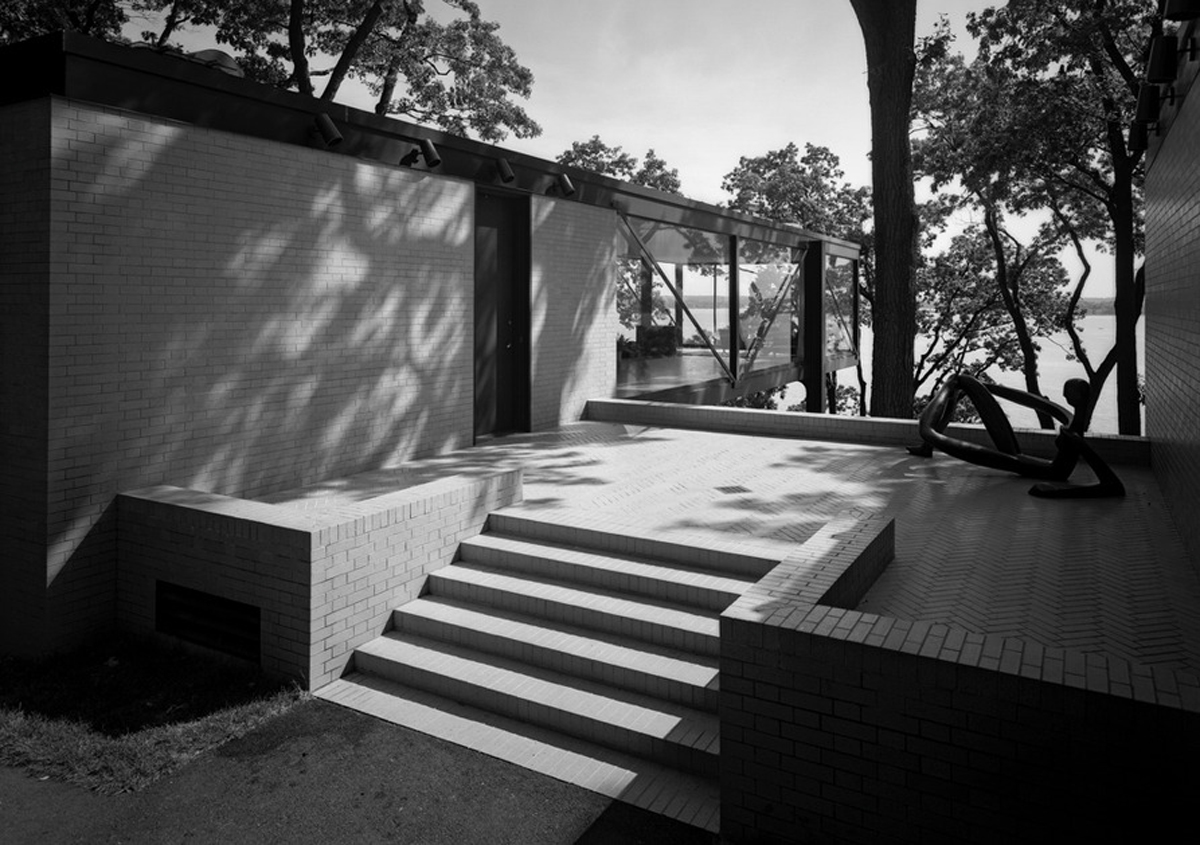 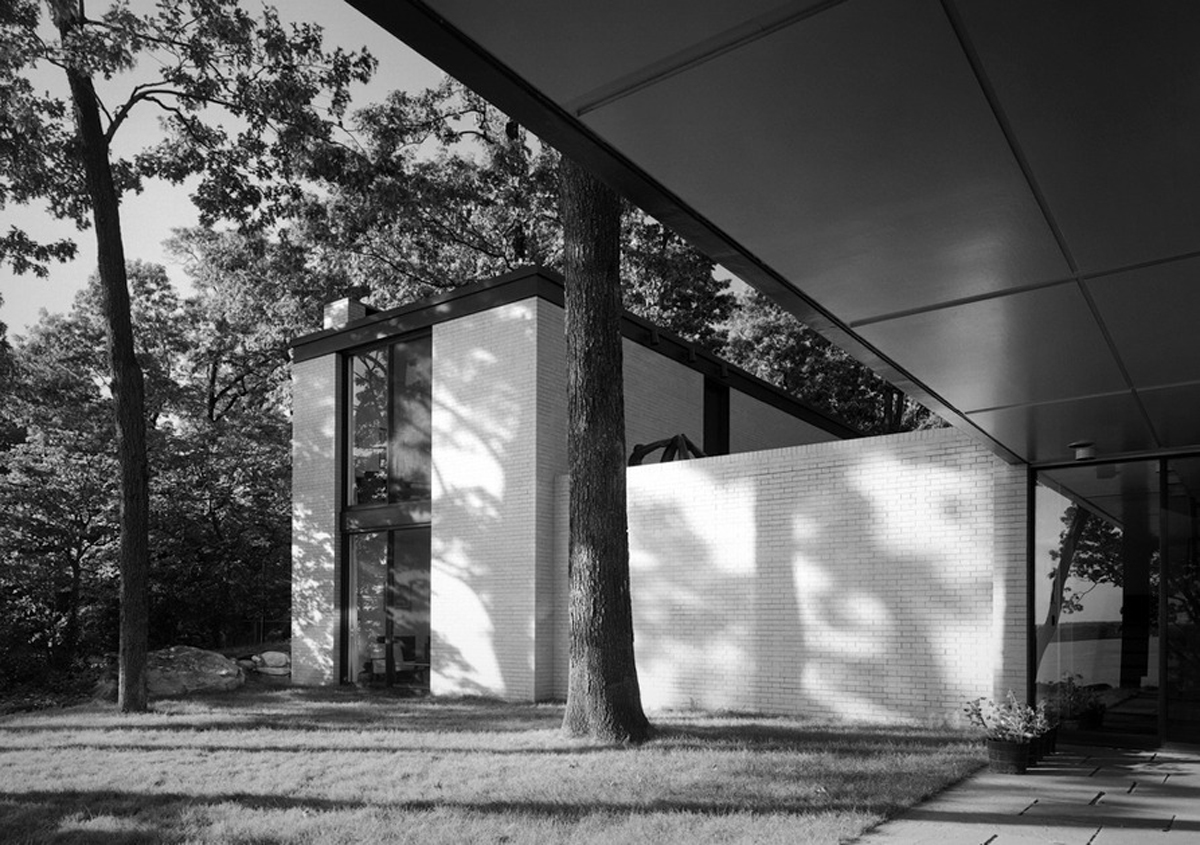 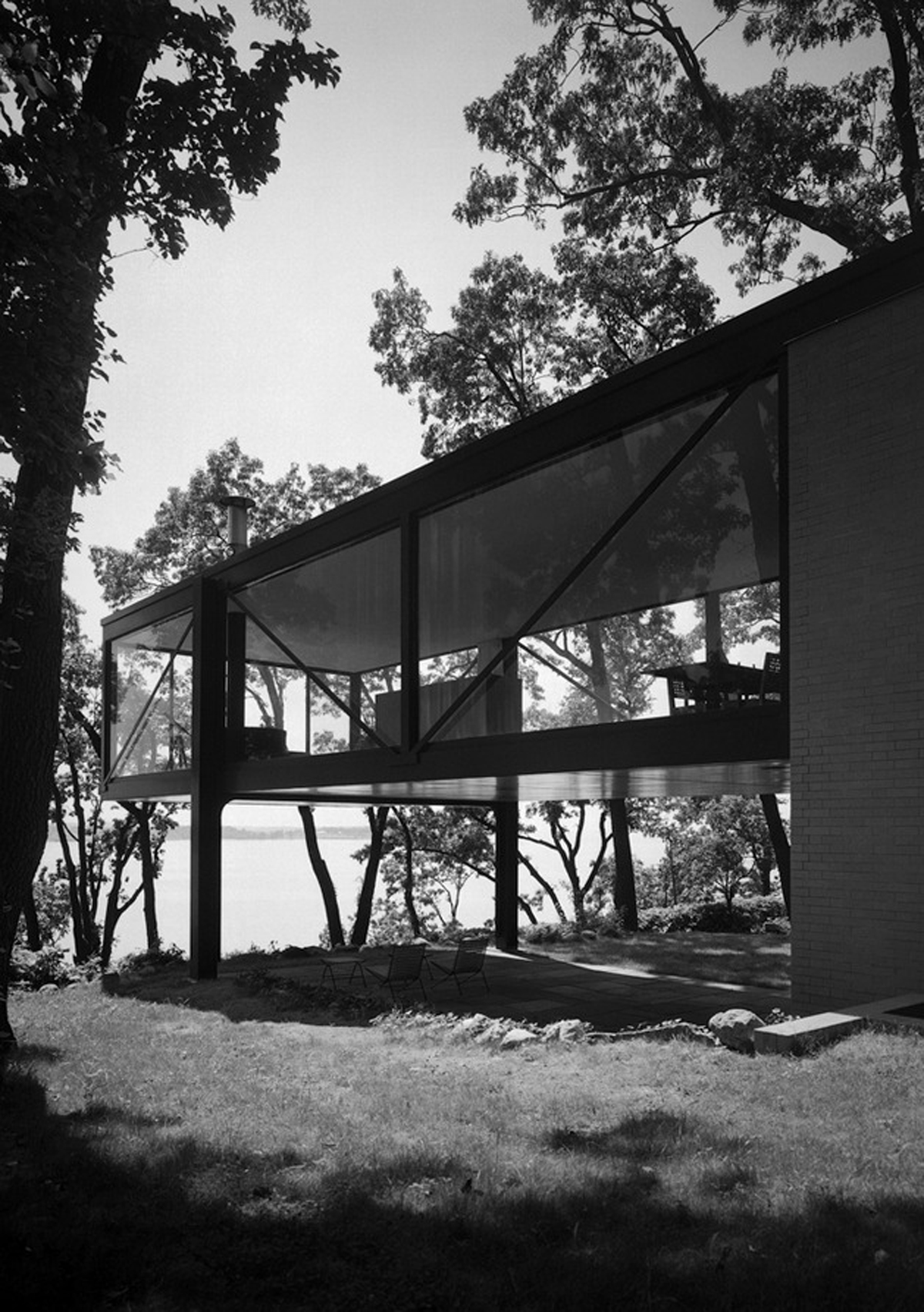 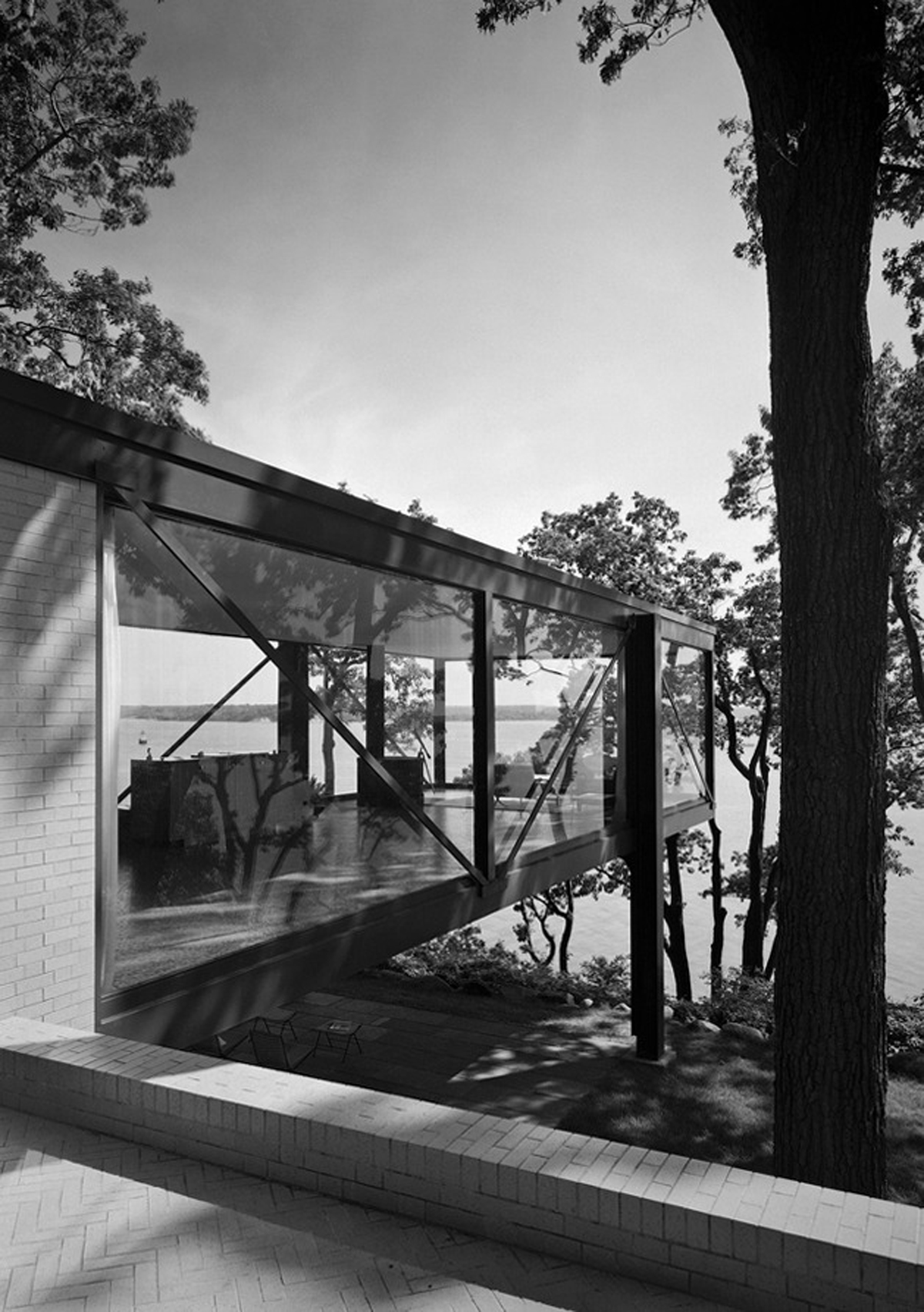 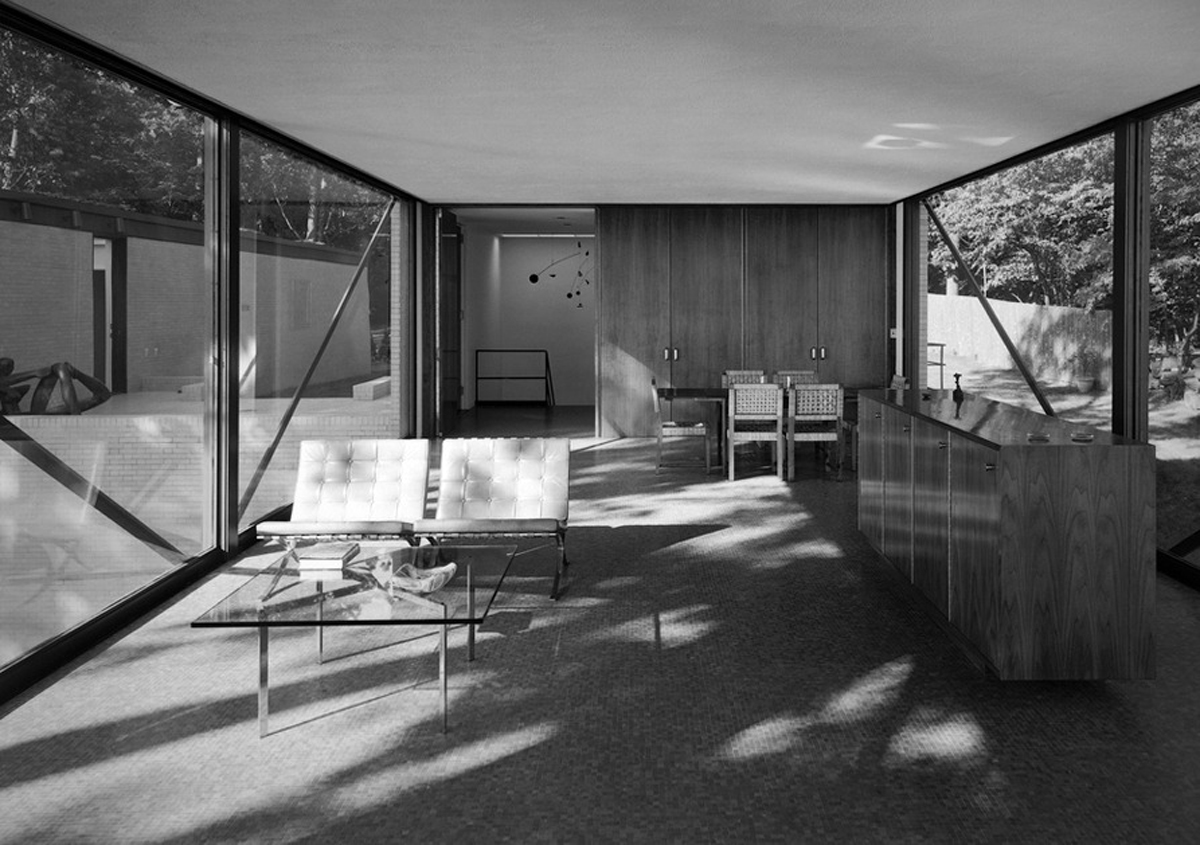 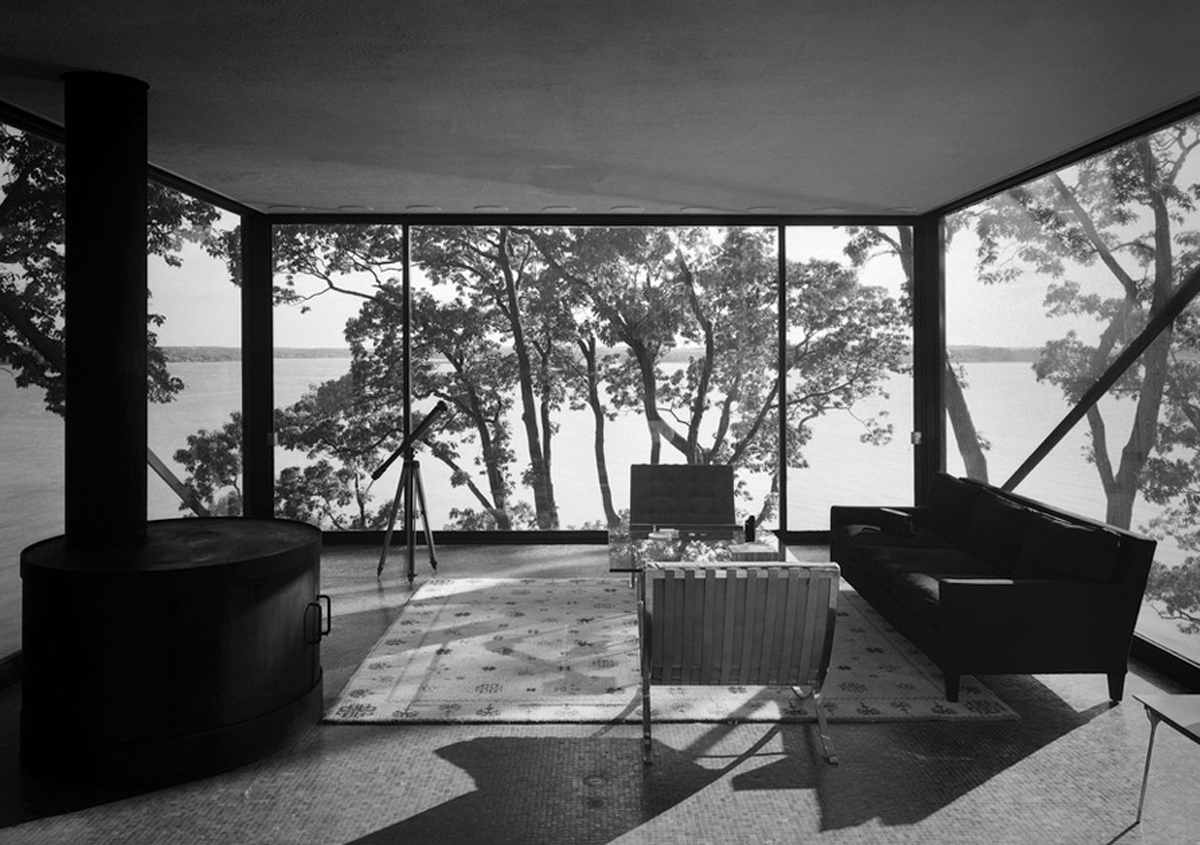 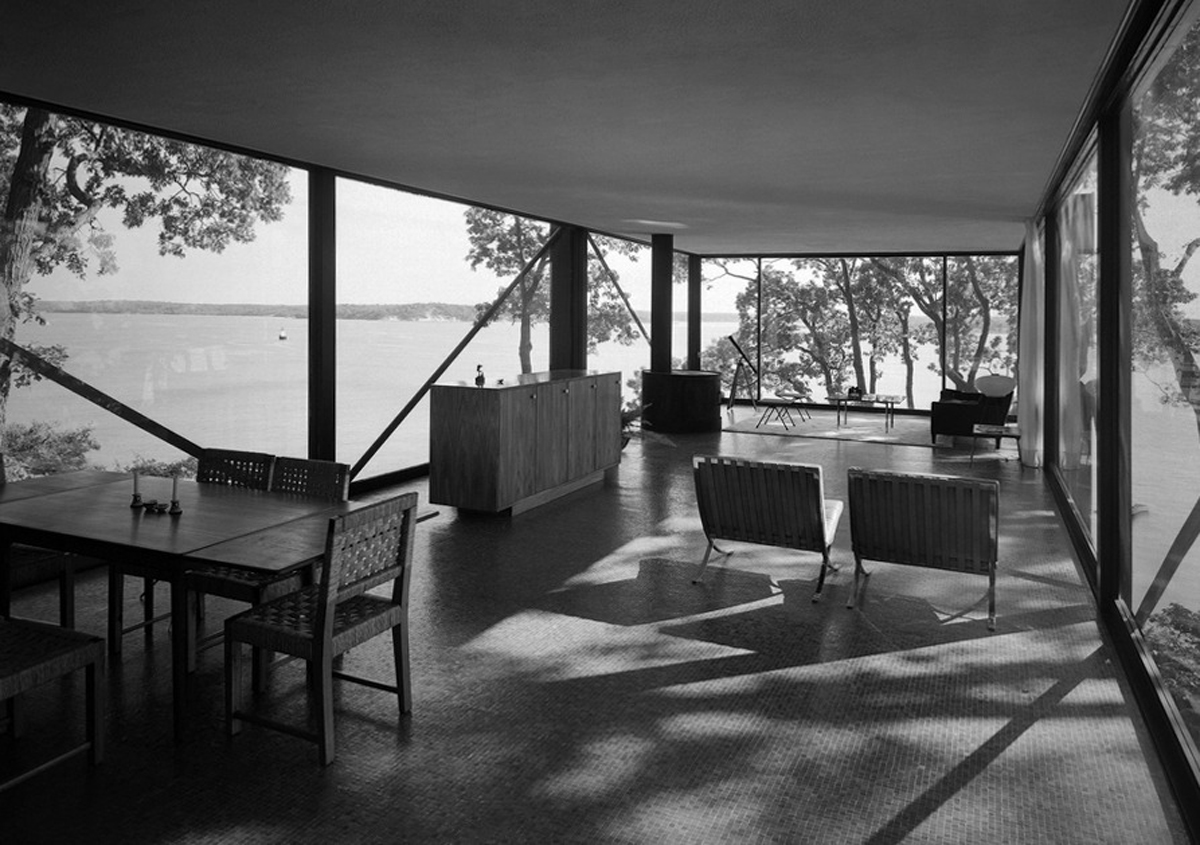 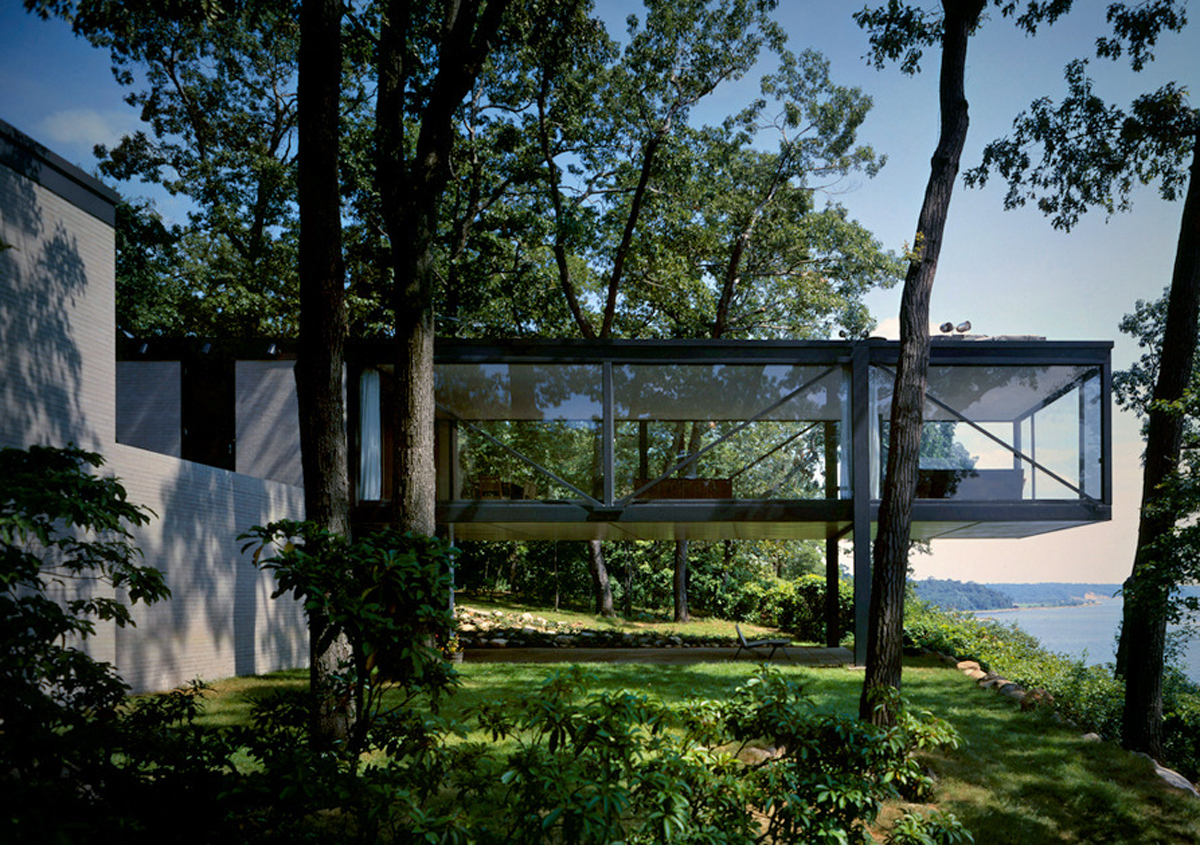 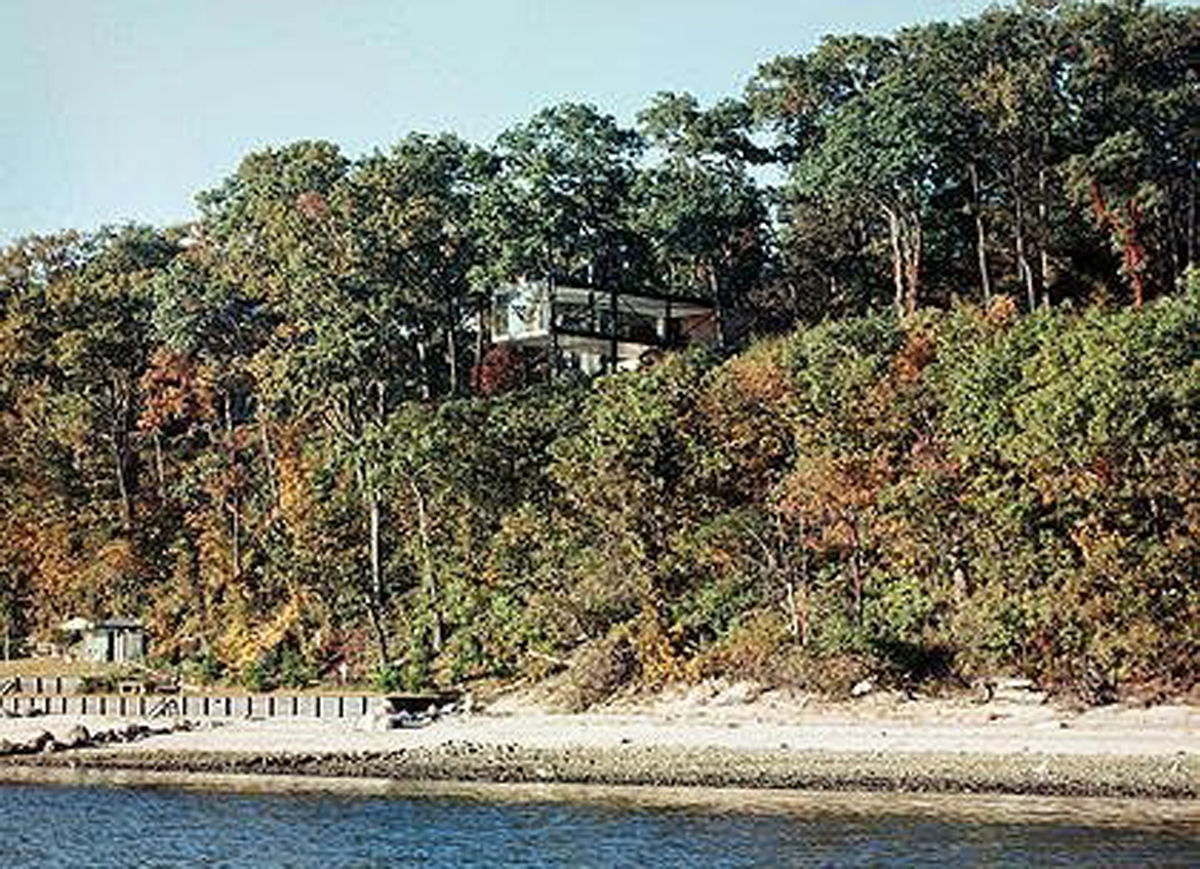