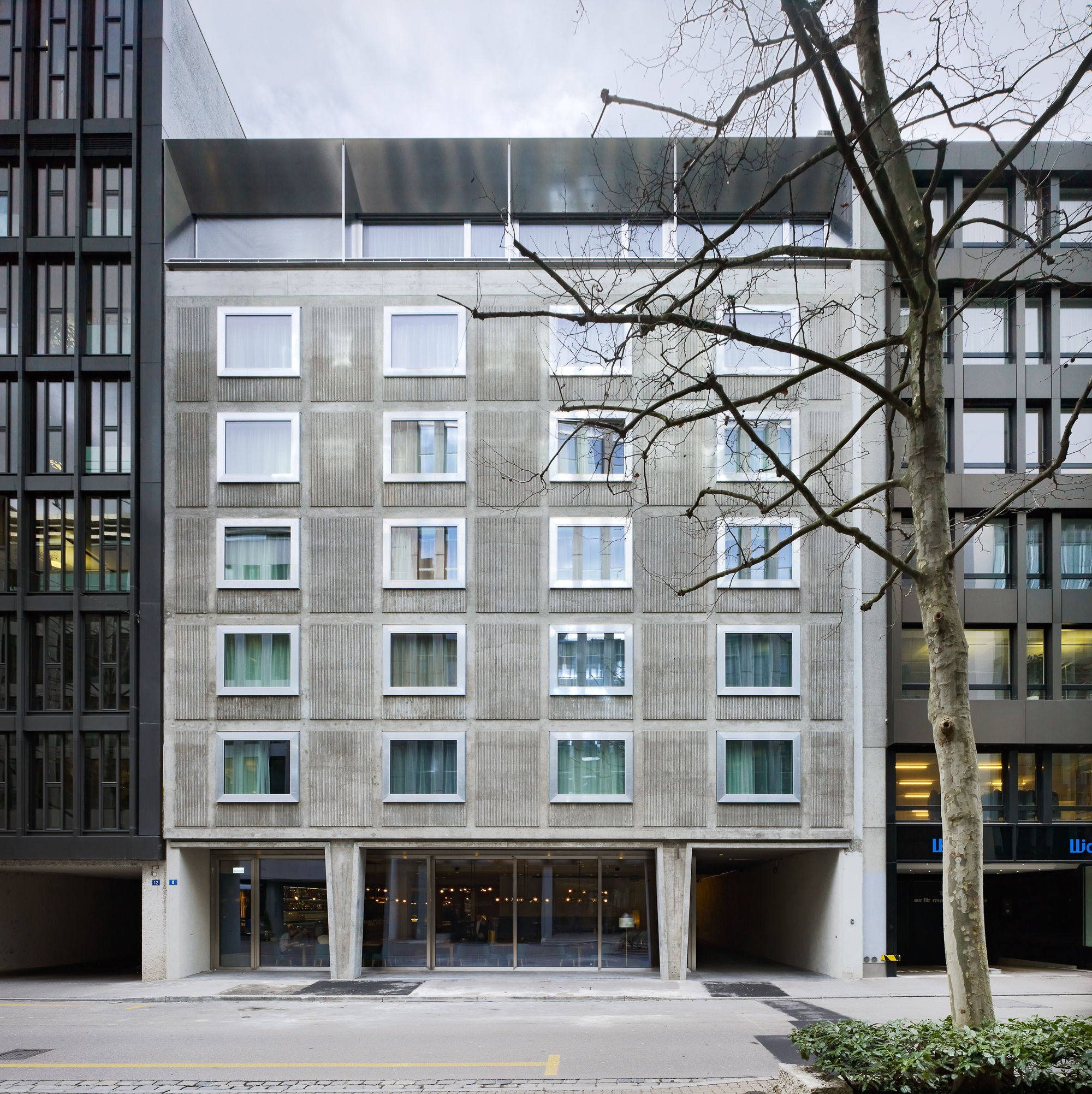 The Brunngässlein lies in the shadows of the highly frequented streets of Basel’s city centre. The property, created by architects Bräuning, Leu and Dürig figures in the inventory of listed buildings and shows characteristic features of their creation time in the 1950s. The two-piece ensemble consists of a seven-storey front and a five-storey rear building, connected by a common ground floor. The building was used as an apartment house since its inception. It will now be converted into an upscale, four-star city hotel.

Through the revitalisation of individual parts and structural additions, the atmospheric qualities of the 1950s will be brought to the present. To take advantage of the neighbouring, spacious side street with its imposing plane trees, the hotel’s bar, its adjacent lounge and the restaurant express themselves through an inviting opening towards the street. The 65 hotel rooms, of differing types, are situated on the upper floors of the front and rear houses. From their spatial disposition and orientation, aligned with the constraints of the original building, and the possibilities of the new building, a spatial duality is developed in the courtyard.

The facade of the original building has been preserved and restored, returning it to its original raw concrete surface. The street facade is divided by a concrete relief and is topped off by a new build attic, combining with the precisely formulated aluminium windows to create an exciting relationship between old and new. The extensive glazing of the ground floor, which can be opened up in the summer, shares insights into the bright and open-plan restaurant area. An elongated counter provides an elegant connection between the areas of bar and restaurant. The ceiling structure, consisting of joists and new supporting elements, directs visitors into the depths of the space. A large skylight brings natural light to the rear echelons of the elevated lounge area.

The space is additionally zoned via the asymmetric setting of the centre. The building’s preserved courtyard entrance serves as the new main entrance to the hotel. All rooms in the front building are accessible by a centre aisle with the furniture arranged freely along the periphery of the room. The existing facade’s openings were also taken into consideration. The generous glazing of the attic rooms in the front building offer a novel experience for the house. The room concept of the rear building, through its spatial dramaturgy, consists of a circular motion from the entrance, over the facade, to the bathroom. In the centre of the rooms is the bed, with the large windows affording views of the facade of the original building. 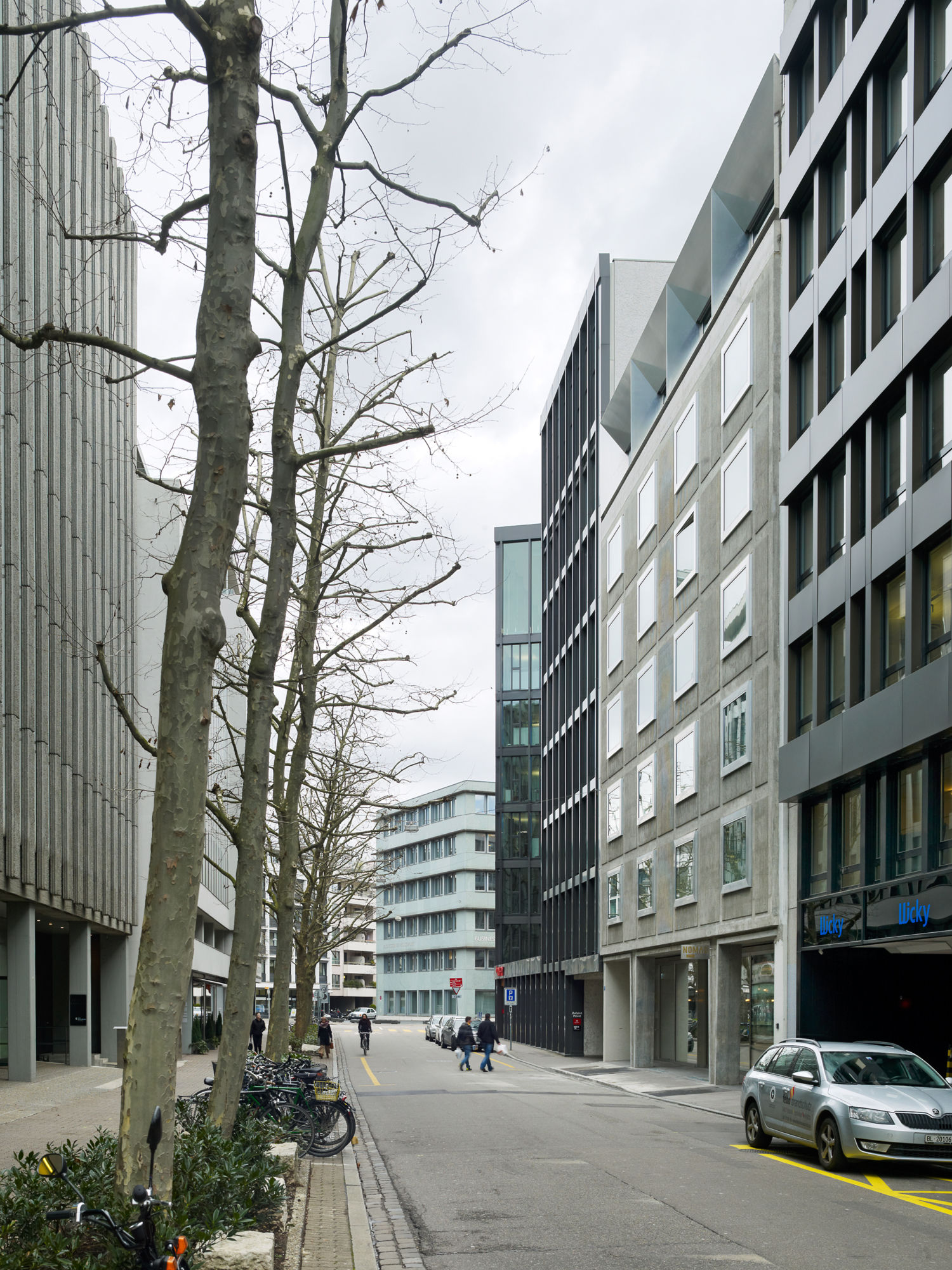 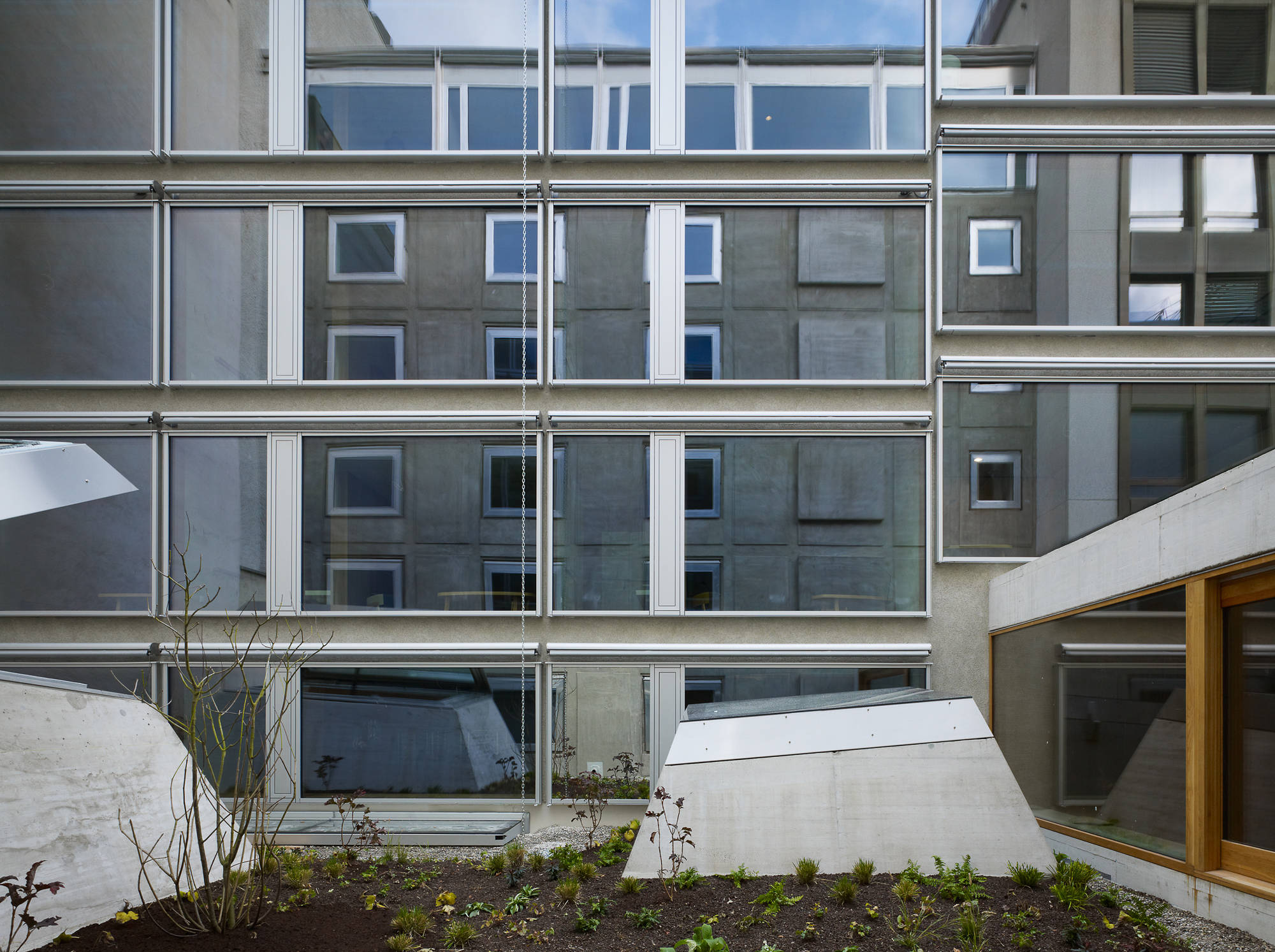 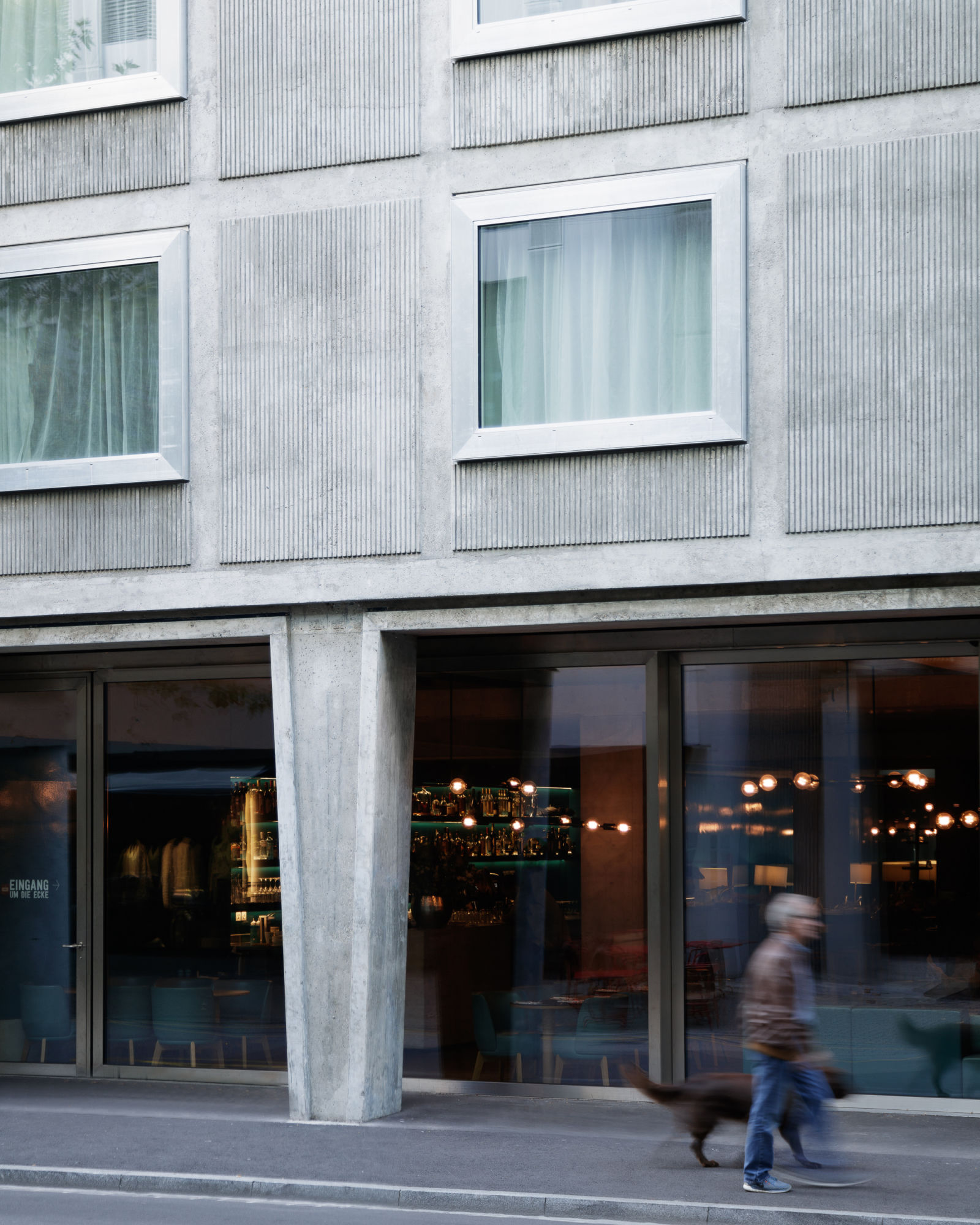 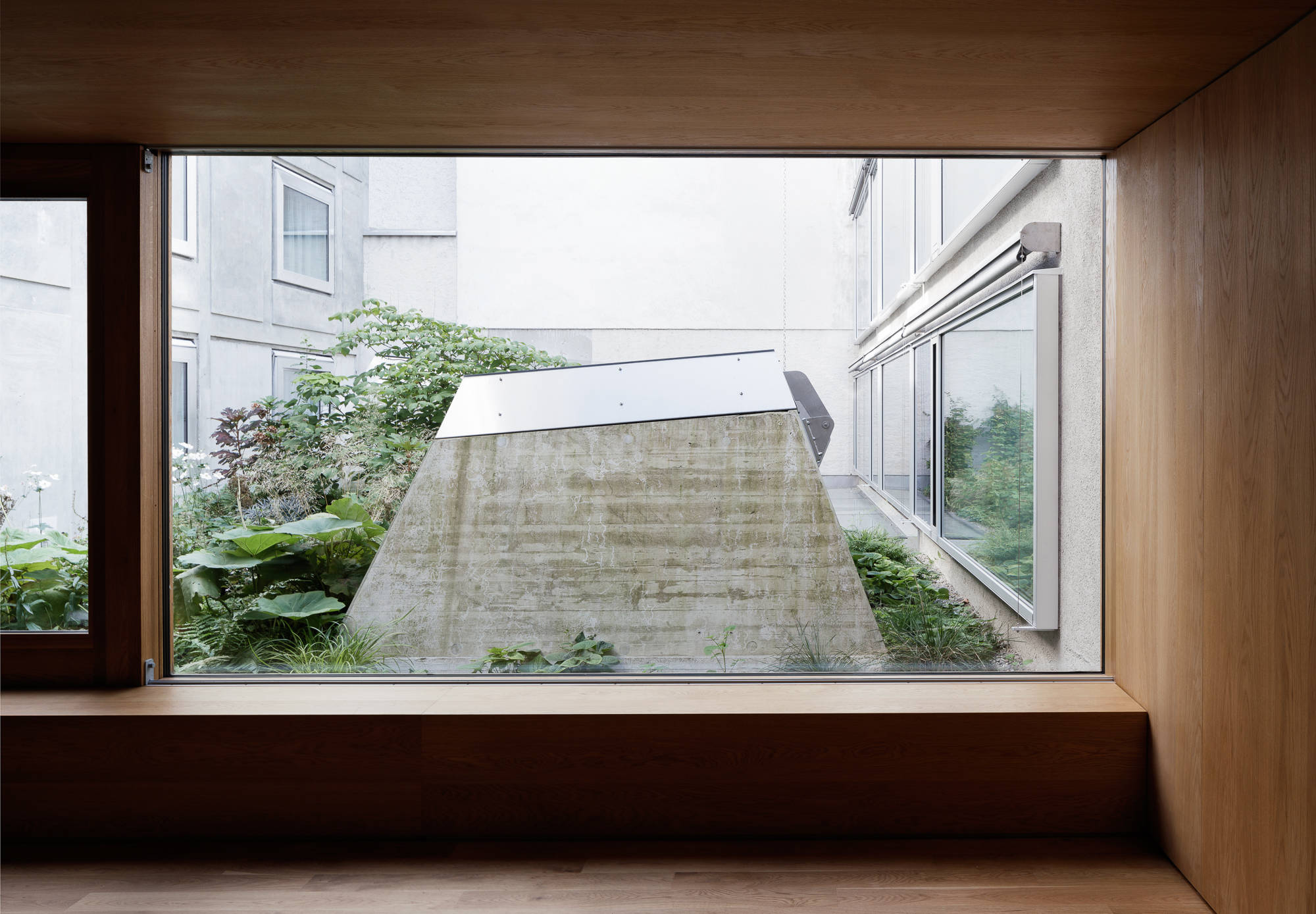 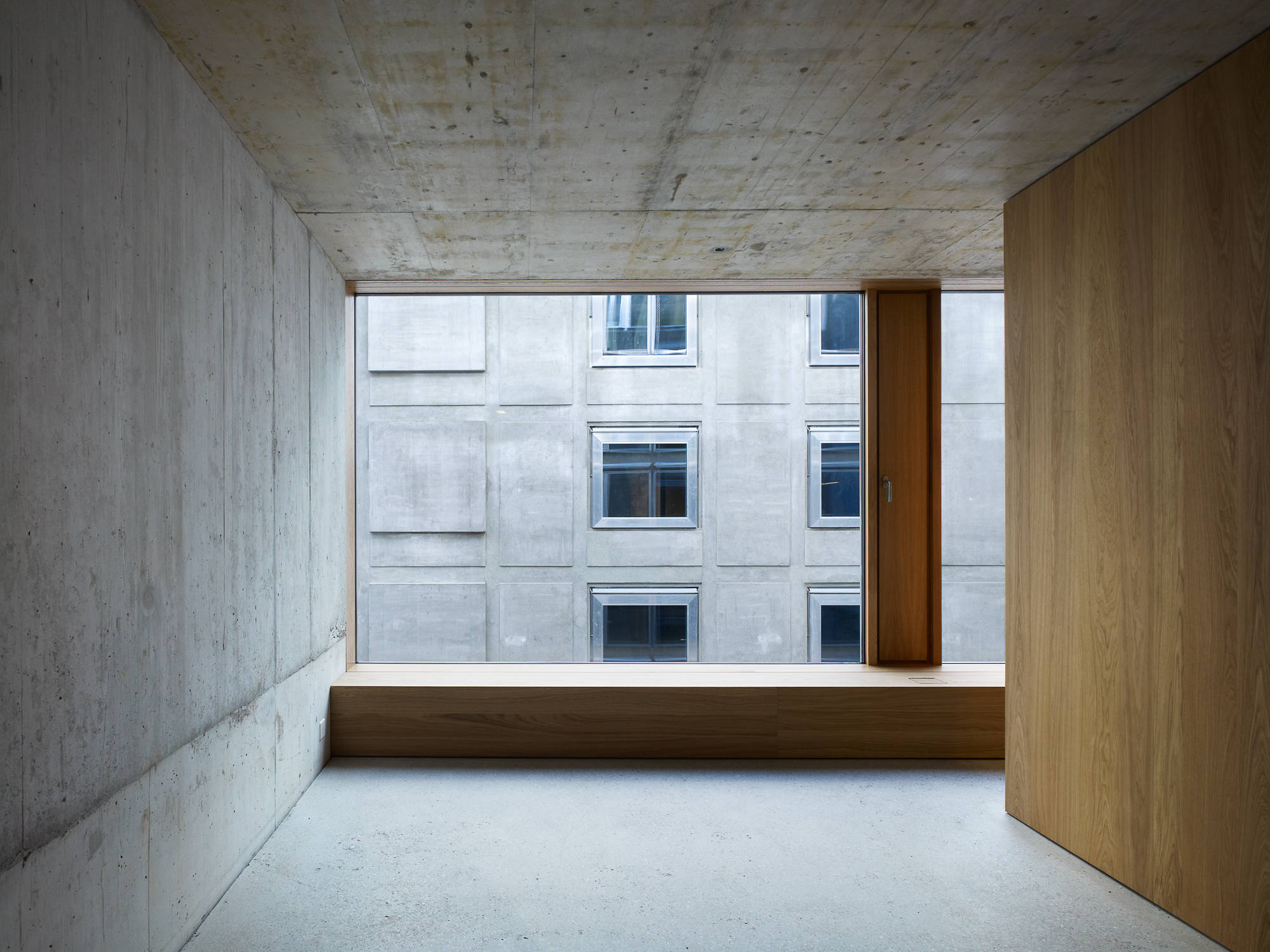 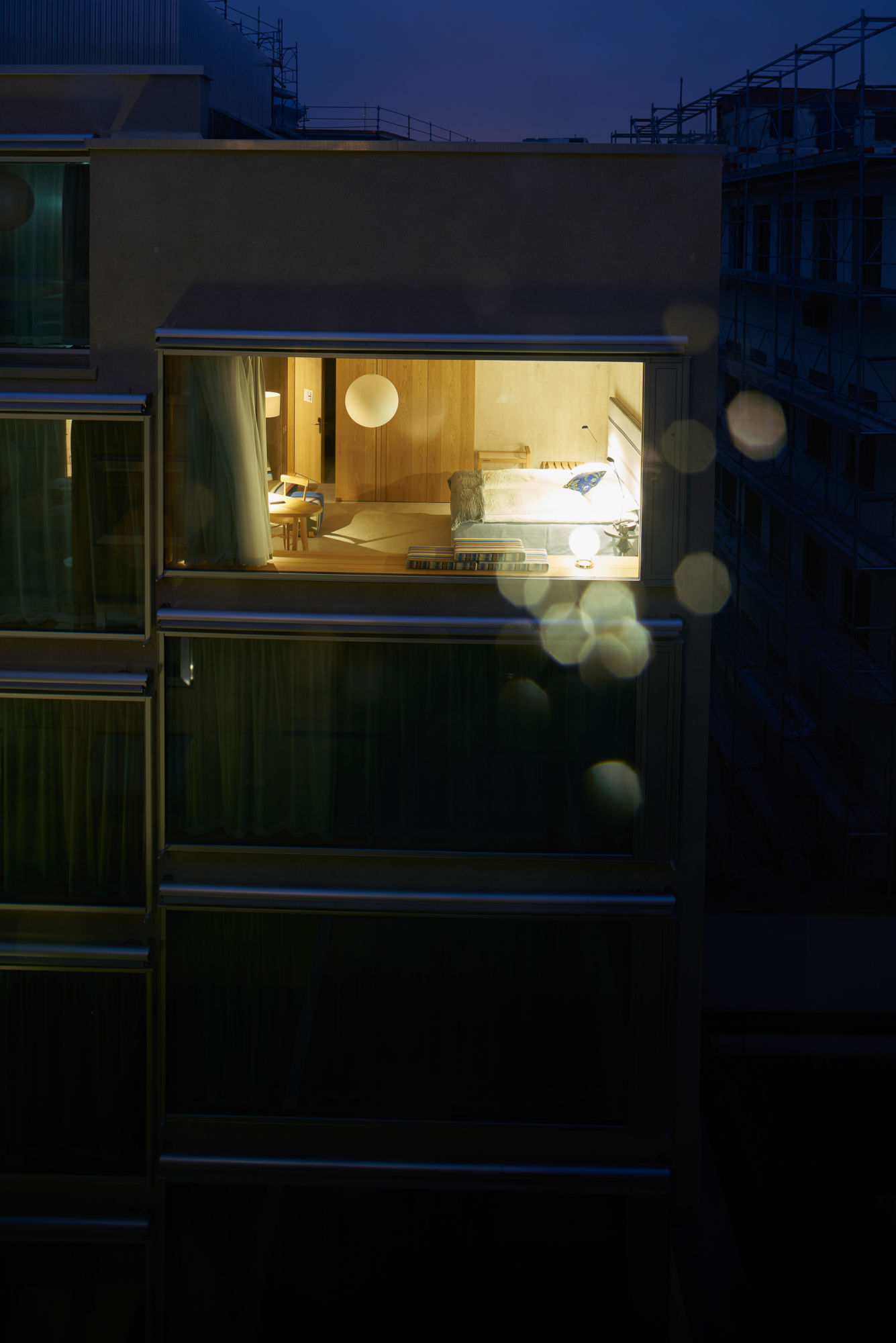 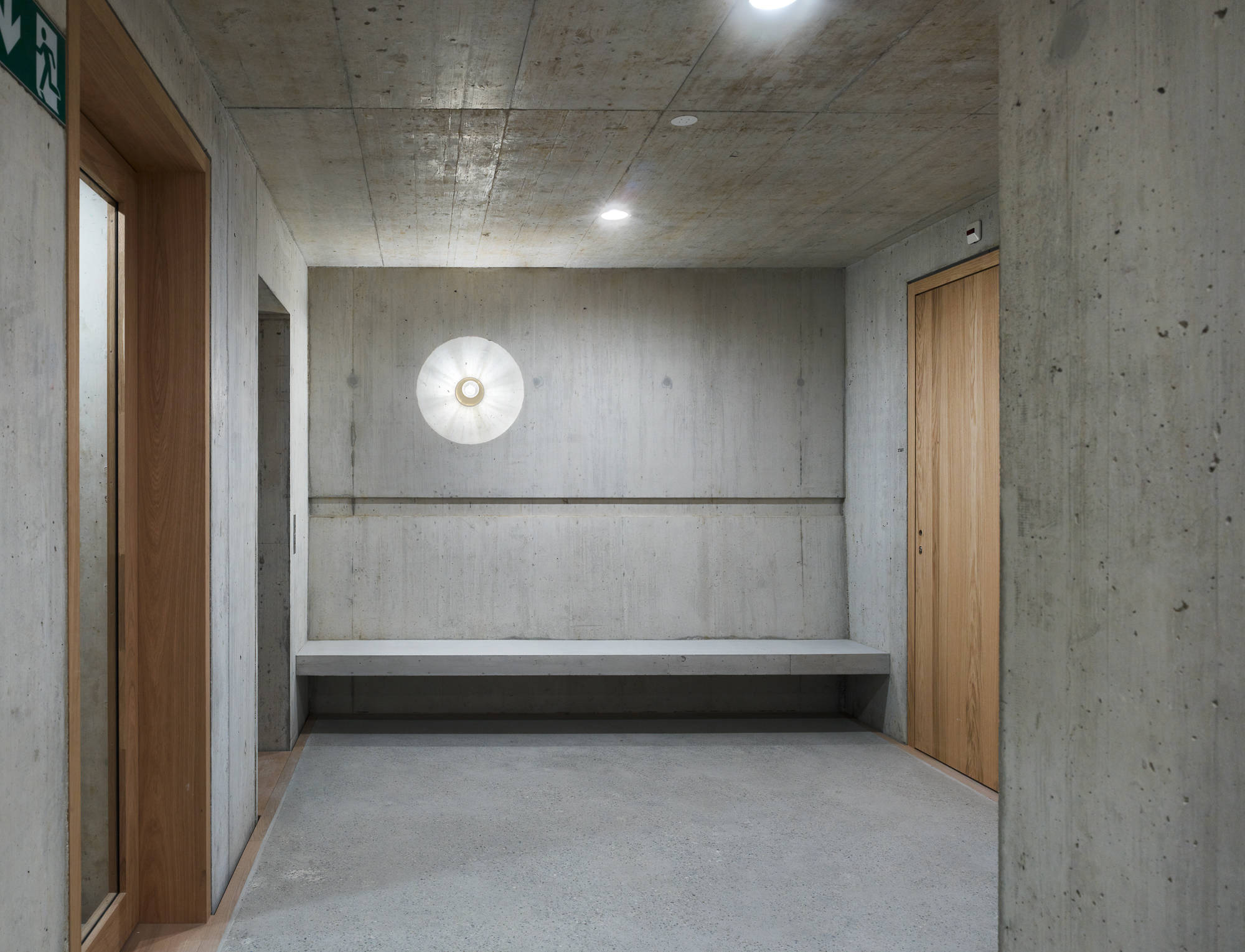 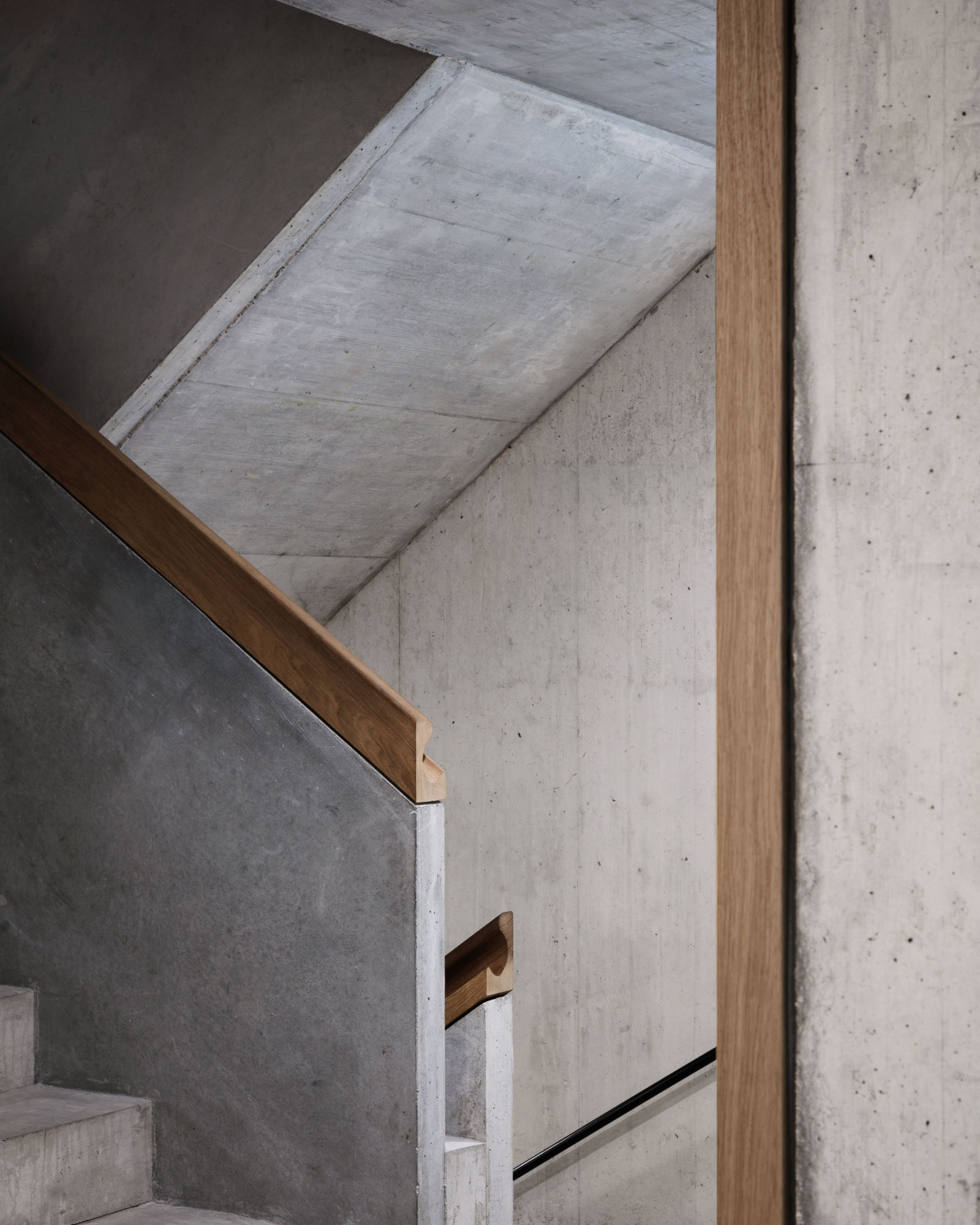 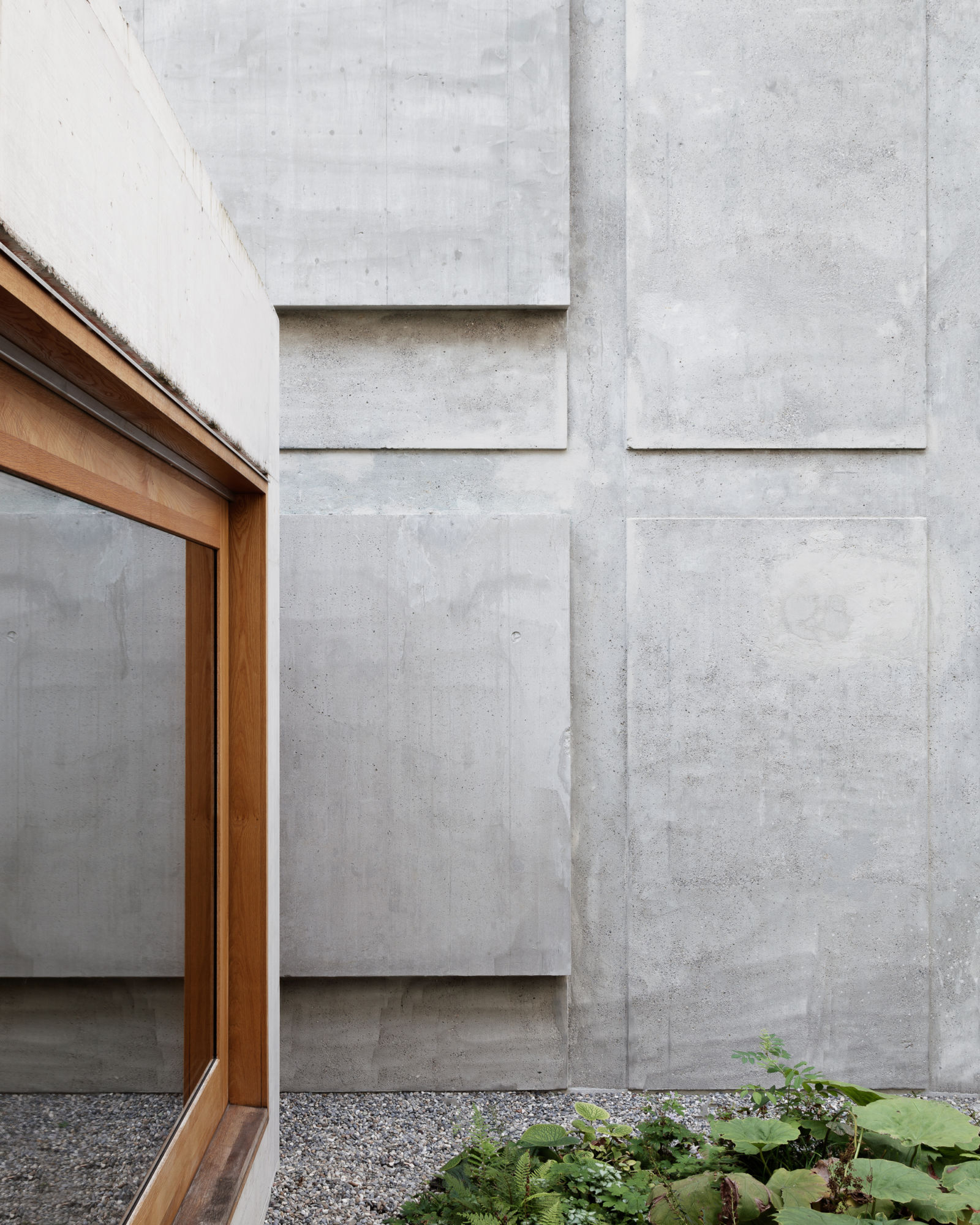 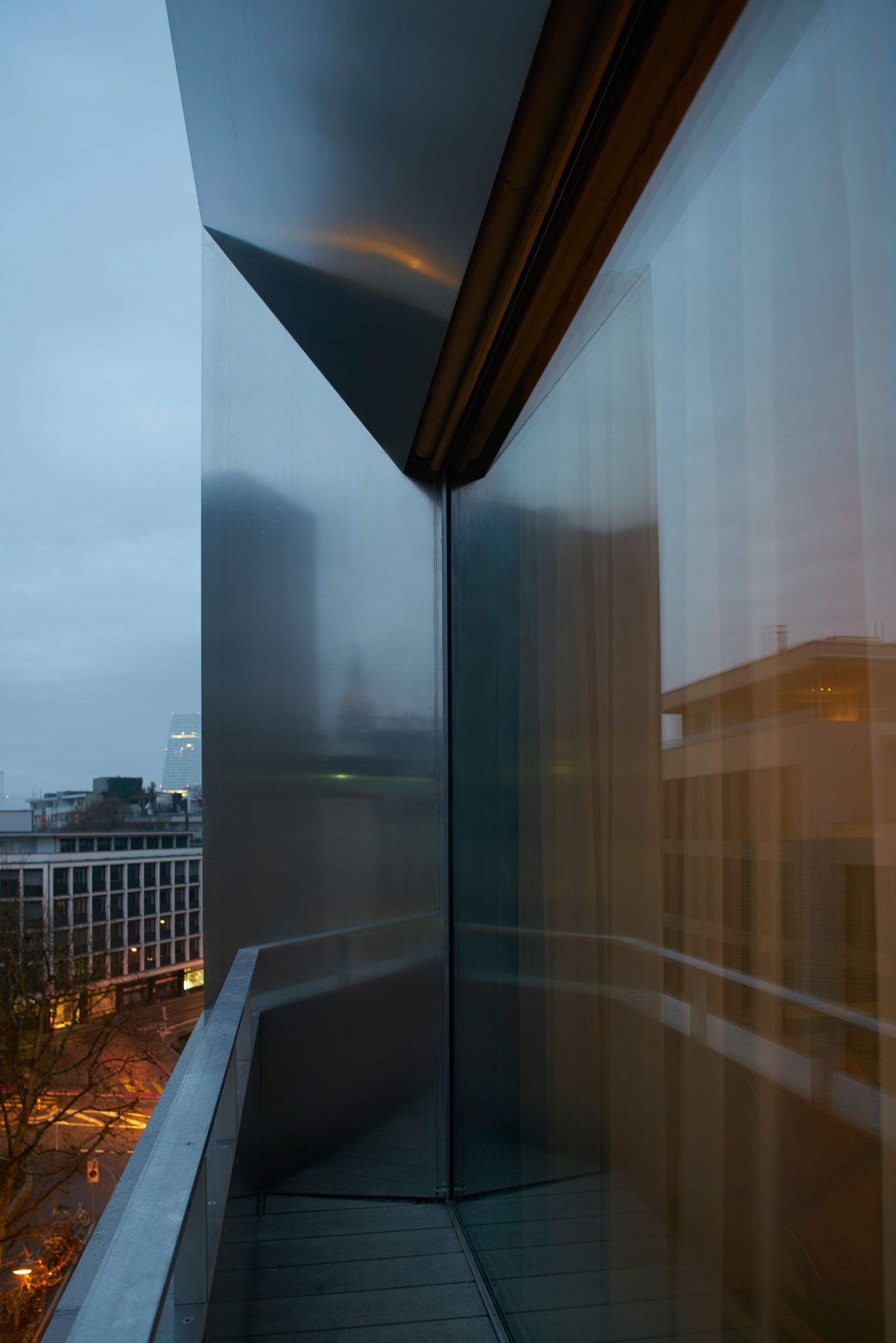 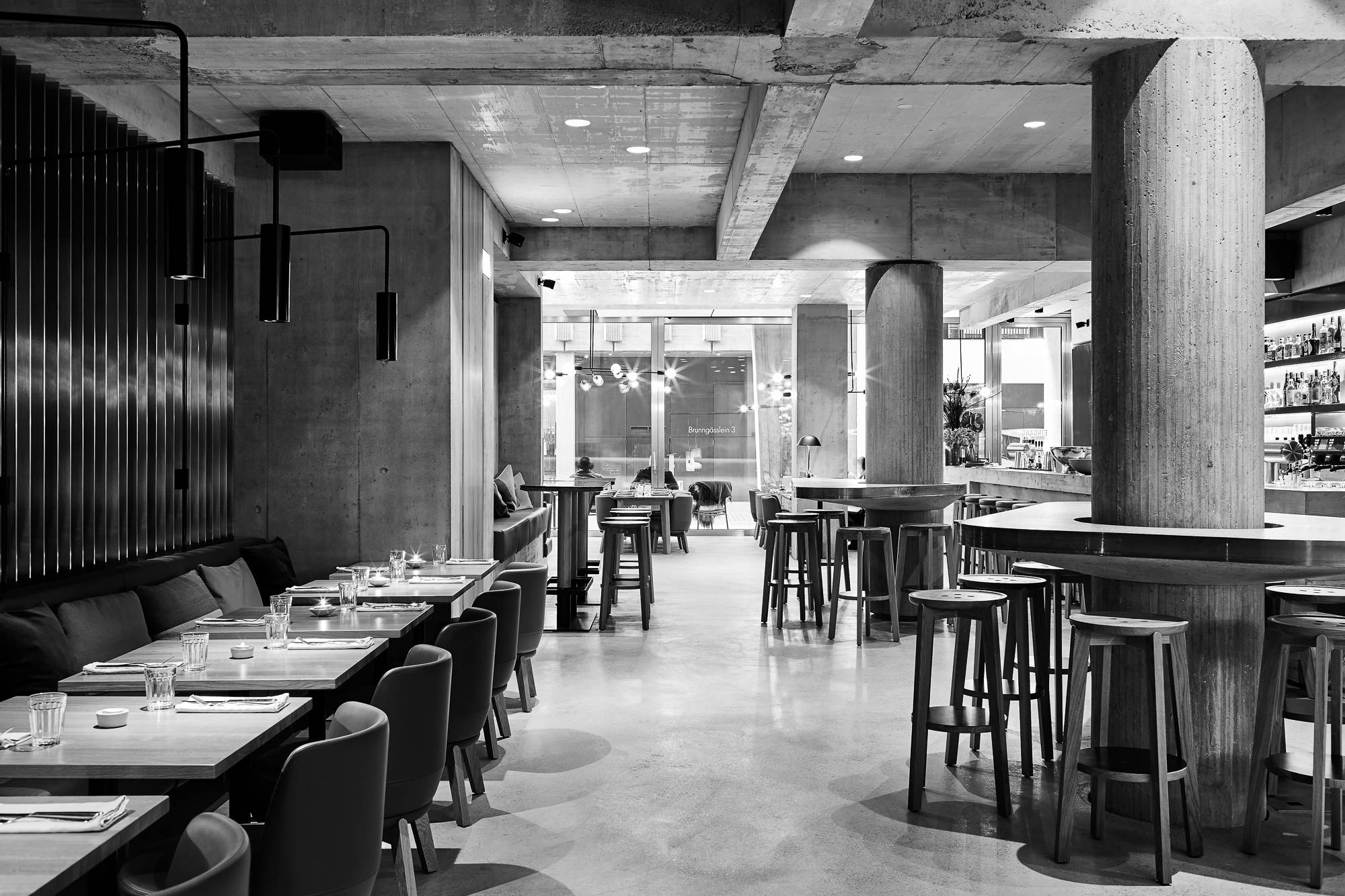 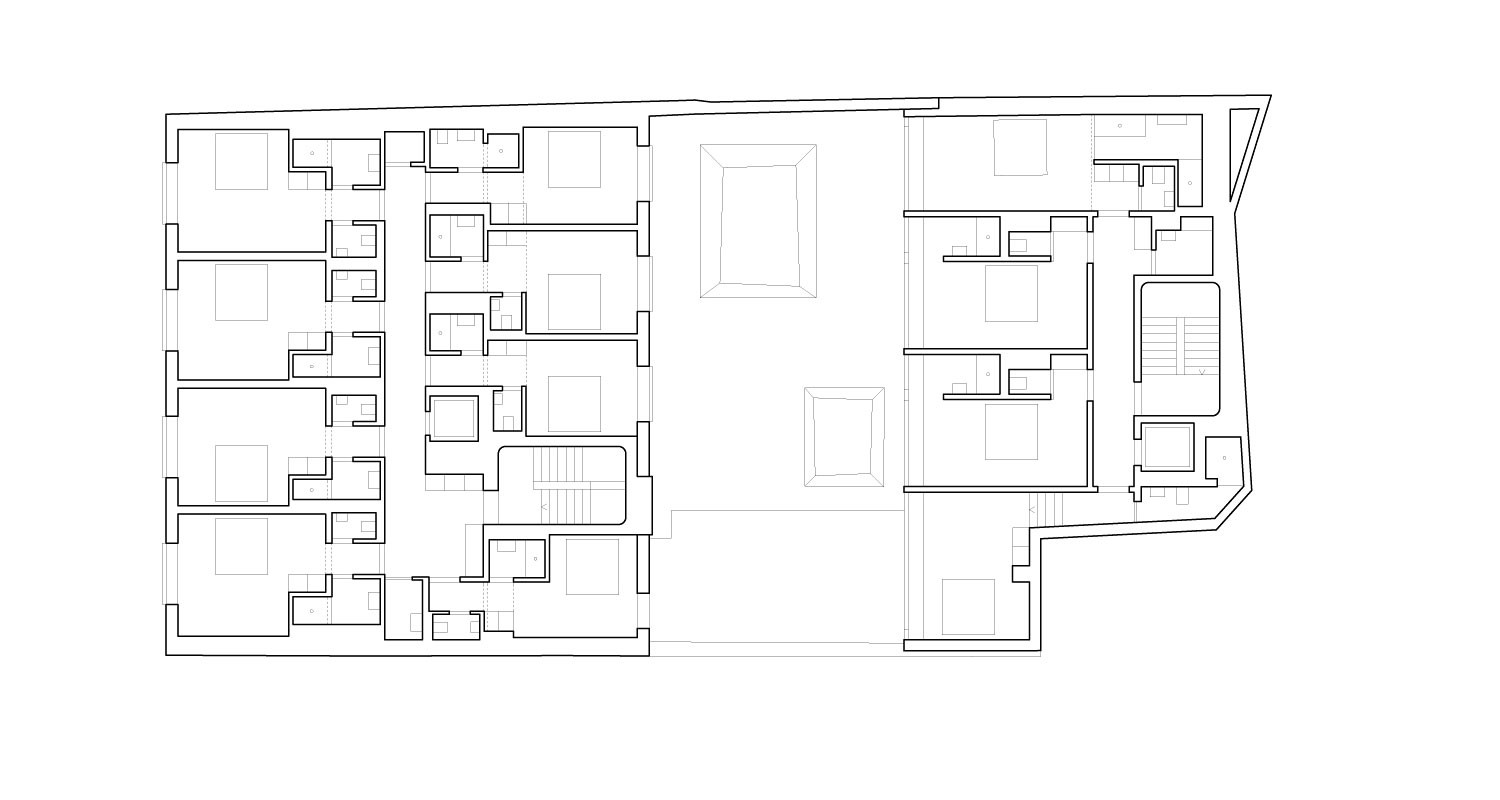