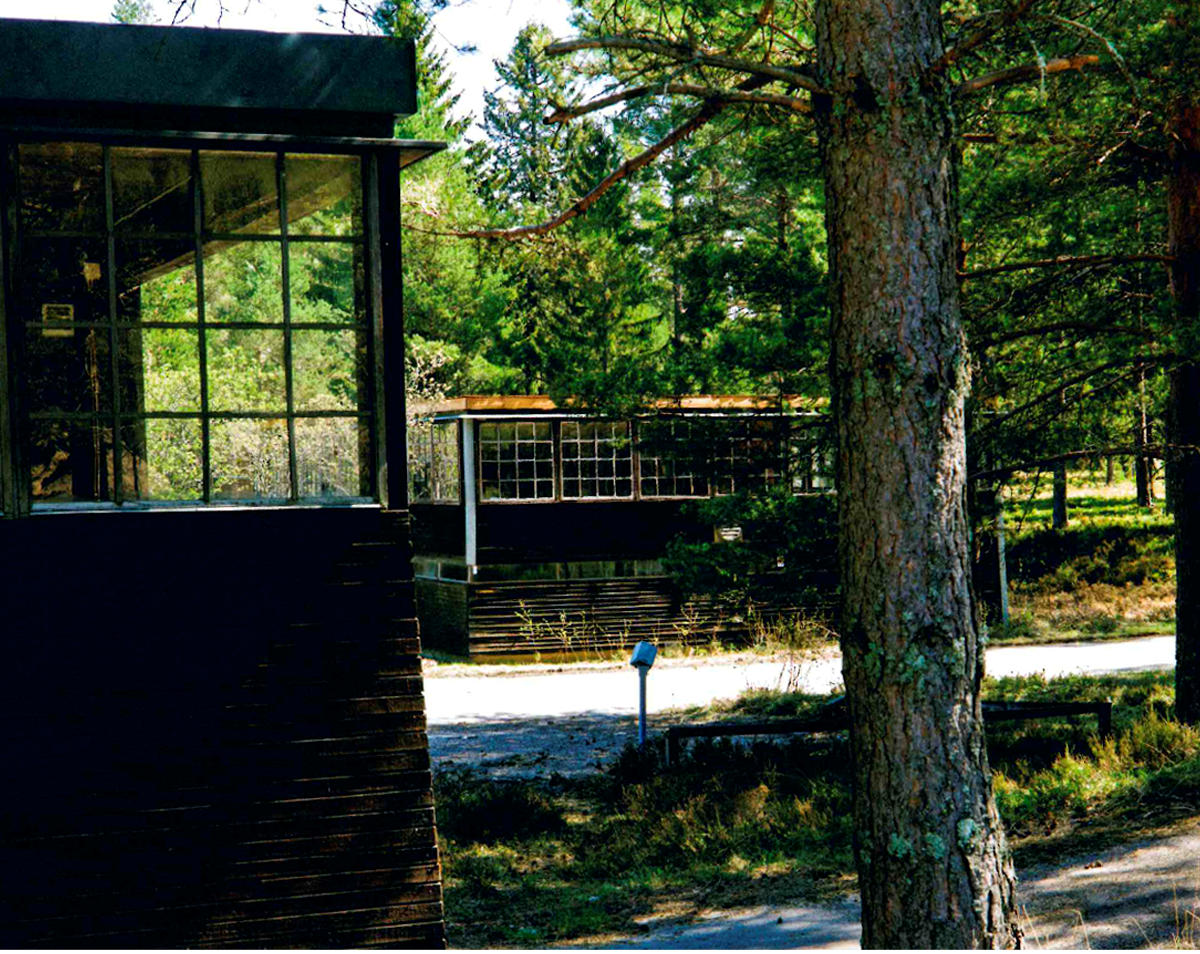 Working with landscape architect Per Friberg, Nyberg made the normal extraordinary. His low-slung composition of three black volumes stretches into the landscape, with exquisite detailing and surprisingly simple plan based entirely on the repetition of a square grid. Of the admittedly banal plan, the architect stated “It is in the execution where richness is born.”

The program’s humble nature did not make for a driving factor to create multiple buildings that frame a space far more hierarchical than the buildings themselves. Uncompromisingly horizontal, the facades stretch articulated by two strips of windows; one high, based on the quadratic proportions of admits diffused light from above while providing a long the ribbon at seated level to view the landscape. At the corners the ribbon windows wrap  with a square bar of acrylic , and the black wooden clad walls slope slightly outward adding to what are many strange details, showing both a sophistication in dealing with material but also a willingness to experiment. Currently, only one building remains. Recently the exterior has been restored, and empty steel frames have been erected in remembrance of its two previous partners in this ensemble. This would be Nyberg’s only building in wood until a decade later when the material was revisited for a prefabricated house for the Japanese market.

The program for the complex was a consolidation of various utilitarian spaces such as a garage, workshop, storage and rooms for the staff. These functions had to be subsumed into the sensitive environment of the cemetery , which demanded no other language than simplicity. Three parallel houses dressed in laminated wood strips combine to form a central courtyard. To peer through glass, mounted on a surface, marks another kind of simplification, emphasizing the relationship to the exterior. 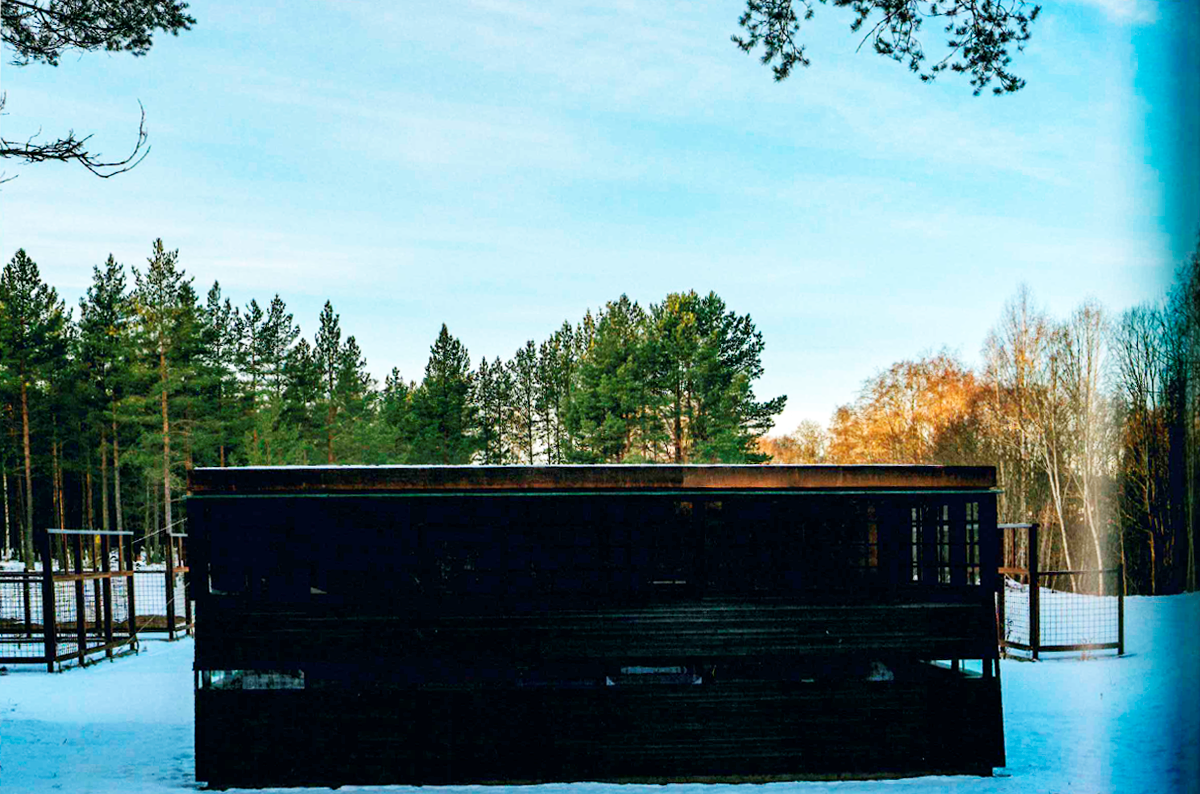 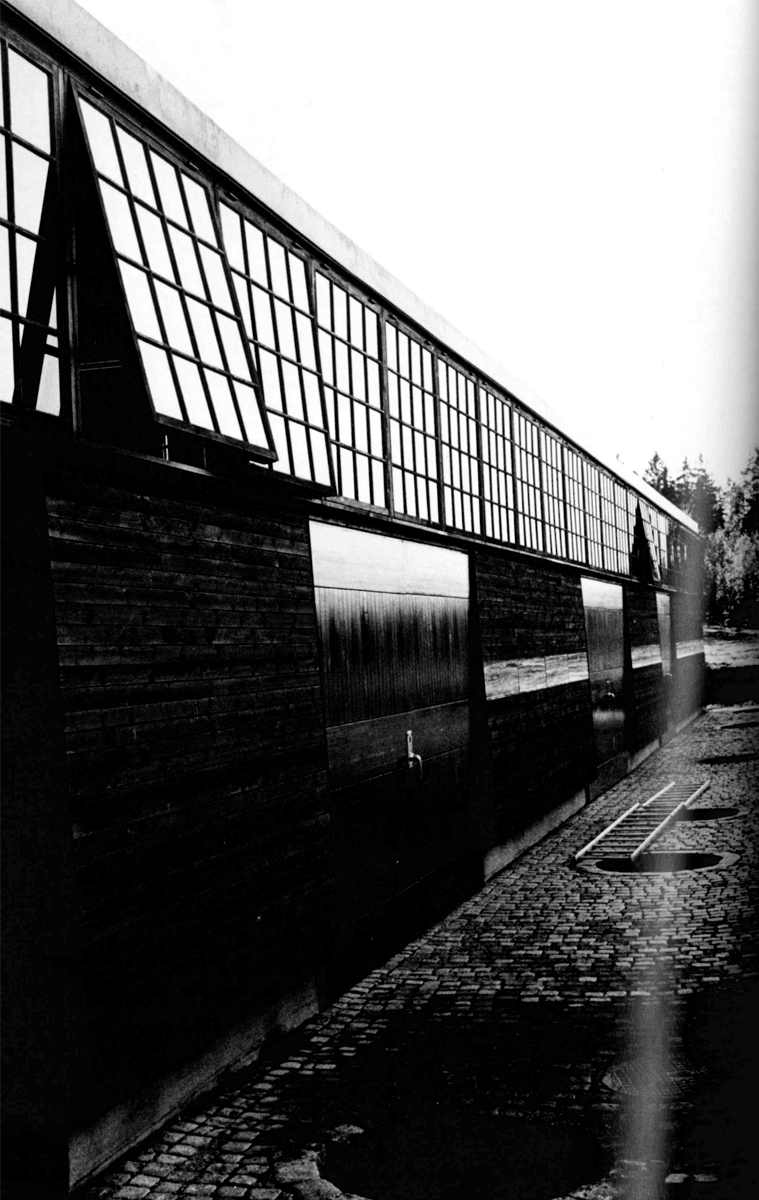 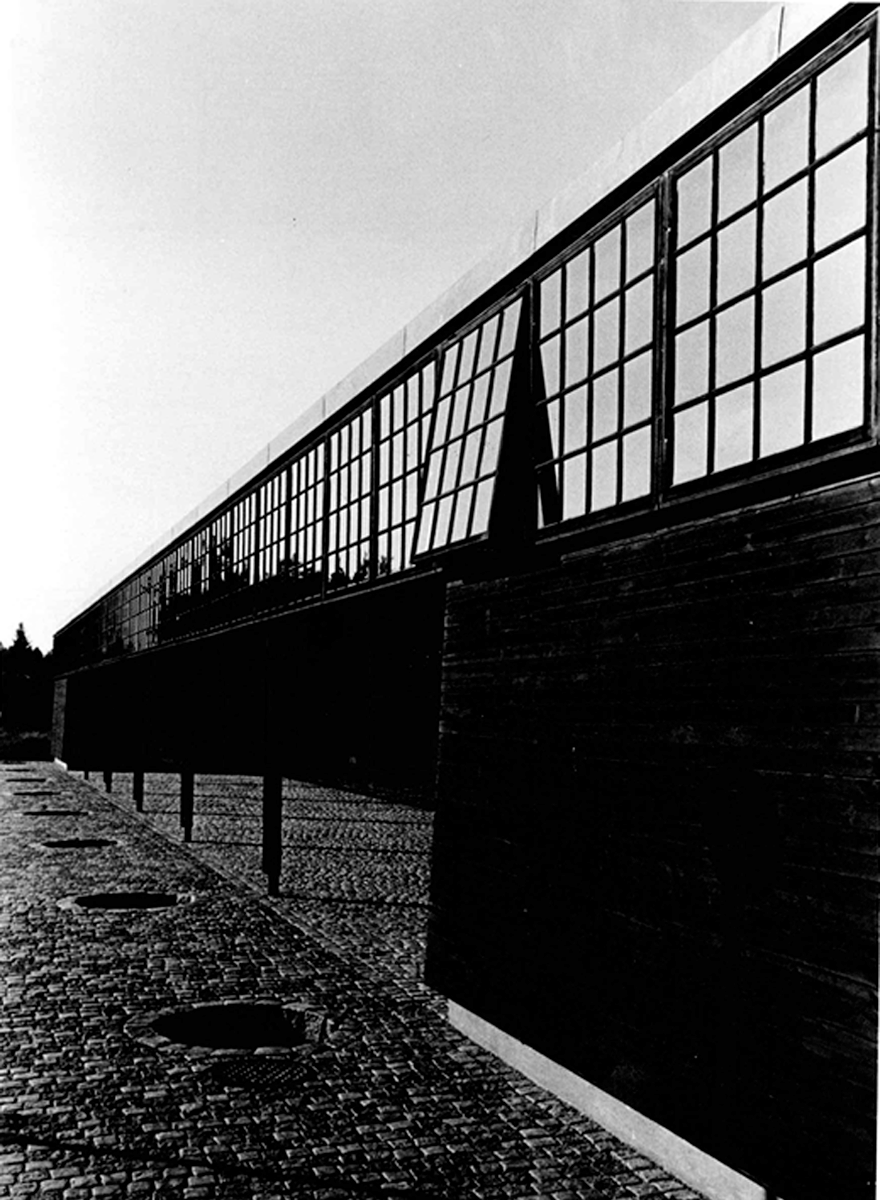 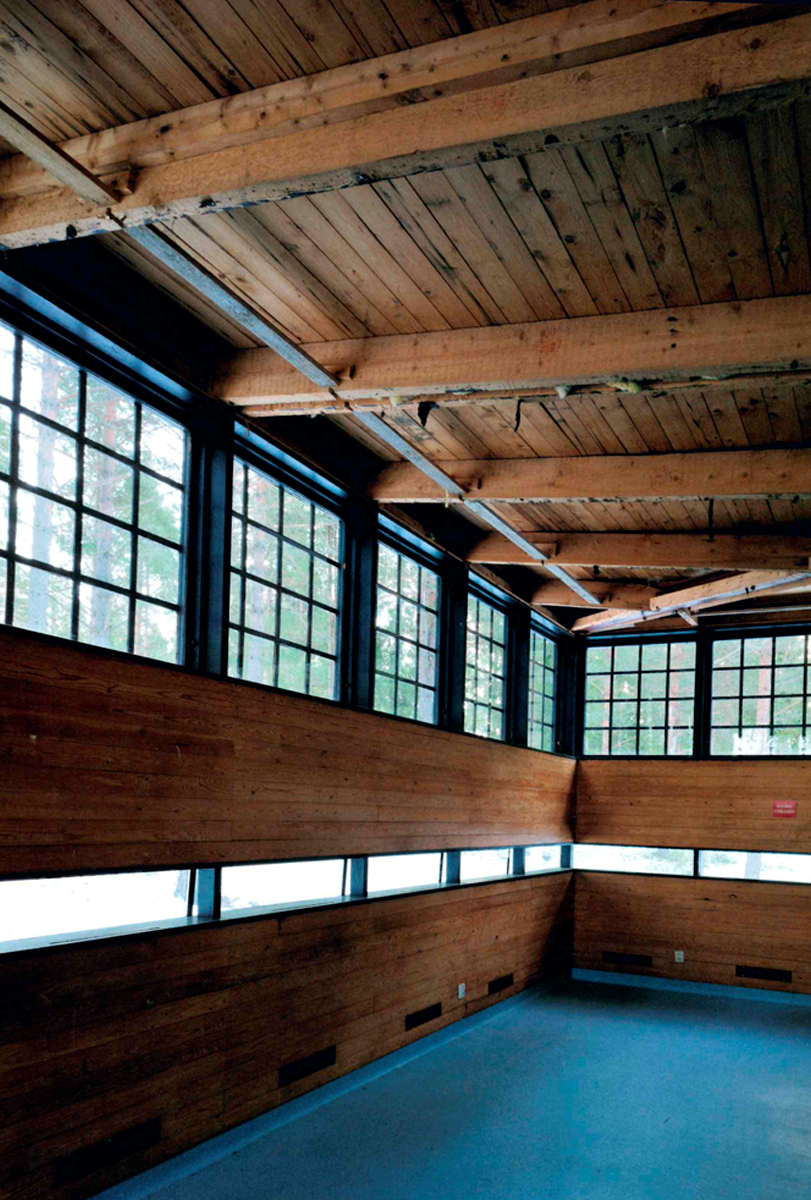 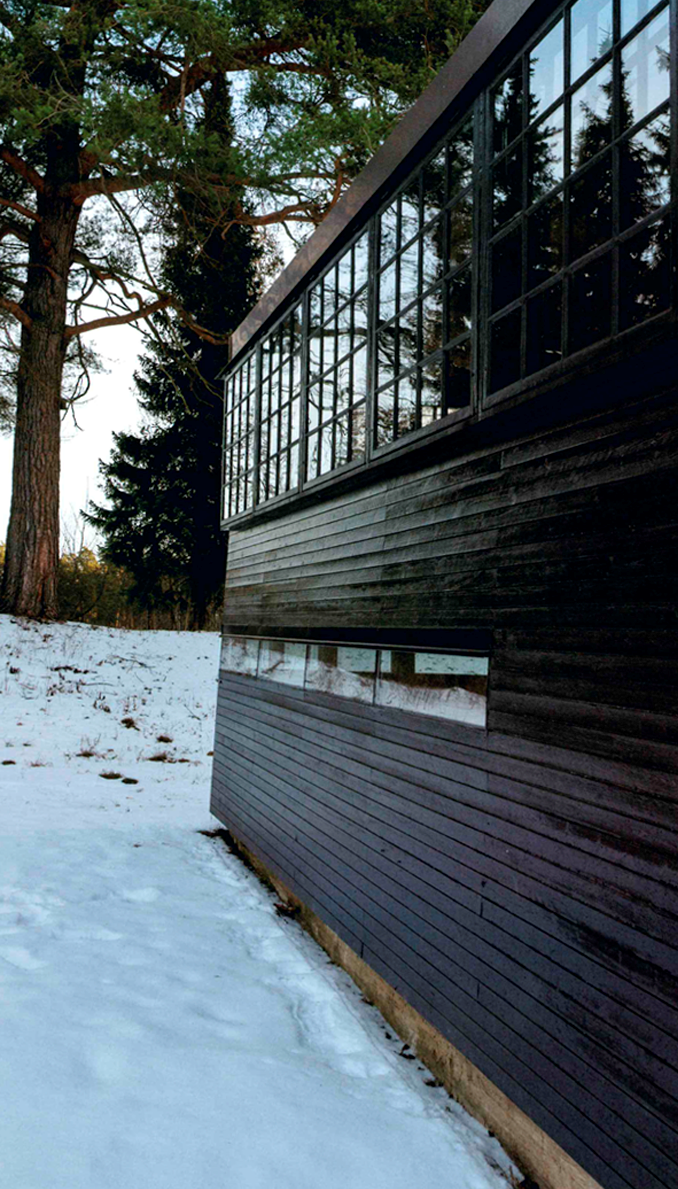 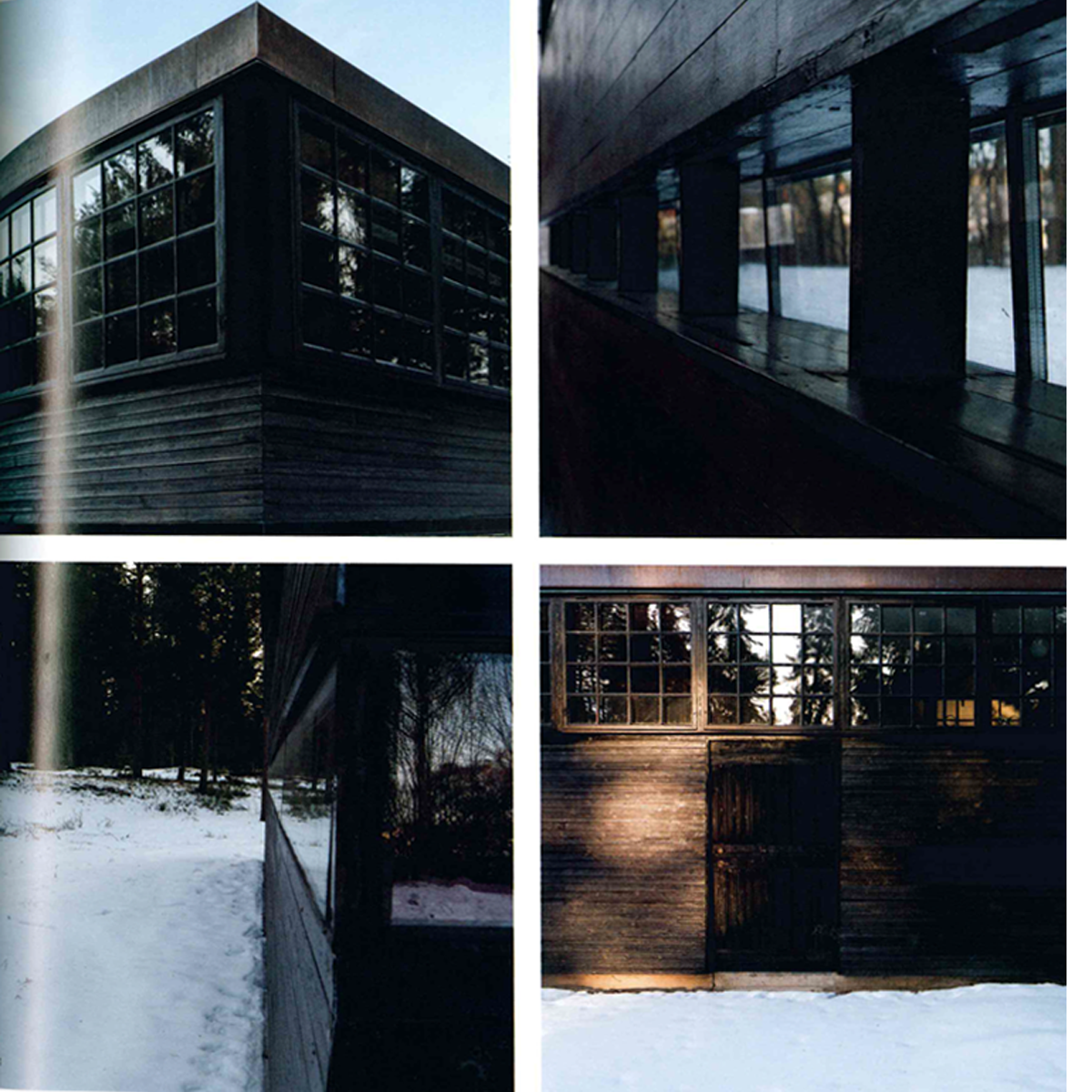 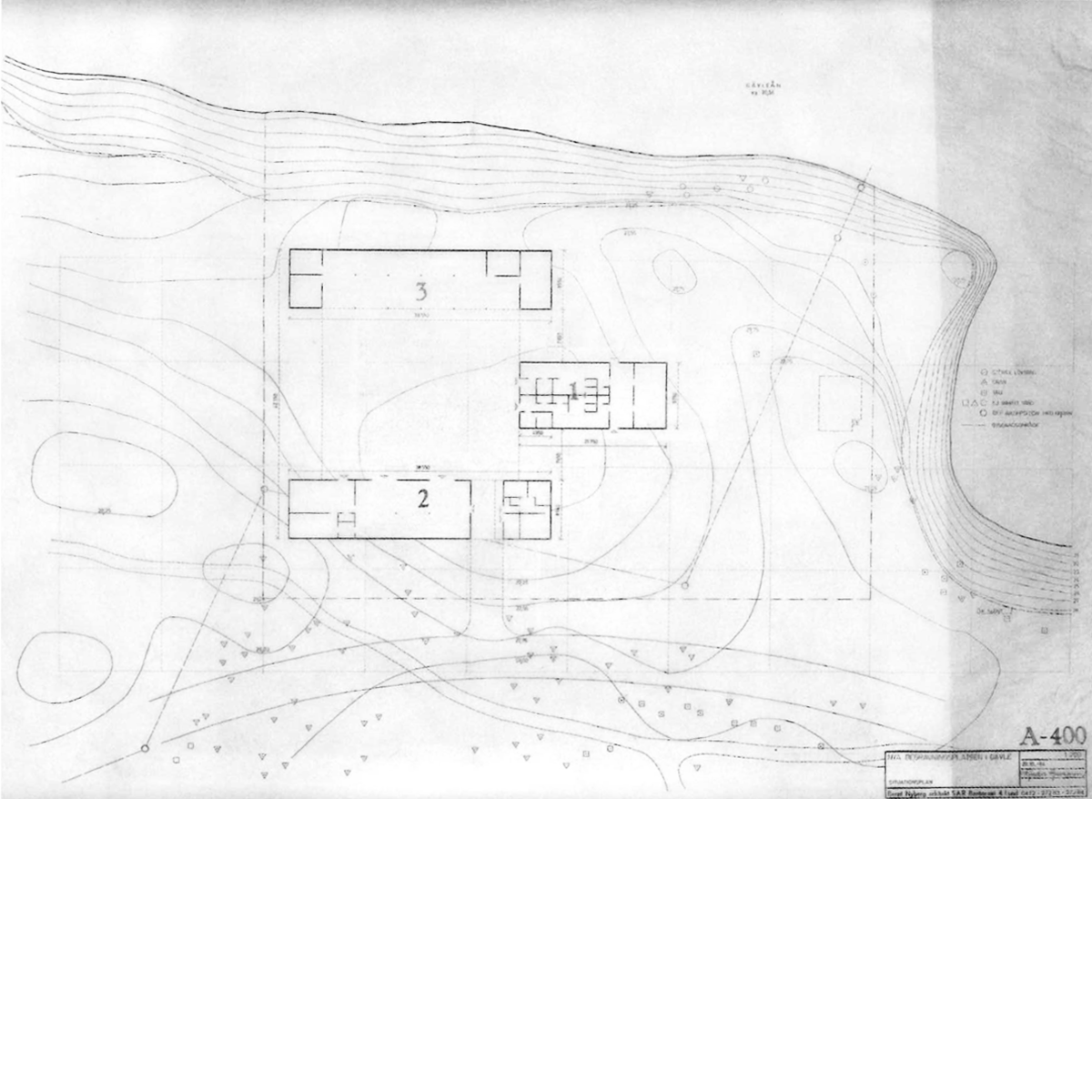 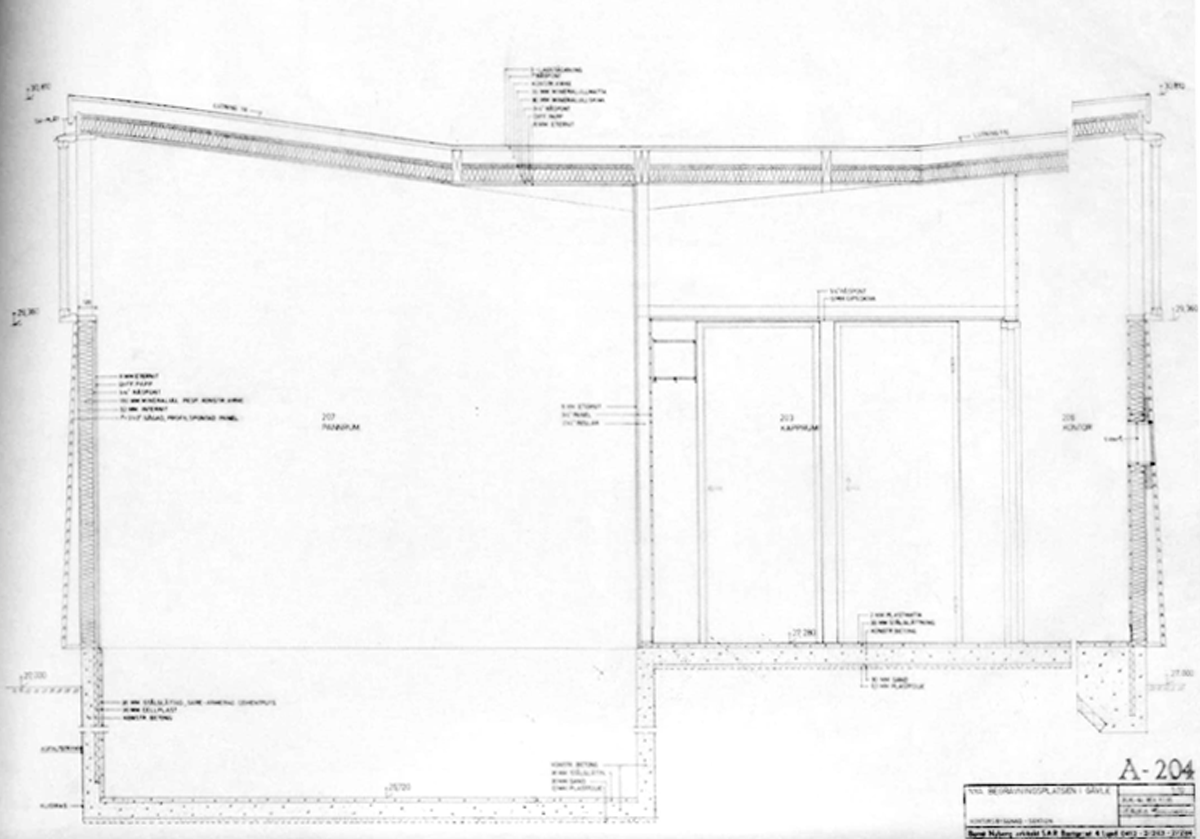 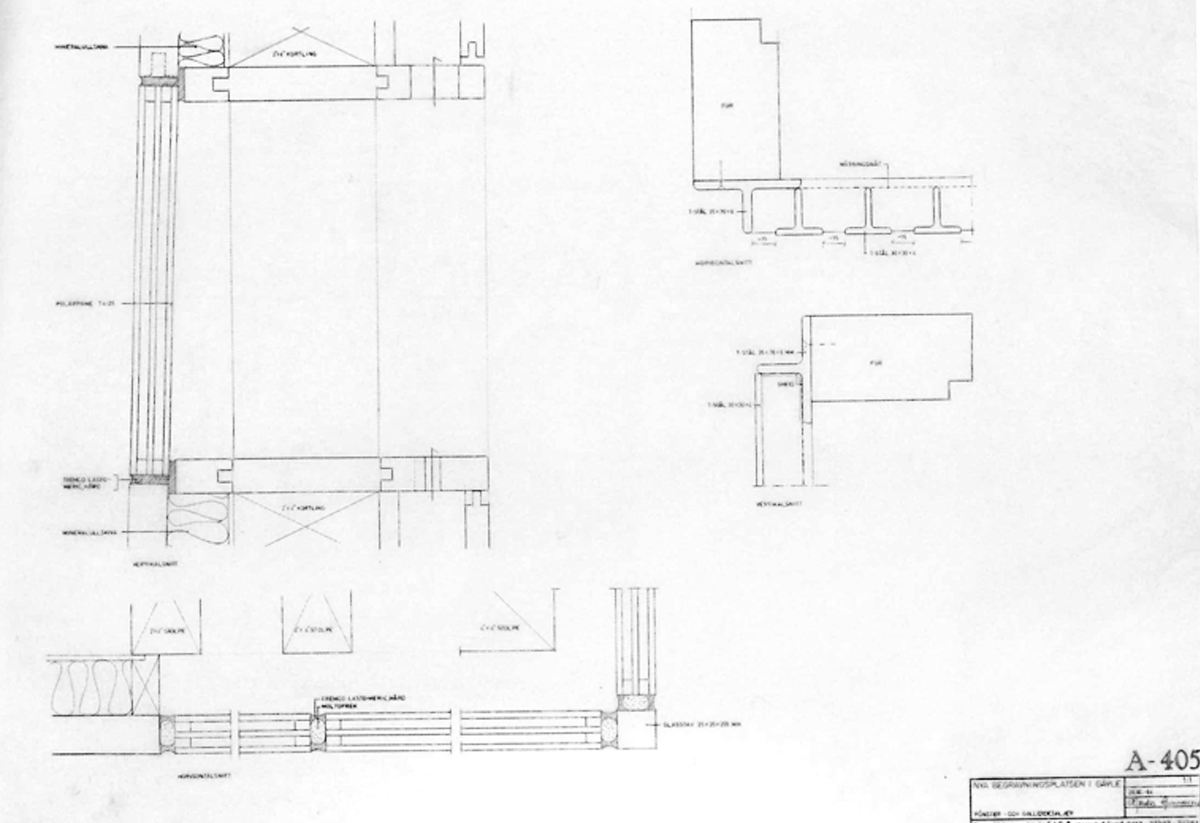