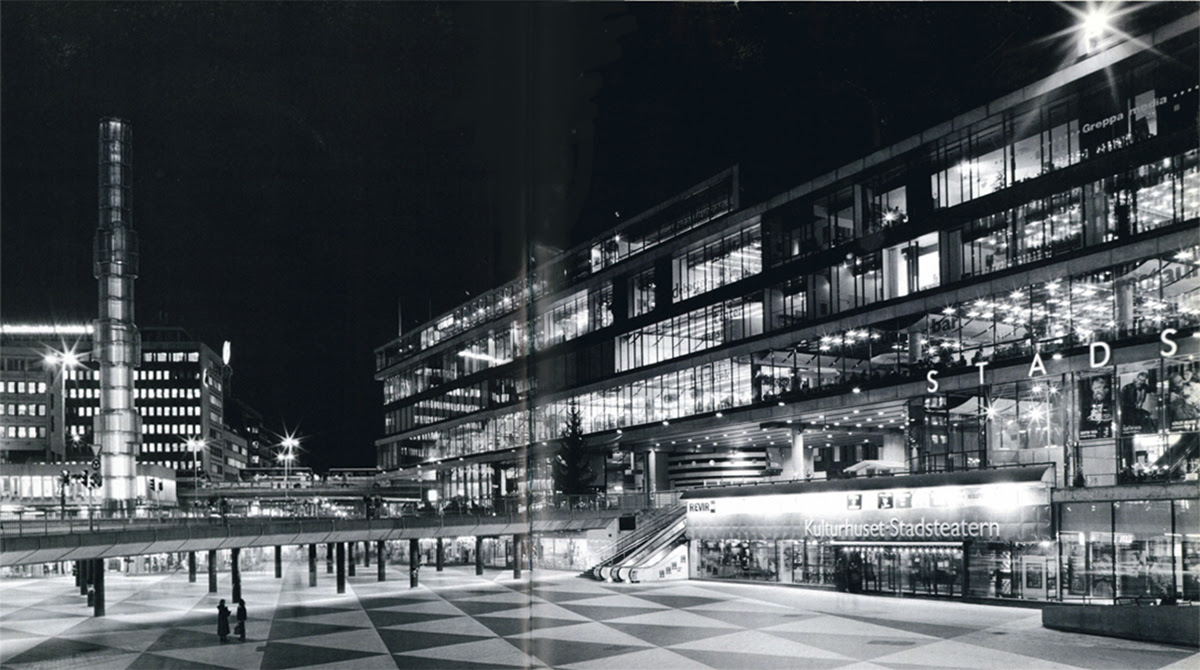 Designed and built by Peter Celsing, the Kulturhuset is located on Sergels Torg in Stockholm, one of the busiest squares in the Swedish capital. This complex was conceived as a “cultural oasis” in the new business and commercial center. In this area of the city, from the 1950s to the early 1970s, the old structure and architecture of Stockholm, and partly even the topography, was almost completely replaced. The building which opened in 1974 is considered the most famous work of Peter Celsing, apart from his sacral buildings.

Towards the Sergels Torg, the facade is mainly made of glass, so that the building opens up to the public and gives the culture the desired presence to the square. In contrast, the backside of this elongated structure is completely closed. The exposed concrete structure is one of the most striking features of this building. On the lower floor there is an open library, on the upper floors there are rooms for exhibitions. Originally, the Moderna Museet was intended to occupy large parts of the building, however, the museum withdrew from these plans in 1969.

The building complex consists of two main components, with the aforementioned concrete and glass building complemented by the theater, which rises above a simple, square floor plan. The facades of the theater are made of stainless steel panels, which also emphasize the horizontal. The main façade of the square is in dialogue with Edvin Ohrstrom’s vertically rising steel-and-glass sculpture Kristallvertikalaccent ‘, which is located on the square about 10 meters below. 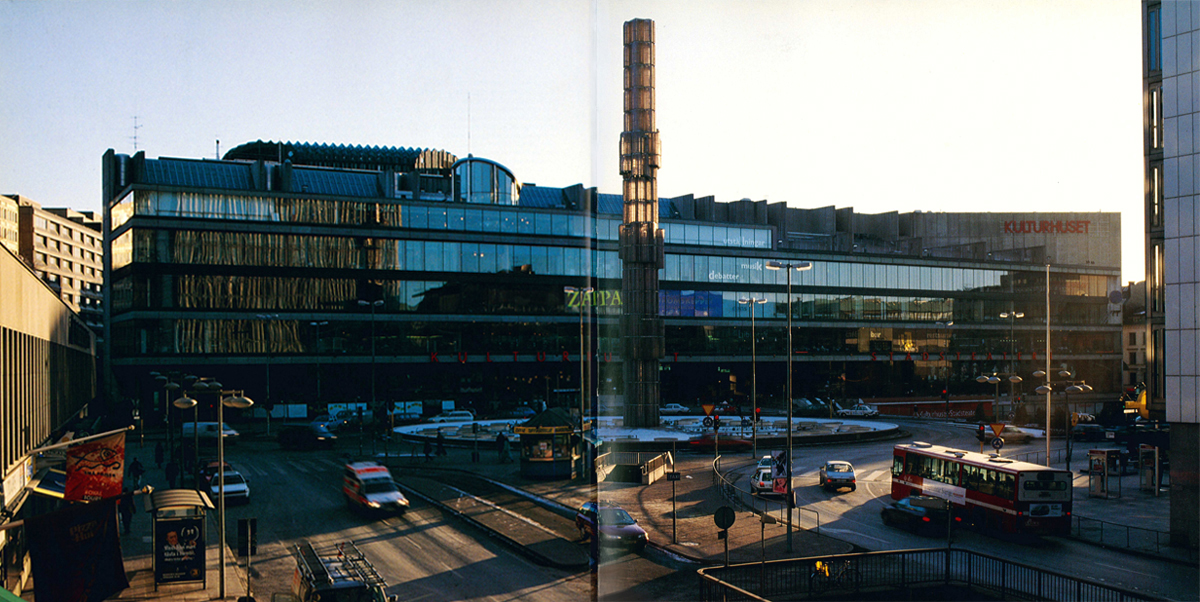 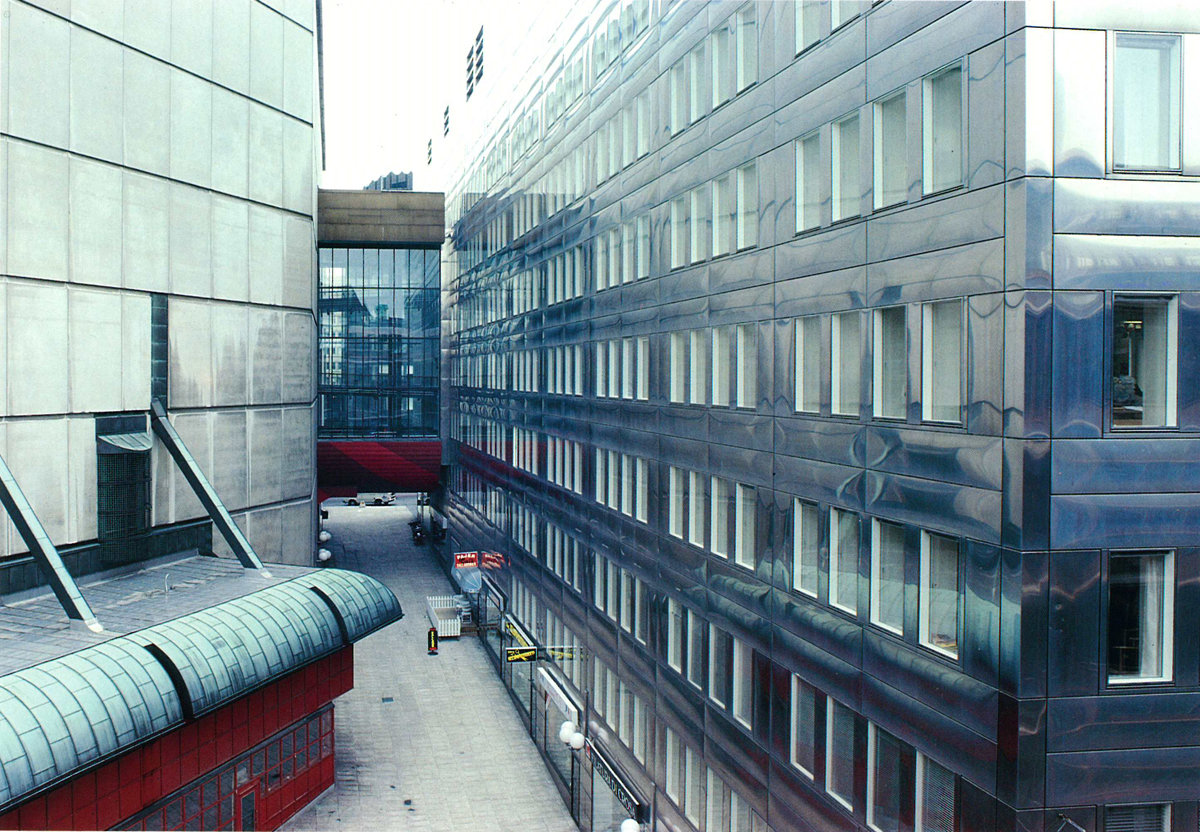 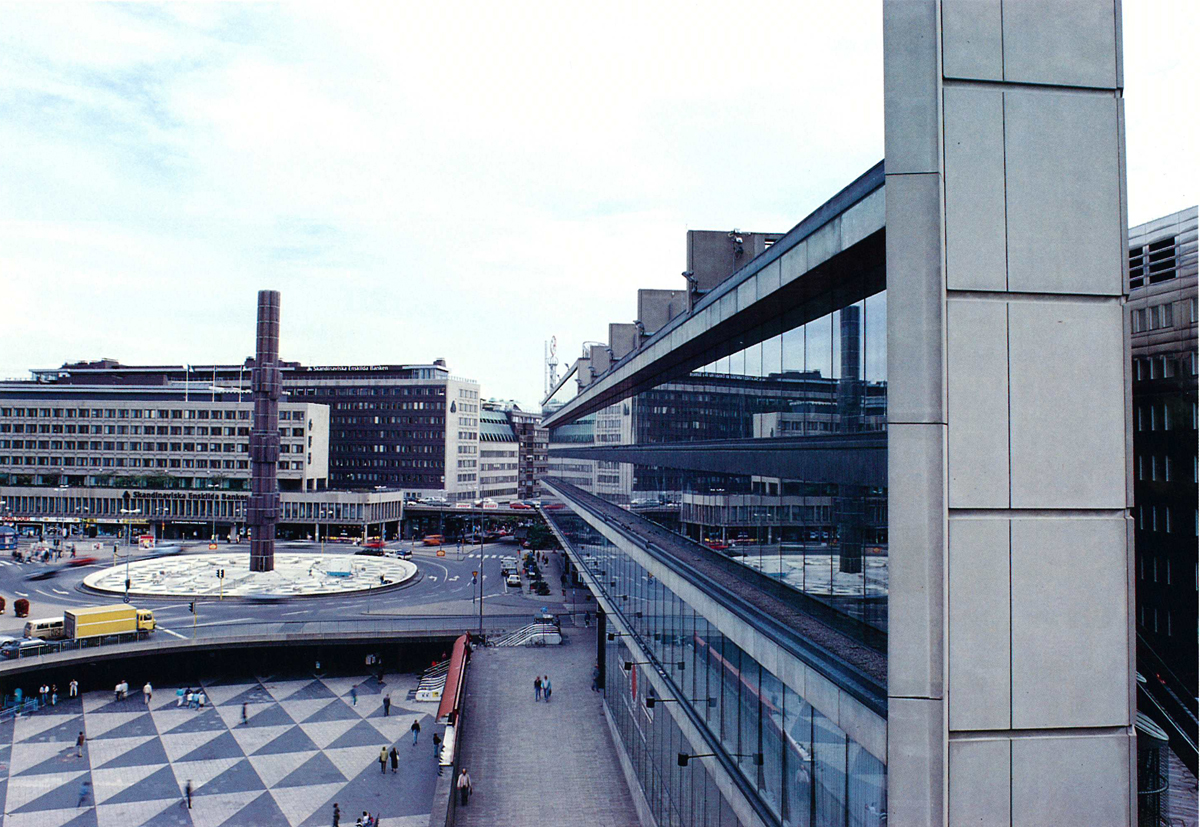 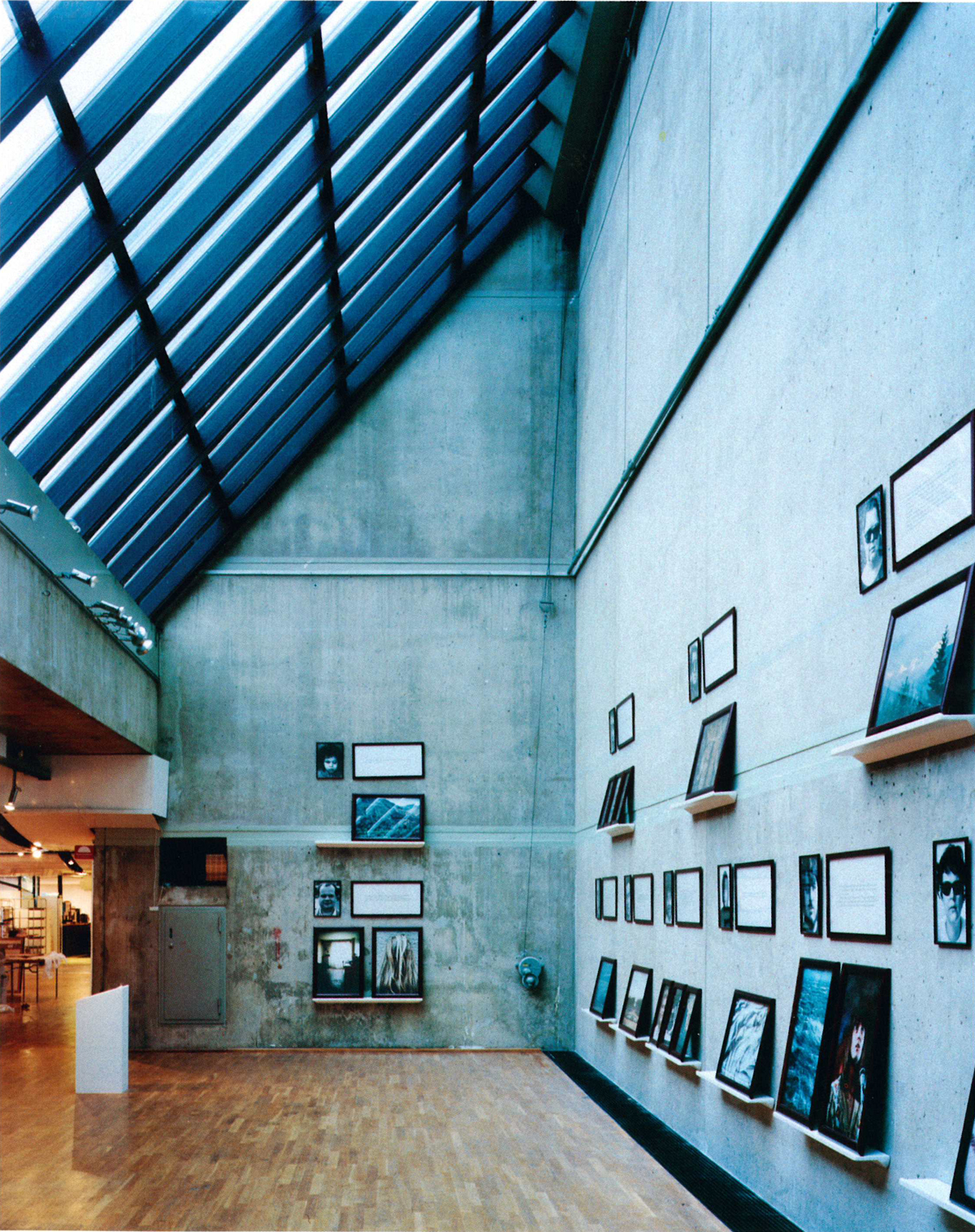 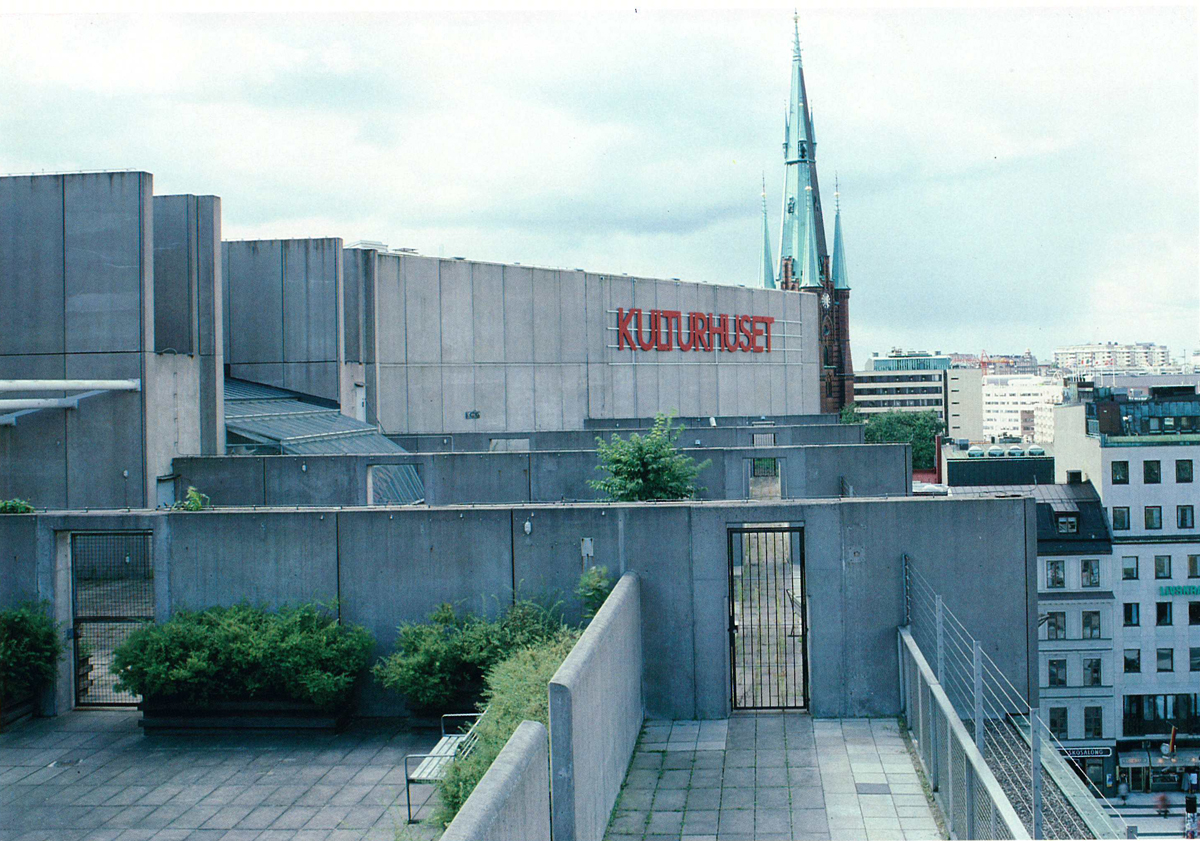 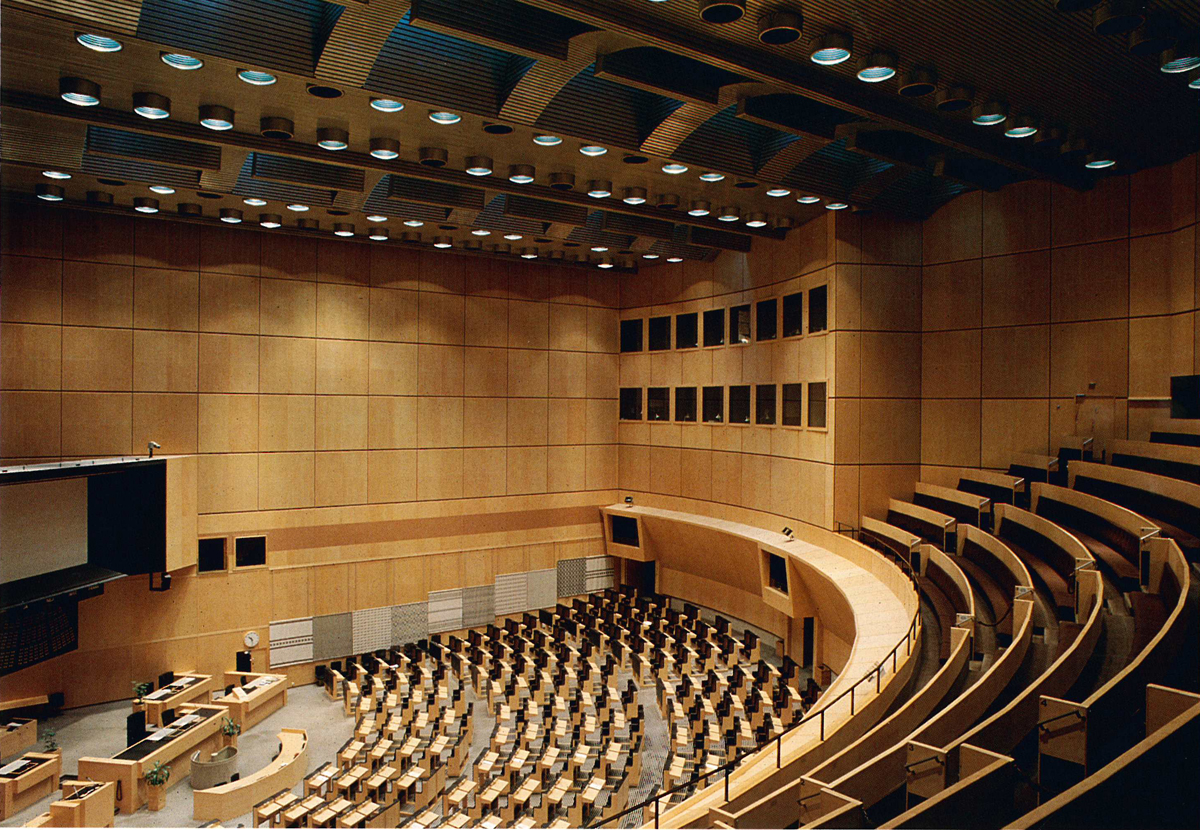 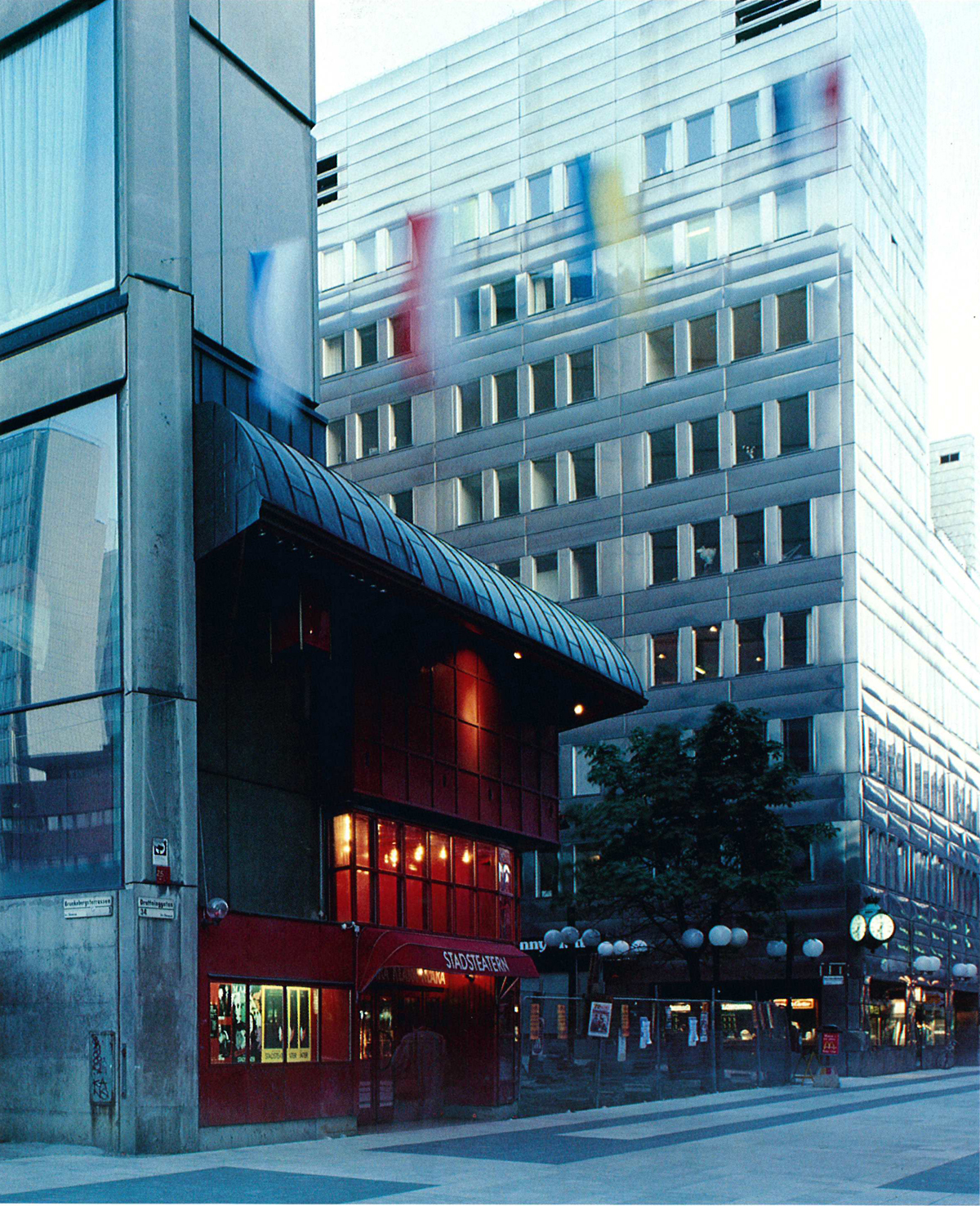 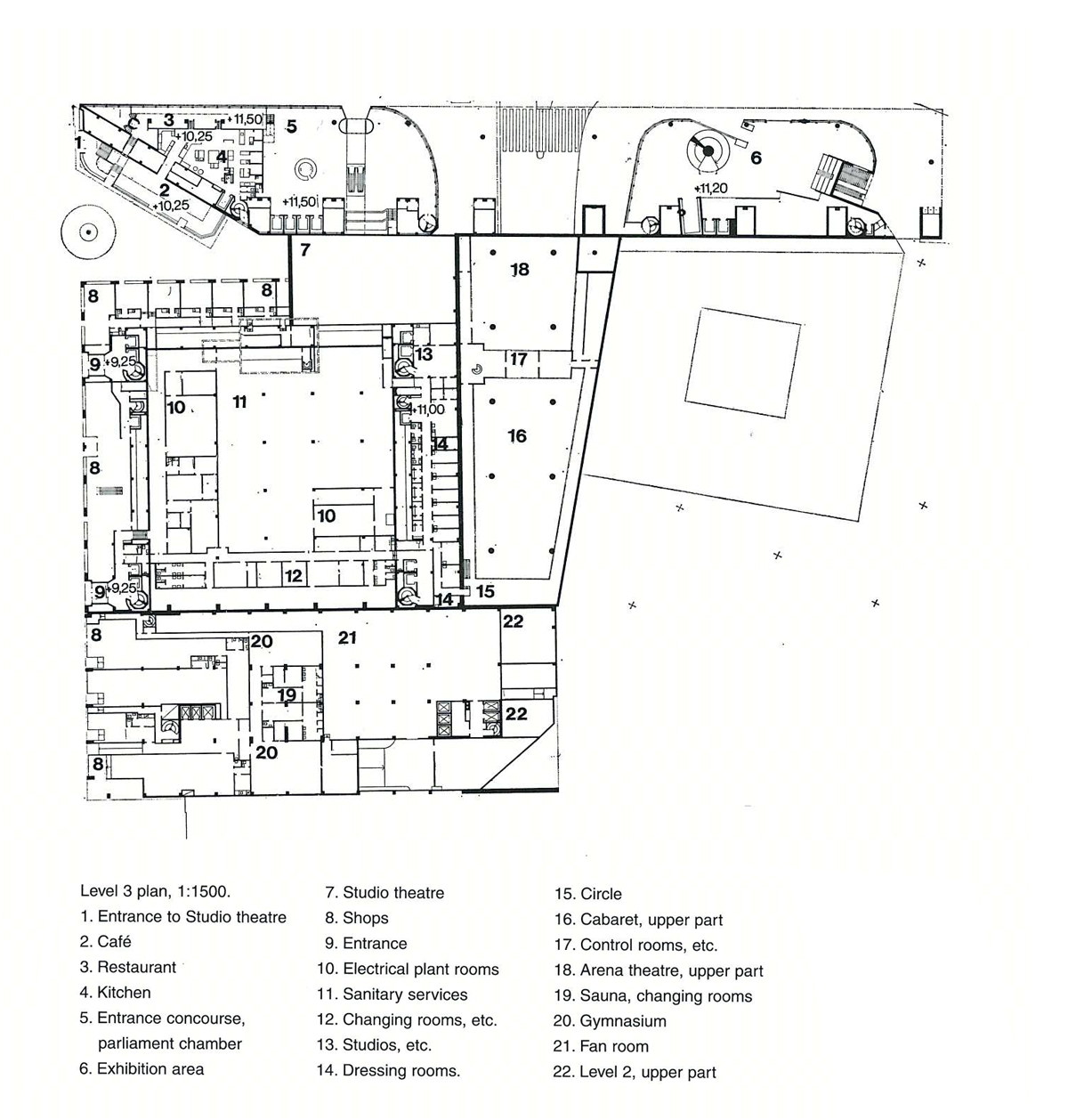 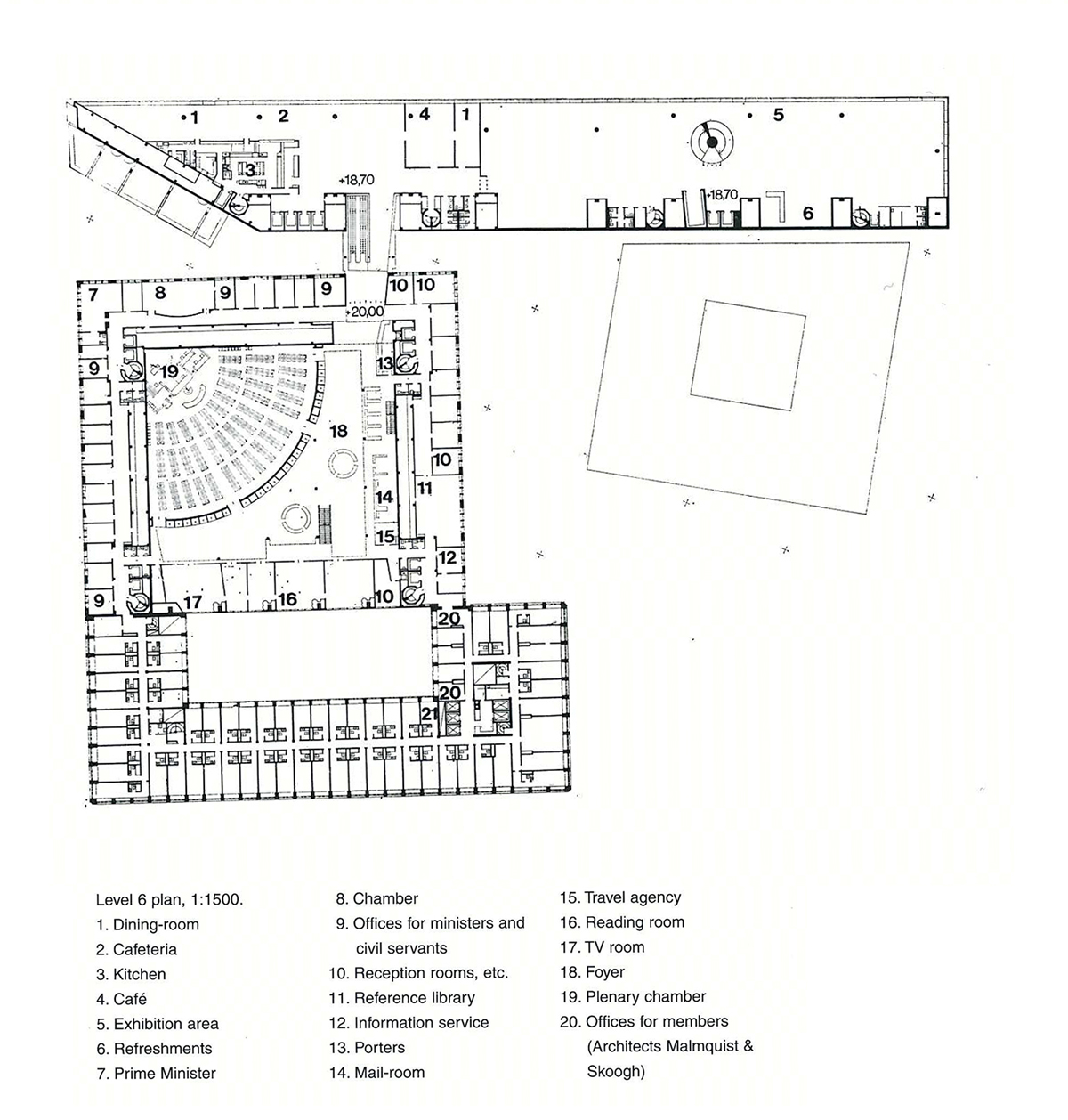 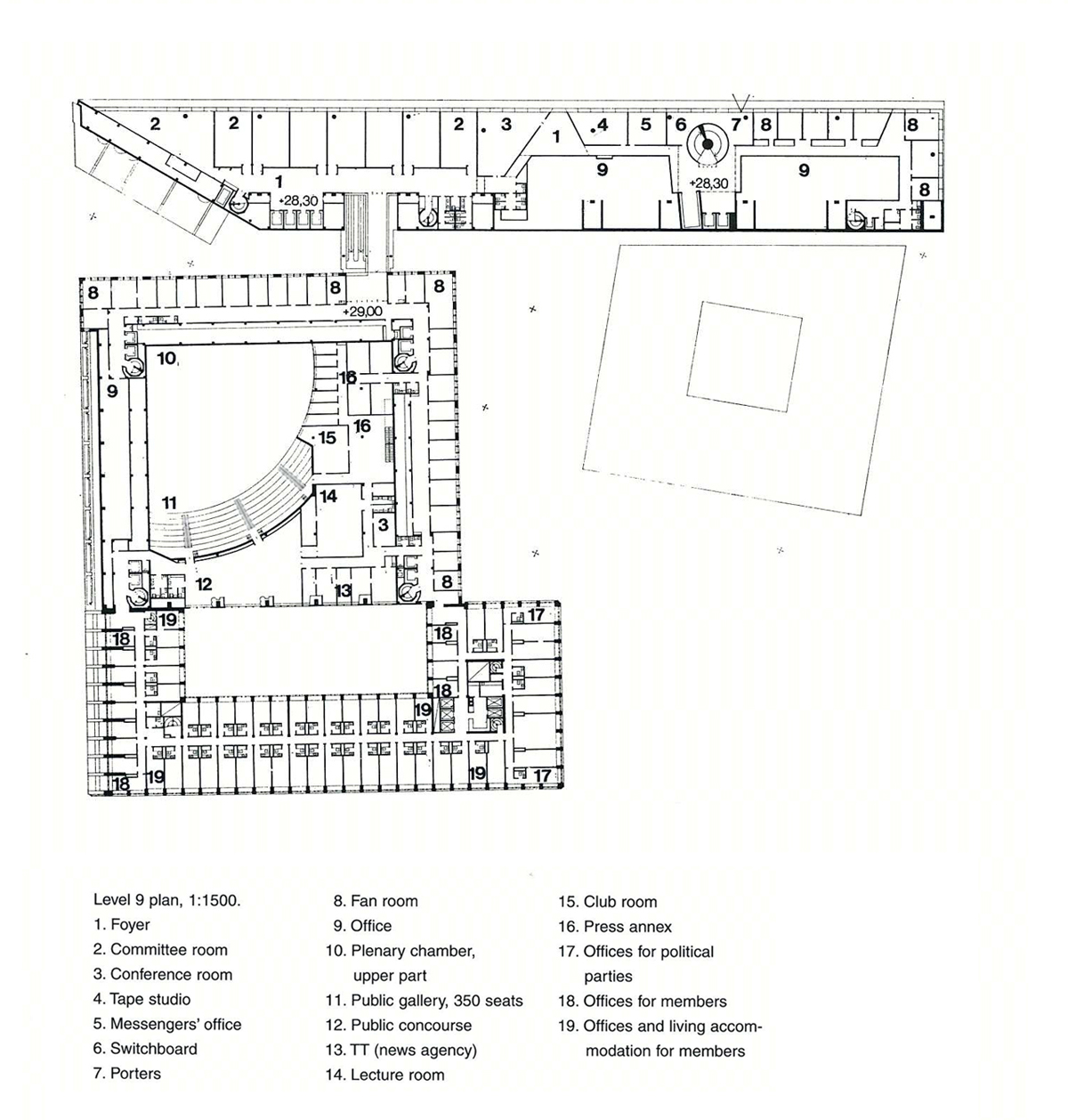 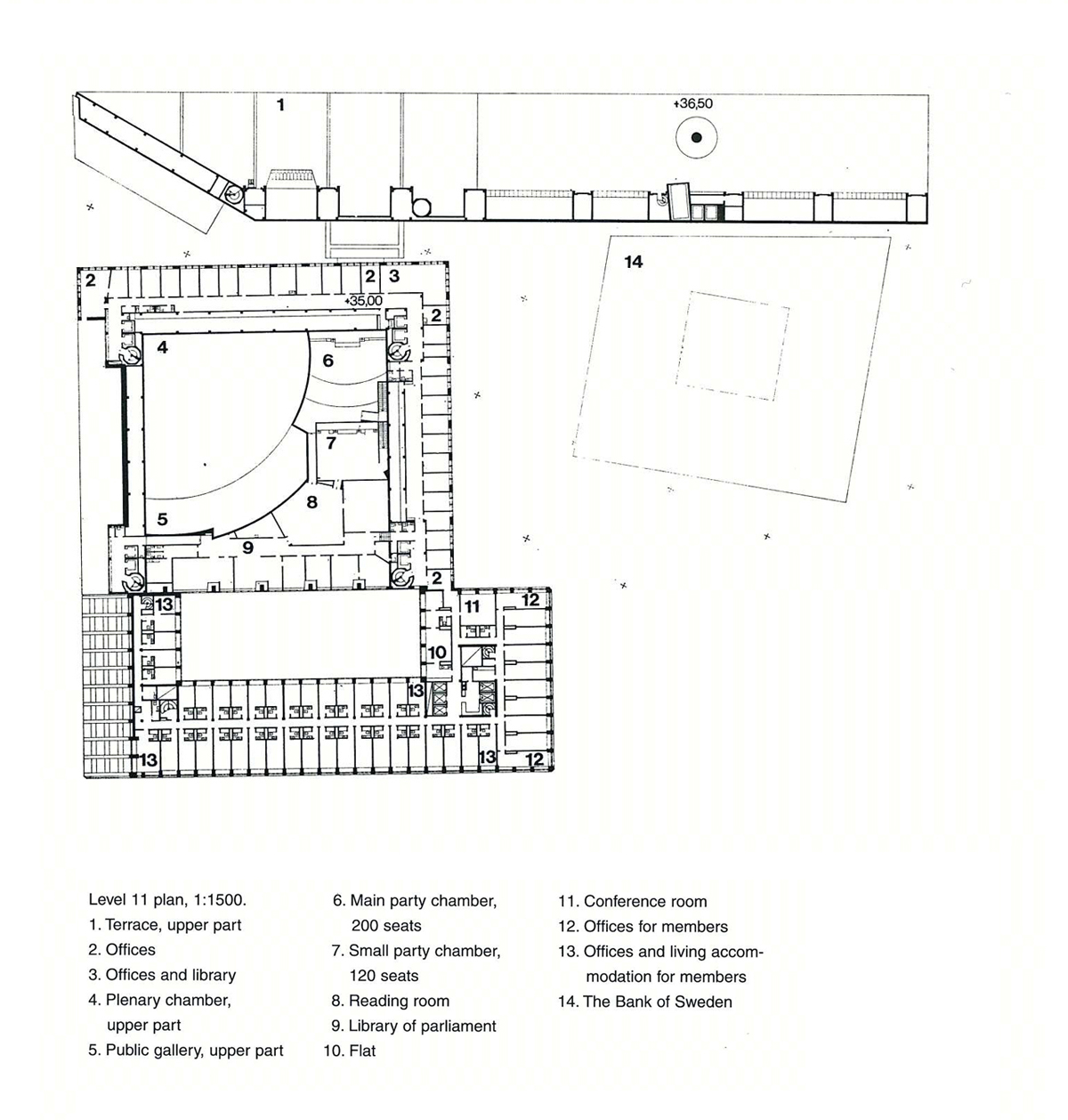