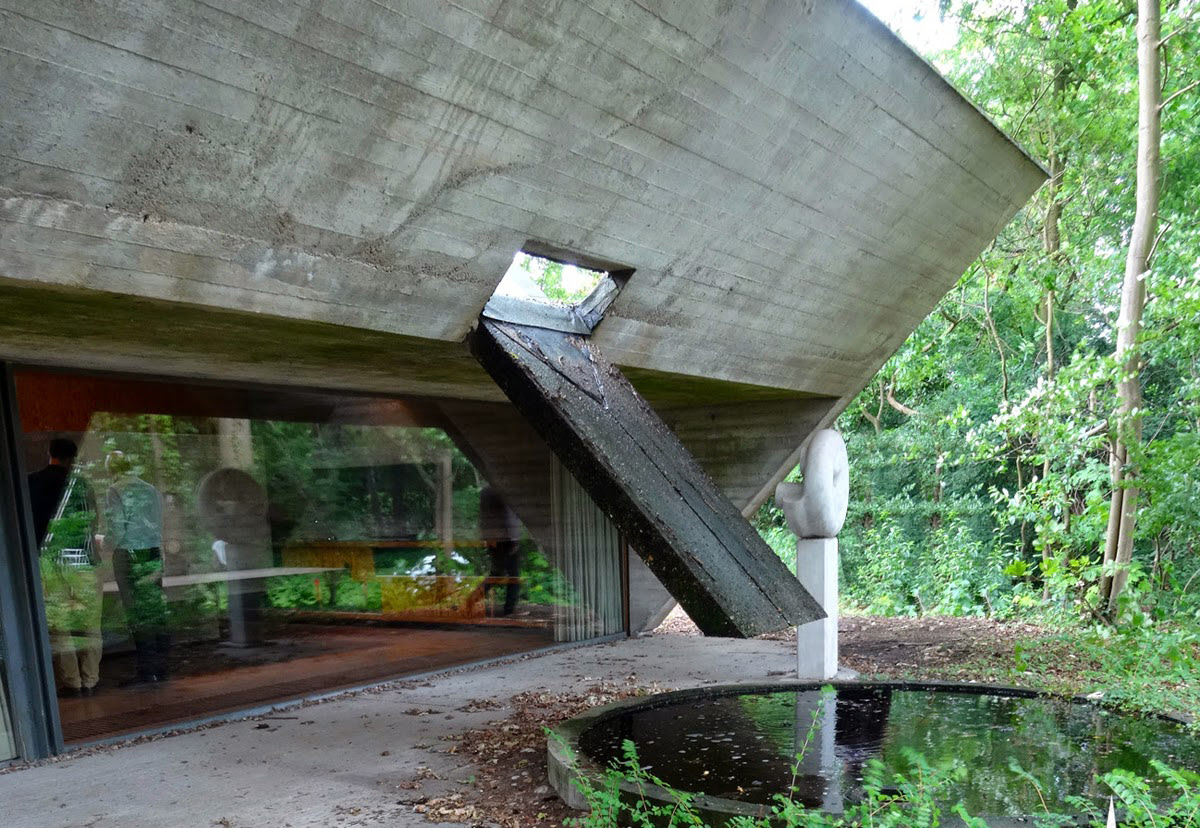 In 1972, Juliaan Lampens received the commission from Albert Van Wassehove, a professor with interest in art and architecture, to build a house in middle class residential area near Ghent. Lampens started to stand out as an architect after the Brussels Expo of 1958 making a series of projects in concrete with specific references to the architecture of Mies Van der Rohe and Le Corbusier.

Villa Van Wassenhove is a project that, at the same time, is featured by the shape of its concrete shell as well as the distribution of its free plan. The continuous concrete structure creates an external and internal topography that defines a home without partitions where a subtle layout plan defines the specific spaces. A series of geometries in plan and elevation delimit the specific functions: the sleeping area is a cylinder, the kitchen cover is a triangle and the office is a square. In the exterior, a water tank is also defined by a cylinder. The housing is finished with glass opening and wood cladding, being a contrast with the roughness of the concrete.

In 2012, after the death of Albert Van Wassenhove, the house was bequeathed to the University of Ghent that, lately, lent it to the Dhondt-Dhaenens Museum. After its renovation in 2015, it is used for a residency program and it can also be rented for short stays to architecture aficionados. Two days a year, the house is open to the general public. 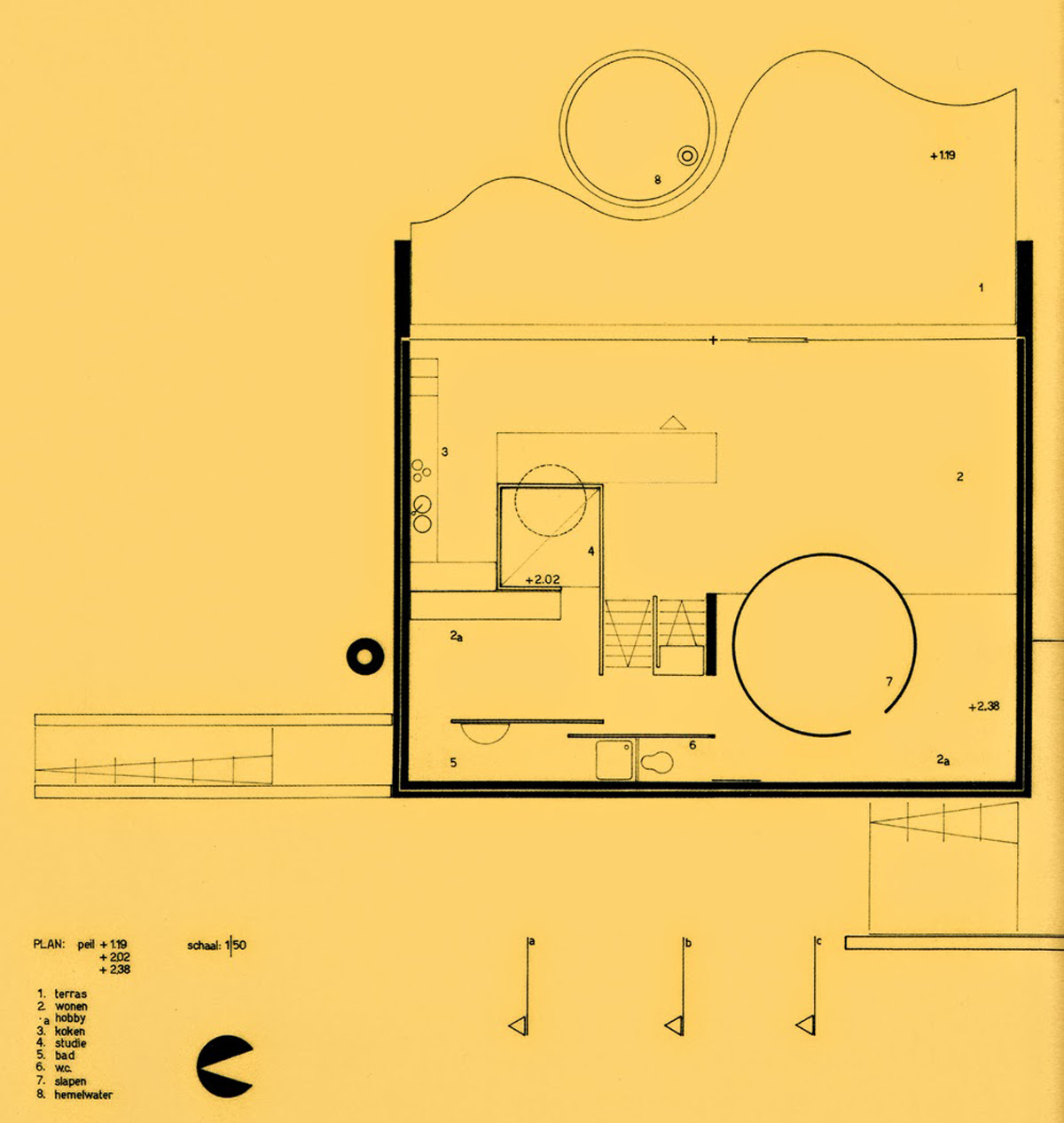 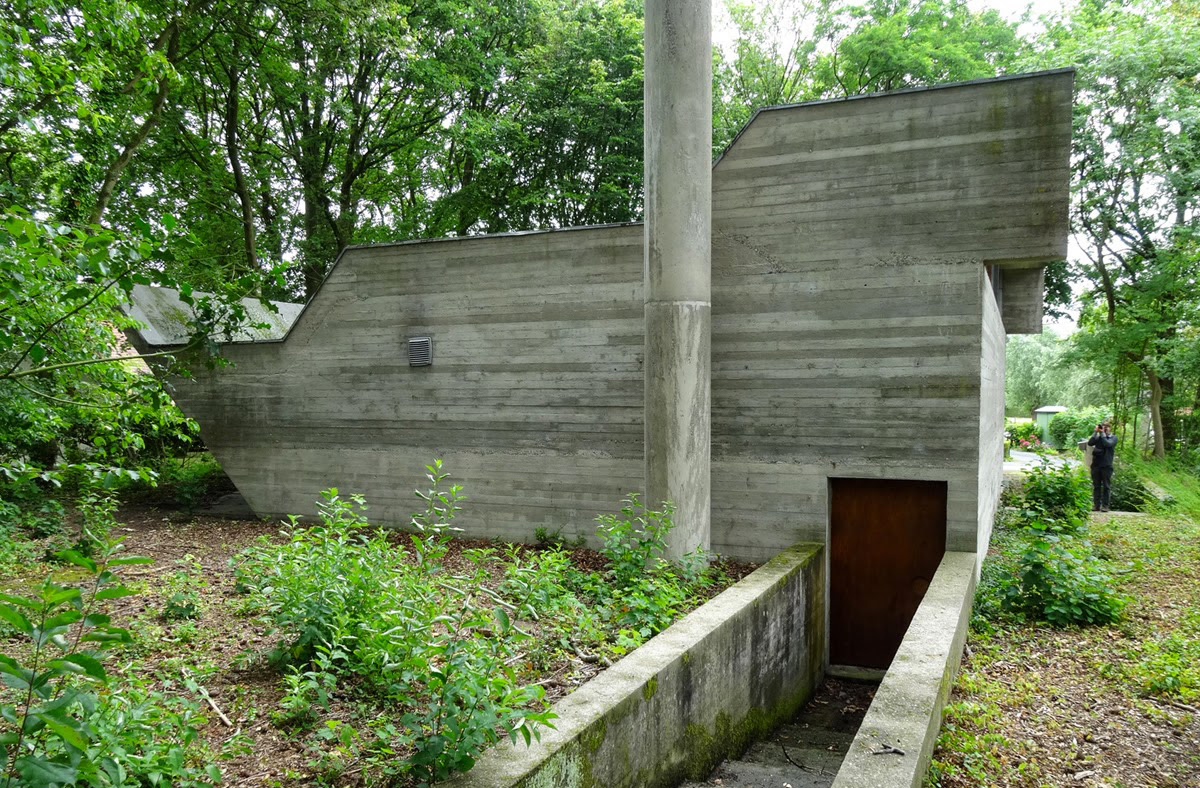 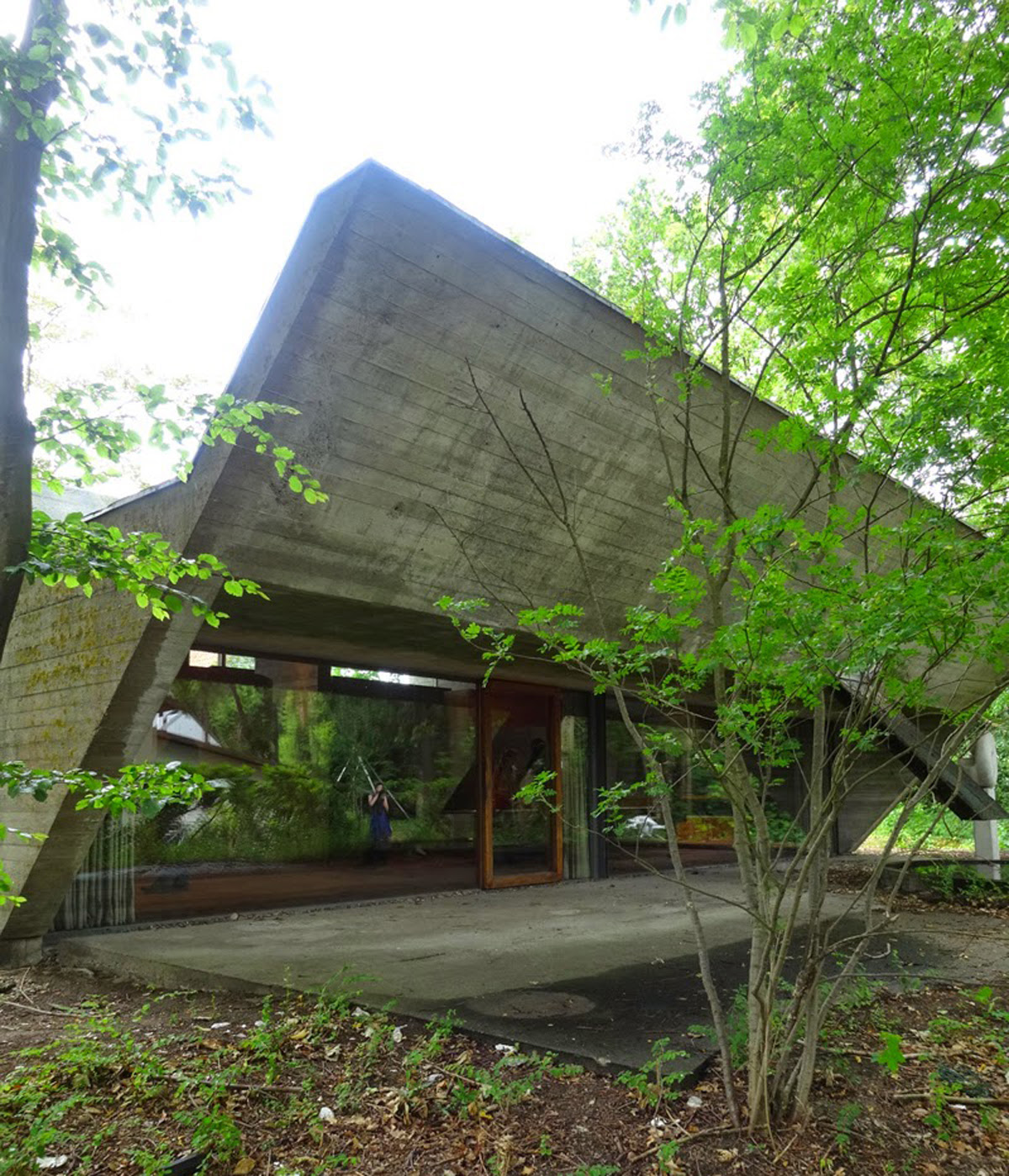 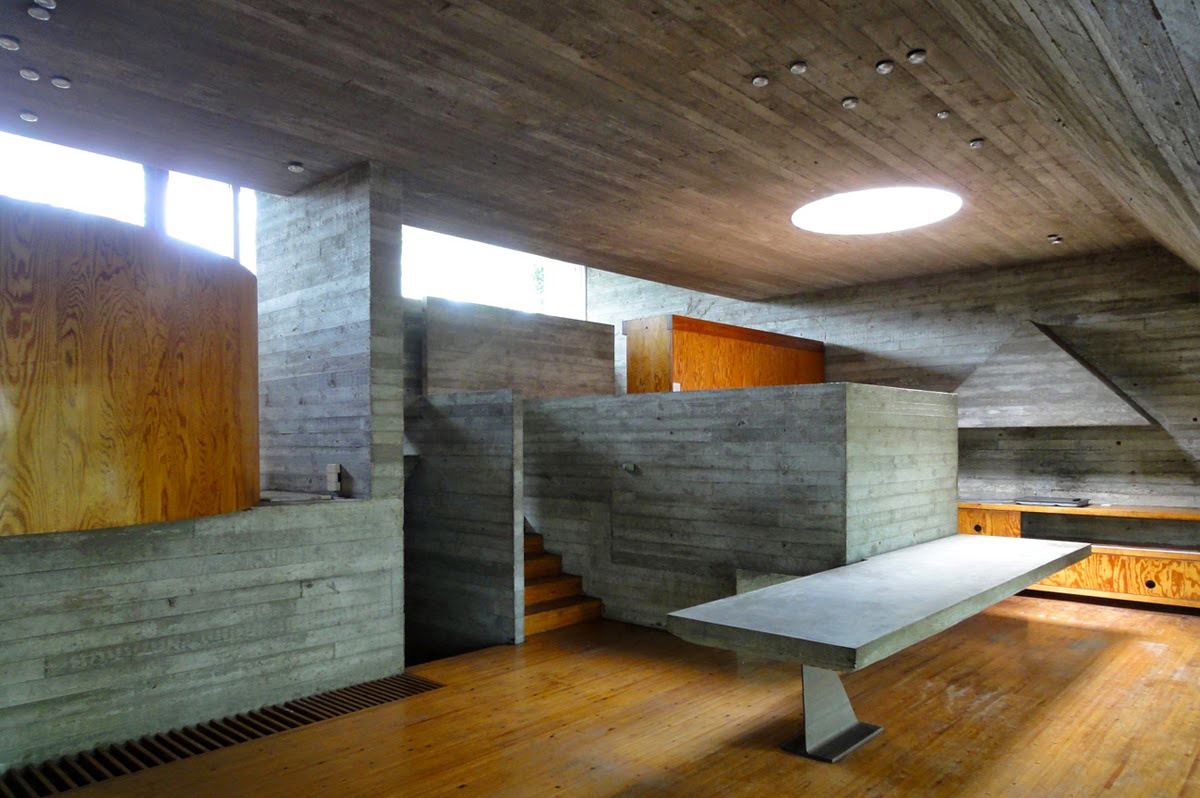 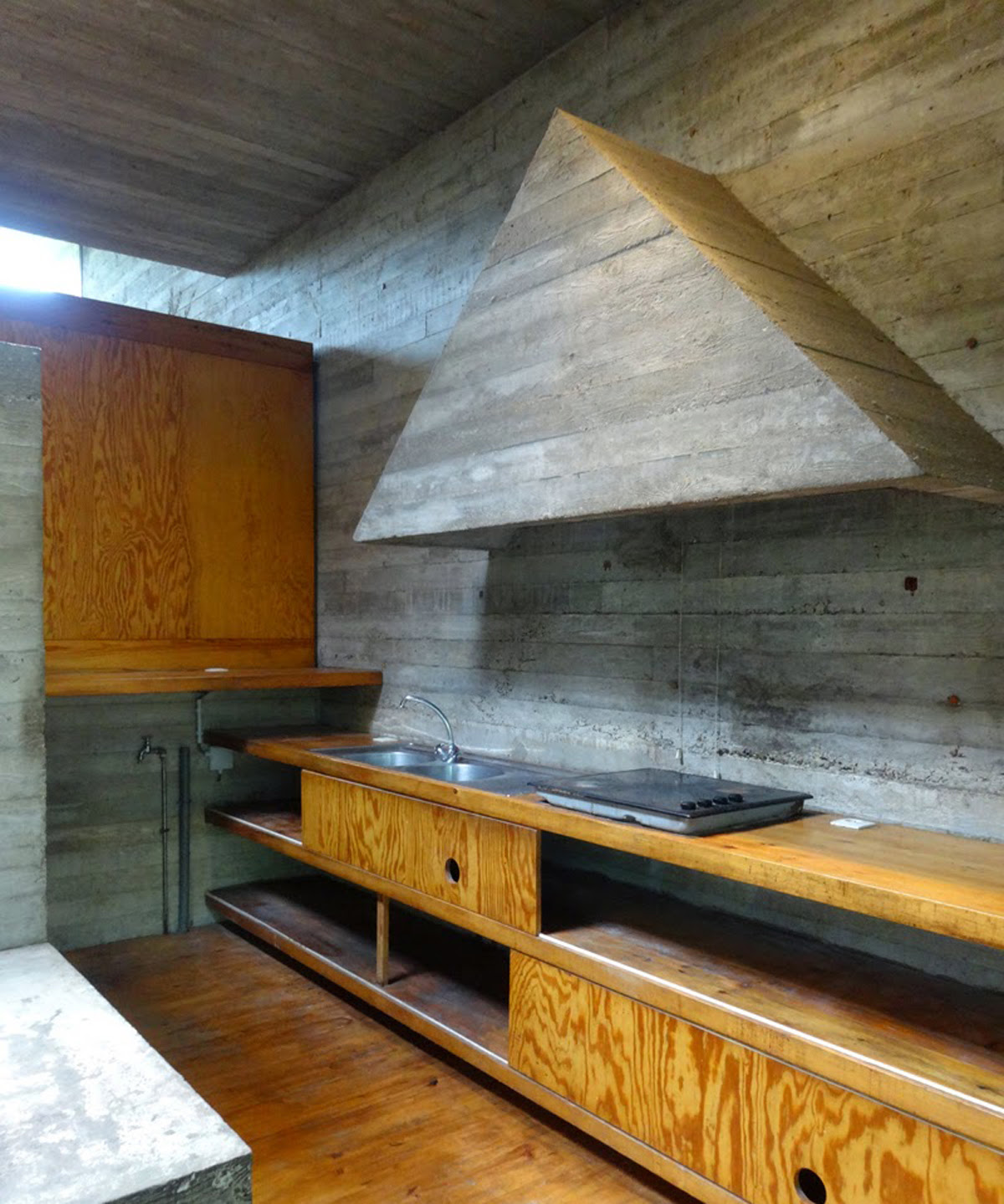 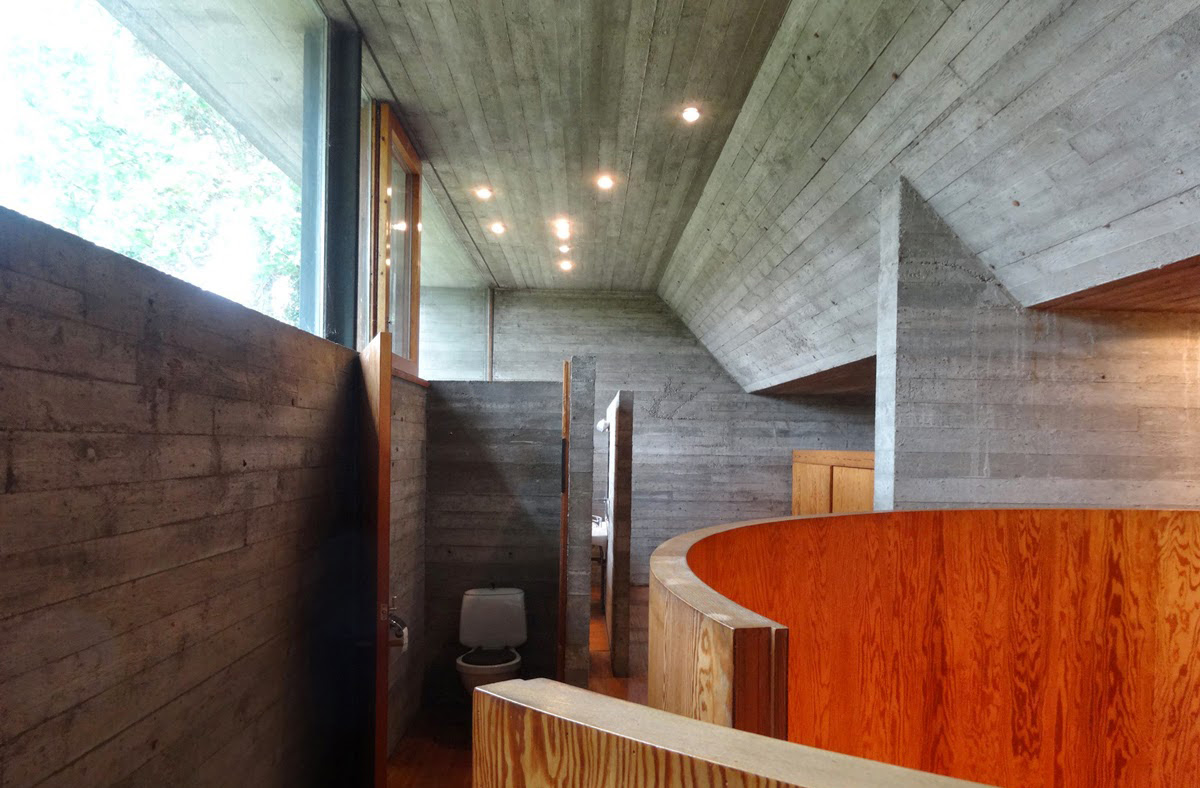 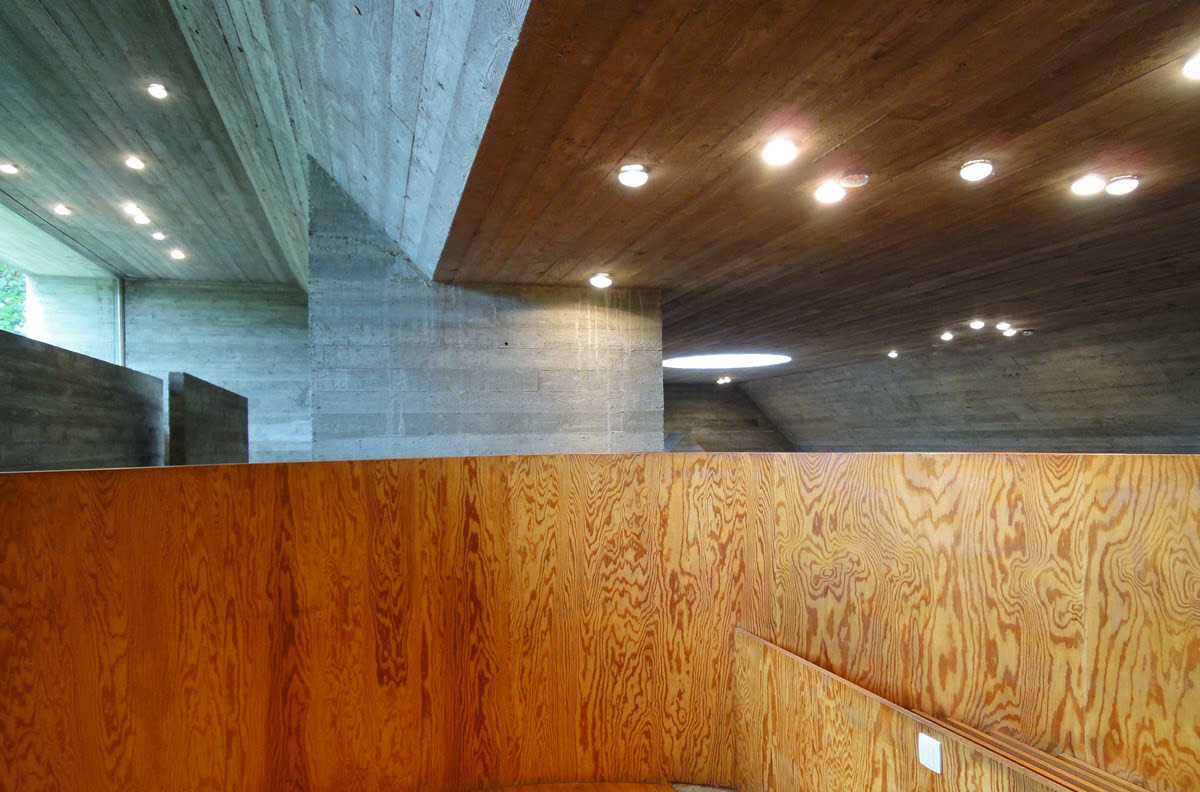 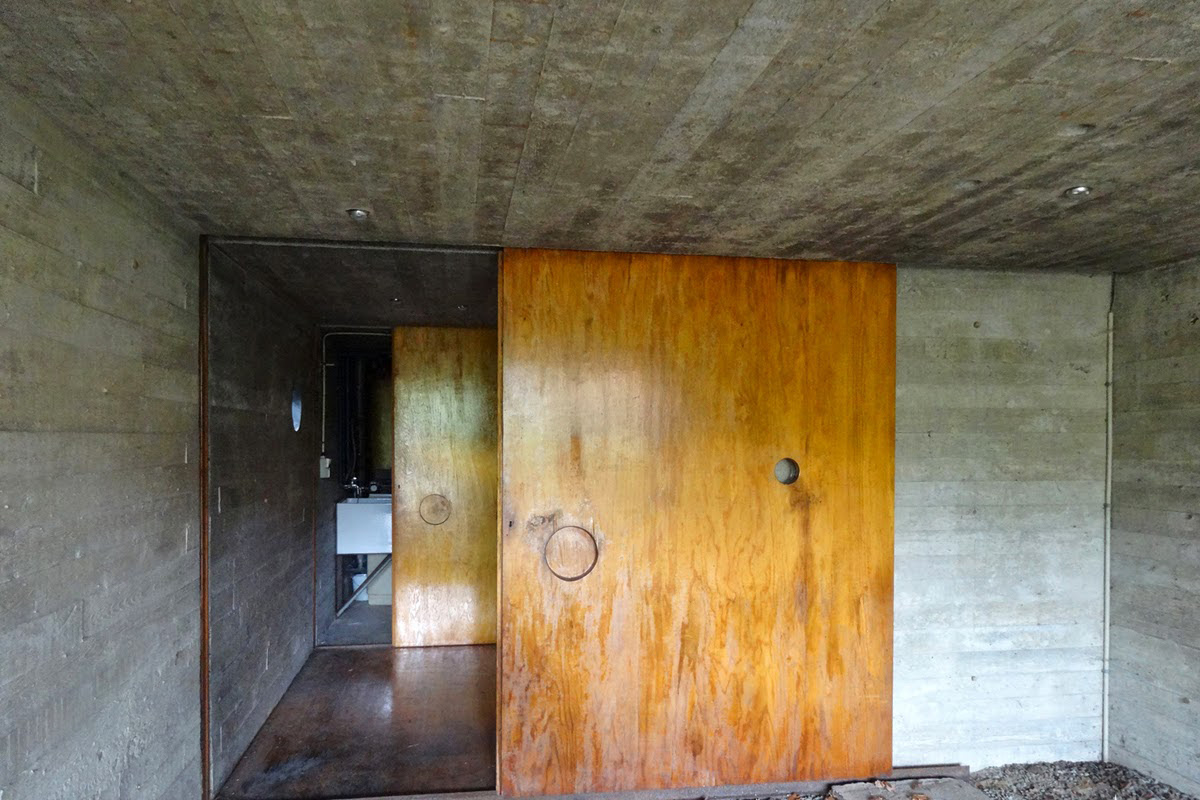 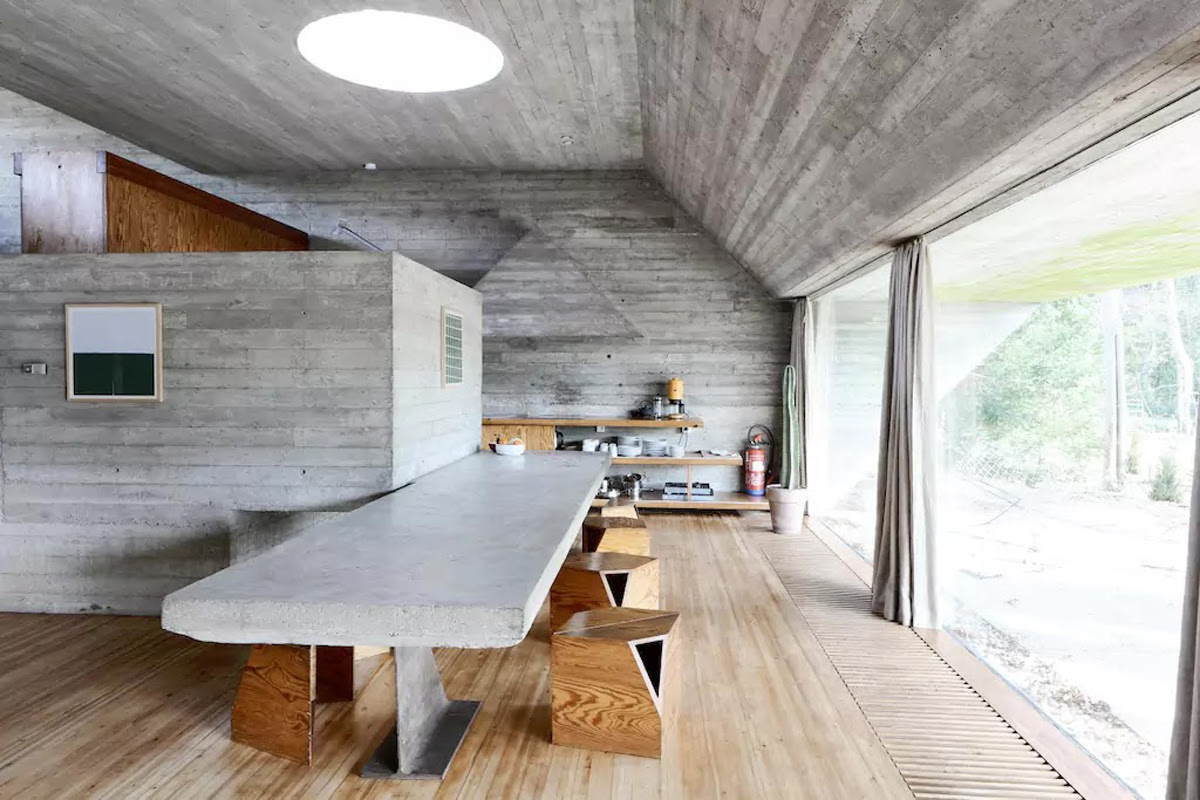 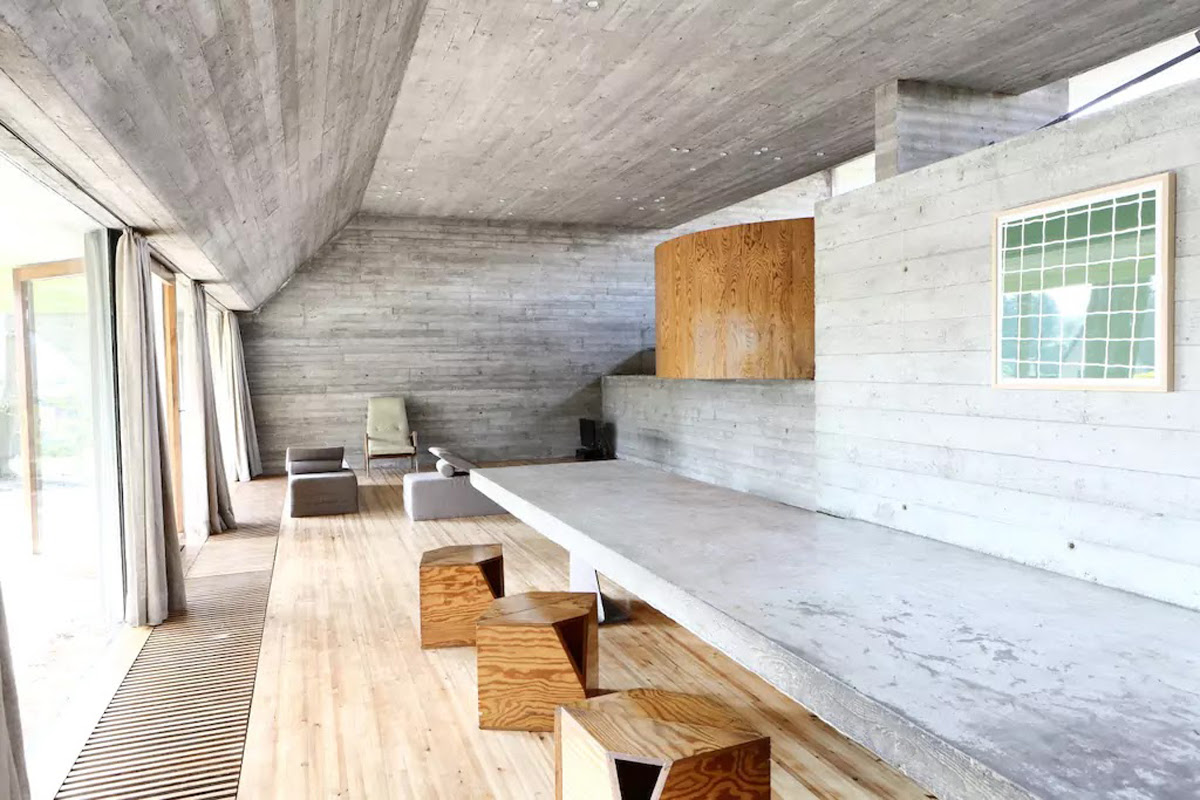 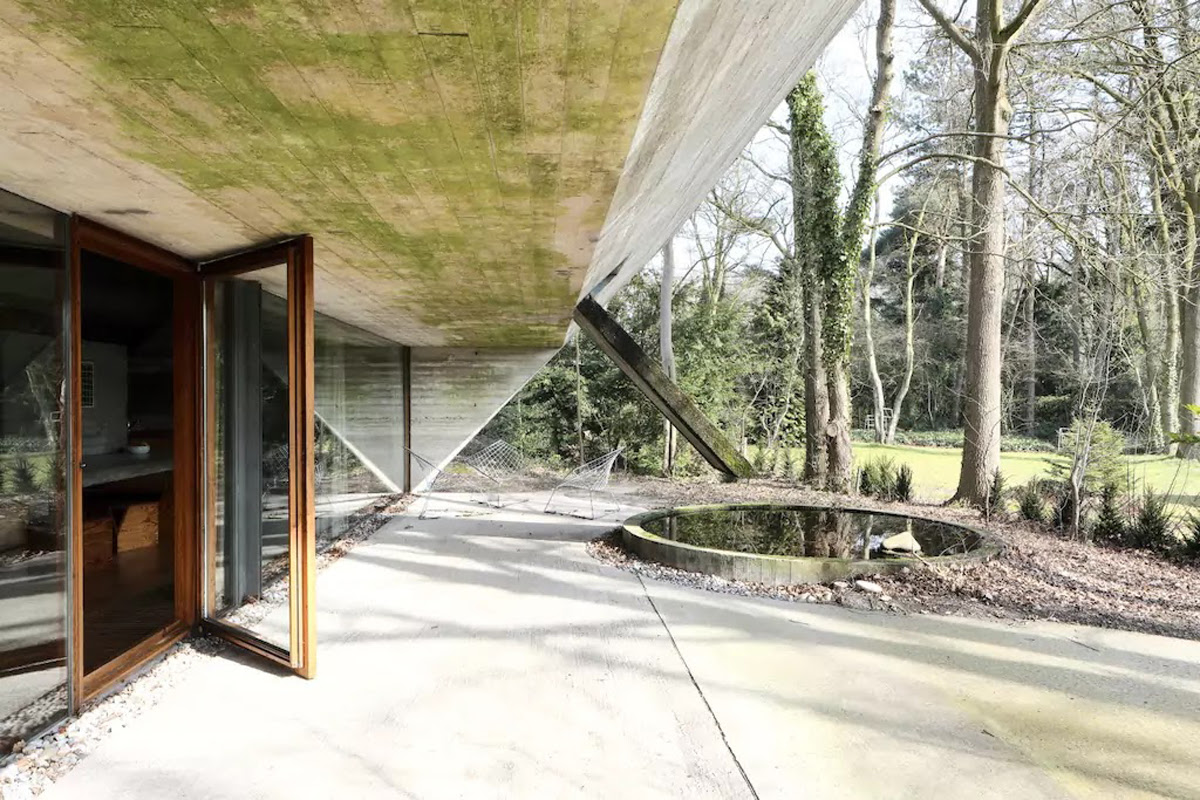 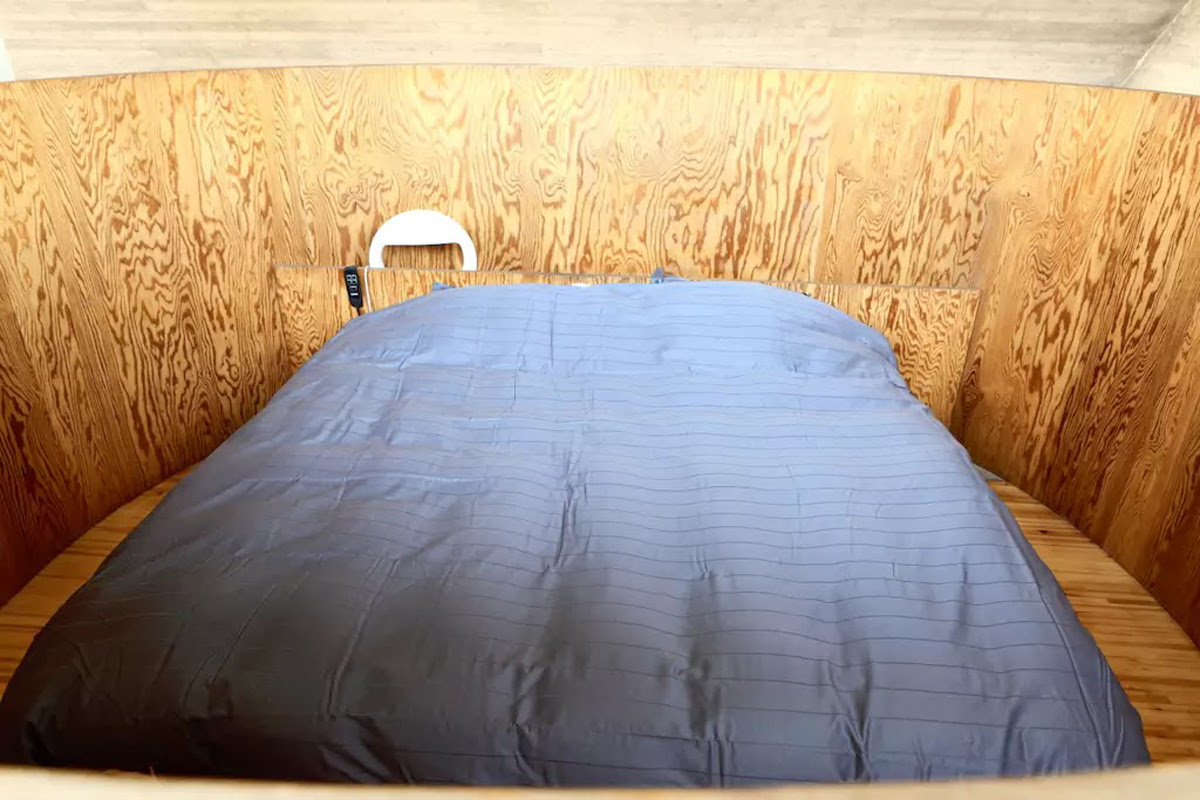 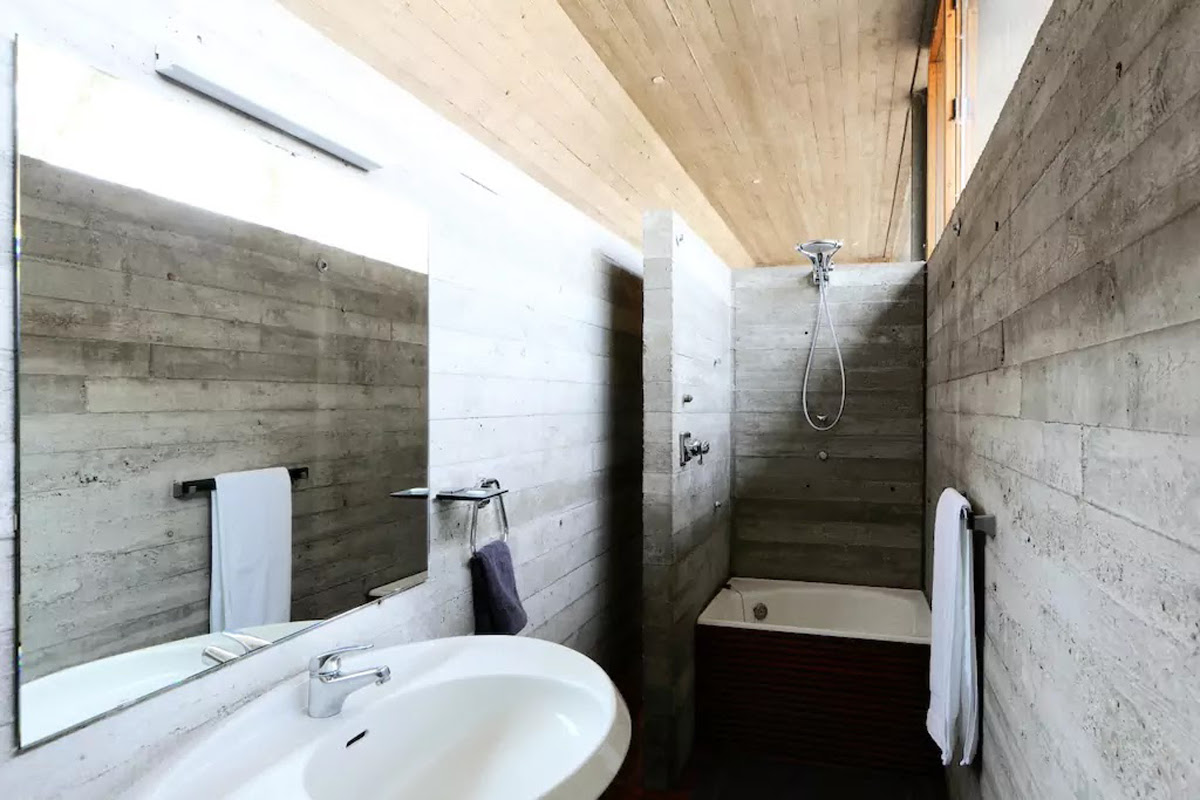