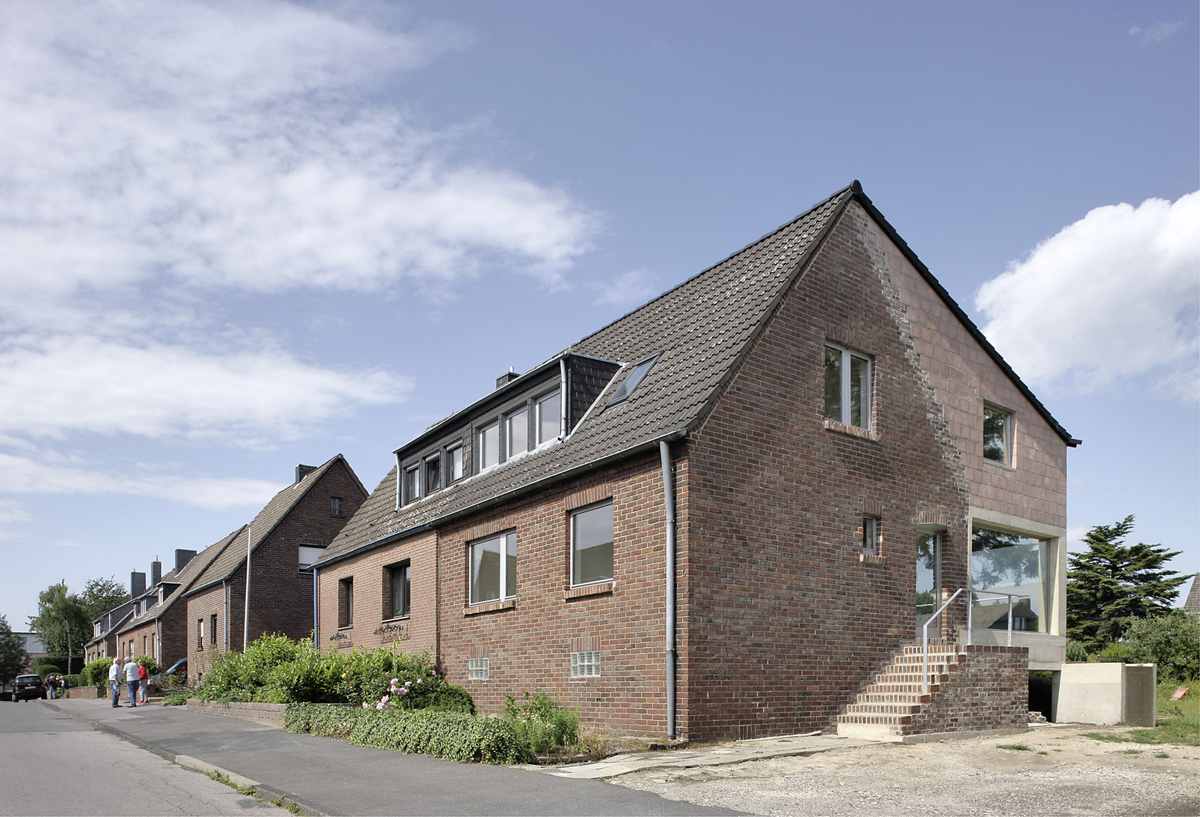 From the architect. This small 1920s estate house with a large garden – acquired by the clients in the winter of 2010 – is located on the northern periphery of the city of Aachen. A two-storey, fifty sqm extension was added to the seventy sqm house to cater to the spatial needs of the new owner family with three children. The original building is a simple brick structure with a clinker façade. One of the main questions during the design phase was, “how to extend?” The intention was that the extension and the partially new roof convert the existing simple building structure into a generous, open, compact residential home, which carried forward the simplicity of the existing materials using contemporary means.

The main house and the garden flow into one another on the ground floor of the extension. A main living space has been created here as a sort of garden room, which atmospherically mediates between inside and outside as a result of the materials used: an open concrete skeleton has been extensively glazed to provide an unimpeded view of the garden and the surroundings. The east-facing red clinker outer wall of the main house has been cleaned up; as an interior wall, it now dominates the spatial character of the “garden room”. The rawness of the clinker contrasts with a fine, white-leached wooden floor.

Extending the house towards the garden, opening up the staircase to the upper floor and the new wall panelling of the stairs with integrated balustrade, have transformed the role of the old wooden staircase. With its oxblood red colour it has now become the most succinct element of the entrée, which, as a central space, generously connects old and new building, ground and top floor with one another. The existing red and white tiled entrance floor now lies like a carpet in the middle of the house.

Following the stairs and the skylight to the top floor, you reach the private living area. Four bedrooms, each with its own character, accommodate two adults and three children. A light shaft provides natural light to a new, centrally located bathroom. Clever overlapping means that the ceiling of the bathroom acts as a sleeping loft for the neighbouring children’s bedroom, in the original building. Two rooms have been created for the boys in the extension. A ladder leads from the hall of the top floor into the attic, which provides room for visitors, retreat or storage.

The dark red clinker façade of the original building interlocks with the red-brown unplastered pumice and light-weight concrete bricks of the extension; it interprets the existing material in a contemporary manner and combines with the original in colour to form a new compact building volume. 1+1=1. This architecture strives towards specialness rather than streamlined densification; it breaks conventional perception spaces and patterns to take forward the raw, brash charm of this former workers’ housing estate. Its appearance clearly stands in contrast to the mainstream too smooth and too perfect. Cramped spaces have been transformed into the expanse and lightness of a sense of contemporary dwelling. 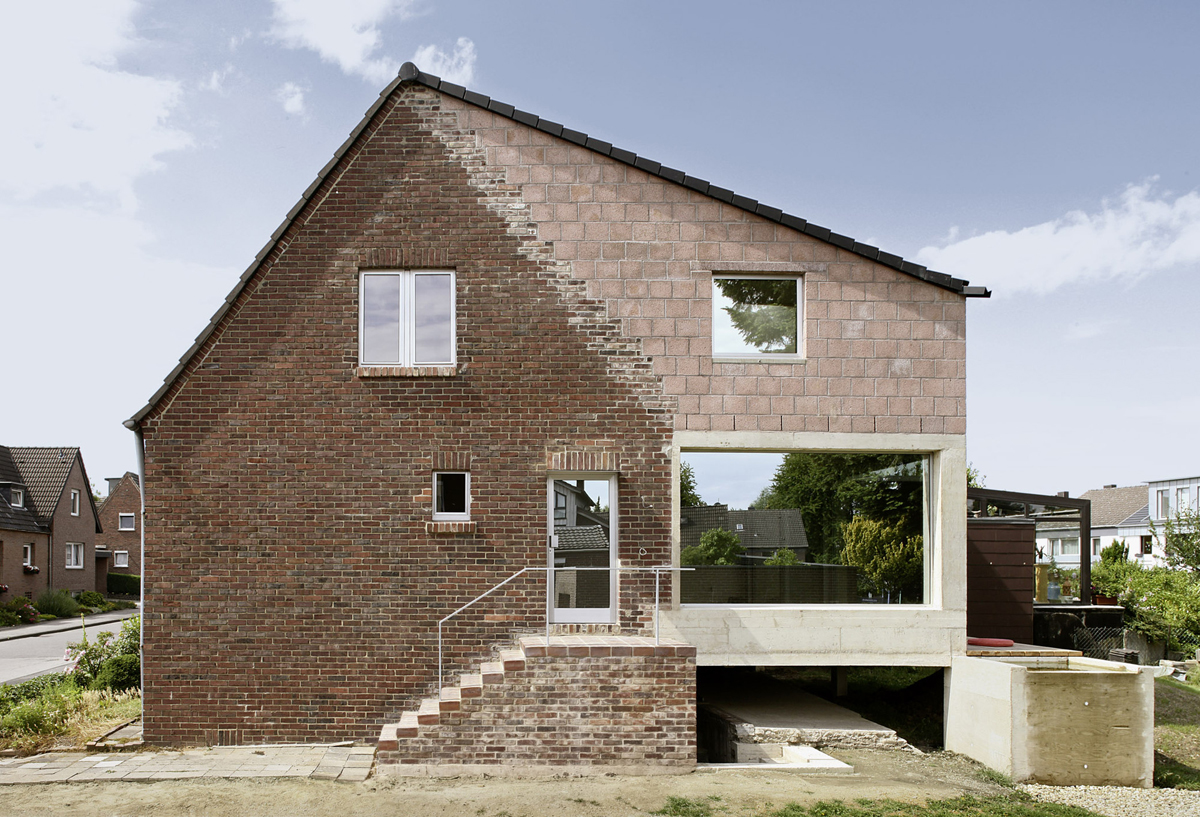 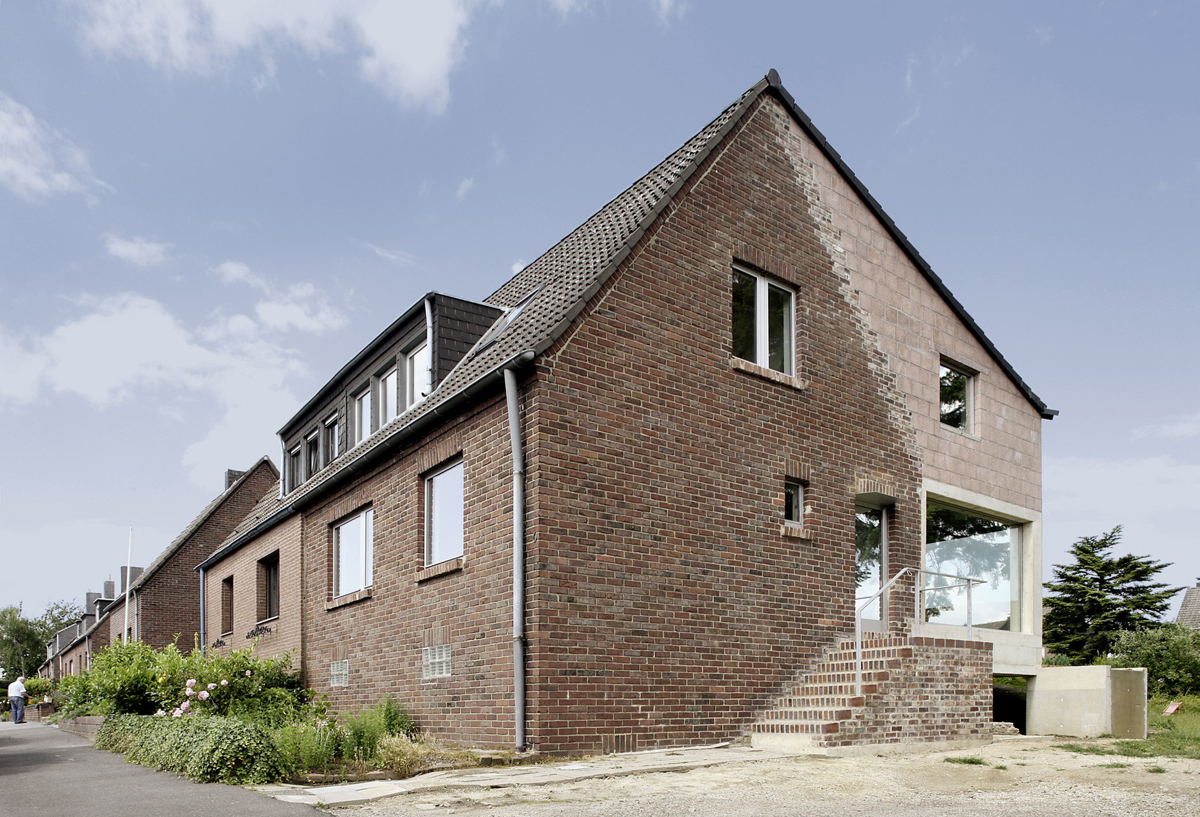 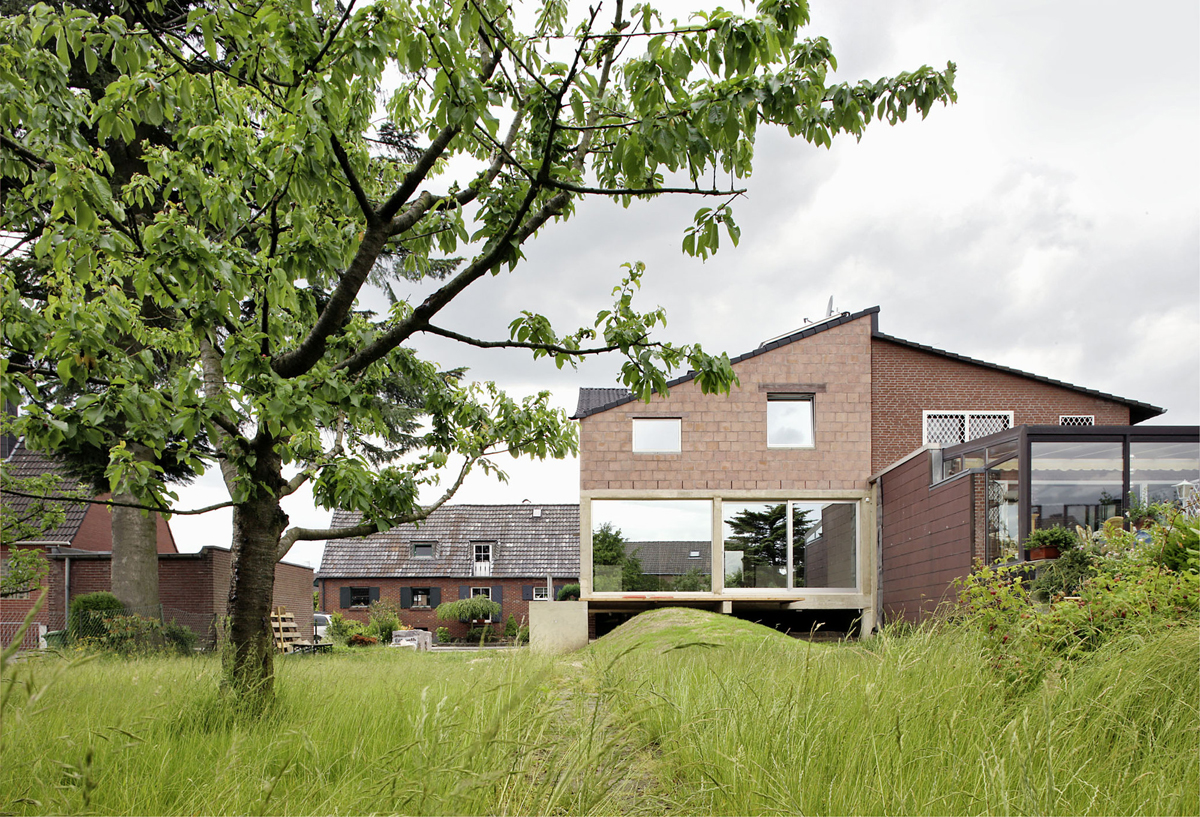 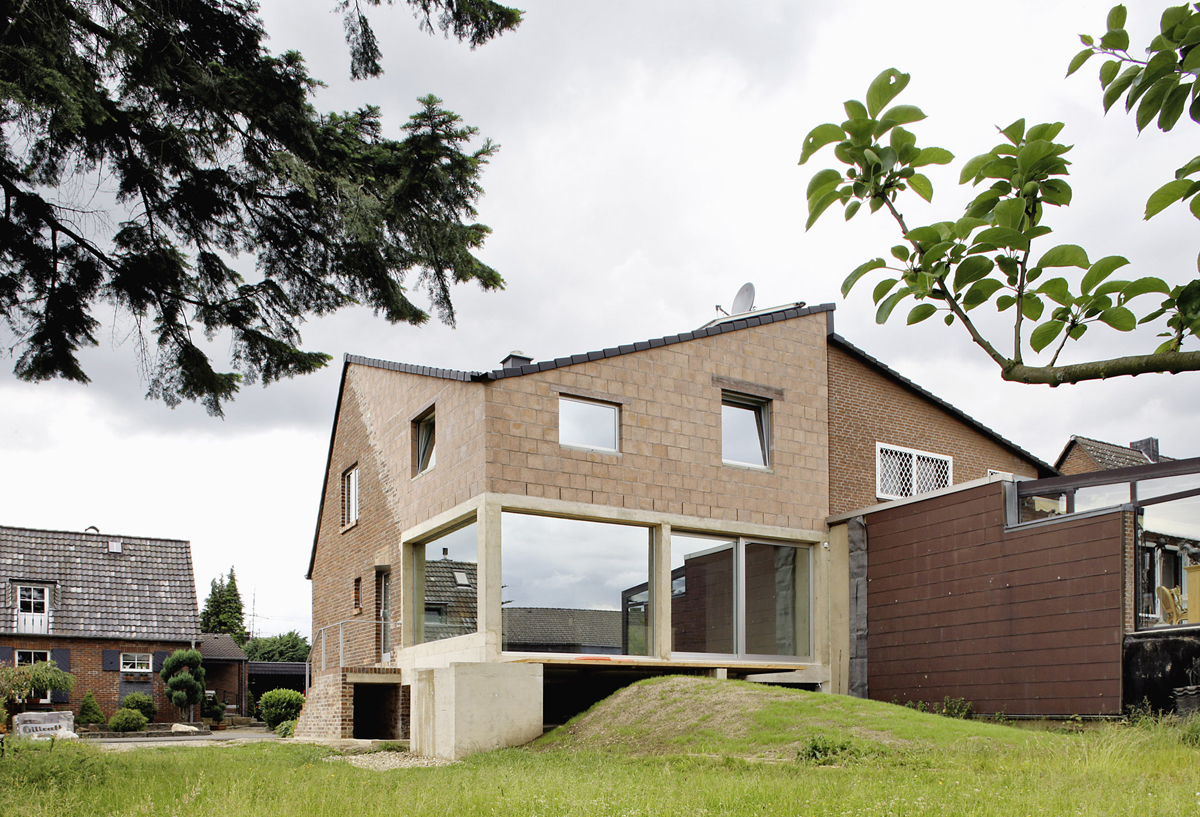 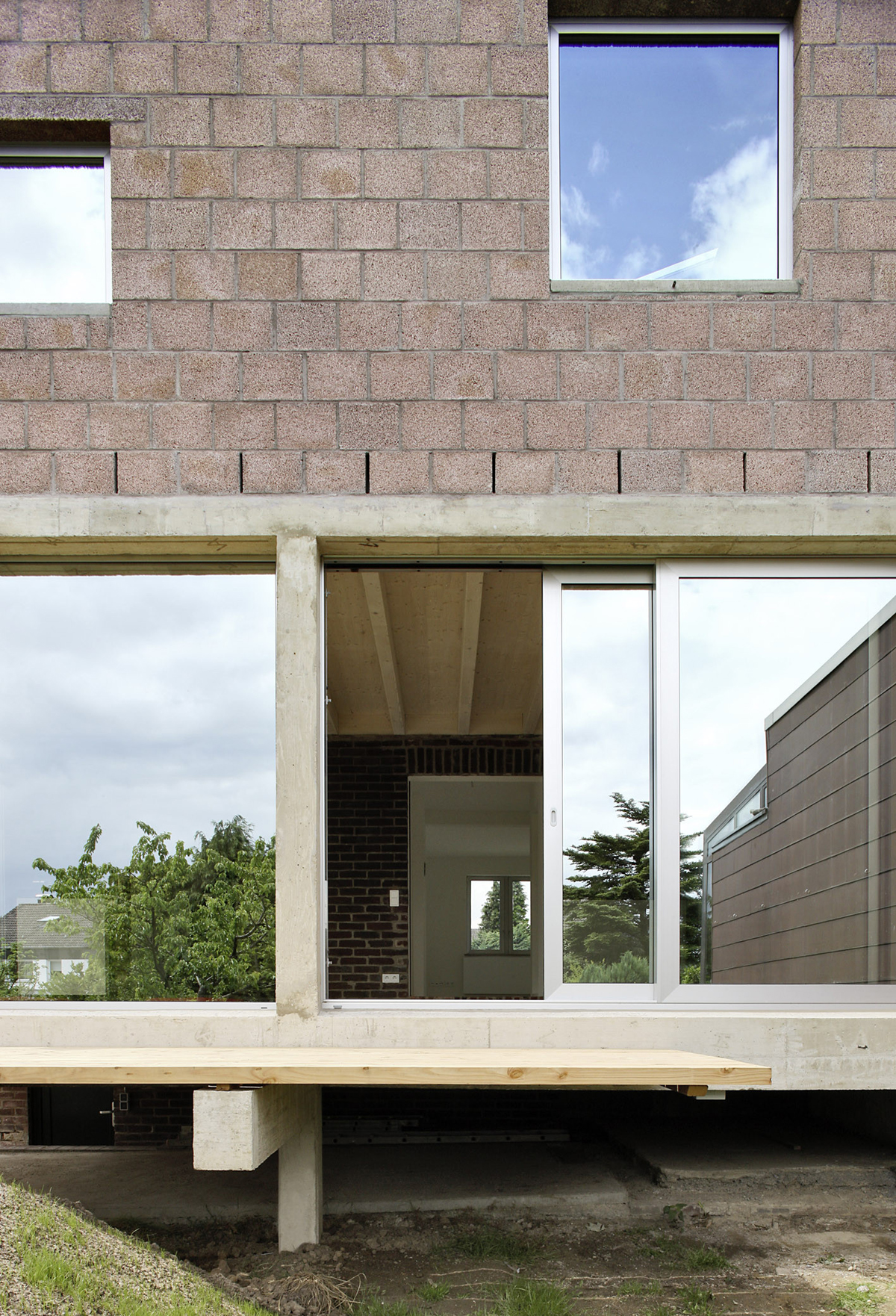 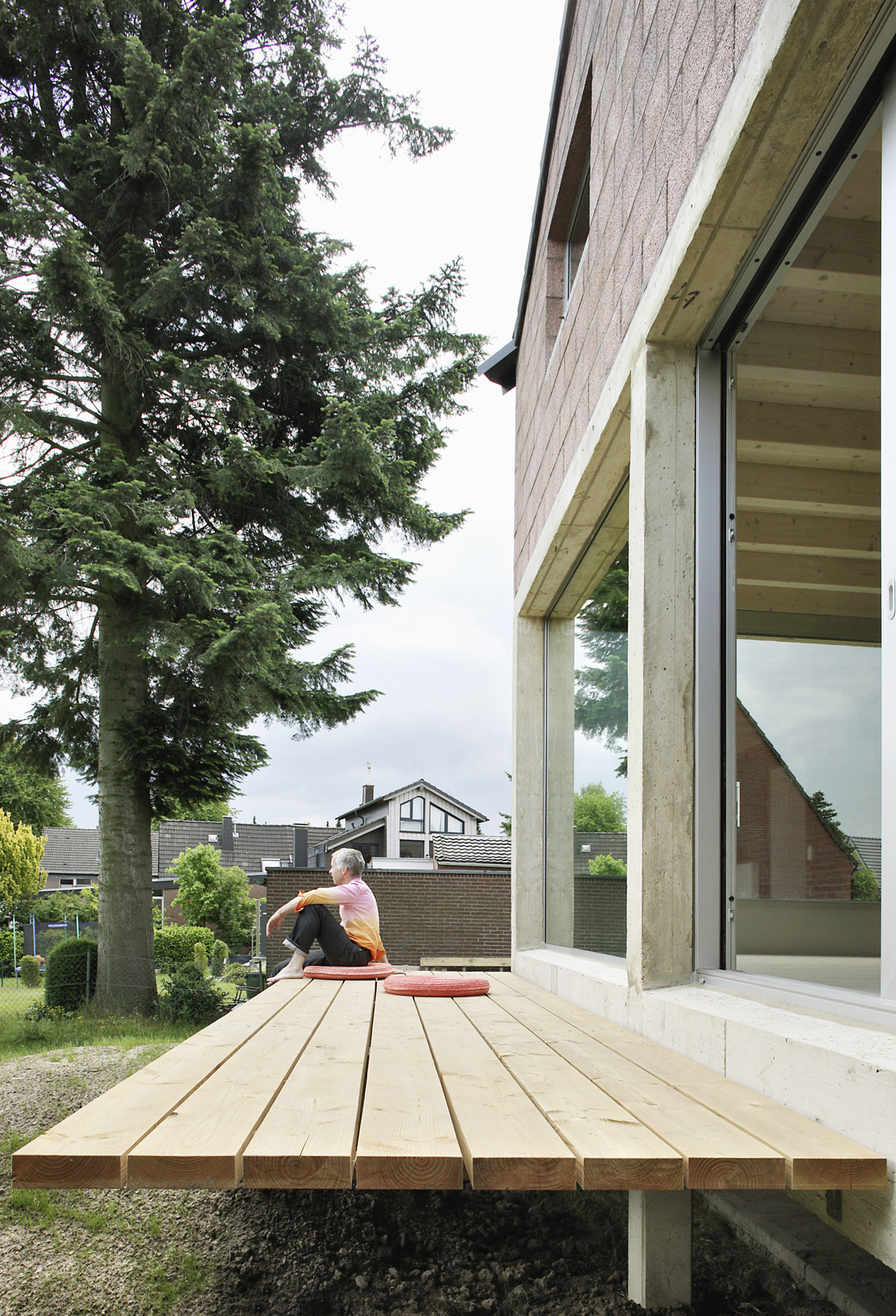 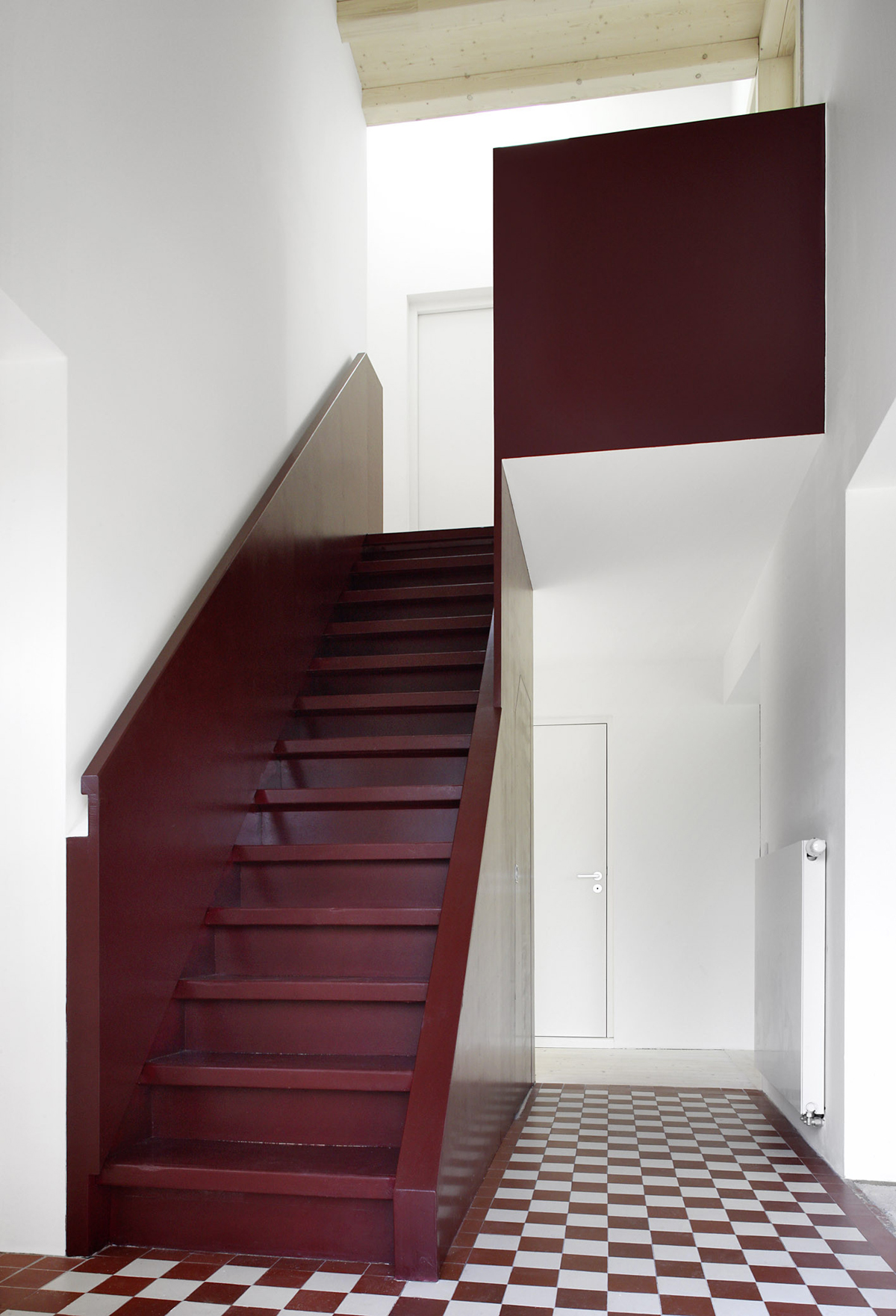 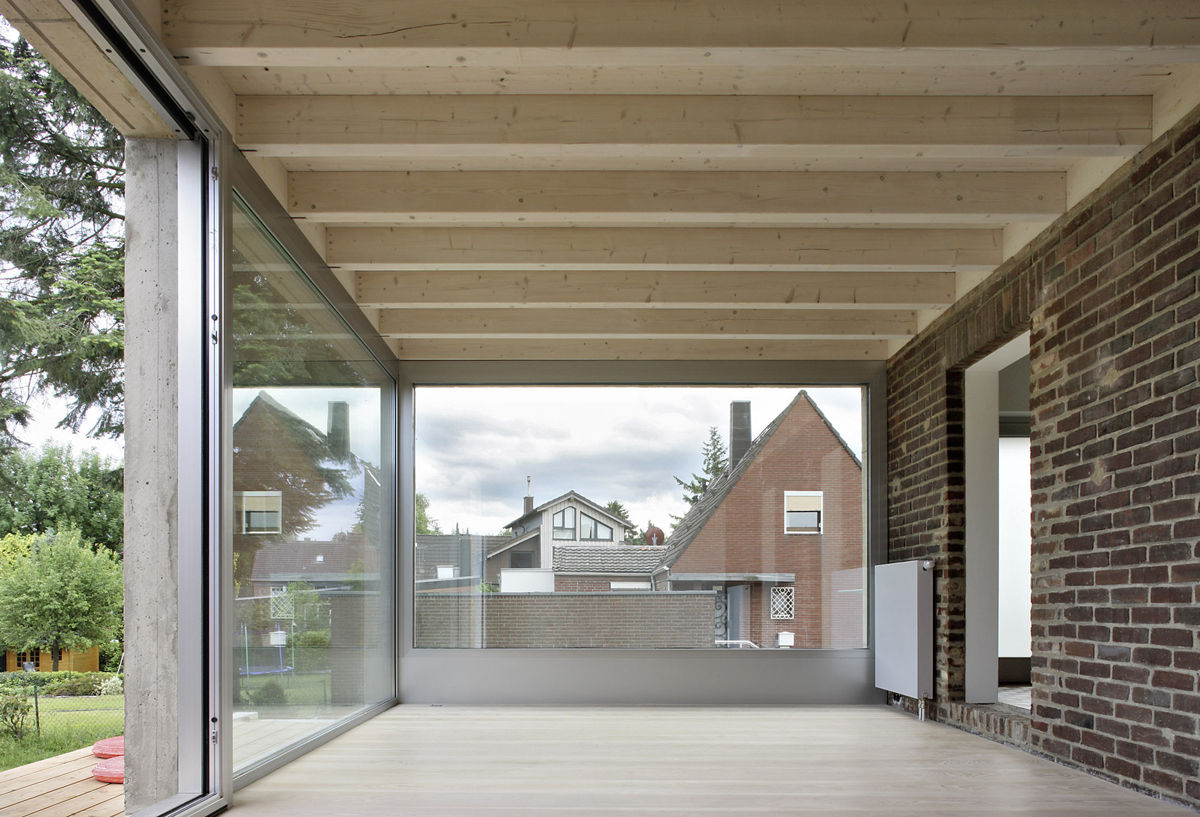 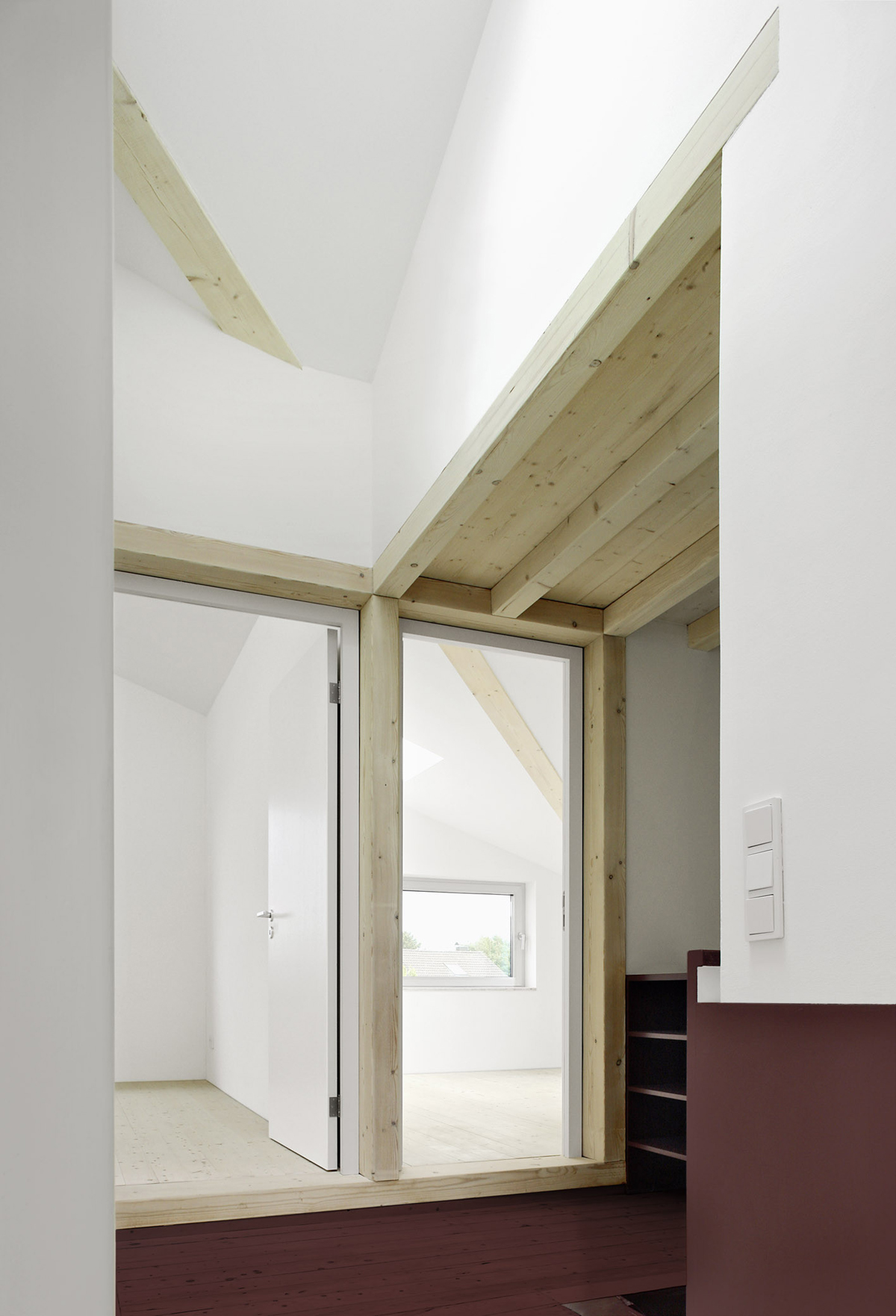 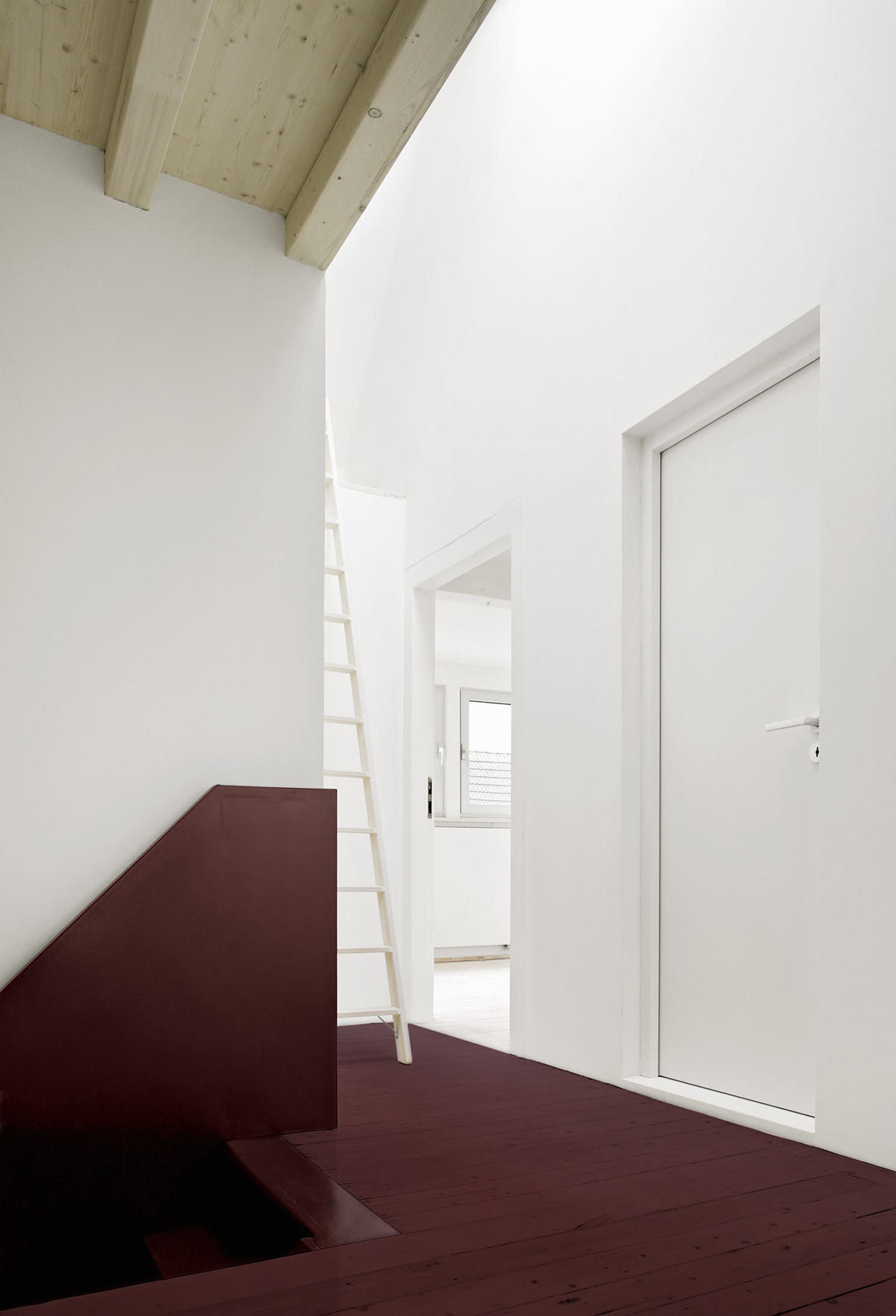 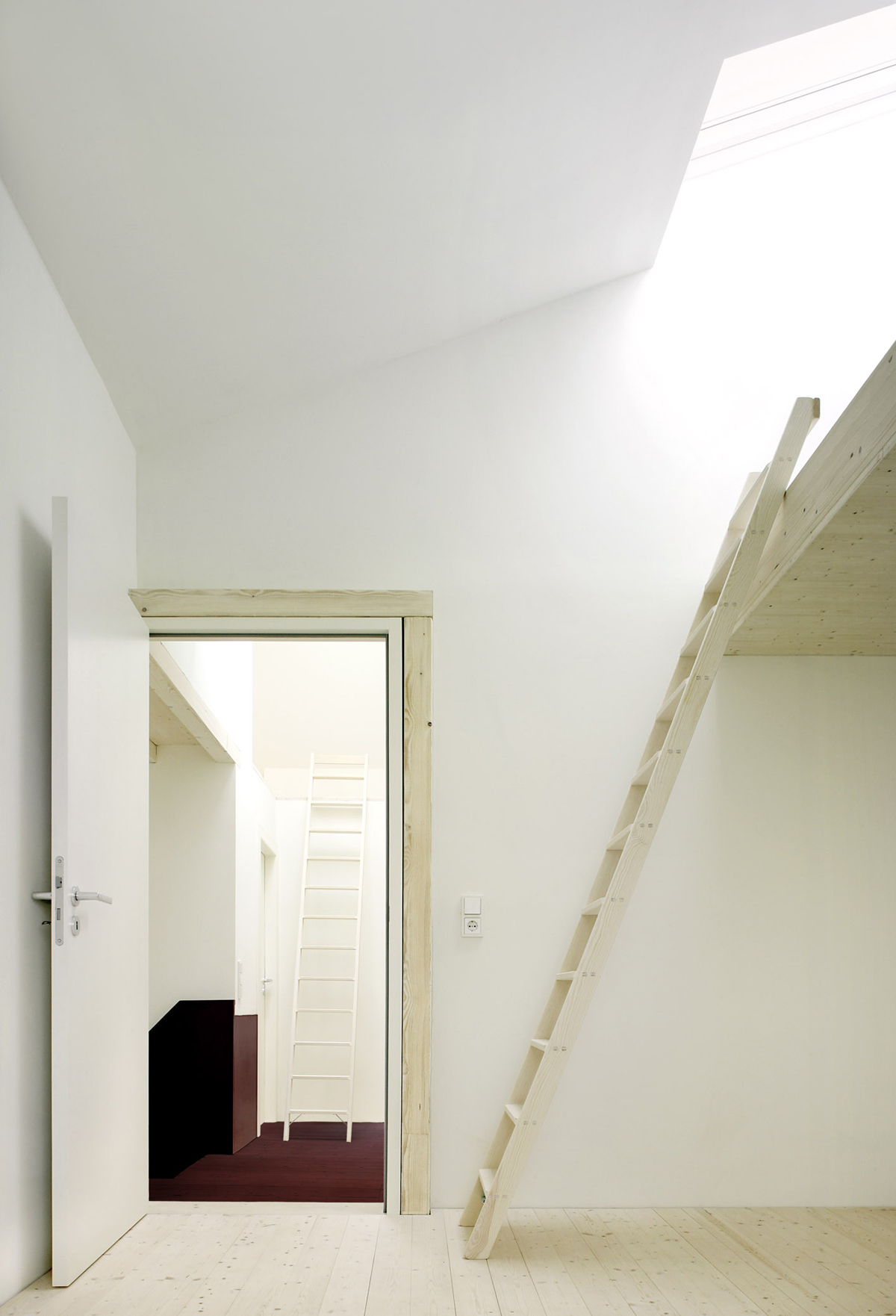 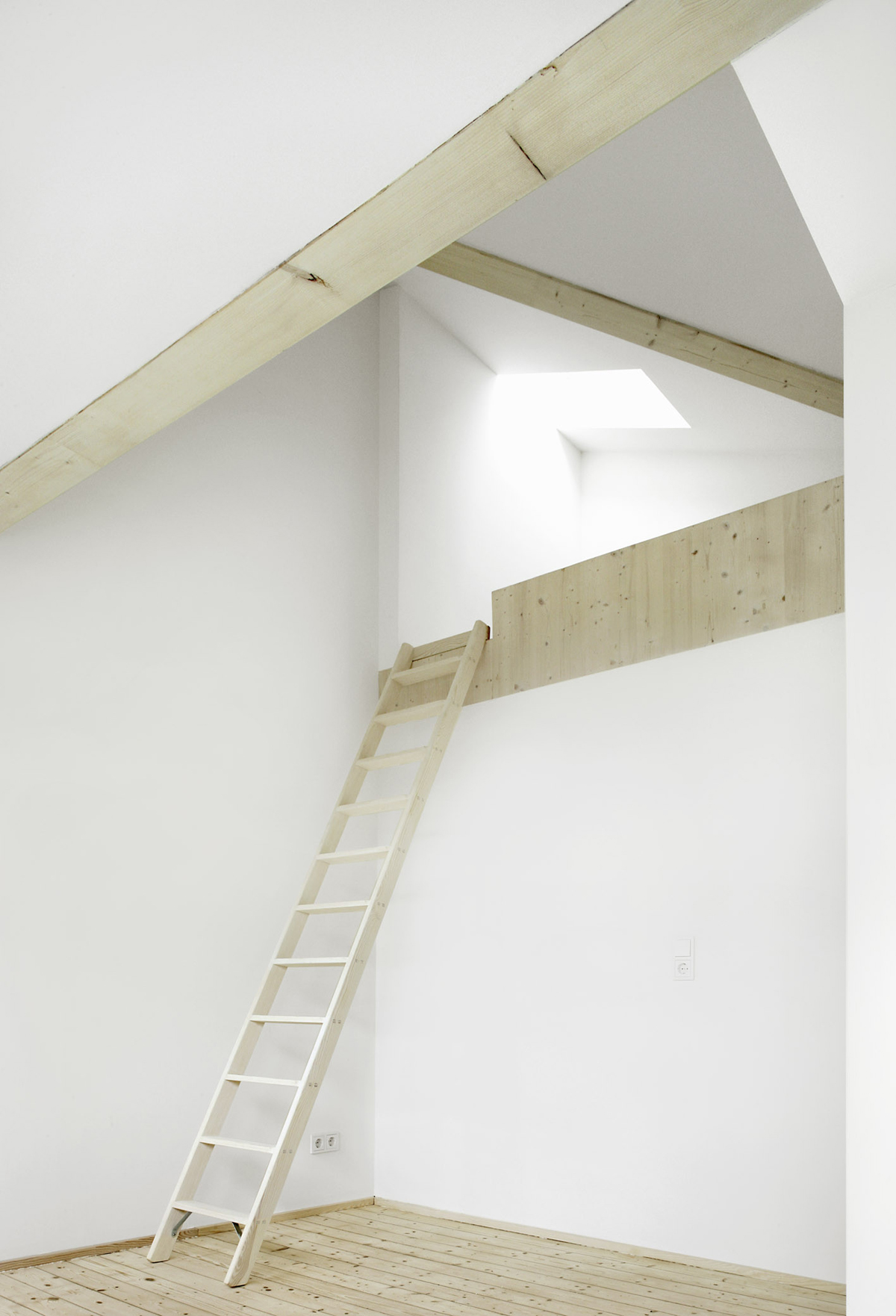 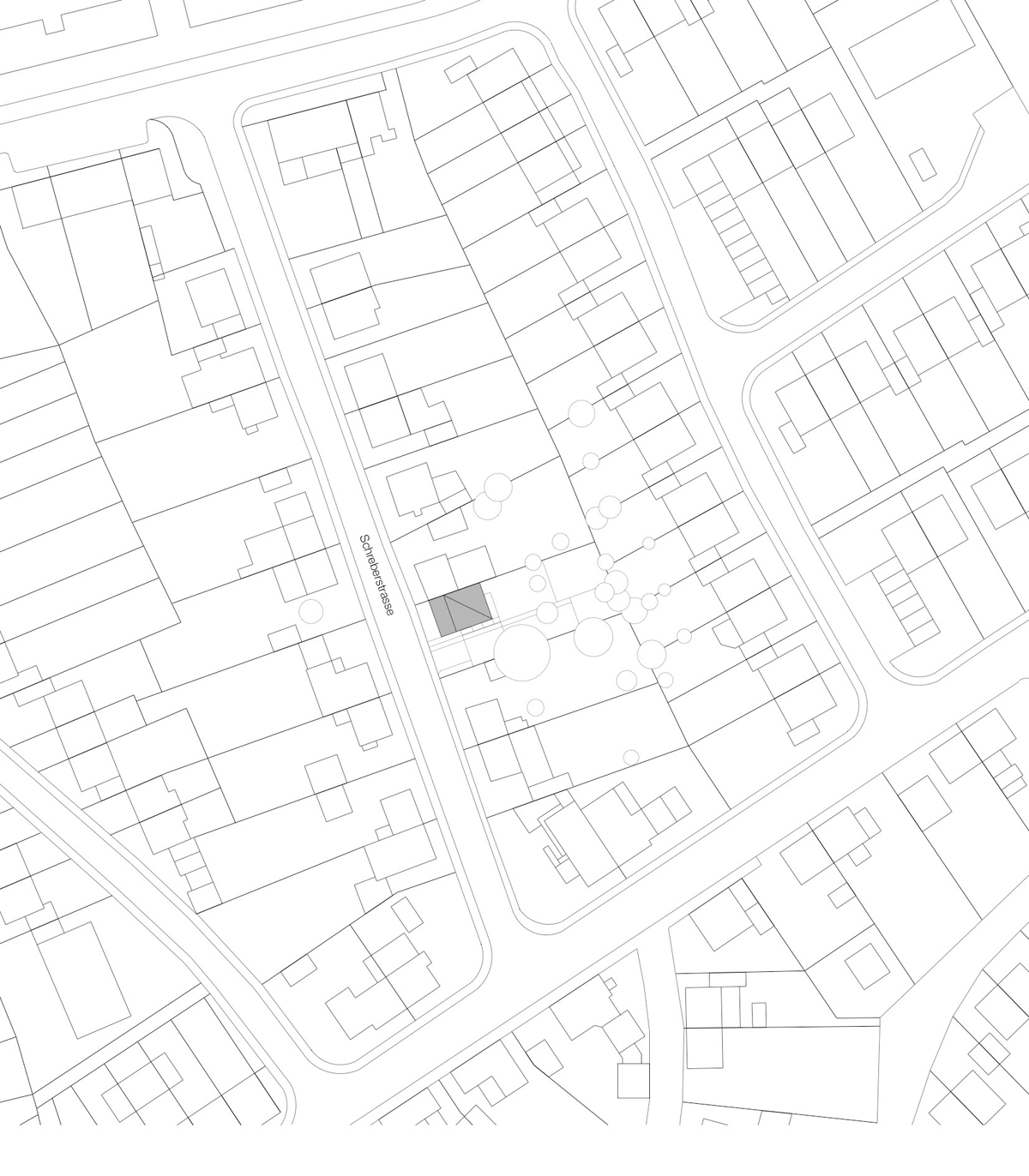 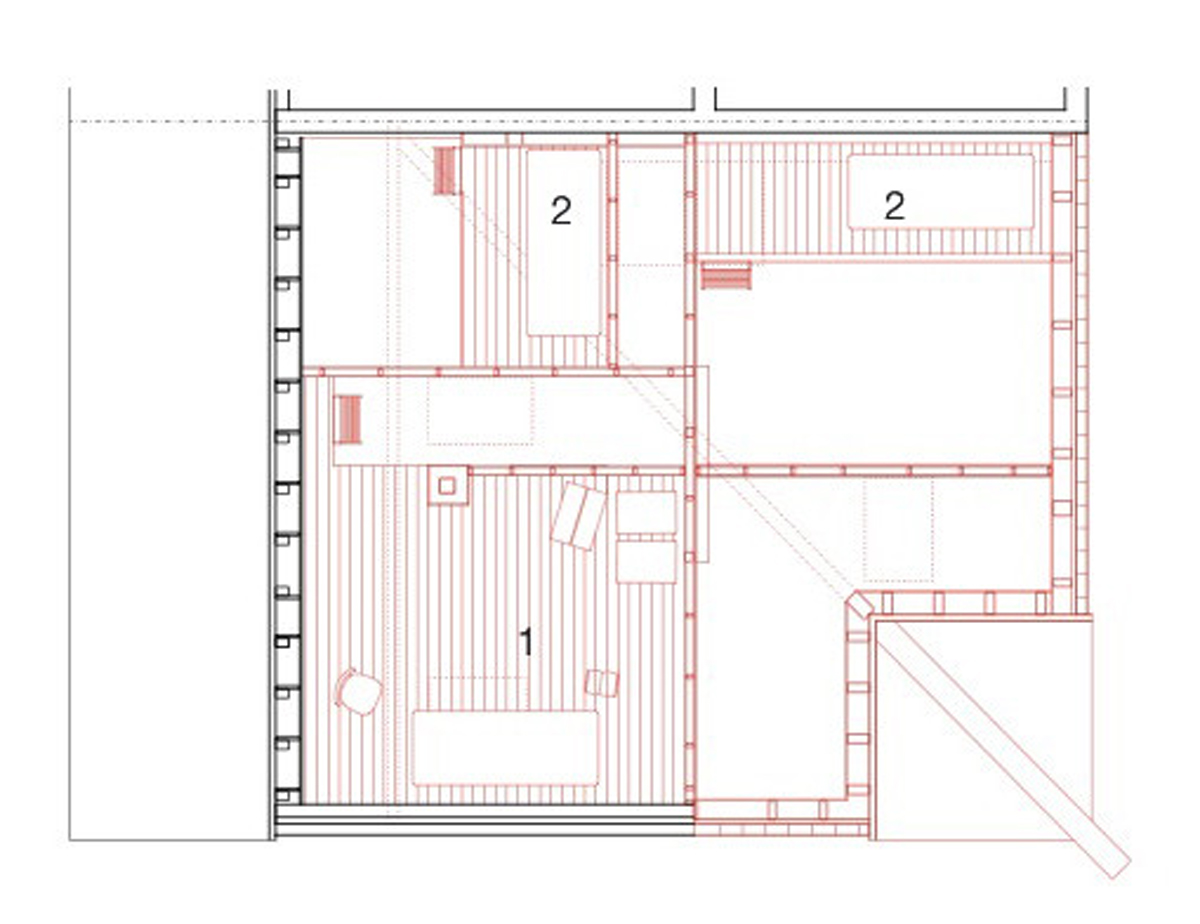 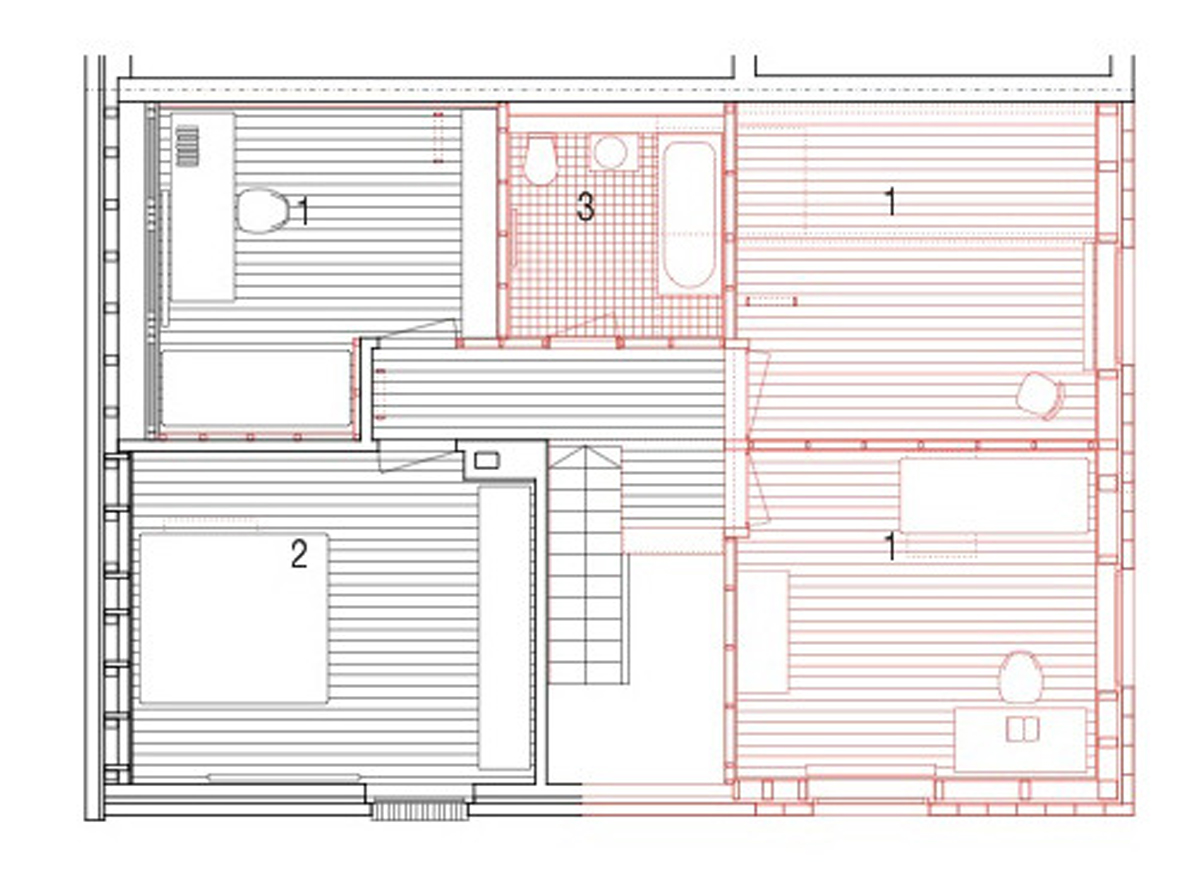 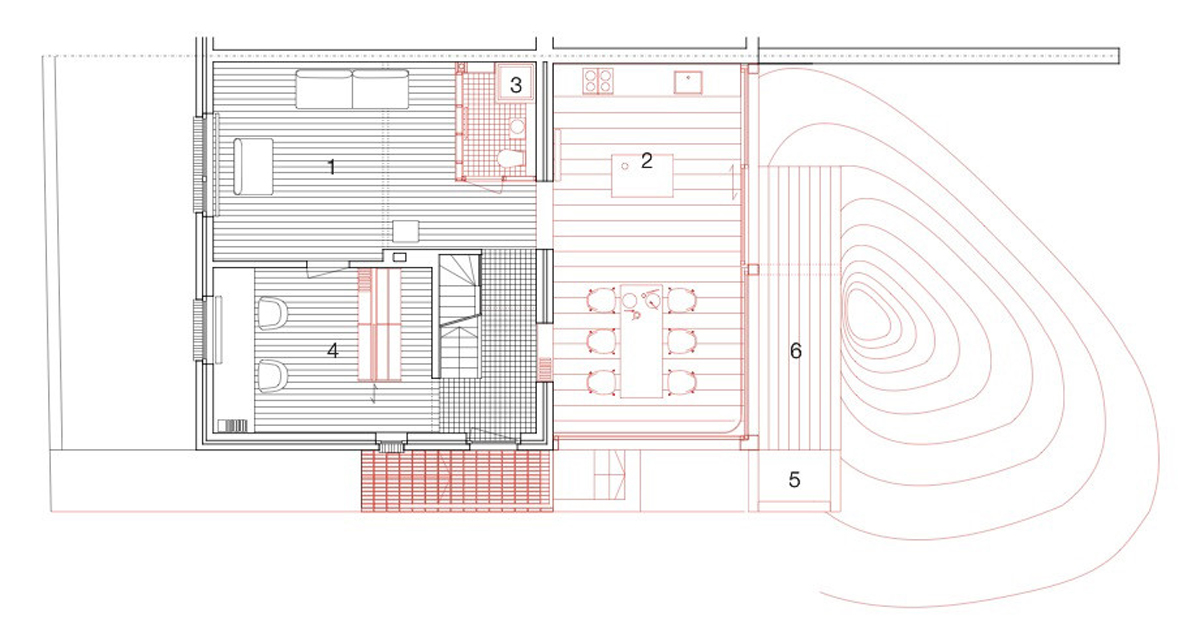 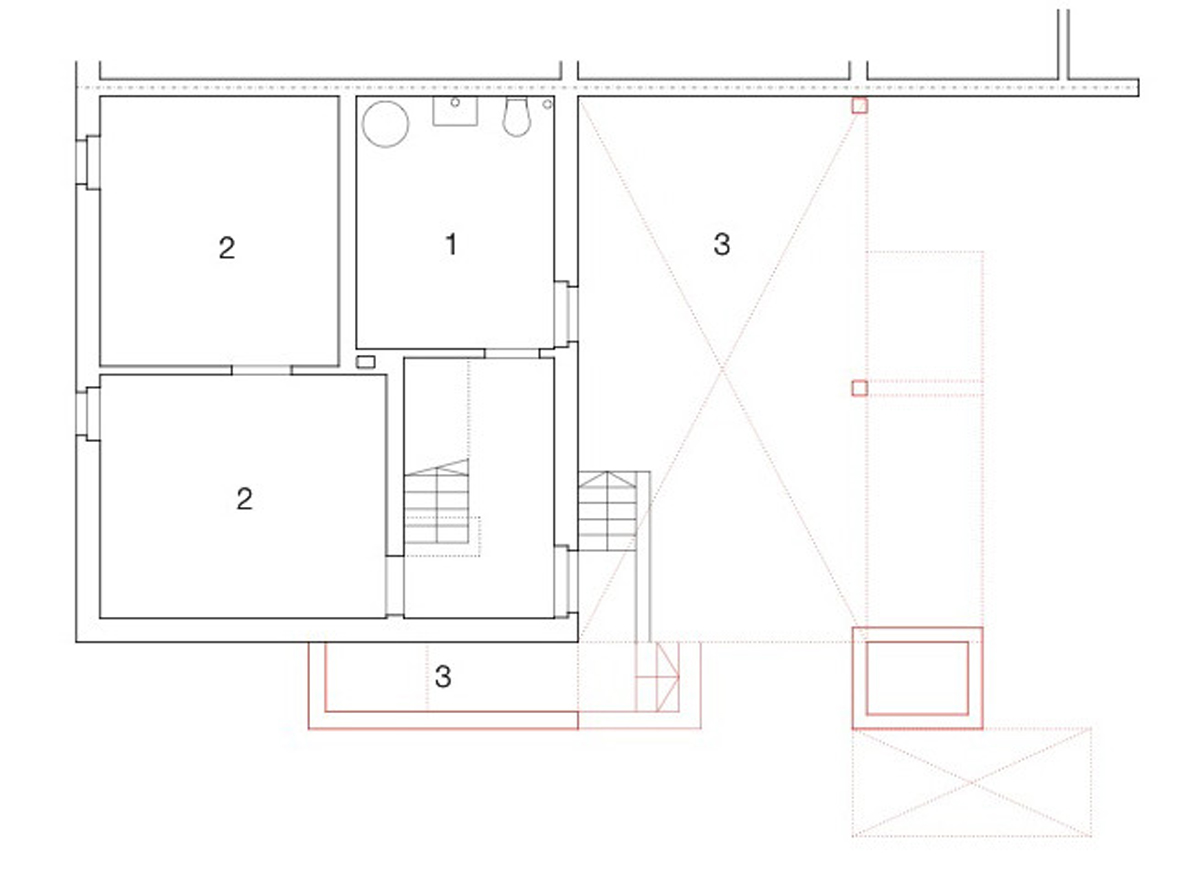 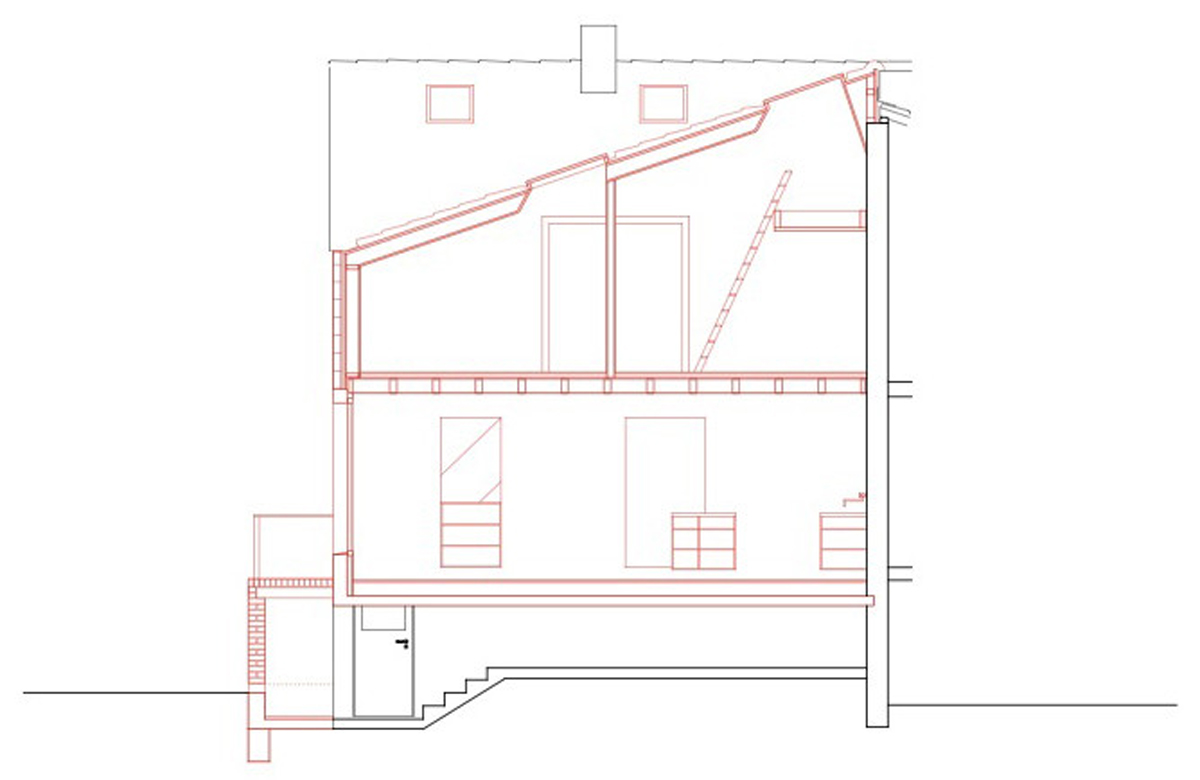