João Luís Carrilho da Graça’s project was selected in an international competition which aimed at the rehabilitation of the German School of Lisbon, adapting it to meet new school activities and curricula demands.

The project was based on three fundamental principles:

1. Modernizing the existing buildings – to recover and reinterpret the formal and functional articulation of the previous structure, adapting it to a new functioning of the school and stressing the quality of the original buildings, by demolishing all the temporary interventions.

“(…) Opinions are to the vast apparatus of social existence what oil is to machines: one does not go up to a turbine and pour machine oil over it; one applies it a little to hidden spindles and joints that one has to know.” (Benjamin, Walter, One-way Street, and other writings. Trans. Edmund Jephcott and Kingsley Shorter. London: NLB, 1979, p. 45)

Carrilho da Graça’s intervention on the school premises demonstrates that it is possible to reinterpret the principles of the Modern Movement (on which Otto Bartning based his design) and reconcile them with new infrastructures that reinforce and optimize the qualities of the original buildings.

New infrastructures were introduced into the teaching blocks connected by covered pathways and into the administrative building, and modern covering materials were applied to floors and ceilings, so as to optimize their acoustic and thermal performance. These materials were carefully chosen in order to maintain a consistent dialogue with Otto Bartning’s project. In this particular set of buildings, the intervention was quite conditioned by the guidelines of the School’s programme; the kindergarten building, for instance, did not receive any intervention at all.

The only structure to undergo a major functional adaptation was a building with core and common facilities, where the auditorium, cafeteria and gymnasium were located. Together with Block A, it forms a patio with a swimming pool. On the inside, the auditorium was upgraded with new equipments and acoustic treatment; the cafeteria space was optimized and a coffee shop was introduced, extending into the patio area near the pool; finally, a new library was built where the original gymnasium stood. The requirements of the new school regulations on sports facilities called for a different space. Thus, Carrilho da Graça reinterprets the old sports hall, designed by Otto Bartning, creating a new library, a media center and work areas for teachers. A new volume was subtly incorporated within this space, breaking the hall’s double height into two levels: the reading room is located on the lower floor, whereas the upper floor houses the media center and the working areas. On the interior of this new volume, and above the reading area, a glass surface allows a permeable vertical relation between floors. This is a key element in the understanding of a library – its high ceilings, when seen from the mezzanine, and the natural daylight coming from the east through large openings evoke a special atmosphere conducive to reading.

As already mentioned above, a new gymnasium had to be built in order to meet the requirements of new school regulations on sports facilities, as well as to address the need for a larger space. The building is located east of the campus main entrance and, together with two pre-existing buildings, forms an entrance square where a parking lot used to be. The structure rises as a pure volume with two storeys, taking advantage of the site’s topography. The access to the upper level is from a platform, which may also be used as a spot to watch outdoor sports events. On the inside, a mezzanine, at the same level as the outside platform, acts as a spectator stand.

The technical areas, ancillary services and changing rooms are located on the lower level, under the mezzanine and the outside platform. From here we can access the gym court, the outdoor playing fields and finally reach the patio swimming pool, through an underground passage. A natural lighting system above the court contributes to the sports hall’s ambience and identity as “hybrid container”, a multi-purpose facility able to host many different events.

On the opposite side of the building complex, located southwest of the campus, is the Primary School. It is a two-storey elongated structure that extends along the perimeter of the school, both demarcating the playground and acting as a barrier against the noise coming from a busy highway (Avenida General Norton de Matos).

Thermal and acoustic quality is ensured by the opaque concrete wall facing south, partially underground and covered by deciduous vegetation. It is crowned with a continuous surface of translucent glass. In contrast, the north facing elevation, which is totally covered in glass, provides an ideal natural lighting and creates a permeable relationship with the playground lawn.

On the inside of this building, the circulation paths were placed on the south side, while the administrative offices, services and classrooms face north.

The ground floor is roughly occupied by the more social areas – administration and services – and collective learning spaces – workshops, multi-purpose rooms and, at its furthest point to the east, music rooms.

For the most part, the upper floor comprises teaching rooms.

The circulation paths of both floors are superposed and connected by a series of stairs giving direct access to the classrooms; this series of stairs and the multiple openings create a “diagonal space” that conveys a three-dimensional sense of the two circulation areas, thus brought together and unified.

Carrilho da Graça’s two new buildings assume a clear break with their predecessors, a break that emphasizes Otto Bartning’s work and legitimately locates both interventions in time. However, in the way the new structures were incorporated, the nature of the spaces and the materials used, one can recognize an order, which gets completed when inhabited by events. 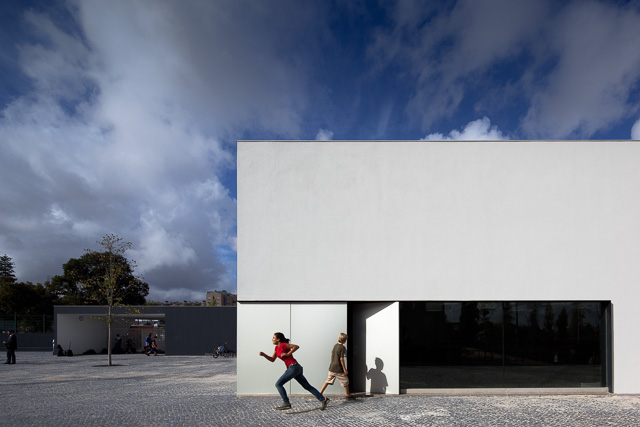 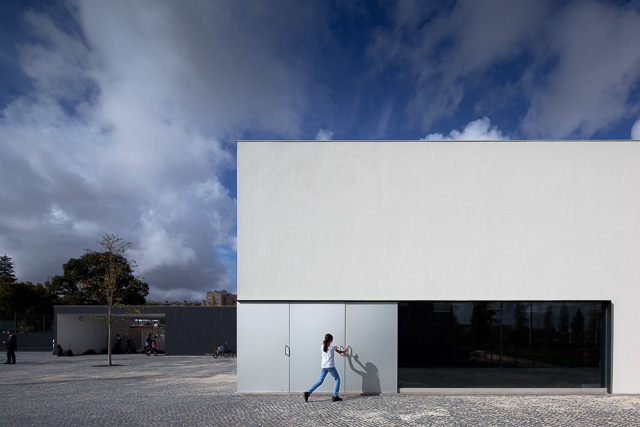 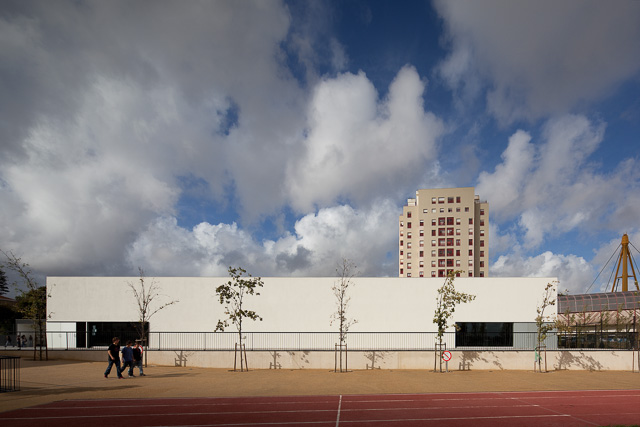 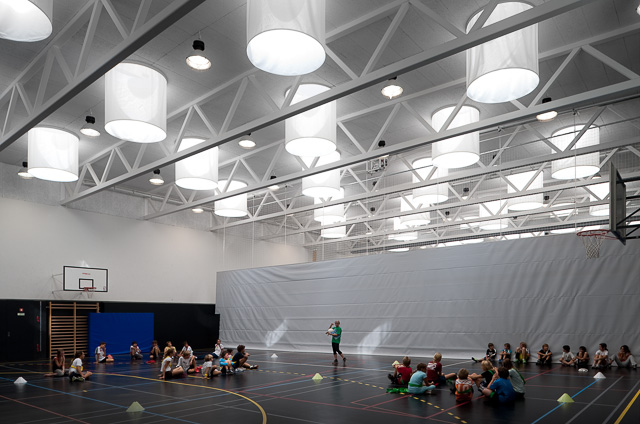 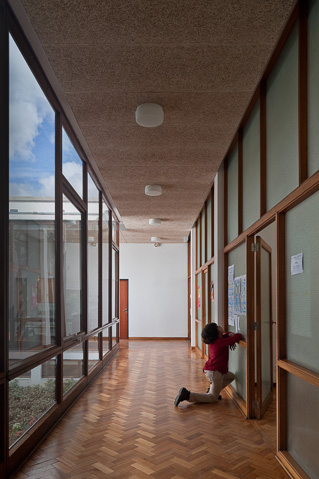 Other projects of Carrilho da Graça