A team of thirty architecture students from Studio Tom Emerson at ETH Zurich have designed and built a pavilion for Manifesta 11, the nomadic, European biennial of contemporary art. Floating in the lake against the backdrop of the city centre, the Pavillon of Reflections serves as the biennial’s public forum: as a meeting point, as a cinema for screening films produced as part of the biennial, reflected in the public swimming bath, open to the public during the day.

A timber island, arrange like a fragment of intimate urban space enclosed by five buildings: a tower, a tribune, a bar, a sun deck with changing cubicles below, a central pool with cinema screen above, and three generous sets of steps that lead into the lake. Together with the tower, the volumetric roofs over the bar are built up from a distinct profile of timber lattice roofs.

Under the guidance of Tom Emerson and project leaders Boris Gusic and Adrian Heusser the 32 architecture students at ETH Zurich collectively concieved and built the pavilion. The project began with an ideas competition between smaller groups of students, from which the most promising ideas were identified and developed. Organising themselves into smaller teams, they worked at different scales, from considering its position on the lake, right down to 1:1 scale prototypes. As well as the design process, the democratic construction techniques employed informed the design: the pavilion is made almost entirely of timber (European spruce), and all joints were designed to be simply screwed together. The students worked over ten months to bring the many design-related, technical and organisational dimensions of the project together to in a multi-layered and ultimately buildable work of architecture. As the project grew, experts and volunteers helped the 32 original students to realise this exceptional public space floating in lake Zurich. 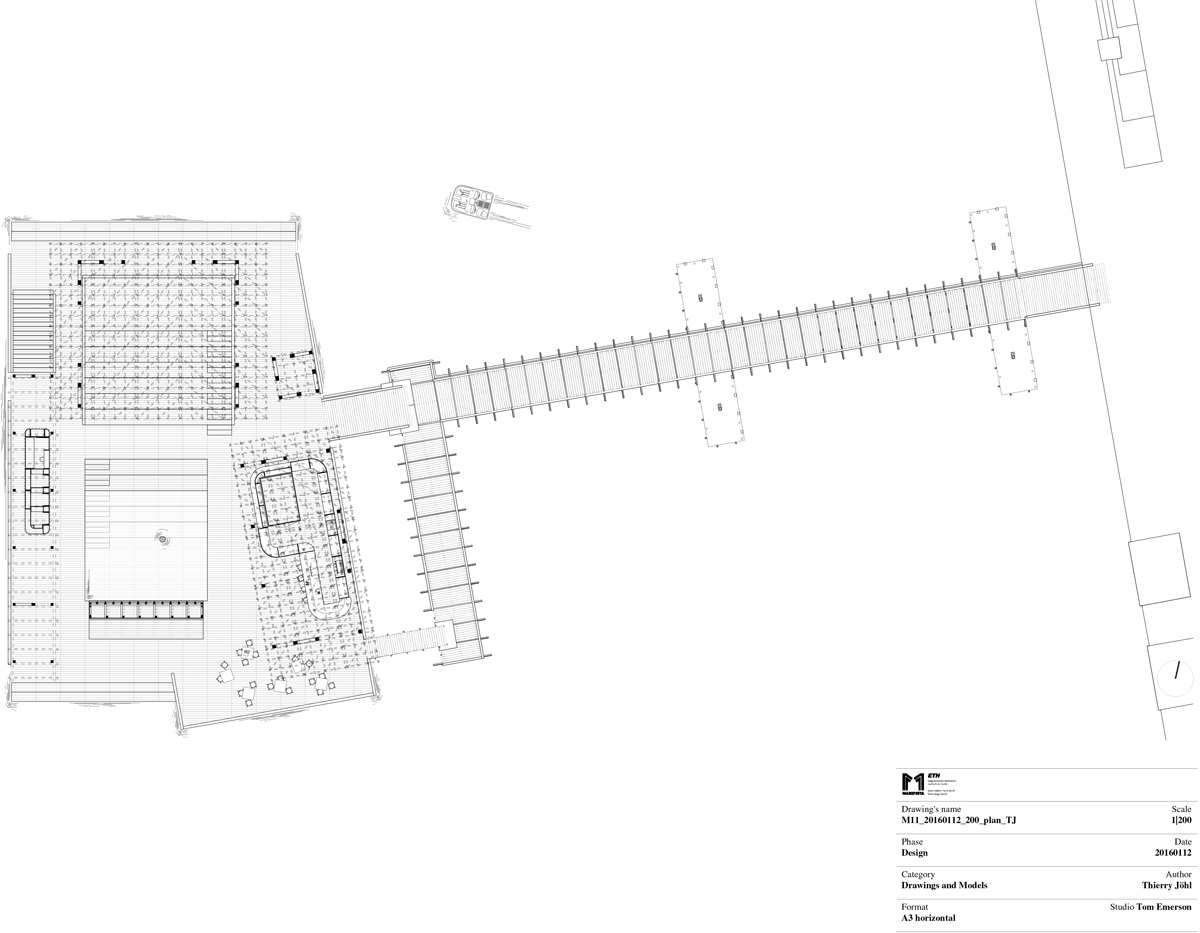 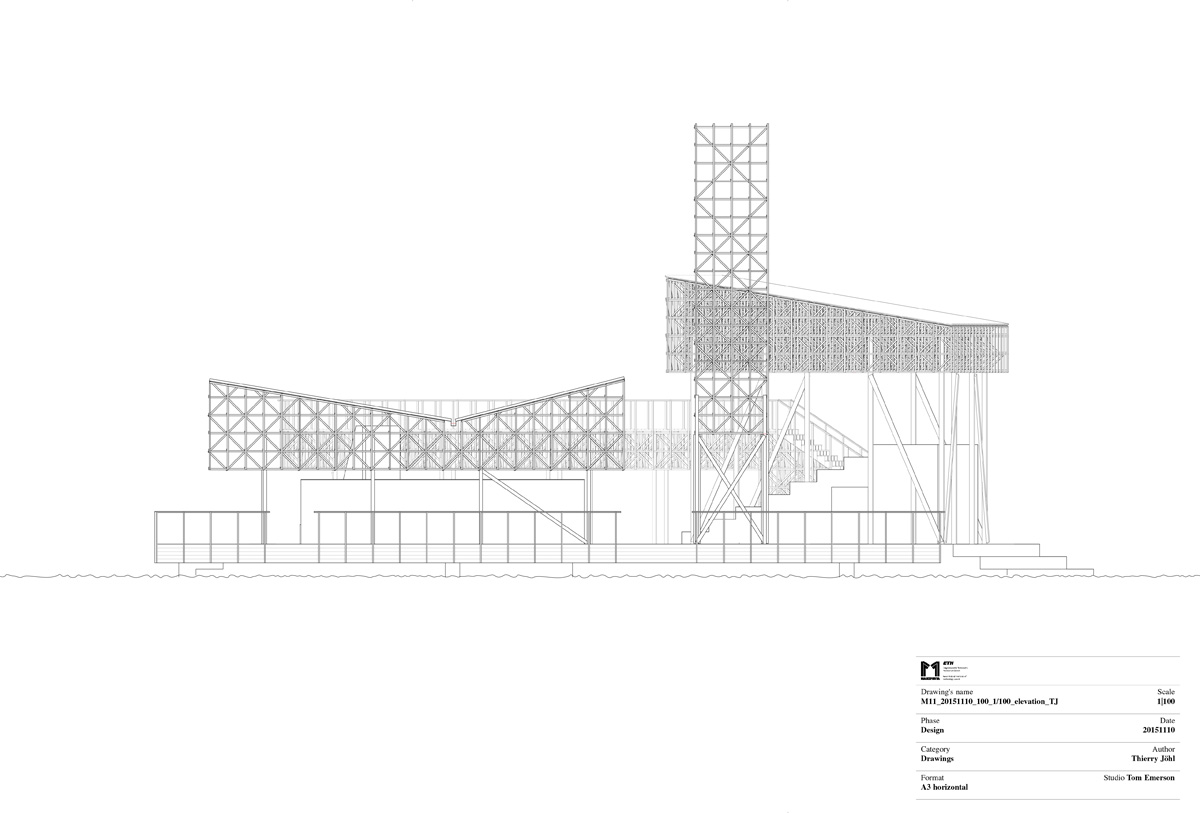 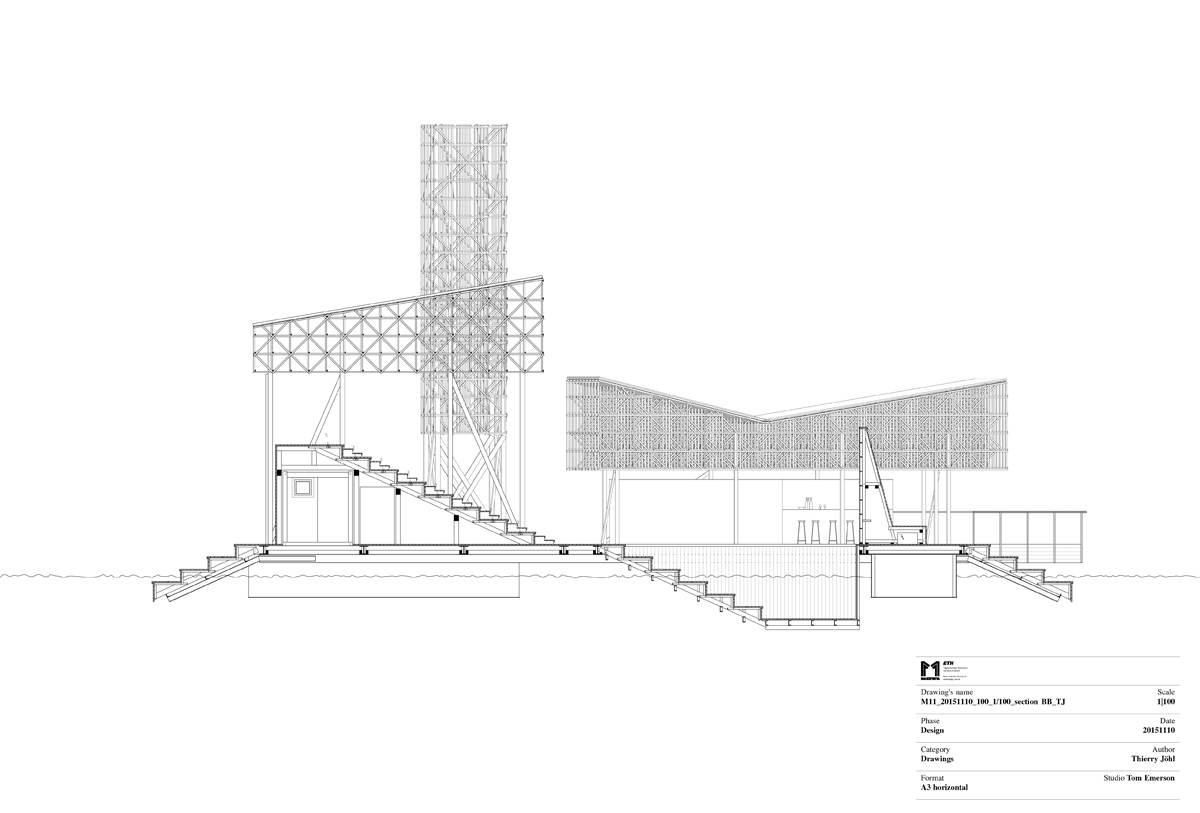 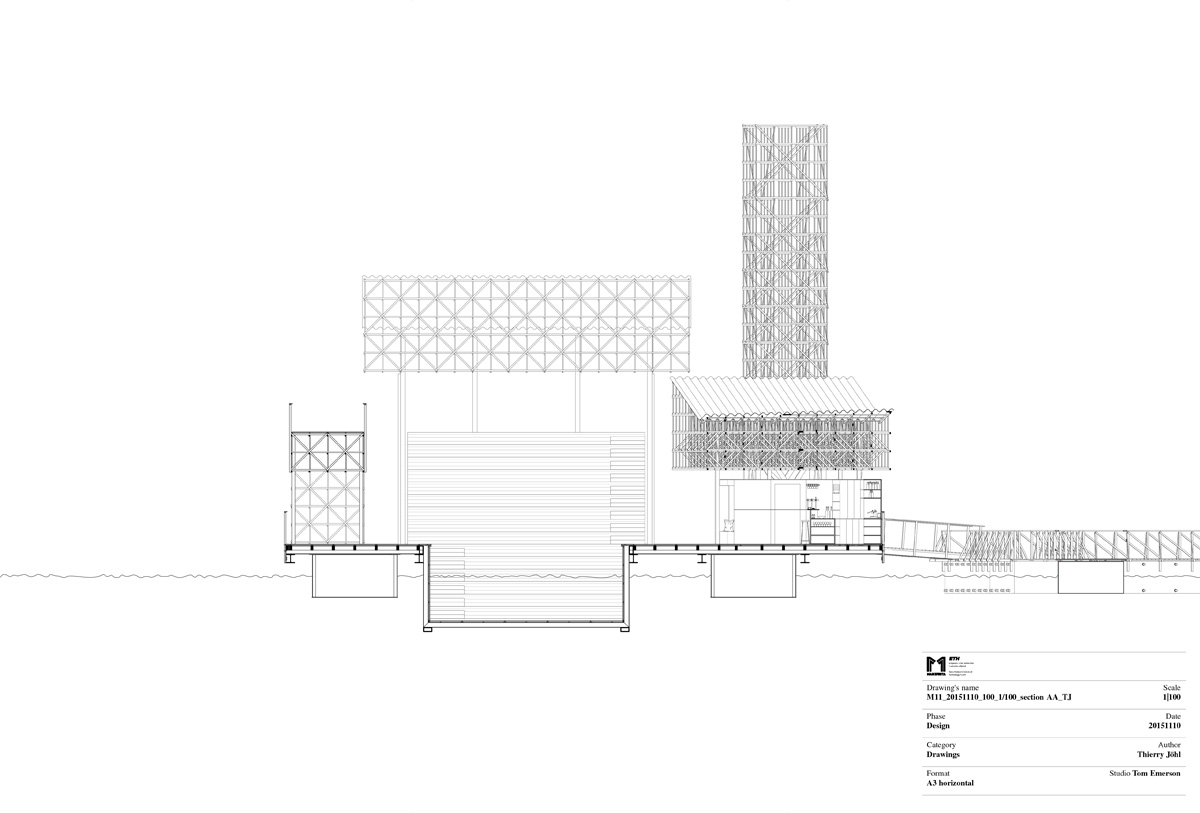 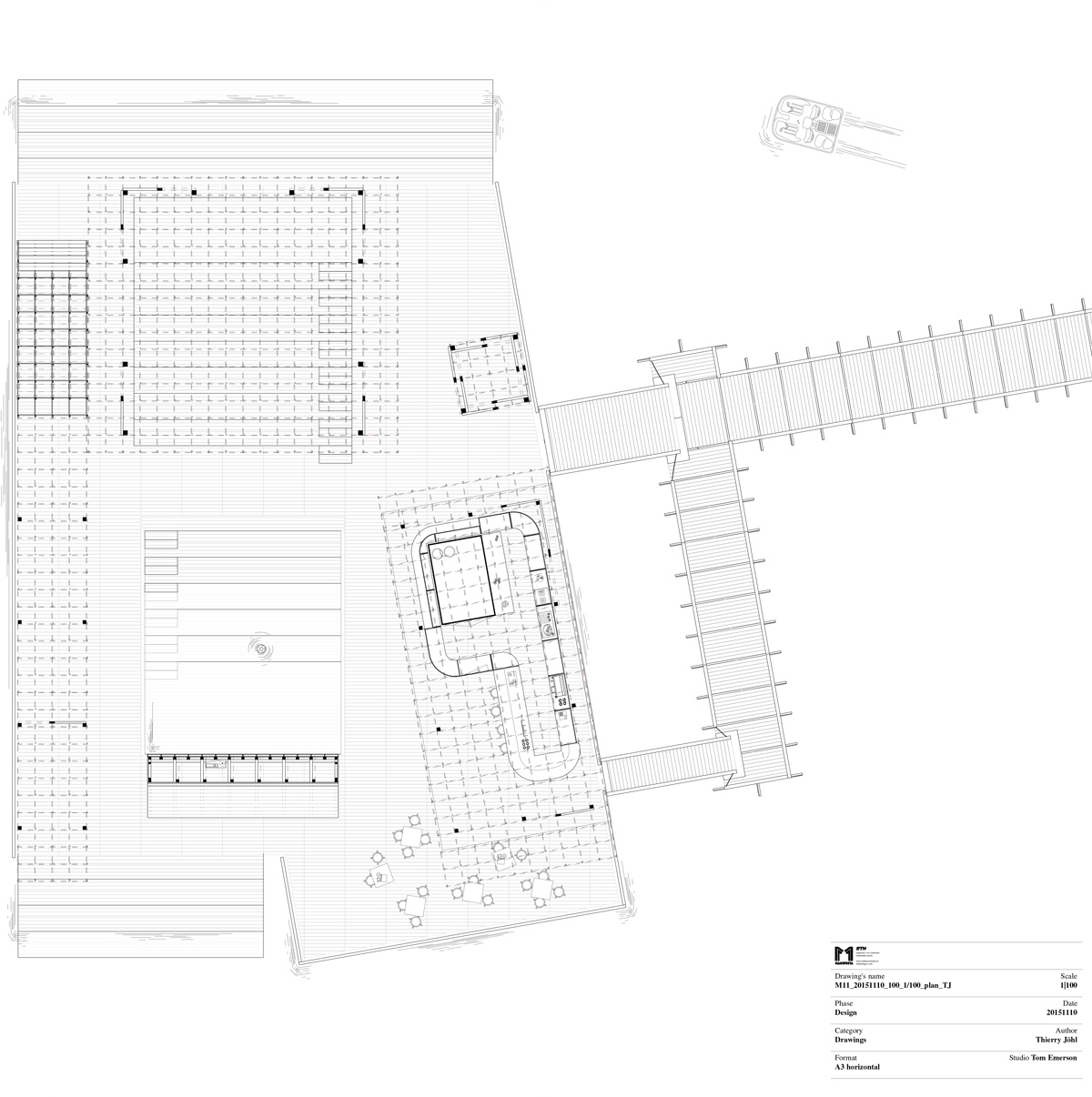 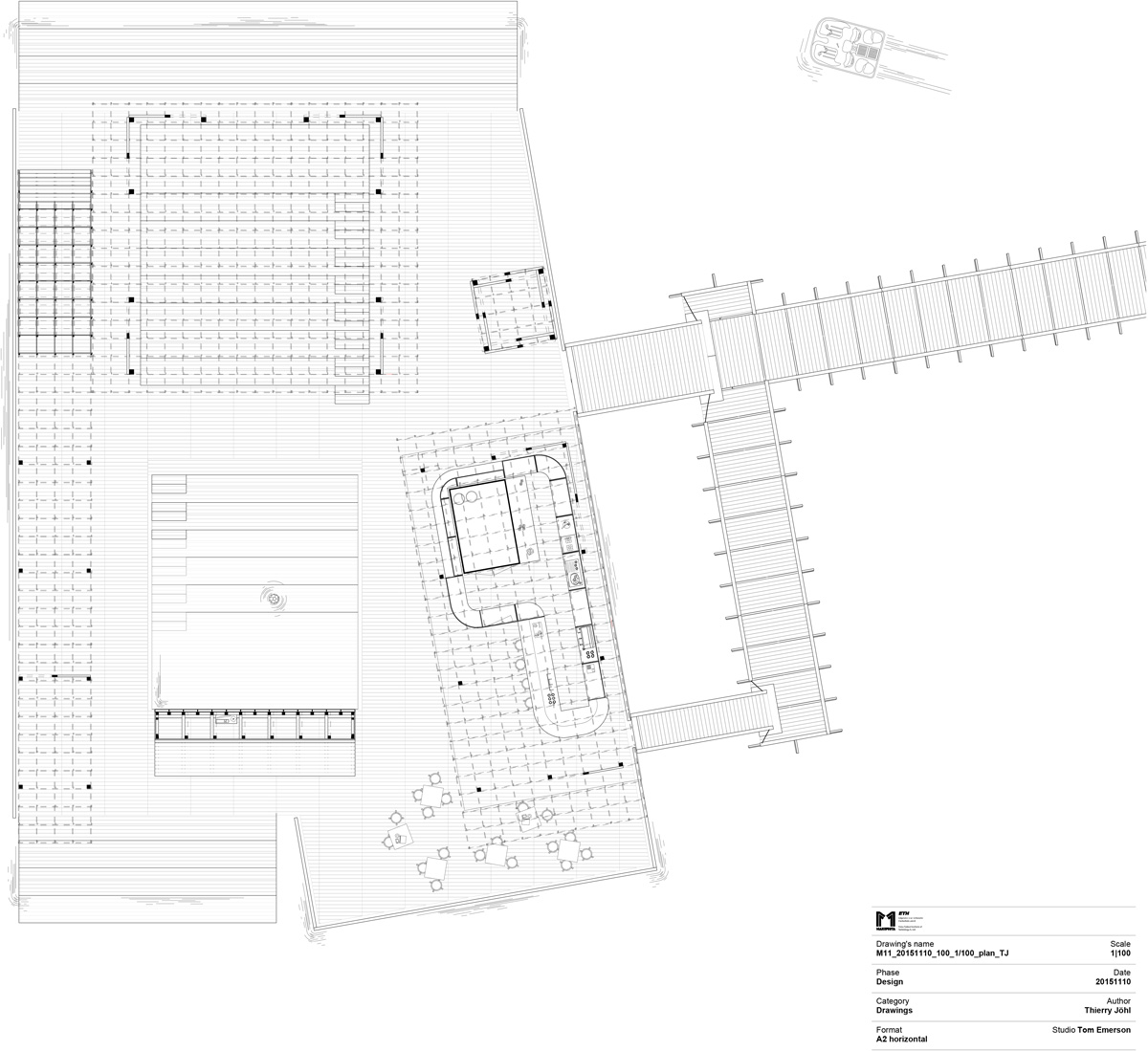 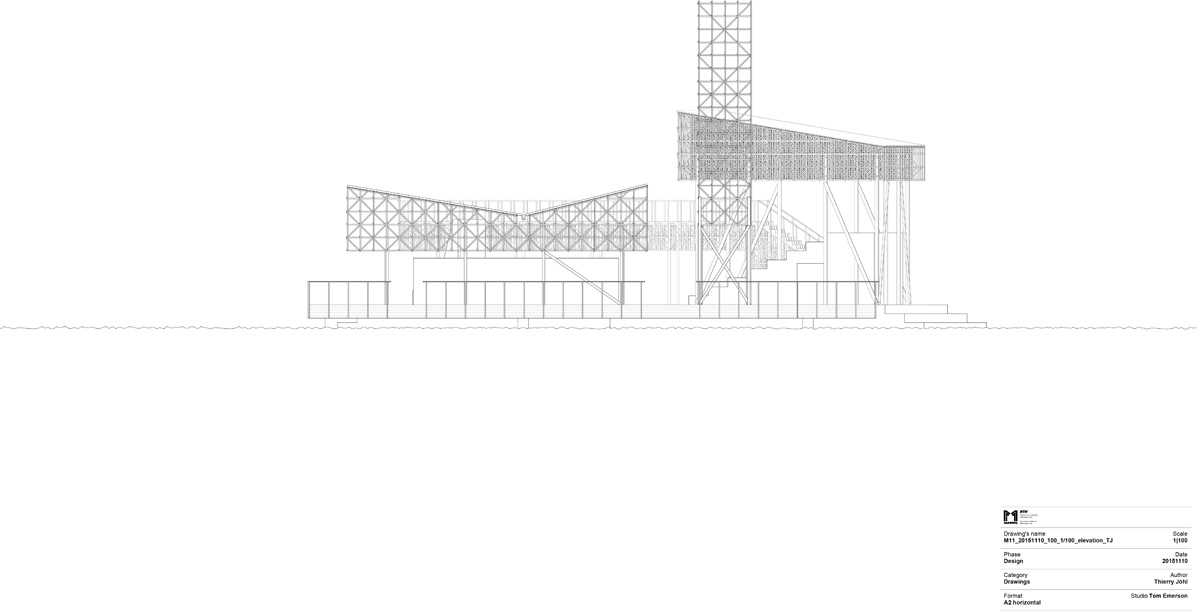 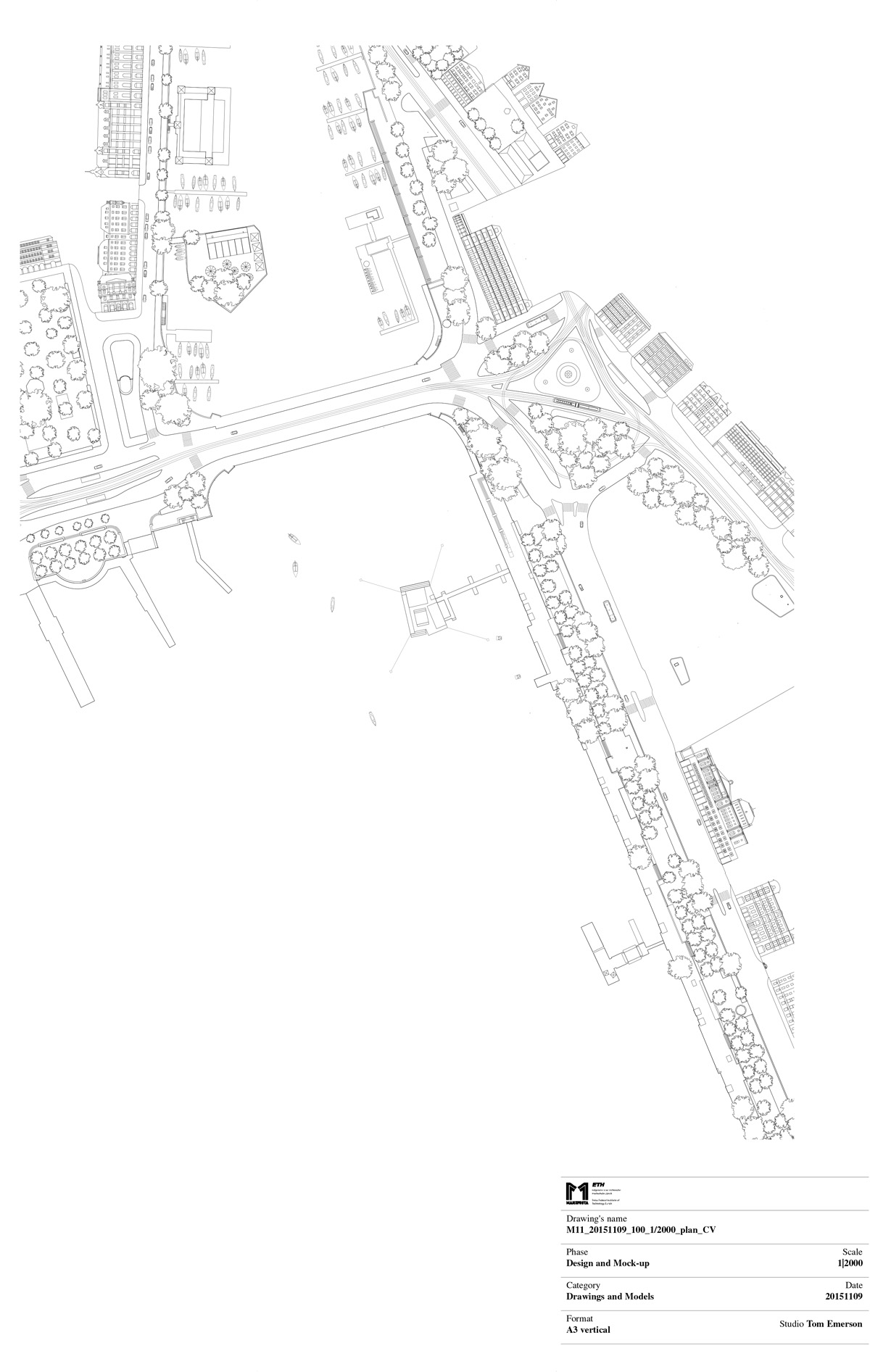 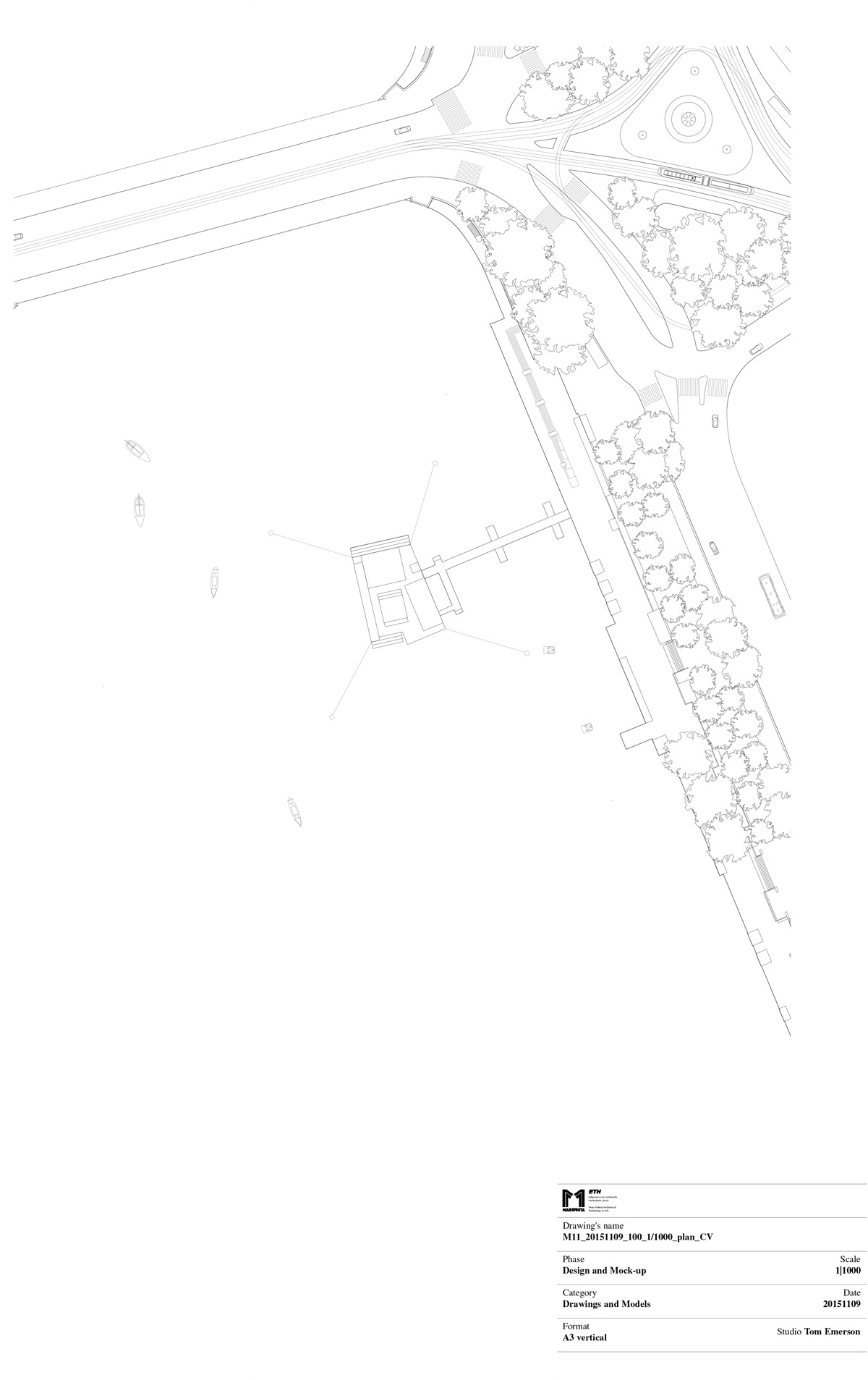