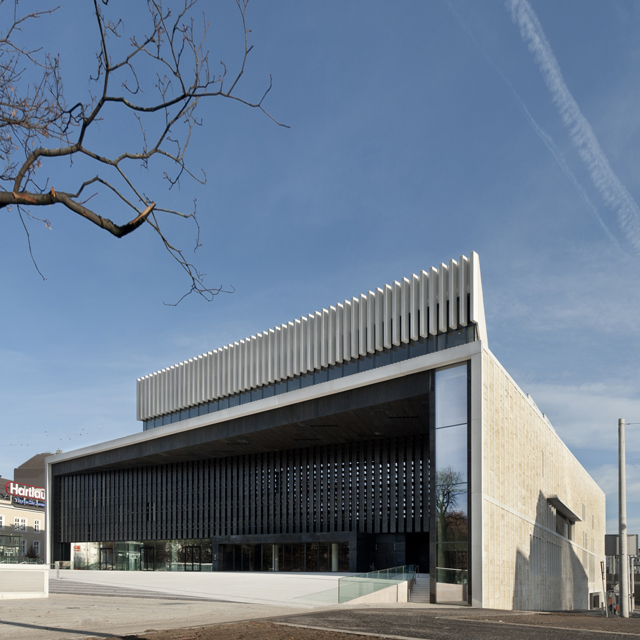 In order to allow the new Opera to open directly onto the Volksgarten, or ‘Peoples Park’, the project involved re-routing the city’s principal dual carriageway in the area of Blumau south of the city centre.

Together with the park, the new building will provide a cultural focus at the end of the primary pedestrian route through the City, connecting it to the Hauptplatz and the River Danube.

The vertical cadence of the façade has neoclassical overtones and this rhythm is further developed by the interior, with screens of increasing fineness being used to define the public areas and the main auditorium. 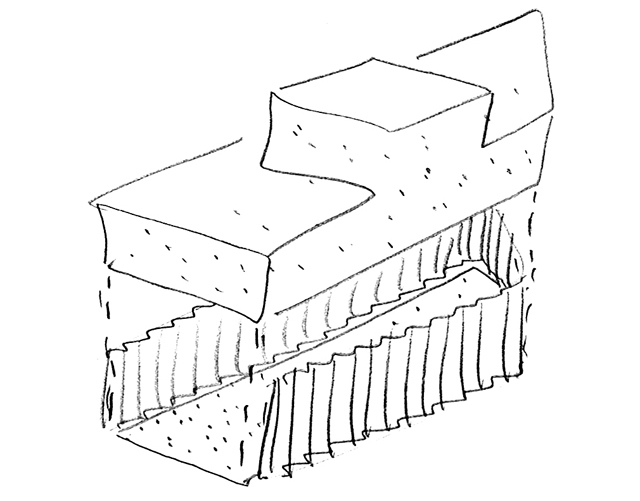 The façade is organized by vertical elements that wrap the building like a curtain drawn open as it faces the park. 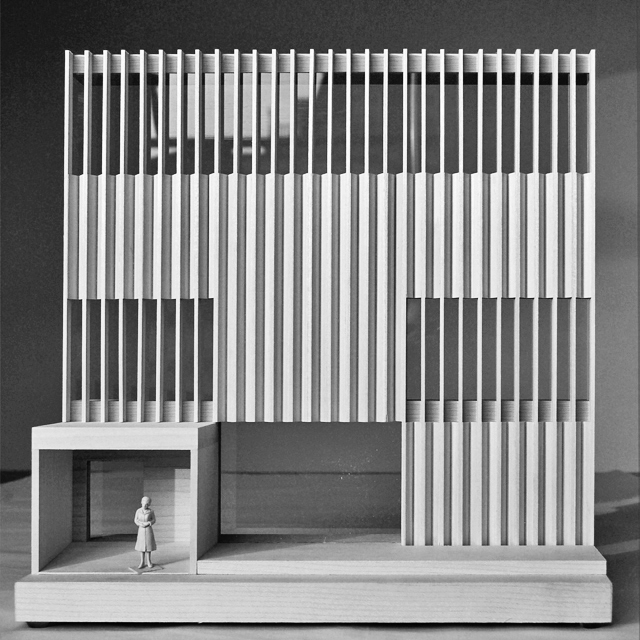 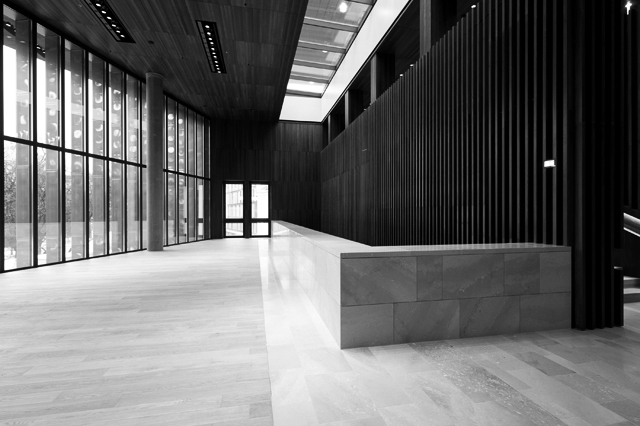 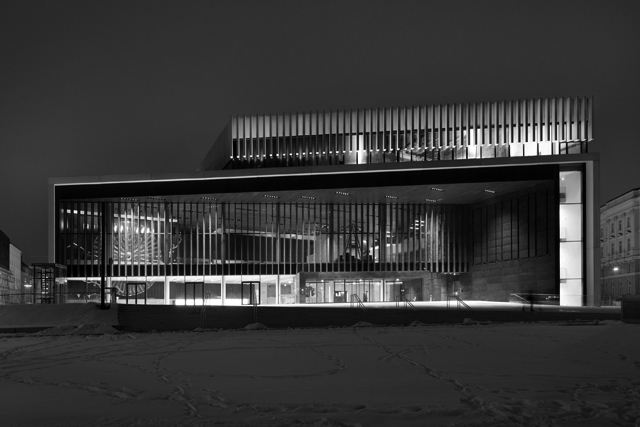 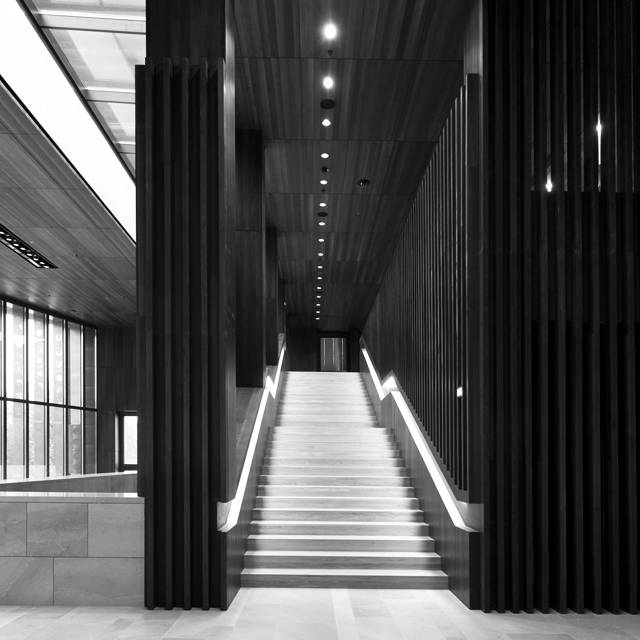 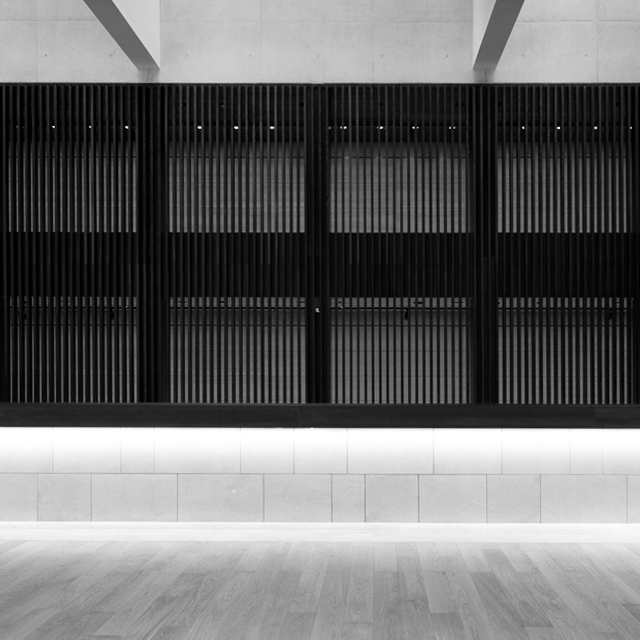 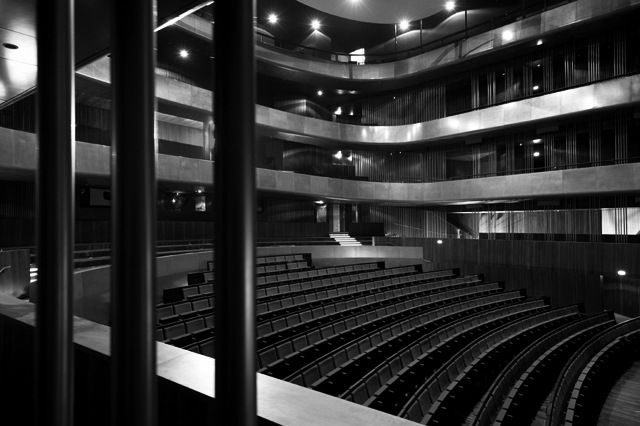 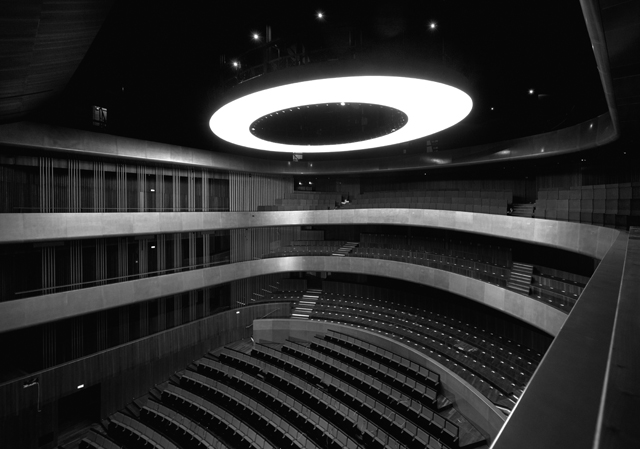 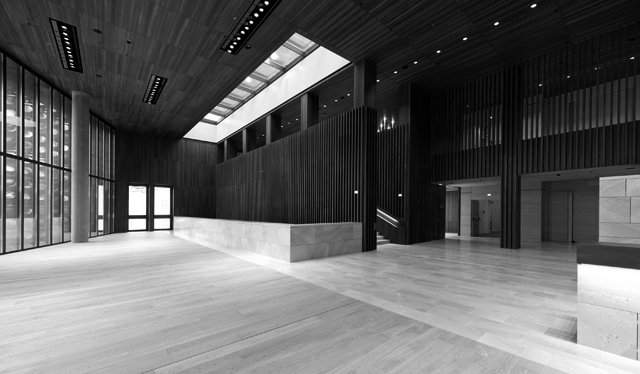 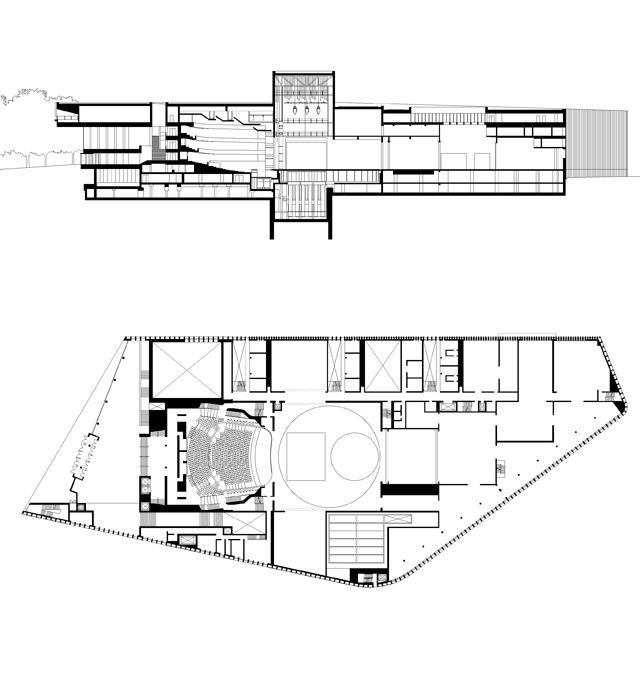 Public foyers face the park, with workshops and ancillary service spaces to the rear. To the north side of the building the dressing rooms and practice areas are organised along an internal street which is punctuated by three light wells dedicated to Ballet, Orchestra, and Choir. 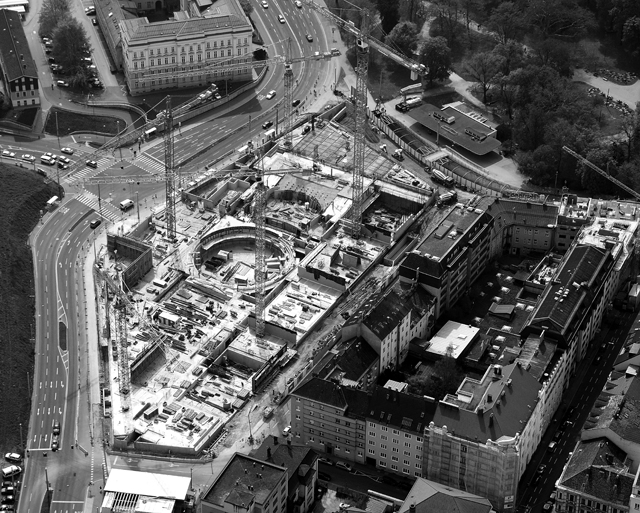 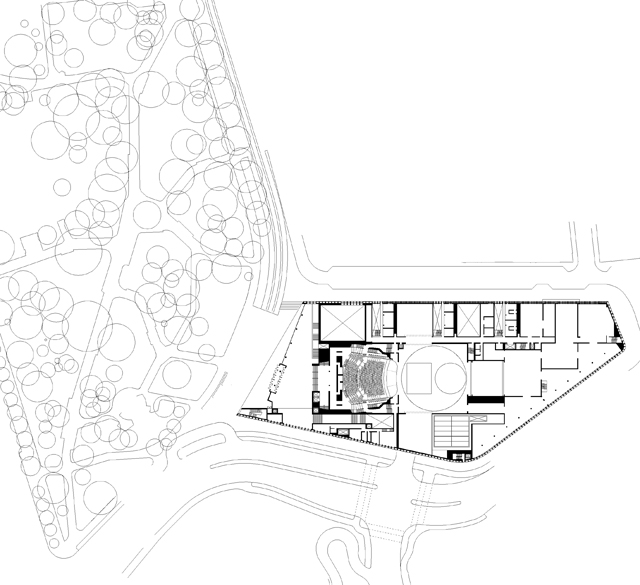