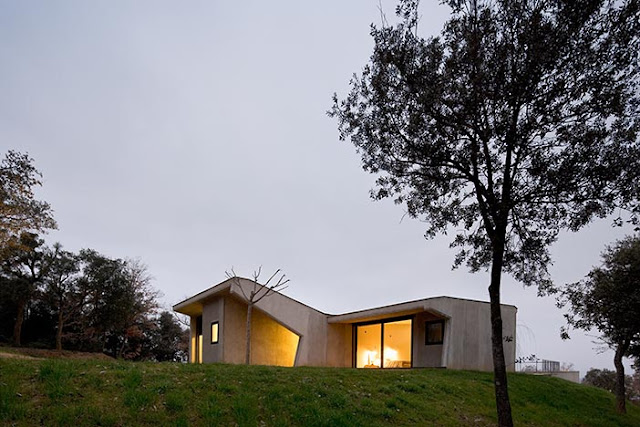 «The section was important in blending the house into the landscape. As you approach the building through the woods you pass amongst their vertical trunks, giving the impression of going through a hypostyle hall as you enter.

The location of the house amplifies the changing seasons. The woods serves as a screen or shutter as it allows more or less light to filter through. It serves as a drawn curtain in summer and an open one in winter when the leaves have fallen. Thus, the house interacts, not only, with the landscape but also with its natural changes.

When you reach the roof of the house, the trees top serve as a visual banister and we can thus interact with the far landscape which is hidden from us at ground level. We once again take in the landscape that we left behind us on arriving at the site.

The higher siting of the house allows for the wider forested area to remain inter-connected, thus preventing what remains of the forest from becoming an isolated island surrounded by houses causing the loss of the eco-system connectivity for plant and animal life of a continuous forested area.

The house, built for one person, was designed so that its 400m2 would not seem so large. The construction avoids the traditional square or rectangular form and was designed to become a series of smaller, contiguous cluster areas that dialogue with the surrounding environment, like clearings in a forest rather than a solid volume.

As the plot is rectangular we decided to build lengthwise partitions for walls, not unlike those of the stave of a music score. These serve as a basic structure around which the vegetation will interact with the habitable clusters. The visual paths created by these longitudinal walls form 5m wide habitable clusters and 2 m wide interior pathways.

And the visual lanes created by these walls set up lengthwise views of both close and distant panoramas, whilst simultaneously creating a visual separation from the neighbouring houses.

The so-called humid or wet areas, and storage elements such as wardrobes and cupboards are attached to these walls and accessed through transition areas which serve as filters between the pathways and each cluster. All of these elements will eventually be sewn together by a steel U-section which despite its non-linear form creates a trace of light.

We approach the house laterally rather than from the classic frontal view. Entering the plot through one of its perimeters and then turning into the house tangentially rather than head-on leaves a greater patch of forest untouched and exposes the language of the house, that is, the house as a continuation of the topography. 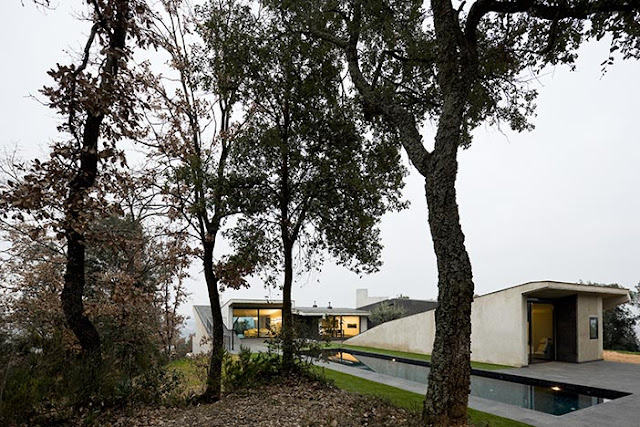 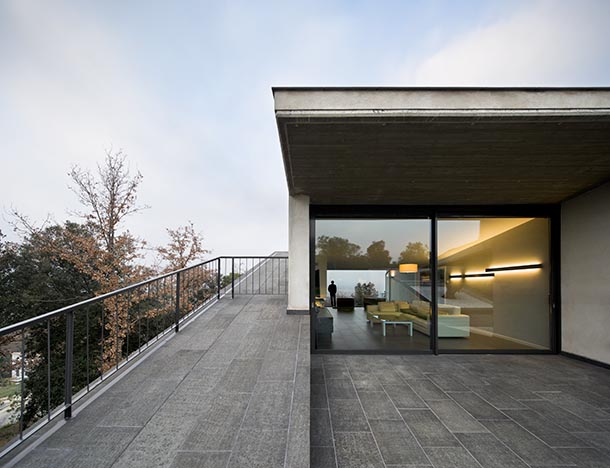 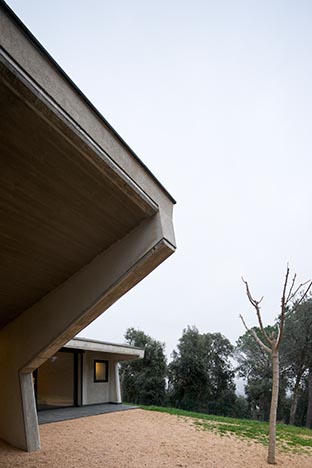 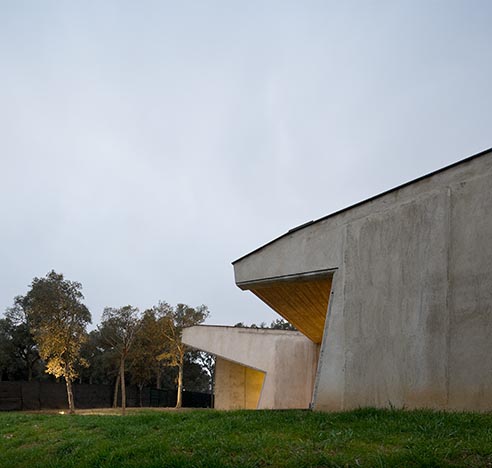 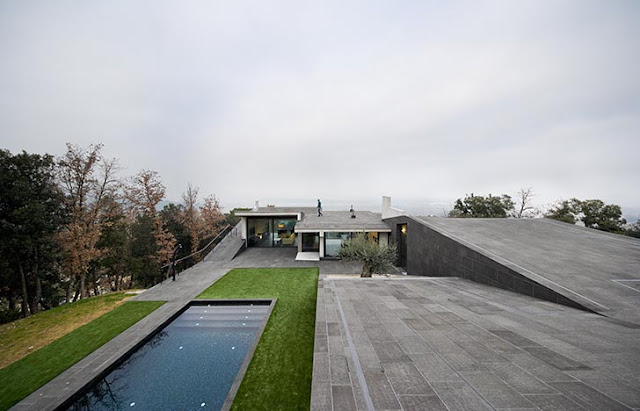 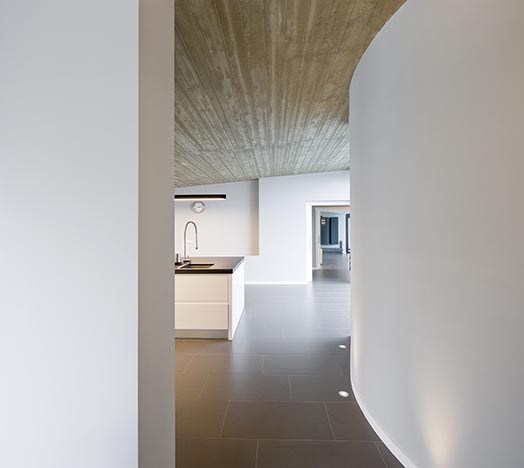 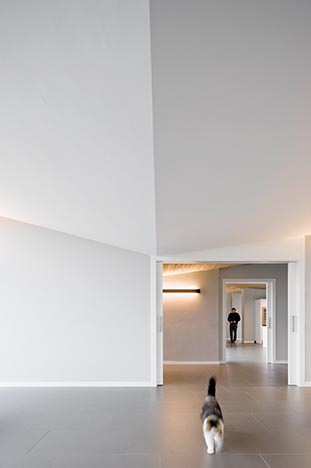 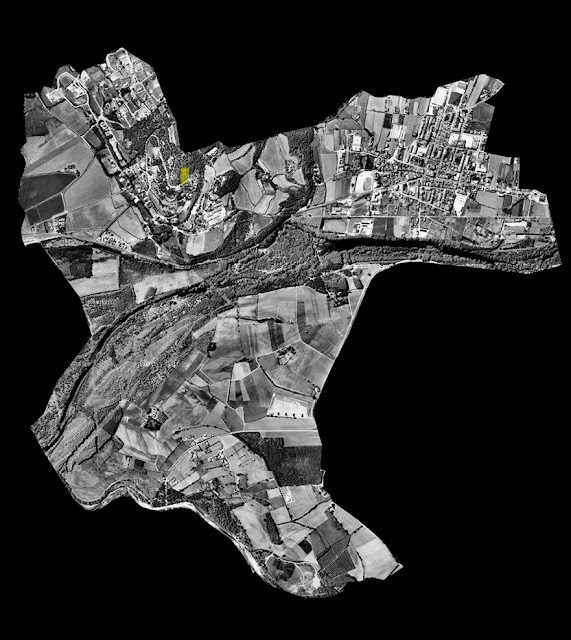 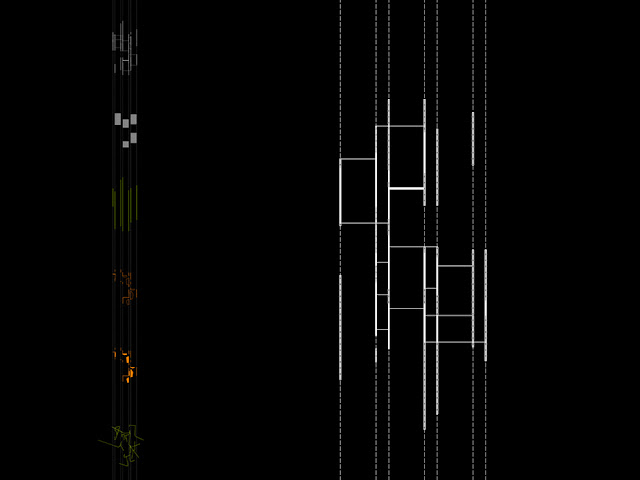 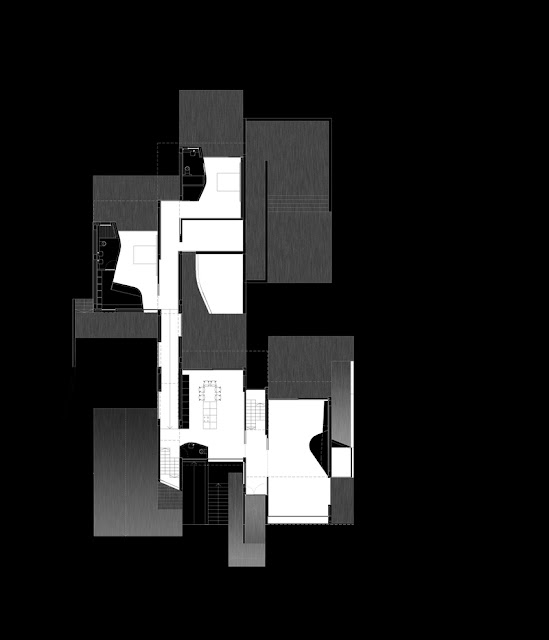 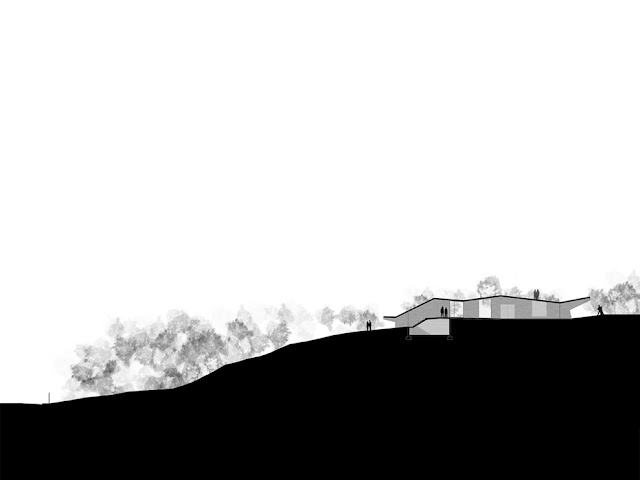 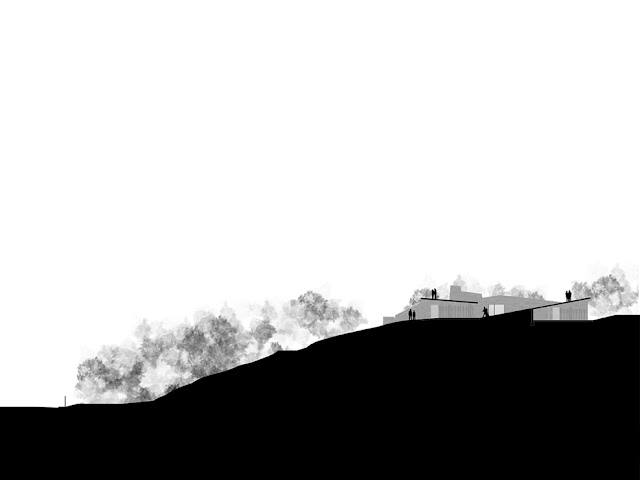 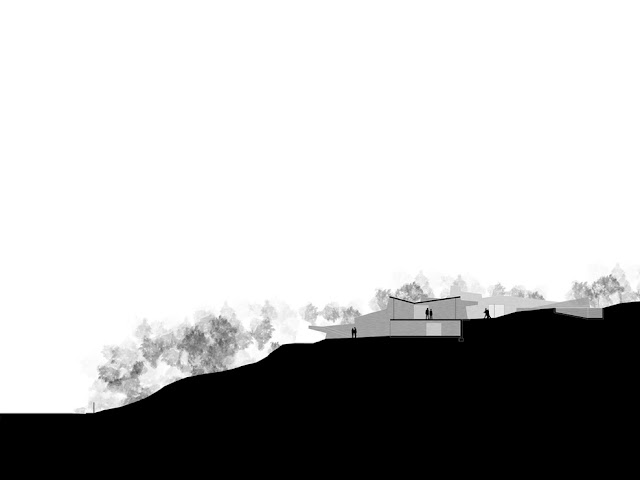