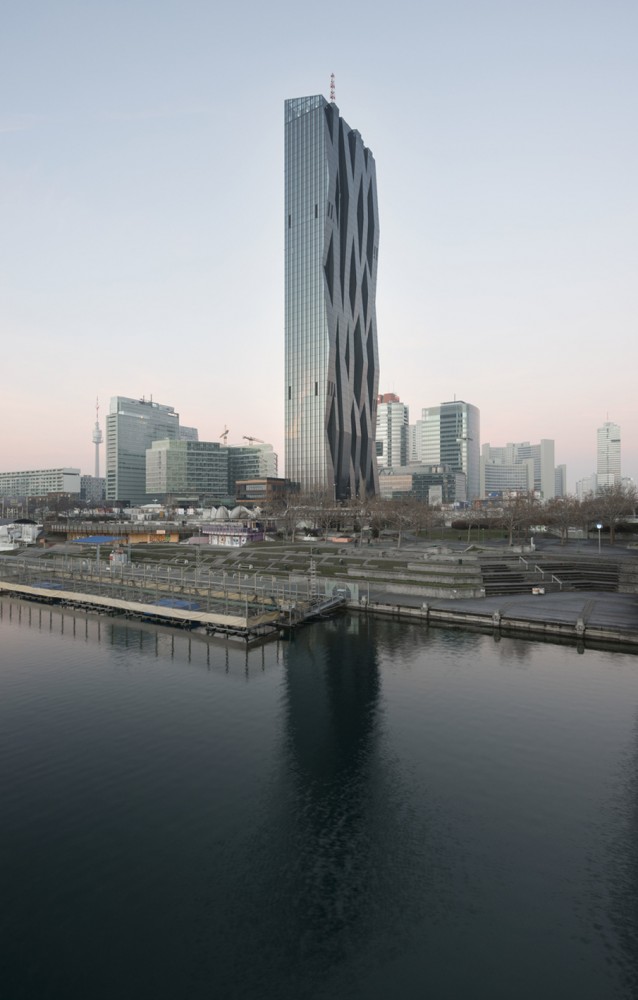 When an architect delivers a building it is always an extremely emotional moment, marked by the end of a long process of mediation, from absolute potentiality of early sketches to fine tuning in situ of final details. An actor, for a time, in the endless development of territories, the architect exits the scene. He hands over the controls to those he has been working for. This is the moment when architecture transitions from the intellectual, conceptual state to the fundamentally physical and real.

In Vienna, these feelings are magnified by the iconic character and extreme visibility of the DC Tower 1, but also by the history that binds me to the project. One beginning twelve years ago, in 2002, when WED held an international competition for the development of the last remaining section of Donau City, and a history which continues to be written.

From the start the project offered a site with incredible potential: an open terrain, facing Imperial Vienna, embedded in the geography of the Danube, lying on a plateau on the river’s eastern bank, like a bridgehead to two Viennas. But the site was not virgin territory as several previous projects had been conceived for it. So there was a conceptual “already there”, a thoroughly fascinating virtuality.

Very early on, what kindled my interest most in this site was the bridgehead with the rest of the Donau City district, with the river banks but also the conditions for breathing life into a public space on an esplanade. We took advantage of this commission to design a genuine entry gate to Donau City.

Reversing objectives for earlier development projects envisaged here, WED specifications called for a decidedly mixed-use program, an indispensable condition for germinating the contemporary urban vibration we were proposing to create in and around the towers.

The towers function as two pieces of a gigantic monolith that seems to have split into two unequal halves, which then open to create an arch with undulating and shimmering façades that bring the newly created public space to life in the void created there. Dancing on their platform, the towers are slightly oriented toward the river to open a dialogue with the rest of the city, turning their backs on no one, neither the historic nor the new Vienna.

Today, the first of the two towers is up and the result is quite amazing, thanks notably to the invaluable collaboration of the Hoffmann-Janz architecture office. The visual qualities of the folded façade create a new way to read the skyline of Donau City, its undulations signaling the entry point of this new polarity. The folds contrast with the no-nonsense rigor of the other three façades, creating a tension that electrifies the public space at the tower’s base.

The façade’s folds give the tower a liquid, immaterial character, a malleability constantly adapting to the light, a reflection or an event. For interior spaces, on the other hand, with Gaëlle Lauriot-Prévost, the associate designer, we have tried to make the building very physical and present. The structure is not hidden, does not evade the eye. The exposed concrete framework is touchable. Stone and metal used in lobbies and circulations contribute to the tower’s generous and reassuring physicality.

We have tried to avoid a tendency in contemporary architectural production to hide the architect’s real work, of sewing, suturing the project and contextualizing and anchoring it in the environment. Design emerges in a later phase. Towers floating above the ground are too severe, like architectural objects, objects in themselves. They must land, take root in the soil of cities, in places where their urban substance is found. The aim is to get the basic horizontality of the city and the public space to coincide with vertical trajectories. The work on the base and foundation of the DC Tower 1 was highly stimulating. Architectural arrangements determine the tower’s relationship to the ground. On the back façade, the public space rises from the level of the esplanade in a series of staggered steps to reach the ground reference plane. This structuring of topography launches the tower and creates a spatial interface accessible to all, making the occurrence of such a physical object both possible and acceptable. On the other three façades, metallic umbrellas gradually rise from the ground on the approach, softening the violence of the eruption and blending city and movement into the tower’s future. Important work on neighborhood fringes remains to be done to reveal the geographic features of this urban landscape and take better advantage of the river bank.

With this first tower the city of Vienna has demonstrated that the punctual and controlled emergence of high-rises can participate in creating the city and produce contemporary, economical, high-energy performance mixed-use buildings adapted to metropolitan business requirements and lifestyles. 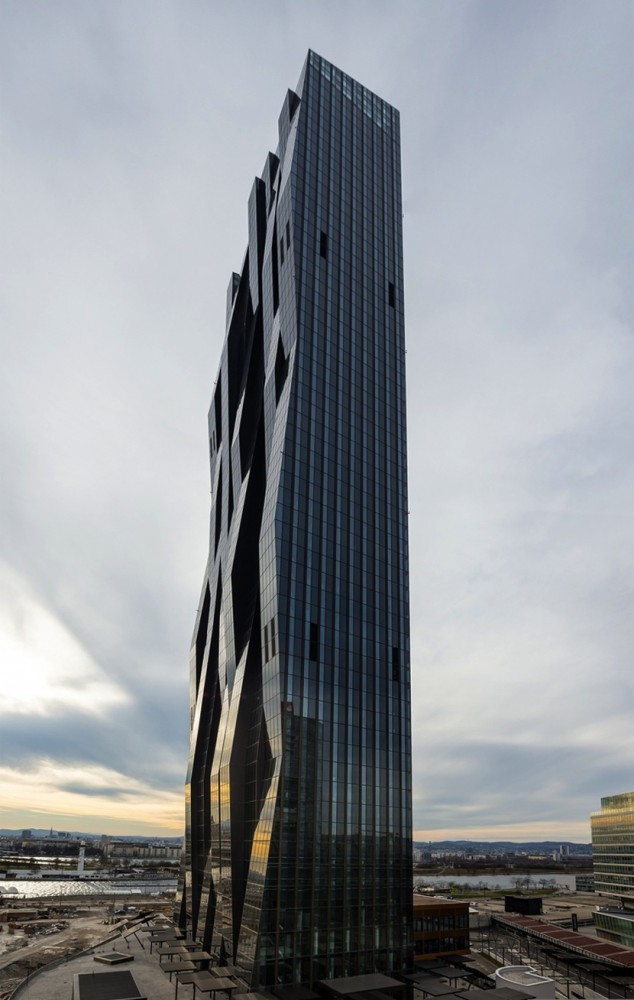 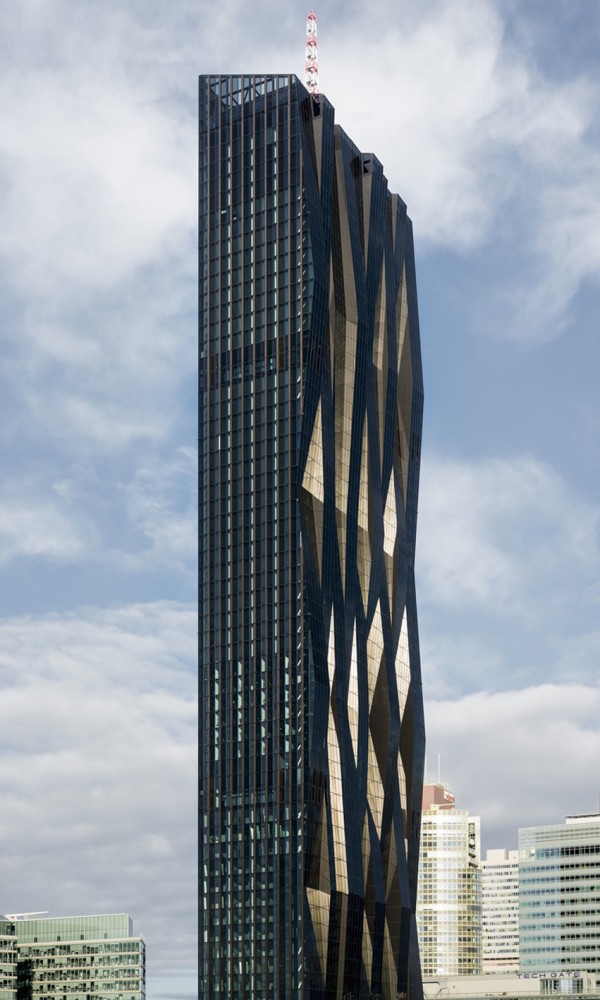